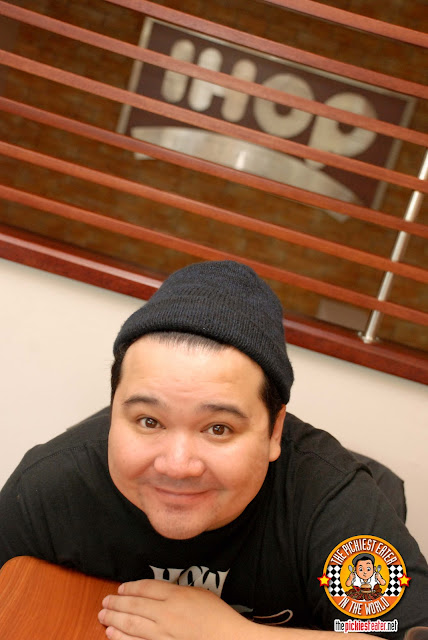 I had been sick a couple of weeks ago, but that didn't stop me from making my way to the newly opened IHOP at Bonifacio High Street. I could have had a severed leg and broken arm and I still might have asked Rina if we could pass by for some IHOP Buttermilk pancakes before we go to the Hospital ("It's on the way to St. Luke's naman eh").

Since we went at around almost 2pm, there wasn't much people any more.. that is, of course, if you consider being Number 6 in line and a twenty minute wait "Not so much People". (Considering the horror stories I've heard of two hour waits, trust me.. I'm thankful I only had to wait 20 minutes after we were told 30).

I hope someone is ready to go through the long wait because one of you lucky readers is about to go to IHOP armed with a P1,000 Gift Certificate. 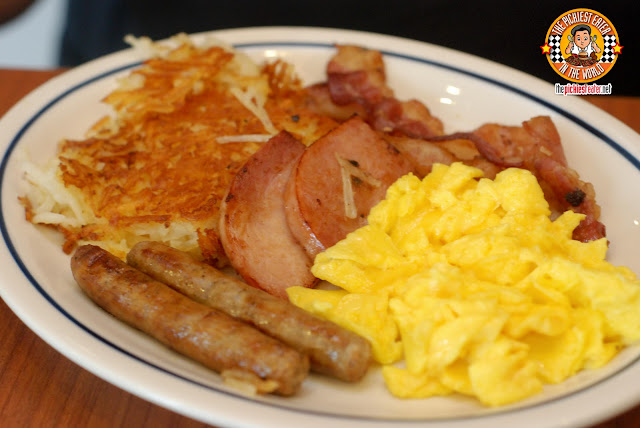 In case you were wondering what I ordered.. I had the Breakfast Sampler (P395). It consisted of Two eggs, (I chose scrambled), Hashbrowns, Two bacon Strips, two pork Sausage Links, and two pieces of Ham. The bacon and hash browns were good. I found the sausage links quite delicious, except maybe a little too scrawny for my liking. The ham had a nice smokey flavor, but was just a tad bit dry. Still a filling, and delicious breakfast nonetheless.

I had to go all Infomercial on you.... 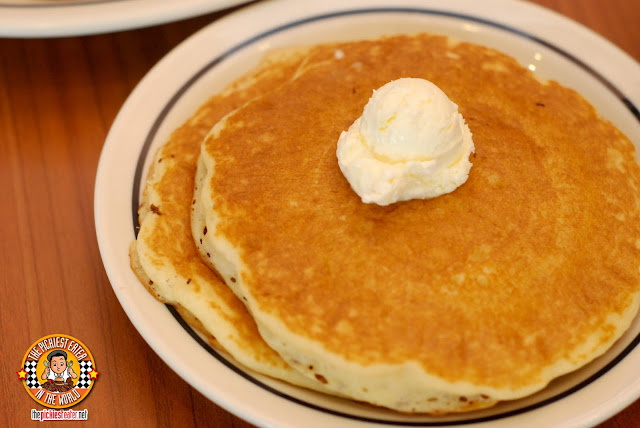 Ok Back to regular programming... 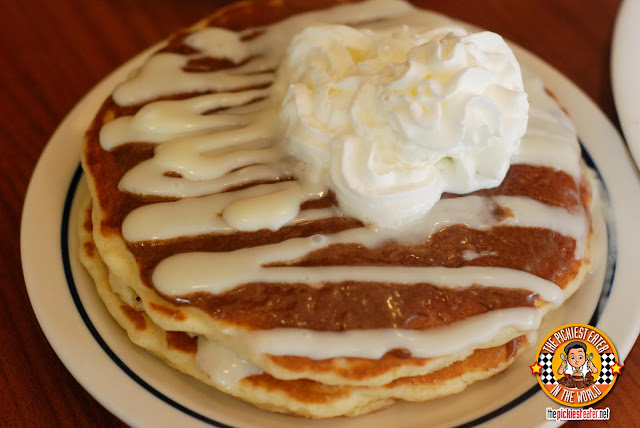 Rina ordered the Pick-a-Pancake combo (P385), which allowed her to choose from the roster of IHOPS Pancakes. She choose the  Cinn-A-Stack Pancakes, something she had already tried during the sneak eat at IHOP thatshe was able to attend before they opened their doors to the public.

Two buttermilk pancakes slathered in Cinnamon Roll Filling & topped with Cream Cheese icing and a whipped topping. It puts the "SIN" in "CINNAMON". (That actually works better when you say it.. Not so much when you read it.. whoops hehe). 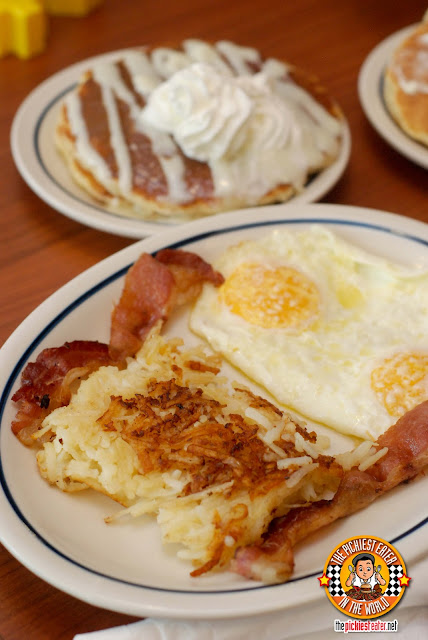 The Pick-a-Pancake Combo also includes a platter with Two eggs, (Rina wanted hers sunny side up), Hashbrowns, and a choice between two bacon Strips or two pork Sausage Links (She choose bacon.. Duh) 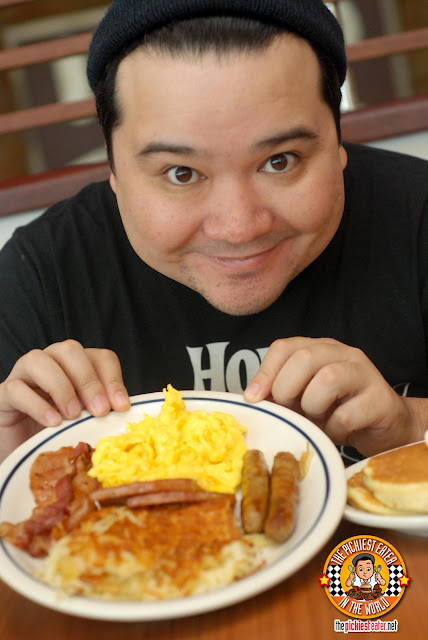 And the winner of the Pickiest Eater's IHOP GC Giveaway is...

I'll email you within the week regarding when you can pick up the GC's from my office in Makati! Congratulations!!


Thank you to everyone that joined!

Stay tuned, we've got some more giveaways coming up!

Also, please check out Rina's Blog, rinasrainbow.blogspot.com..
She's going to be holding some giveaways as well!
Please like her FB page and follow her on Twitter!

Posted by The Pickiest Eater at 3:14 PM