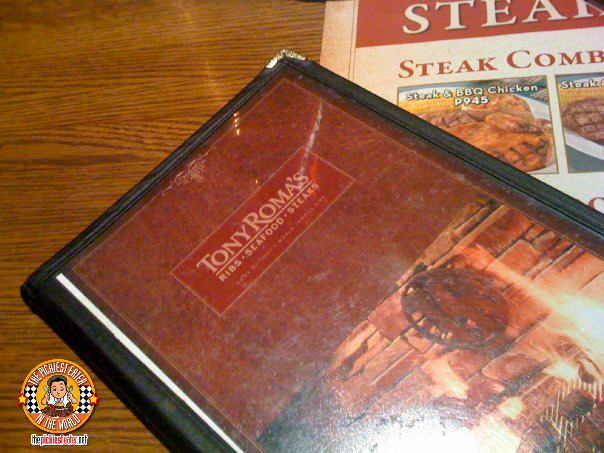 Bring on the Bacon!
Posted by The Pickiest Eater at 7:22 PM 2 comments:

WAITING FOR MY JOHNNY ROCKETS TO COME 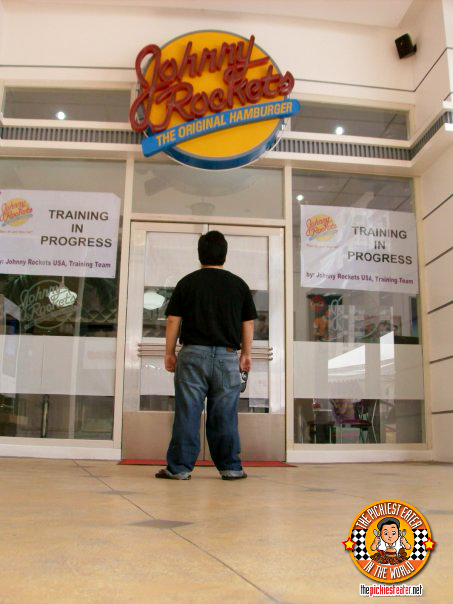 I'm just a boy.. Standing in front of Johnny Rockets.. asking them to open...

Rina and I were walking down along the new building of Eastwood when we came across the "Coming Soon" sign with the Johnny Rockets logo on it. as expected, I totally lost my freaking mind. I had been to Johnny Rockets 12 years earlier, in the summer of 97' when my Ninang Pochay took me, my dad and bro to the branch in Beverly Hills. When you consider that it was 1997, and the only burgers the country only really knew back then were the Champ and the Big Mac, feasting on a burger as huge as the Double Smoke House was a life changing moment for me. And their shakes were awesome.. It was the first time for me to be given the extra shake in the silver canister, so yeah it was a big deal.

Bring on the Bacon!
Posted by The Pickiest Eater at 6:16 PM No comments:

WHO IS THE PICKIEST EATER IN THE WORLD? 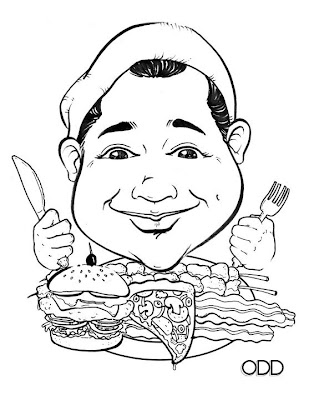 Hello. My Name is RichieZ. And I am the Pickiest Eater In The World.

You don't believe me? Ask my mom. Ask my Wife. Ask my "Yaya", that used to cook for me when i was growing up. Ask them who's the pickiest eater that they know. I guarantee you that they would - without batting an eyelash, and with the sense of conviction that would make Martin Luther King Jr. tremble in his boots, - tell you that, without a shadow of a doubt, it is me. I don't think there's anyone else in the world that comes close.

Bring on the Bacon!
Posted by The Pickiest Eater at 10:08 AM 2 comments: