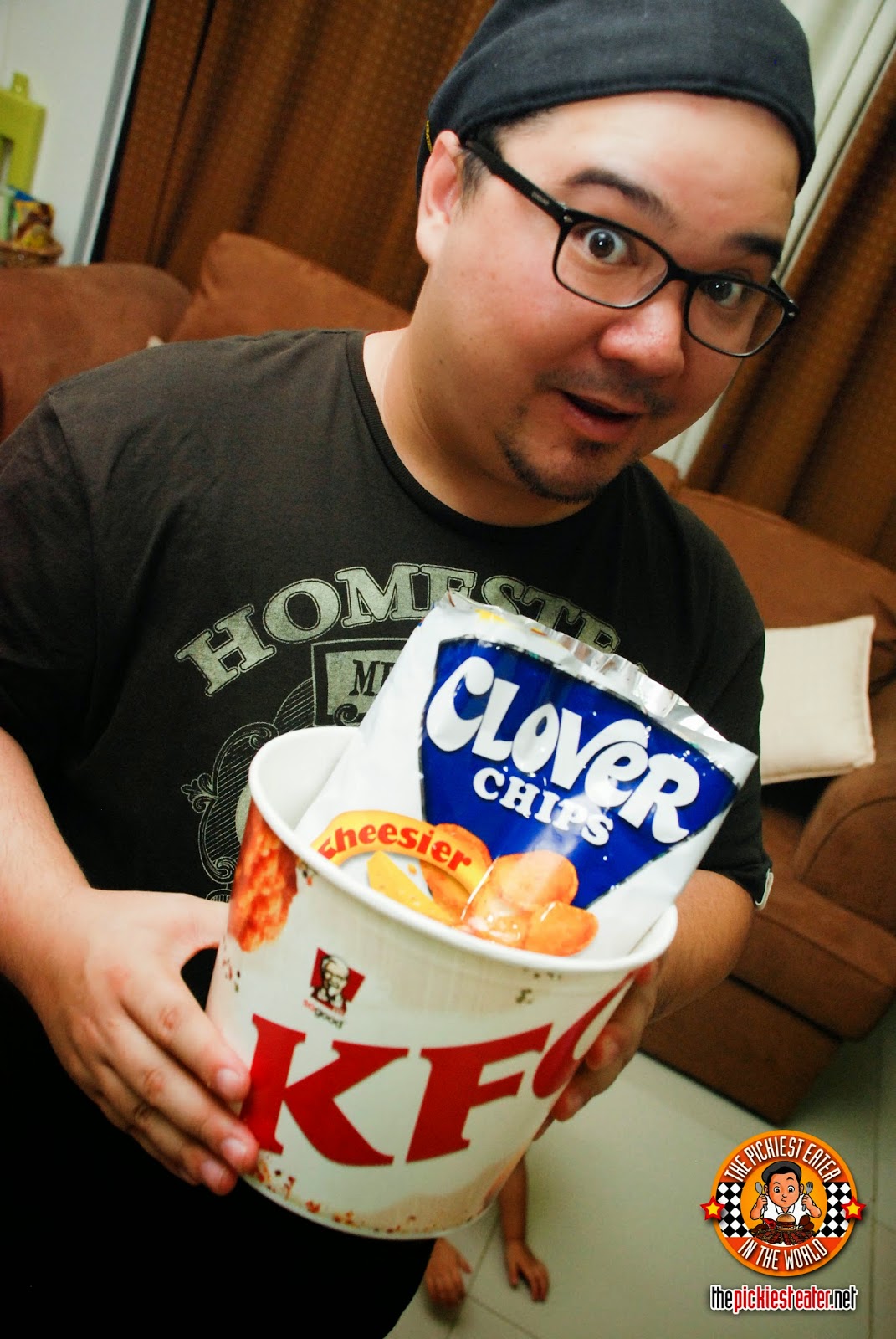 I would first like to say that KFC is one of my favorite fastfood chains. I like their original recipe chicken and lots of gravy (though admittedly I liked the gravy better years ago). So when I was browsing Facebook a few days ago, I was intrigued upon seeing their new KFC Crispy Cheese Chicken using Leslie's Clover Chips! A very unusual combination which of course immediately called my attention.

We Filipinos are familiar with Leslie's Clover Chips. It's been a popular snack and has been around for a long time. It's one of those snacks that's enjoyable to share with your friends. I guess that's a huge factor as to why the add immediately caught my attention. In fact I remember asking Richie that day if we could have it for dinner. We never really got around to ordering it, but a few days later, KFC also sent us a bucket for us to try! 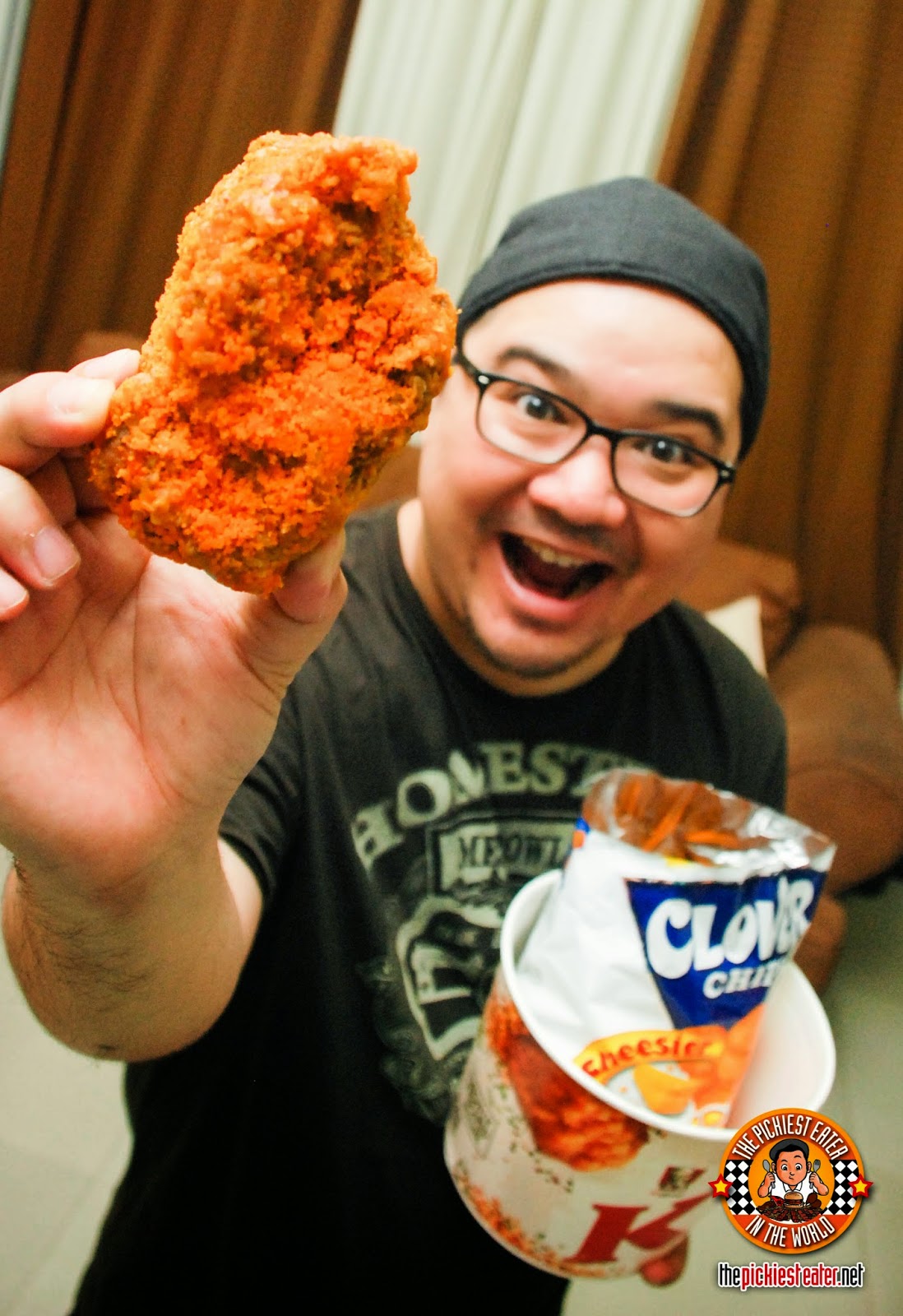 Crispy chicken marinated in real Clover Chips cheese bits. It really does sound like an interesting idea. You can really see the orange cheese powder all over the crunchy chicken. But as enticing as the Clover Chips part sounds, it didn't work as well as we had hoped.

It technically tasted like crispy fried chicken sprinkled with cheese powder. There was nothing there in terms of flavor to really tie it up to Clover Chips. If our KFC Bucket didn't come in the bag of Clover Chips, I wouldn't have been able to connect the two together. 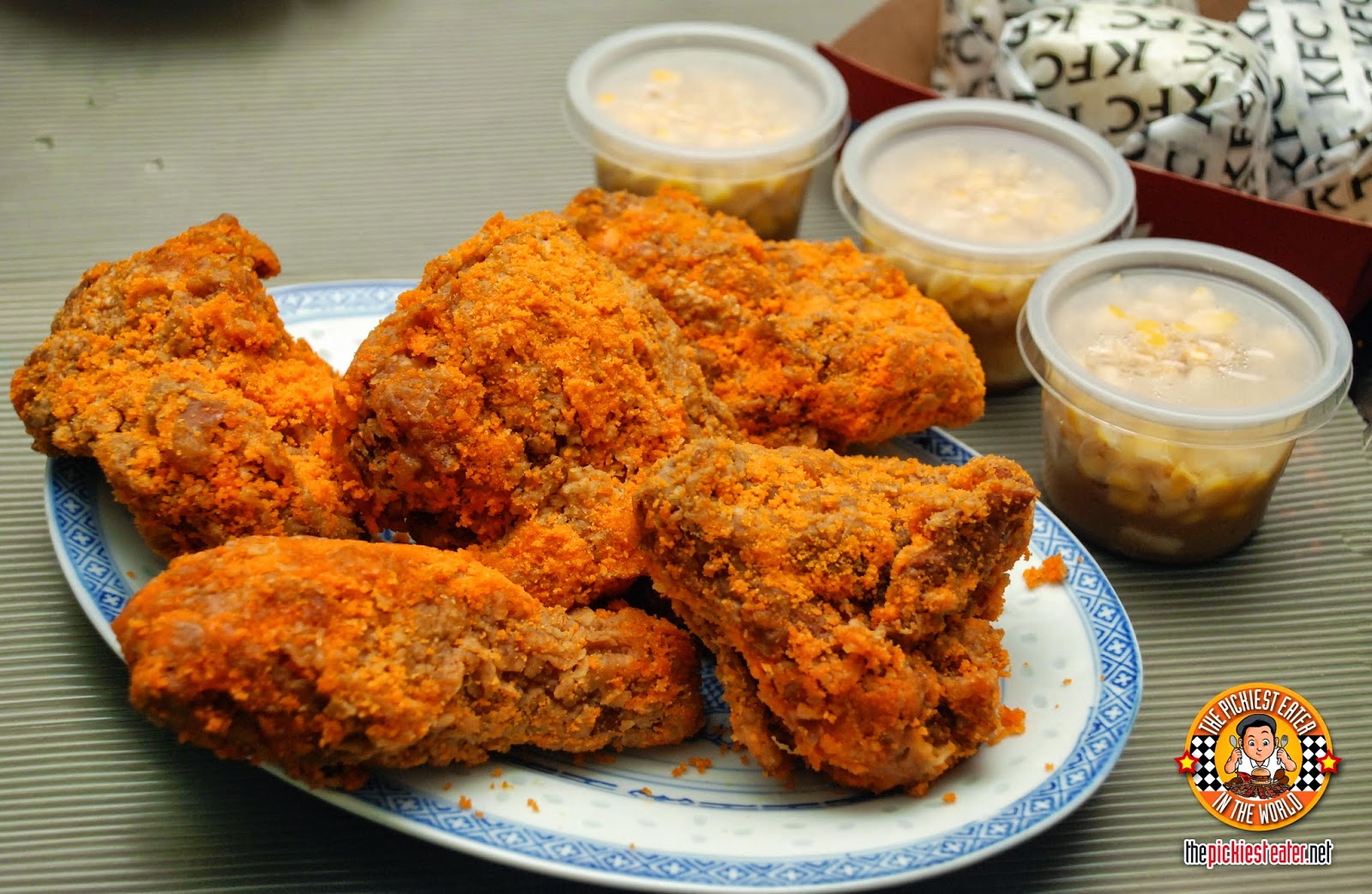 Truthfully, it wasn't so bad. But since Richie and I hold KFC to higher standards when it comes to Fried Chicken, we weren't particularly impressed. Although admittedly, it was better when paired with the rice, and Baby Rain seemed to like it because she ate a lot compared to other days.

But personally, Nothing beats the Original 11 herbs-and-Spices recipe!

Nonetheless, It's always better to try it so you could decide for yourself if you like it or not!

This one might not have hit the mark, but props to them for consistently trying to think out of the box.

Many people in The Pickiest Eater Facebook feed commented that they could have come up with a better concept. The good news is, you actually also have a chance to come up with your own unique KFC creation entry! Just Tweet your ideas to KFC Philippines using the hashtag #KFCCoCreations for your ideas, and your creation could just be the next one to come to life!

And yes, in case you were wondering, Richie already sent in his "Bacon Wrapped Original Recipe" Concept.
Posted by Unknown at 10:58 AM