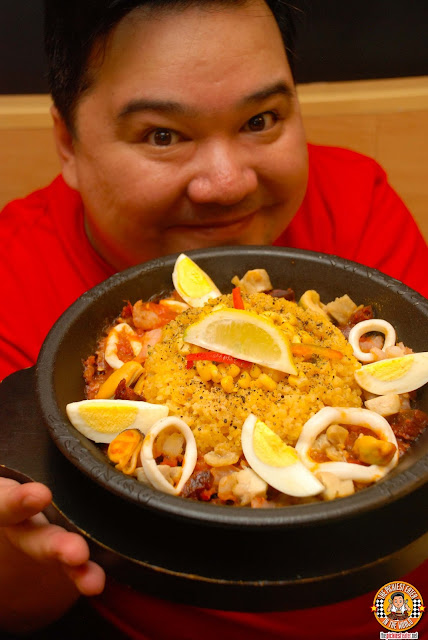 After wowing our taste buds with their successful "Taste The World" series, Pepper Lunch is back with a new set of sizzling plates that is undoubtedly going to be another hit!


Often thought of as a "Sosyal" dish, Pepper Lunch manages to capture the vibrant flavors of Paella, but with the sizzling Pepper Lunch treatment that it's long been known for.. All affordable prices! 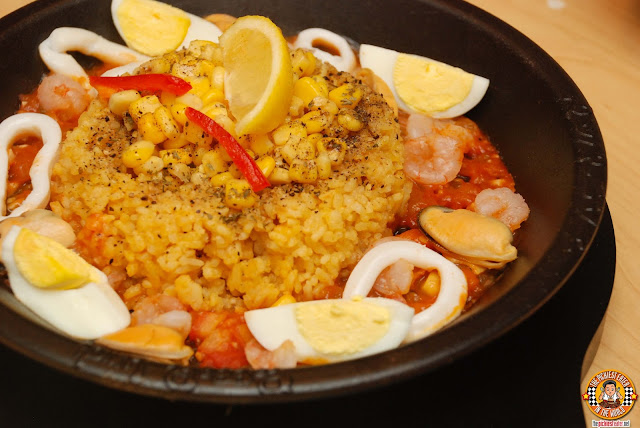 Pepper Lunch's Paella Festival Series comes in three different variants. including the Seafood Paella (P335).  Resting in the center of your sizzling stone plate is the familiar Pepper rice topped with golden corn kernels. hower, running along the sides encircling the rice, are a medley of fresh seafood, such as shrimp, squid and mussels, all laying on a robust tomato sauce bed.
Completing your Paella experience are hard boiled egg slices, and a wedge of lemon that you may drizzle over the rice if desired. 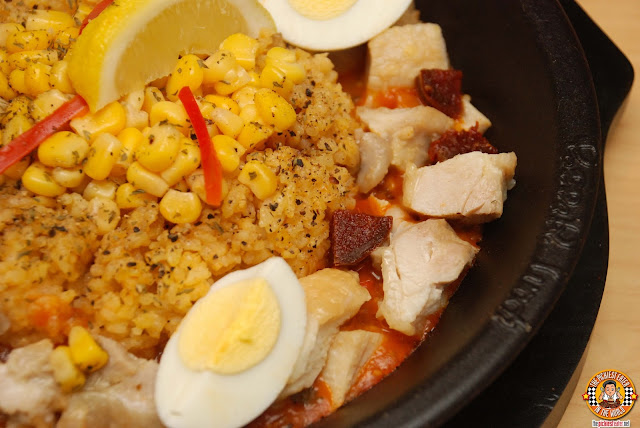 My personal favorite, was the Chicken and Chorizo Paella (P315). The combination of the juicy chunks of chicken, and the remarkably flavorful bits of Chorizo was amazing, with the corn topped pepper rice giving it the definitive Pepper Lunch Stamp. 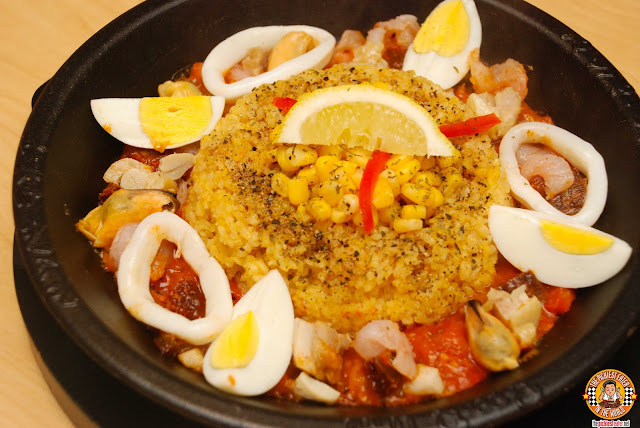 If you can't choose between the two variants, you could opt for the Supreme Paella (P355)! The Supreme fuses everything you love about the Seafood and Chicken and Chorizo Paellas, into one, ultimate sizzling Paella dish! Think of it as the "Devastator" of the Paella Festival (Transformers Geeks will get it). 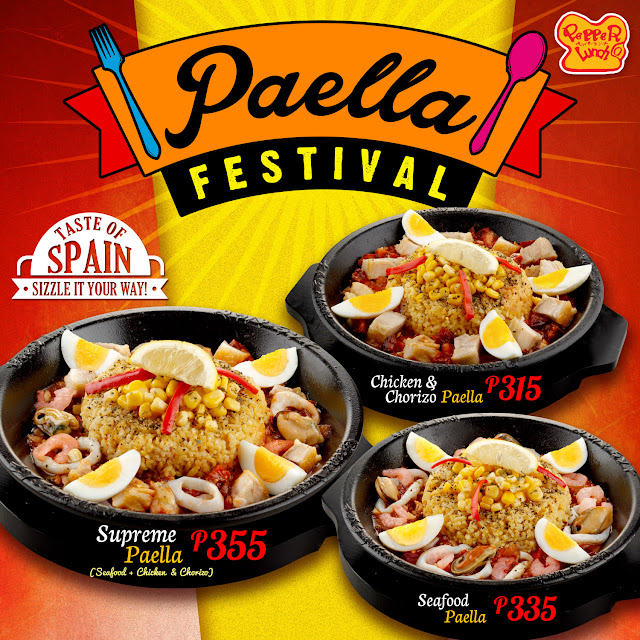 Pepper Lunch's Paella Festival is available until the end of October! So check out the Pepper Lunch Facebook Page for the branches nearest you!

Please send me your contact details at pickiesteater@gmail.com
(including full name on your legal I.D.)
for further information on how to claim your Gift Certificate!
Posted by The Pickiest Eater at 10:48 AM