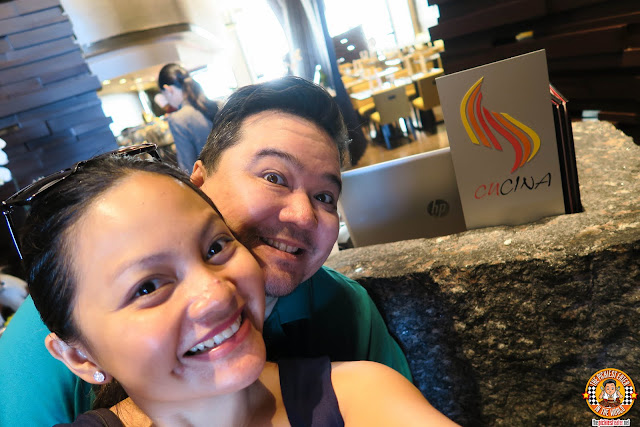 In my life, I've had the pleasure of experiencing the world renowned Marco Polo Hospitality twice in my life. The first during a trip to Hong Kong almost 20 years ago (Geeze I'm old), and more recently in 2013, when we visited Marco Polo Davao for the Kadayawan Festival. Marco Polo Manila opened their doors in 2013, finding a home in the heart of the bustling Ortigas Center, walking distance from some of the country's most popular malls.

And nestled in the 24th floor of the towering hotel, is their flagship 24 hour restaurant, Cucina, which features themed buffets for their guests.

Given the amazing experiences I've had in my first two visits, I was curious to find out  how the Ortigas branch's food fared in carrying the prestigious Marco Polo name.

To my delight, I discovered that Cucina's buffet is undoubtedly among the best in the metro today!

A good buffet isn't just about how vast the selection is. It's about making sure that every station has entrees that your taste buds won't forget. And that's exactly what Cucina works. It may not have the wide range of choices to choose from when compared to its contemporaries within the area, however the dishes that were carefully chosen will indeed, blow you away. 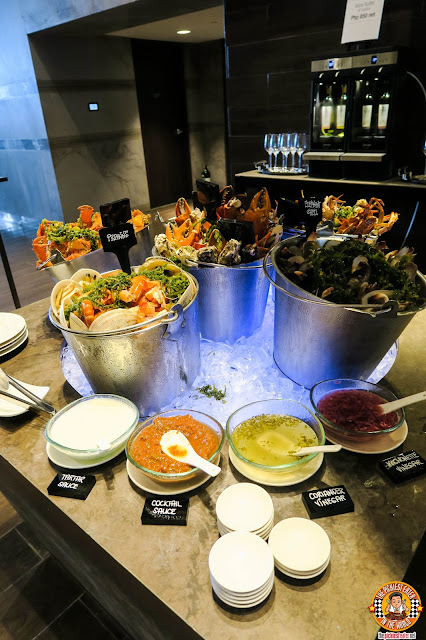 You may start your meal with some fresh shell fish, including prawns and crabs. 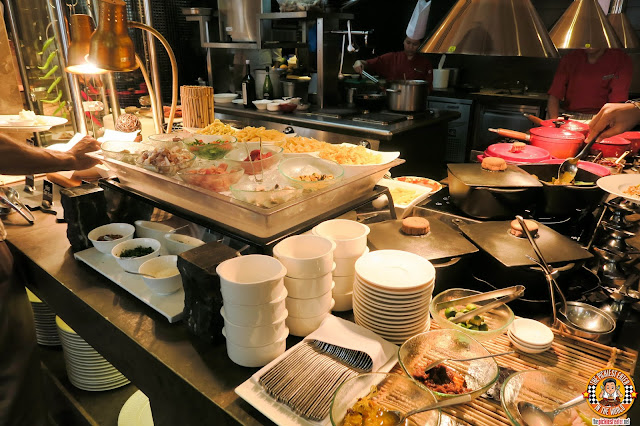 You can also have them whip up some amazing pasta dishes, customized to your exact liking (Perfect for a guy like me who tries to stay away from tomato). 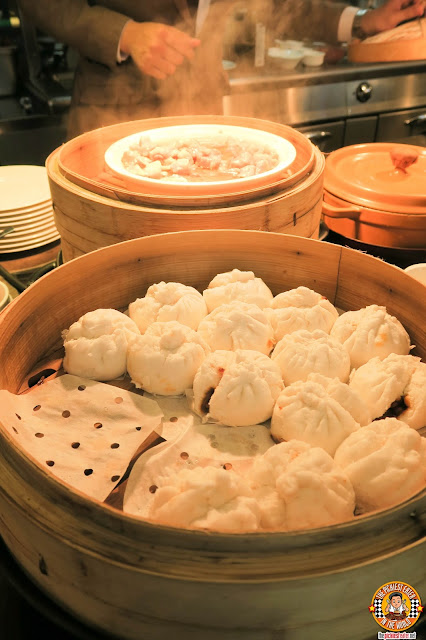 Though I have yet to try Marco Polo's Chinese restaurant, "Lung Hin",  for myself, I think that if Cucina's Chinese food station is any indication of how delicious their food is, then it's easily going to be one of the top places in Manila. 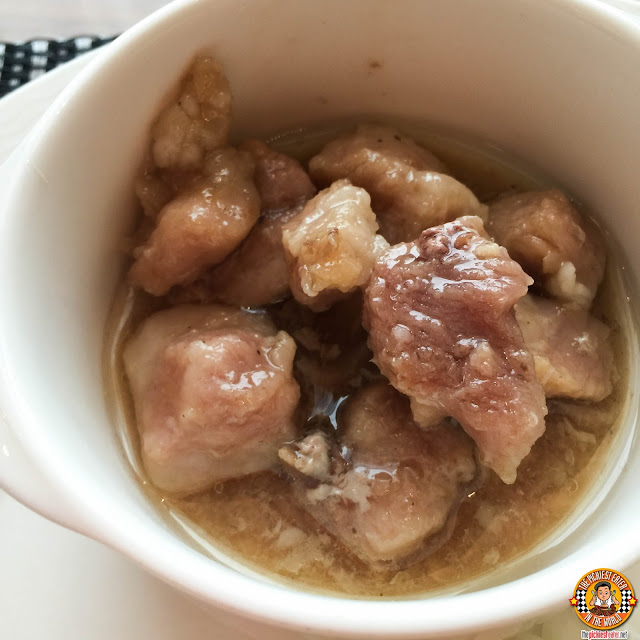 No joke, their Steamed Spareribs with Tausi is easily among the best I've ever had. The meat is tender, with nice chunks of fat that melts in your mouth, all bathed in a tasty tausi sauce that you can't help but douse over your fried rice which could very well be a meal in itself. 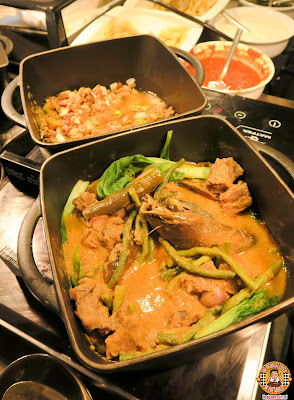 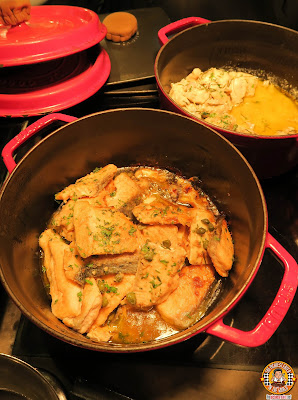 Aside from the Chinese Station, other countries from the Asian region are represented through their cuisine, such as India and of course, The Philippines. I'm a firm believer that a hotel buffet MUST have a carving station, and Cucina did not disappoint. Their Rib Eye was cooked to a stunning pink in the middle, with gorgeous lining of fat around the edge of the meat, locking in the juices.

The meat was just so darn sexy, I couldn't hep but approach the lovely young lady carving the roast and whispered to her the three words that would surely upset my wife.. "Miss, Pahinging Taba..". 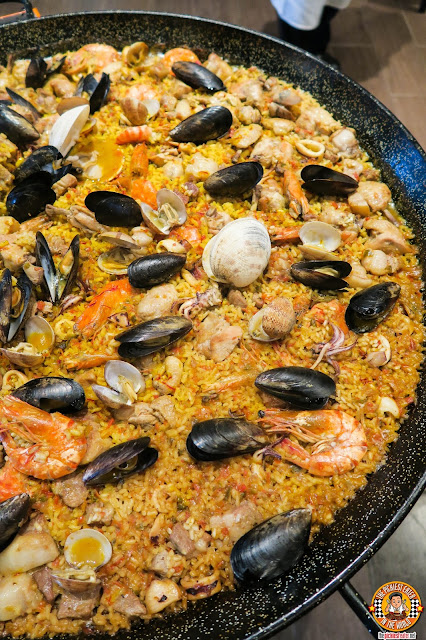 It was the Executive Chef Lluis Cantons Pesarrodona flavorful Paellas that sent shockwaves around the foodie world, as it was dubbed, "The Best Paella In Town". Coming from Spanish lineage myself, I'm a little bit biased, favoring the legendary Paella that my aunt makes for my family, but I can safely say that Chef Lluis' rendition is also rather quite exceptional, with the generous heaping of seafood and chunks of meat ensuring that this dish alone is worth the price of admission. 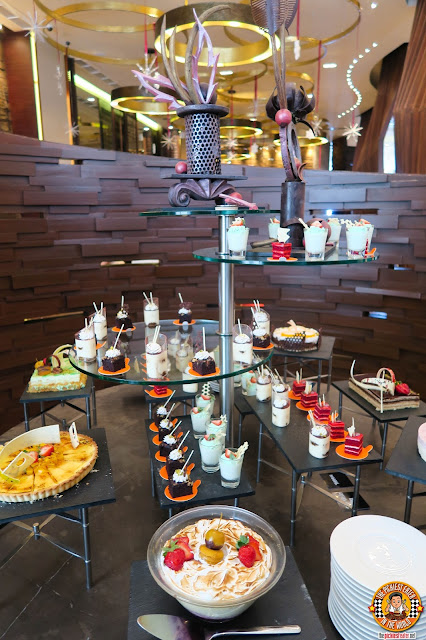 Your sweet tooth will go home happy, once it takes a tour of Cucina's little cove that houses the dessert spread. You get a delicious selection of cakes, parfaits, and other pastries, including my favorite, the "White Chocolate Almond Torte".

As an early Christmas present to its diners, Marco Polo Manila has launched a German Food Feast that will make your mouth water! In partnership with Germany's Iconic Hotel Property, " Schloss Emlau", Marco Polo has flown in two renowned chefs specializing in German Cuisine, Chefs Mario Paecke and Christian Scheler. Having worked in Michelin star restaurant kitchens in the past, it is safe to say that these two amazing chefs know what they're doing.

Launched last Dec 8, the German Feast will continue until December 13.

Some of the highlights we sampled are.. 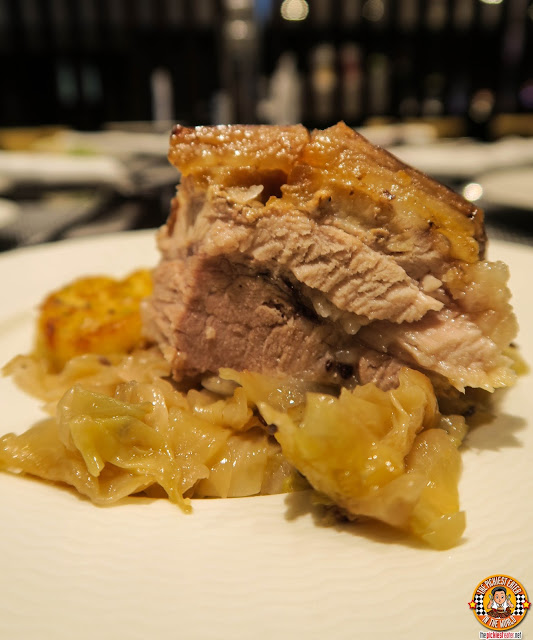 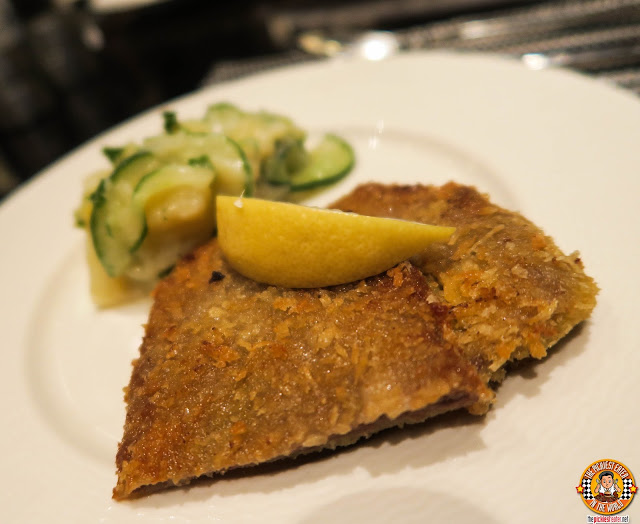 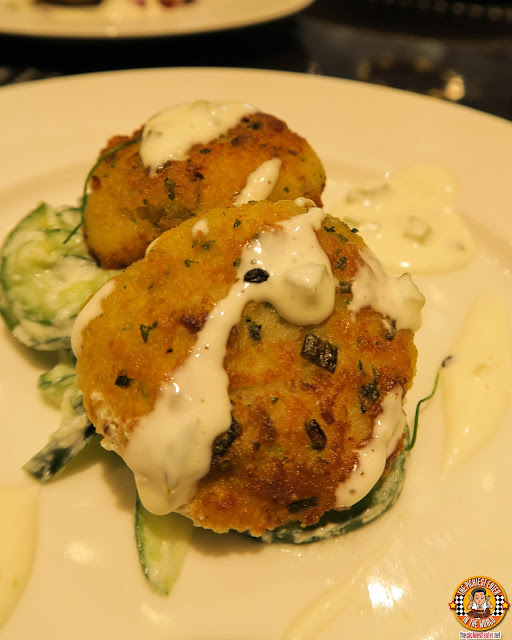 Fish Patty with Cucumber and Dill 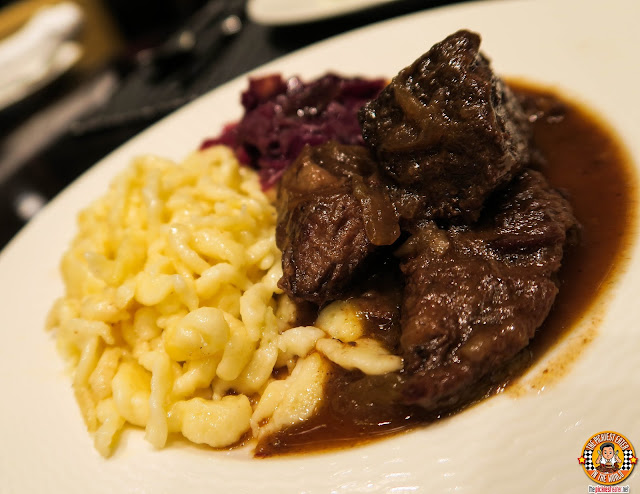 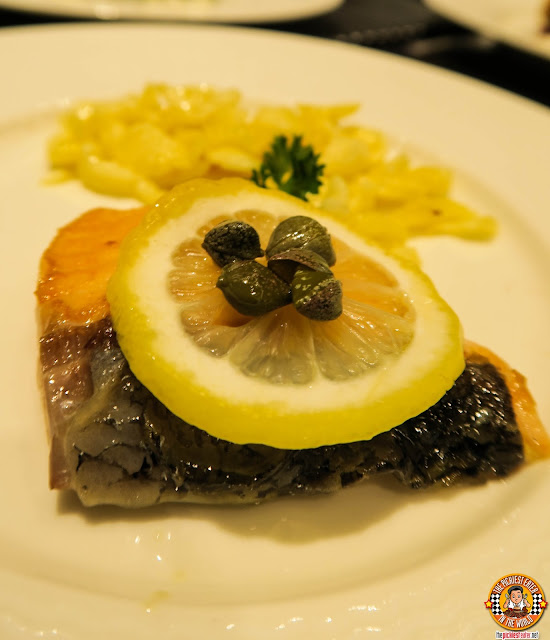 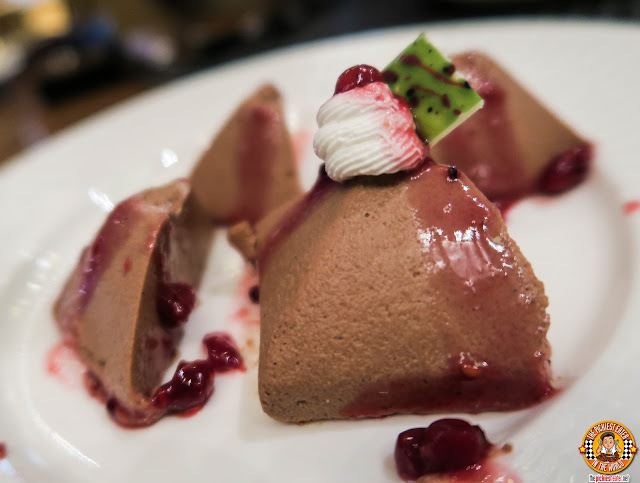 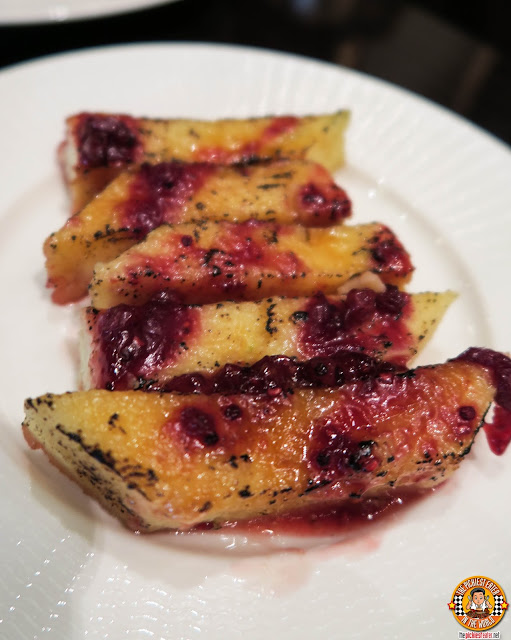 This was an eye opener for me, because I realized how diverse German Cuisine is. If you're like me and had the pre-conceived notion that German food was all about sausages, then you'll be pleasantly surprised with the spread that Chefs Mario and Christian prepared, where in not a single German sausage is featured (Did that sound weird?).