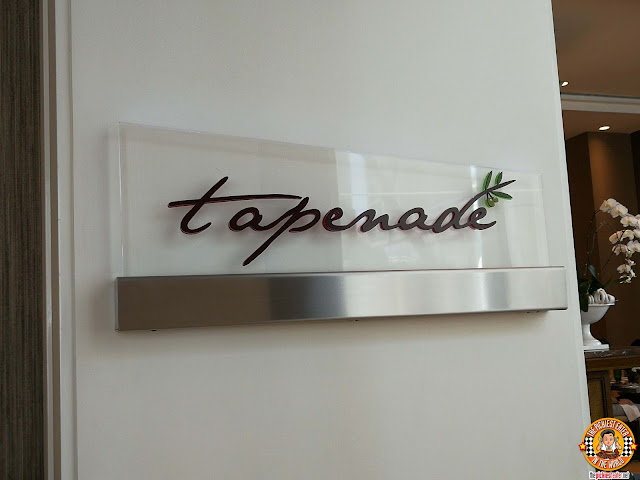 I've been meaning to visit the restaurants at Discovery Primea for quite some time now, but with my work and all, visiting Makati has become increasingly difficult. A lot of my food blogger friends have been raving about it, further amplifying my agony. Thankfully, I was able to spend the weekend at the Discovery Primea (more on that in my upcoming Vlog!), giving me the opportunity to try two of their restaurants, including the flagship cafe, Tapanade. 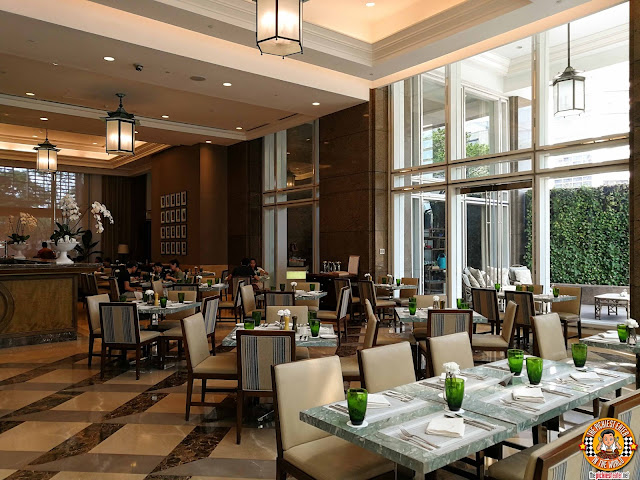 The opulent interiors of Tapanade matches that of Discovery Primea itself. The restaurant exudes class, yet without the stiffness that luxury is often associated with. The warmth of the staff lets you feel right at home.. A lavish home, but home nonetheless.

The menu of Tapanade invokes the diverse flavors of the Mediterranean, and the masterful execution by the kitchen staff ensures you're in for a dining experience you won't forget. 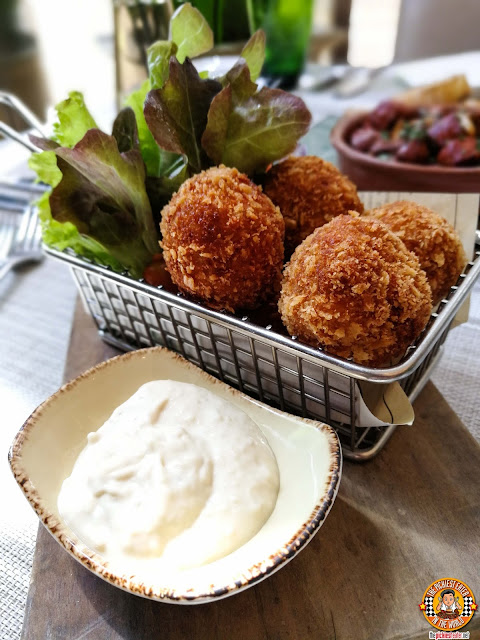 Ever since a child, I've had a fondness for Chicken Croquetas, and Tapanades' Croquetas de Pollo (P320) not only met my standard, but surpassed it way beyond I could imagine. Shredded roasted chicken meat is rolled into a delectable ball, speckled with housemade Chorizo bits, then deep fried to golden perfection. Once you dip that ball into the garlic mayo and take a bite, magical things happen, I promise. 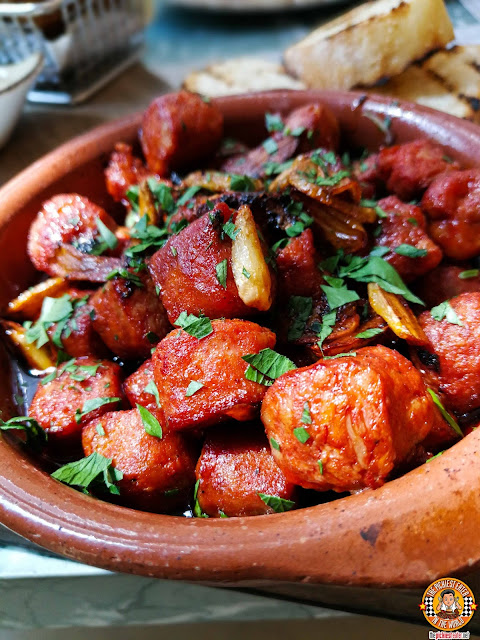 The Chistorra Frita (P290), consists of some of THE BEST Spanish sausage that I've had in a long time. Drenched in olive oil and fried to give the edges a nice crunch, this is served with homemade Ciabatta, but in my opinion would work best with steaming white rice. 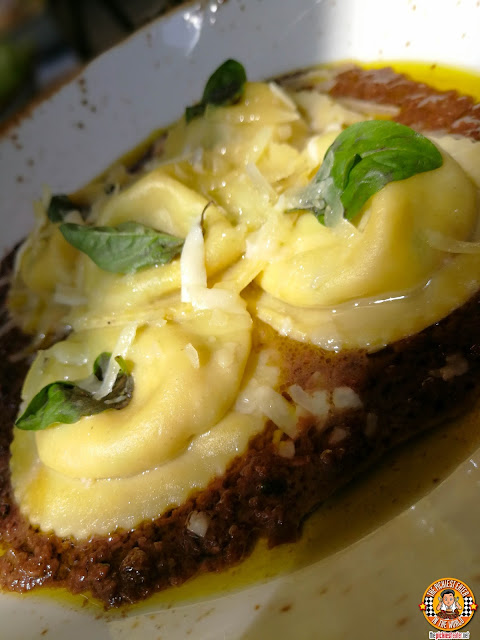 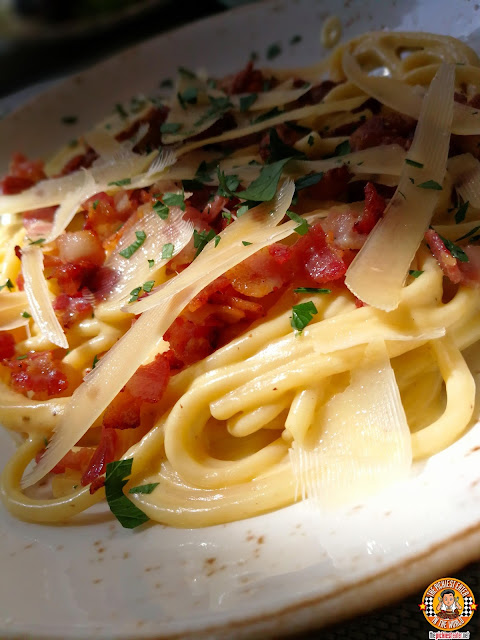 Rain's Bucattini alla Carbonara (P550) was a huge hit for everyone. It had a rustic flair to it, with the sauce made with organic eggs and cream. Strips of Pancetta and shards of Parmesan Cheese prevent the creaminess of the sauce from becoming too overwhelming, effectively balancing the all the flavors together. 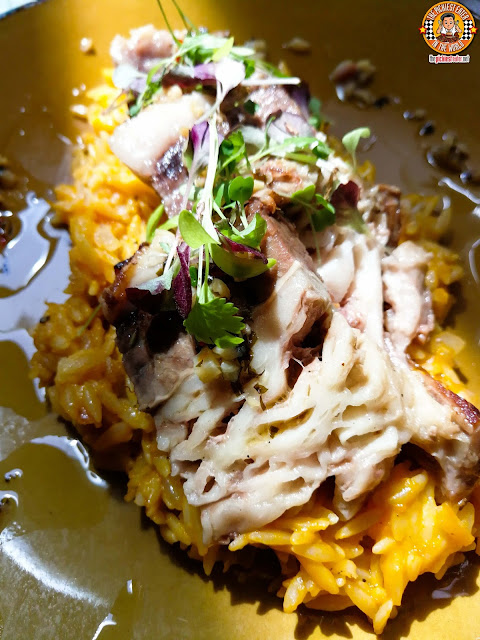 I had the Slow-Roasted US Beef Belly (P790), and it was as delicious as I imagined it would be. The belly meat had a generous amount lining savory Beef fat attached to it, and its tenderness made it virtual impossible to distinguish one from the other. The Pumpkin Rissoni was also a nice compliment to the richness of the meat. 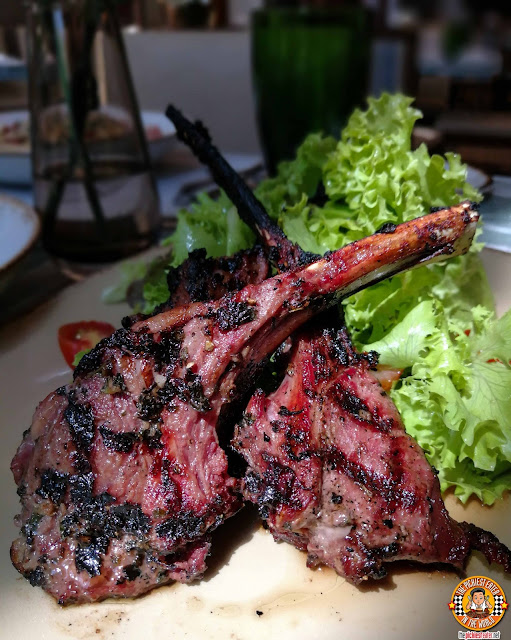 My father in law ordered the Lamb Chops Scottadito (P590), and it was phenomenal. Marinated in Rosemary, Honey and a touch of Mint, the natural flavor of the perfectly lamb was taken to a whole new level. 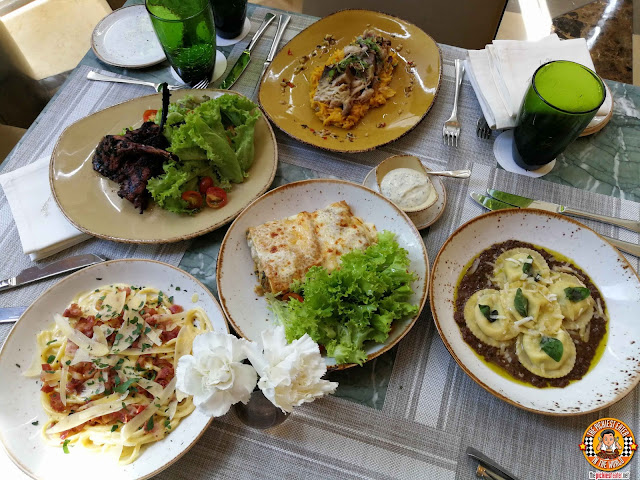 Whether it's for a romantic date, business meeting or a family style dinner, Tapanade is indeed a restaurant that should always be considered, especially when dining at Makati. From the service to the quality of food, everything was exceptional.