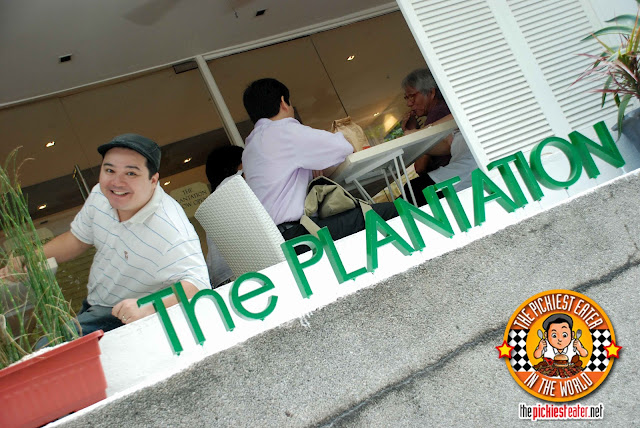 It wasn't until early January that I was able to visit the newest restaurant that had sprouted on Palanca street. But after my first visit to "The Plantation", I actually contemplated filing a petition to stop our office from moving locations. 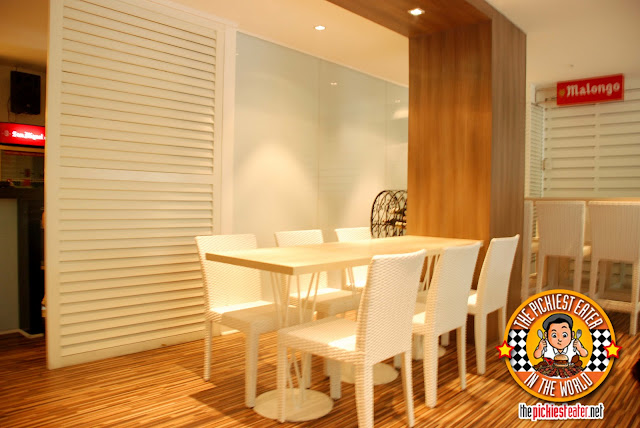 
Walking in, I instantly loved the feel of the interiors. It was clean and white, without the feeling of being too stiff. The place itself felt so relaxing, and you could almost feel like you were on vacation somewhere in the Florida Keys or something.  Even when sitting in the Al Fresco area, you don't realize that you are in the concrete jungle that is Legazpi Village in Makati. Perhaps the only thing that threw the soothing vibe off, was the blasting of techno music during lunch hour. I'm not suggesting they play Enya or Kenny G, but the volume in which they played their music, apart from their selection of genre itself didn't match the tone of their restaurant. 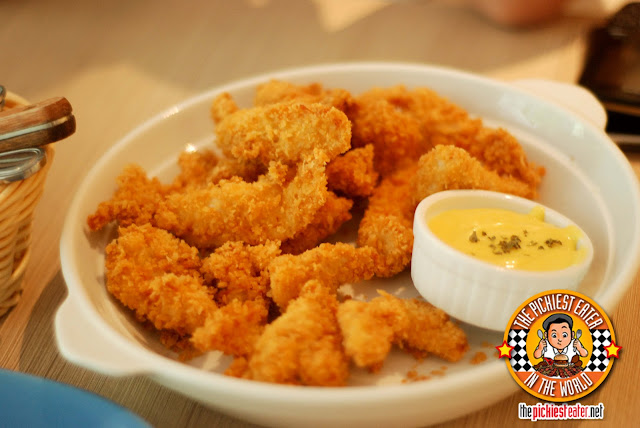 
As an appetizer, Rina and I chose their Chicken Fingers (P145), as a "safe" order. Can't go wrong with deep fried chicken strips right? Well, this "Appetizer" in all honesty, is good enough to eat as a meal. I'm normally not a fan of chicken breasts or white meat in general because of its tendency to get dry, but this was cooked so well, that the chicken meat remained juicy and soft with every bite. The coating gave out a nice crunch to it, and the honey mustard sauce was a wonderful blend of sweetness and a light touch of tartness - the perfect complement to the dish. 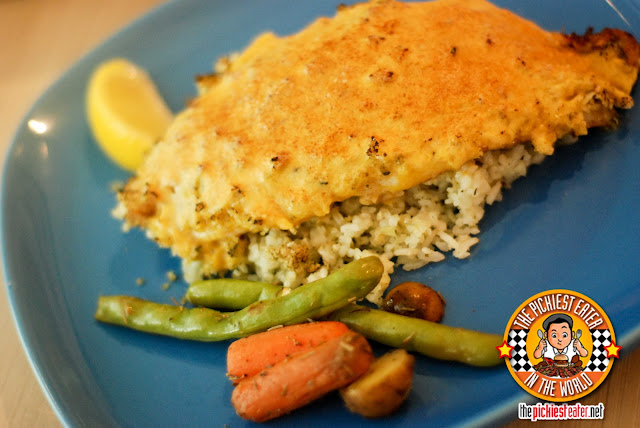 For Rina who wanted a fish dish for a change, I ordered the Dory Thermidor (P220). As I dipped my fork into the fish, The fragrant aroma of the herbs made my tummy growl even louder than it usually does. I could tell that this was going to be awesome - and I was right. The perfectly cooked dory meat was an immaculate white, and the cheese coating just fused together with the herbs to make this dish, one of the best fish dishes I've had at a restaurant. (Just a few notches lower than Cook Book Kitchen's Parmesan Crusted White Fish) I loved the herbed fried rice that it game with as well. Perhaps the only thing I could say negative about their Dory Thermidor, pertains to the side veggies, which weren't cooked that well (The carrot was really hard). But since I wasn't planning on eating the veggies anyway, and the main dish was excellent, I'm willing to give them a free pass. 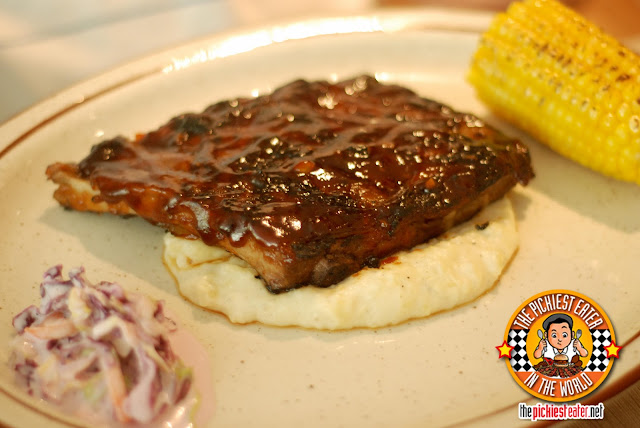 Would've been good if it weren't too scrawny

I ordered the Baby Back Ribs (Half Slab P295) for myself upon the recommendation of my officemate, Jerwin. Once they placed the plate of ribs in front of me, I knew I felt like I wanted to swap orders with Rina (who was already halfway through her Dory). Having raved about the Baby Back Ribs of Bob's earlier, I was hoping this would be along the same lines, but it wasn't. It was much too thin to be classified as "Ribs" and the ratio of meat to bone wasn't favorable to the meat. The flavor of the meat was actually very good blend of sweetness and smokiness, but it was just hard to appreciate because the lack of it. The plating was fairly simple, but it had all the essentials to enjoy ribs. Coleslaw, Corn on the Cob, and a bed of Mashed Potatoes.

Other "Must Try's" from The Plantation would definitely be their "Mediterranean Pork Chop" and their "Sweet Chop o' Mine". They've got a pretty good batting average with me, with their "Chicken Parmigiana" the only thing I ordered that I didn't enjoy. 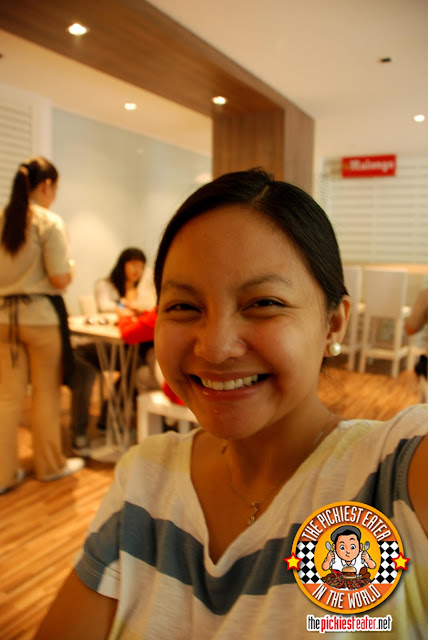 My beautiful wife having fun


I did have a slight mishap with a waitress during my first visit, but the more senior staff handled it really well. I ordered Mashed Potatoes instead of rice with my Chop, while my Giant, Joel ordered rice with his chicken. I was given rice instead. I called the attention of the head waiter, and he said he would change it, no problem. He spoke to the waitress that took my order and told her that she got it wrong. She then reacted by nearly yelling out that SHE didn't get it wrong.. I DID. Given the small area that they have, and the fact that her decibel level clearly indicated that she didn't care that the customer that she was talking about was just a few feet away from her, it was rather unavoidable to hear her incessant yapping.

Joel got annoyed with what she was saying, so he turned around and told the head waiter, "I ordered rice. He ordered potatoes. I heard him order. She got it wrong." The Head waiter and even the Chef came out from the kitchen to try to pacify us, (I was actually amused instead of angry, while Joel was only slightly annoyed), and offered to change the rice to mashed potatoes, saying it would be no problem at all. I was honestly a little bit too hungry already, and the waitress had already blown the whole thing out or proportion (I  just wanted the potatoes, and I wasn't pointing the finger at anyone), so I just said, I'll eat the rice.

I have to commend their head waiter and the Chef, who when we left, went out of their way to sincerely apologize to us once again. I told them both to think nothing of it. To me, one wayward employee won't change my mind about their excellent food, and great prices.

I've been back twice since. And I wouldn't think twice to go back!

Posted by The Pickiest Eater at 12:10 PM