WALKWAY: REFLECTIONS ON THE STATIONS OF THE CROSS 2012 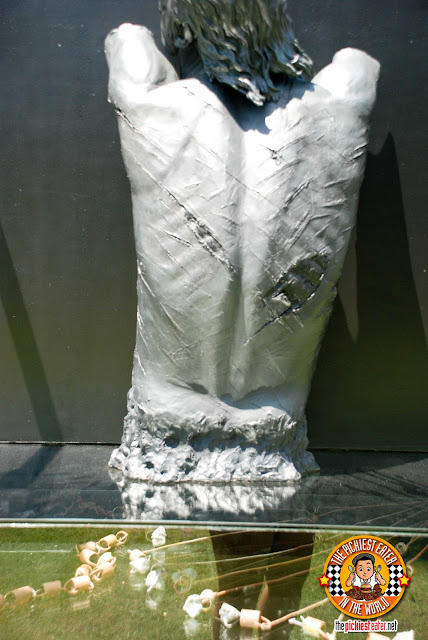 Rina and I agreed that while baby Rain is still in the infancy stage, we will practice austerity and resist any temptation to go fly out on unnecessary vacations. Since we've been married, we've traveled together to Baguio, La Union, Cebu (twice), Boracay, Singapore and Hong Kong, so we can't exactly say that we haven't had our time yet together. But since we have a daughter now, it would be pointless to take her on trips, since she won't be able to tell the difference between being at the Grand Canyon or Outside the gate of our house.


So this Holy Week, we decided to just go on a "Staycation". I'm a simple guy, you see?  I actually don't mind - no, let me rephrase- I actually really enjoy Staycations. Give me my wife, a hard drive full of shows and movies, my 42 inch LCD, ice cold air-conditioning, and a fully stocked fridge, and I don't mind staying home for a week (I'm a bum, I know).


My friend Karen asked Rina and I what our plans were for the Holy Week, and we told her about Operation: Staycation. She said that she and her husband,Ted would be in the metro too, and asked if we wanted to meet up.


Naturally, we said yes, and she suggested that, given that it was the lenten season, we make our meet up more than just your average ordinary visit, and drop by the Walkway: Reflections on the Stations of the Cross at Bonifacio High Street.

Though we still plan on going during the Holy Week Season to do our actual "Reflections", I couldn't help but want to check out the setup Church Simplified (the group behind the "Walkway") did for this year's Stations of the cross.


Living in Cebu, My mom and Dad would always take us to the Popular Stations of the Cross in Danao City. They were basically seven foot dioramas that you prayed in front of. This was nothing like that.


I've never been to the "Walkways" in the past so I have no point of comparison, but I was impressed with how they put a modern spin on the timeless story of the suffering our Lord went through on his way to his crucifixion, then "simplified" it to help you realize its significance, and how it somehow ties to your own life and faith. Because its something that one must experience to fully appreciate its impact in your life, I won't be going into detail of each station.


What I will tell you is, Every Station is recreated, and given a modern day twist, to depict- if not the actual scene, but what the station represents. Supporting texts (in layman's terms!) help explain what exactly happened in that event.


Then the text is followed by "The Act", which reveals that the stations aren't just something for you to stare at and say a little prayer in front of. "The Act", encourages you do partake in a form of reflection during each and every station, making this Station of The Cross experience, totally interactive. 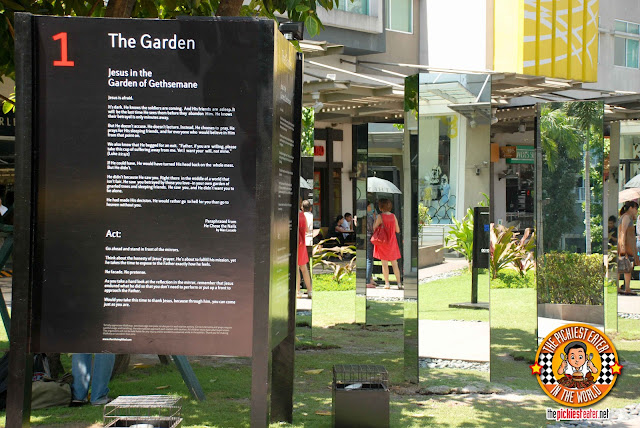 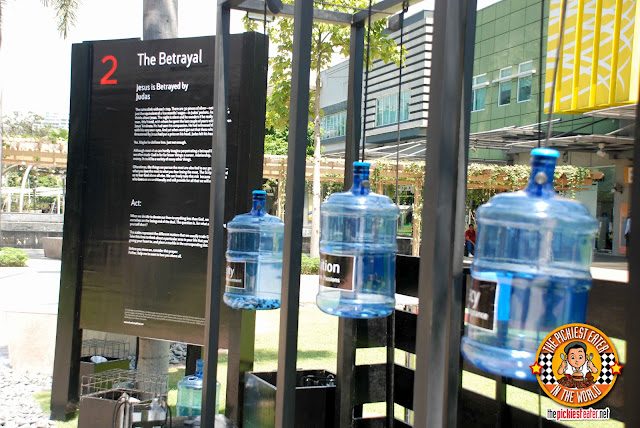 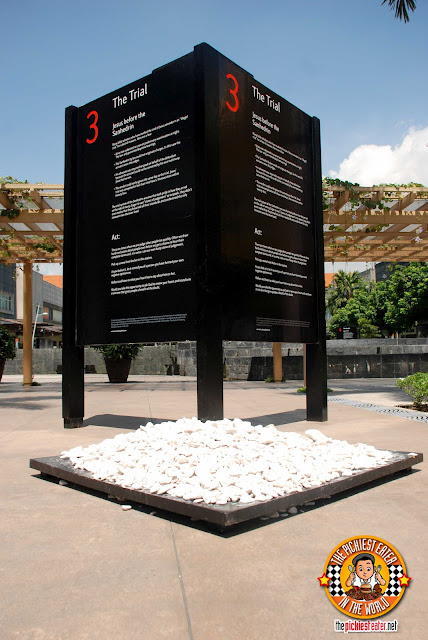 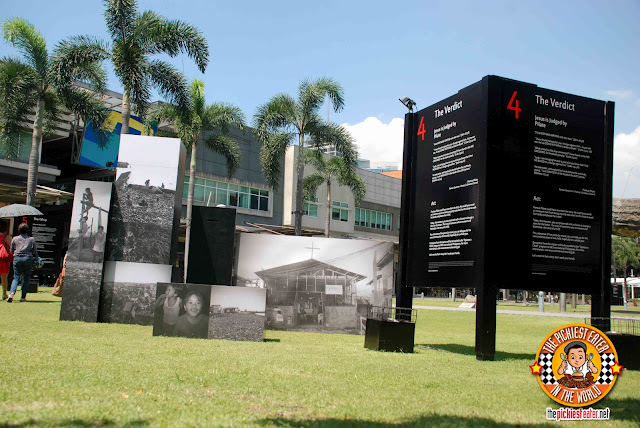 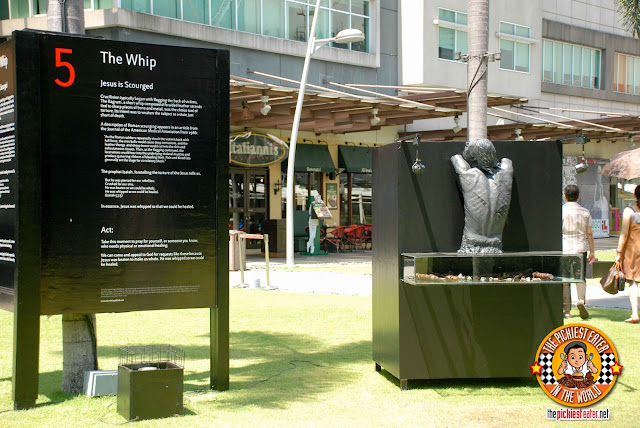 
The craftsmanship on Jesus Torso was exquisite.
From afar, it really looked like a man.
A gray man, perhaps, but still an actual man. 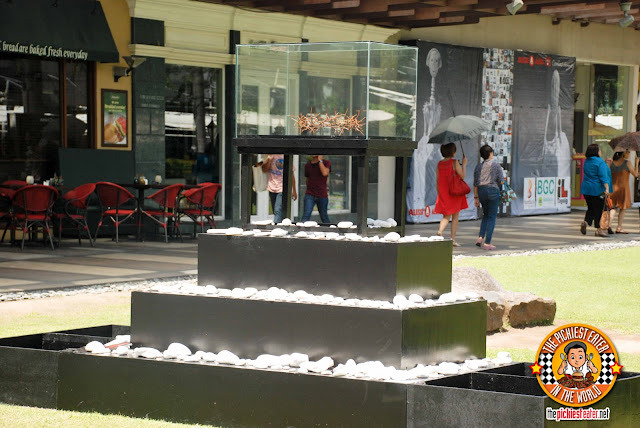 It actually struck a chord in me to see the crown of thorns. 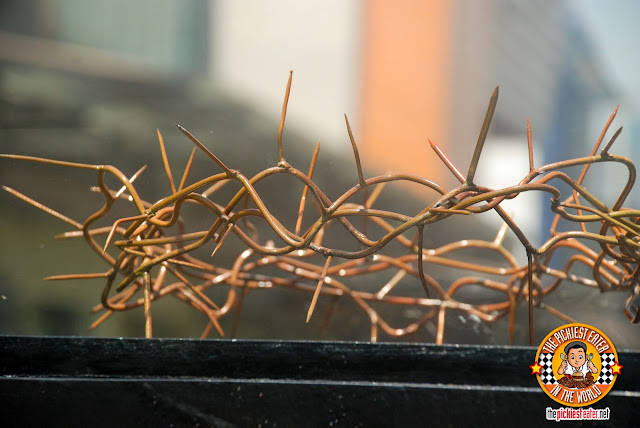 The thought of someone having to wear this painful crown,
all for me an my loved ones was enough to give me a lump in my throat 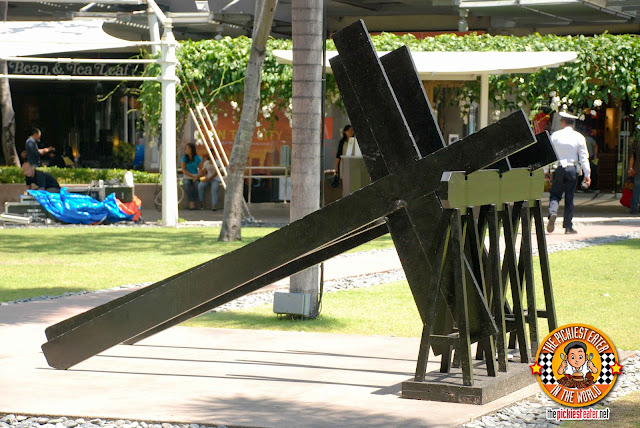 I would say that this has got to be the Station that would allow people to get a slight taste of what Jesus' suffering might have been like is this.

Let's just say those crosses aren't made of cotton candy. 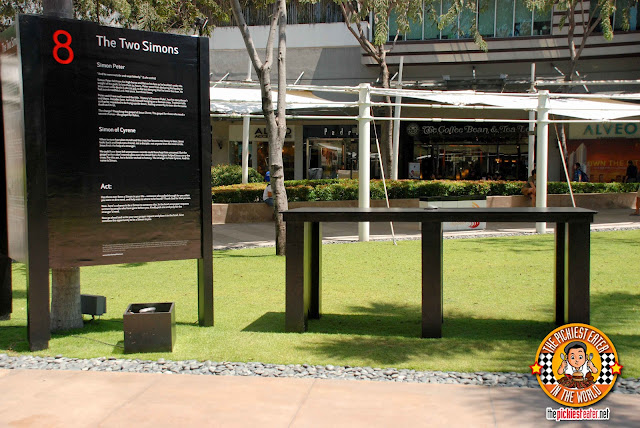 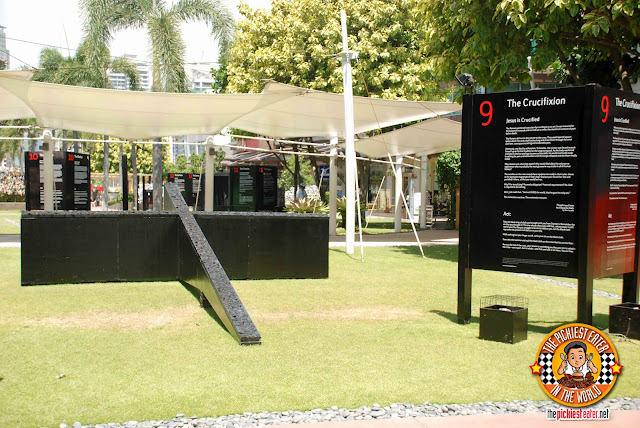 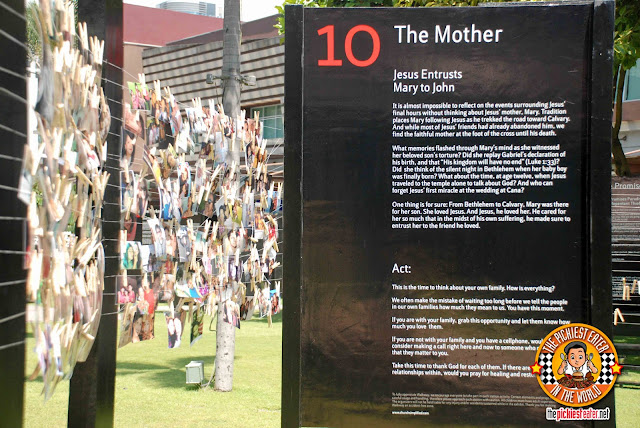 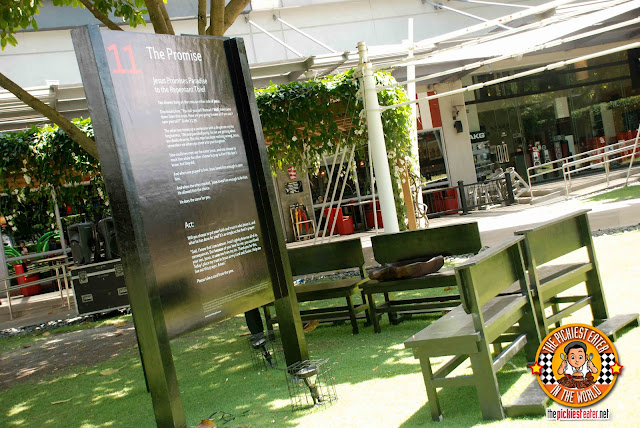 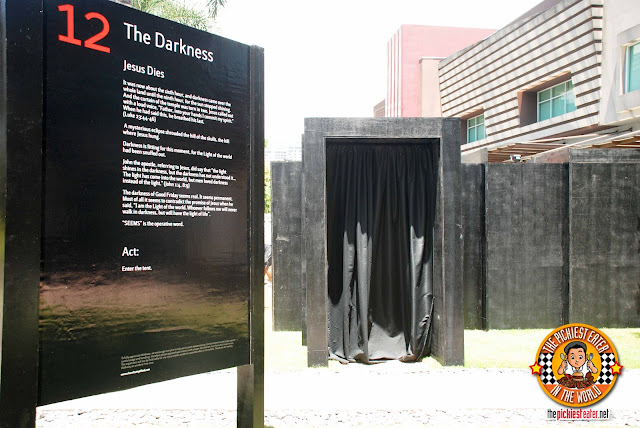 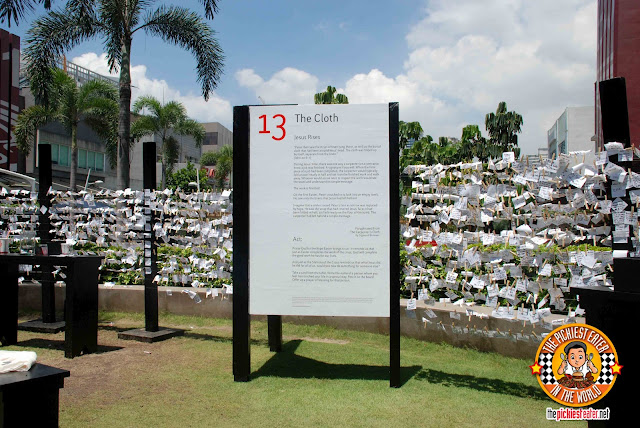 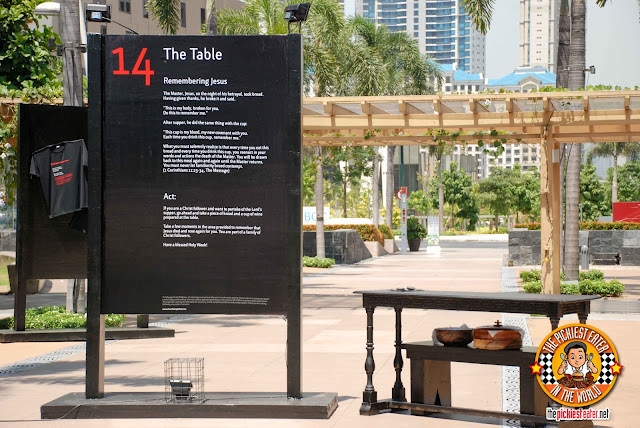 You have to give it up for everyone involved in making this possible,
because they did a fantastic job.


Check out the teaser video below!


I rarely deviate from my favorite subject in this blog (Calculus. Kidding, Food, of course) however I believed this is something that one must experience at least once in their life, so if you're in Manila this Holy Week, I do hope you find time to drop by. It WILL move you.

Have a blessed Holy Week Everyone!

Walkway: Reflections on the Stations of the Cross at Bonifacio High Street opened last April 1 and will be open until 11pm on April 8

Posted by The Pickiest Eater at 12:11 AM