CUPCAKES BY SONJA AT GLORIETTA! 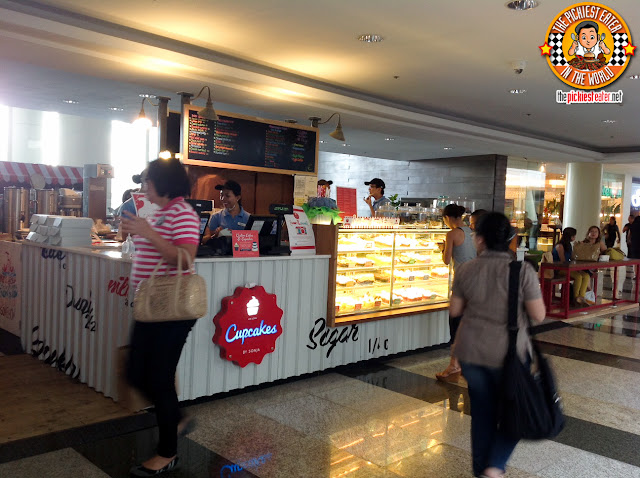 Those were exactly my thoughts when a friend of mine, Zee, mentioned about this tiny wonderful cupcake shop in Serendra sometime in 2006. Until now, due to my lack of knowledge in anything culinary, I still don't know what flavor / ingredient red velvet really is. Aaaanyway, I'm getting off track. This shop was probably the daintiest shop I have ever seen at that time. It was just so pretty that I felt so ugly in it! And it wasn't just the shop that was pretty. It was their cupcakes too! I know I took photos during my first visit but I can't remember where I put them. I'm sure it's long gone :( Sniff...

This was the first shop I have ever been in that exclusively sold cupcakes, and the Red Velvet Vixen was the first ever Red Velvet treat I devoured. So just like the rest of Manila, I was hooked! Cupcakes by Sonja was amazing! The taste you get from each bite is truly a pleasure in the mouth! (Confession: I thought this whole time it was pronounced "Sonya" hehehehe *blush*) As for the price, at first I found it a bit steep but after tasting the cupcakes, it all started to make sense.
I haven't been to Sonja's for a while due to my crazy mommy schedule so you can imagine my delight when Richie was invited to an event to launch the Cupcakes by Sonja branch at Glorietta 2! And since Richie had work, he asked me to be the one to attend. "Fine." I said, while keeping my calm. He didn't have to twist my arm. I was raring to go! And the mention of a "cupcake buffet" didn't sound like a bad idea too!

Cupcakes By Sonja now open at Glorietta 2 Bridgeway (Beside McDonalds)Soon to open within the year are shops in Shangri-La, Eastwood, and Trinoma! 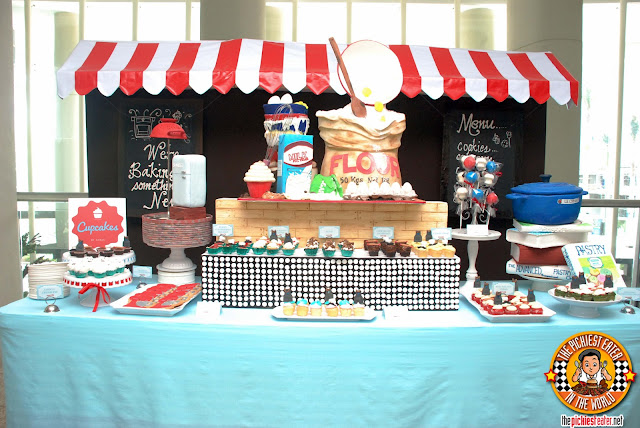 Play heavenly music. Angels singing. This was just for the launch. I know, right? 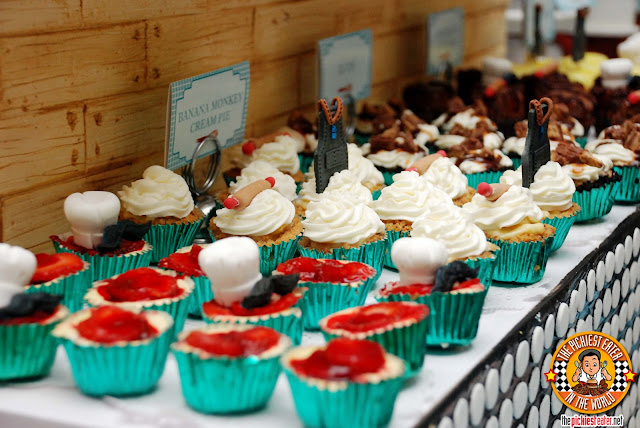 I was relieved to see that the cupcakes they served were mini. Because there's no way I would have been able to taste more that 2 flavors if it were the normal size.

I have to say my favorite is the Pistachio Berries and Cream. The flavor of the pistachio goes really well in cake form, then top it off with Strawberries, and then frost the top with smooth buttery cream! Heaven!!! So sad they ran out of this when I was about to get my take home cupcakes. It's that good! 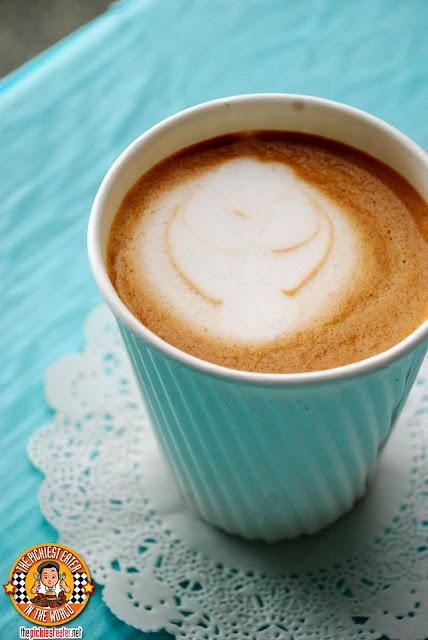 Their cappuccino is really amazing! :-) it is made by Crafts Coffee and being served at Cupcakes by Sonja. No need to add sweetener because it has a natural sweetness in it already!
Warning! Parade of Cupcake Photos!:
Because I'm such a loser and got immediately full after trying 3 mini cupcakes, a cappuccino and a tall glass of iced tea, there are a lot of other flavors I didn't get to try. To this day. I am regretting not getting more. Sniff... 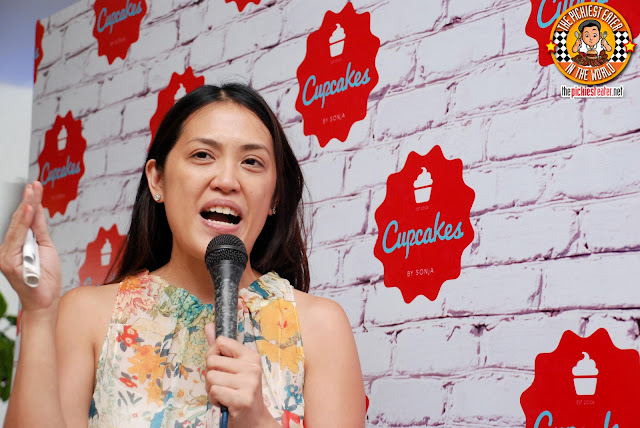 The event was short but sweet. And Sonja was a very gracious host! She spent time going from table to table to chat with everyone. I can say she's as sweet as her cupcakes hehehe :-) It was an intimate event filled with chit chats, cupcakes, wonderful coffee, and more cupcakes! Visit their new branch at Glorietta today! I know I will. Need to get more of those Pistachio thingies! (So gooood!)

Warning! Another parade of cupcake photos up ahead!:

Here's my super goodie bag from the launch. We all got to pick 6 cupcakes that we wanted to take home. As soon as I got home I took solo photos of them :-)

Email ThisBlogThis!Share to TwitterShare to FacebookShare to Pinterest
Labels: Cupcakes By Sonja, Dessert, Desserts, Glorietta, Where To Eat In Glorietta