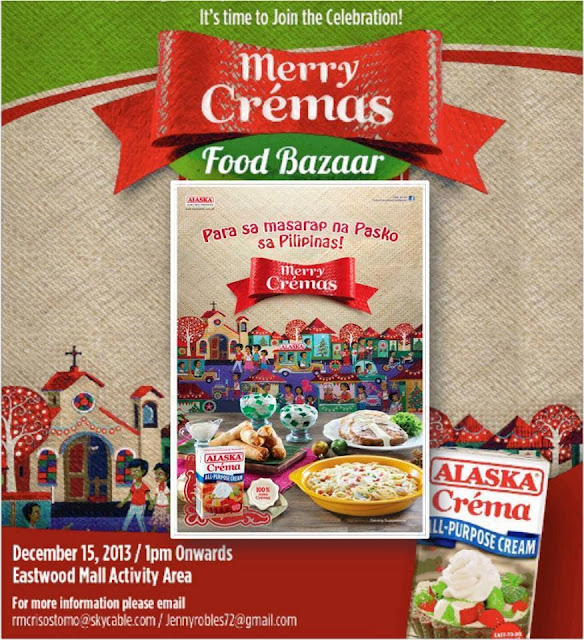 Besides gifts and being reunited with relatives, the highlight of the holidays is definitely all the overflowing glorious food! That’s why I strongly believe that going on a diet during the holiday season is ridiculous. Hahaha! Tis the season of delicious homemade cooking! So like me who doesn’t cook at all, I would gladly volunteer as a taste tester of up and coming food entrepreneurs’ goodies! 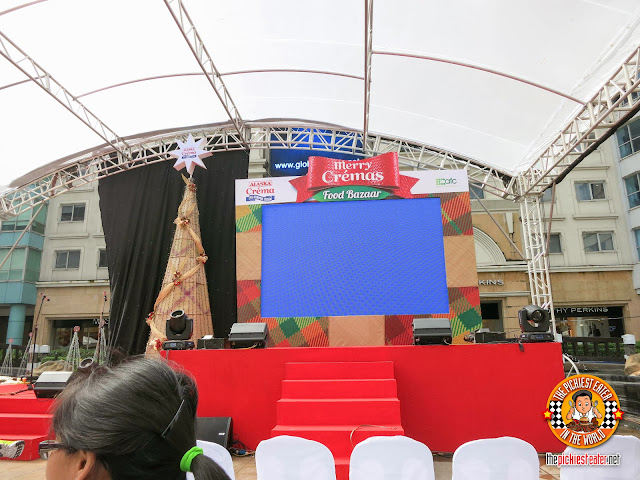 Last December 15, 2013, Alaska held a food event at the Eastwood Activity Center called Merry Kremas Food Bazaar where a number of purveyors gathered and showed off their special recipes using Alaska Crema. Alaska Crema has always been in the grocery list of all Filipino families basically because it’s such a simple ingredient that you can do a lot of things with. From salads to main entrees to desserts. And so Richie and I were excited and interested to taste what these cooking and baking enthusiasts had in their stalls. 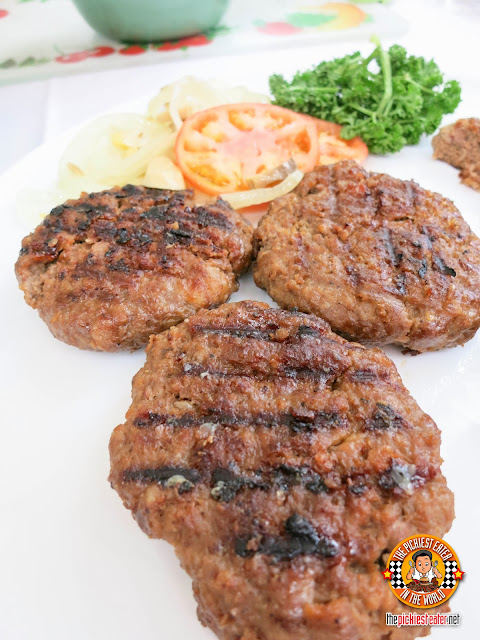 Among our favorites were the Burger patties by The Serving Spoon Manila. Who would have thought you could use Alaska Crema in a burger mix? I was definitely surprised (basically because I don’t know a lot about cooking haha) But the burger was very flavorful and you could really taste the creaminess of the Alaska crema.

In the same stall, they made also served Toblerone Pudding. Richie being a Toblerone lover liked it. It was creamy and flavor of Toblerone was evident. 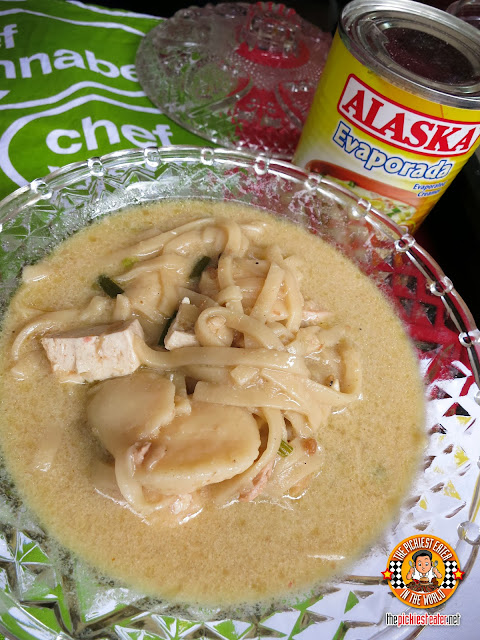 One of my personal favorites was the Laksa with Alaska Crema from Cooking Ina’s Kitchen! The soup was not overly spicy and the creaminess of the Alaska Crema was apparent at the same time. 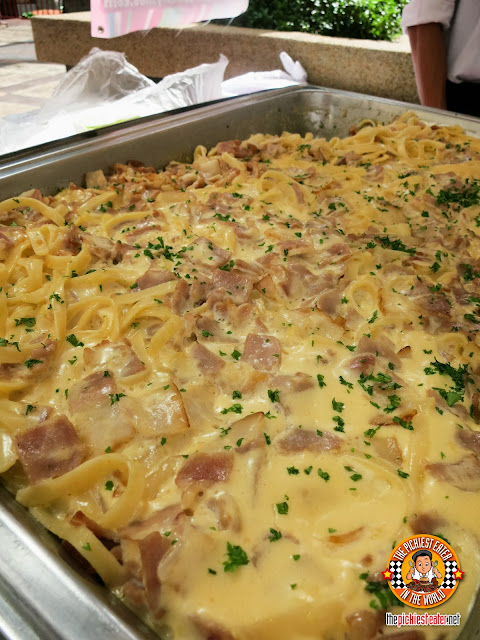 Party Time Philippines was one of the most enticing for me because they displayed yummy looking savory dishes and at that time I was really starving haha! Their Alaska-infused dish was the Carbonara. It was just okay for me though. I felt the carbonara needed a tiny bit more salt. (Here I go again, miss I-love-salty-food!) 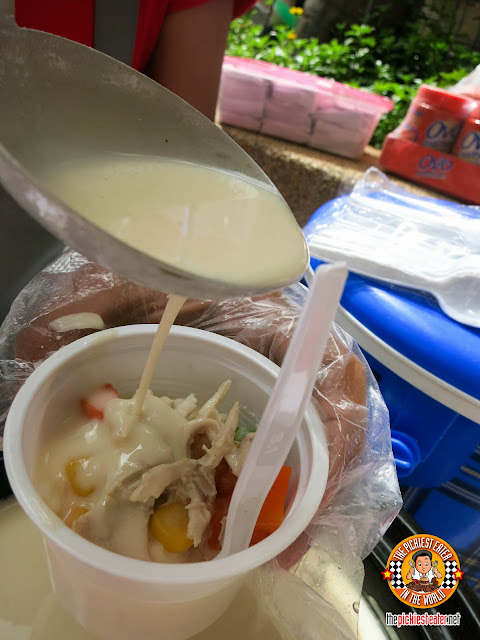 Our little Rain on the other hand quite enjoyed Roasterrific’s Chicken Ala King. It was a good creamy viand to eat with a sticky steaming rice! Healthy too!


Bite Contemporary Cuisine served a playful take on the classic clam chowder but instead of using clam, they used kohol. The Kohol Chowder was actually quite good. Very flavorful and not too fishy in taste. Unfortunately I may have forgotten to take a photo of it before sipping it all down. Hehehehe... *blush* 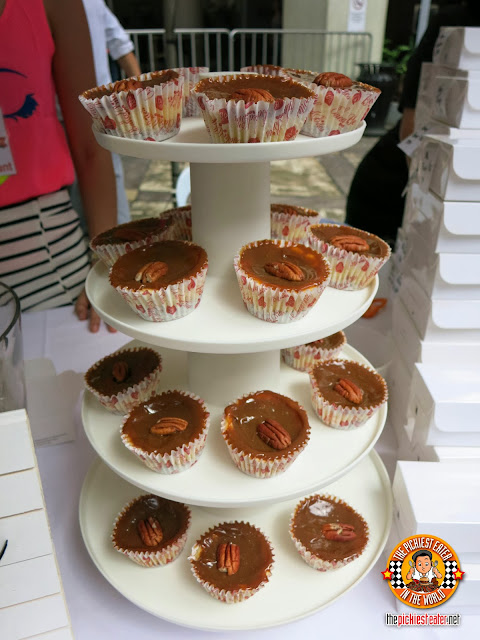 Of course there were also a lot of stalls that made desserts with Alaska Crema. Like this Dulce De Leche Pecan Cheesecake from Baked Bites. It sounds and looks one of a kind. It’s delicious too! They are the same makers as the famous Nutella Rocks. 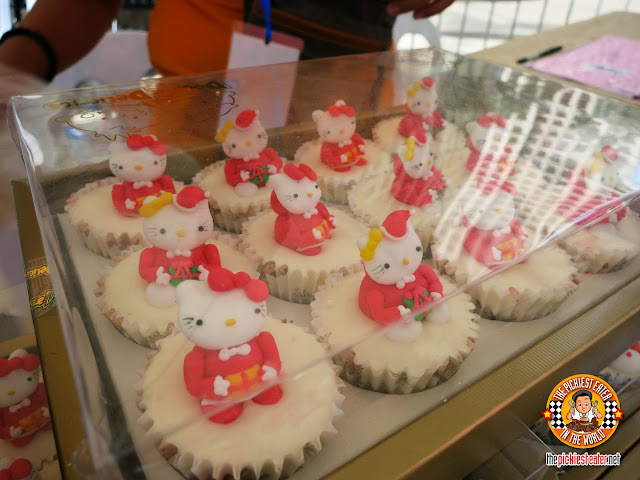 Double Delights makes these oh so adorable Polvoron Cupcakes! The toppers are really cute and are really beautifully made! I believe they have every character you could possibly think of! 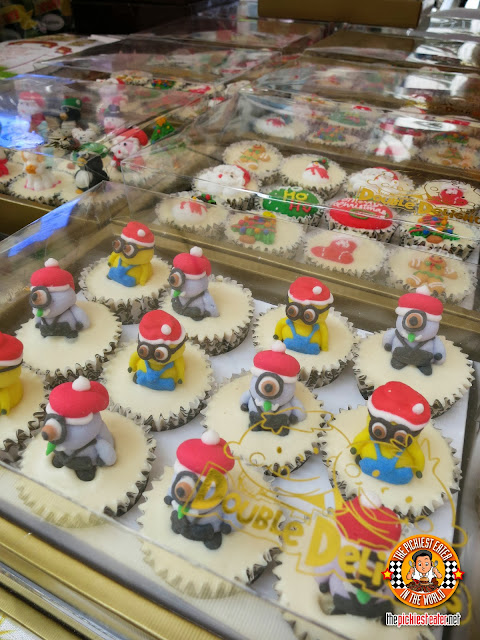 Anyway, that day, they made classic polvoron of course using Alaska Crema. And I liked it. Not too sweet, and you can again taste the creaminess of the Alaska Crema. 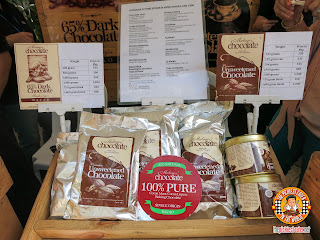 Malagos Chocolate made some hot coco drink and a dark chocolate fondue with their 100% pure and unsweetened chocolate and Alaska Crema. As a lover of dark chocolate, it’s no surprise that I liked it! 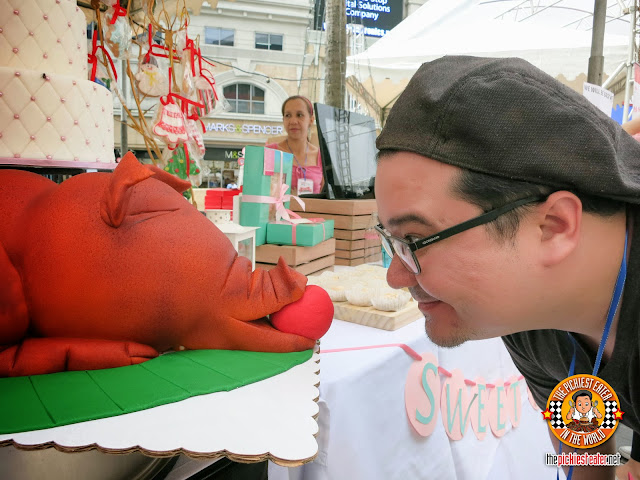 Nothing But C was also one of the show stealers of the day with their Lechon Cake. No, it’s not made out of lechon (We wish!!! Although I wonder what that would taste like?) 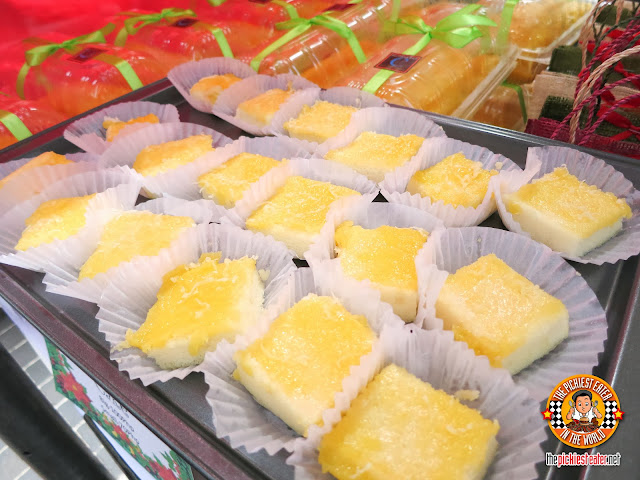 Anyway, for their Alaska creation, they made these light Yema Squares. (At first glance I thought they were lemon squares). I liked it because it had the sweetness of yema without being too sweet.

These and more purveyors were present during the Merry Cremas Event at Eastwood and it amazes me just how far you can go with a can of Alaska Crema. It’s definitely a must to have for your Noche Buena!


Head on to Alaska Crema’s Facebook page photos to gather a lot more recipes you can create with Alaska Crema! Happy Holidays everyone!