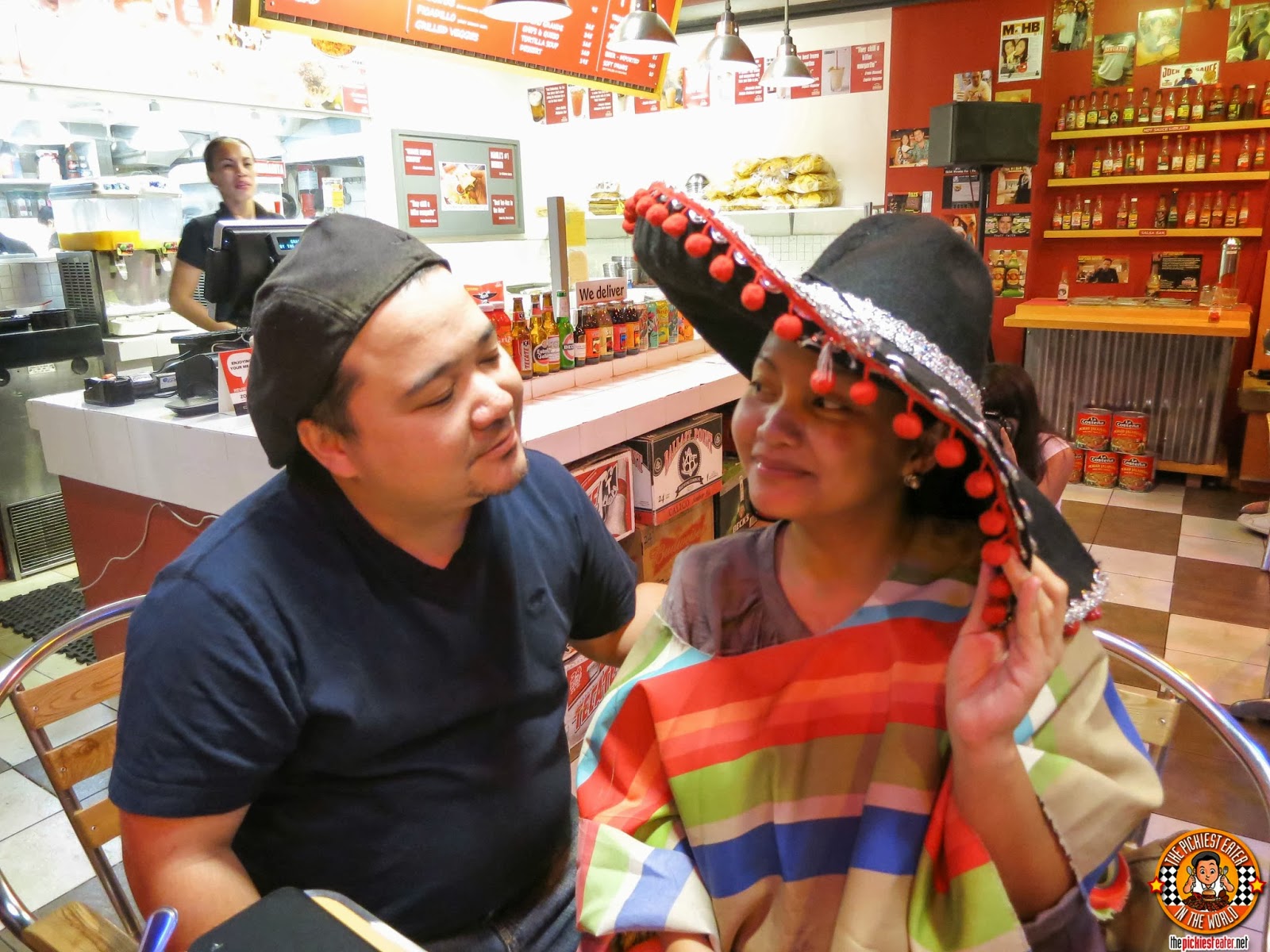 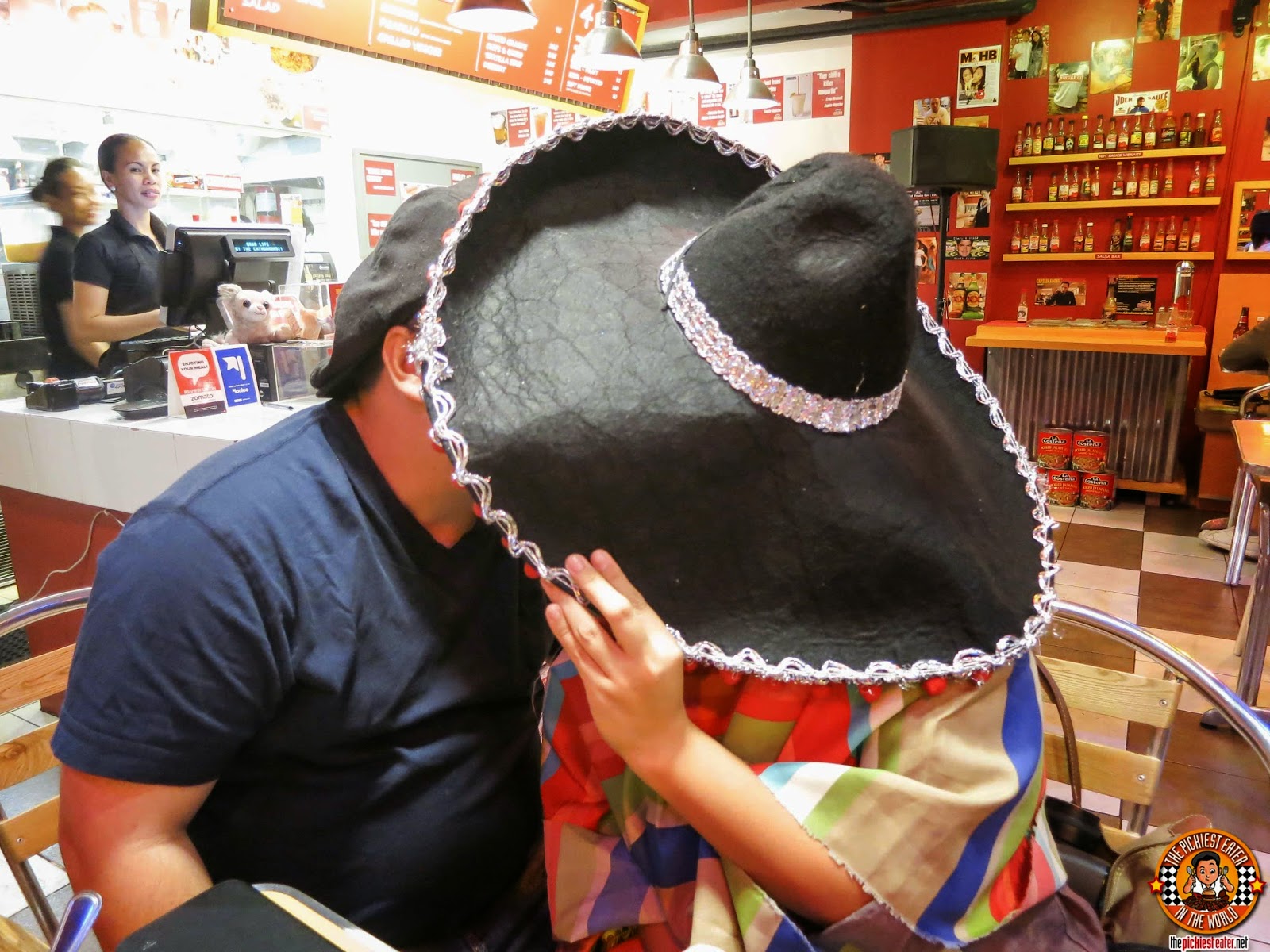 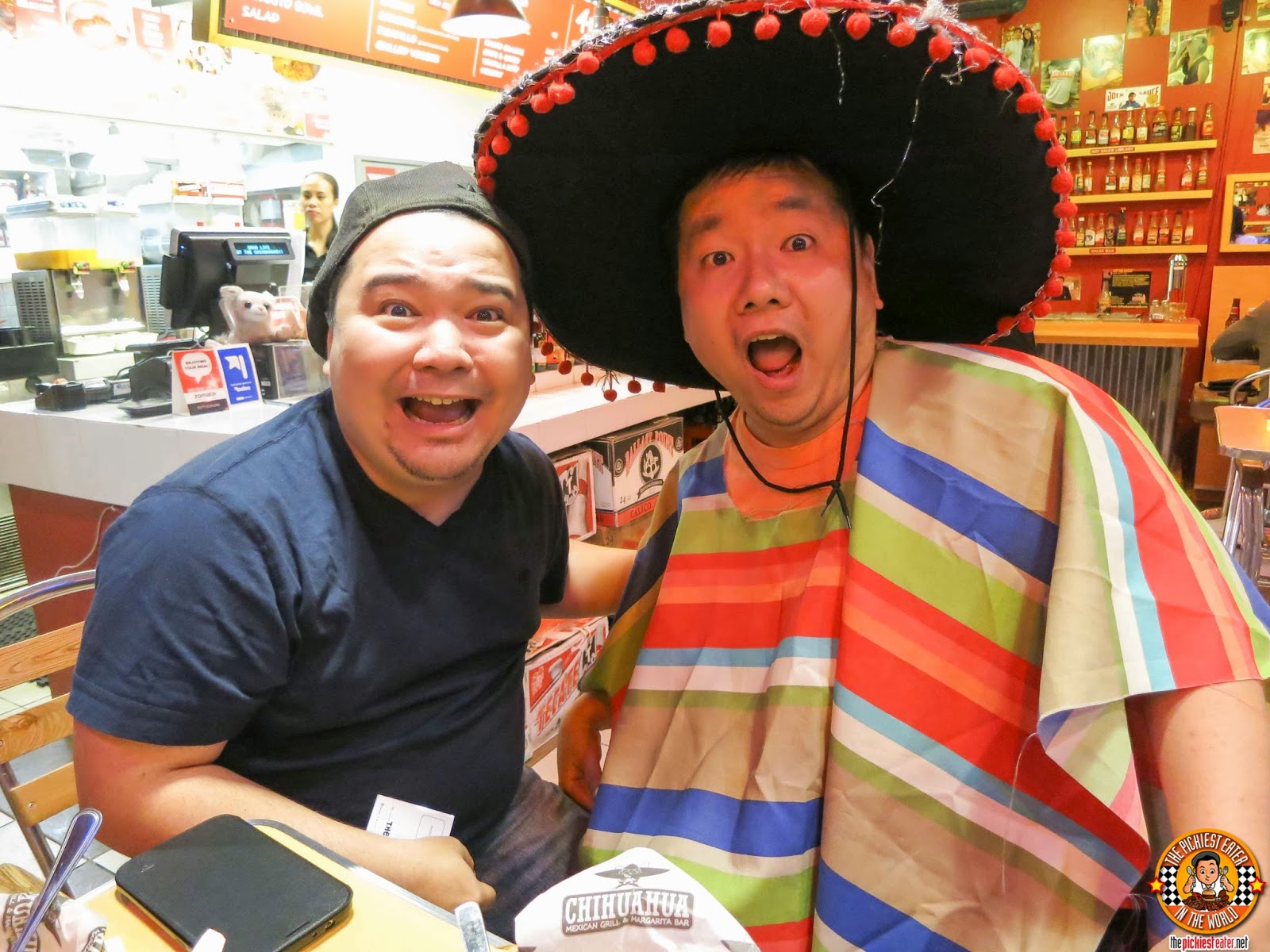 Things weren't always what they seemed that night..

Richie's hyper-acidity prevents him from enjoying Tomato based dishes, which is why Mexican restaurants are usually our last option. But when we were invited to have dinner over at the Greenbelt branch of Chihuahua Mexican Grill and Margarita Bar with our other blogger friends, there was no way we could say no.

Truthfully, I was the more excited one! It has been a while since I had a glass of margarita and so I was really kind of looking forward to it! 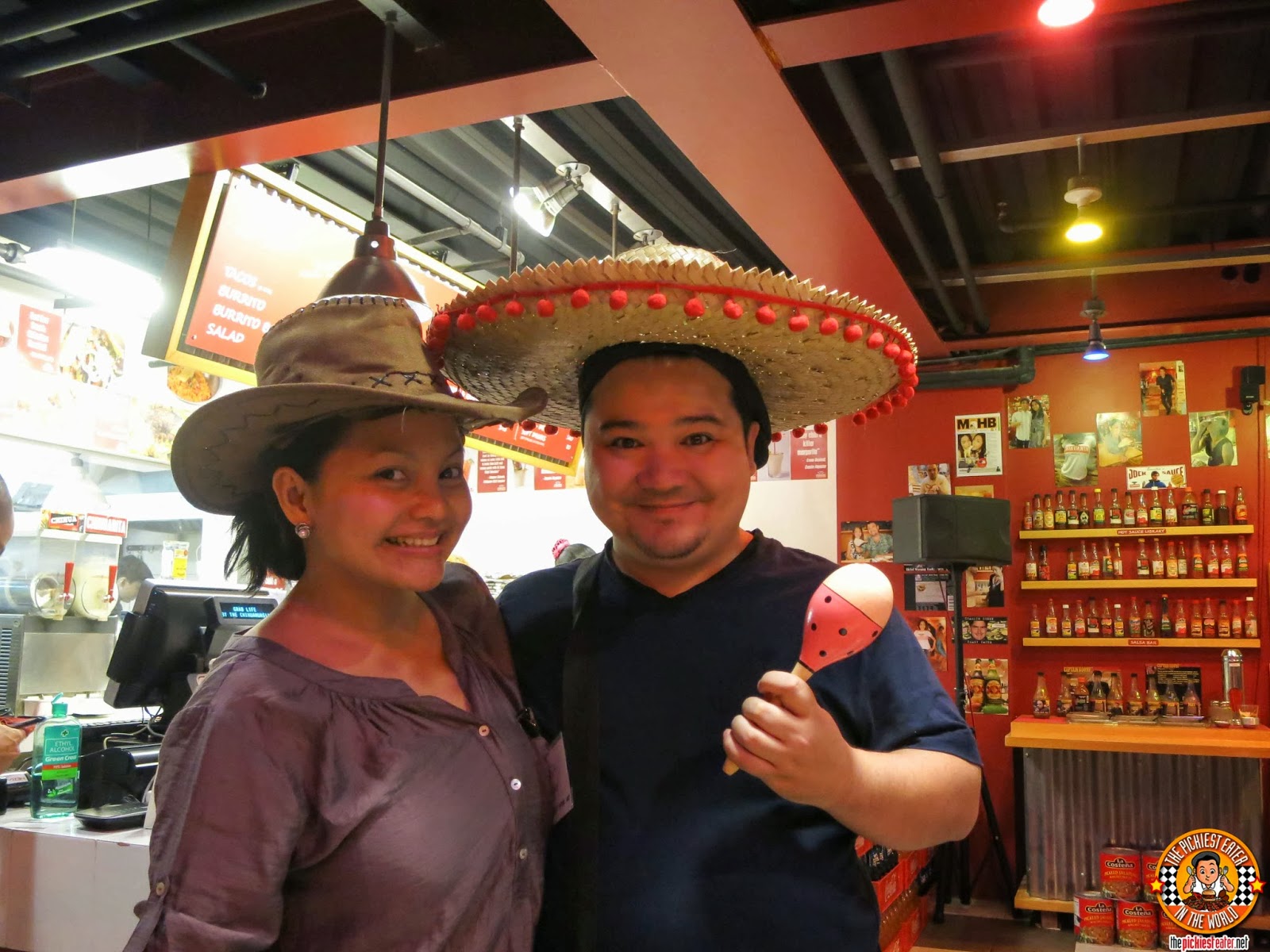 Between Richie and I, I'm the occasional drinker. But I also don't really drink a lot. I only like cocktails specifically frozen margaritas! 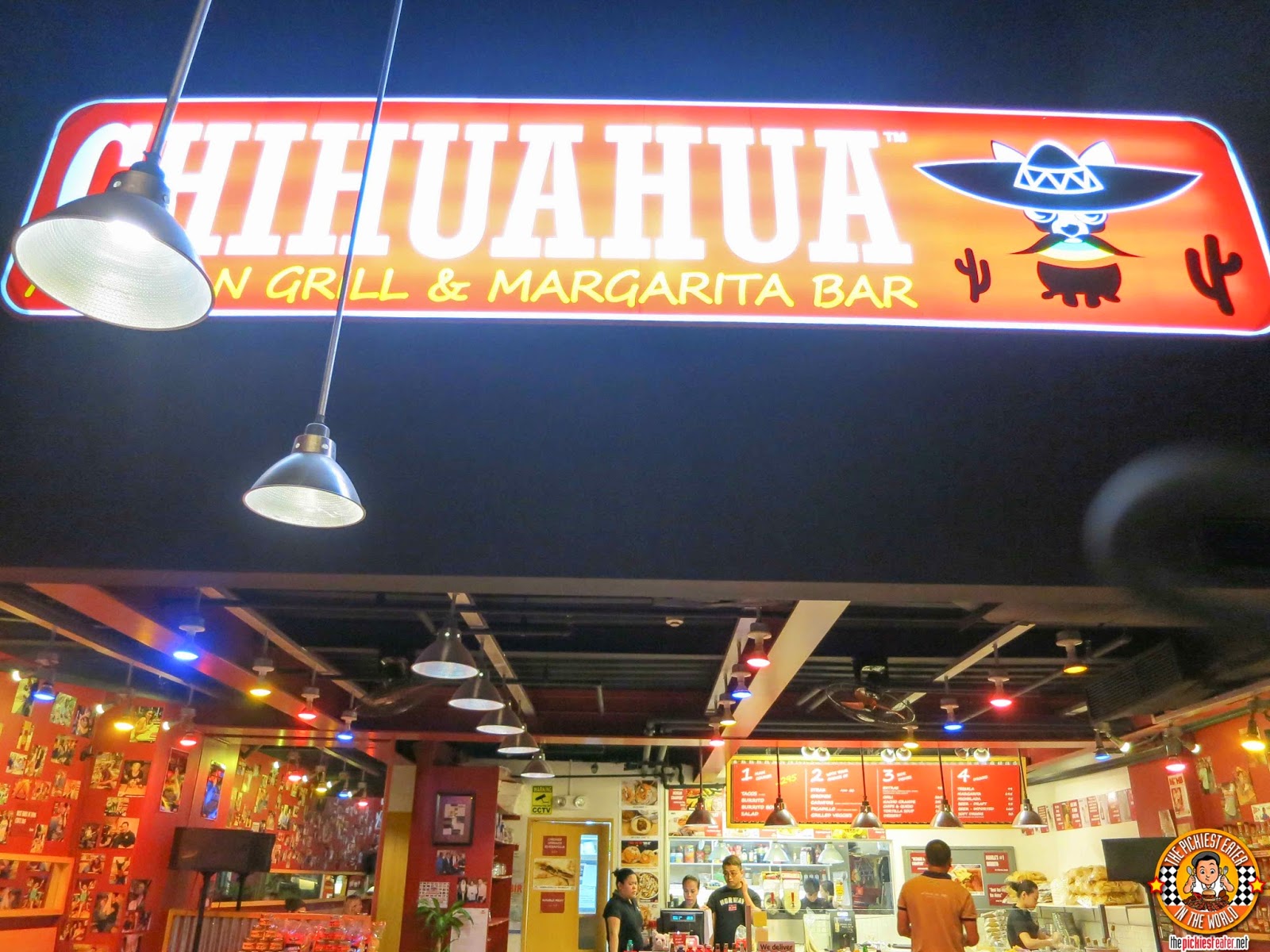 This would be my second time dining at Chihuahua. But the first one I went to was their original branch along Makati Ave, near A.Venue. Their branch at Greenbelt 2 was obviously bigger, but it had the same let-your-hair-down kind of ambiance that I enjoyed with my girlfriends during my first time. 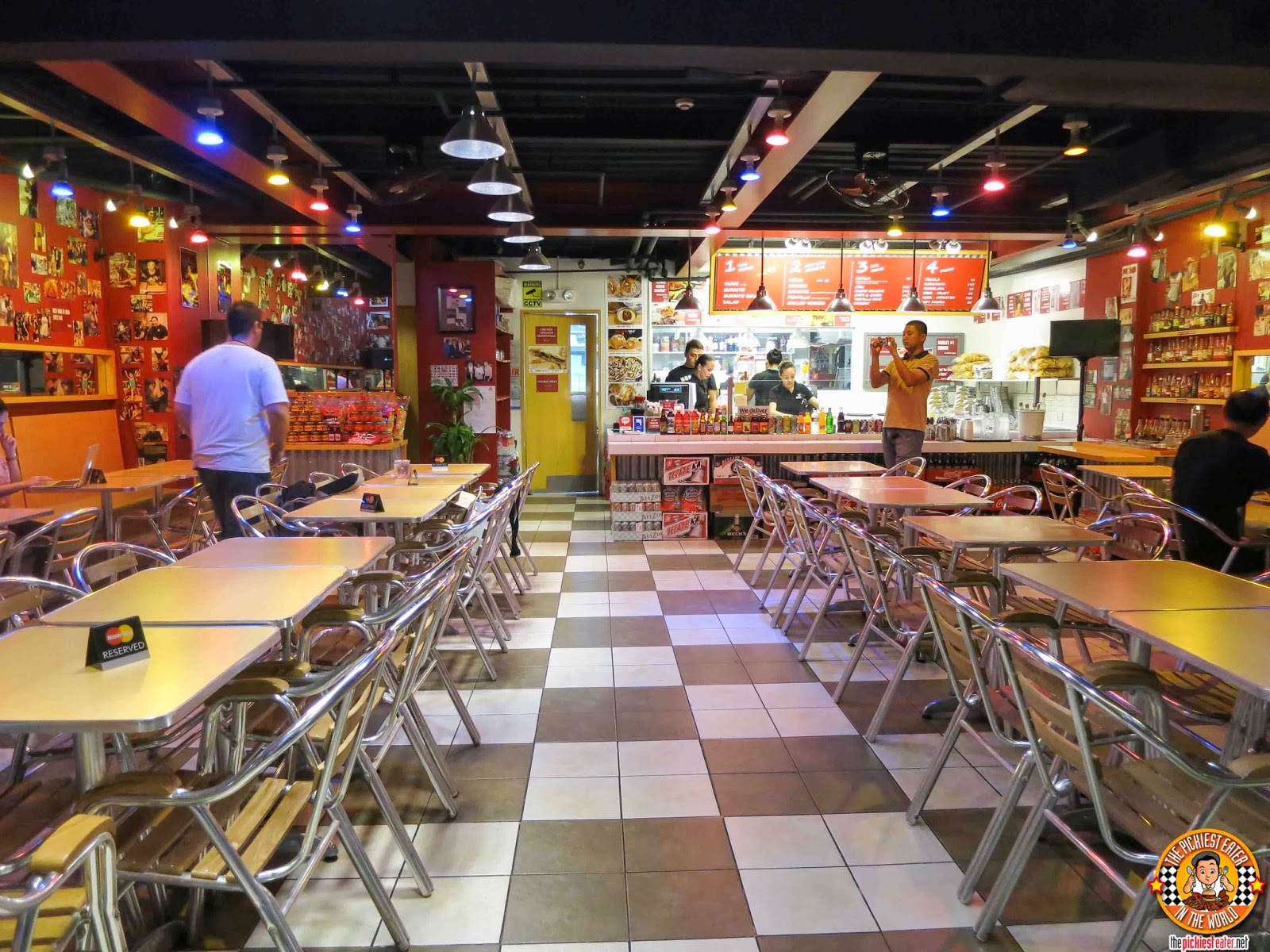 Place is spacious with lots of tables. But I'm pretty sure it gets packed especially on Friday nights with Makati office people wanting to relax after a long week! 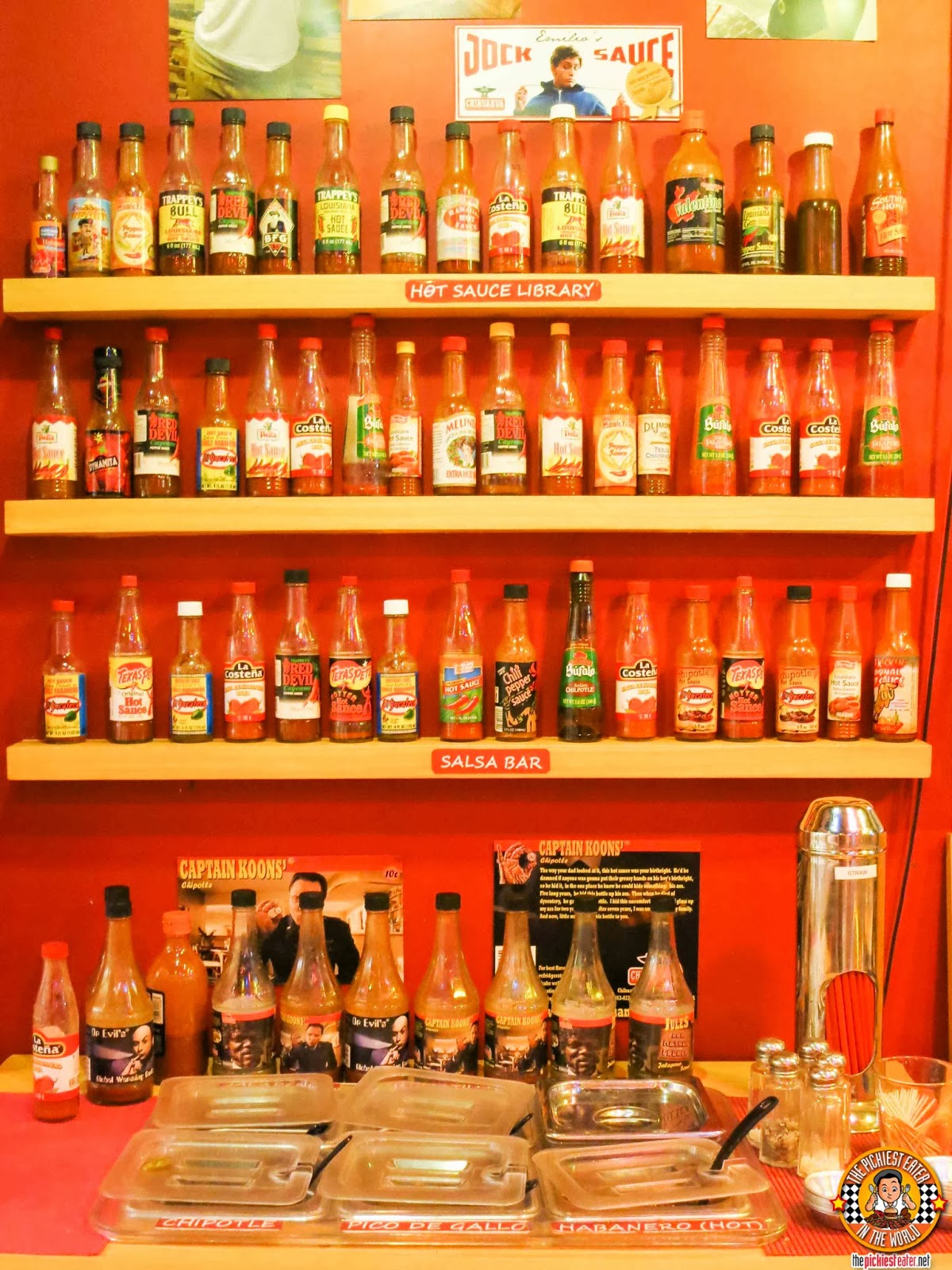 They still have that corner filled with condiments that you can self-serve yourself with. 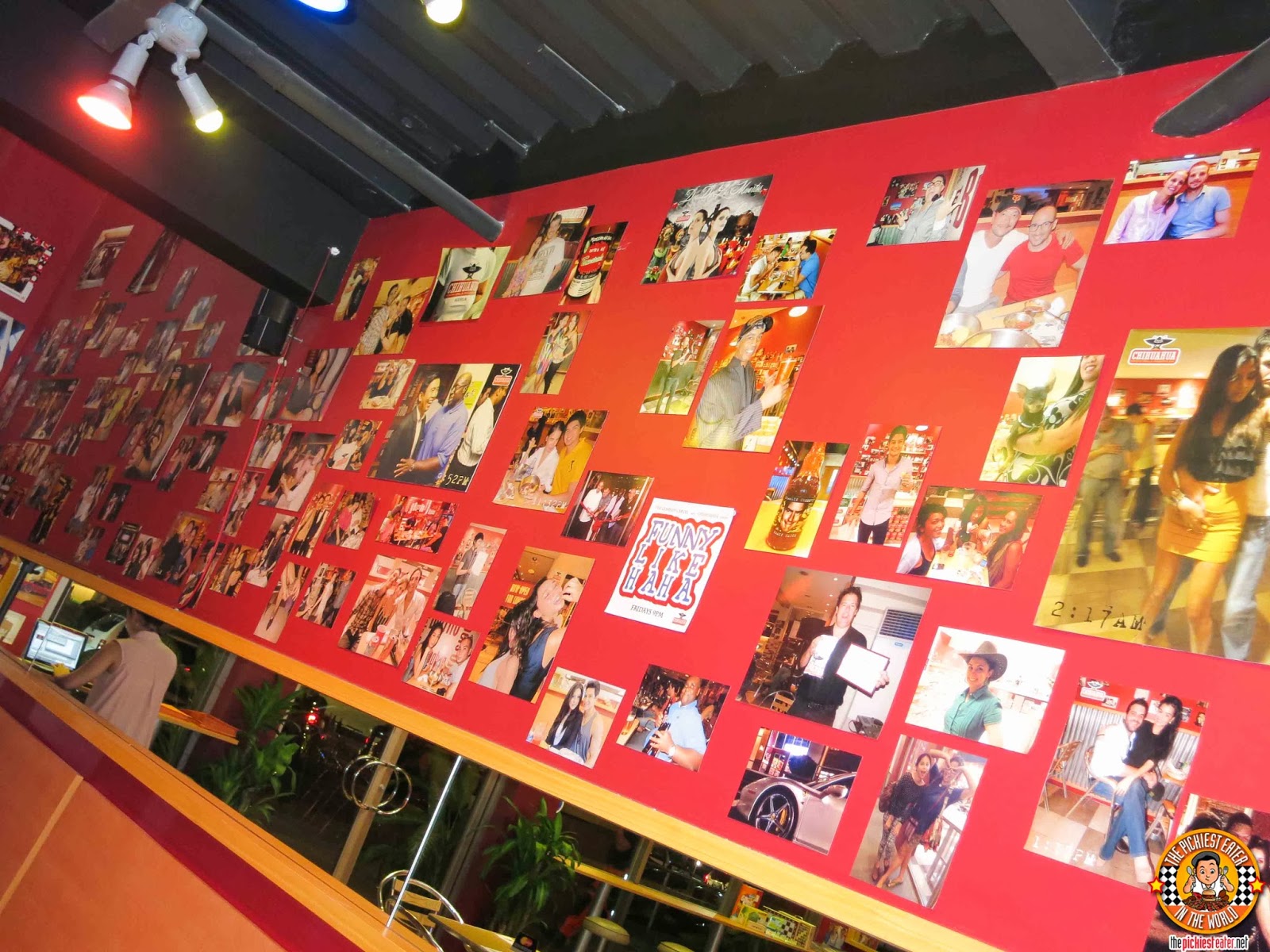 One of the cool things about Chihuahua is how they post photos of their guests on their walls. They all look like they're really having a blast! 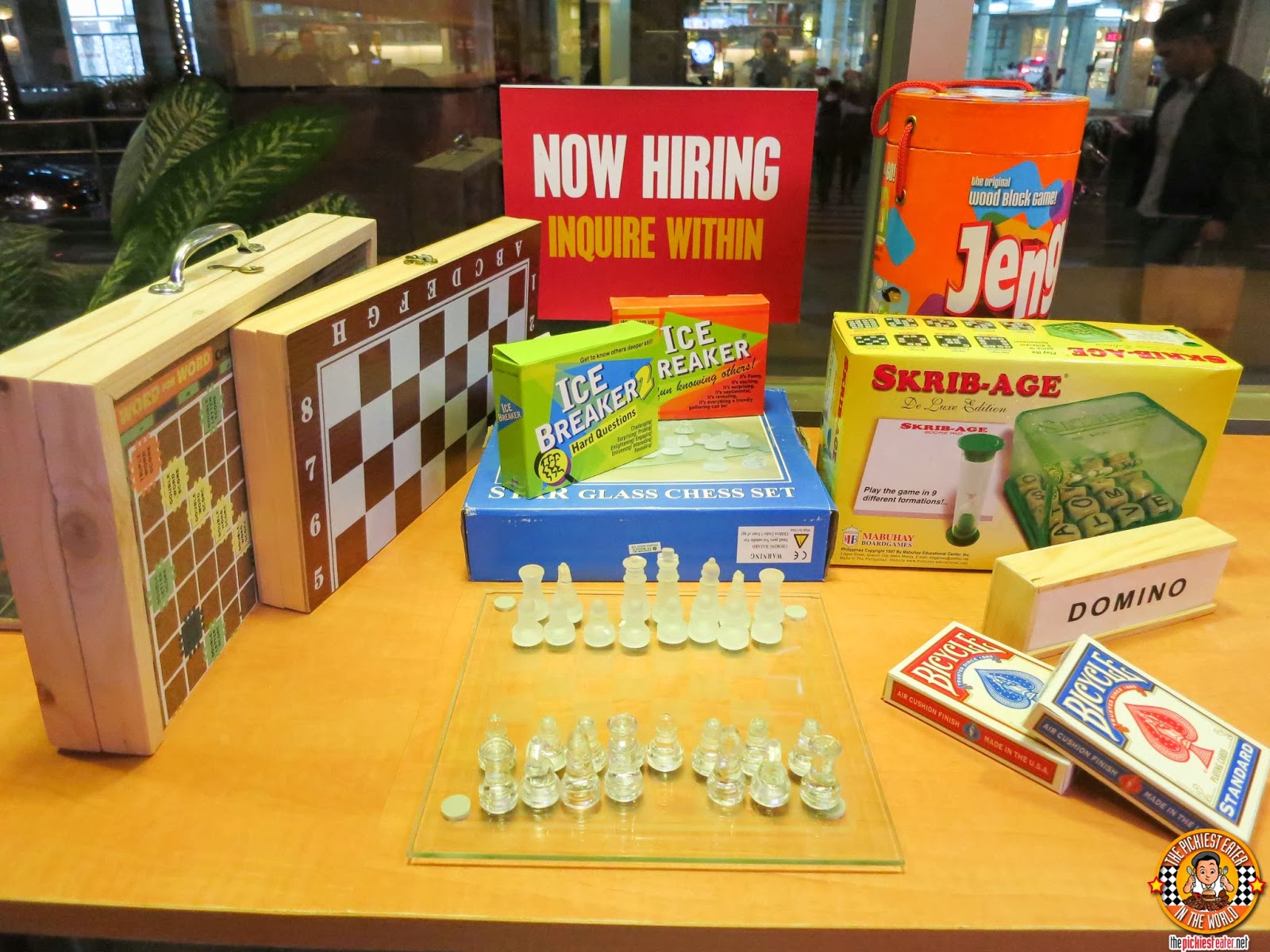 They have game boards that you can borrow while dining! (Just don't put marinara sauce on the game pieces please)

As soon as they brought our the huge Mexican hats and maracas, I knew we were in for a fun and crazy night! And most of all I was excited to try some of their new dishes that are about to debut this 2014! 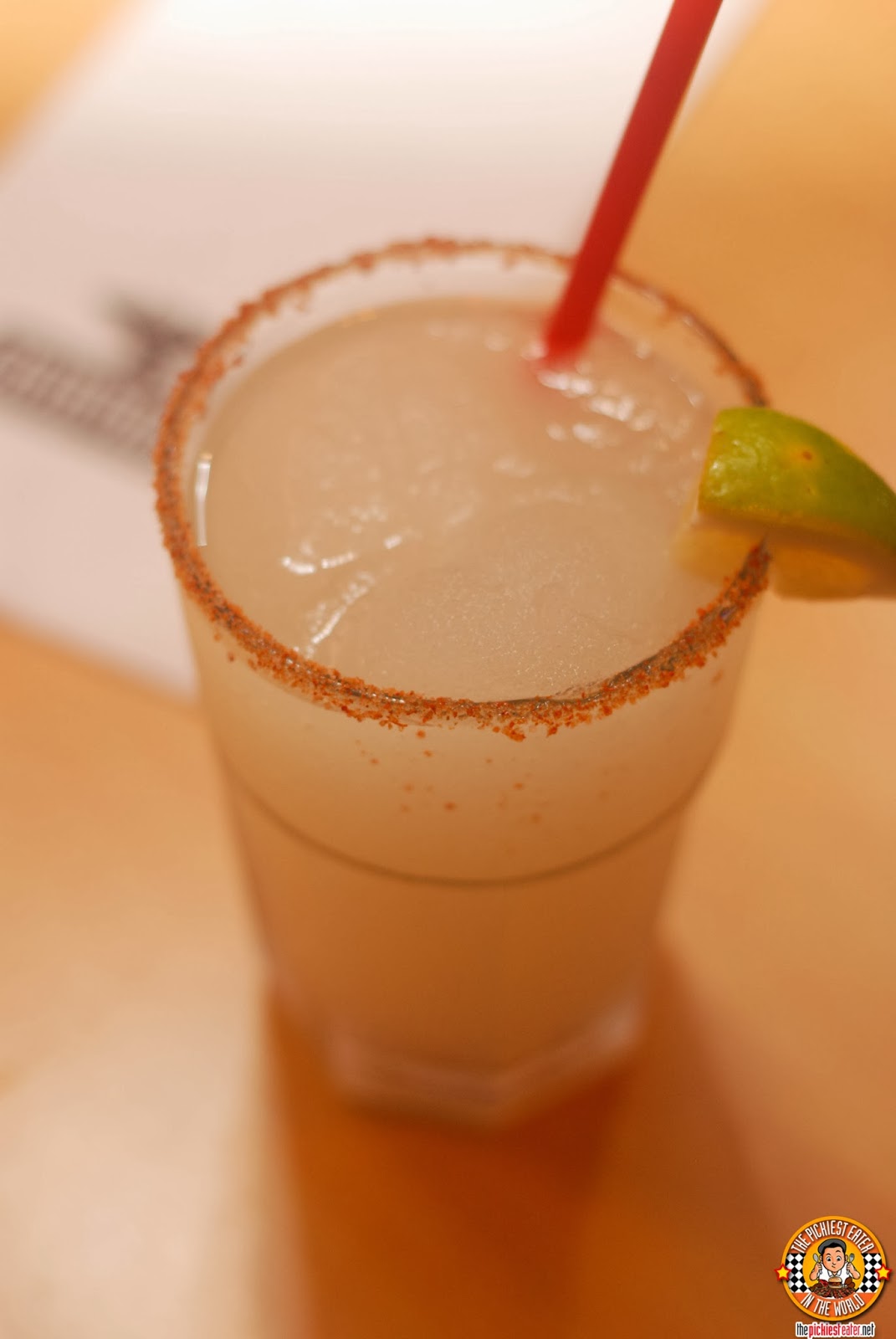 I was excited to try their famous Margarita (P195)! What's unique and quite addicting about this is that they used chili salt around the rim of the glass. I thought it was a bit pricey but then turns out it was more that I could handle. I guess because of my already low tolerance for alcohol since I gave birth, after a few sips I was already starting to feel woozy. I actually didn't even get to the bottom of the glass when I confirmed I was very tipsy hehe. It's really good with their variety of nachos! 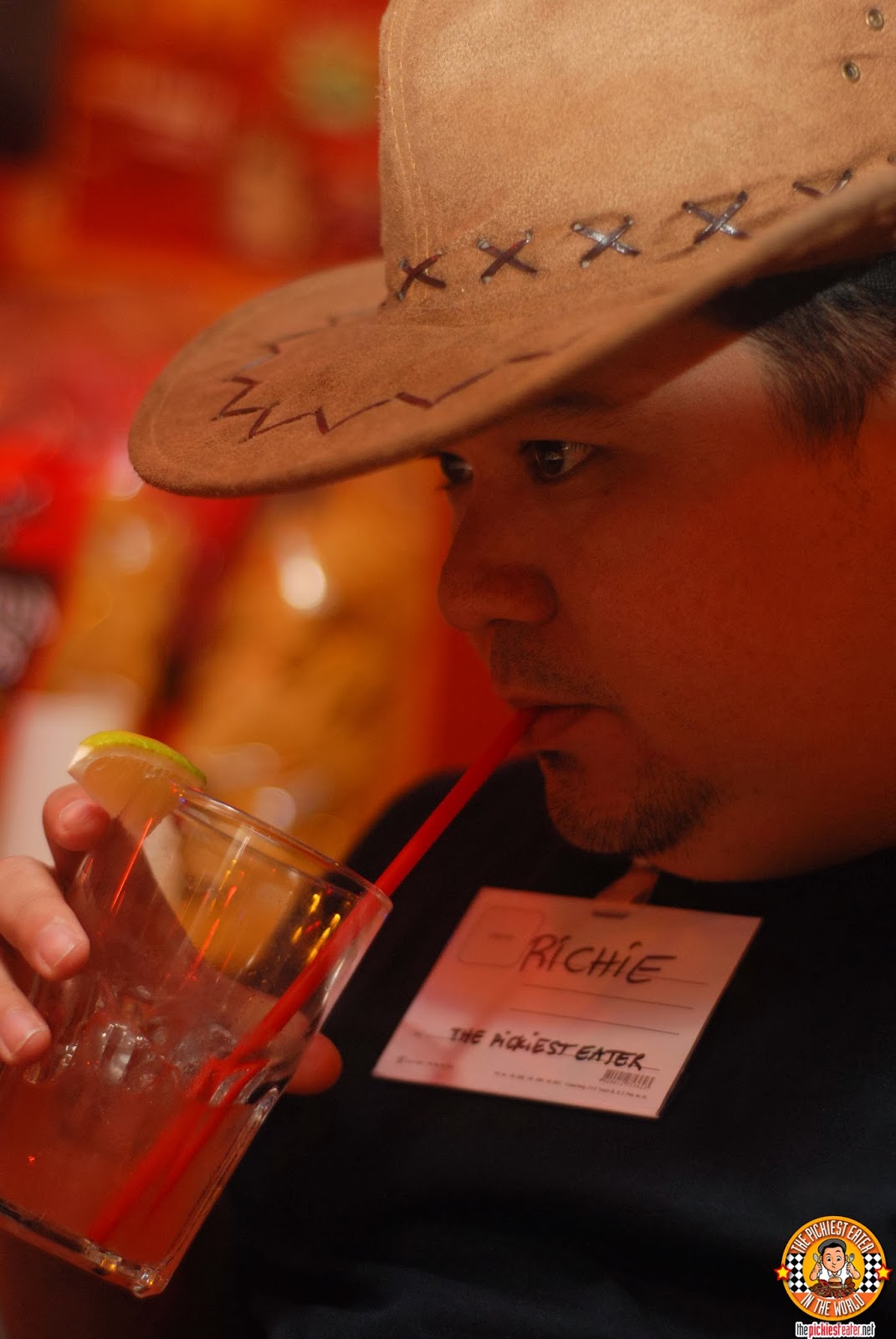 Richie in the meanwhile enjoyed his Watermelon Aguas Frescas. A new line of drink from chichuahua that is non-alcoholic (which explains why Richie loved it) and very refreshing! It also comes in Pear and Melon. (P140 for 500ml / P180 for 750ml)

It was only until that night that I found about about Chichuahua's secret menu item. It's a secret menu no one knows about but has been a constant best seller. (I feel so left out haha!). Anyway, Chichuahua actually serves one of the best quesadillas! Composed with three types of cheese, Chichuahua started with their Chicken Spinach Quesadilla (P495), and then came Mushroom Quesadilla (P365) around October. 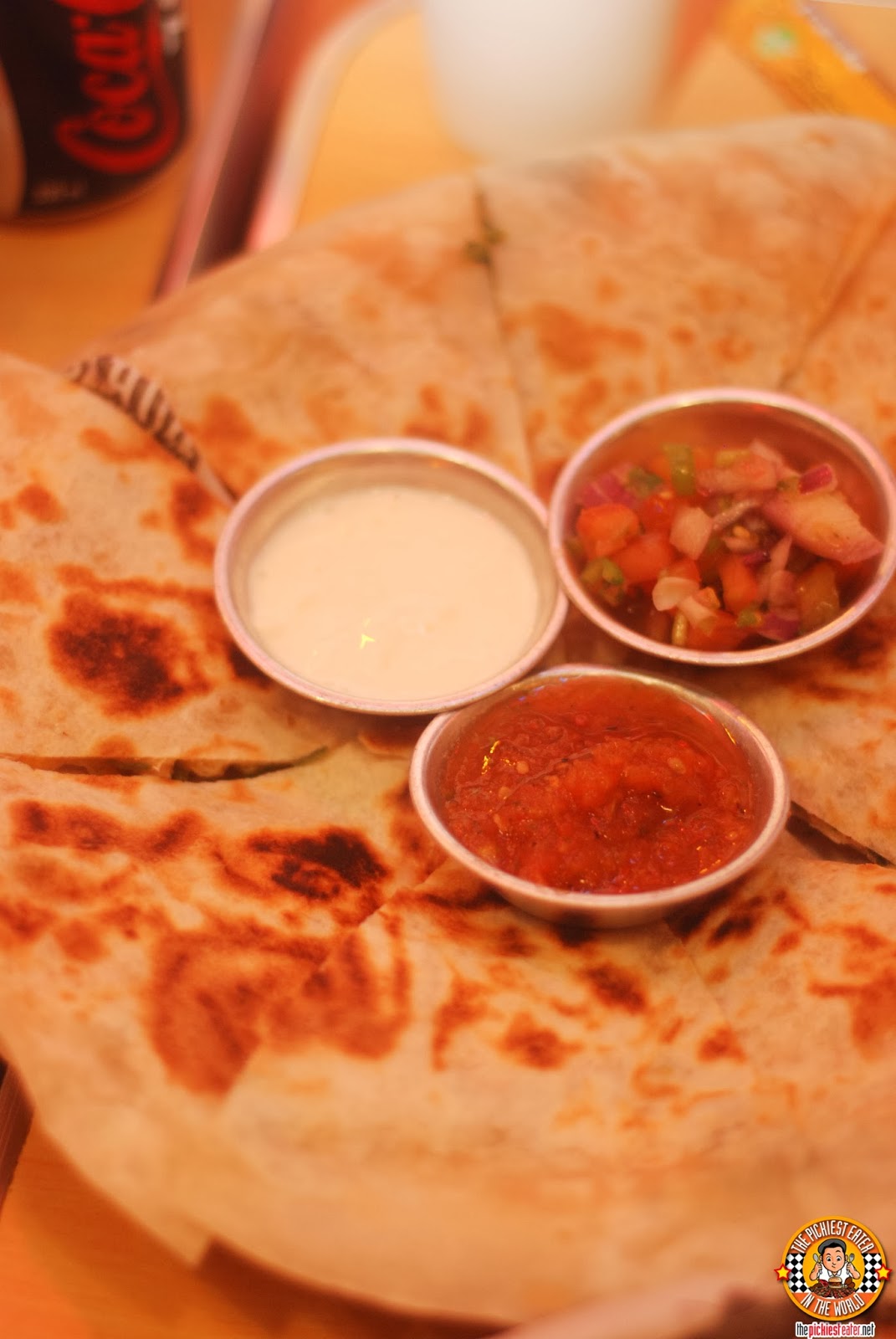 That evening, we got to try the Carnitas Quesadilla (P485). Inside these soft toasted flour tortillas are very tender slow-cooked pork, cilantro, and red onions. It's served with chipotle salsa, pico de gallo, sour cream, and when avocados are in season, guacamole. I think I can finish one whole all by myself. 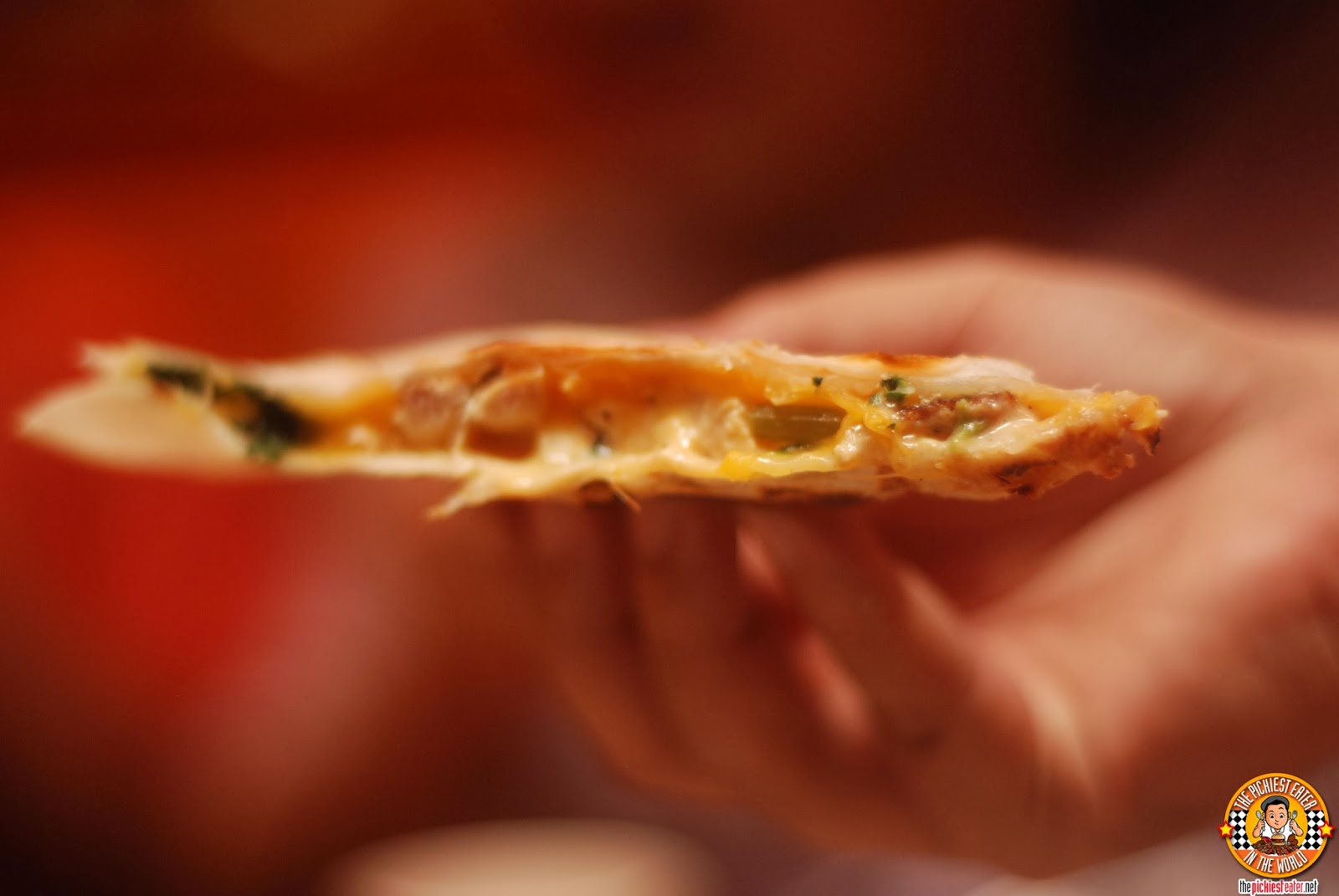 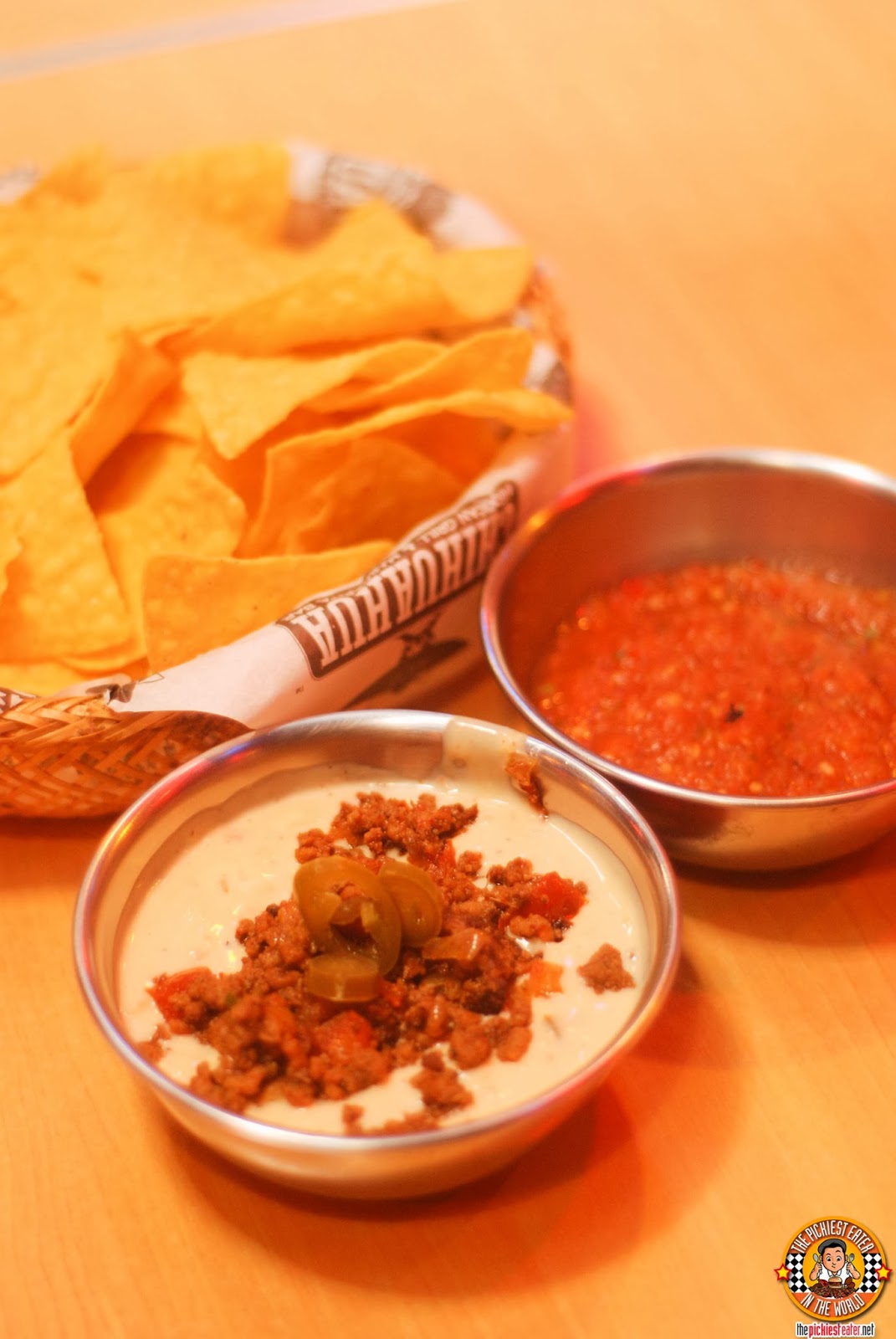 I really enjoyed their Chips and Queso "Special" (P195). Crispy corn chips served with creamy melted cheese (and lots of it!) with ground beef, tomatoes, and slices of jalapeno,  I loved it because the heat and saltiness were sort of fighting in my mouth. 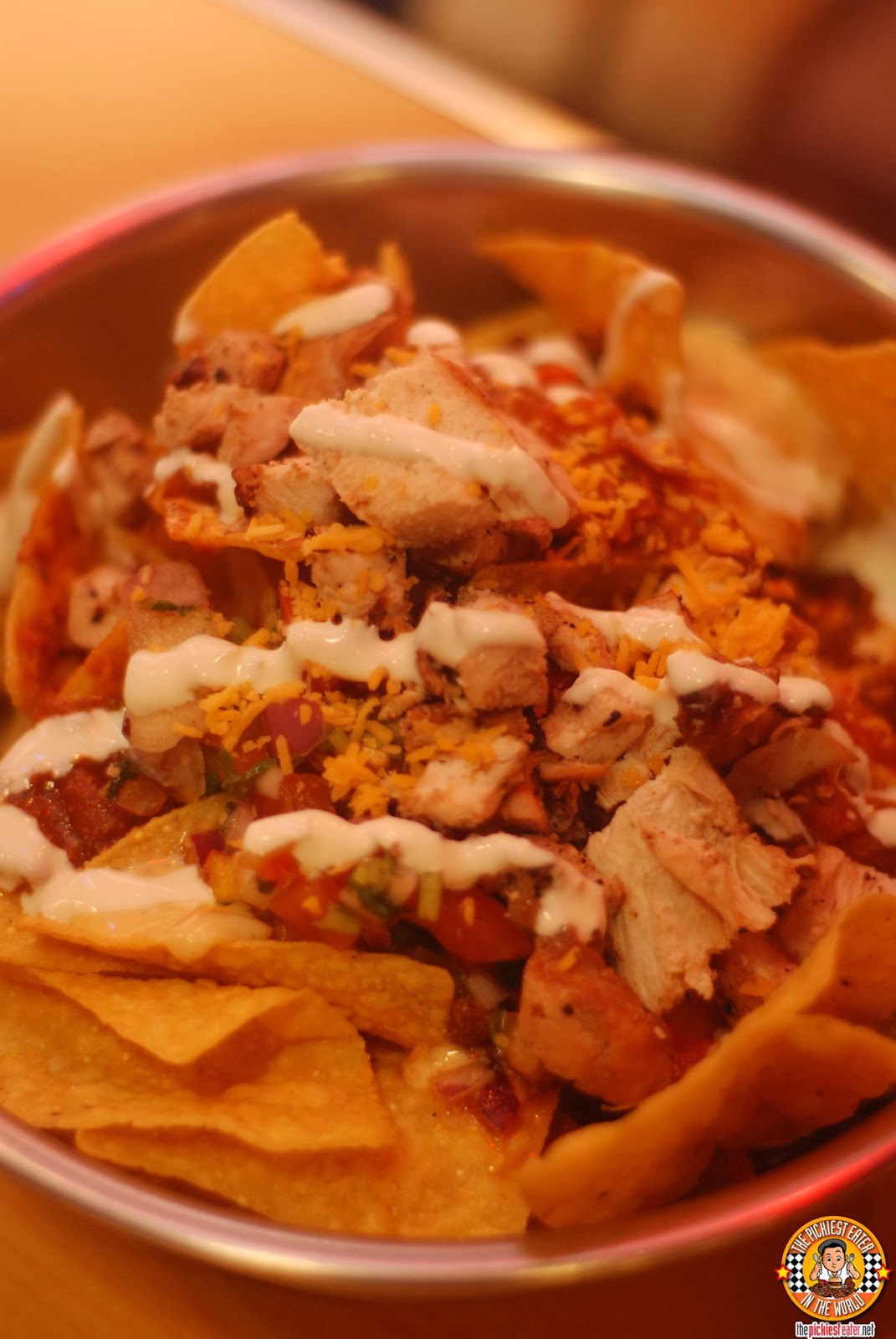 Then we started munching on this huge bowl of Chicken Nachos (P385) which had some diced grilled chicken breast, diced tomatoes,red onions, bell peppers, some beans, drizzled with sour cream, and dusted with cheddar cheese! 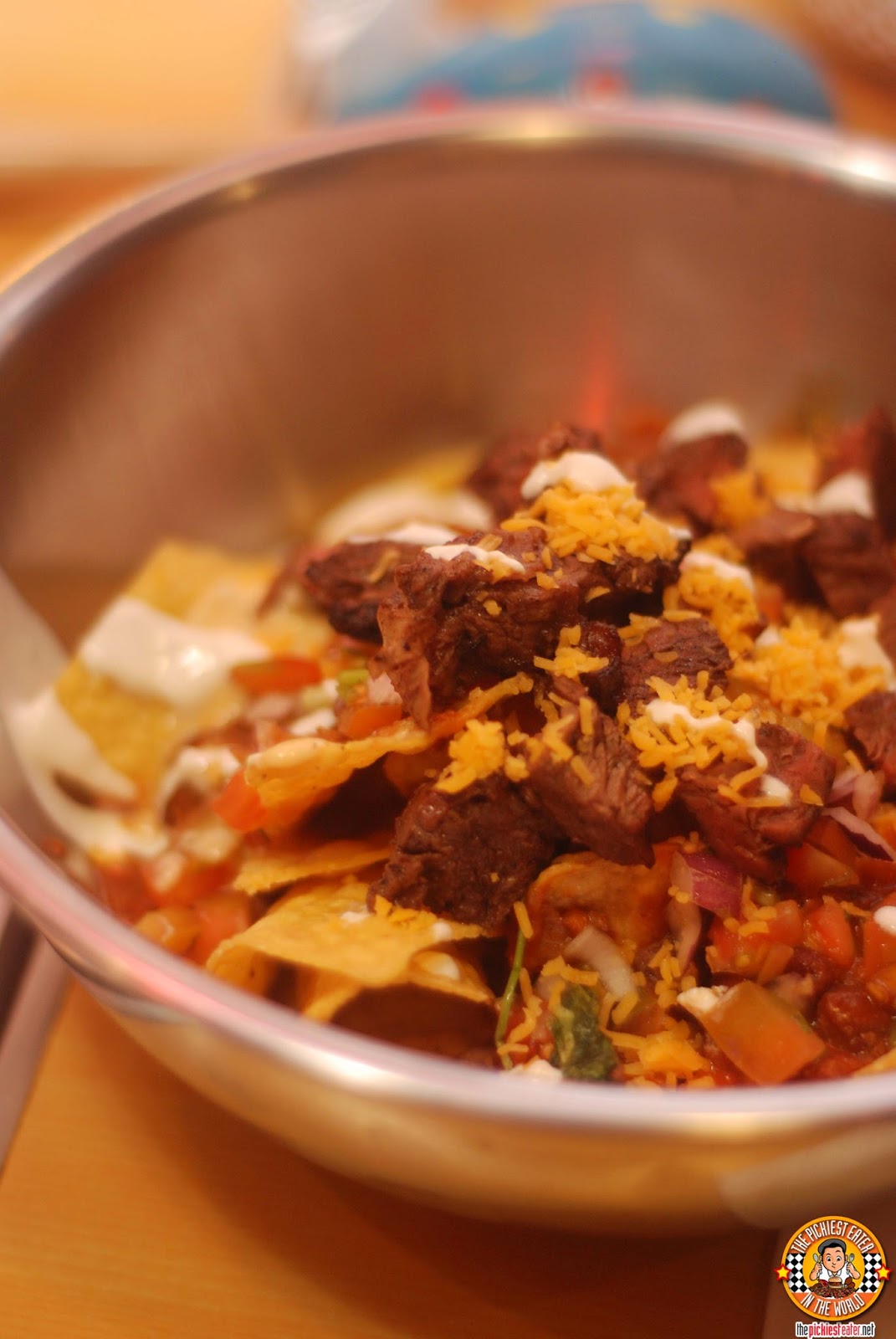 Chihuahuas also has a steak version. The Steak Nachos (P385) tastes as good as it sounds. It is dressed up with beautiful dices of medium rare steak which the whole group devoured. It also had the works (tomatoes, red onions, bell peppers, and all that jazz)

Burrito lovers will get a kick out of Chichuahua's pride and joy burritos. But they're quite big. So Chichuahua made a smaller version. The Mini-Me (P225) is available for lunch on weekdays to Chichuahua's facebook fans. So if you're one of them, just whip out your smartphone, show the "liked" Chihuahua facebook page. 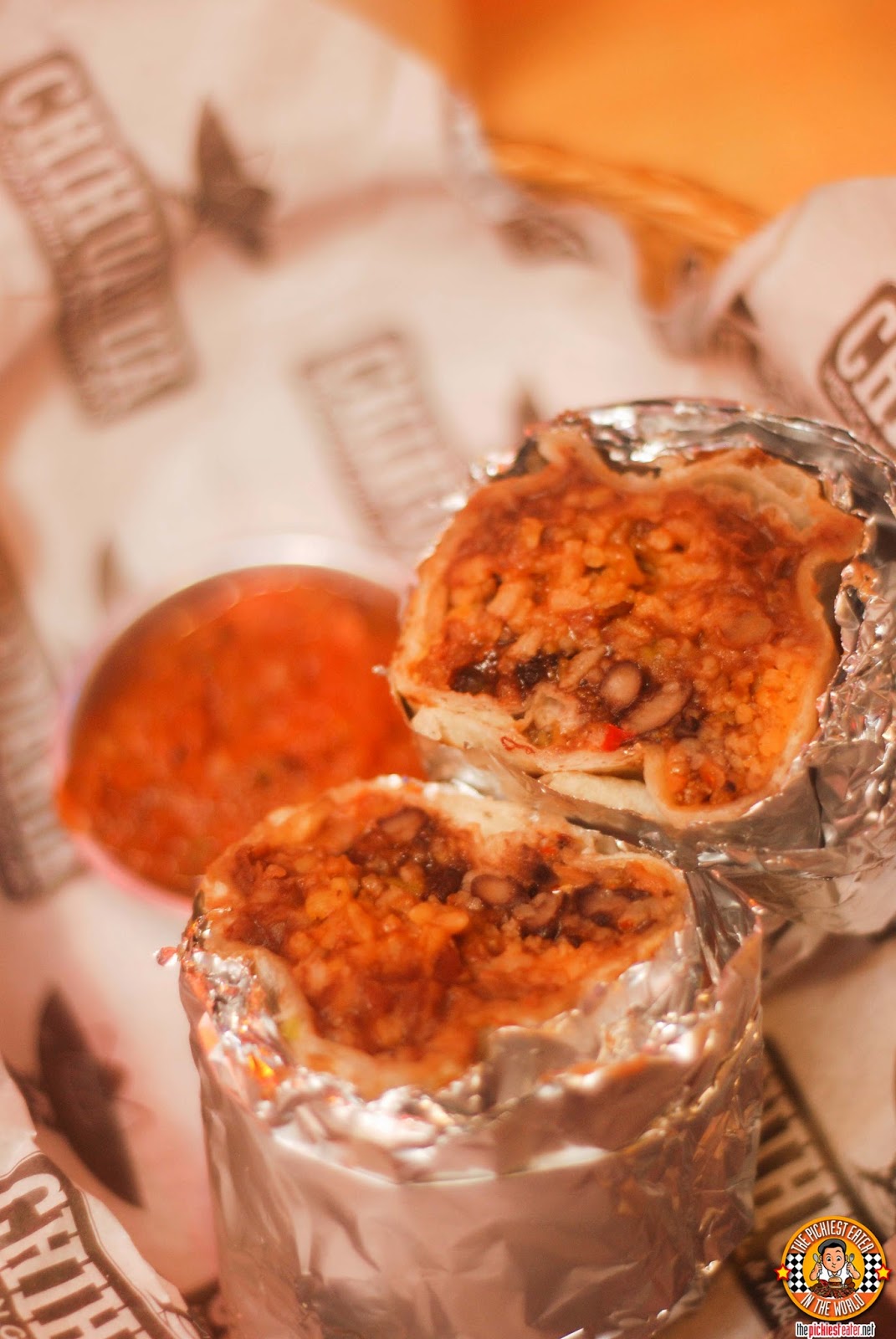 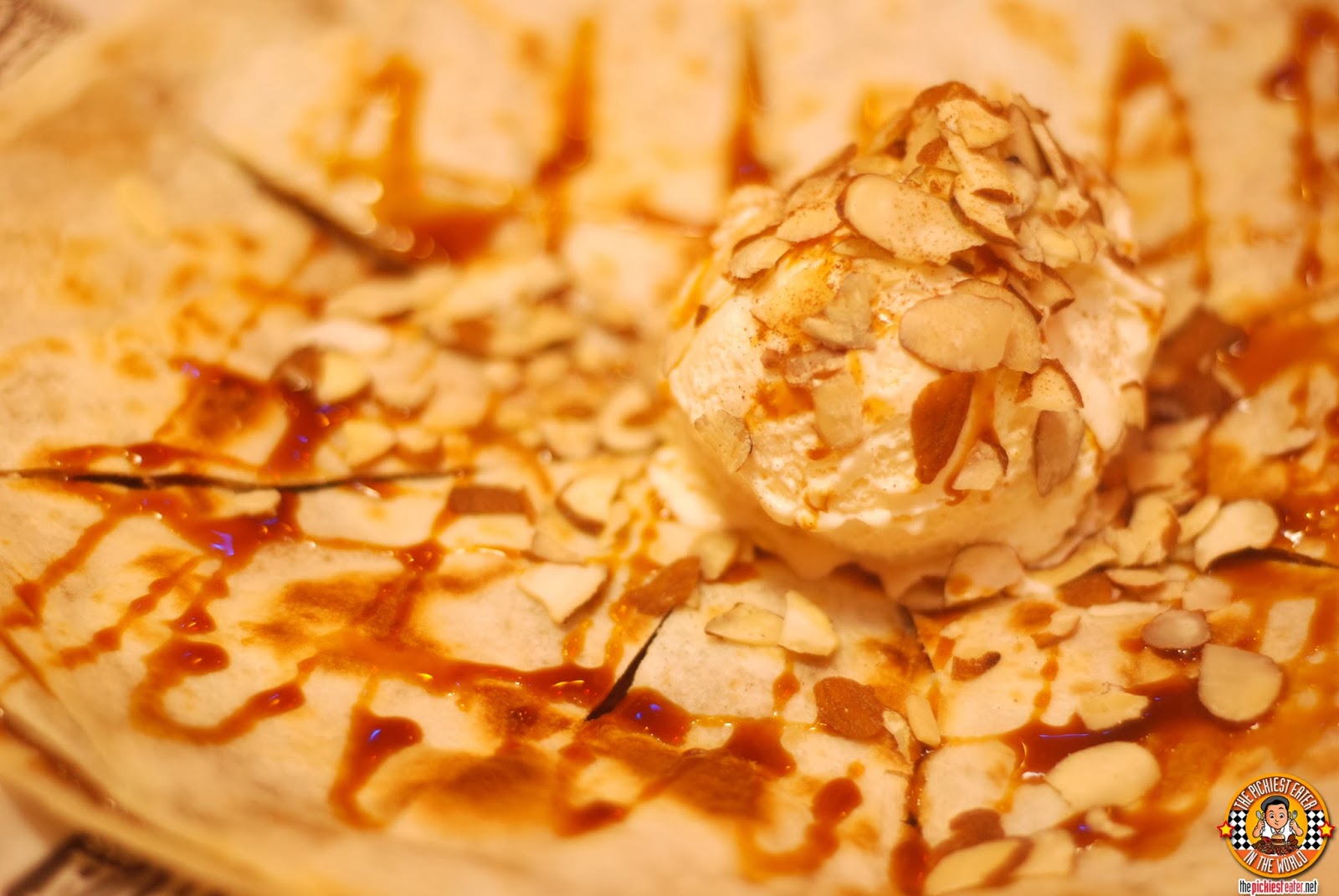 Just when you thought you've seen all kinds of quesadillas, they bring out the Banana Nutella Quesadilla (P195 / P345). And it's a big hit among the group! This brilliant dessert is made of Nuttella, Jiffy's Peanut Butter, fresh bananas, all turned ala mode with a scoope of vanilla ice cream on top. It's then dusted with cinnamon, shaved almonds, and a Mexican caramel called cajeta.

MORE REASONS TO PARTY AT CHIHUAHUA

Chihuahua will be making much more noise (literally) with their weekly partys such as Salsa Saturdays (wherein they give free dance lessons every Saturday 10:30AM), go on a Reggaeton trip every Fridays on LIMON Fridays, listen to relaxing unplugged music featuring Lee Grane, Jennifer Blair-Bianco, The Blue Racscals, The Band of Brothers, Bullet Dumas, Rizza Carbrera, Nino Alejandro, and Kate Toralba on Acoustic Wednesdays, and many many more!

I definitely would go back to Chihuahua when I feel like having a night of margaritas, and big bowls of pica pica with my chicas! 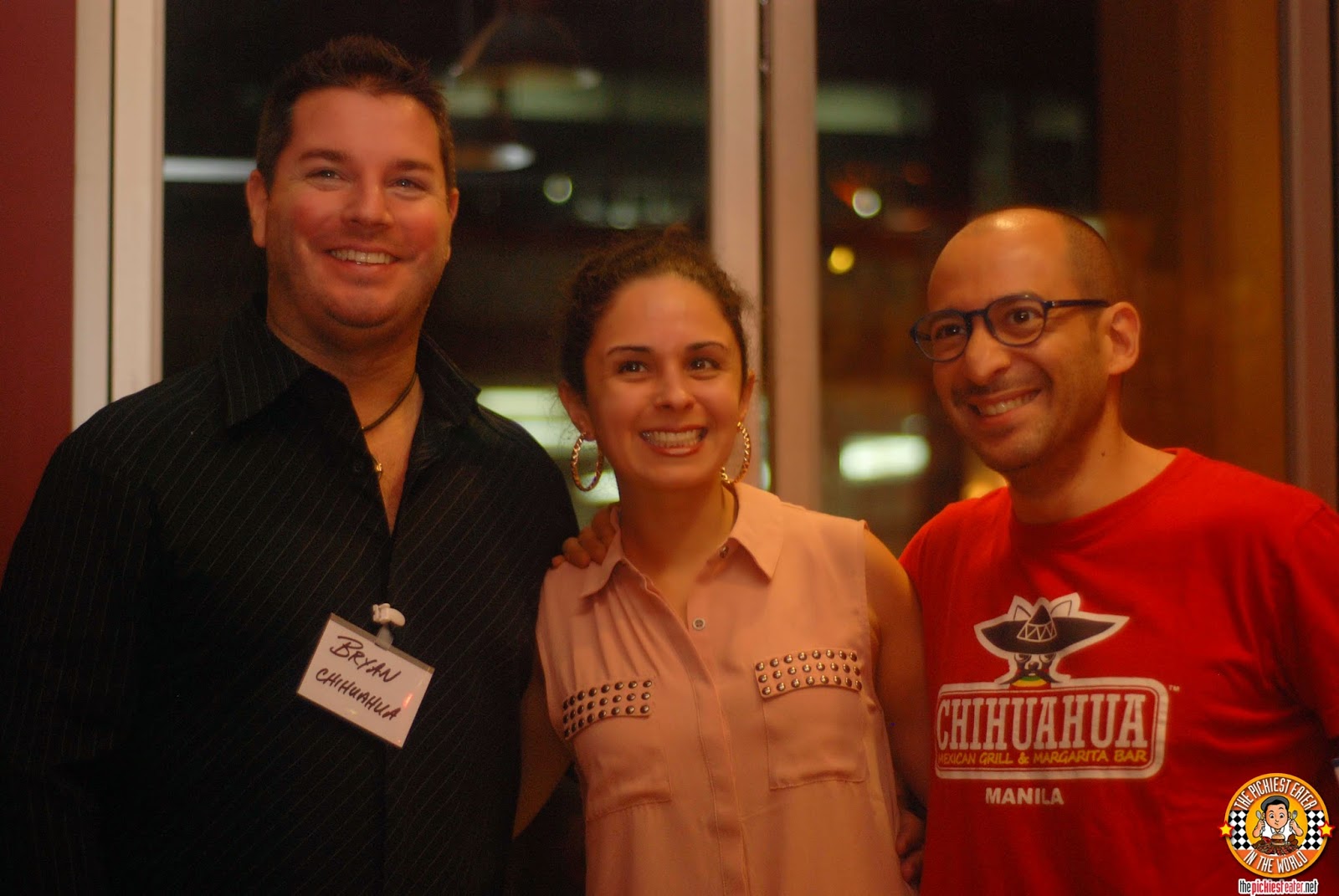 Thanks to Ines and Elian, founders of Chihuahua Mexican Grill & Margarita Bar, as well as restaurant manager Brian for having us! 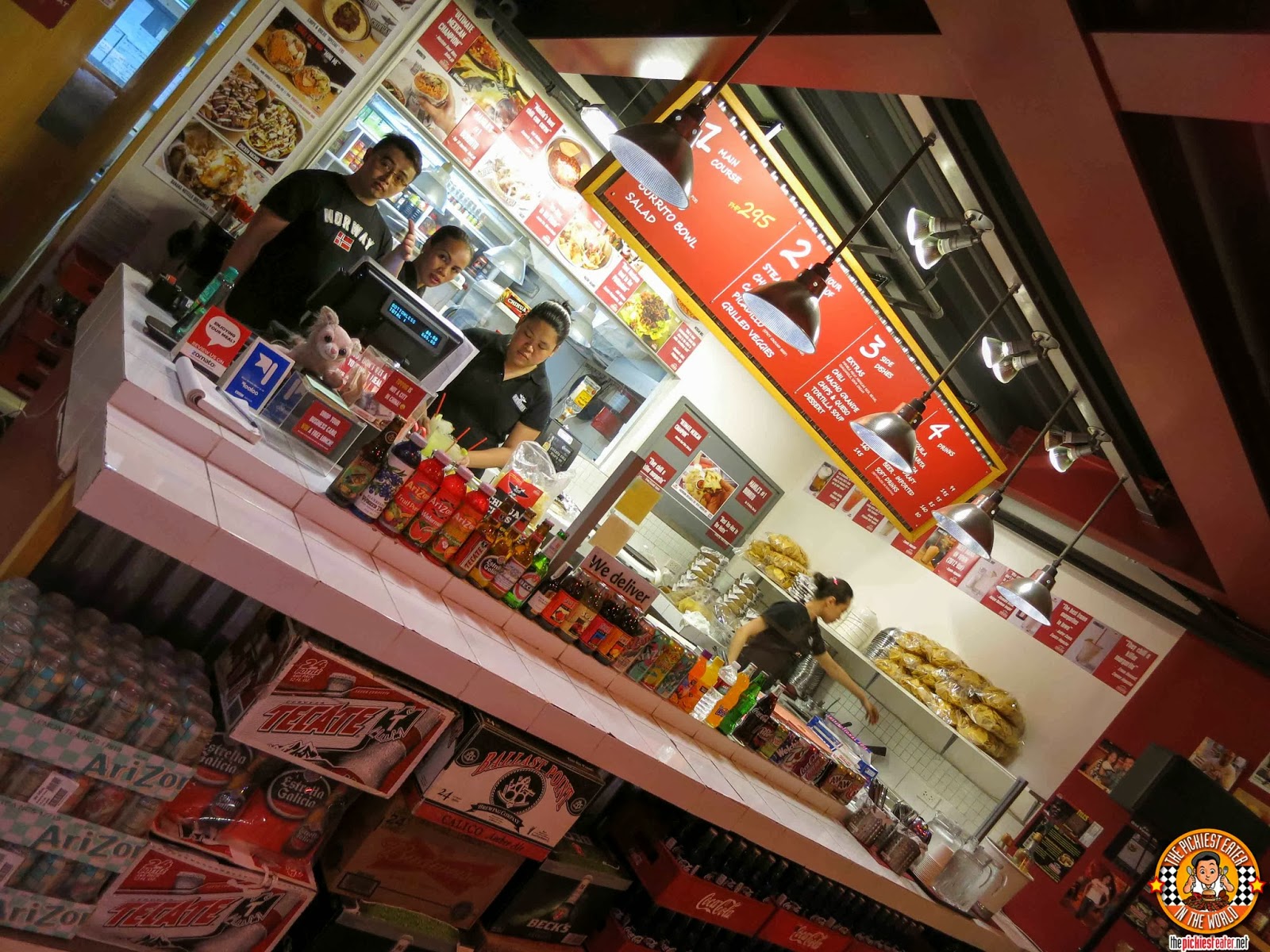 Thank you to the hardworking staff of Chihuahua as well! 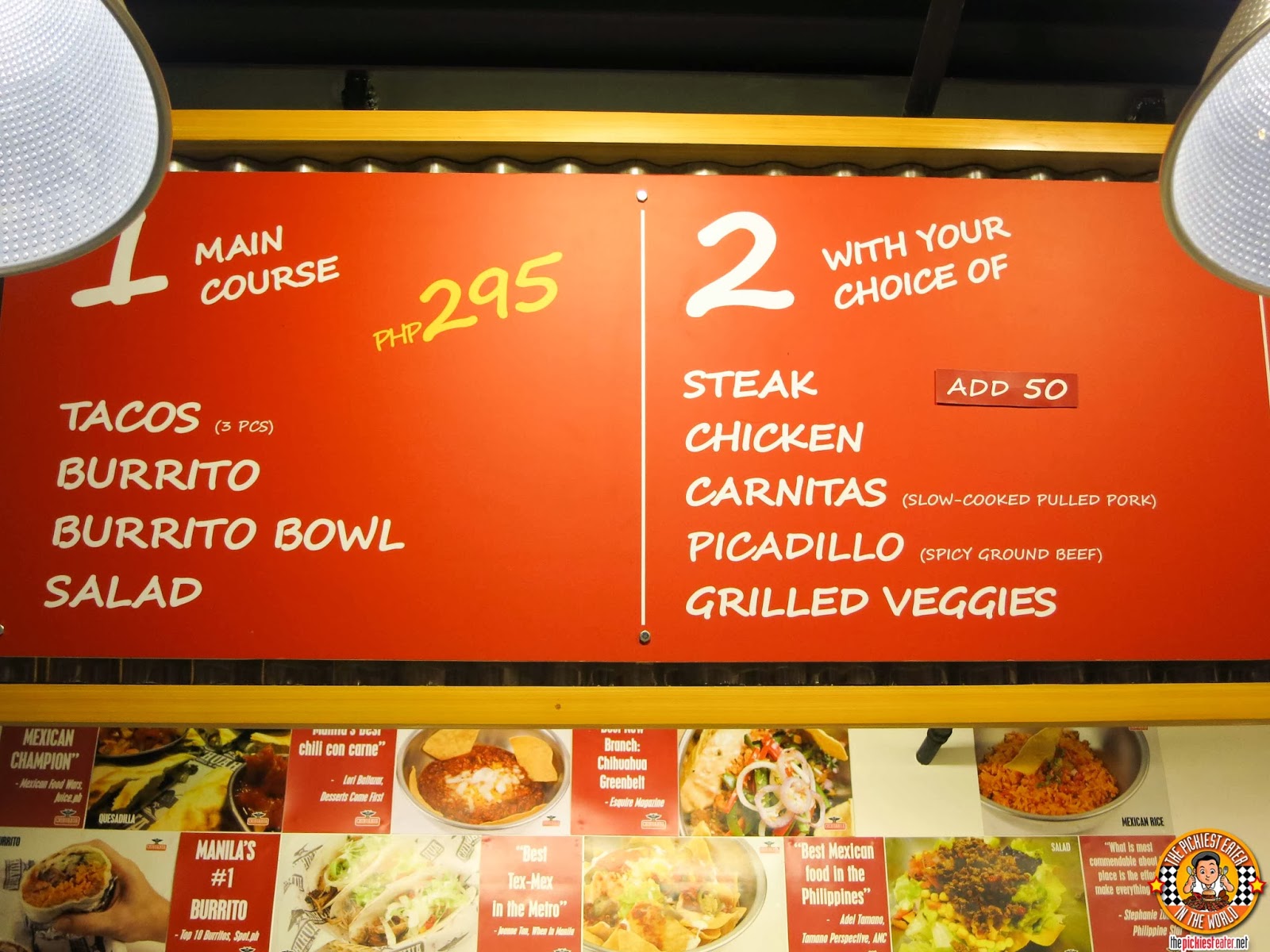 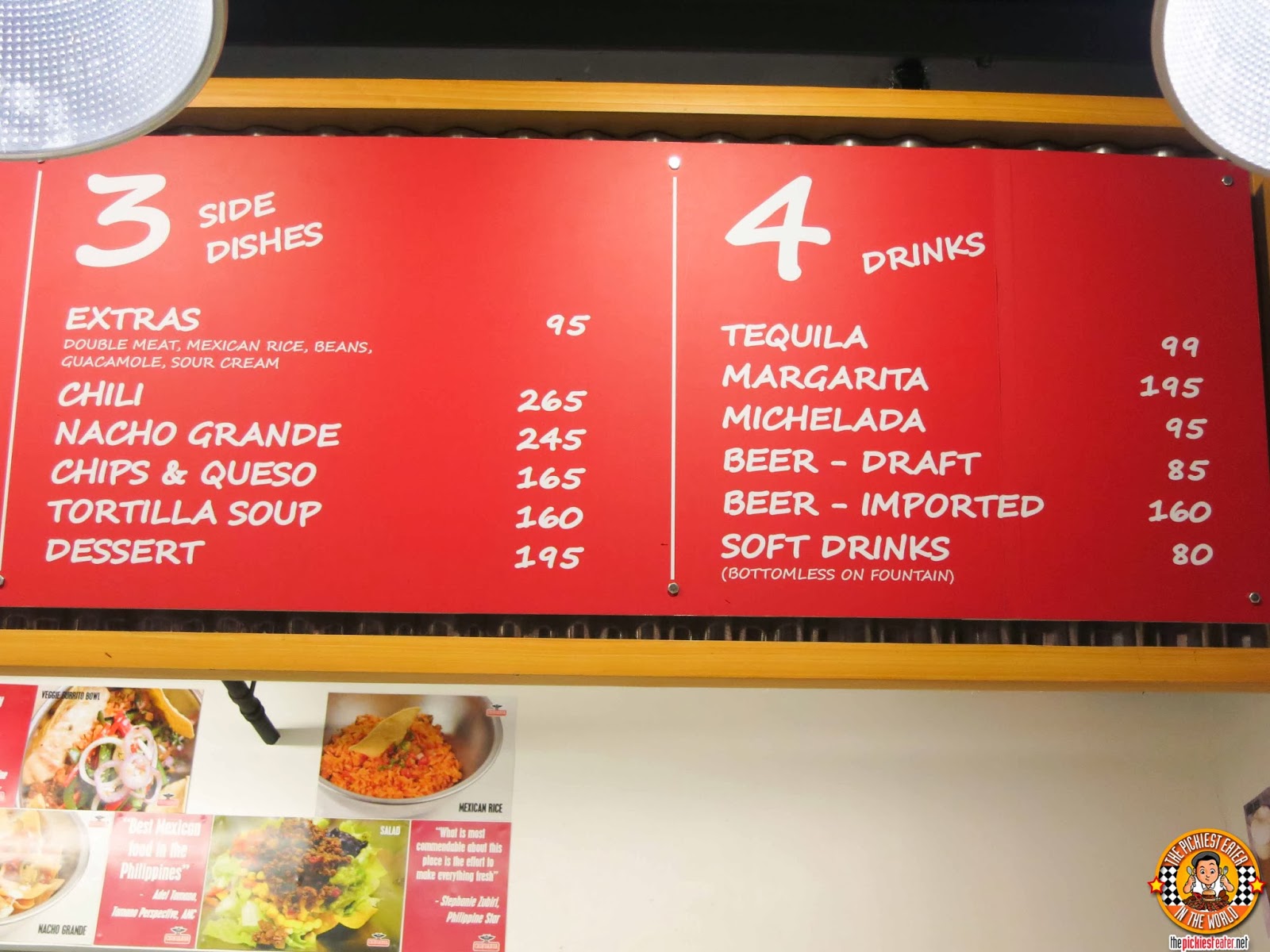