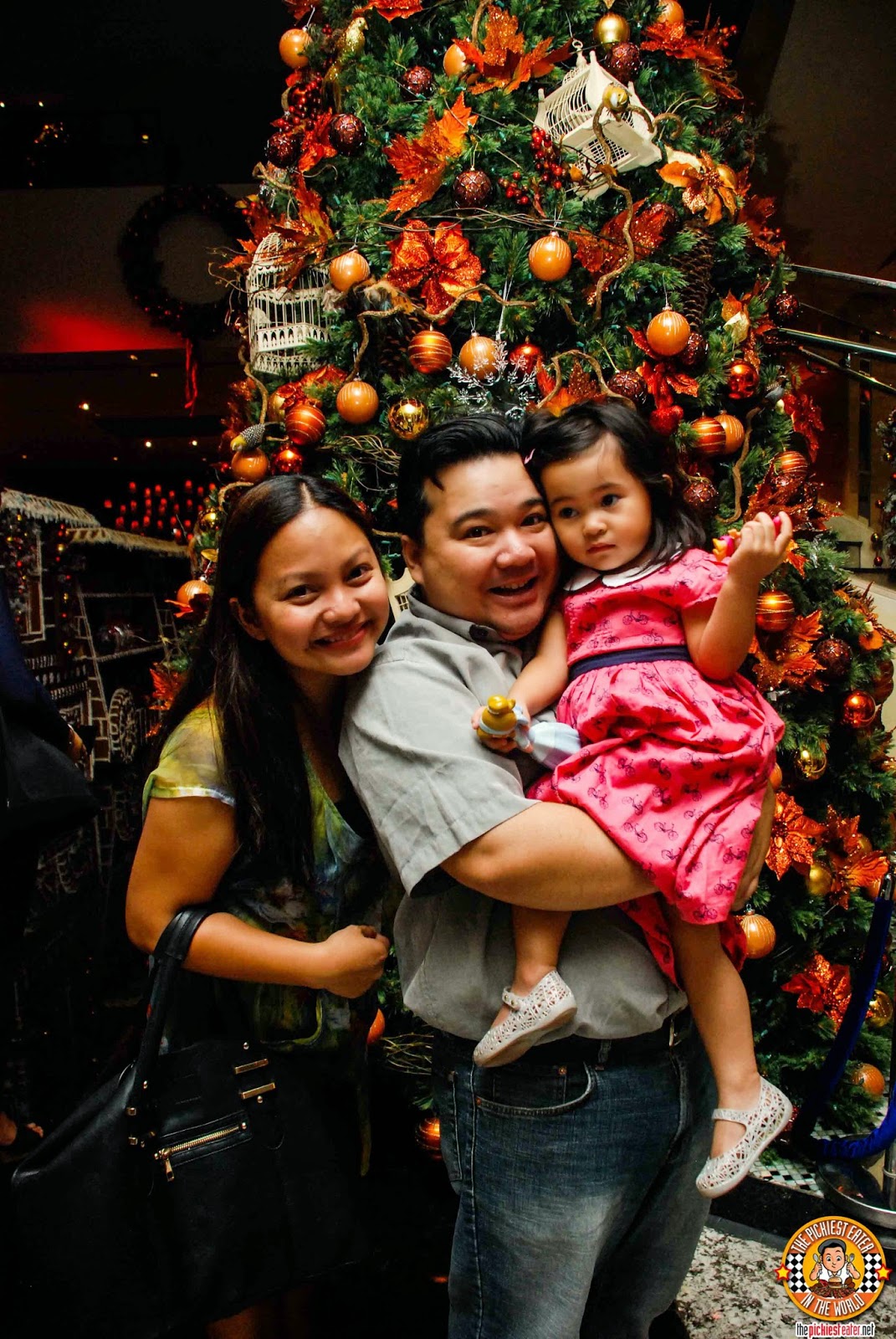 I'm still coming to terms with the fact that we only have a little over a month until Christmas! 2014 has been one of the best years of my life, and my wife and daughter played a huge part in making that happen. That's why we intend to make the most of the holiday season as a family, giving thanks to God for the many blessings he has bestowed upon us.

Since shes three years old already, we wanted to make sure that Rain understood the facets that make Christmas such a wonderful time, especially for Children. Last year, she still didn't have an understanding of who Santa Claus was. For all she knew, he was just a fat guy in a red suit.

This year, our first step to getting Rain into the Holiday Spirit was to take her to Marriott Hotel's Tree Lighting Ceremony!
Although we had attended similar events at different hotels with Rain in the past, this marked the first time that we went to a Tree Lighting ceremony with Rain being of age to participate in the activities.

Not to mention, this was my first time to visit Marriott Hotel Manila! 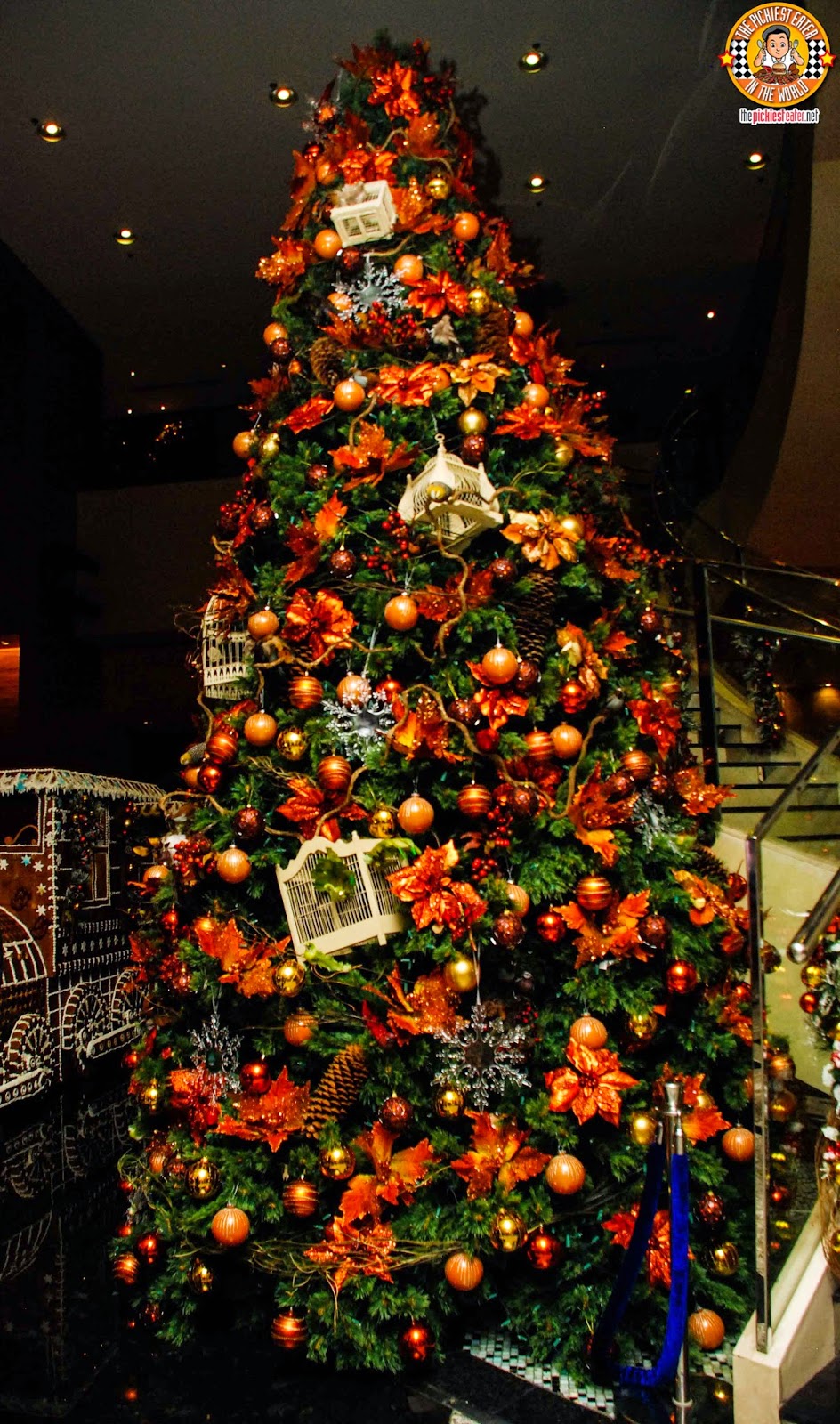 The towering Christmas tree is the first thing you will notice when you walk into the grand lobby of Marriott Hotel. It's pretty hard to miss out on a 15 foot tree covered in festive ornaments, right smack in the center of a hotel lobby. 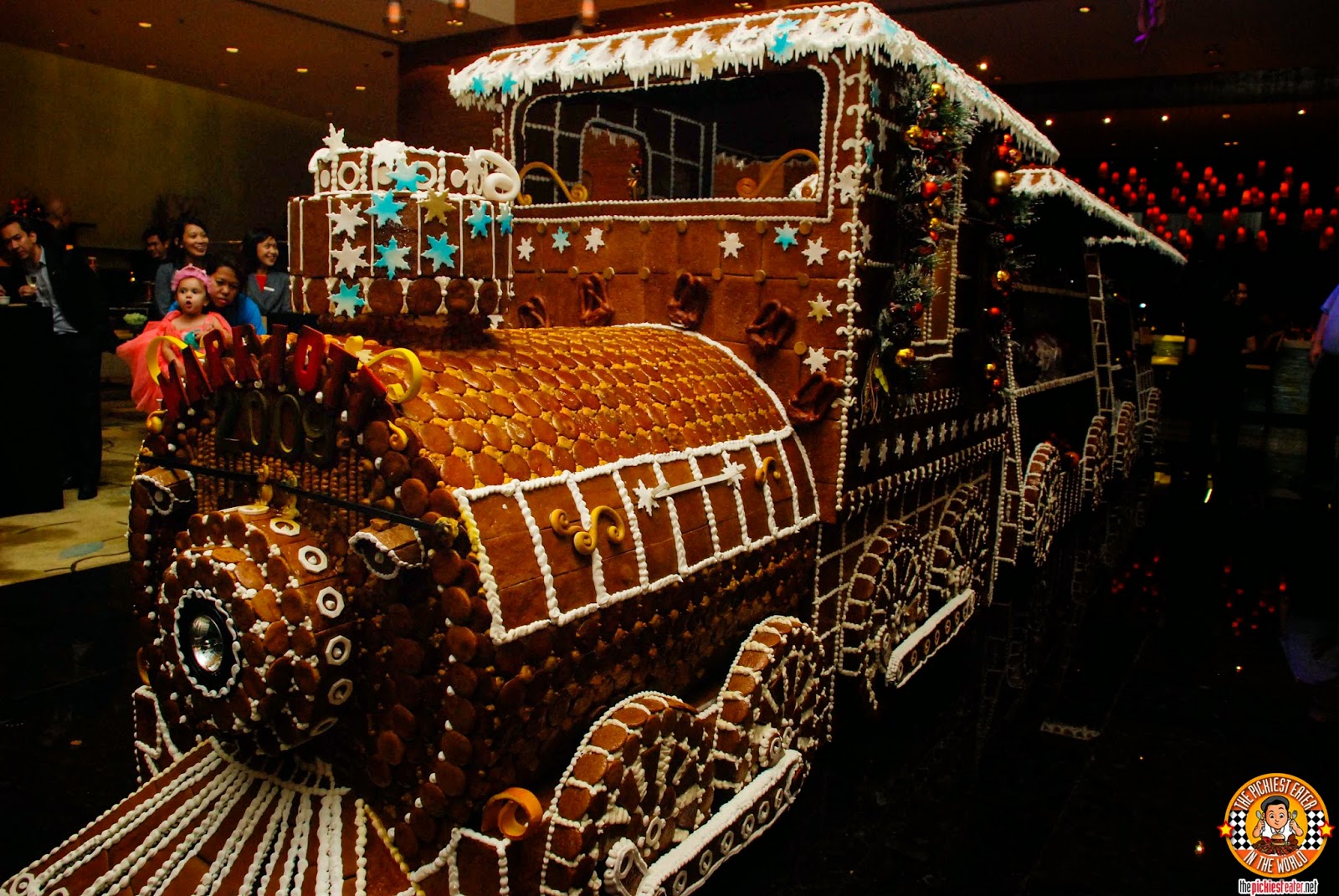 But what is sure to catch your eye next, is the Life-Sized Gingerbread Choo-Choo Train standing next to it! The aroma coming from the Gingerbread was more than enough to get my tummy grumbling.. Rina had to remind me not to bite into it only three times (Fine. Four.). 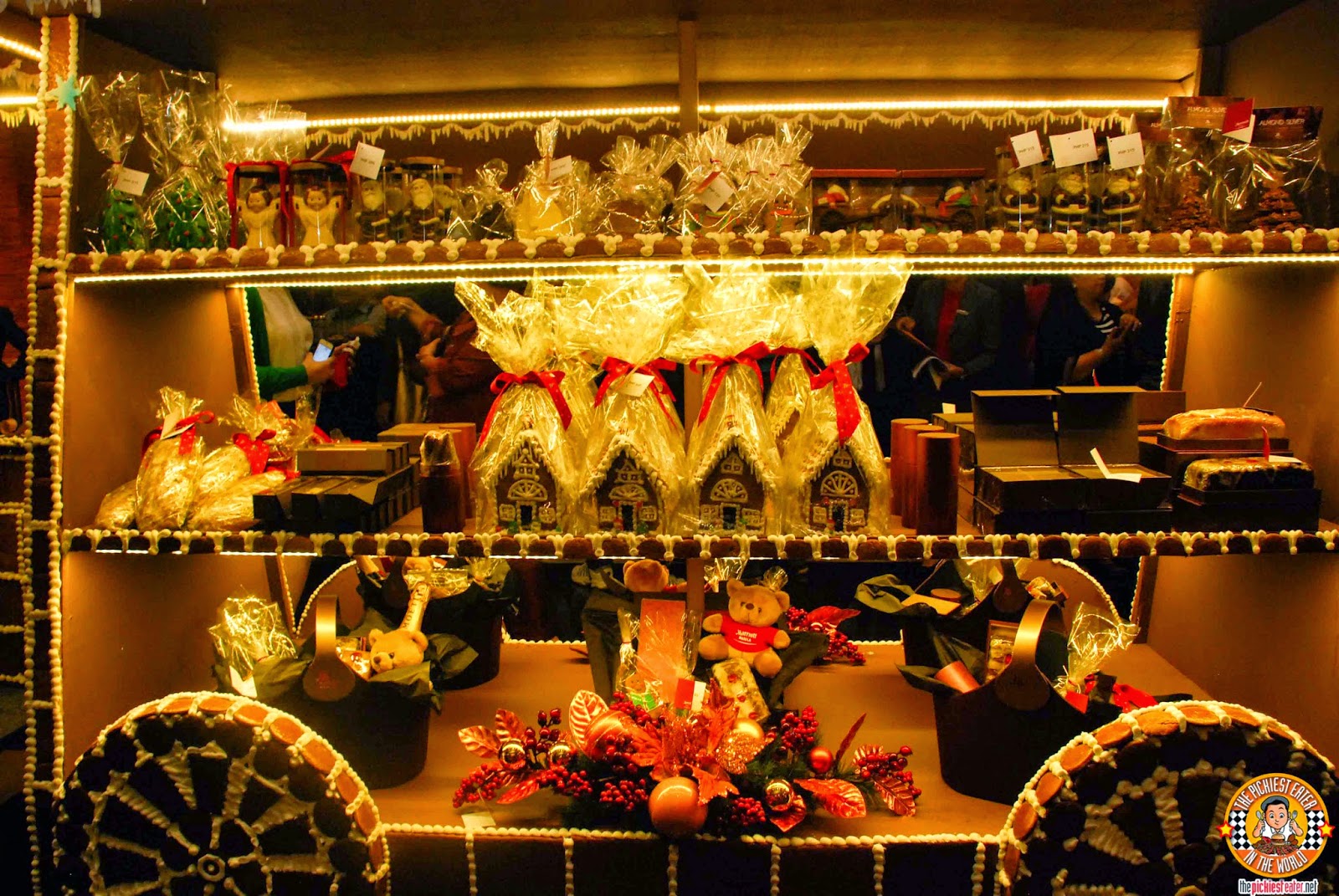 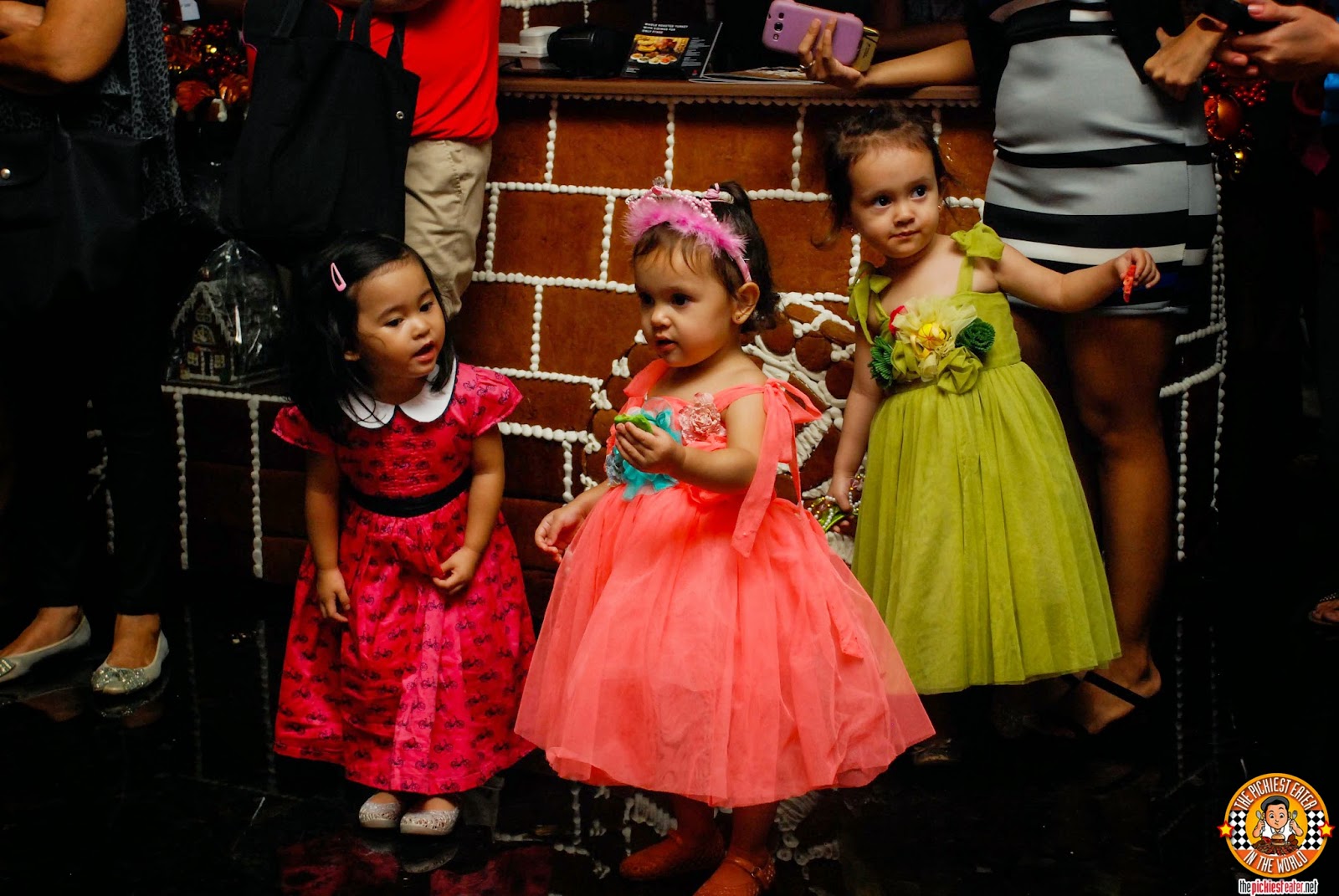 Rain met some other children, and they had a fun time playing around the Gingerbread Train! 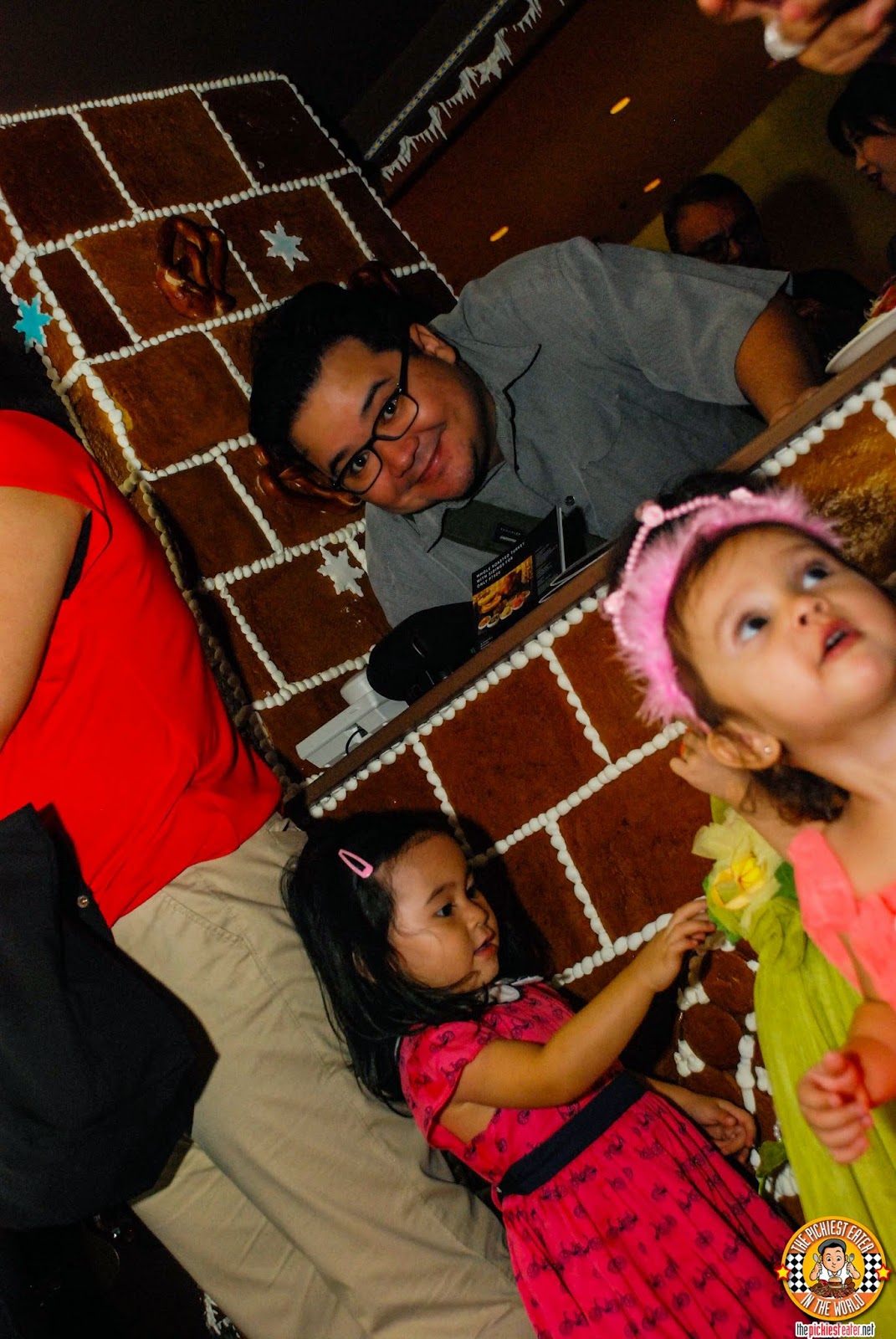 Of course, Daddy was secretly watching over her,
making sure she was being behaving.
(She's such a good girl) 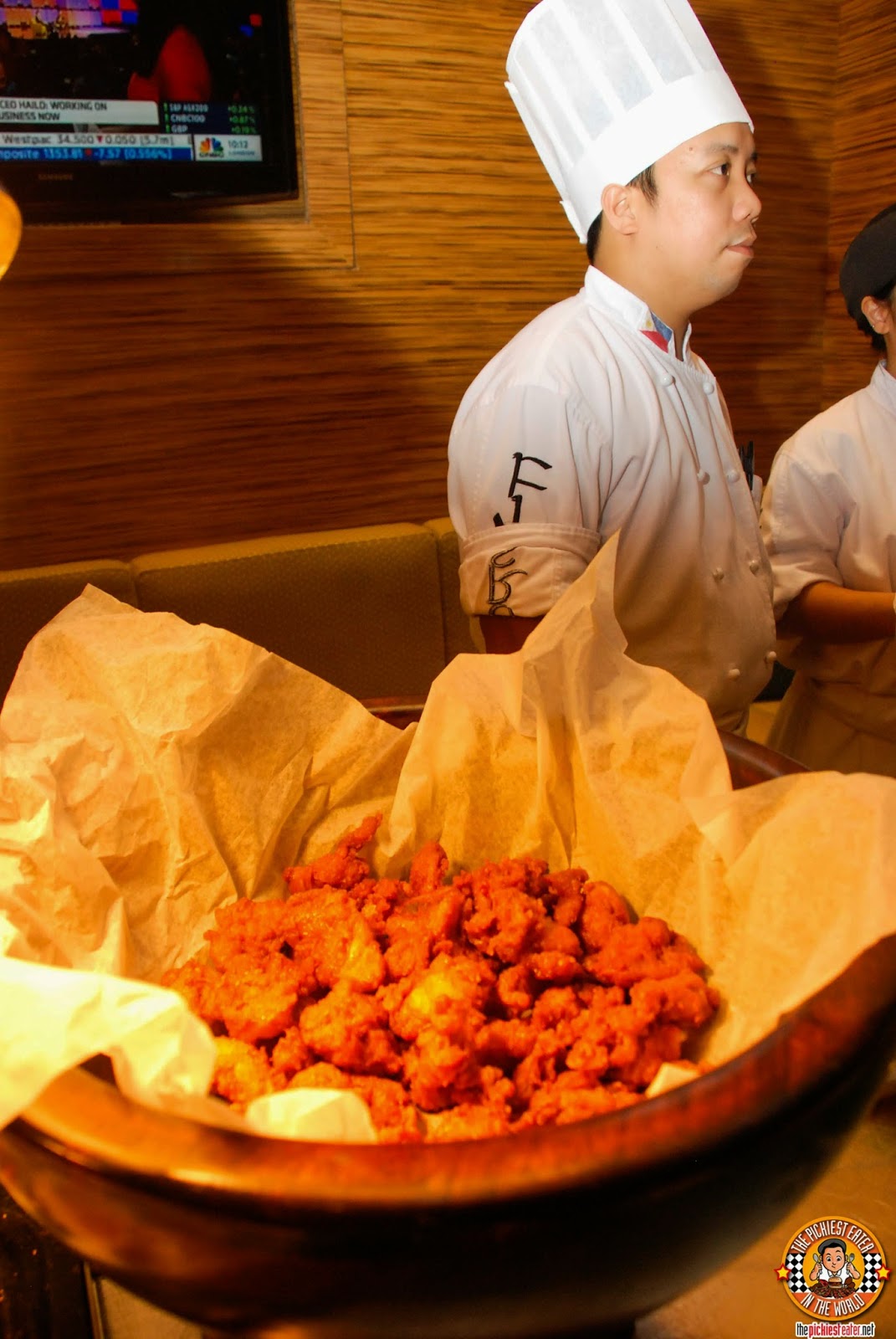 As we waited for the ceremony to begin, we indulged ourselves in some canapes provided by Marriott, with the Japanese Fried Chicken being my favorite. 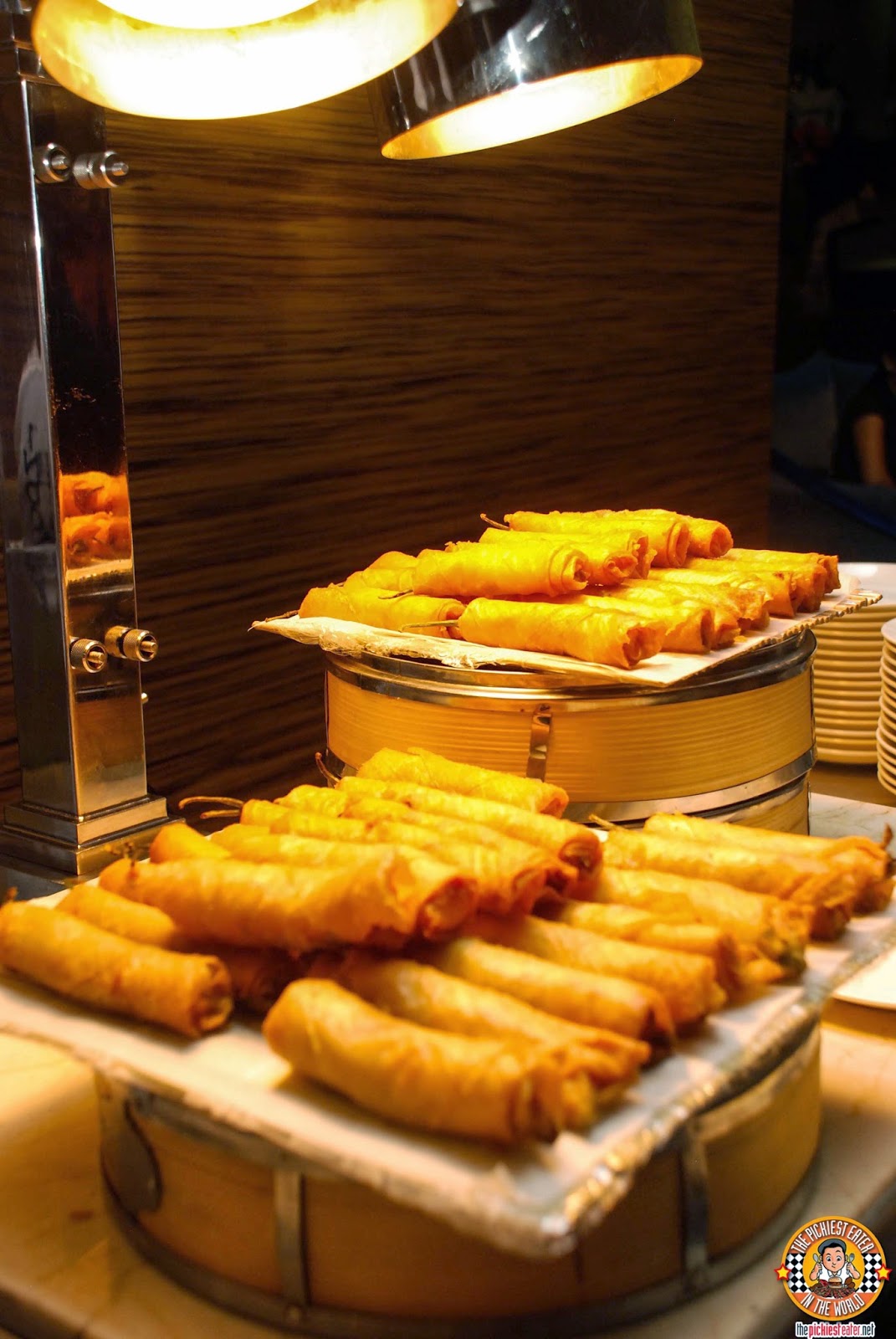 The Chili Cheese Sticks were also quite tasty, but packed quite the spicy punch. 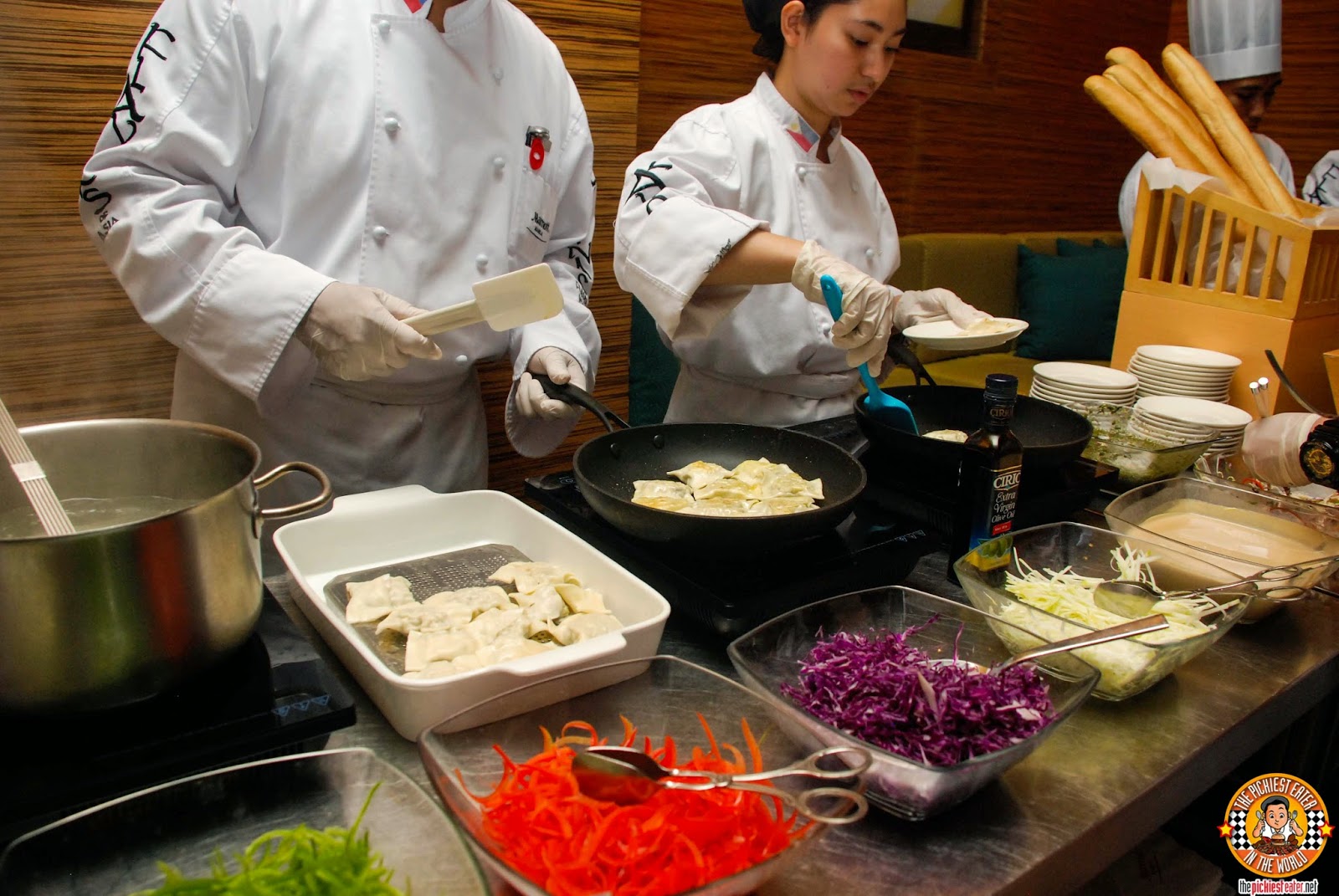 Rina enjoyed the German Shrimp Dumplings that they made fresh for guests. 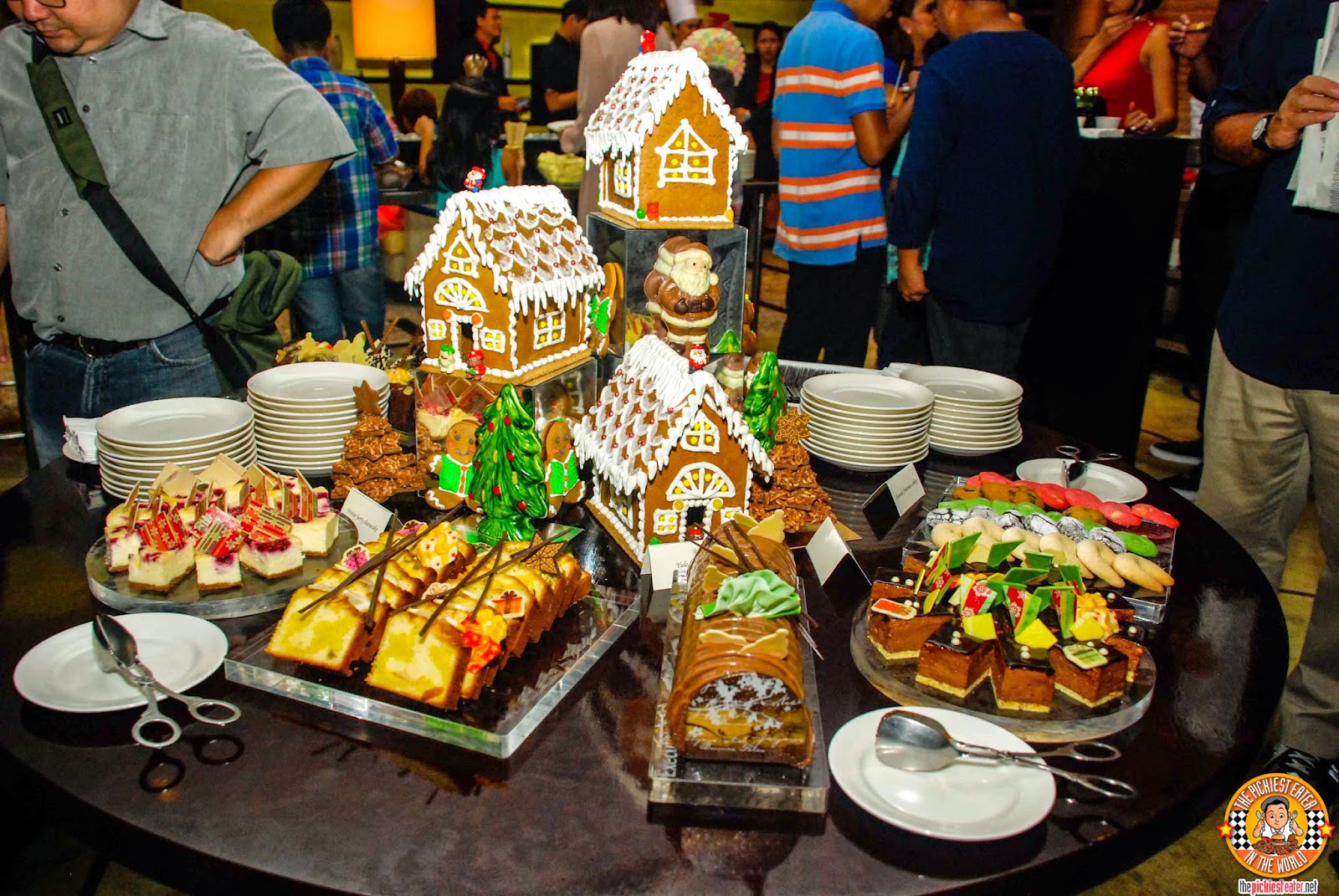 Even the dessert station was in theme with season, with Holiday staples such as Fruitcake, Ginger bread and other delectable goodies from Marriott's pastry section, such as Winterberry Cheesecake, and Lemon Sponge Cake. 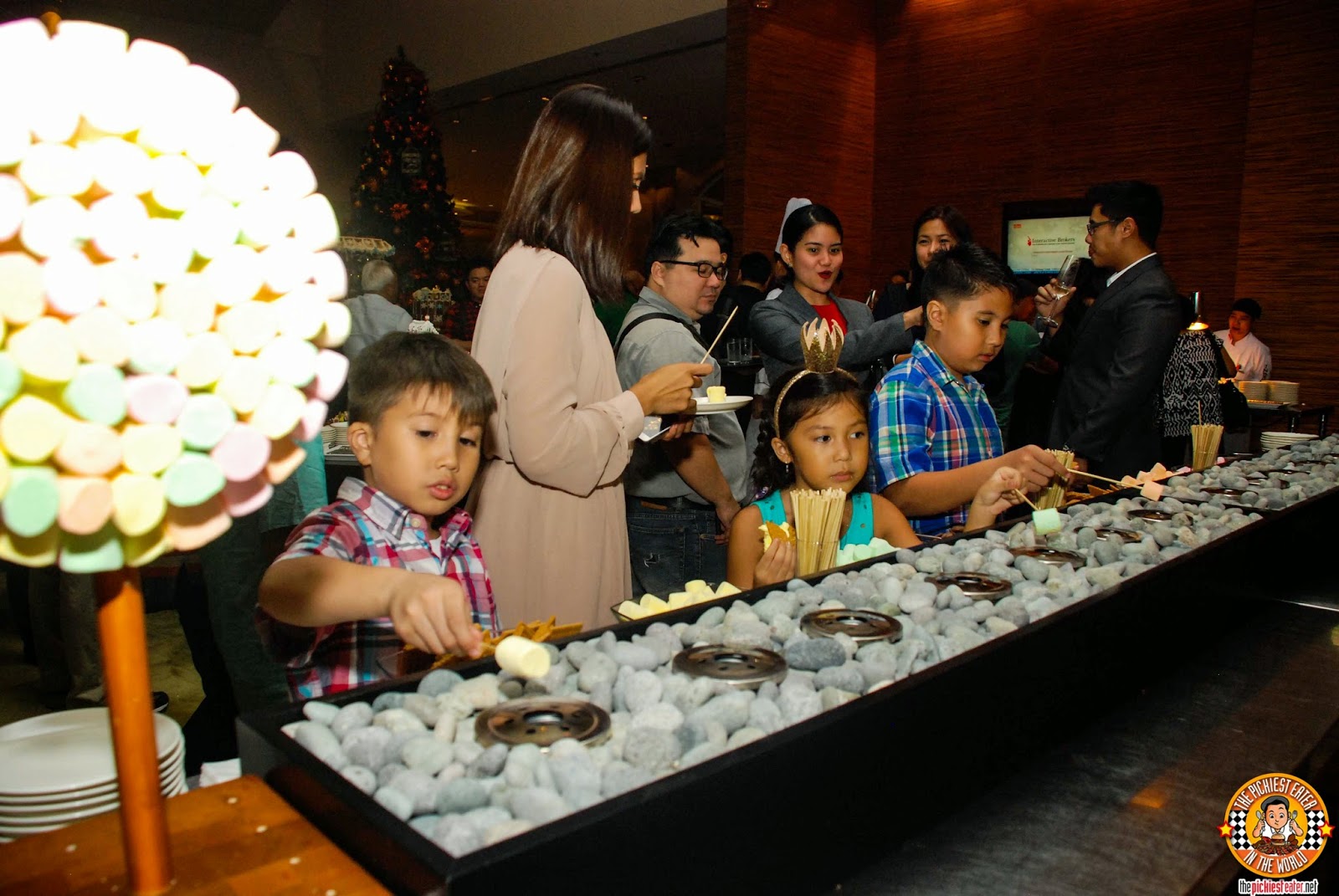 But the undoubted hit of the night, was the S'Mores station! 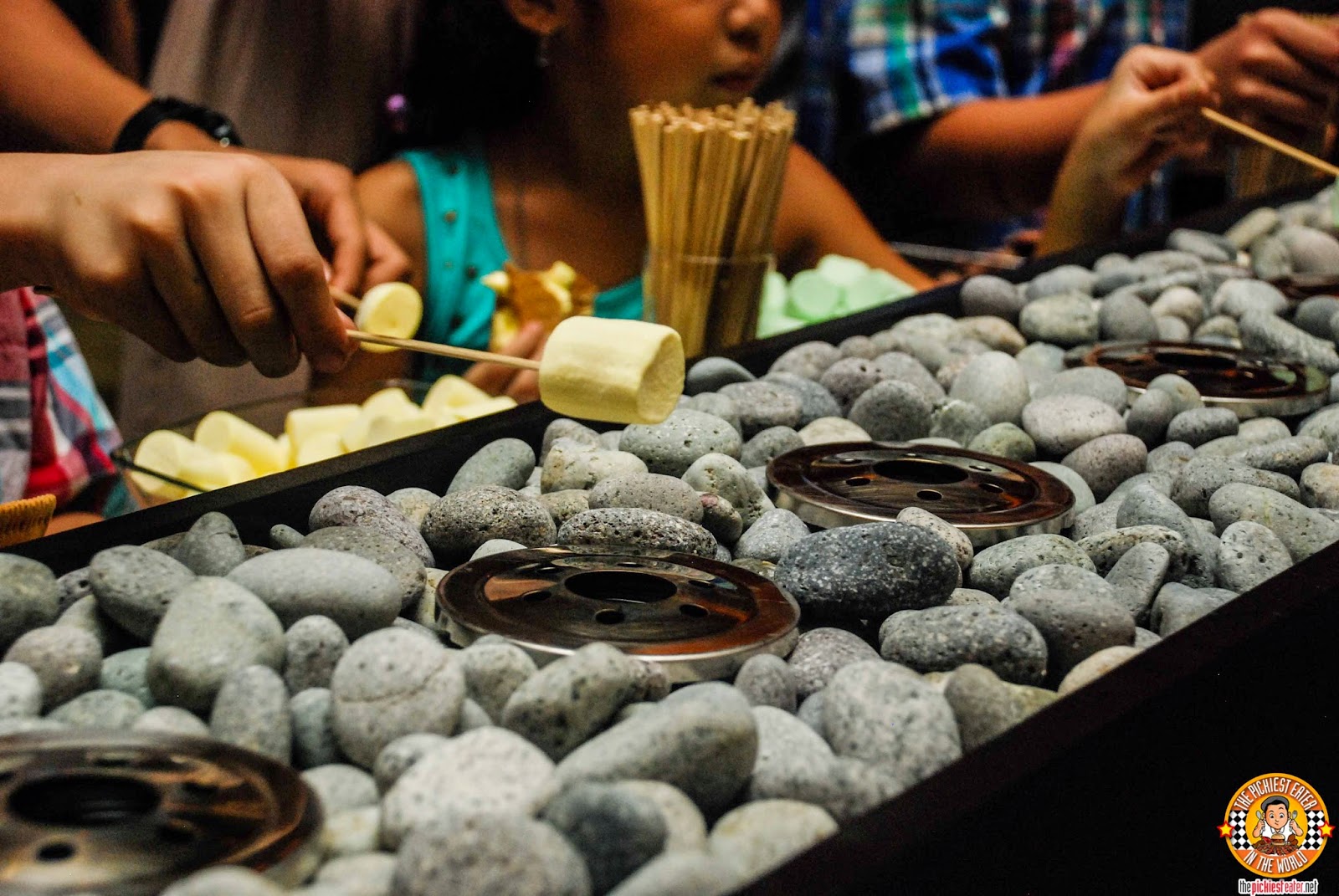 Burners were laid out on a stone bed, where you may torch your marshmallows. Afterwards, you take two graham crackers, place milk chocolate discs into it, and sandwich the burnt marshmallows in between, making for a great dessert! 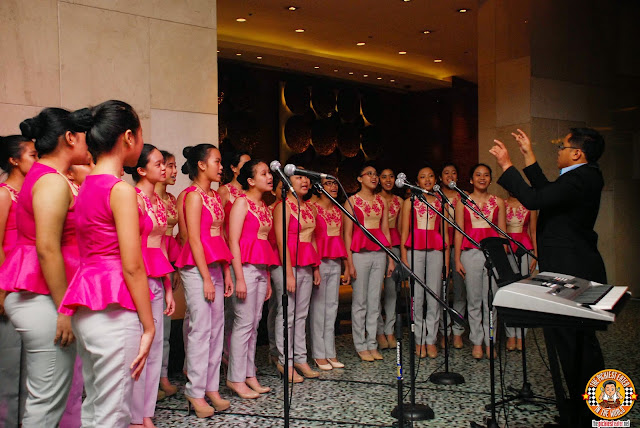 Before the program began, the guests were serenaded by the Himig Roseña, the choral ambassador of Colegio de Santa Rosa-Makati, whose angelic voices rang throughout the halls, singing their rendition of yuletide songs and other classics. 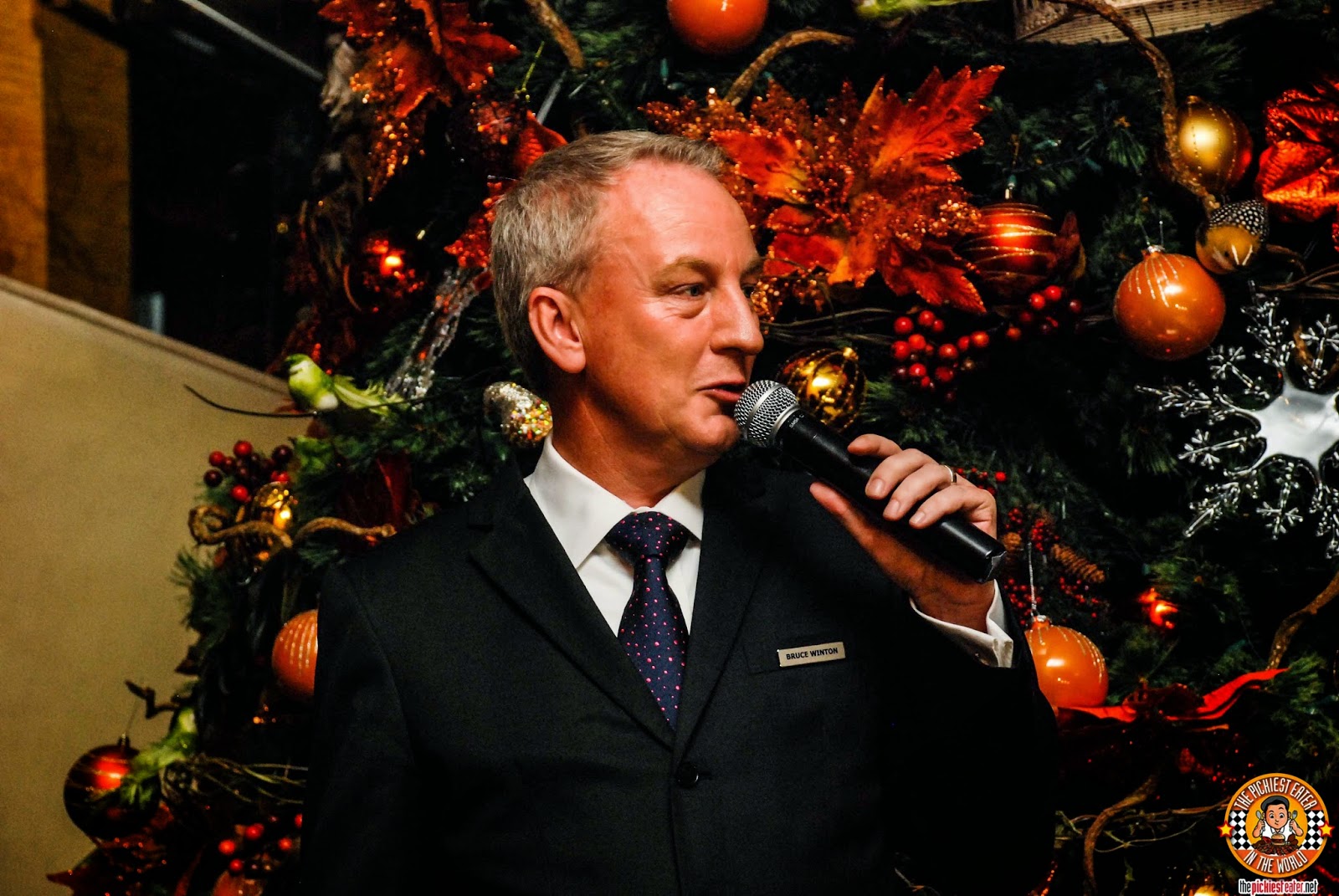 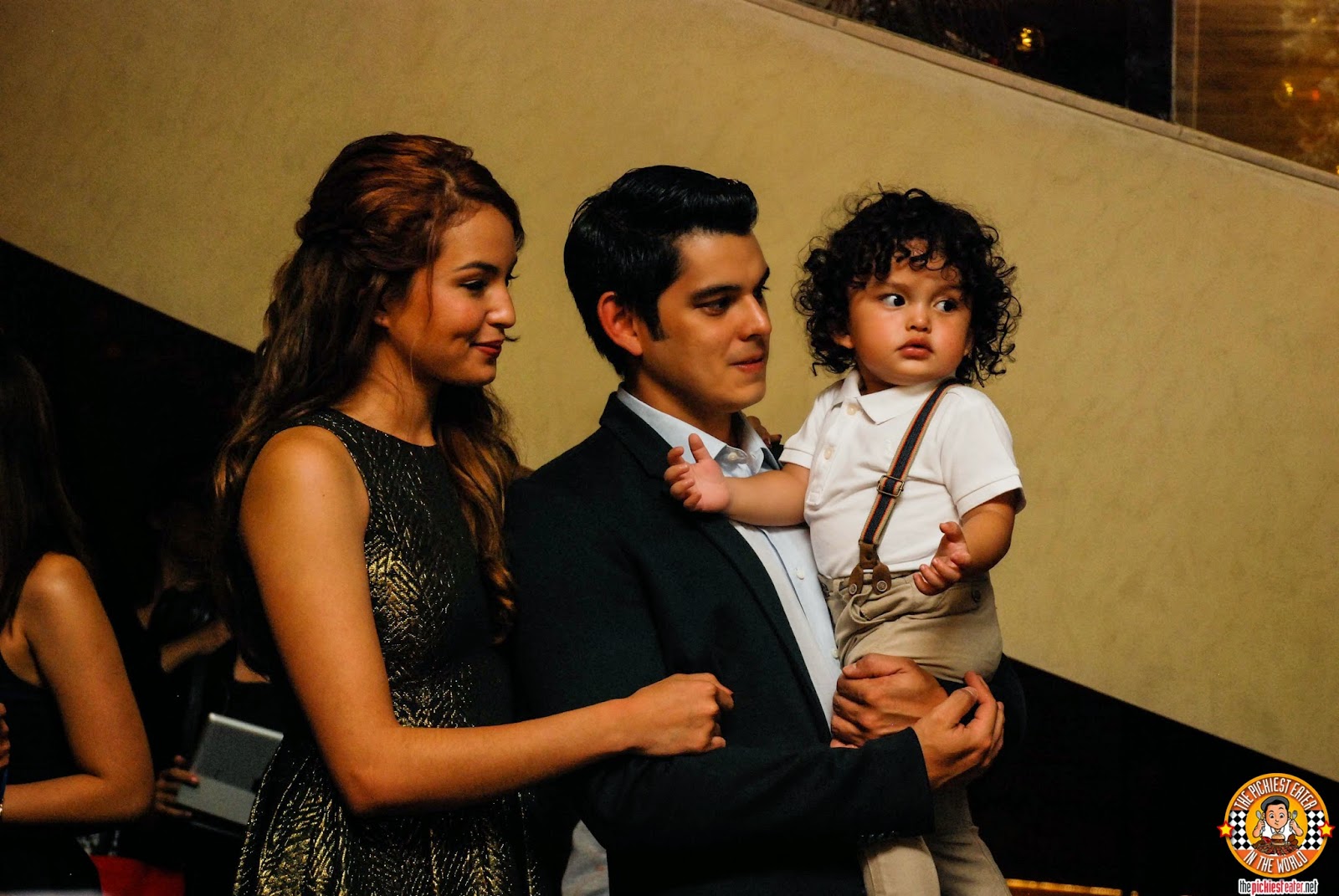 I gotta say, Sarah Lahbati looks absolutely stunning. There is nothing in her appearance that would make you think that she has already given birth to a child.

With his curly locks and chubby cheeks, Baby Zion is really beautiful baby boy. Richard? Well, let's just say he was just the second most attractive "Richard" in the room (*Wink Wink*). 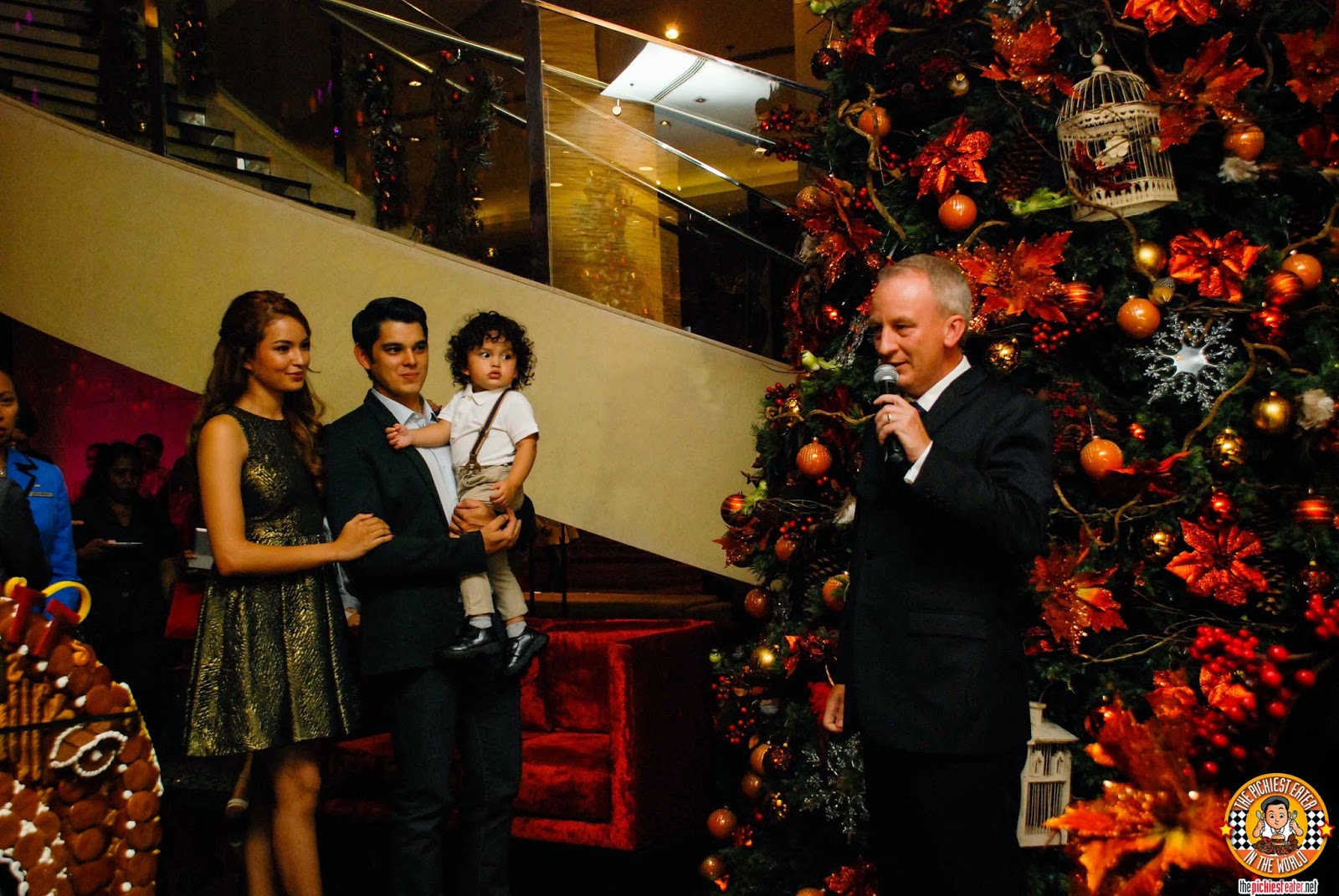 The family joined Mr. Winton and all the guests for the traditional countdown to the lighting..

And just like that, Marriott declared that the Holiday Season has begun! 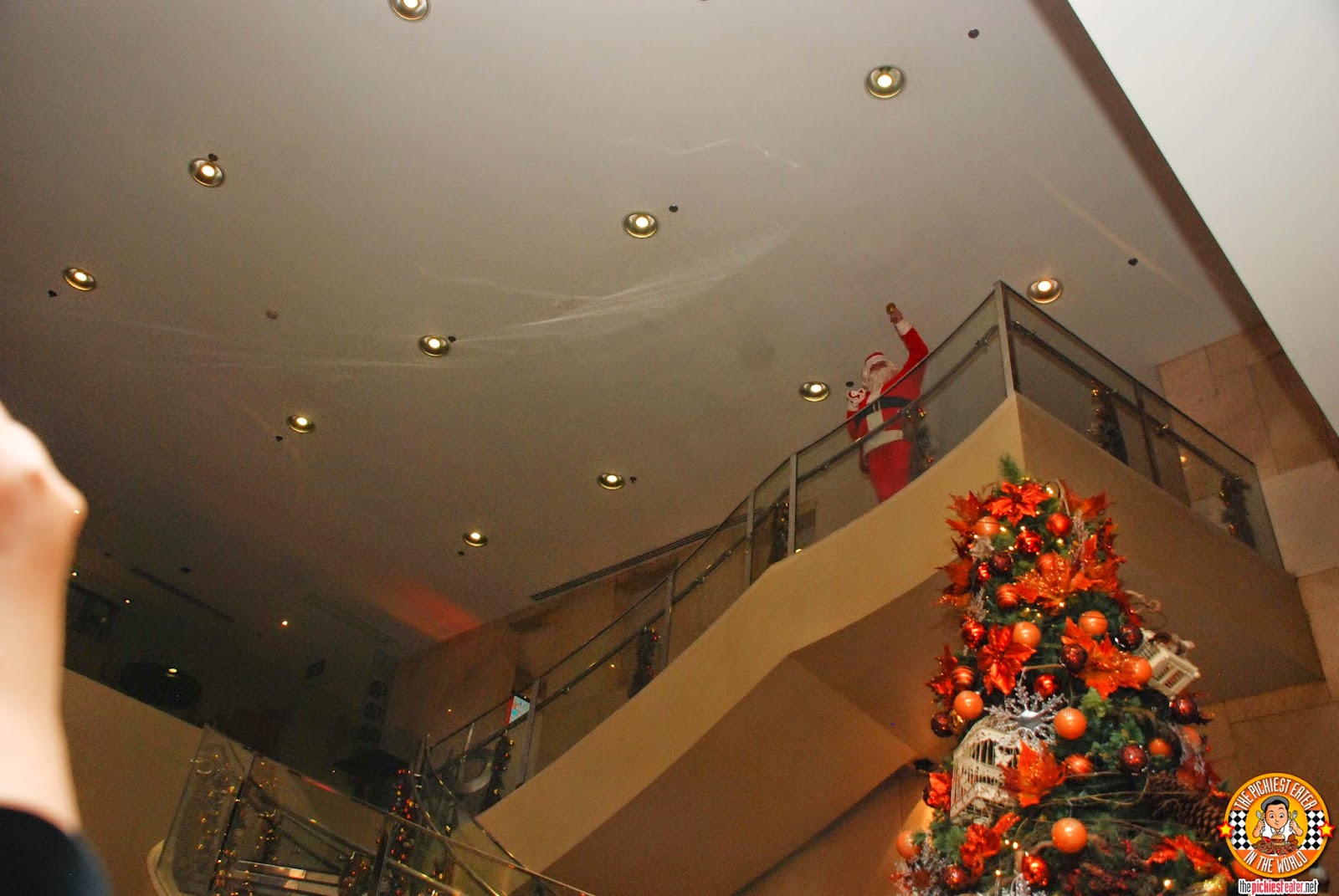 And just when everyone thought the merriment was over, a lighting jingling of bells was heard throughout the hearts of everyone, and guess who appeared on the top of the mezzanine stairs? 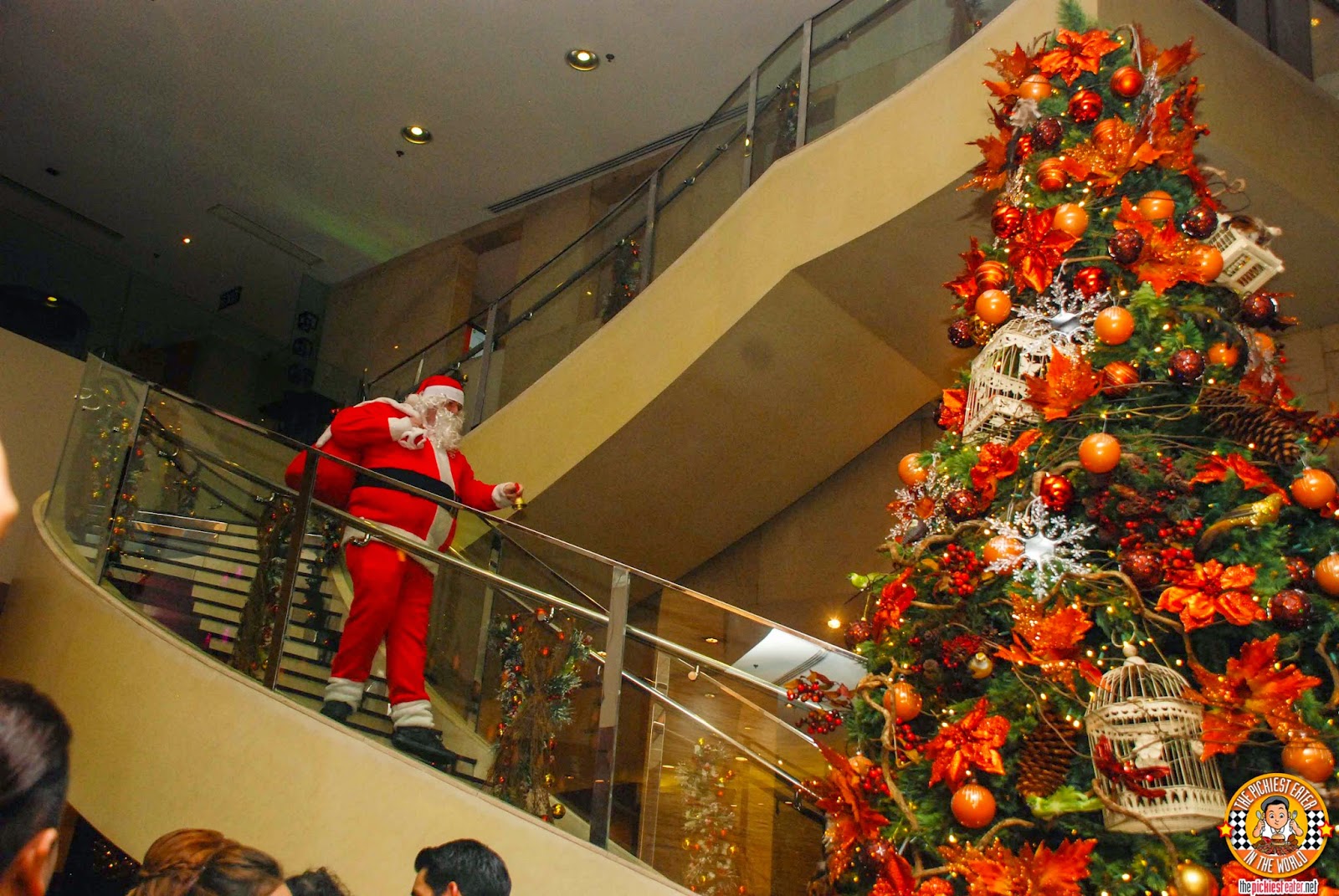 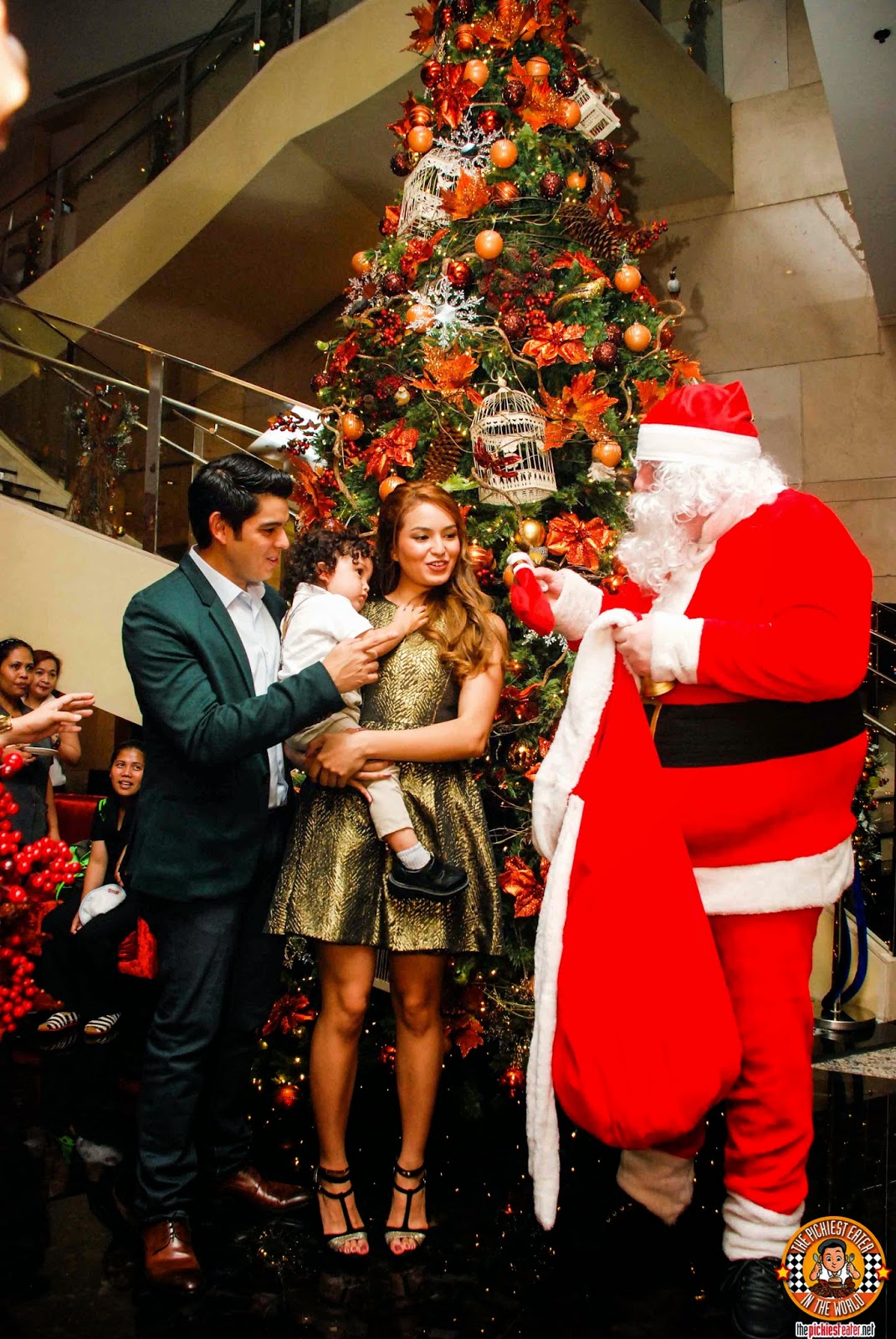 Santa made his way to the lobby to join the party, but not without giving Baby Zion his Christmas Stocking first! The little boy was clearly overwhelmed to see Santa Claus up close! 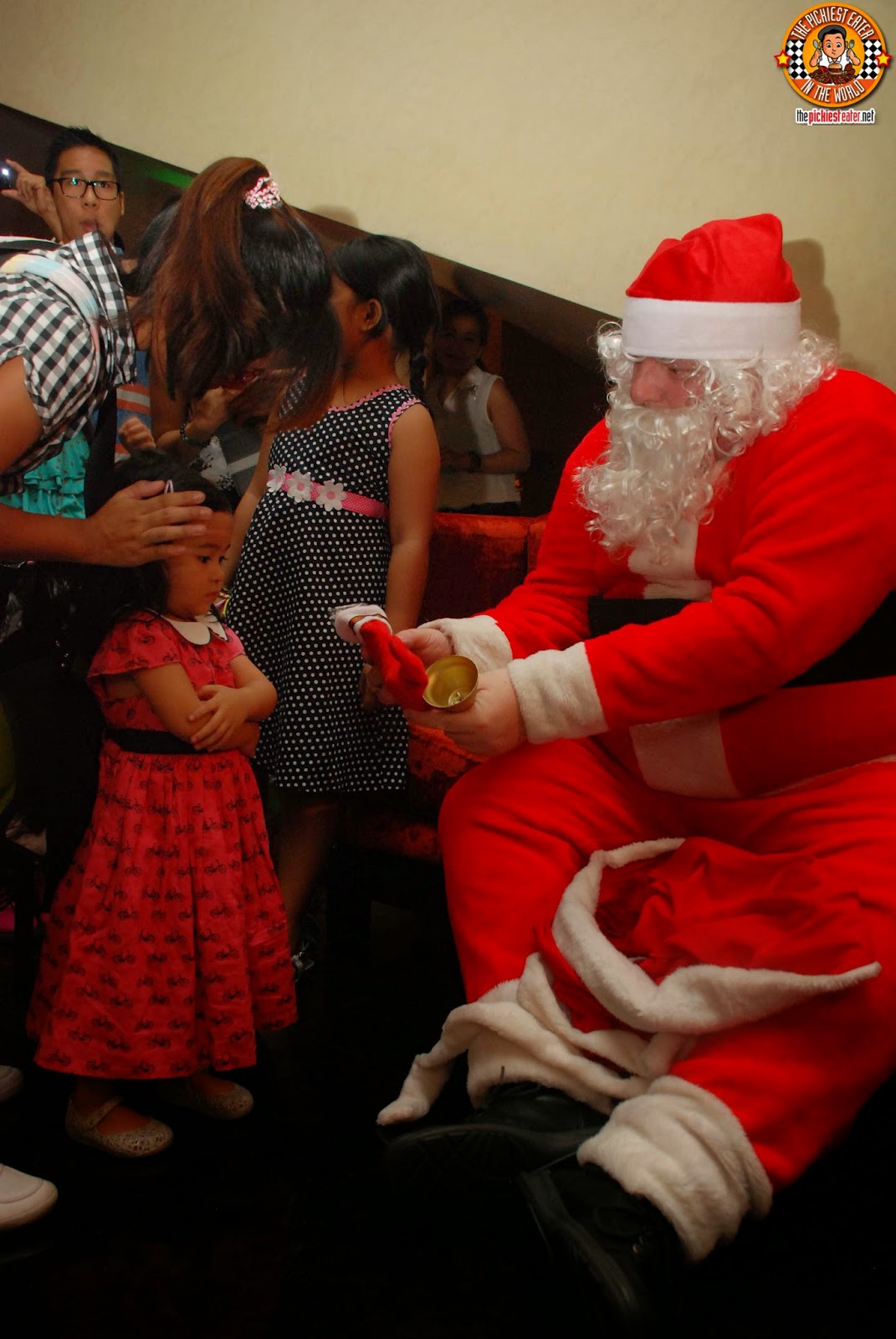 Afterwards, the children formed a line to get their presents from Santa.. And guess who was first in line? Although admittedly, she initially did not look amused. 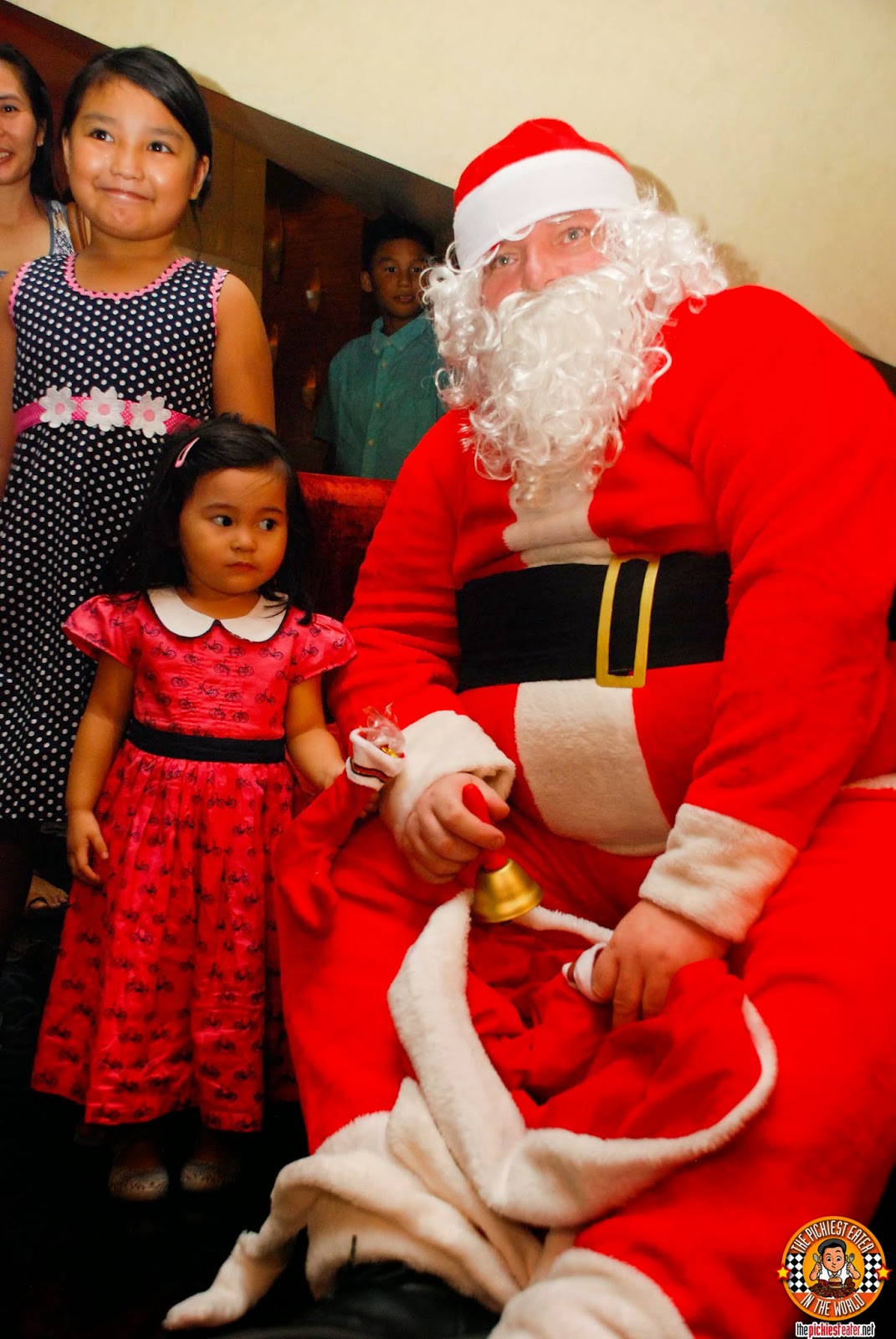 But after getting a Christmas Stocking of her own, she slowly warmed up to St. Nick! 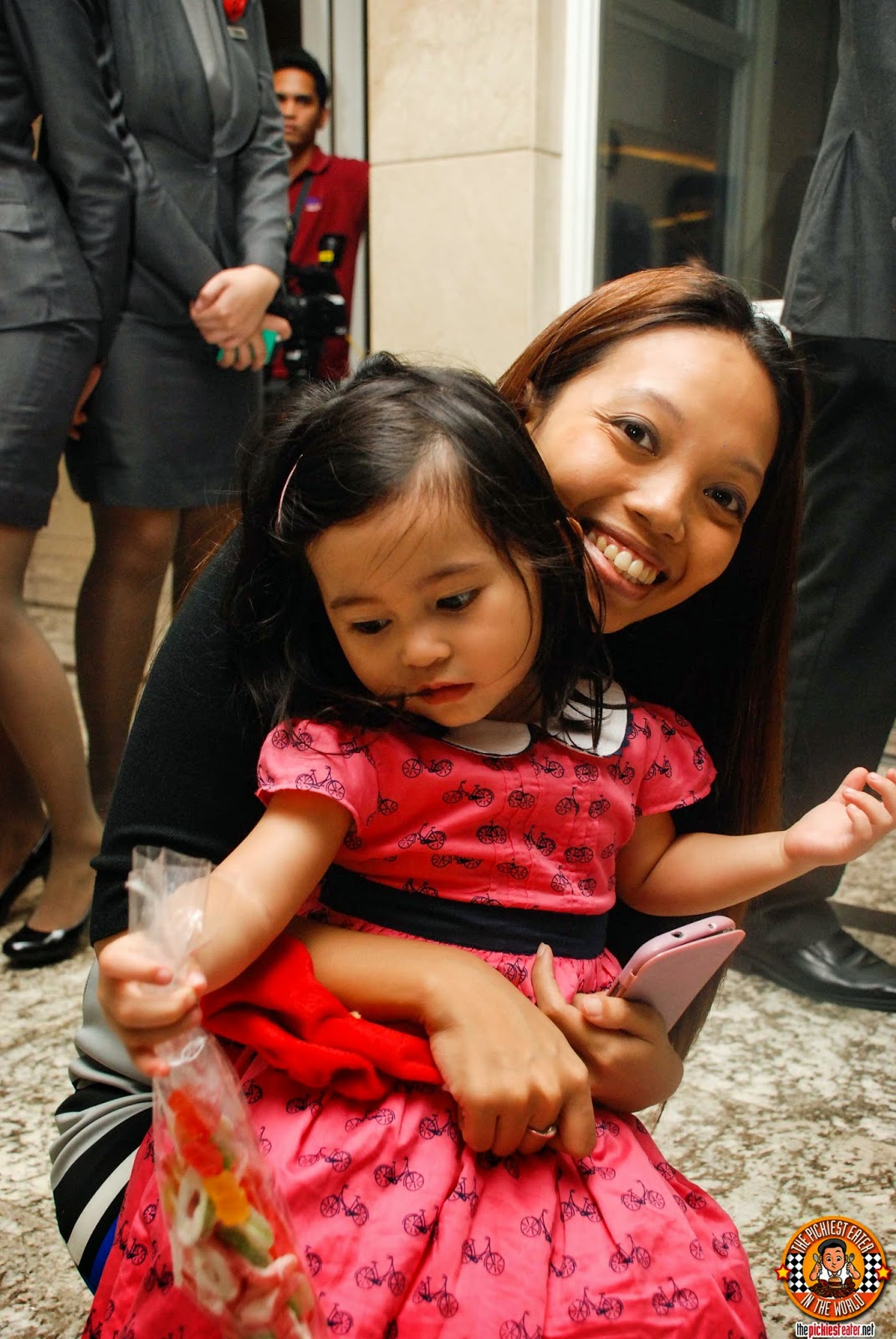 Rain was excited to show her Ninang Chaikka, (the car blogger known as Pink Turbo), what Santa gave her! Yummy gummy treats! 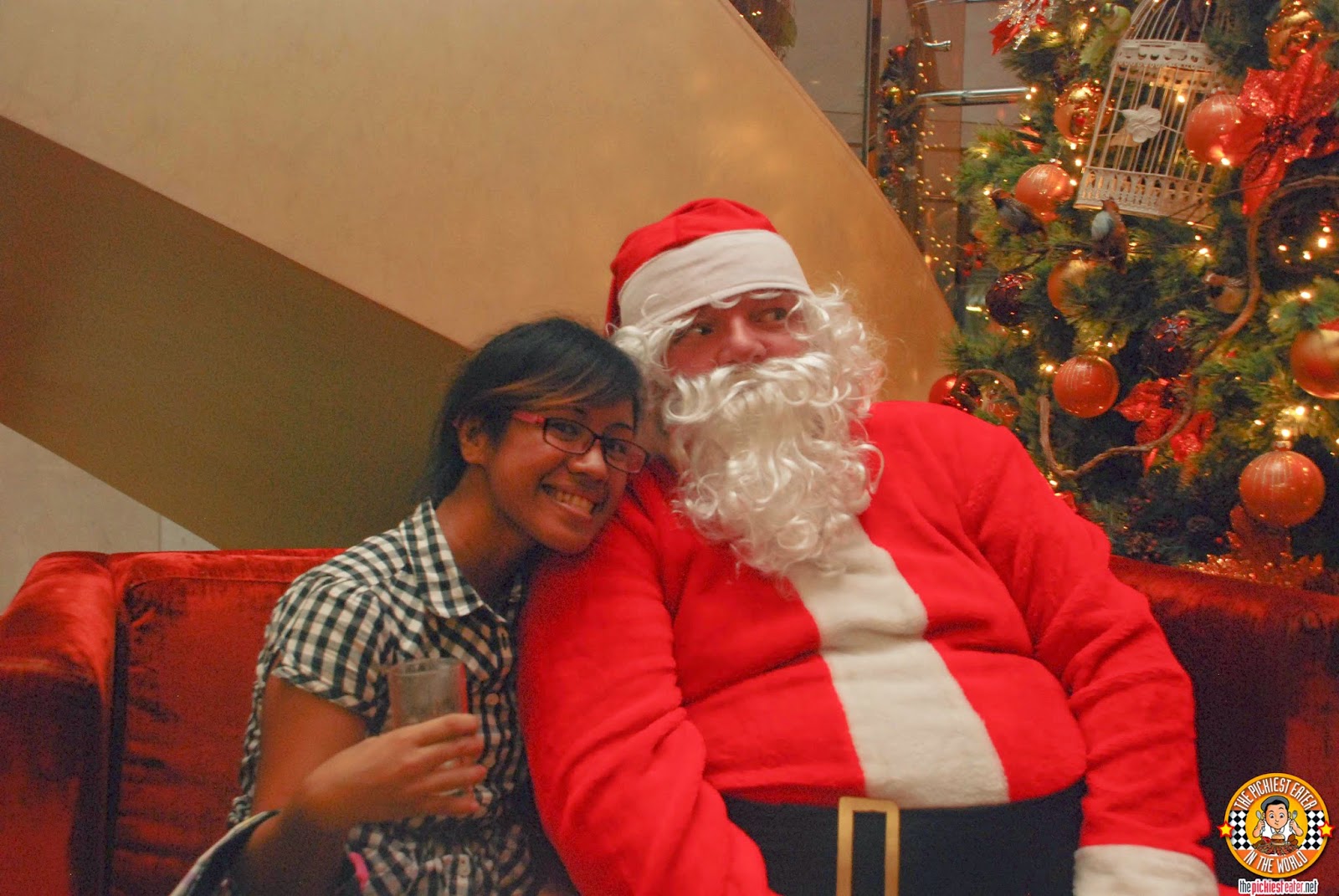 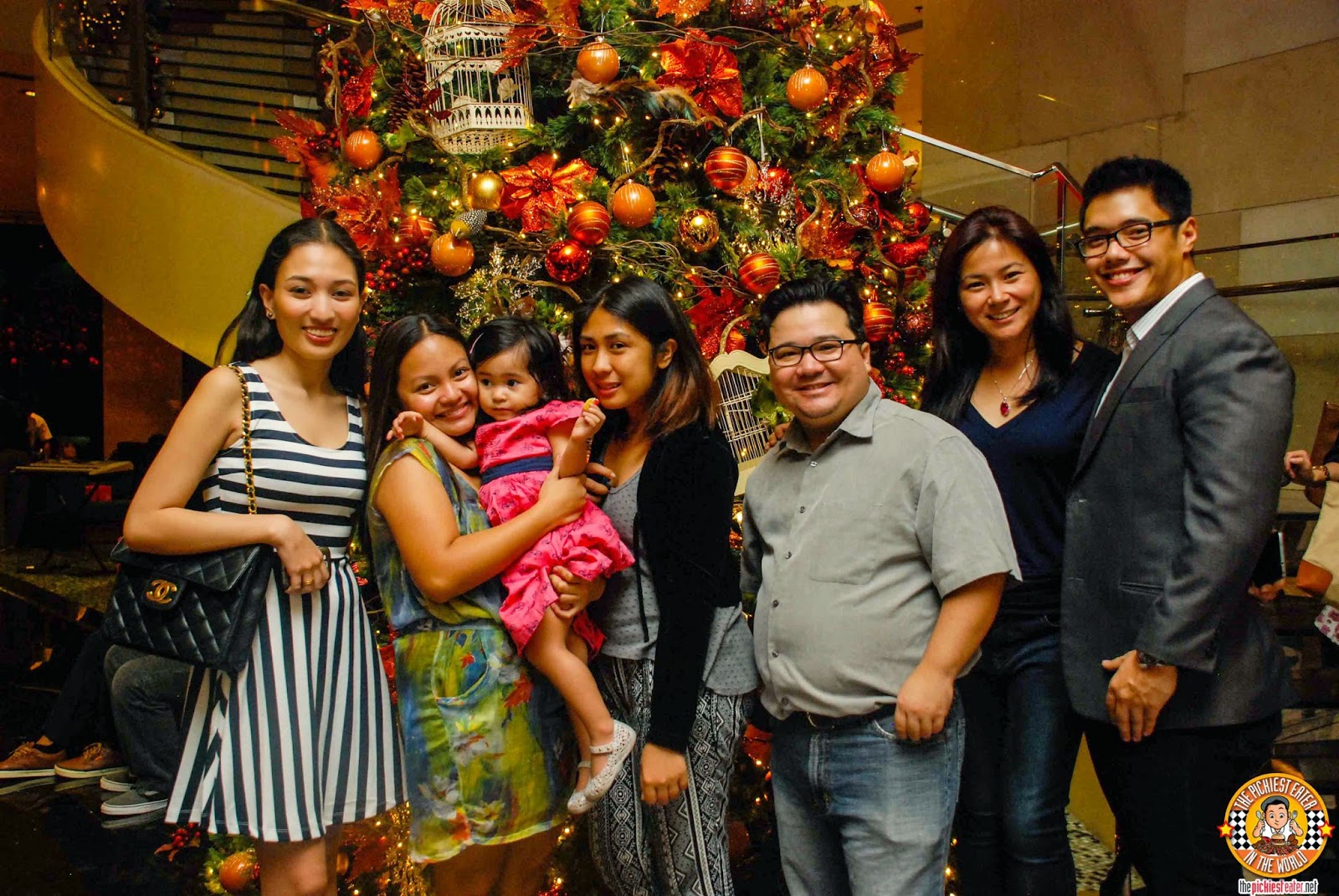 My Blogger Friends, From the left to right:
Kat of The Hungry Kat, Rina of Rina's Rainbow, Nines of Nines Vs. Food, Ryan Gosling, Agee Romero & Joaquin Valdes of Berto in Brogues

This was a wonderful way to kick off the holiday season.. A heartfelt ceremony, celebrated with my closest family and other dear blogger friends, that truly captured the essence of the spirit of Christmas!

Marriott Manila’s Christmas tree and gingerbread train will be displayed until December 26, 2014. For more information on One Hour Drive Classes and Christmas offerings, please call 899-9999 or follow @marriottmanila on Twitter or like Marriott Hotel Manila on Facebook.