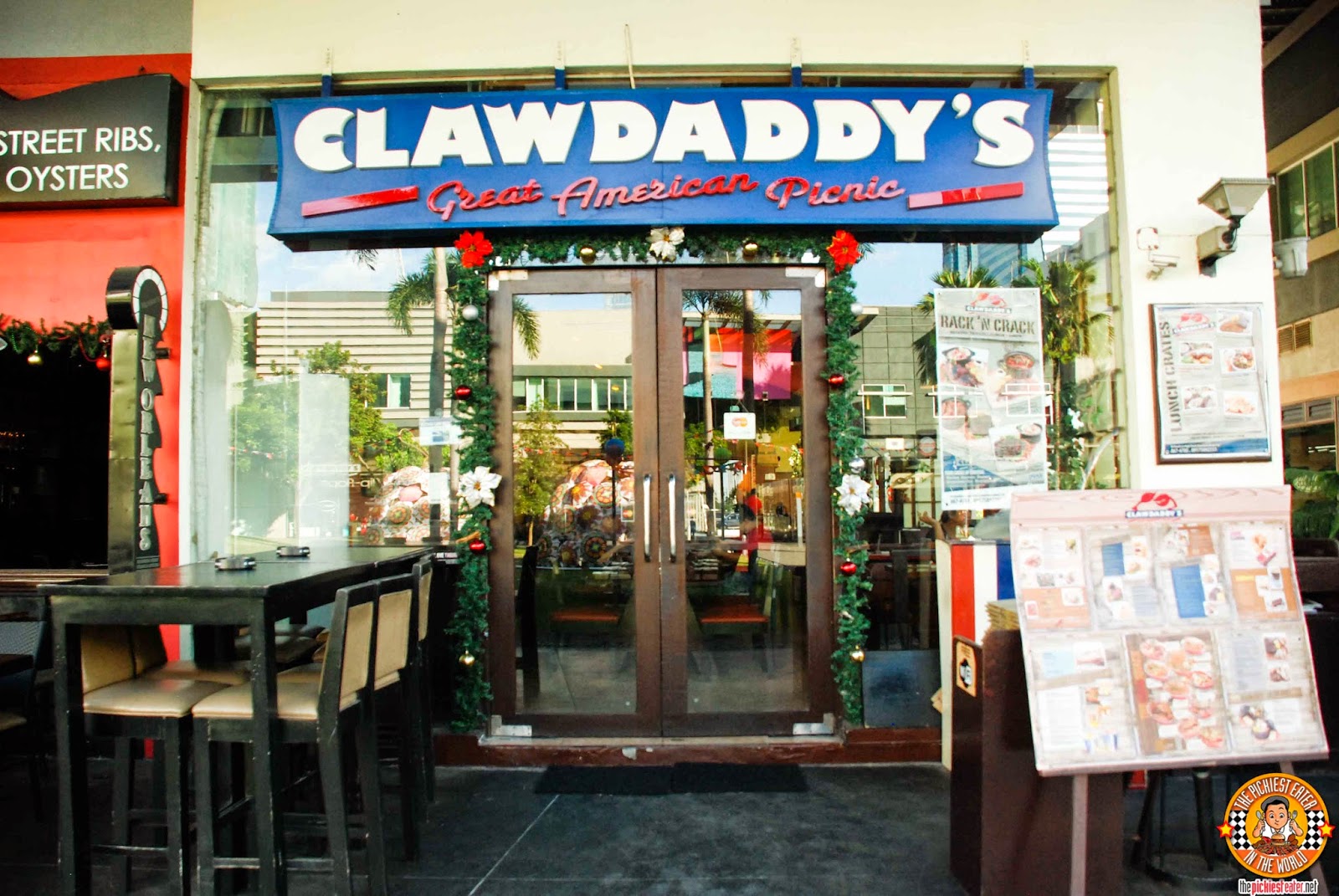 I really love American food, but I'm not too big on Seafood. This is the dilemma I face, every time I think about eating at Clawdaddy's. I've heard that the food is delicious, but fish is the only seafood that truly appeals to me, so I was always concerned that I wouldn't get my money's worth.

All that changed when I visited Clawdaddy's last week, and learned how to avail of a discount, using "Taggo"!

But I'm getting ahead of myself.. More about "Taggo" later... 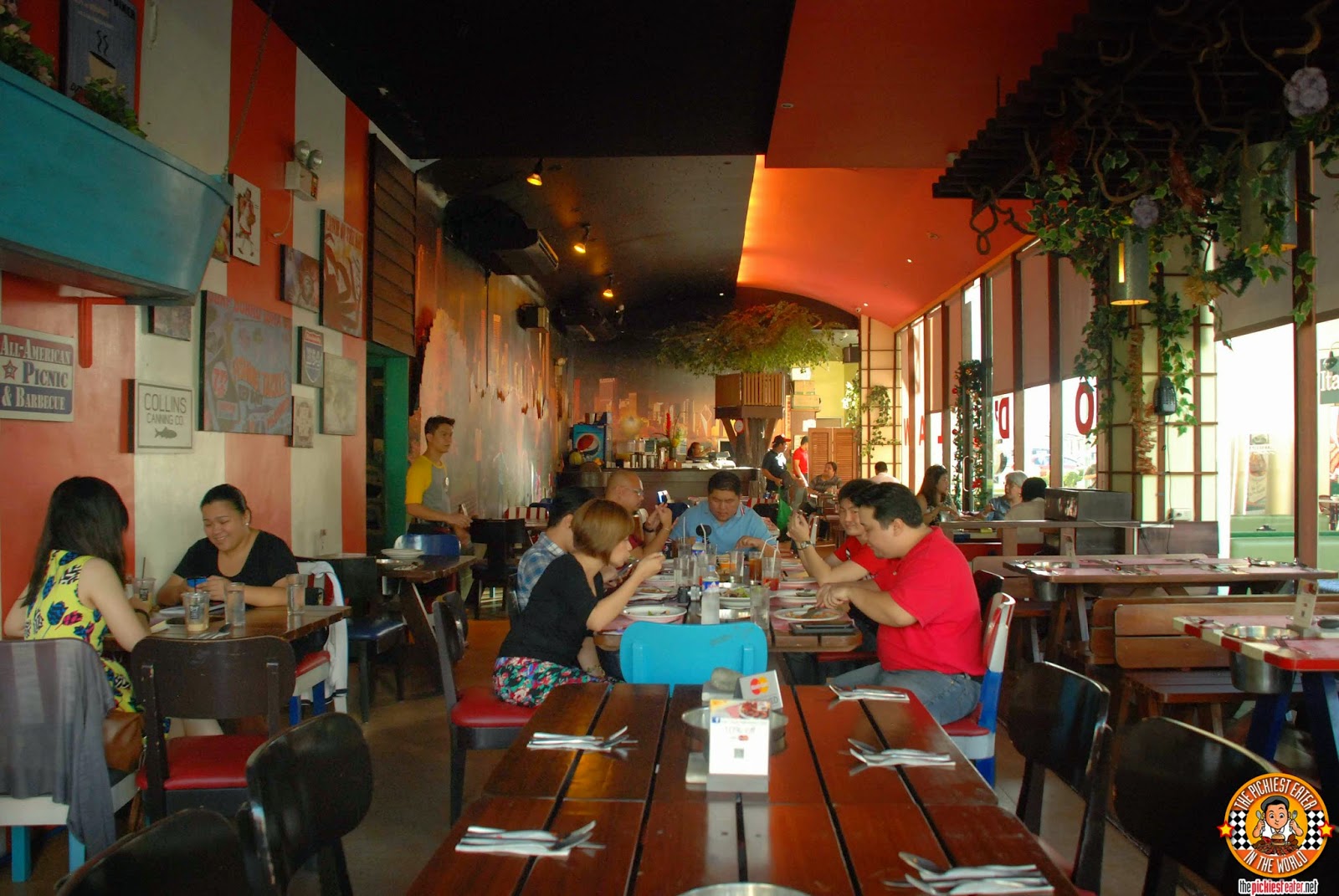 Clawdaddy's prides itself in giving it's diners the "Great American Picnic" experience, and that resonates in the ambiance of the restaurant. From the wooden picnic tables to the huge picture windows that lets the sunlight into the restaurant, you definitely feel the light, relaxed atmosphere of a picnic. 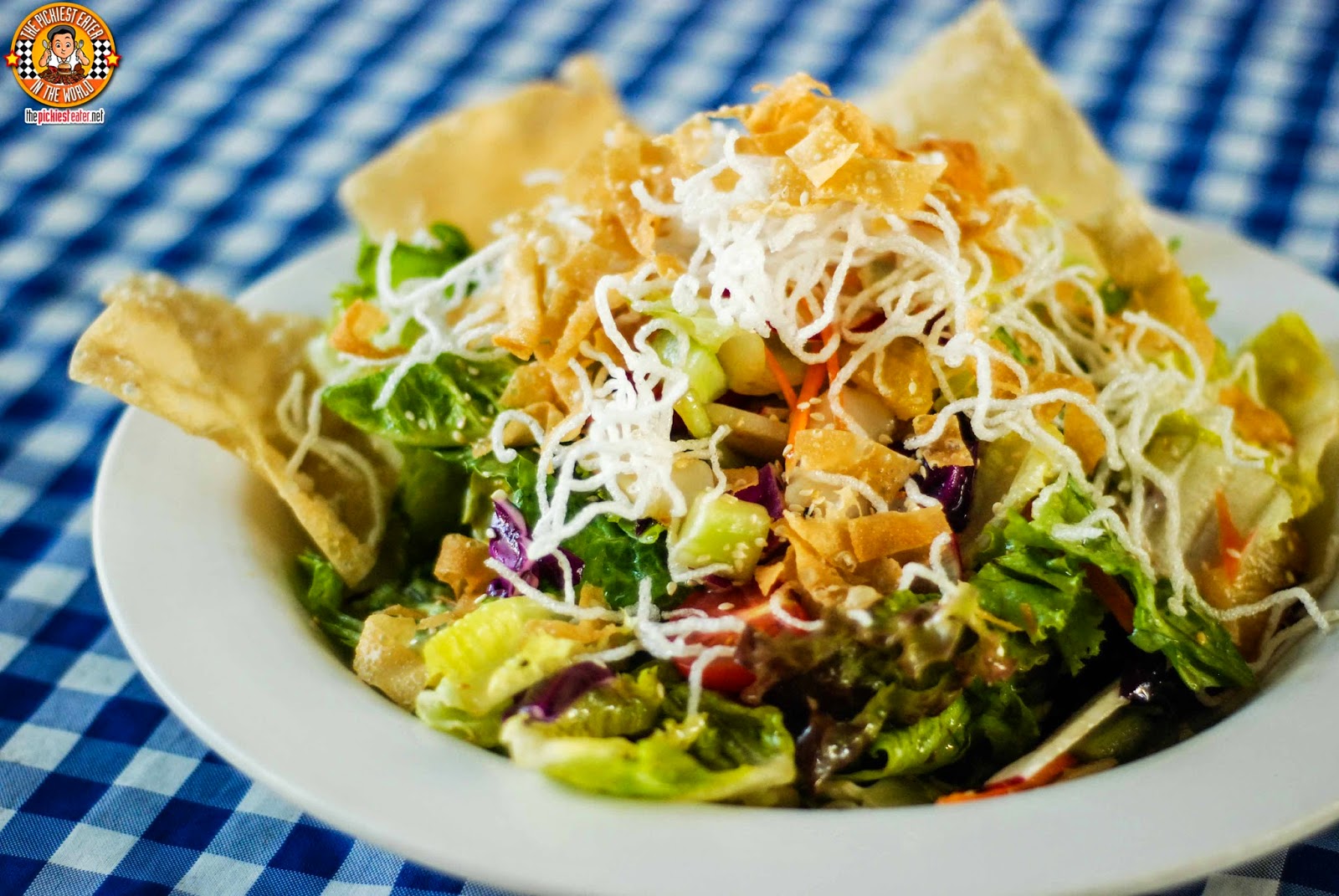 We began our meal - well... Let me rephrase. THE OTHERS began their meal with the Oriental Salad (P315). I watched as Rina took bite after bite of the Lollo Rosso Lettuce, tossed with red cabbage, Water chestnuts, and bits of fresh citrus fruit, drizzled with a light Asian plum dressing. 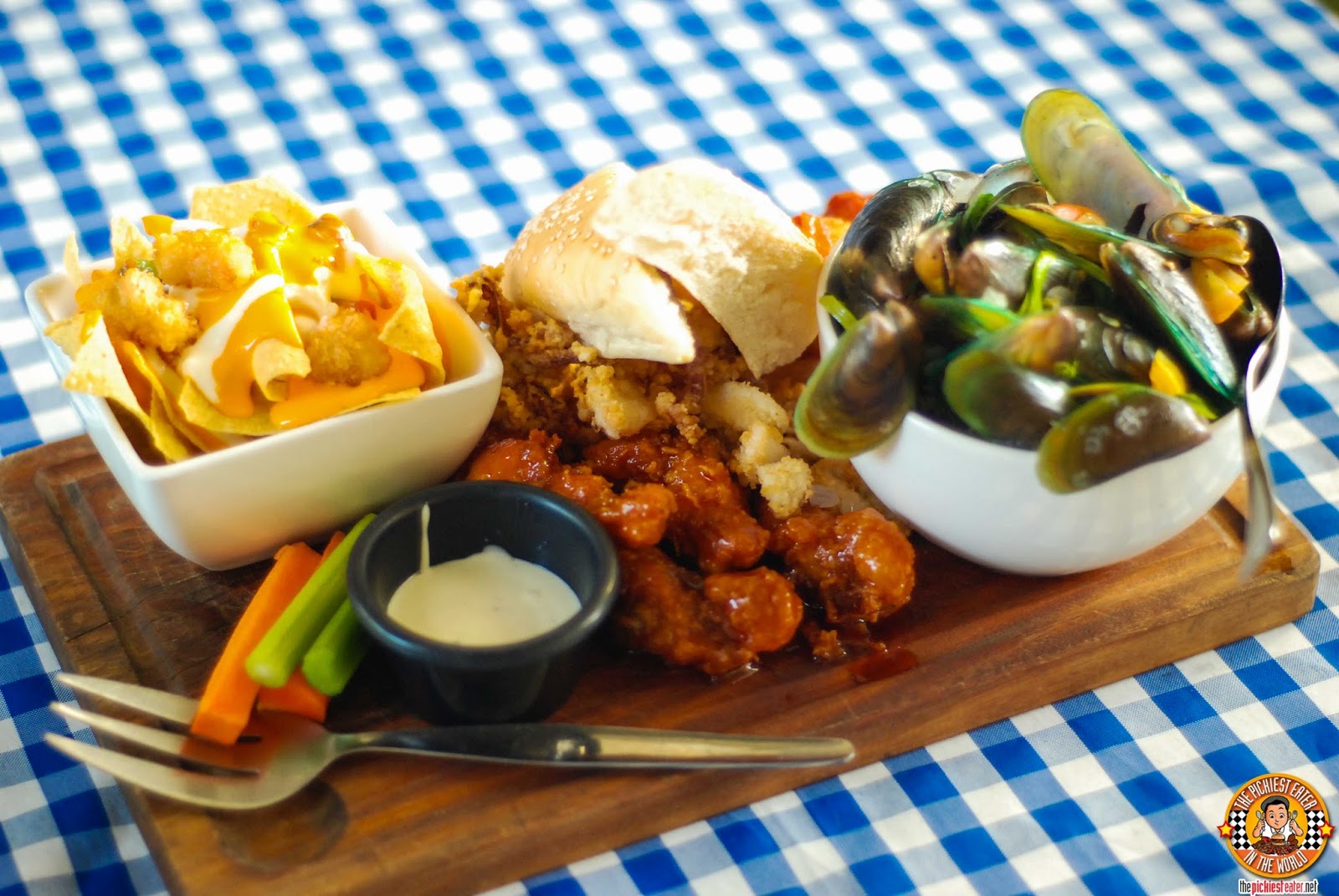 I was more excited at the sight of the Appetizer Sampler (P760) being brought to the table. The platter is a collection of the best of Clawdaddy's appetizers.

I began with the Barbecue Nachos. Crispy corn tortilla chips, topped with minced bits of shrimp, and a mango-jalapeno salsa, then smothered in a thick Cheddar Cheese sauce, a zesty barbecue sauce, and balanced with a dollop of sour cream.

I moved on to the Crispy Calamari, which had a nice crispiness given off by the light coating, allowing for the flavor of the squid to still be prominent.

I was hesitant to try the Buffalo Wings because I thought it would be too spicy. But Rina took a quick bite, then looked at me while bobbing her head up and down, which I took as a sign for me to give it a try. As it turns out, the heat on the Buffalo style sauce that coats the crispy wings had a nice balance of spiciness with a gentle touch of heat. I actually wouldn't mind ordering a platter of this for myself during my next visit.

Rina was so enamored with the Garlicky Mussels, that she ended up giving me her chicken wing in exchange for the mussel meant for me. The sauteed Mussels were drowned in Garlic Butter Sauce, which went perfectly with the plump shellfish.

Finally, I tried the Mozarella Balls, which was nicely deep fried, but not as gooey inside as I would have wanted, but flavorful enough for me not to need the pomodoro dipping sauce that it came with. 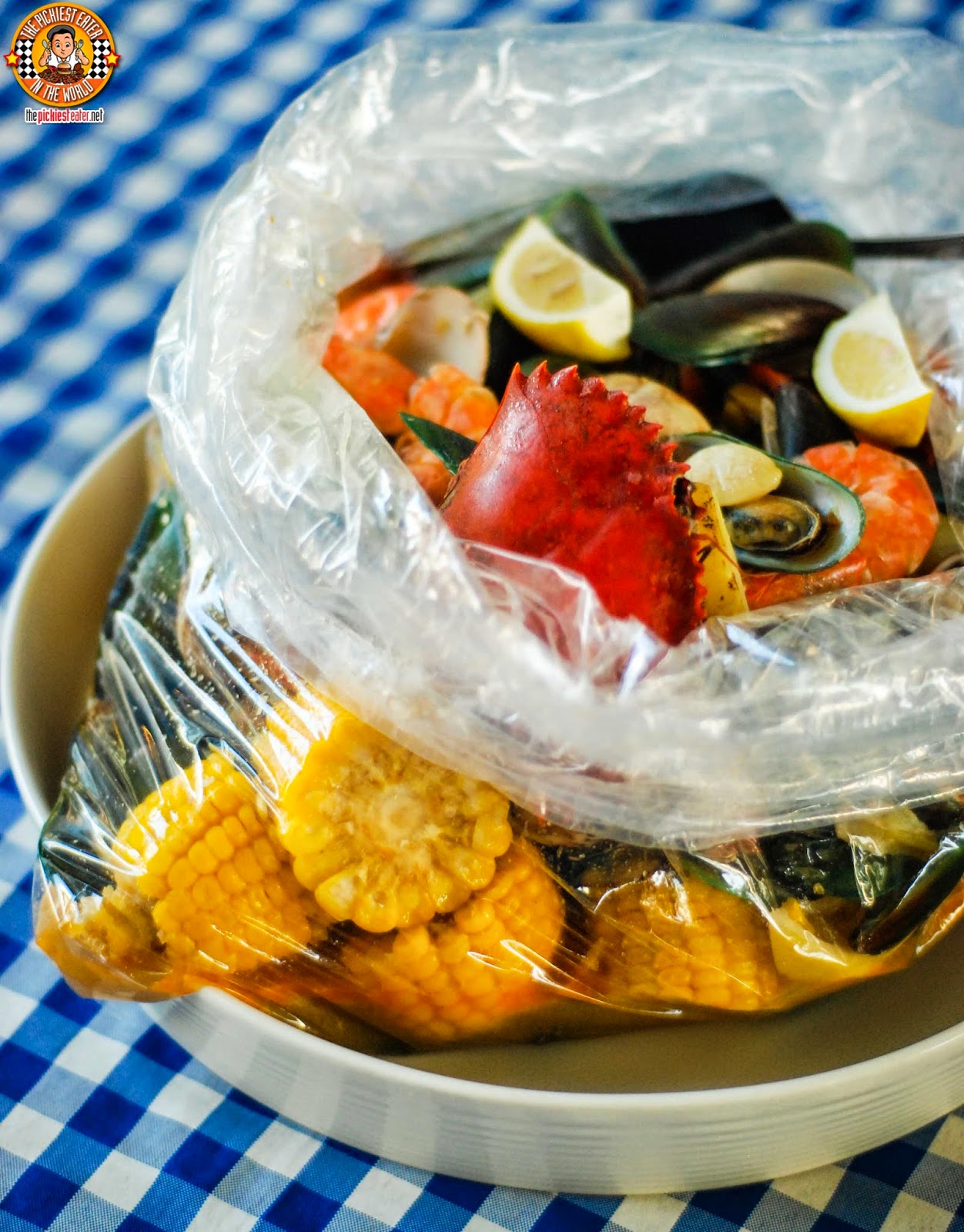 I've noticed that many seafood restaurants have opened recently that feature a "Seafood Boiling Bag", and it seems to be the craze at the moment. Funnily enough, this is nothing new to Clawdaddy, as it's been one of the highlights of their menu since 2006!

We were treated to the Seafood Boil (P1,495), which contained a medley of seafood, such as Mud crabs, fresh water prawns, white shell clams, green shell mussels, manila clams, and south pacific mussels, with some Andouille Sausage, potatoes and Sweet Corn thrown in for an added oomph of flavor, and boiled in a garlic butter sauce that coats every inch of the contents of the bag. Apart from the Garlic Butter, the other boiling bag flavors you can choose from are "Seafood Boil", "Clawdaddy Mix" and Creole Cajun. Other "Bags" offered are "All Shrimps Boil" and the "Shellfish Boil", where you can ask for the level of spiciness be set to Mild or Spicy, depending on your taste.

What will appeal to many is the sheer size of the bag, that in my opinion could easily feed 3-4 people, making the price tag very well worth it. 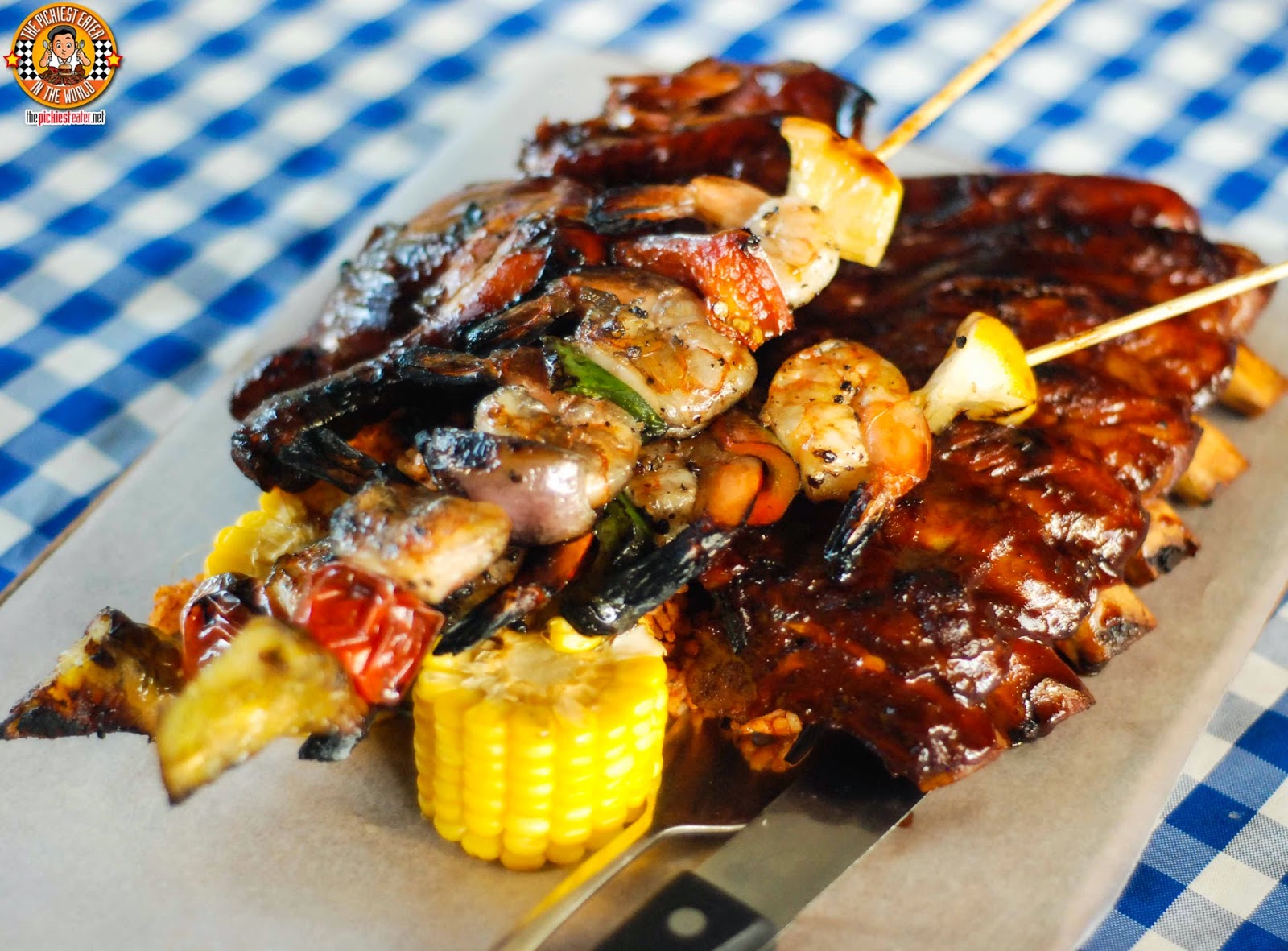 The Barbeque Sampler (P1,495) seems like it was made for Rina and I to share. I get the Baby Back Ribs, Which was coated in a delicious, smokey Barbecue sauce, as well as Hickory Smoked Chicken, which was incredibly juicy. Then we split the Smoke Sausage, that had a nice snap to it with every bite, to go with its meatiness.

While, I generously let Rina have the Shrimps on the Barbie. 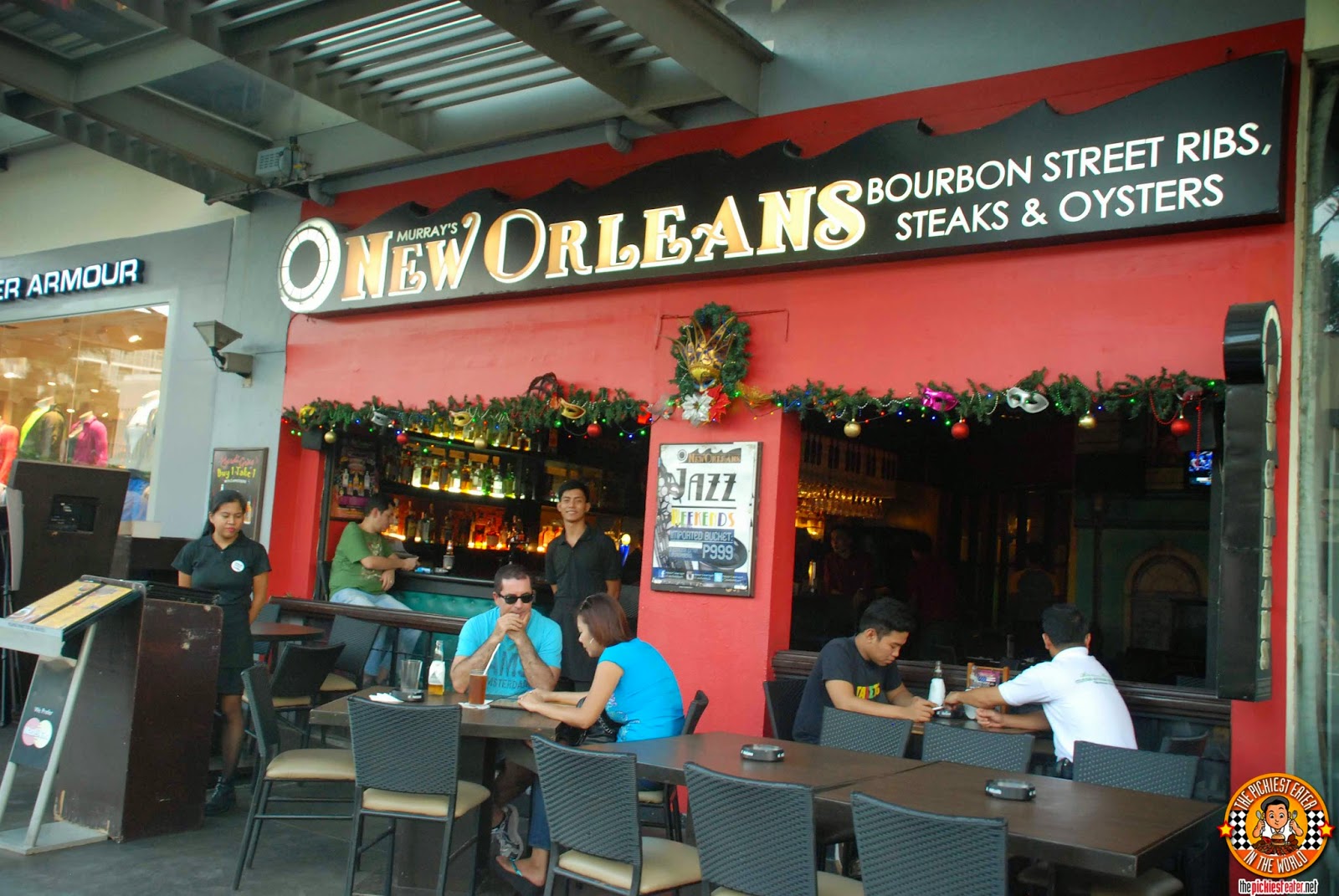 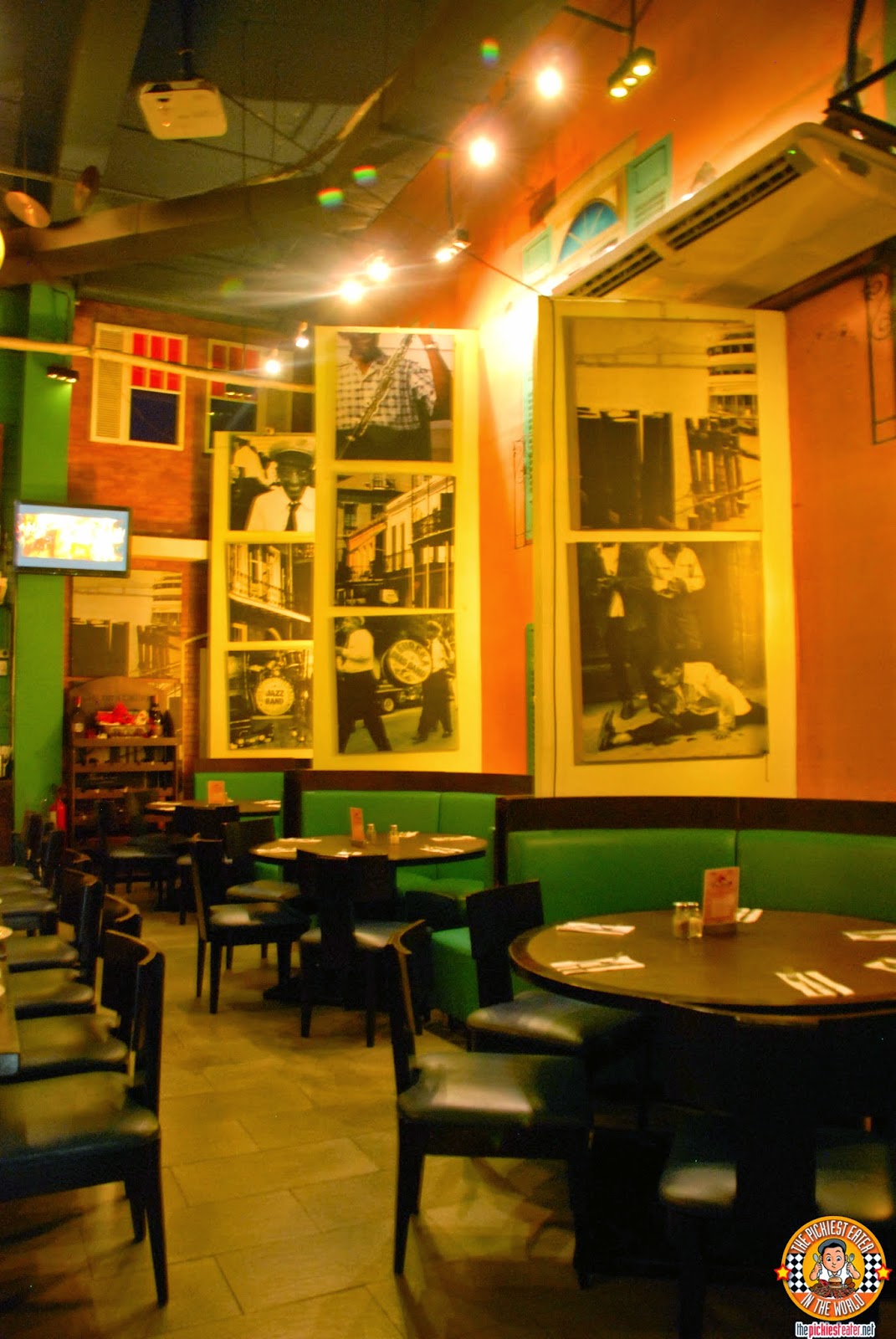 If Clawdaddy's took you on a stroll of wholesome American fare, New Orleans took you on a tour of The Big Easy, featuring sexy creole inspired dishes. The ambiance exudes the feel of a New Orleans club, featuring jazz and blues music, helping you get into the vibe that the Crescent City has been known for. 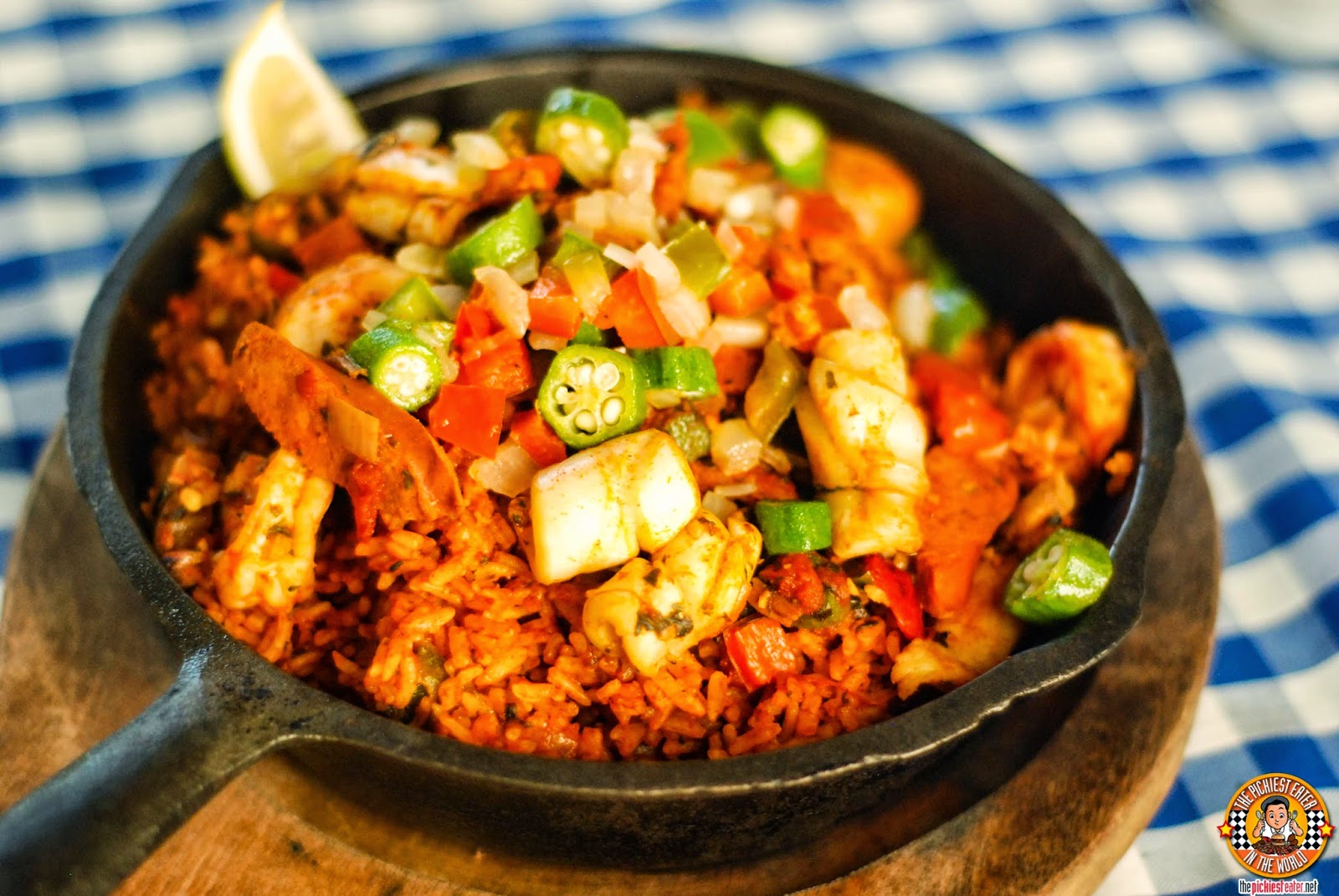 You cannot talk about Creole food without the mention of Jambalaya. Which by no coincidence, Seafood Jambalaya (P435), happens to be one of New Orlean's specialties. A medley of Chopped Okra bits, sliced Andouille Sausage, Calamari, White Shrimp, Fish Fillet chunks, cooked in a swirl of Jambalaya Spices, mixed into a Creole Rice Casserole. 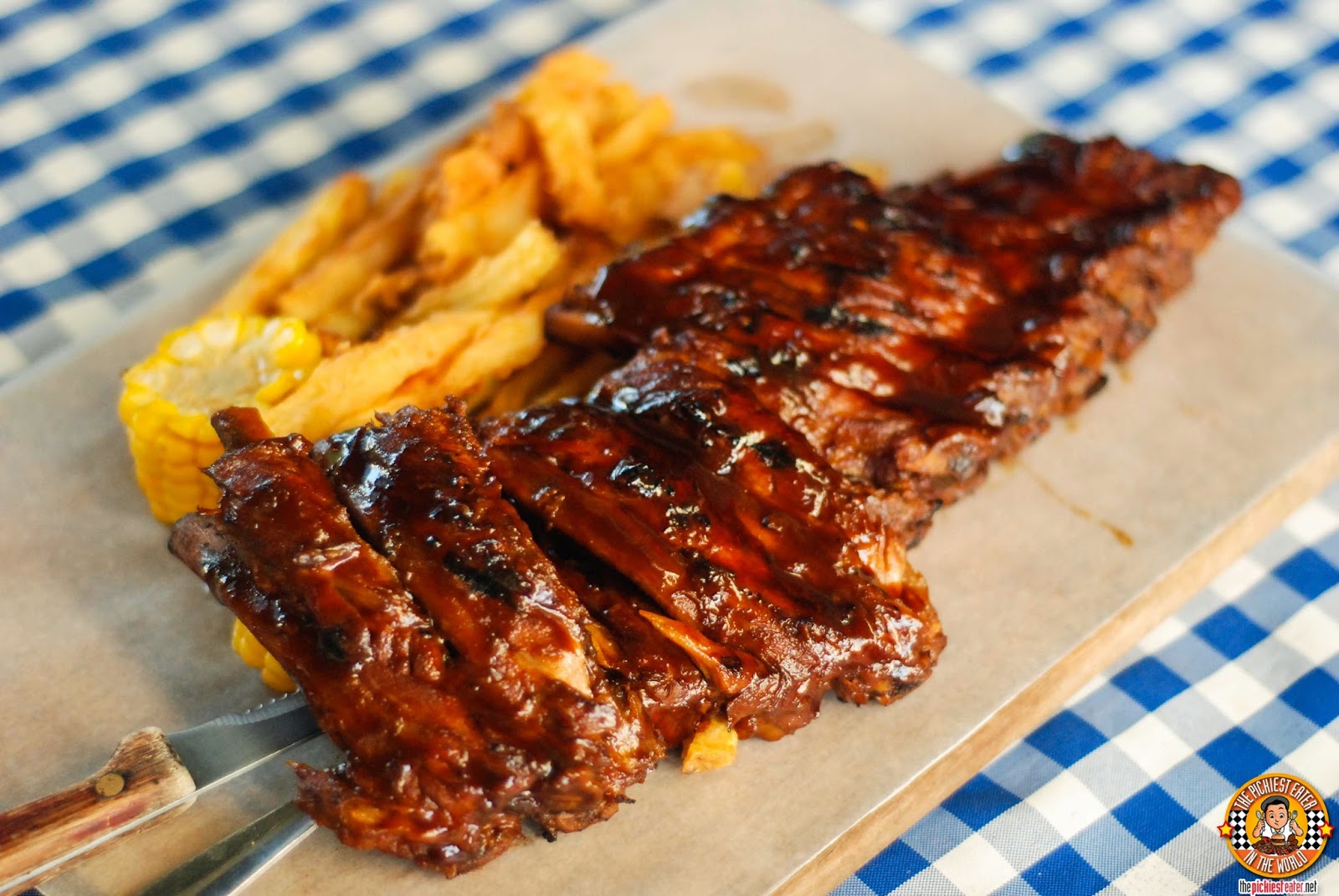 Like Clawdaddy's, New Orleans also has Baby Back Ribs (P1,098 Full Slab/Half Slab P549), but given a bit of the creole touch, peppered up with a bit of spiciness by some Cajun spices, to go with the fall off the bone meat. I gotta say that the French Fries that it came with were also excellent!

Both restaurants were quite the revelation, and I found the prices to be quite reasonable, especially when you consider the quality and portion size you get in return. What excited me even more was the fact that there is a way to get a discount when yo dine at Clawdaddy's and New Orleans!

During my visit to Clawdaddy's, I was introduced to Taggo, a unique social marketing platform that drives-in store fan acquisition, engagement, and loyalty to restaurants and other local businesses. Taggo's roster of merchants are carefully handpicked and voted for Favorite Manila Restaurants 2014-2015, which you can find at www.favoritemanilarestaurants.com. 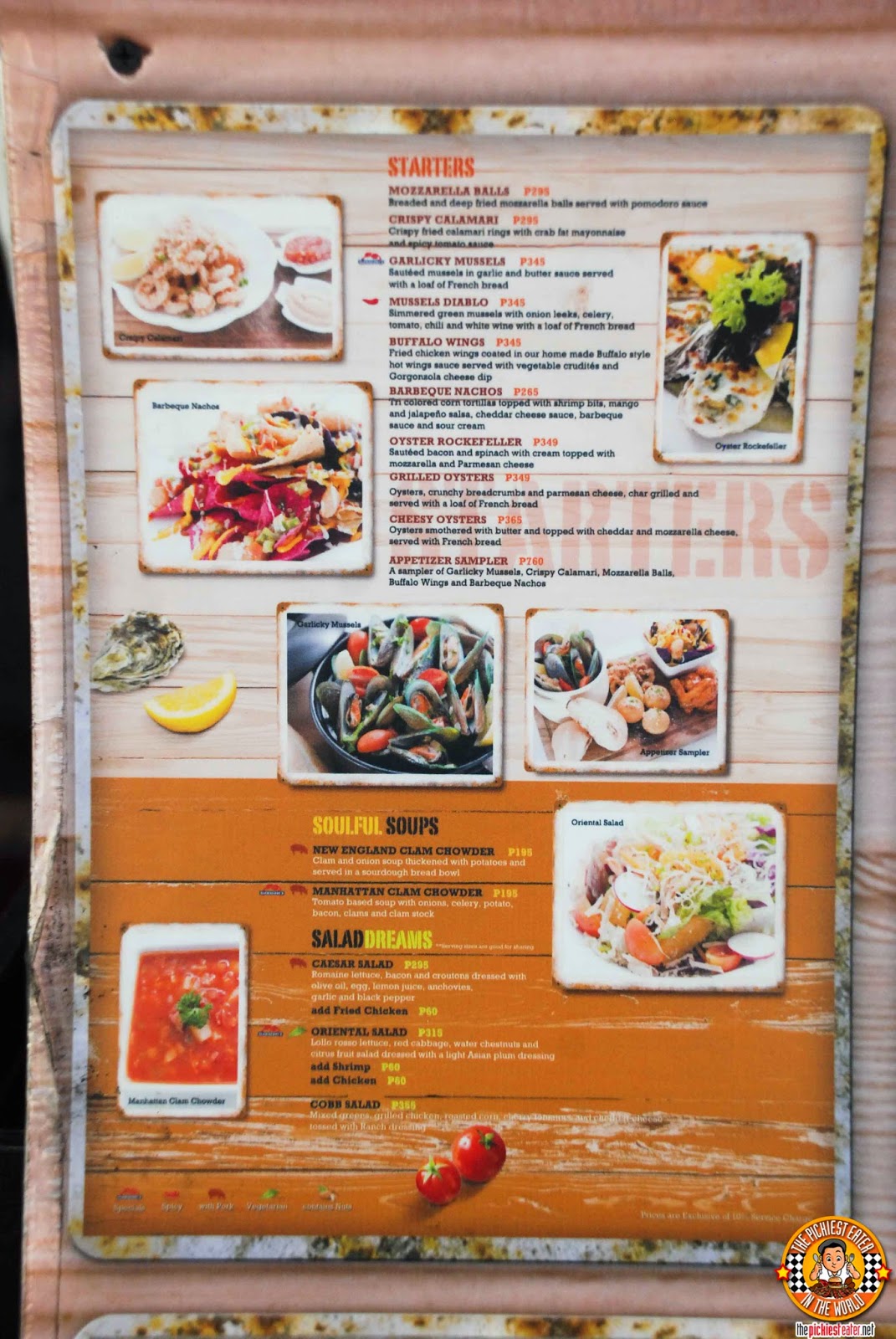 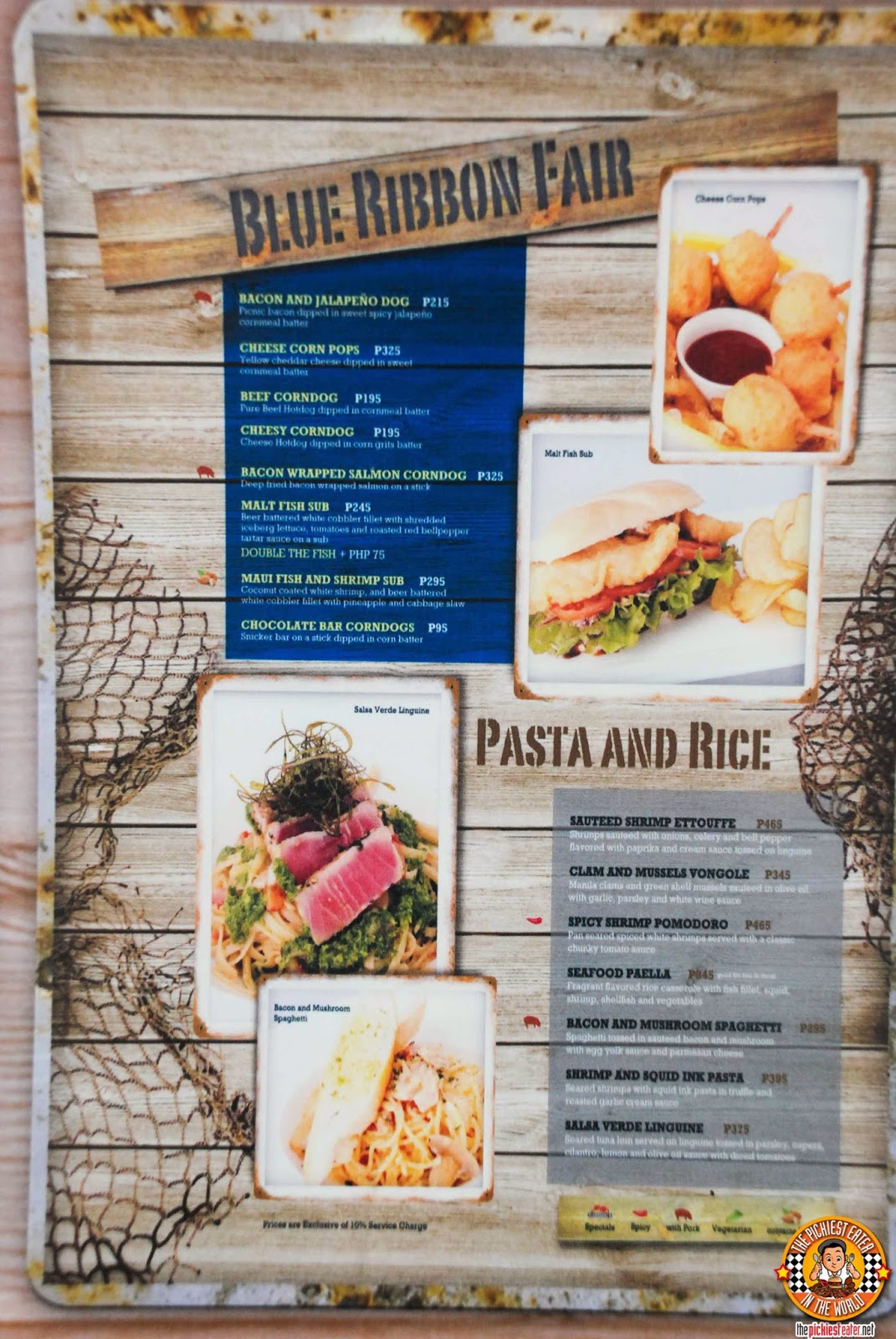 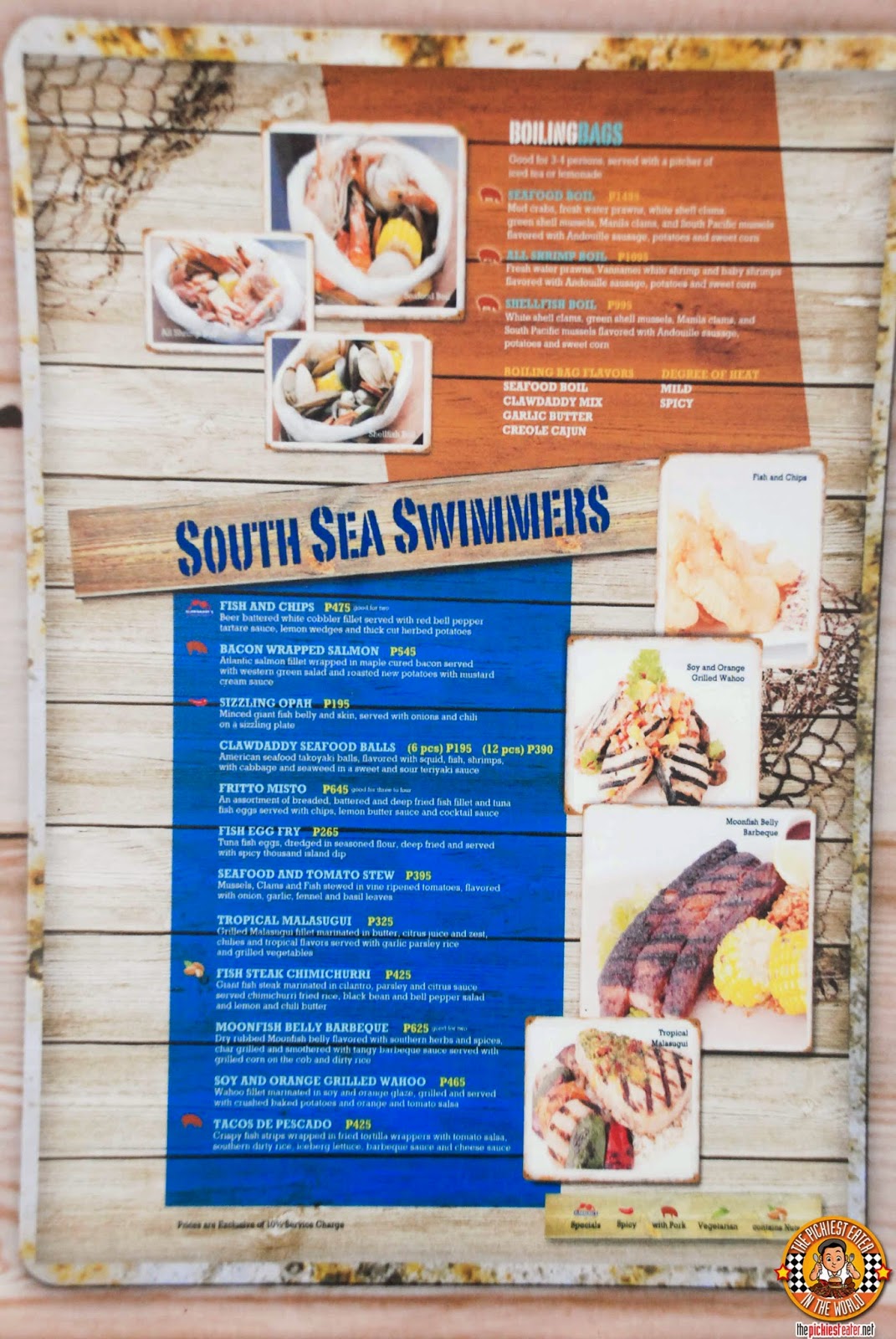 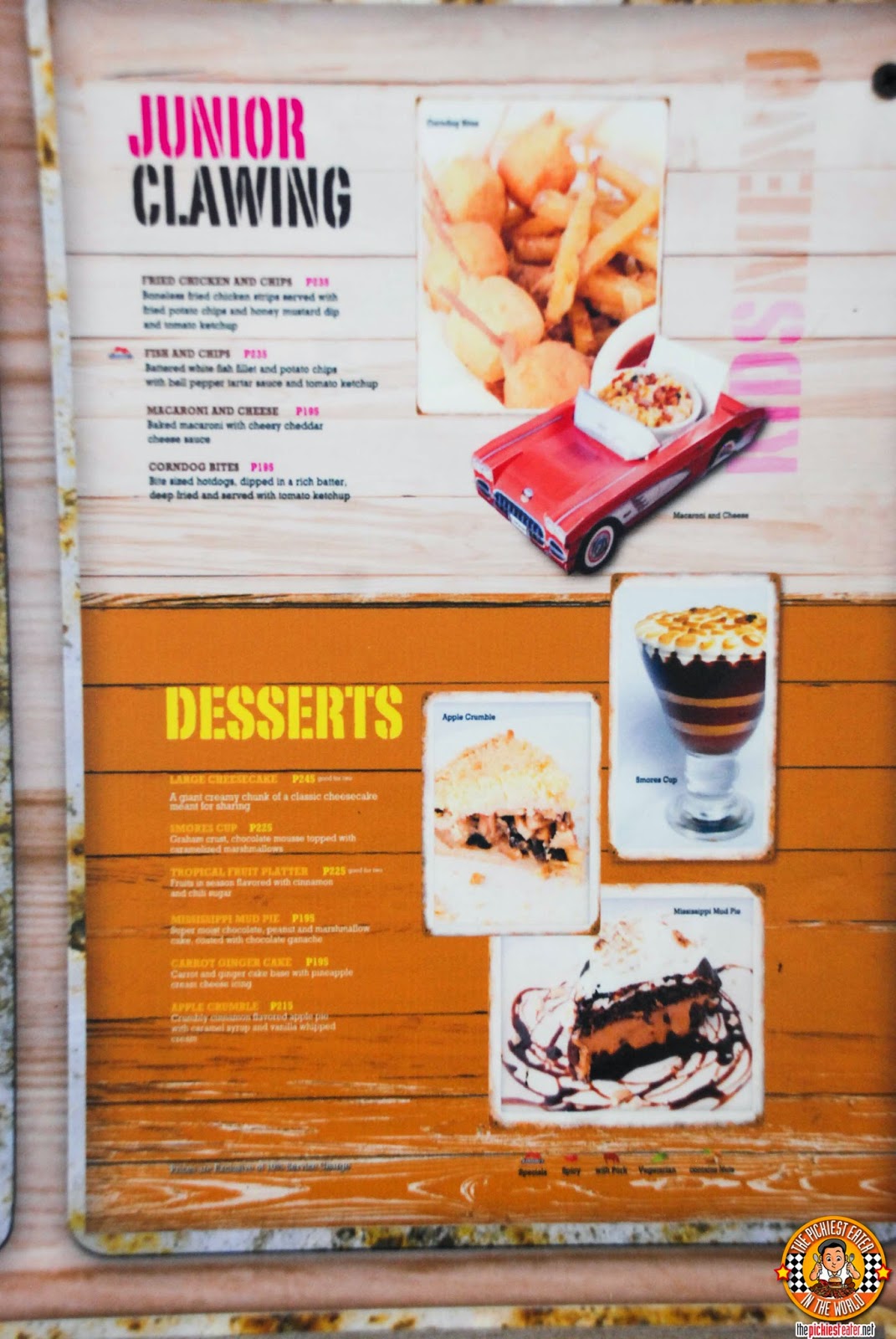 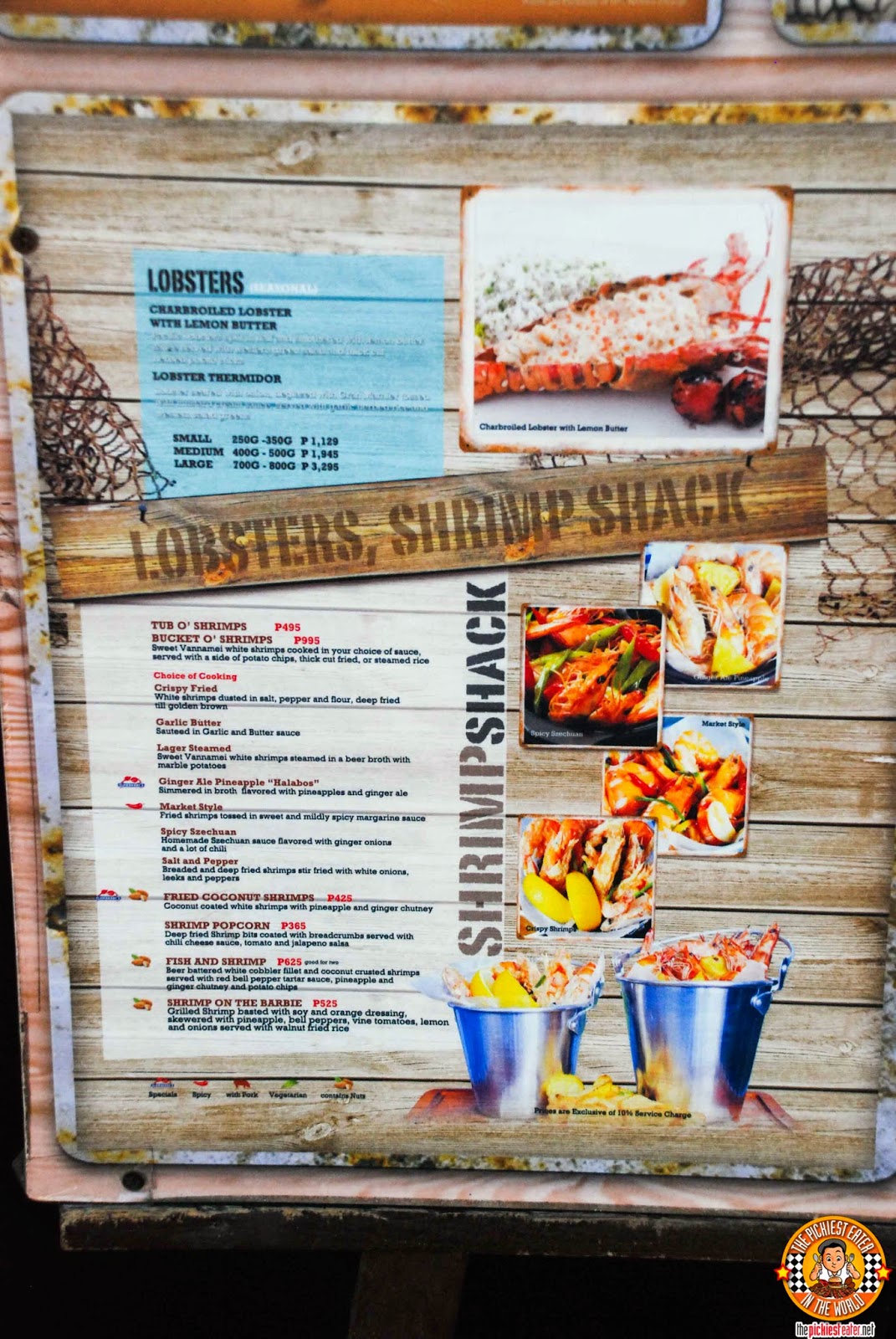 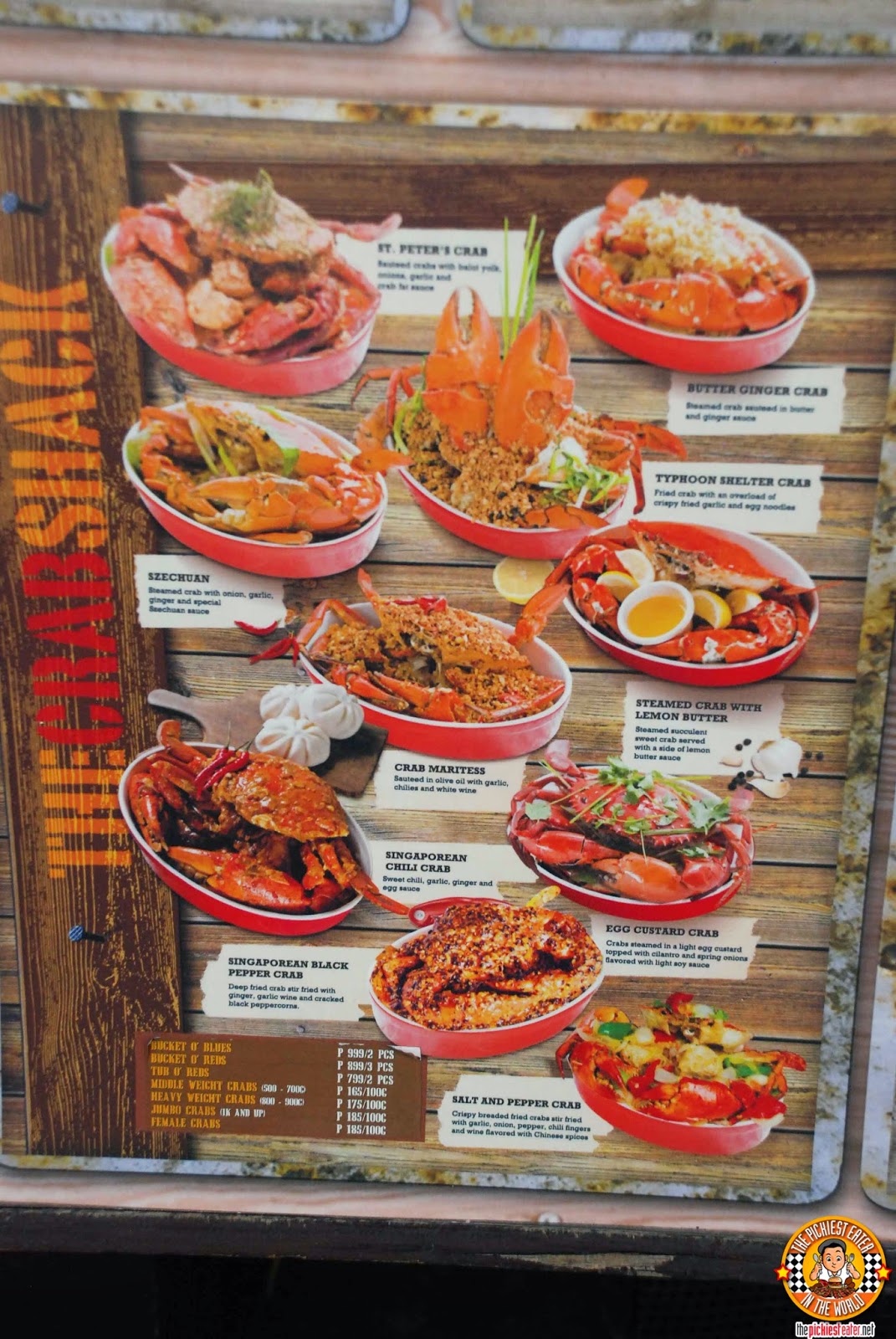 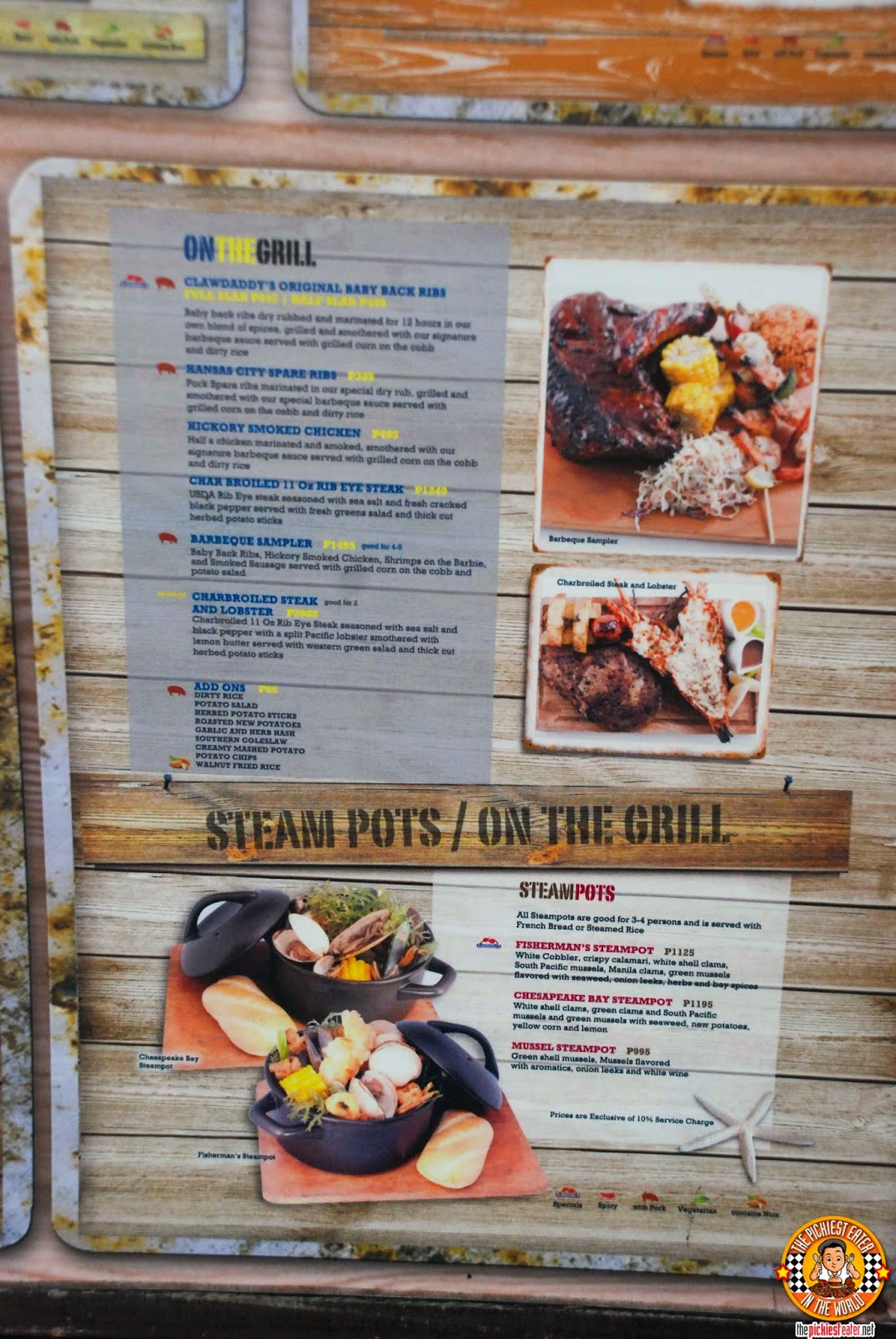