SHAKE THOSE BLUES AWAY AT SHAKEAWAY 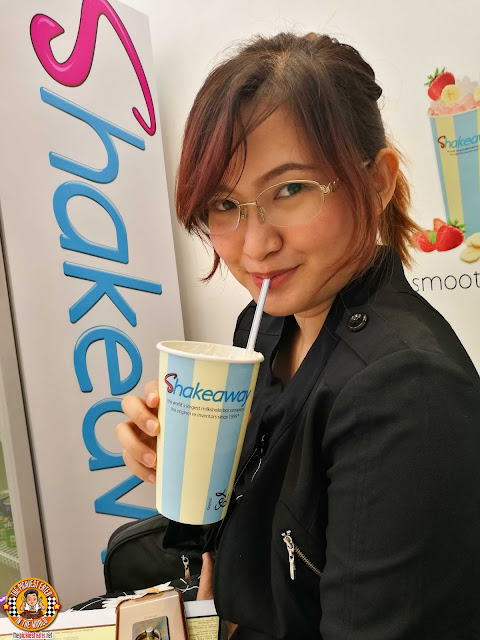 I don't know if I've ever mentioned this before, but I don't drink coffee. So it's safe to say that I havent gotten bitten by the Frappuccino bug that everyone seems to go crazy over (Poor me, no planner every Christmas hehe). However, what I do love, is a good milkshake. So when the largest Milkshake bar in the world arrived in the Philippines, you can bet every cent you've got that I stood up and took notice!

Fortunately, the stars aligned for me when Shakeaway opened their second branch at Bonifacio Uptown Mall, and I happened to be around the neighborhood with some foodie buddies of mine! 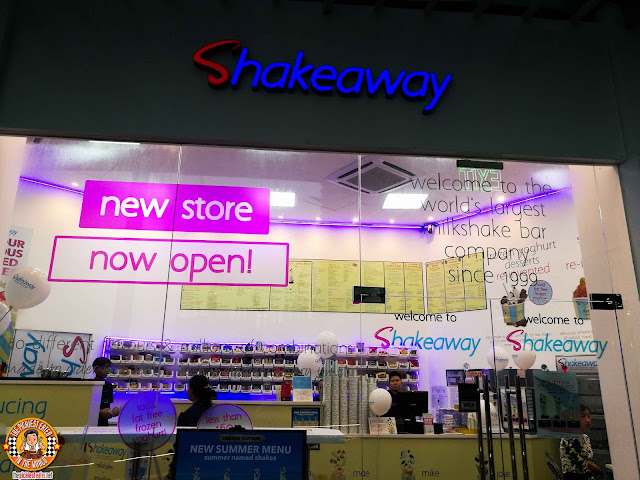 Shakeaway is undoubtedly the biggest name in Milkshakes in the world. Having started in 1999 in the South coast of England, Shakeaway has branches spanning as far as Mexico and Saudi Arabia.

They opened their first branch in U.P. Town Center late last year, bring their refreshing, mouth-watering milkshakes to the Philippines, where people are constantly looking for ways to cool down. Building on the success of the first branch, Shakeaway soon opened their second branch  at the Al Fresco Fourth Floor Area of Bonifacio Uptown Mall. 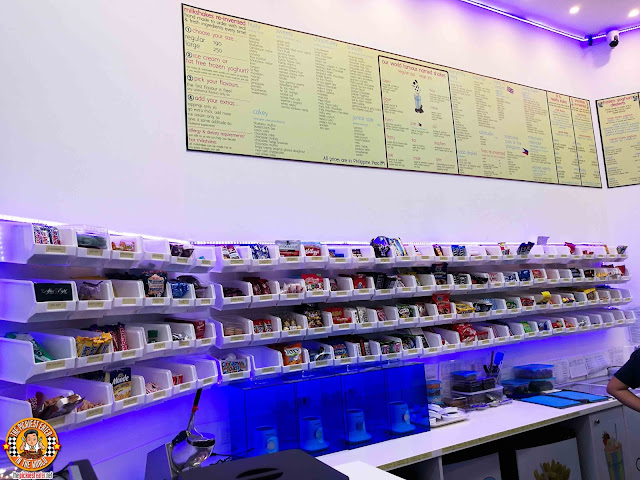 As I stepped into the Shakeaway store, I was half expecting Gene Wilder to walk out and start singing "Pure Imagination" (Errr.. Johnny Depp for you younger ones). The entire wall behind the counter was covered with shelves filled with different types of candies, chocolates, and other ingredients for you to choose from, giving you Willy Wonka feels!

Giving their customers the option to create nearly limitless shake combinations has been Shakeaways' claim to fame.

Creating your own shake is a simple 4 step process:

The extras are categorized so customizing your shake is easy. The category names ranges from, Fruity, Sweety, Cakey, Biscuity, Luxury, Biscuity, Everything Elsey, and even the Wicked Wendy.. which is the weirdest combination i've ever heard of for a shake.. Frozen Peas, Pickled Onions topped with Whipped Cream. (WTF?! 😱)

The problem with all these choices, is that it can be a little overwhelming. When our hostess Zerline encouraged my companions and I to make our own creations, but we got tunnel vision just staring at the menu, that we decided to go with the pre-named lavored shakes instead! 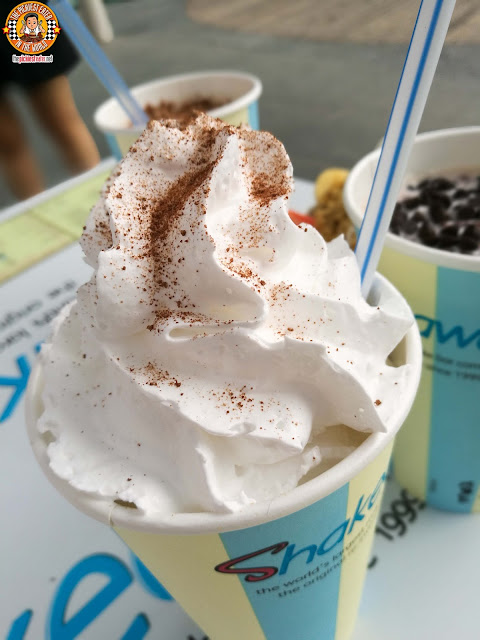 Have you ever had one of those simple Mango Ice Box cakes that tastes absolutely awesome? The Sol (P250 regular/P310 Large) is a spin on that. Made with mango, graham crackers and a healthy dollop of whipped cream on top, 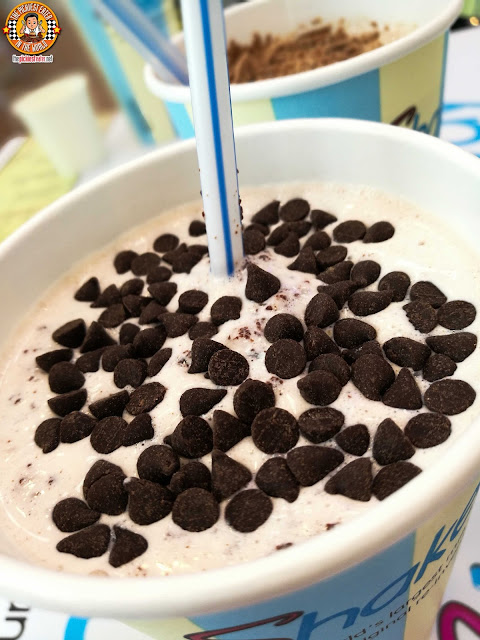 Not a big fan of Mint, but the Max (P250 regular/P310 Large), made with a chocolate fudge brownie, chocolate filled mint candy with milk chocolate chips on top, was actually pretty refreshing. If you know Andees Chocolates, that's more or less how this tastes like.. In a shake form of course (duh hehe). 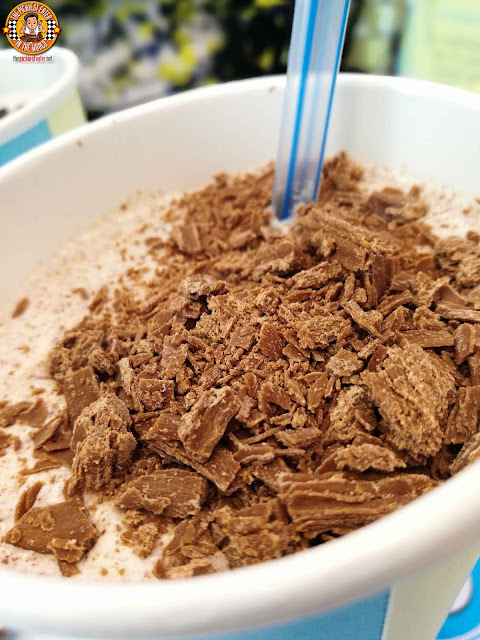 I ordered the Dave (Add P80 to P250 regular/P310 Large), because it had some of my favorite chocolates, such as Ferrero Rocher and Kinder Bueno in it, and topped with Cadbury Flakes. Yes, it tasted as beautifully as it sounded. 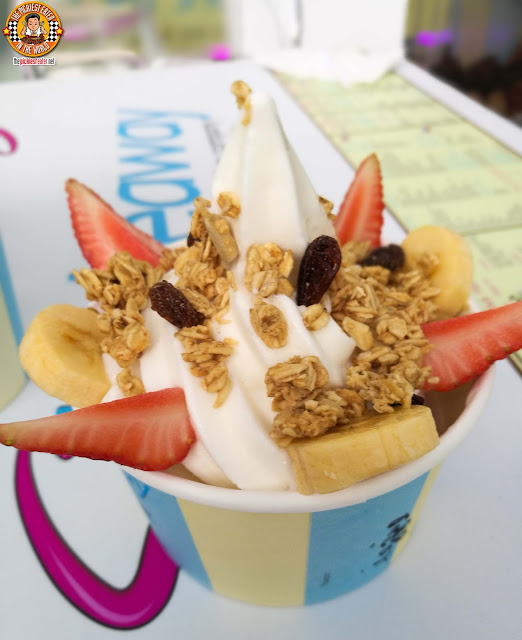 If you're going healthy like people that are not me, you may opt for the Yogurt variants. We opted to try the Izzie (P250 regular/P310 Large), which was peppered with Banana, Strawberry and Granola. It truthfully didn't feel like a healthy snack, but a delicious frozen dessert!

Fitness enthusiasts will be happy to know that you can request additional nutritional supplements as part of your extras! 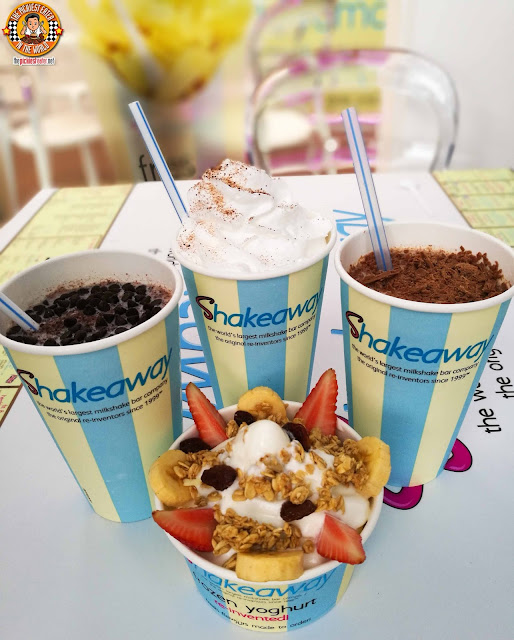 The next time I go to Shakeaway, I promise to make my own concoction, although it's quite tempting to try their named Milkshakes because they were all so refreshingly delicious! Whether you have a Sweet Tooth or you're a health buff, there's something 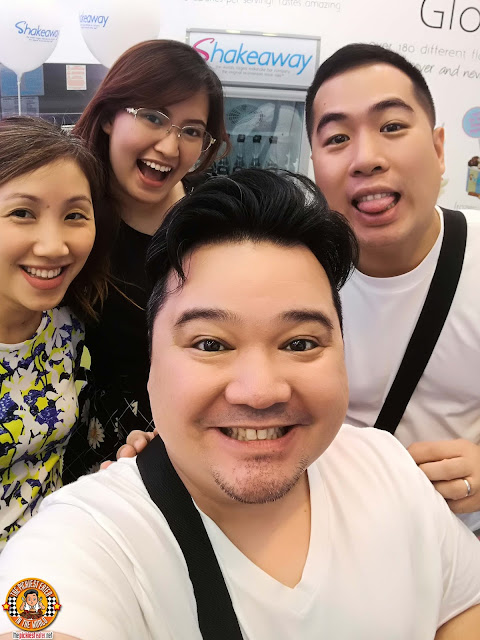 Thank you Zerline for having me and my friends,
Phantasm Darkstar and Eatsplorations over at Shakeaway!