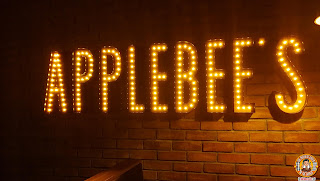 Since opening up their first branch in the country a few years ago, Applebee's has emerged as the Go-to place for celebrations. The festive atmosphere is the perfect setting for good vibes and fun with loved ones, over what you can be assured is delicious, hearty food.

Never one to be complacent, Applebee's has recently amped up their menu, adding even more exciting dishes that they feel would hit close to home to the Food loving Filipinos palate!

It didn't take a lot of arm twisting for me to troop to the nearest Applebee's branch for me to try it out!! 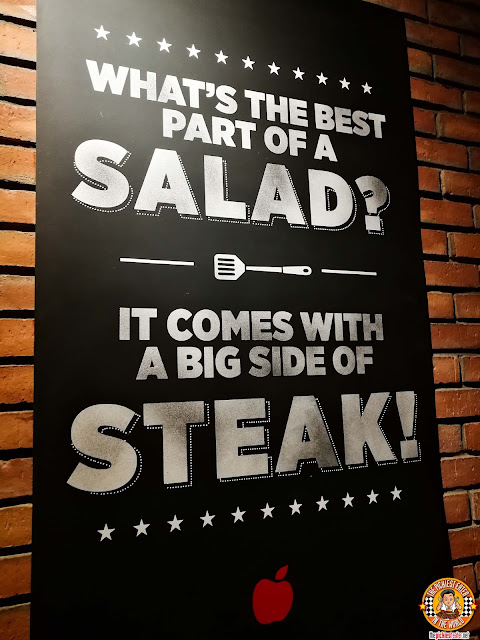 It's signs like these that reaffirm my love for Applebee's! But apart from that, the friendly demeanor of the service crew helps establish the tone that makes you feel right at home. 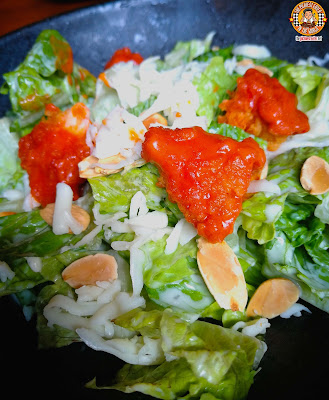 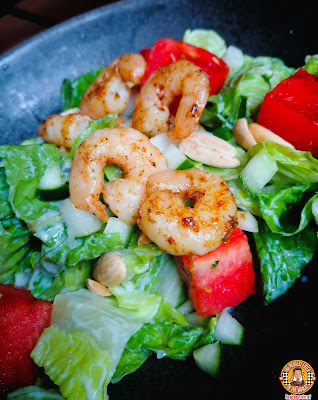 Lunch started with the Buffalo Chicken Salad (P525 Full/P325 Half), and the Grilled Watermelon & Spicy Shrimp Salad (P765 Full/P445 Half), two new items on the salad menu. The Buffalo Chicken bites offered the distinct zing that the New York favorite is known for, tempered by the robust flavor of Bleu cheese, laid out on a bed of Crisp Romaine Lettuce and Cherry Tomatoes.

The Grilled Watermelon & Spicy Shrimp Salad, was an intriguing mixed of greens, with Feta Cheese and toasted almond tossed in, then drizzled in a mint yogurt dressing, then for the knockout blow, topped with grilled spicy shrimp, and grilled watermelon chunks. 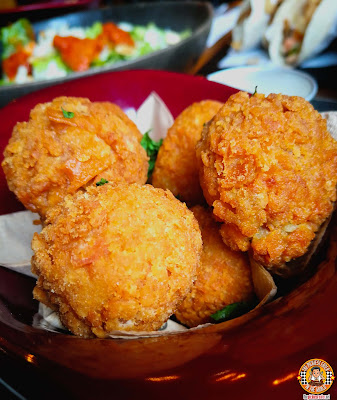 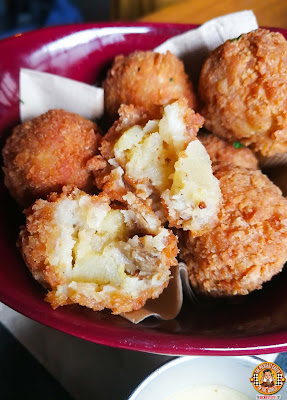 Being the ultimate meat and potatoes guy, I was excited to try the Bacon Jalapeno Potato Croquettes (P265), and was not disappointed. Bite into the crisp ball, and creamy mashed potato is revealed, melded with bits of smokey Bacon, adding a whole new dimension of flavor. If you're averse to spicy food, fret not, because the Jalapeno doesn't really have much kick to it, making it rather safe. 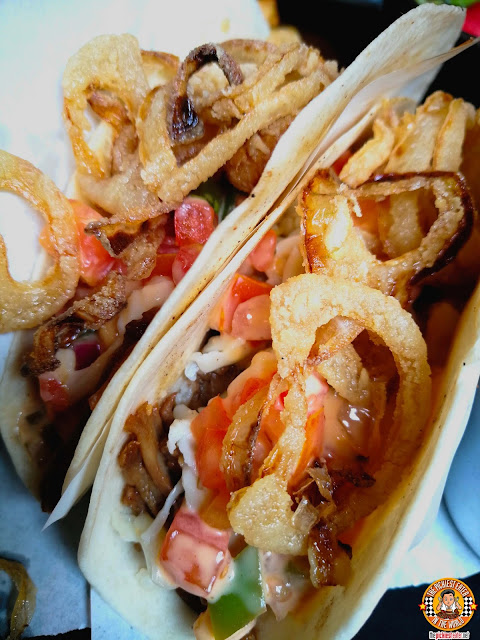 Who doesn't enjoy a good taco, right? I've recently found myself craving more and more for these Mexican treats, and Applebee's new BBQ Beef Brisket Tacos (P545) made my addiction worse. This was an incredibly tender Beef Brisket, doused in a luscious Honey BBQ & Mexi-Ranch Dresssing, then topped with crisp onion rings and creamy coleslaw, tucked neatly into a grilled tortilla. 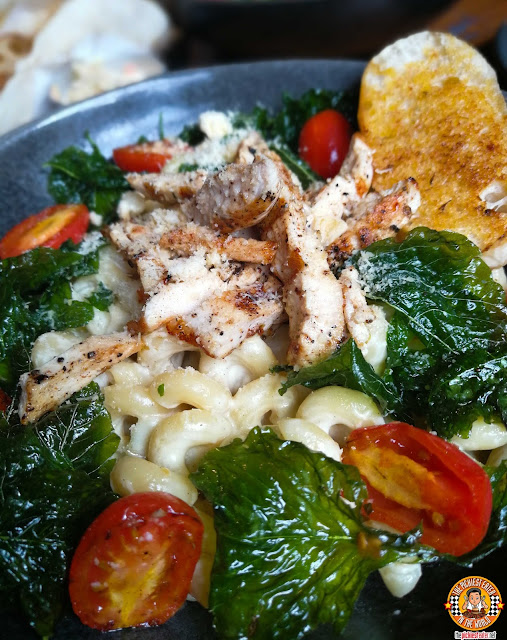 I had never heard of Cavatappi Pasti before I tried Applebee's Spinach Artichoke and Grilled Chicken Cavatappi (P495), so I wasn't sure what to expect. But then again, I thought this was actually a salad dish, so I have to admit, I wasn't expecting to like it. (I'm the worst food blogger ever, I tell you!). But holy crap was this really good. The Fusili noodles (or "corkscrew", the term i'm more used to), is doused in a creamy Spinach Artichoke sauce, then topped with delightfully seasoned Chicken Breast slices, and Fried Spinach leaves. 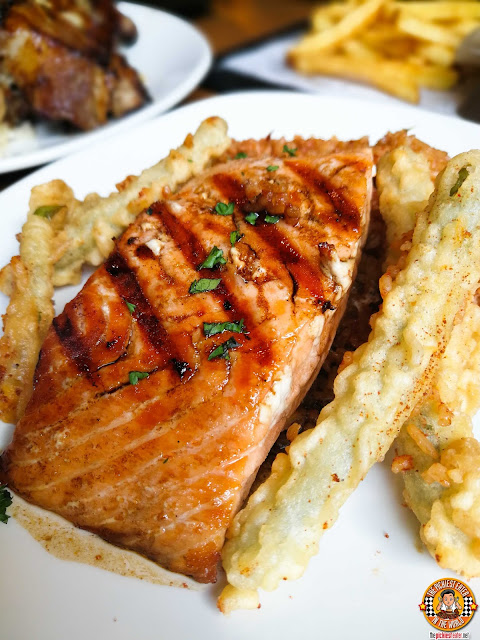 Known more for the American Fare that touches on Tex-Mex flavors, Applebee's has decided to expand their menu to cater to the Asian Palate, starting with the Teriyaki Balsamic Glazed Salmon (P675). The meaty Salmon fillet is coated with a vibrant, teriyaki balsamic glaze, and paired with a side of Applebee's Mexi-Rice. The deep fried green bean crispers were also a delightful touch. 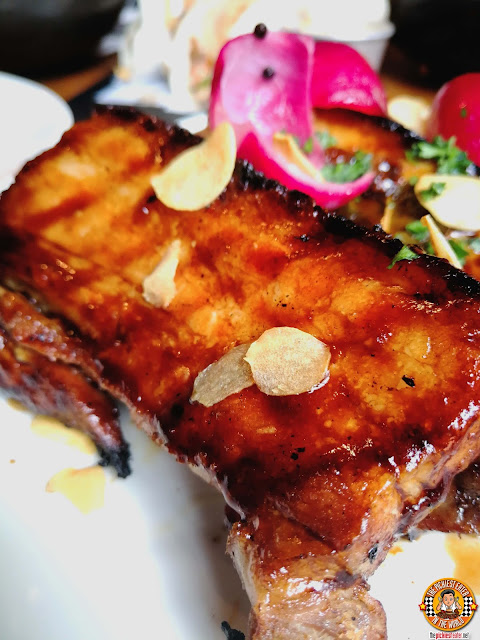 Applebee’s take on Pork Liempo Adobo (P485) hits close to home. It may be different from the traditional adobo that we all know and love, but the notes that the medley of soy, vinegar and garlic on the pork bring to your senses can't help but taste familiar, while deliciously paired with Brown Garlic Almond Fried Rice. 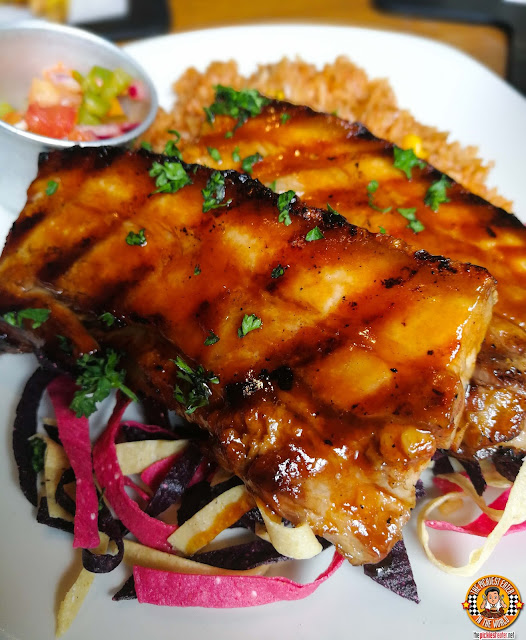 Being a restaurant that loves to "Celebrate Everything", it comes to no surprise that they unveiled a Fiesta BBQ Pork Liempo (P495). The juicy pork belly slabs are beautifully basted in a Asian BBQ sauce that have a sweet meats soy flair. Of course, the dish is given the Applebee's touch, with its side of  Pico De Gallo, Mexi-Rice and crispy tortilla strips. 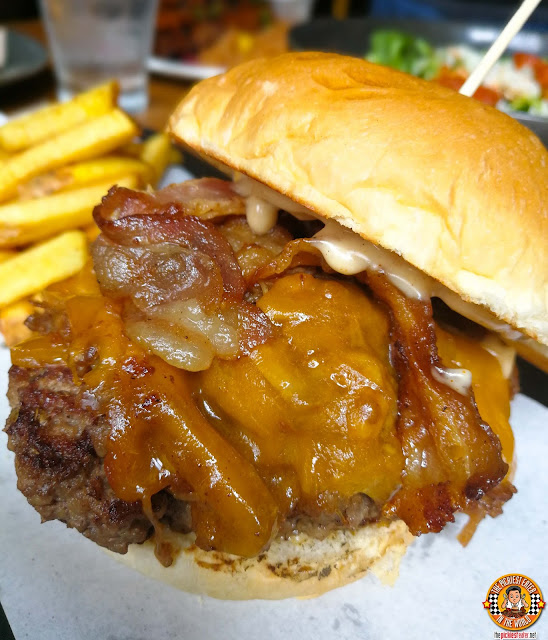 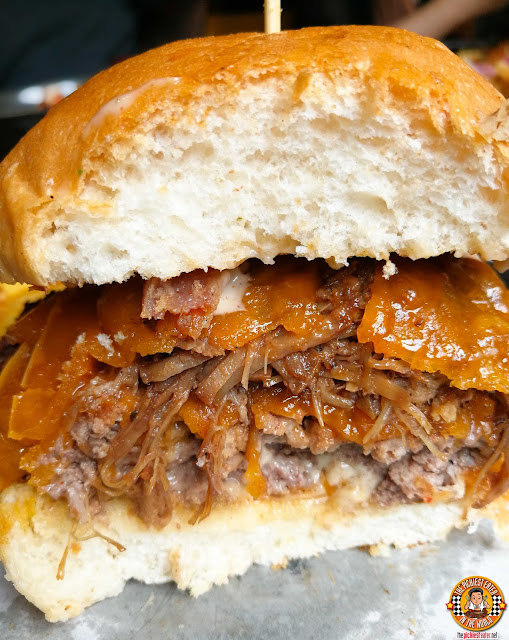 After biting through the thick, beefy patty, my taste buds were welcomed by the smokiness of the bacon, and the sweet-tanginess of the brisket. Incredibly heavy, but totally worth it. 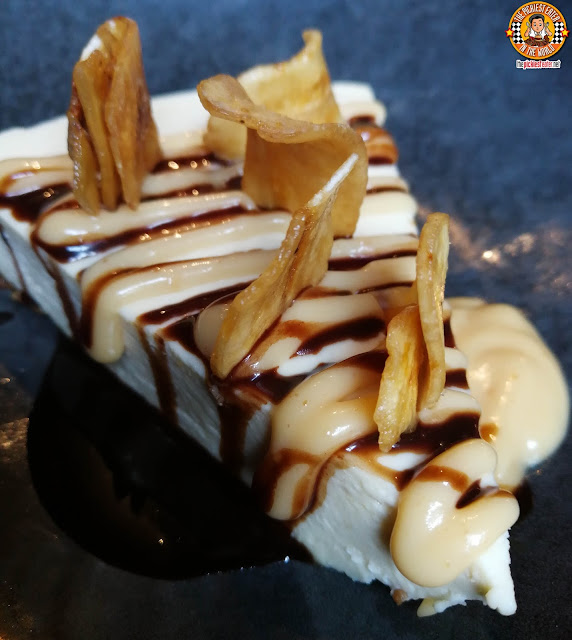 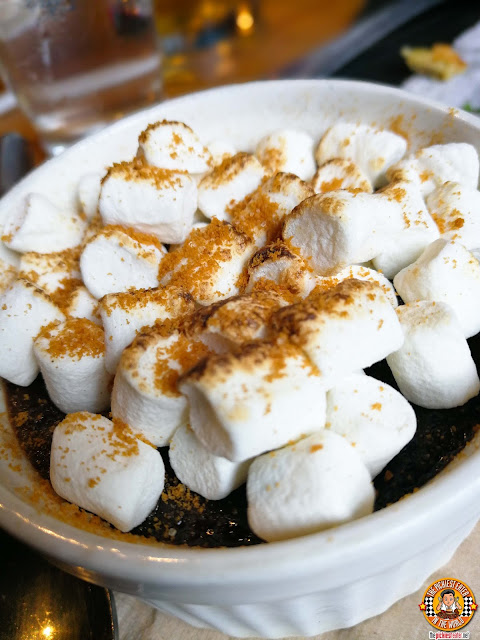 and the delicious genius of the S'mores Creme Brulee! 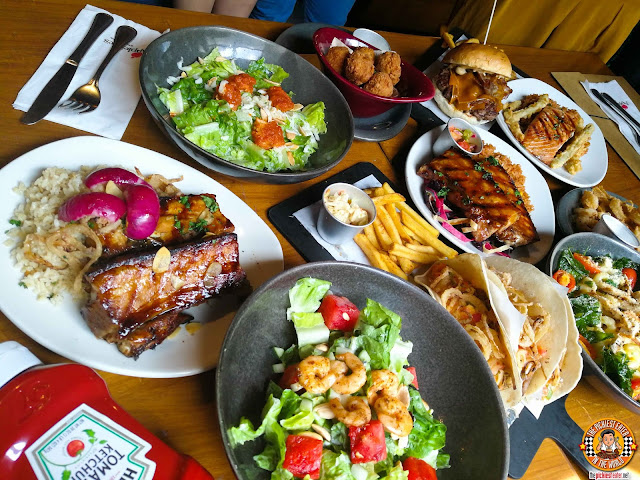 Applebee's original menu already knocked it out of the park, but now that there are even more additions, it looks like you'll be visiting even more often! I can't choose just one dish as a favorite, but if I really had to, I would say It was the Brisket tacos. And the Burger. And the Adobo Liempo. And the.. SEE?! It's hard to choose just one!! 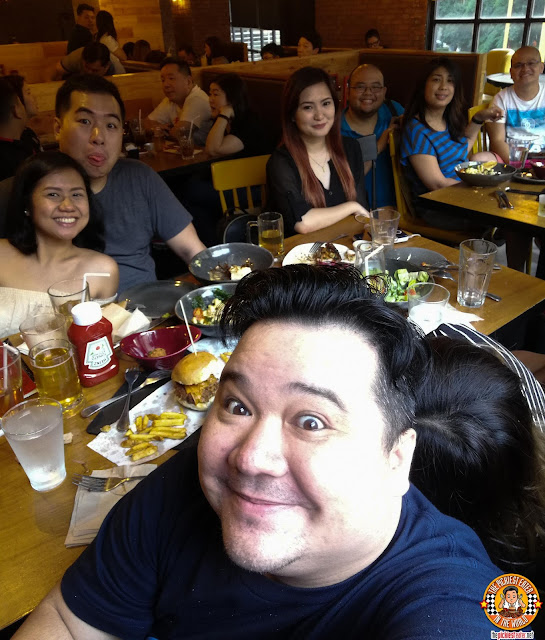 Applebee's is best enjoyed with friends and family, right? Which is why it was fitting that I visited with my KTG Family, and we had an amazing time! Try Applebee's new menu for yourself and let me know what you think!

Posted by The Pickiest Eater at 4:25 PM

Email ThisBlogThis!Share to TwitterShare to FacebookShare to Pinterest
Labels: Applebee's, applebee's menu, Applebee's Philippines, Restaurants in Eastwood, Where to Eat at Eastwood