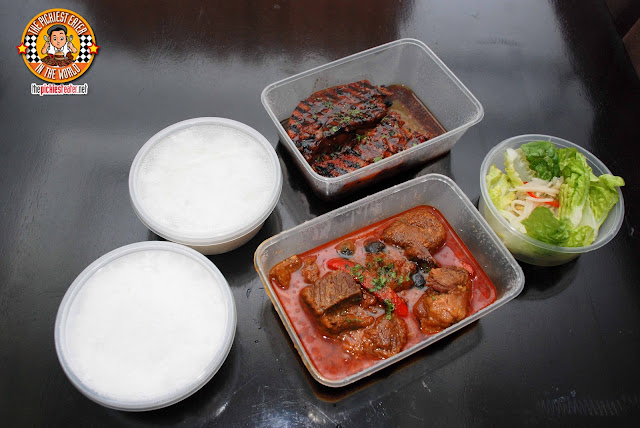 With the Rain being very uncooperative a few weeks back, Rina and I were unable to go grocery shopping. Rina had already warned me the day before that our ref was out of meat, and if we didn’t go to the grocery soon, we would end up having to eat nothing but instant Pancit Canton. But the
weather really got the better of my laziness, so I decided to procrastinate, thinking that we could go on Sunday without any problems.

My wife gave me the “I told you so” look, but didn’t say a word. I knew I had to make it up to her some way, somehow, so I decided to order some take out for her.. That IS, of course if there was a restaurant willing to deliver in the pouring rain.

Thankfully, Quick Delivery promised that if we ordered, we would get our food by around 7:30. That sounded like a good deal to us, so we proceeded to order from Angel’s Kitchen, A restaurant in San Juan that my boss had been raving about for quite some time now.

At 7:30 on the dot, I heard the doorbell rang. Just as the order taker had promised, the food came right on time. 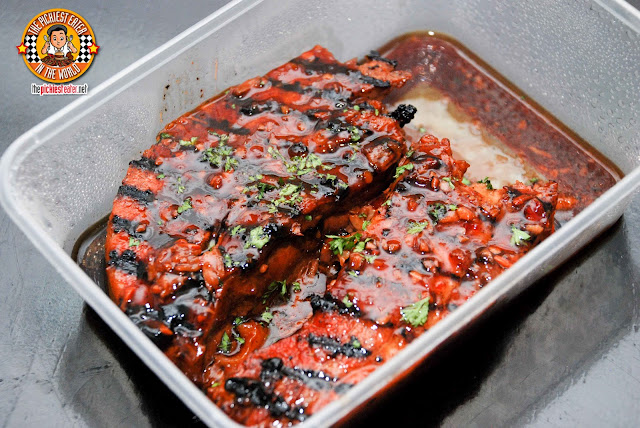 The moment I saw the “BBQ Pork Rib with Papaya Guava Relish” on the menu, I knew I wanted to try that. Thankfully, my instincts were right. The meat was extremely tender, and I adored the sweet BBQ sauce that it was bathed in. I found myself scooping the sauce just to mix it with the rice. 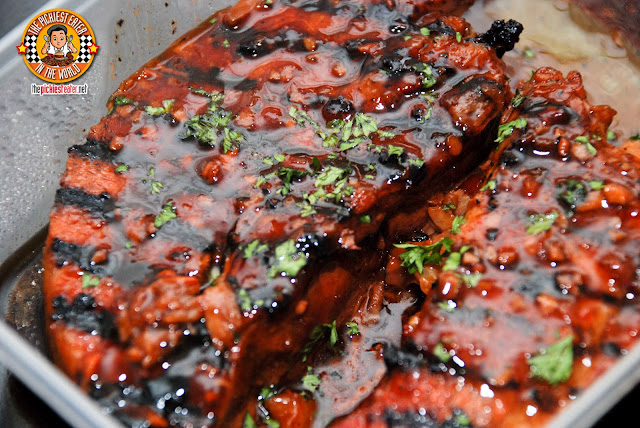 Although it’s a bit pricey at P388, I think it’s well worth it because of the sheer size of the ribs. I only ate once piece and shared the other with Rina, yet I found myself extremely full afterwards. 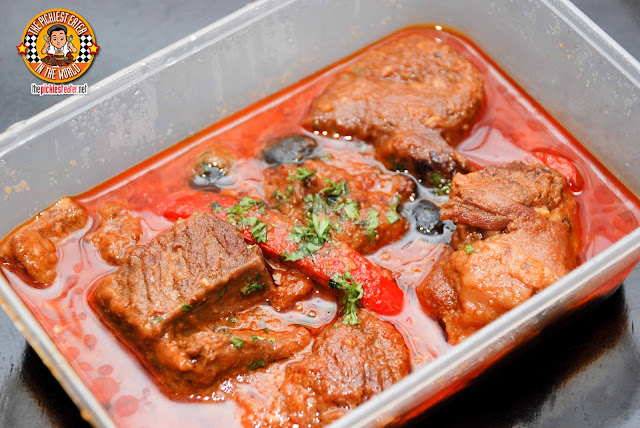 Just by looking at it, you wouldn't think that Rina would find the Beef Short Ribs Caldereta a tad bit bland, but to my surprise, she did. With all the ingredients mixed into it, you’d think that this would be bursting with flavor. 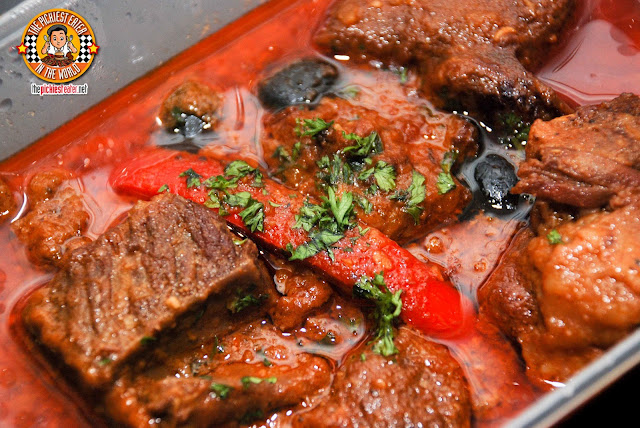 The sauce did have the tangy punch of tomato sauce, but the meat itself lacked a little bit of seasoning. Fortunately, she after adding a little bit of Patis, she began enjoying it more.


Despite Rina’s so-so reaction to the Caldereta, I really enjoyed my order of BBQ Ribs. Although I must admit that the price ranges of their dishes are on the pricier side, I wouldn’t mind trying the different other items on the menu of Angel’s Kitchen!
Posted by The Pickiest Eater at 12:30 AM