A NEW BEGINNING AT SUMMER PALACE 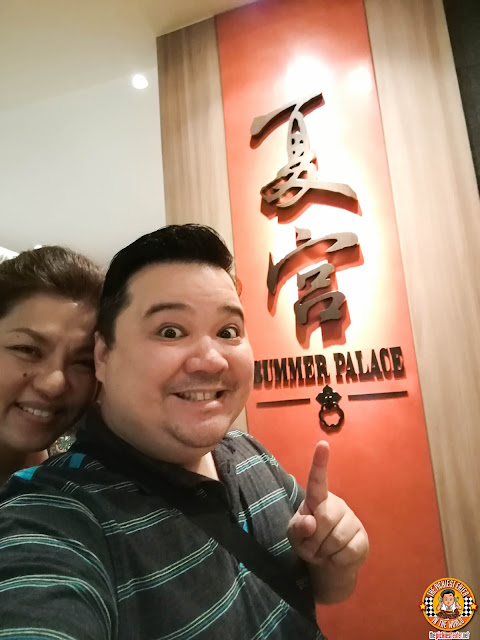 Chinese Food is one of the things I rarely say no to. And as cliche as it sounds, Sweet and Sour Pork is one of my all time favorite dishes. And I discovered last year, that Summer Palace makes one of the best sweet and sour dishes in the land. Though they were undoubtedly in the upper echelon of Chinese restaurants in the Philippines, the look of the restaurant was admittedly rather dated, and was in dire need of sprucing up.

And the results were absolutely stunning. 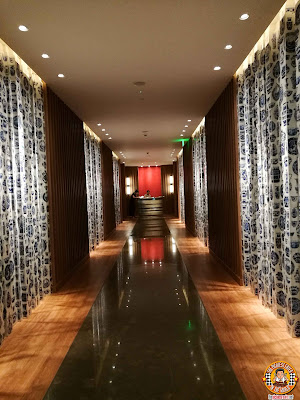 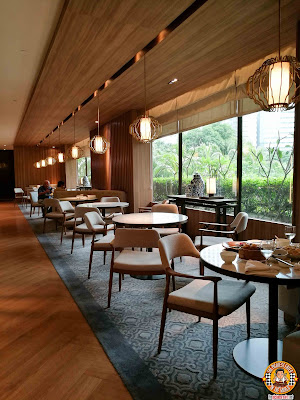 I was mesmerized with the new interiors, that helped usher Summer Palace in to the new era, but maintained the touches of the orient. 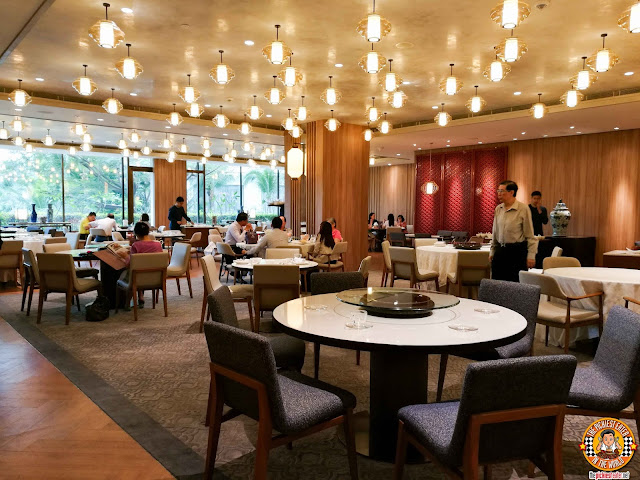 Perhaps the most obvious thing you'll notice is that they removed the Wooden "Nest" enclosure in the center of the dining area, opening up the place, and giving it the illusion of space. 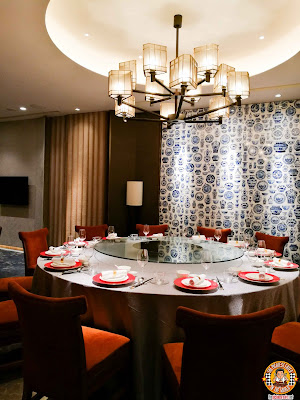 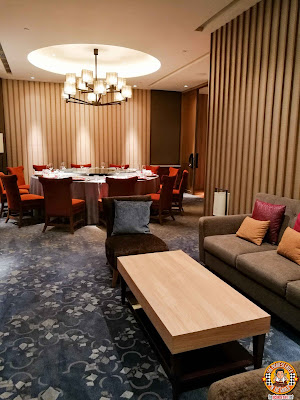 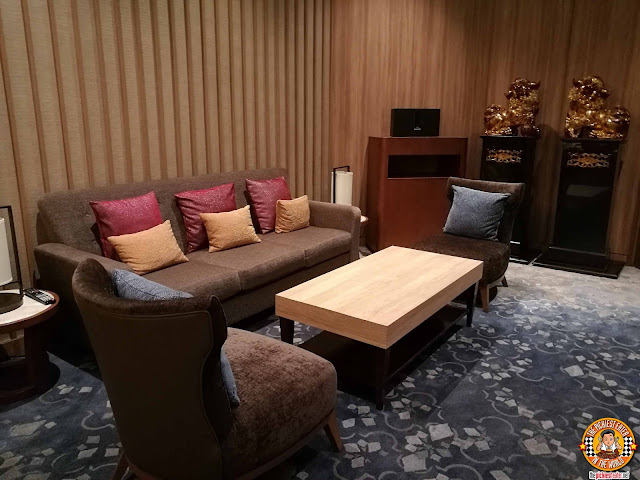 The new dining layout includes several private dining rooms, which is set up almost like a living room (with a flat screen tv to boot!), giving its guests the feeling of  being right at home!

The new Summer Palace interiors are spectacular, however, the changes made in the restaurant were merely in the decors. Executive Chinese Chef Tony Sum, the man who puts the SUM in SUMmer Palace (Please forgive me for that), developed some new dishes to go with the grand re-opening of his iconic restaurant. 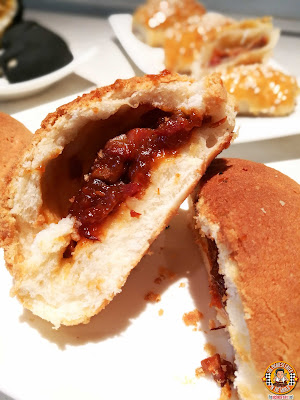 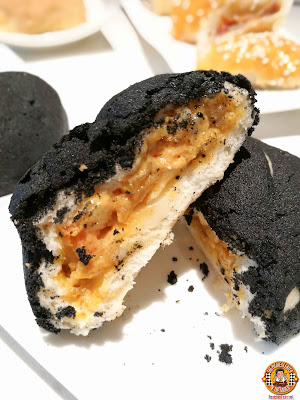 The meal started off with Summer Palace's baked buns. I've tried the Pork Barbecue Buns during my previous visit just before they closed, but this was the first time for me to see their Baked Seafood Buns, that was very popular with my friends. I stuck with the pork hehe.. 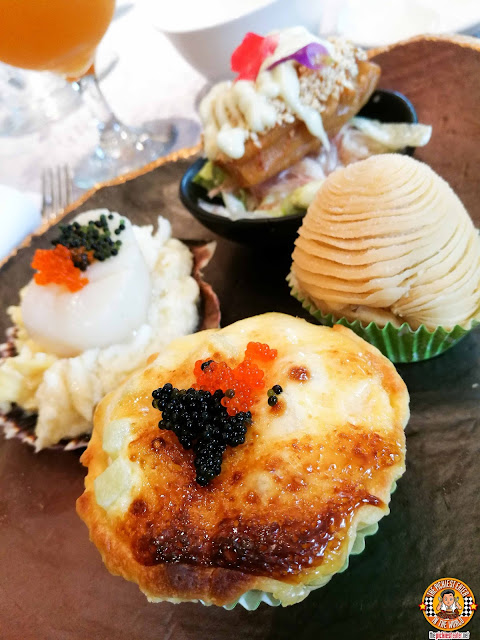 Next, our hosts brought out a medley of their new appetizers for us to try. most were Seafood, so I was expecting to once again skip it, however I have to admit, it smelled so appetizing an looked like something I would eat, so I couldn't resist trying it.. And boy, was I glad I did!

First was the Sauteed Fresh-Peeled Crab Meat and Scallops with Egg. I'm not a big fan of scallops or crab, but the Omelette was easily among the best i've ever had. It was light, fluffy and creamy, which helped me forget my pickiness for a second. The other items that tickled my fancy were  the Stuffed Crispy Dough with Minced Seafood and Pomelo in Wasabi Sauce, The Special Thousand Layer Radish Rolls, and Oven-Baked Shrimps and Egg Tart in Wasabi Sauce.

I'm a huge fan of baked goods, and this was near perfection. What would have made it perfect? Umm.. Meat. hehehe.. 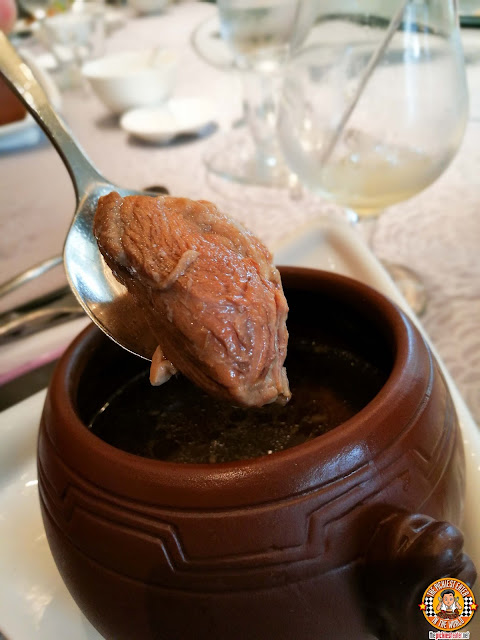 For our soup, we were given a small ceramic bowl of Summer Palace's Double Boiled Nourishing Herb Maca, with US Kurobota Pork. The thin broth had the fragrance of the Maca root swirled into it, giving a who new personality to the tenderness of the meat.

It was quite good, but not something I would order again. 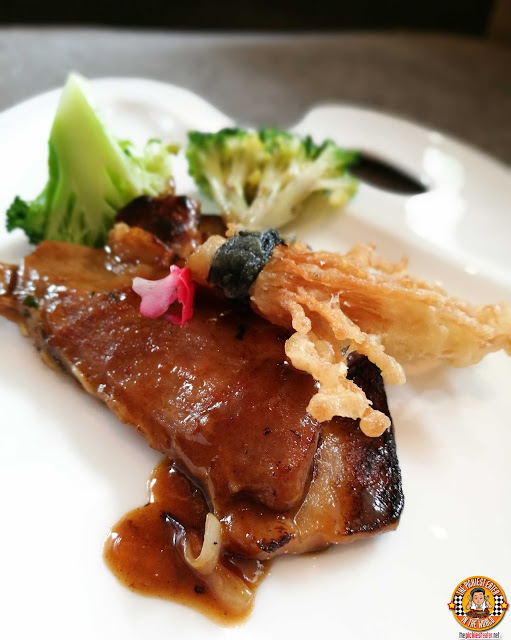 The other Kurobota Pork dish on the menu, the US Kurobuta Pork in Mamak Sauce was mind blowingly DELICIOUS. The mouthwatering slice of pork was bathed in a luscious Mamak sauce that offer gentle notes of sweetness that complimented the meatiness of the Kurobuta Pork. The  meat was topped with deep fried Enoki mushrooms that gave the dish another dimension of texture.

No joke, you guys have got to try this. 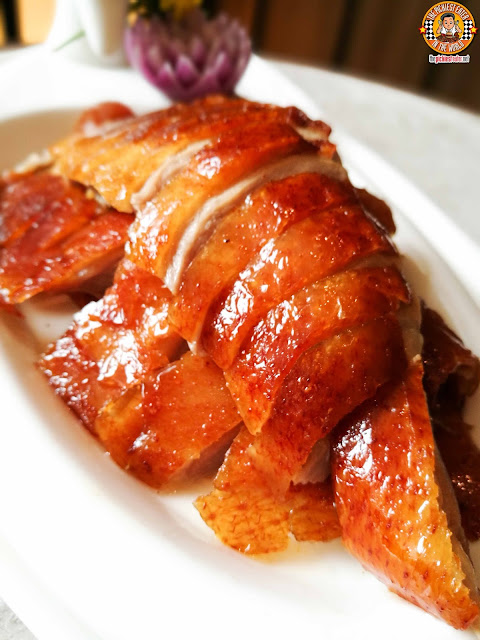 The Roasted Peking Duck with Pancake of Summer Palace is one of those "One Dish To Try Before You Die" type of entrees. It's THAT amazing. Even by just looking at the golden skin glistening in the sunlight is enough to get your tummy rumbling. The meat is cooked magnificently, ensuring that the natural juices of the duck is intact, giving you scrumptious mouthful with every bite you take. 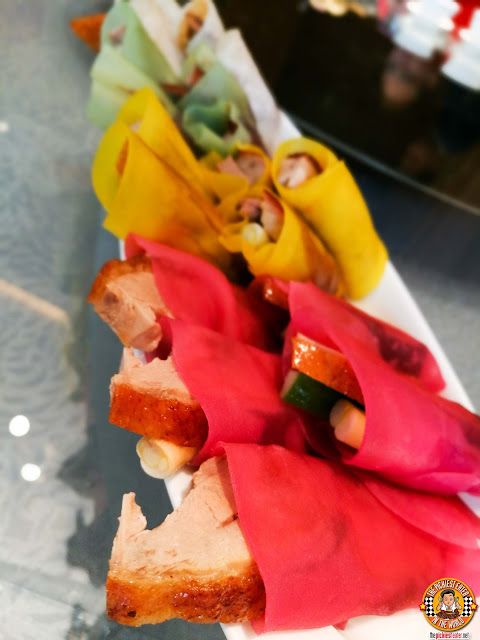 With Summer Palace being Summer Palace, they decided to go the extra mile when it comes to their pancake wrappers, so they created a medley of unique flavors for it, such as Beets, Pumpkin and Spinach, which all offers it's own distinct spin on the Chinese Classic dish. 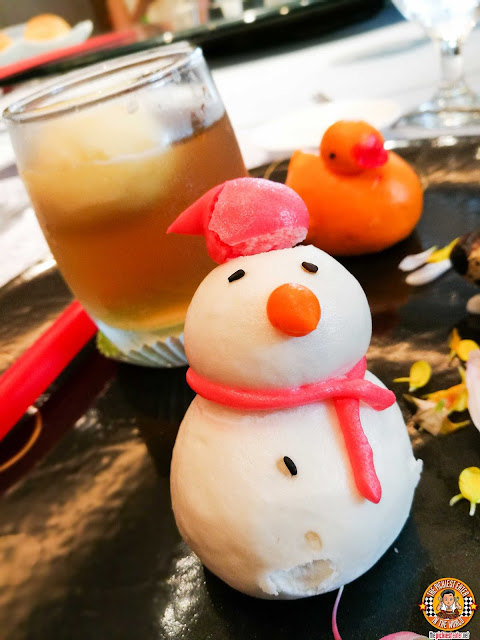 For Dessert, the Chefs at Summer Palace creative dishes that were imaginative and pleasing to the palate at the same time. The Snowman and Baby Duck Bun filled with Egg Custard were absolutely adorable, almost making me feel a little bit guilty for biting their yummy little heads off. Then I discovered how delicious they were, causing me to yell out, " I REGRET NOTHING" before biting into the Snowman's delectable torso.

The Chilled Lemongrass Jelly with Sherbet is also a refreshing way of cleansing your palate after your epic meal. 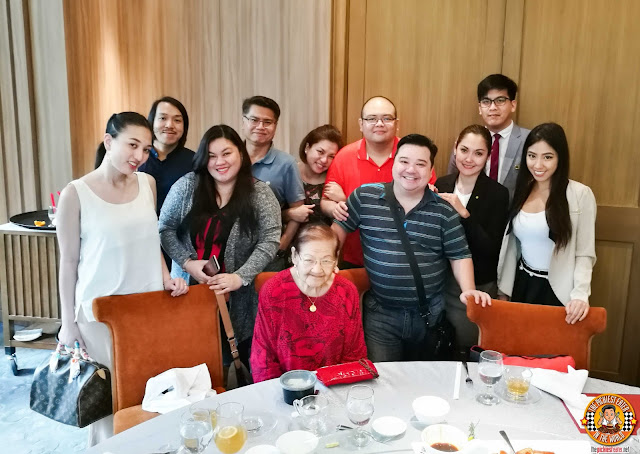 Though they technically never really left, Summer Palace's opulent new digs, coupled with its innovative new dishes, definitively reaffirms its position as one of the top Chinese restaurants in the country.

Thank you Cristina, Inah and Mark for the amazing lunch with the KTG!