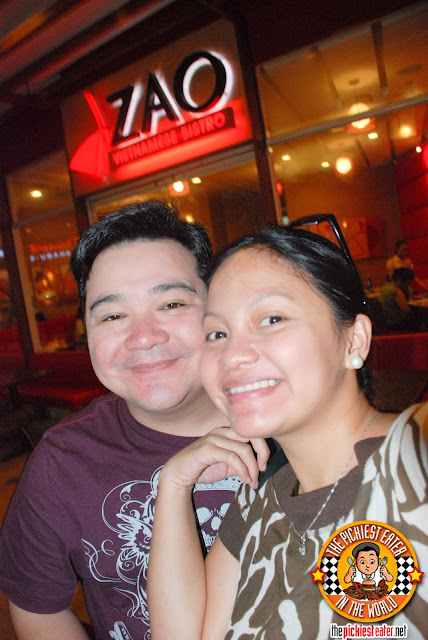 Maybe Zao had an unfair advantage with me, because I was armed with a half off voucher for their Barbecue Platter. I wasn't going to order the traditional Pho's or other trademark Vietnamese dishes. All they needed to do was blow me away with their BBQ.

Because bonehead me totally forgot to read the Groupon Philippines fine print, It admittedly took us awhile to go to Zao, because the voucher I purchased could only be availed on a weekday lunch or dinner (Much like Good Earth's promo). Restaurants who are planning on putting up deals with group buying sites, I strongly suggest you be open to making your deals available on weekends too (Just a thought).  Had I seen the fine print, there would have been a great chance that I wouldn't have purchased the deal. I would have regretted it, I know, but I probably wouldn't have made the purchase out of the inconvenience of it. In fact, had June 20 not have been declared a holiday, there was a possibility that i wouldn't have been able to use the voucher at all! 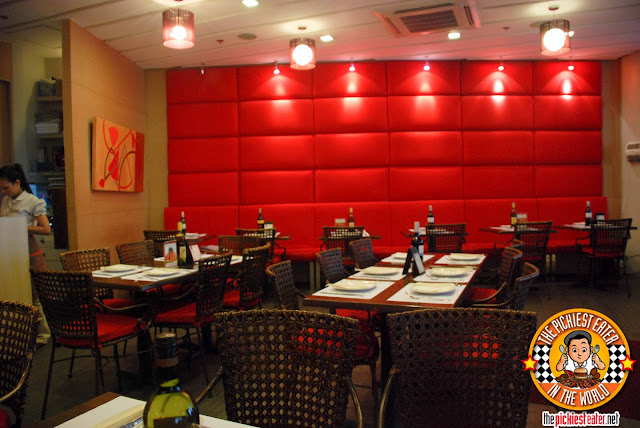 The beauty of being the first customers..

The place is small and cozy, exactly what you'd expect from a bistro. Nothing from the modern design screams "Vietnamese Food". The interiors could probably fit with any cuisine. Which worked fine for me because I'm not into all that.

One thing that stood out instantly for me, was their service. Their lovely waitress, her name was "Chelle" if I recall correctly, was a pleasure to work with. After presenting her the voucher, we mulled over what else we would order. I considered the "Satay Platter" as an appetizer. Chelle was quick to give her two cents, and said, "Sir, Since you've already ordered the BBQ Platter, you might find it redundant if you order the Satay Platter", which actually made sense. I appreciated her candor, because I don't think there would be very many waitresses that would give that kind of input. To them, they could care less.. a sale is a sale. But with Chelle, I got the feeling that she actually wanted us to enjoy our "Zao" experience,  and throughout the rest of our day, she was very attentive and efficient. So kudos to Zao for that. 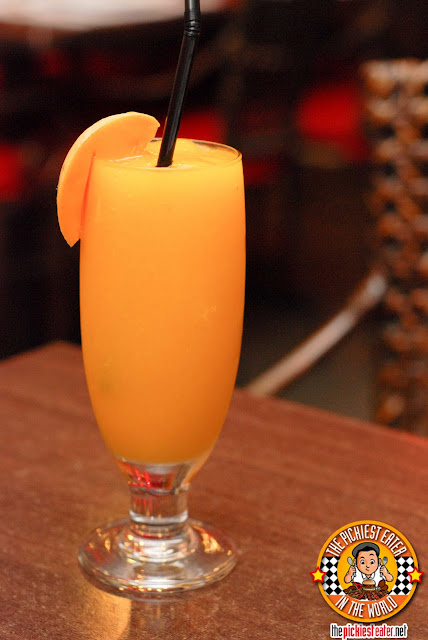 Though it was a rather stormy morning, Rina was craving for an ice cold Mango Shake. Pretty much your standard, refreshing Mango shake that you could get anywhere. *yawn* 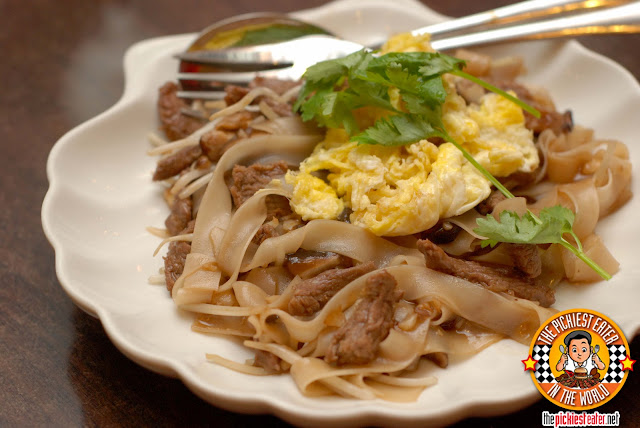 If Pad Thai and Beef Hofan had sex, this would be the end result

Instead of getting some sort of mixed fried rice, like what we usually do, Rina and I decided to stick to their plain Jasmine Rice (P35) and order their Beef Noodle (P235) instead. It honestly looked a bit anemic to me, but I had to remind myself this was new territory for me. It wasn't the Ho Fan or Pad Thai dishes I was so used to, so I shouldn't base my judgement on how the noodles looked. Which was good, because It was actually pretty darn good. I loved the generous amount of beef strips that were mixed in the noodles that were seasoned just right and helped enhance the nutty taste of the noodles (Satay Sauce, i'm assuming). The scrambled egg was also a nice addition to the mix, and give a little break from the subtle sweetness of the noodles and savory taste of the beef. 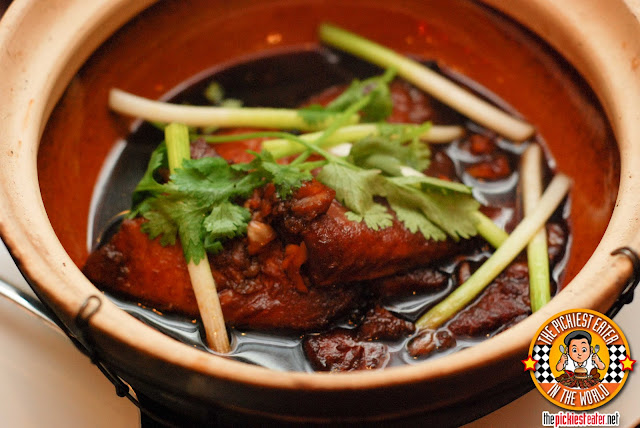 Letting the fish soak up the sauce for more flavor..

From then moment I studied their menu, I was immediately intrigued by the sound of Zao's "Catfish In Clay Pot" (P245) dish. Three juicy catfish fillets, bathed in a Caramelized garlic fish sauce should be enough to get anyone interested, right? At first bite, I found the piece of fish a little bit on the bland side, but as I continued eating, it became clearer that they steered clear of over-seasoning the fish because, the longer that the fish stayed in the clay pot, the more the it soaked up the garlic sauce. Once the fish is in you mouth, your tongue is going to have a hard time distinguishing it from the rice, based on texture alone.. it's just that soft that it practically melts in your mouth. I thought the caramelized garlic sauce was rather delicious, and found myself mixing it into my rice, and eventually, my Barbecue. However, if you're not into sweet sauces in your food, then this might not be your thing. 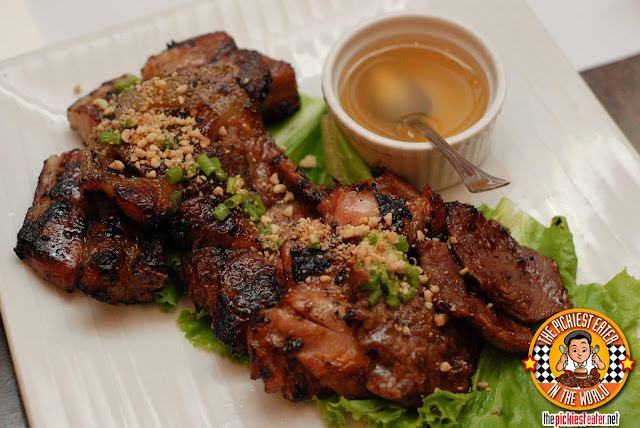 What a sight to behold

Some people take pride in being connoisseurs of Art and wine, or the other finer things in life.. Me? I like to think of myself as a BBQ Connoisseur. If I didn't stop myself, every post I have would probably have a BBQ dish if it was in the restaurant's menu (Which is why I bought the voucher for the BBQ platter even without reading the fine print). Zao's BBQ Platter (P495) consists of four items from their BBQ lineup: BBQ Pork Spare Ribs, BBQ Pork Chop, BBQ Chicken, and Grilled Honey Tenderloin.

I first tried the Grilled Honey Tenderloin, and thought it was excellent. It was remarkably tender for a grilled beef dish, and had that tinge of sweetness that I look for in my BBQ. It's a shame they only gave us three slices. The BBQ chicken was represented by two perfectly grilled thigh fillets, that was basted in their lightly sweet BBQ sauce. My only comment for the chicken was, I would have liked a bit more skin on the meat. But other than that, Its difficult to find fault in it.

The sauce was a mixture between sweet and salty.. I couldn't make out exactly what it was, but it was definitely vinegar based. It went well with the BBQ, but as i mentioned earlier, I mixed it in with the Garlic sauce of the catfish, so I was good to go. 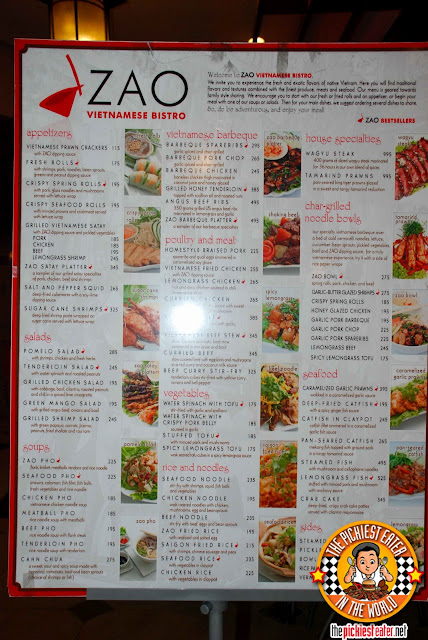 Posted by The Pickiest Eater at 11:37 AM