SUPER BOWL OF CHINA'S P1 WEEKDAY DEALS & THE YANGCHOW CLASH OF THE TITANS! 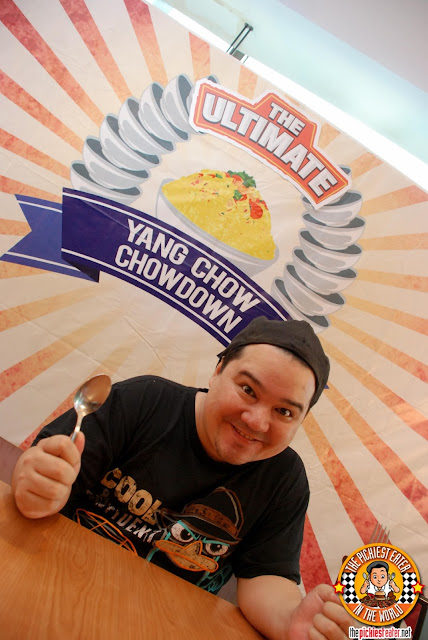 The lights and the cameras were ready.  With five tables and what seemed like an infinite amount of bowls filled with delicious Yang Chow, the stage was set. And we had the best seat in the house. Though I was merely just a spectator, my heart was racing..  I felt like I was watching a live episode of my favorite show, Man Vs. Food.

Where was I, you ask? At the Yang Chow Chowdown: The Ultimate of Super Bowl of China event! 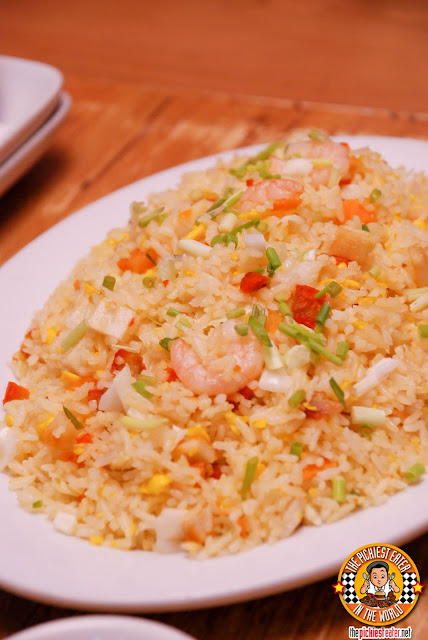 This was an event in tandem with Super Bowl of China’s Unli Yang Chow promo (Only P50 for unlimited Yang Chow Fried Rice). But sadly, the promo had come to an end. So to end on a high note, five contestants from different Super Bowl of China branches (diners with the most number of bowls eaten based on the Yang Chow leaderboard) were all invited and gathered together at the Glorietta 4 Branch for the final Chowdown. And these 5 contestants will be fighting for the ultimate prize: A Super Bowl Party Package good for 30 persons worth P10,200! 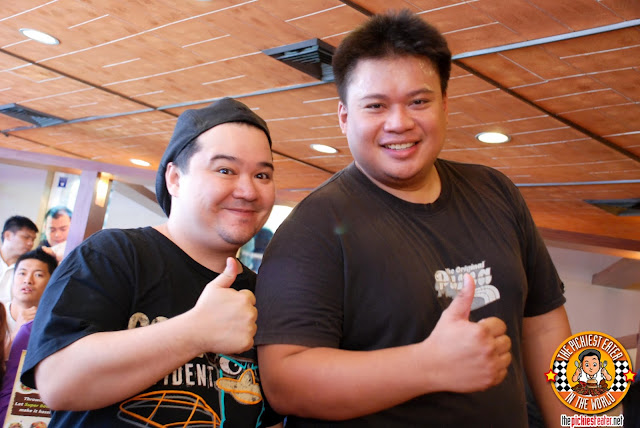 Since we arrived quite early, I had the pleasure of meeting the Yang Chow man, the returning champion of the first Yang Chow contest, Mr, Ryan Tañada! 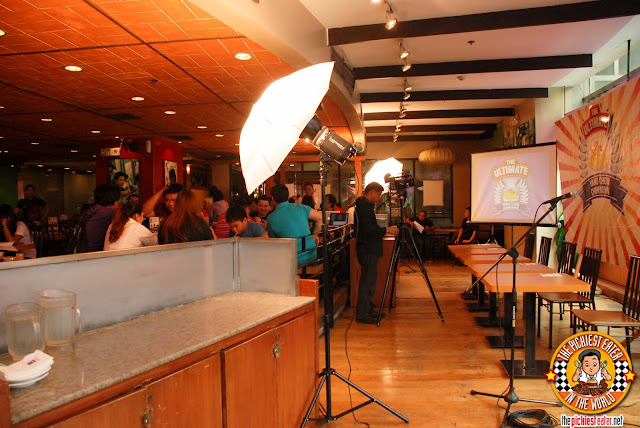 Pretty soon the place was packed. And the tension was building up! Then it was time to meet the contestants! 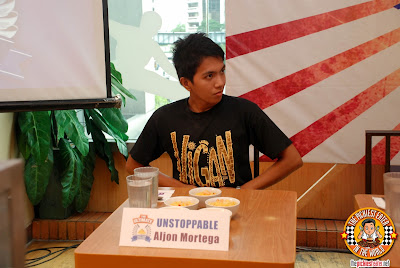 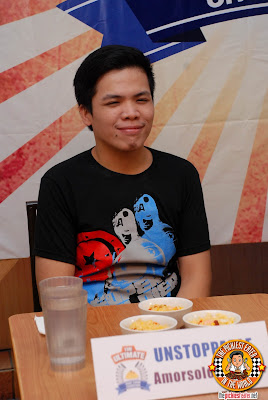 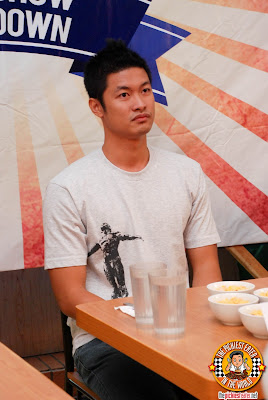 Umm.. Ok. Hold the phone. How on Earth was this possible? I weigh around twice as much as these guys, and I think the most bowls I could eat would be around four. These guys downed at least eight! 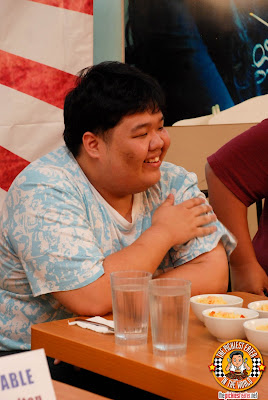 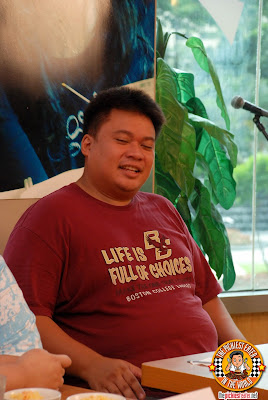 And again, Ryan Tañada
Now THIS was more like it. This is what I imagined yang chow eating champions would look like.

Collectively, these guys have devoured bowls of the yummy Yang Chow from other Super Bowl of China branches. Be afraid! Be very afraid! 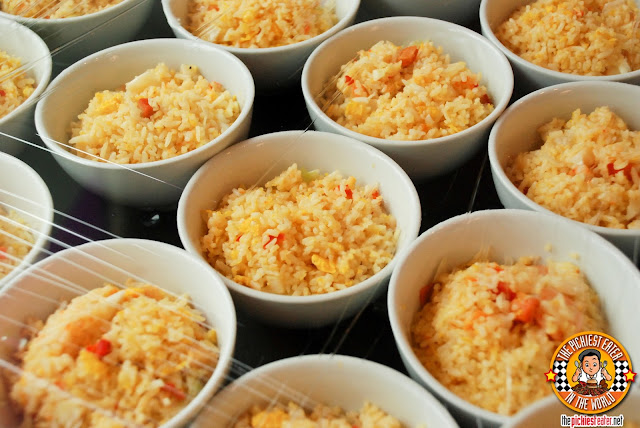 More bowls on stand by! 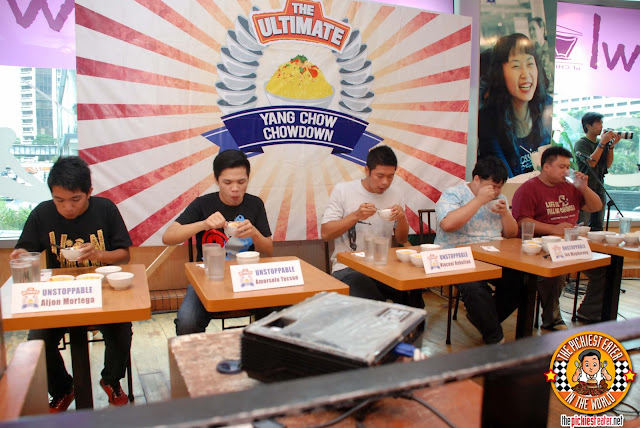 The contestants were given 10 minutes to finish as much bowls as they could. With spoons on their hand, glasses of water on their table, and a medic on stand-by, the timer started and off they went! And the crowd goes wild!

After 10 minutes of chow down, the timer finally stops. Thank God nobody puked. The first three contestants got around 5 to 6 bowls. Returning champion Ryan Tañada finished 10 bowls. And Jan Magdaraog  finished a whopping 11 bowls in 10 minutes! 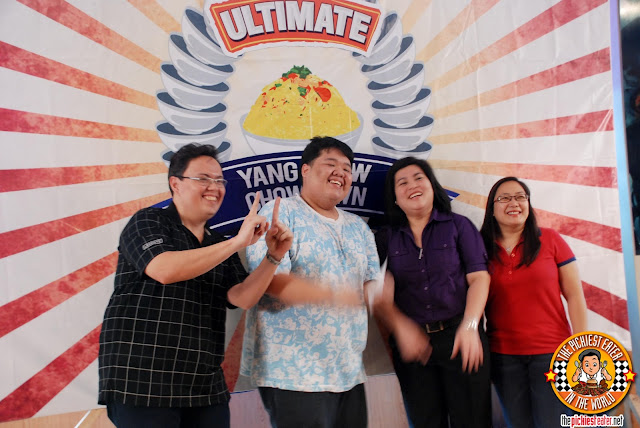 And that makes Mr. Jan Magdaraog our winner! Way to go! Good job everyone! And that officially ends the Yang Chow Chowdown! But as an epic promo ends, another epic one begins! Read on! This is so worth it!

Last July 16, Super Bowl of China started another amazing promotion! It’s the P1 Weekday Deals! Yep! From Mondays thru Fridays, You may now get Super Bowl of China’s regular portion dish for the low low price of 1 peso when you order any large main dish!

Here are the dishes you can avail per day at the price of P1: 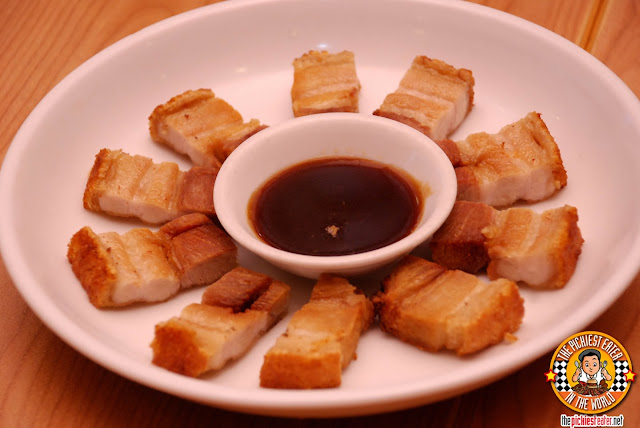 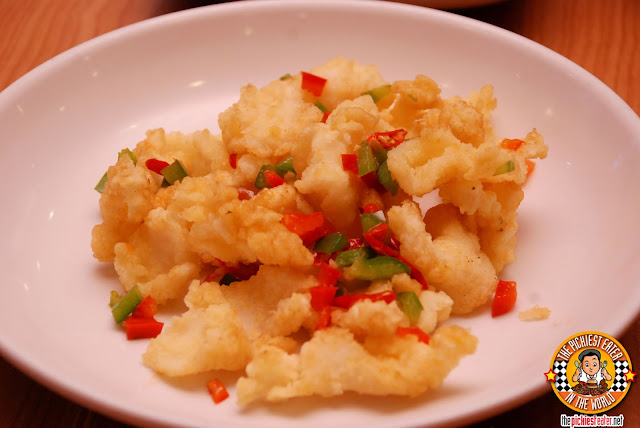 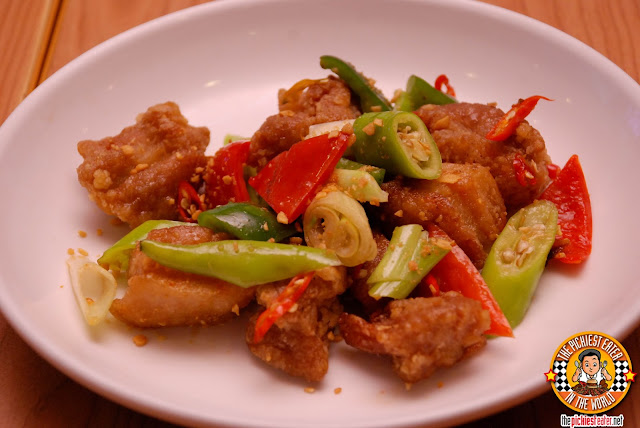 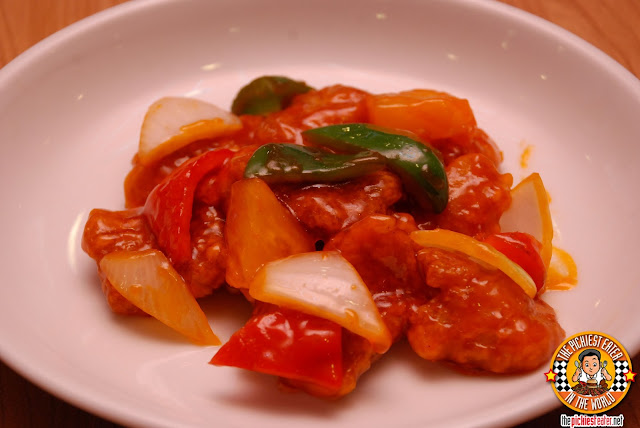 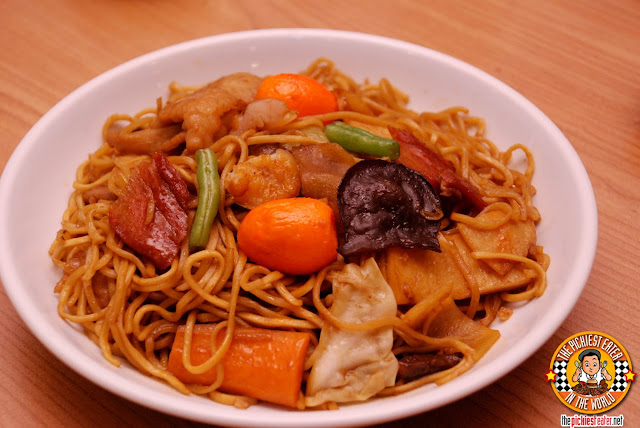 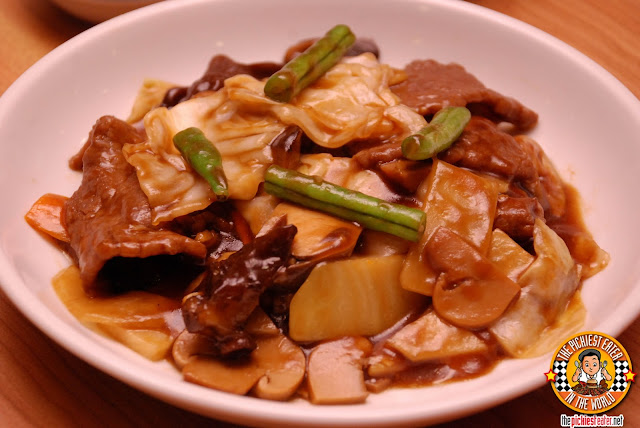 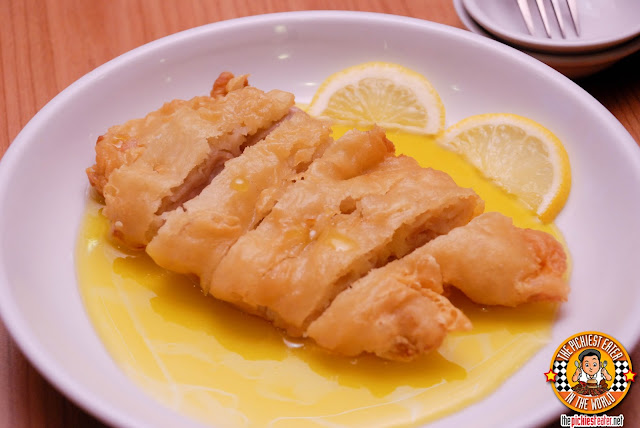 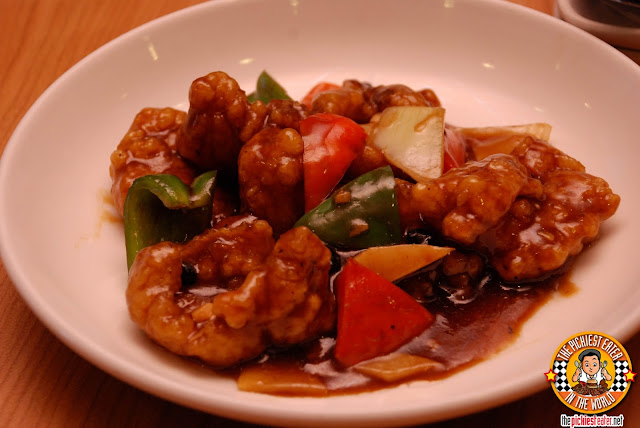 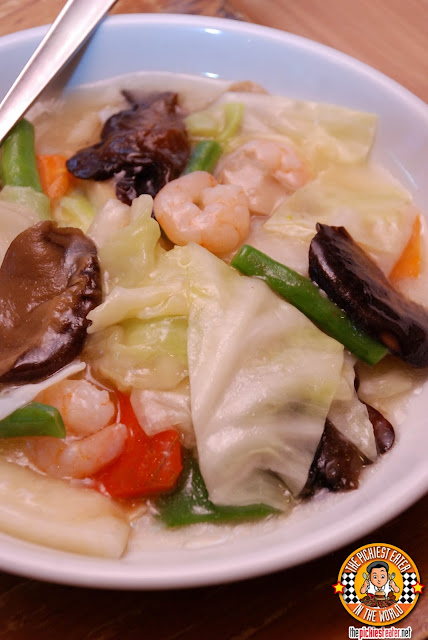 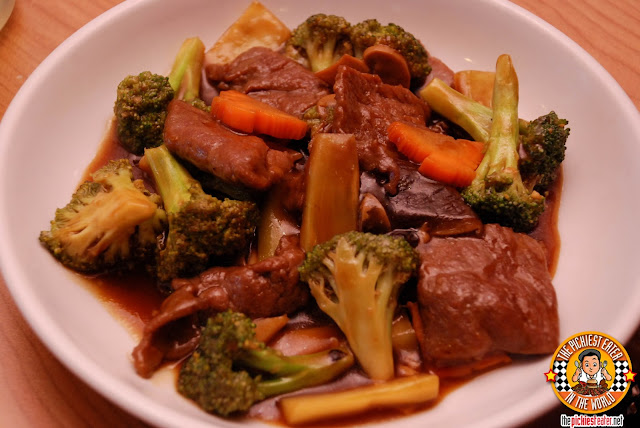 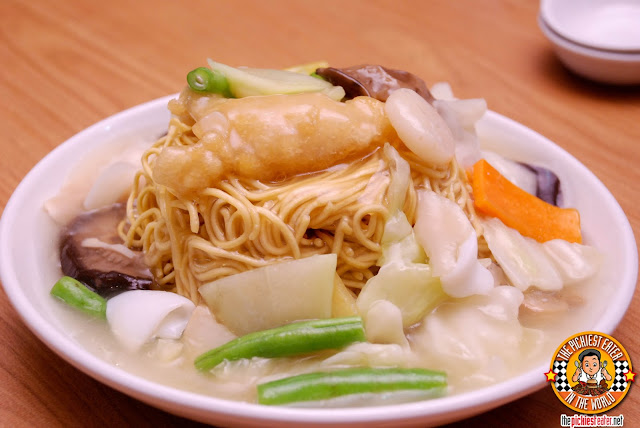 Promo is valid until September 30, 2013 so take advantage as early as now! Imagine you get a dish for 1 peso? That’s a huge deal! So don’t miss out on the savings on these authentic Chinese cuisine!