BEHOLD! THE CULINARY TREASURES OF SINGAPORE AT WEE NAM KEE 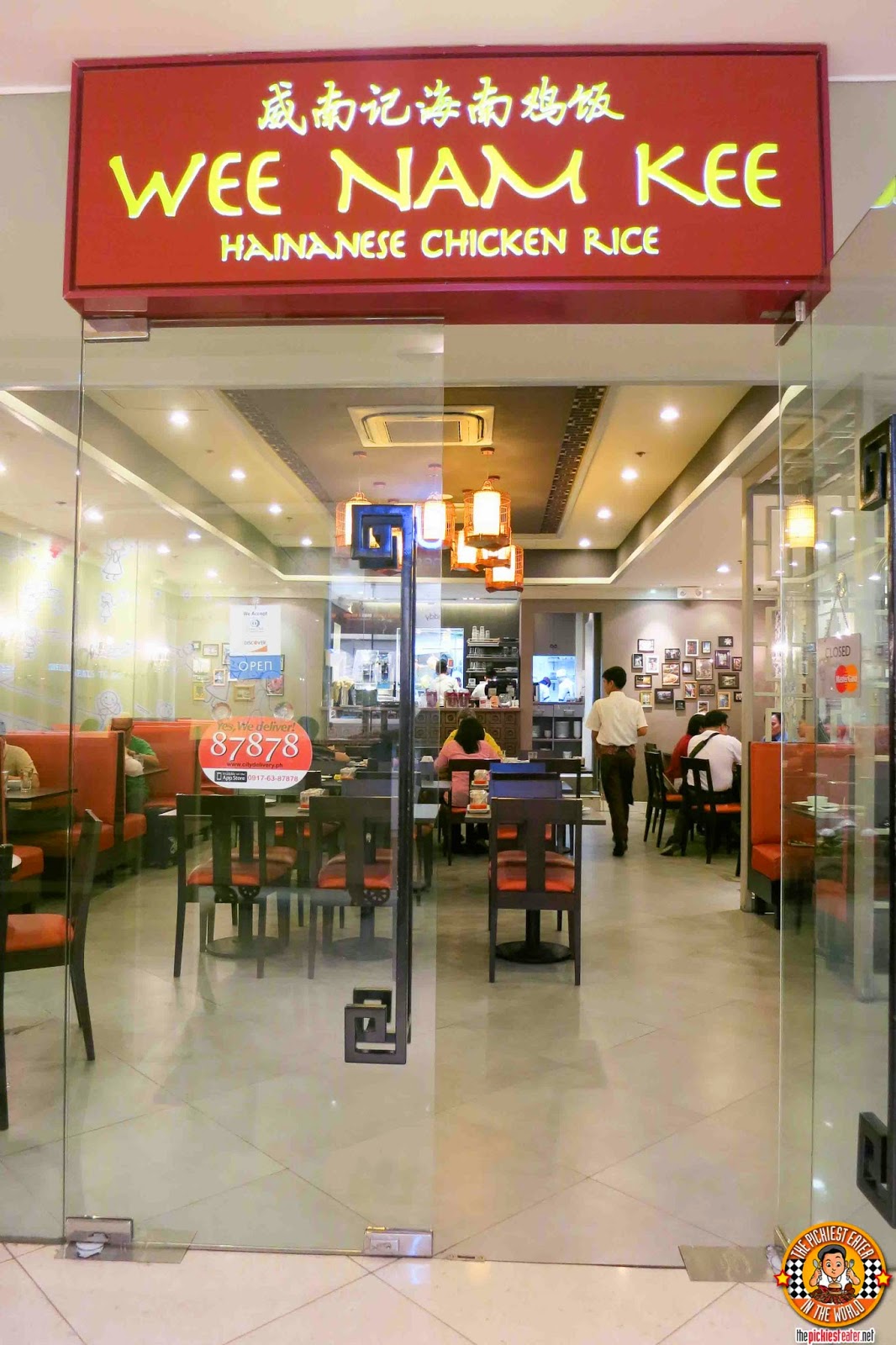 Admit it.. The very first thing you think of when you hear the words "Wee Nam Kee" is Hainanese Chicken, right? Well, I know I do. But can you blame me? Since opening their very first restaurant in Ayala Triangle a couple of years back, the name Wee Nam Kee has become the golden standard when it comes to the Singaporean Chicken classic.

I've been back to Wee Nam Kee a couple more times since my first post, and the star of our visit was always the Hainanese Chicken (for Rina, it was the chicken and their Cereal Prawns, which is also quite a popular entree), coupled with their awesome Chicken Rice.

I realized that, though I was so focused on their chicken every time would visit, the true test of a great restaurant isn't just by how well they execute their signature dish, but how they also manage to grab your attention with the other dishes on their menu.

I resolved that the next time I go to Wee Nam Kee, I would see how much I would enjoy a meal there, without ordering the Hainanese Chicken and rice.

Someone upstairs must have heard me, because my next visit ended up being to try Wee Nam Kee's items from their new Singapore Culinary Treasures menu!

Since my first visit to their branch at Ayala Triangle at the end of 2010, Wee Nam Kee has expanded to 7 more branches scattered all over strategic locations around the metro. 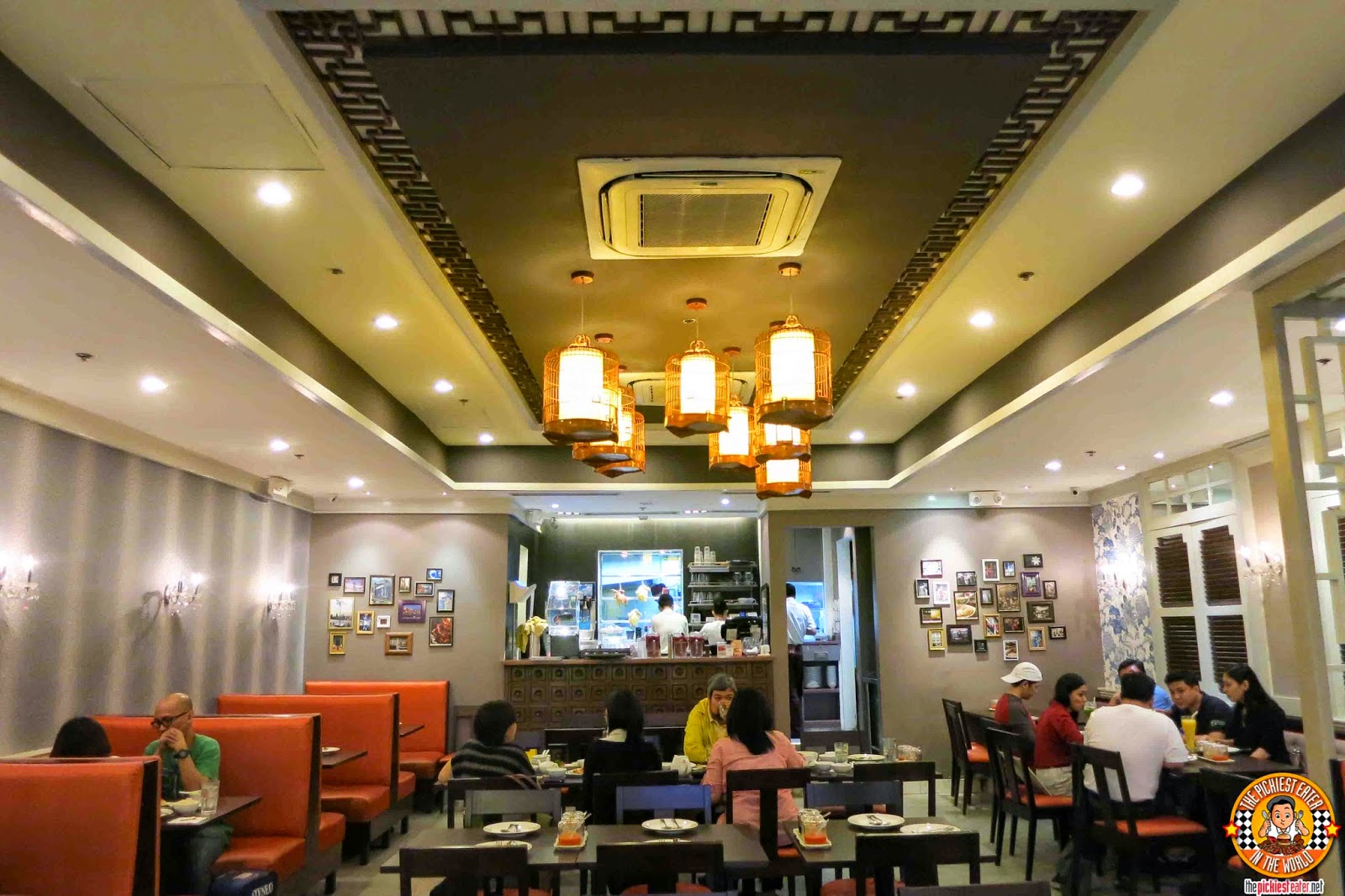 The Edsa Shangri-la branch is not as big as the Ayala Triangle one, however, it does invoke it's own charm. The interiors were simple, yet elegant, and had touches of the orient int he chandeliers and decors. Definitely a great place to enjoy a wonderful meal with your friends or family.
STARTERS 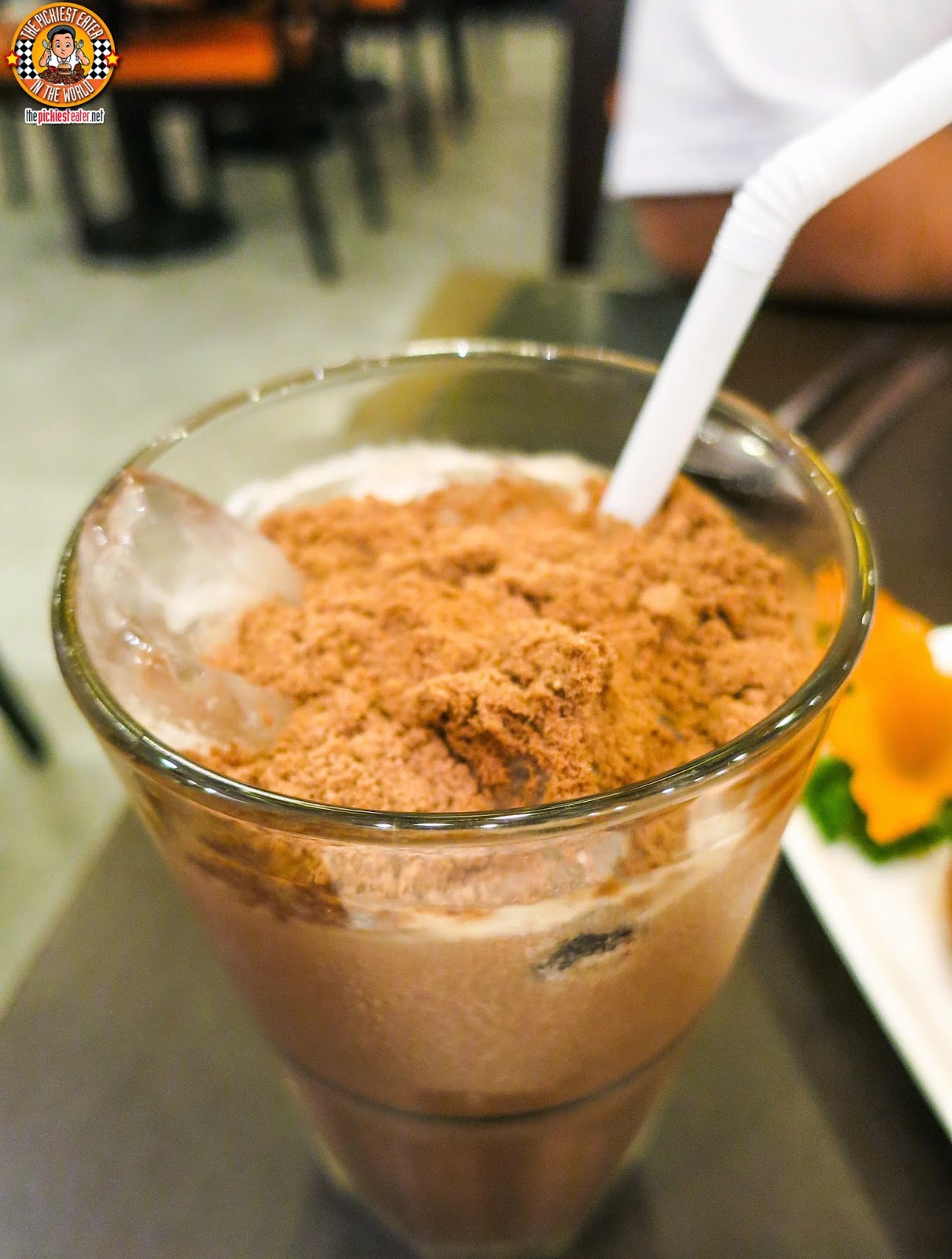 Rina, of course, started her meal with Wee Nam Kee's Milo Dinosaur. There is no way she could resist the comforting, chocolatey goodness of Milo, and Wee Nam Kee's version did not disappoint. 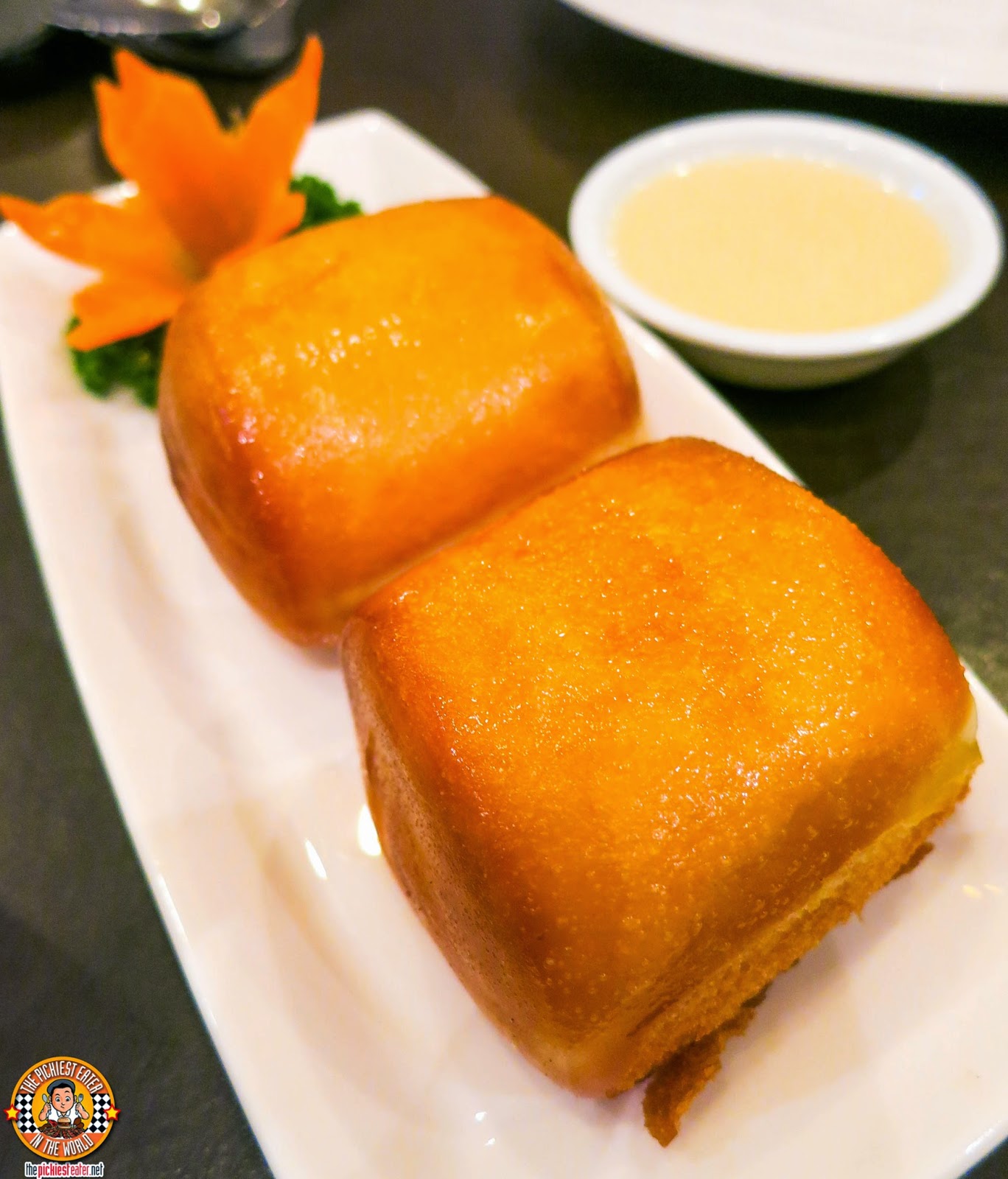 We began the meal with the Crispy Mantou Bread with Condensed Milk (P78). I cannot stress enough how much I loved these deep fried little buns from heaven. The beauty is in its simplicity.. A pillowy soft mantou tossed into the deep fryer, giving it a gorgeous crispy crust that is complimented perfectly by the simple condensed milk dip. 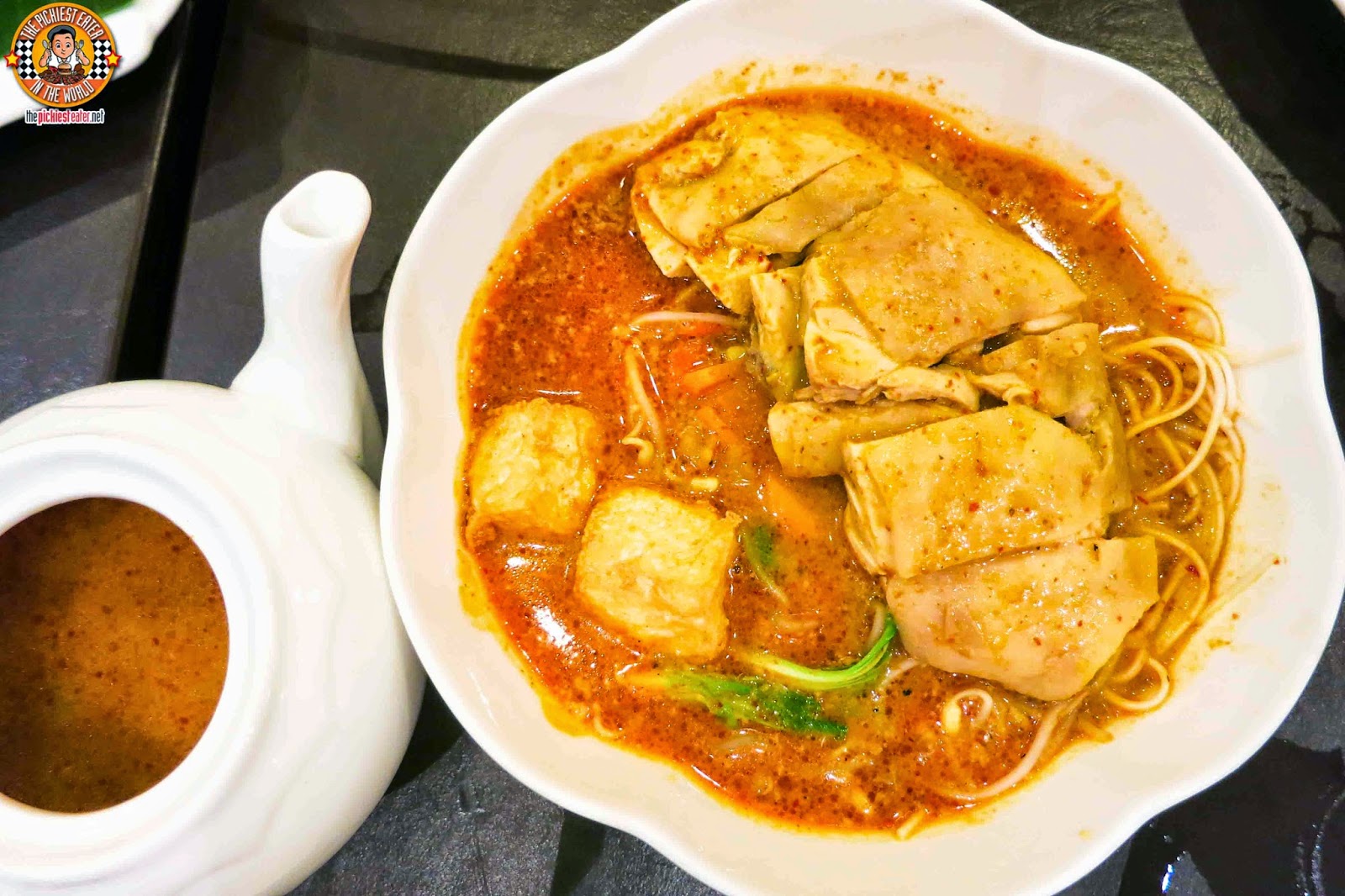 Once they placed the Hainanese Chicken Curry Noodles (P368), on the table, my immediate response was to skip it, because based on the color of the broth, it looked rather spicy. However, Rina's reaction of absolute bliss after taking in a spoonful of broth led me to believe that regardless of how it may look, I might regret it if I don't at least try it.

And I was right. This was truly amazing. It had a gentle but smooth sweetness, with a little hint of heat that matches perfectly with the juicy cuts of Hainanese Chicken that Wee Nam Kee has been known for. 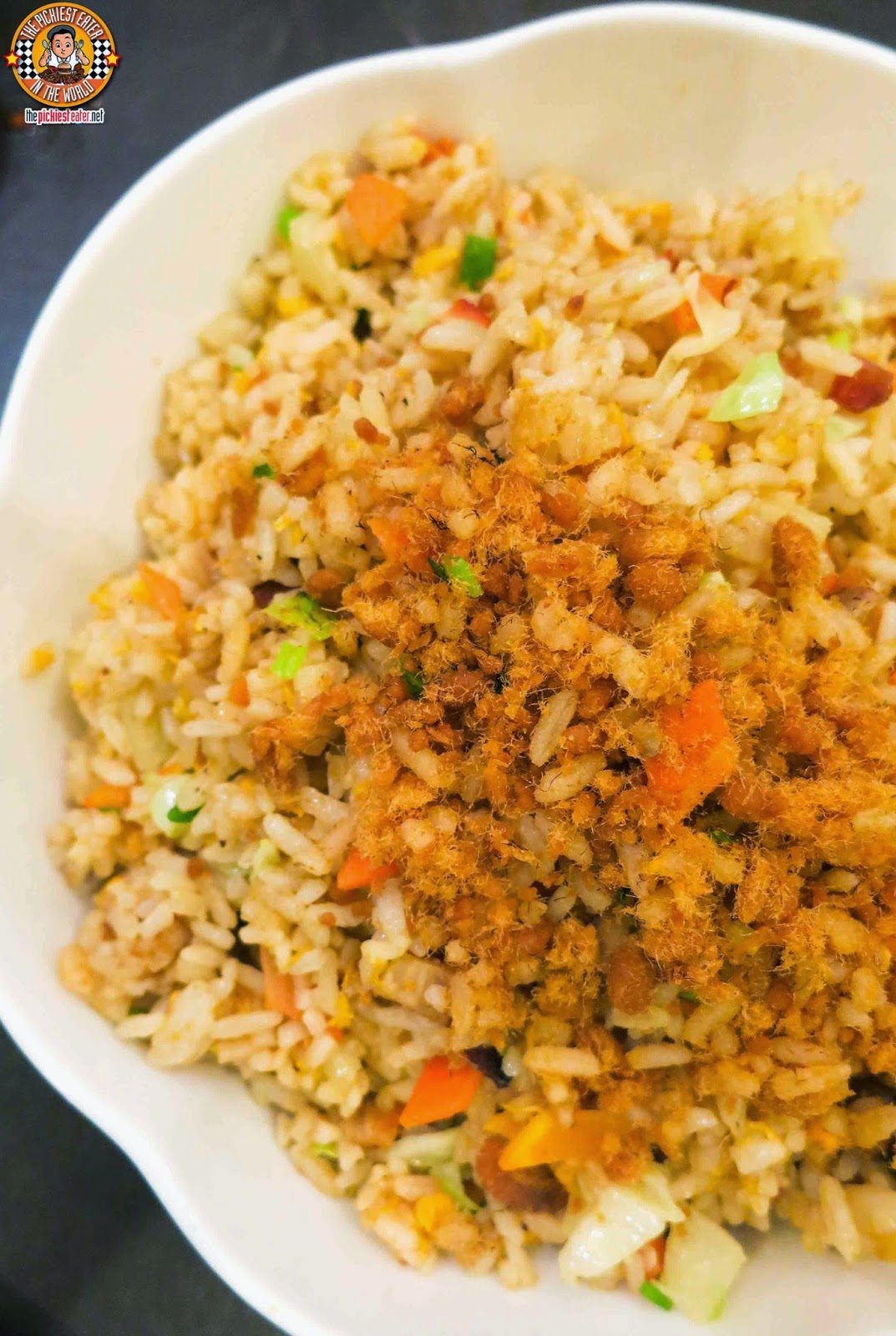 This dishes sound like they would go great with something like Yang Chow Fried Rice, right? Well, Wee Nam Kee takes fried rice to a whole new level with their new Pineapple Fried Rice with Pork Floss (P250). A mixture of pork and shrimp, is thrown into the fried rice with a bit of minced pineapple and, and topped with some tasty shredded pork floss. 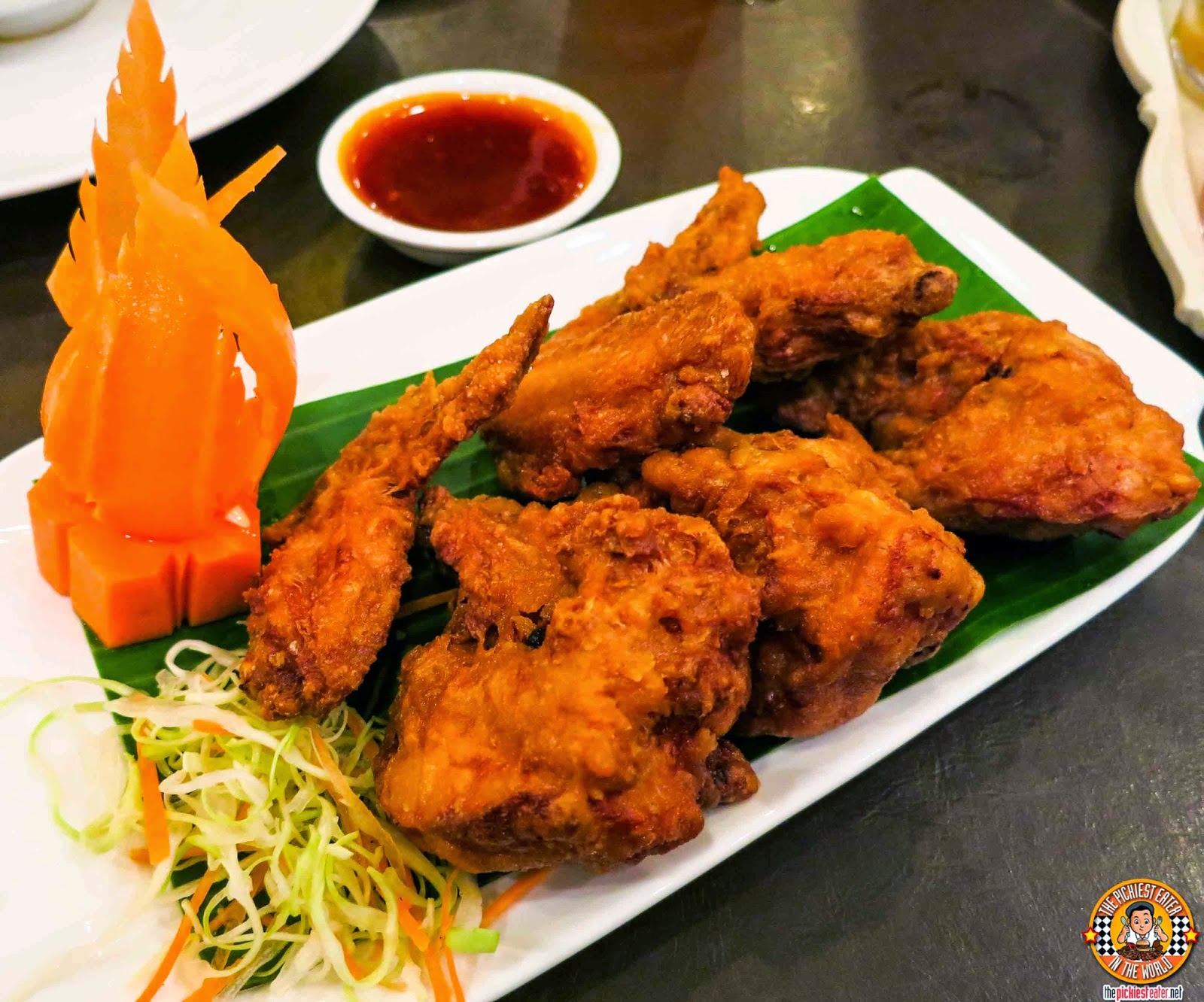 Again, I thought I wasn't going to enjoy the Prawn Paste Chicken Wings (P218), but boy was I wrong. I thought the natural flavor of the wings would be ruined by the presence of the Prawn Paste, but I was surprised to taste that it somehow enhanced it. The wings were fried to a light crisp, with the paste giving it subtle notes of saltiness that your taste buds will look for after your first bite. 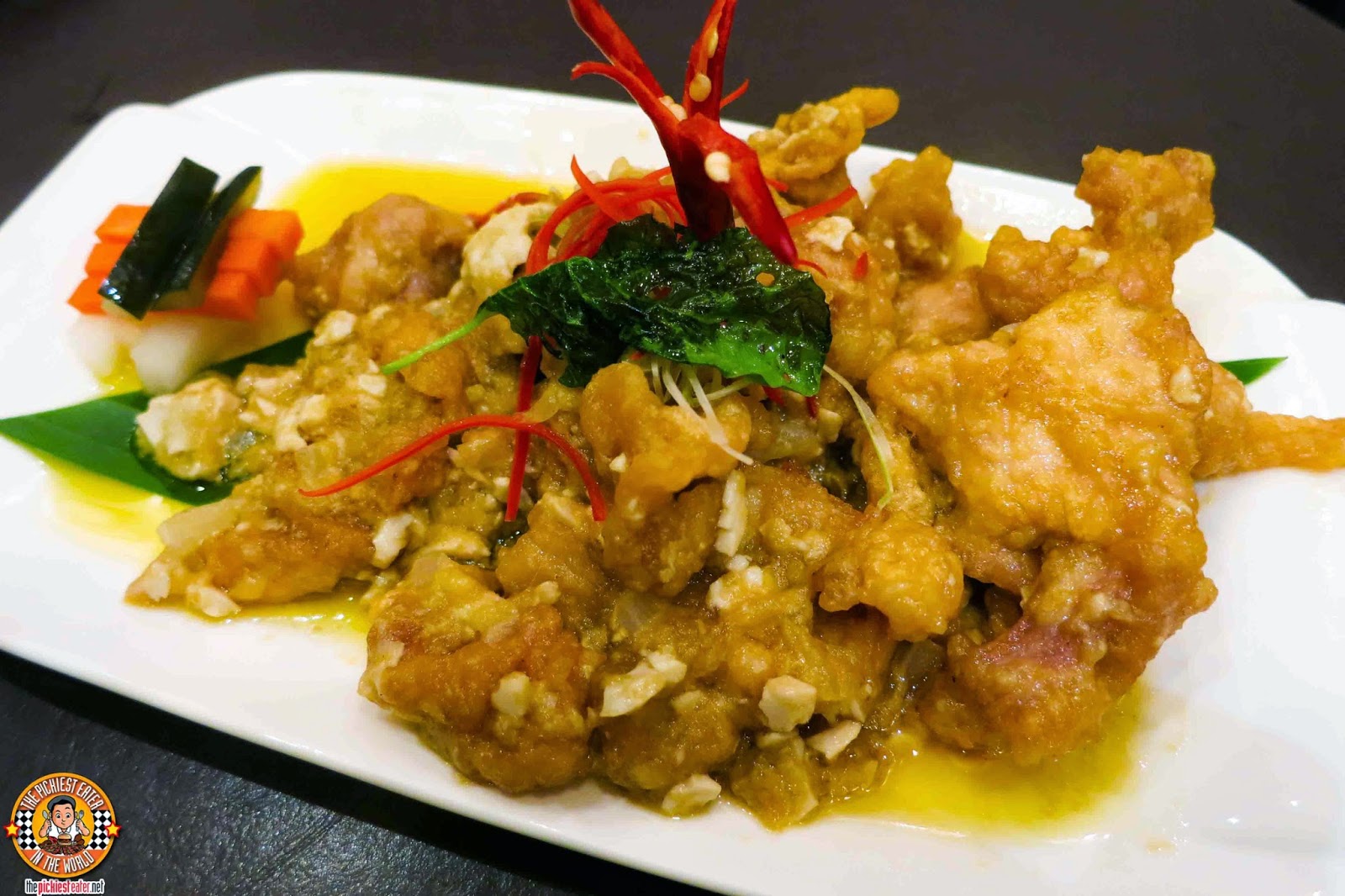 Continuing the trend of dishes that look like I wouldn't eat but I ended up loving, was the Salted Egg Chinese Style Fried Chicken (P295). I'm not usually a fan of Salted Eggs, but this had a distinct creaminess to go with the light saltiness that went with the crispy fried chicken cutlets. 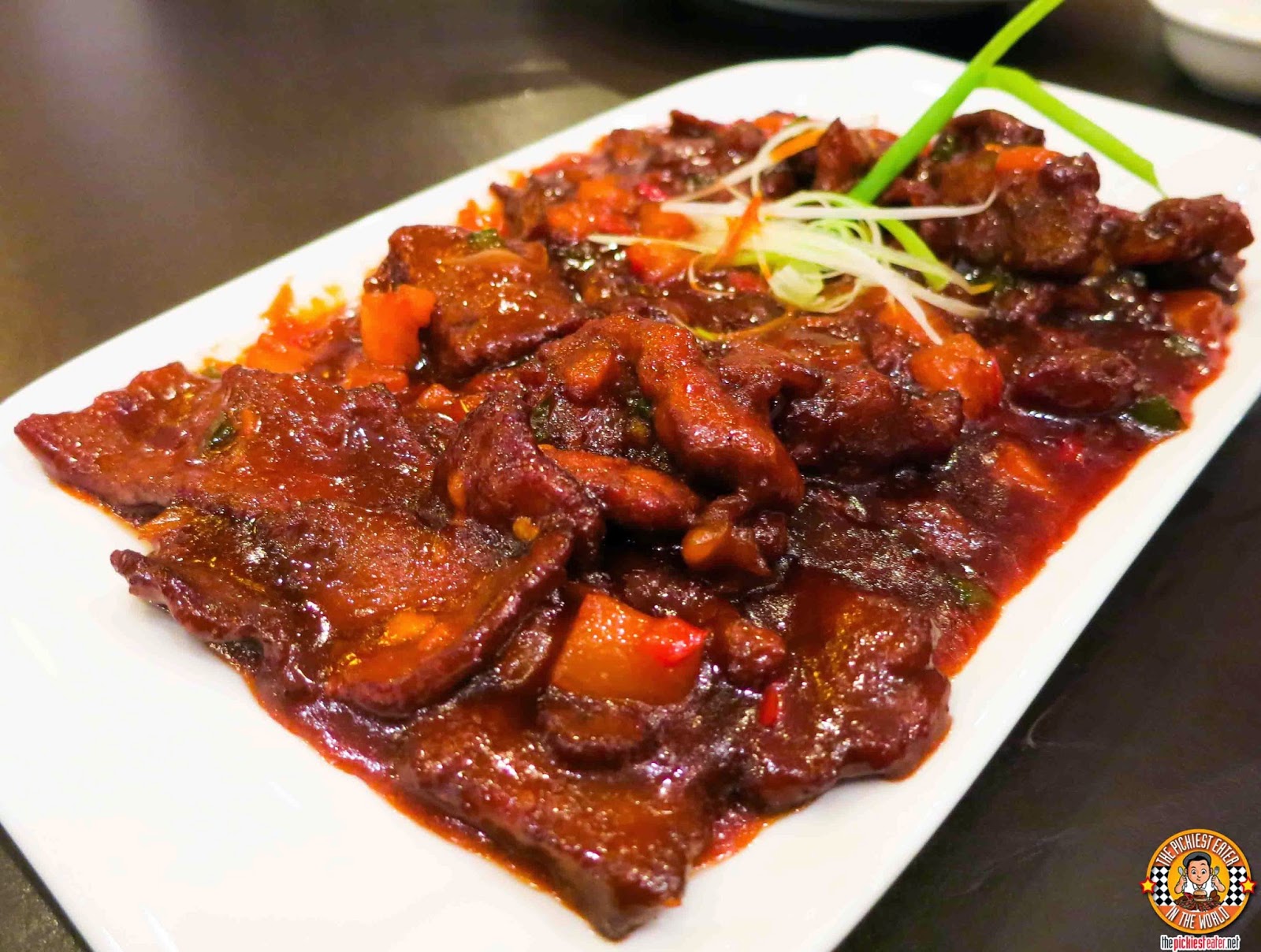 I really enjoyed Wee Nam Kee's Sauteed Beef Fillet with Sate Sauce. The tender sices of beef were bathed in a sate sauce that was just bursting with flavor. Definitely something you should order when you visit. 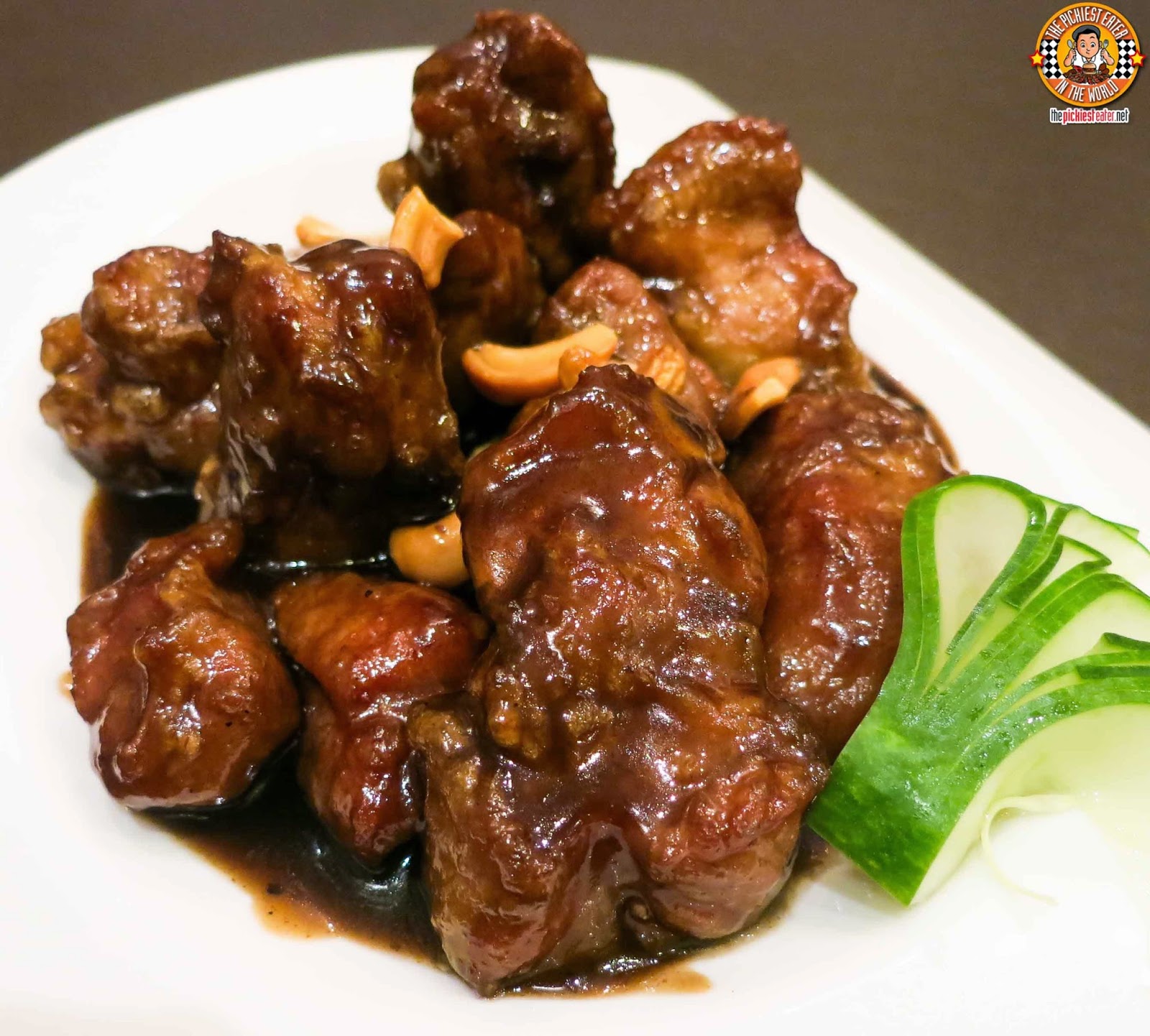 The Cashew Coffee Spareribs (P298) is a dish that I feel was made with me in mind. I don't drink coffee, but when it's infused in food, it usually strikes the right chords with me, and this dish affirmed that. The coffee sauce gives the meat a touch of fragrance and marries wonderfully with the savory pork ribs, while the cashews add a bit of a crunch in the end. 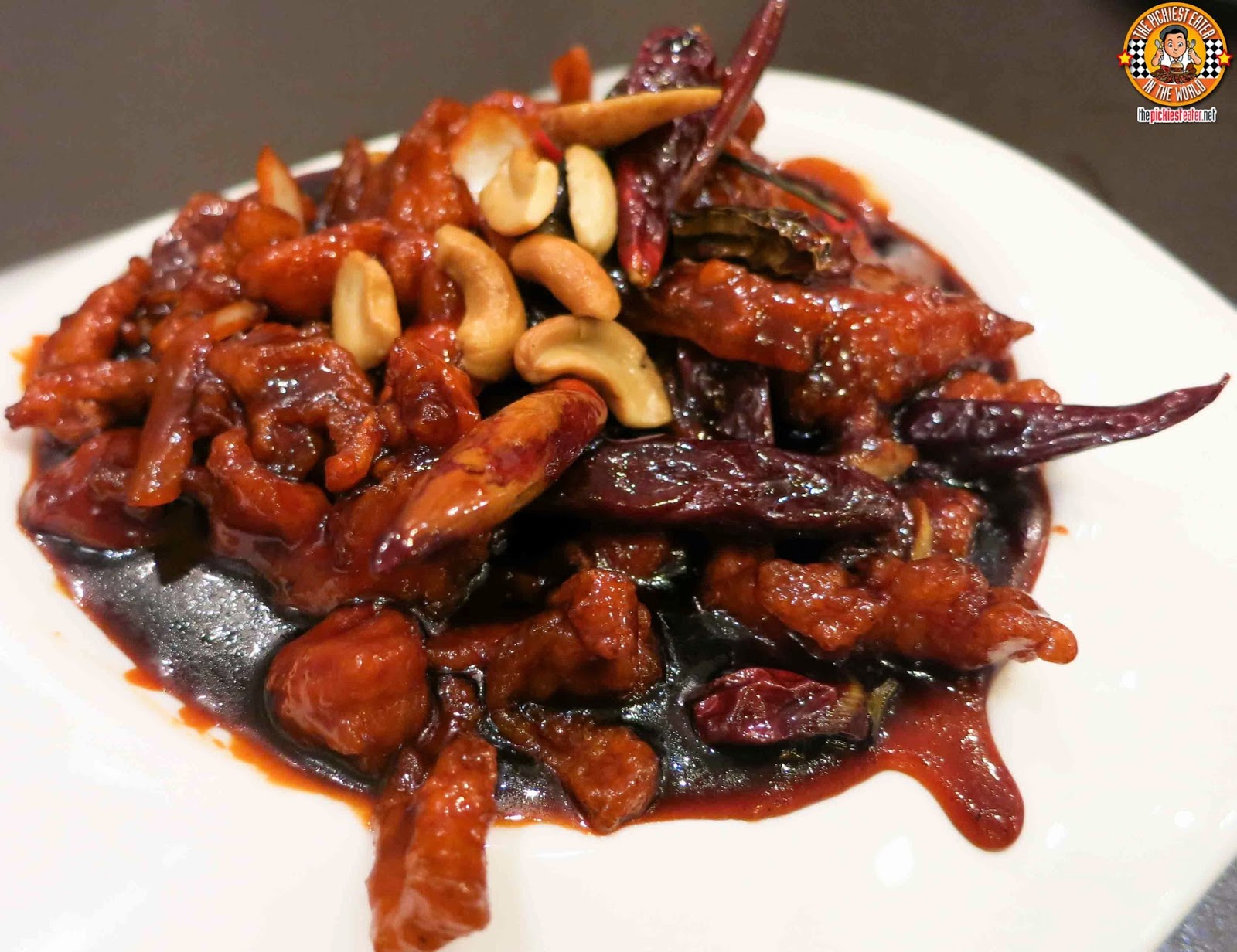 By this time, I knew I shouldn't judge the book by it's cover. Meaning despite it's fiery appearance, I must give the Wok Fried Chicken with Cashews and Sun-Dried Chili (P270) a chance. And I'm so glad I did.

Yes it had a punch of heat that scorched my taste buds, but it was one of those dishes that you simply could not resist taking more and more bites of. The chicken cutlets drowned in the thick, spicy sauce, when mixed with the sweetness of the Pineapple Fried rice, is a match made in heaven.

Word of advice? If can't stand the heat, (Get out of the kitchen), stay away from the whole sun dried chili's. It makes every mouthful more manageable. 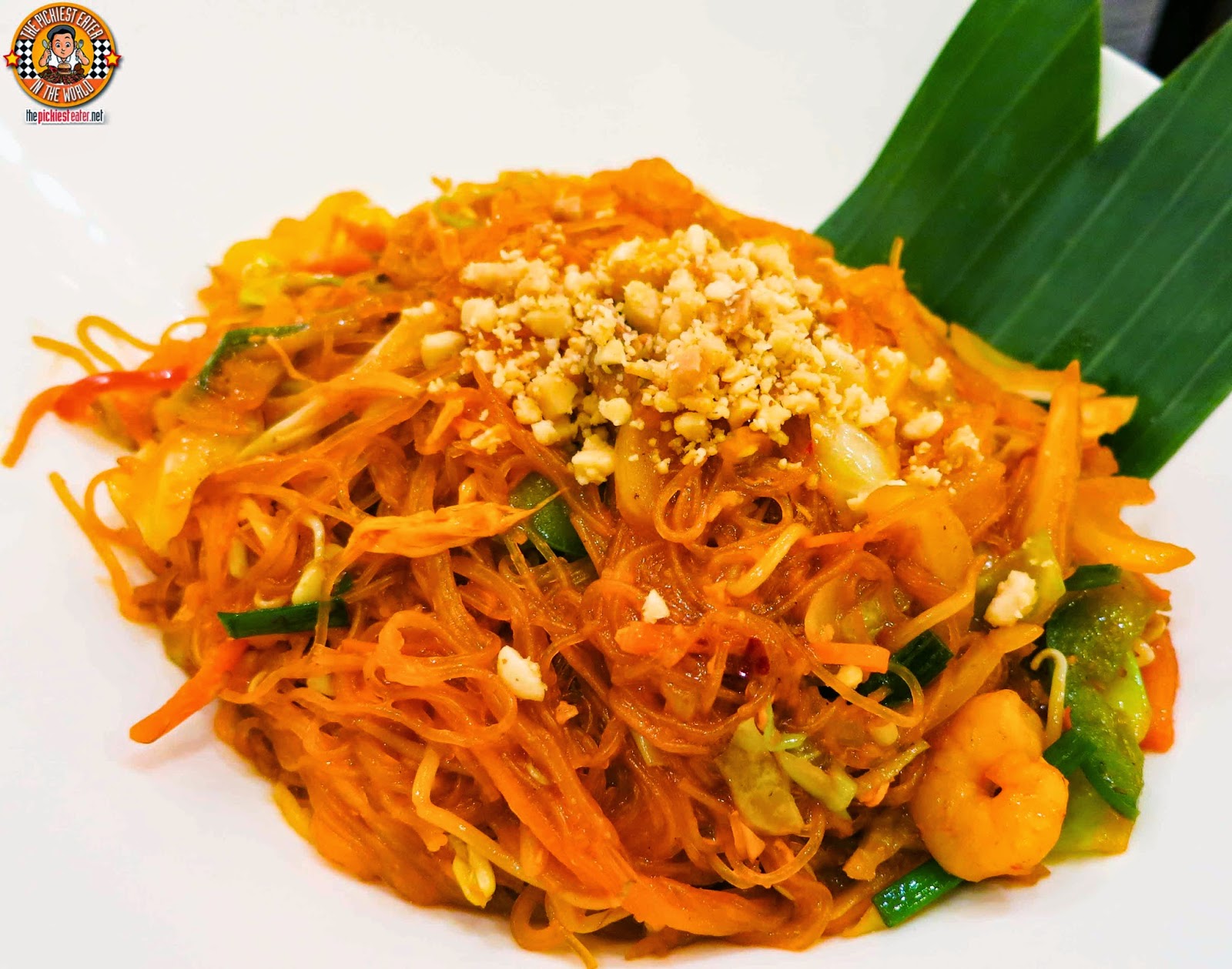 Yet another addition to their new menu is the popular Singapore Hawker Staple, the Spicy Sambal Noodles (P295). This is a menagerie of ingredients, including mixed seafood, meat, vegetables, stir fried into spicy glass noodles and Sambal sauce. The crumbled peanut topping punctuated the Singapore Hawker feel. 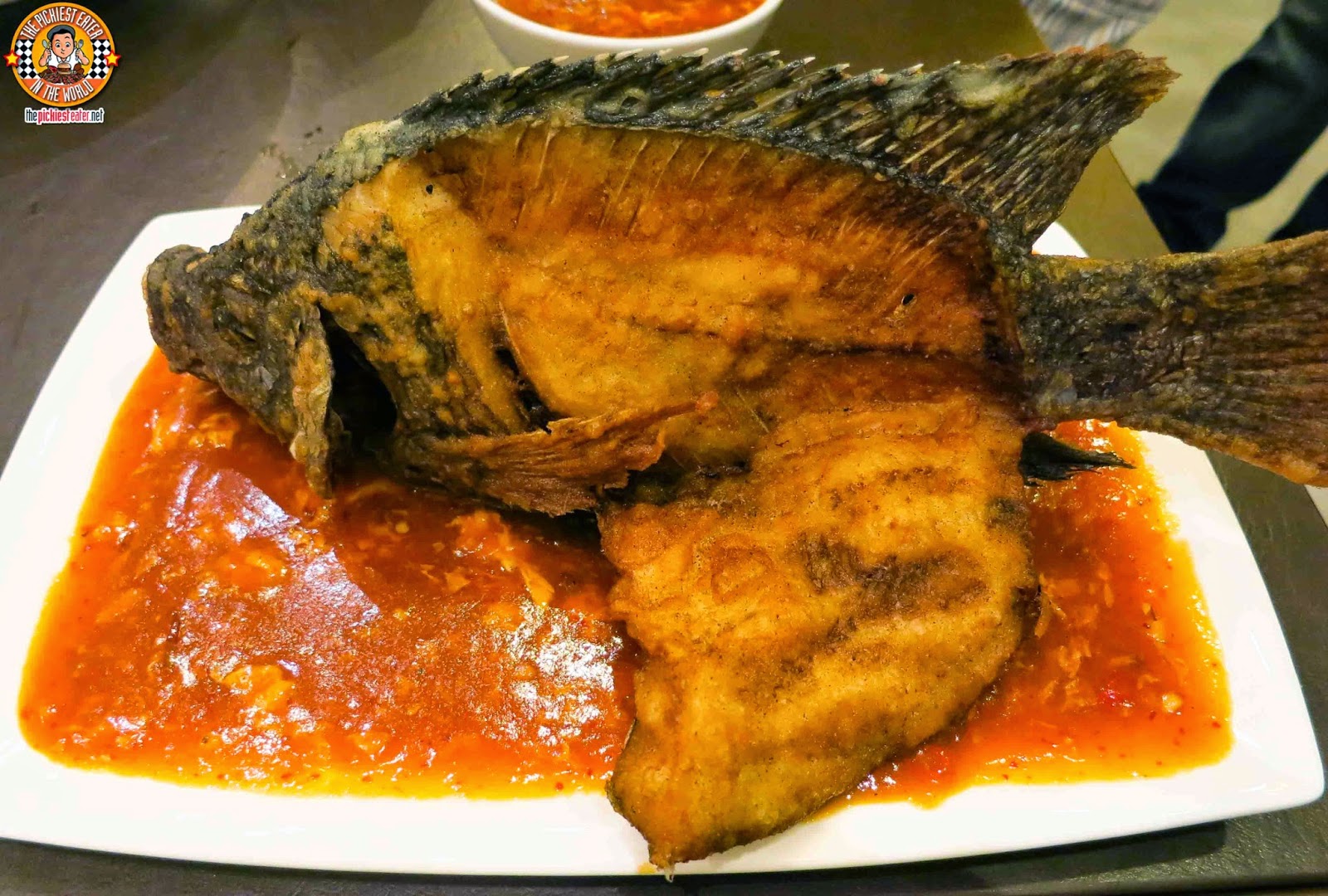 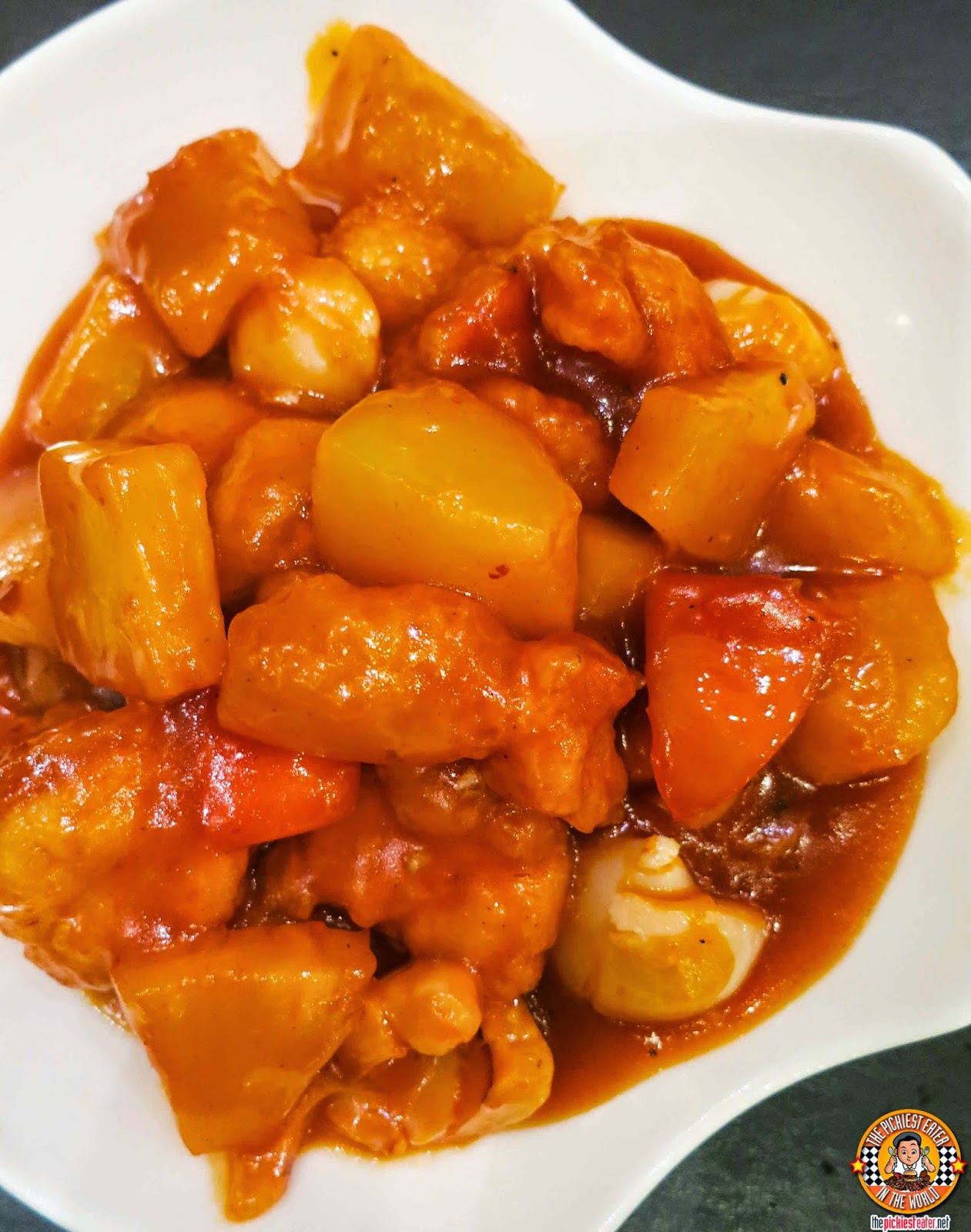 Rina's love for prawns was somewhat satiated when Prawns with Lychee and Peaches (P495). The prawns are battered and fried to a nice crisp, and glazed in a sweet sauce speckled with bits of sliced peaches and lychees. Though Rina liked this, her love for Wee Nam Kee's Cereal Prawns was too strong, and in the end, she still found herself looking for it. 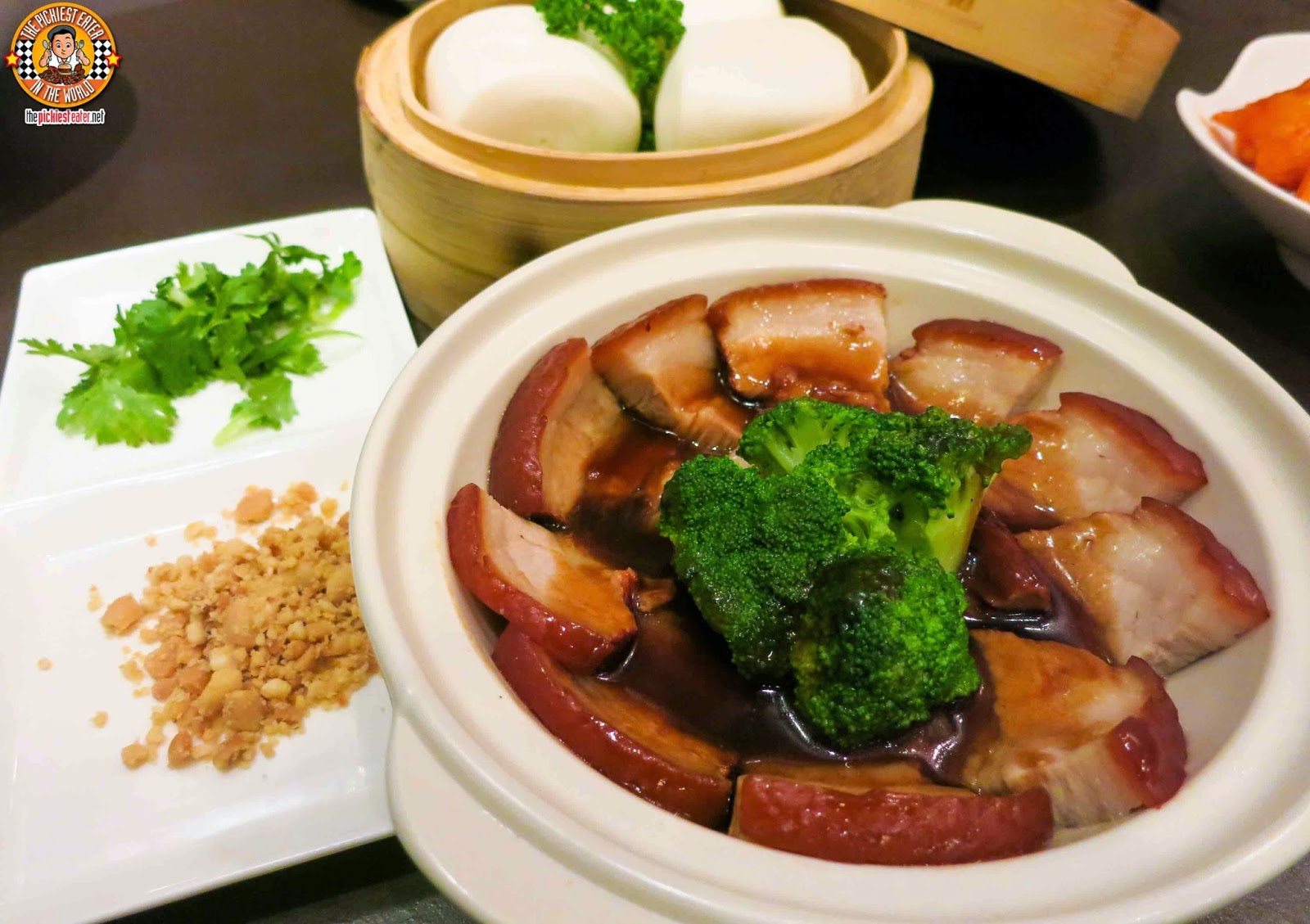 Just when we had thought that our stomach space had just reached its capacity, our hosts brought the Stewed Pork Belly with Steamed Buns (P365). I wanted to raise the white flag, but this was just too inviting to pass up. I knew, for the sake of you, my readers, I had to solider on (See what I do for you guys?). 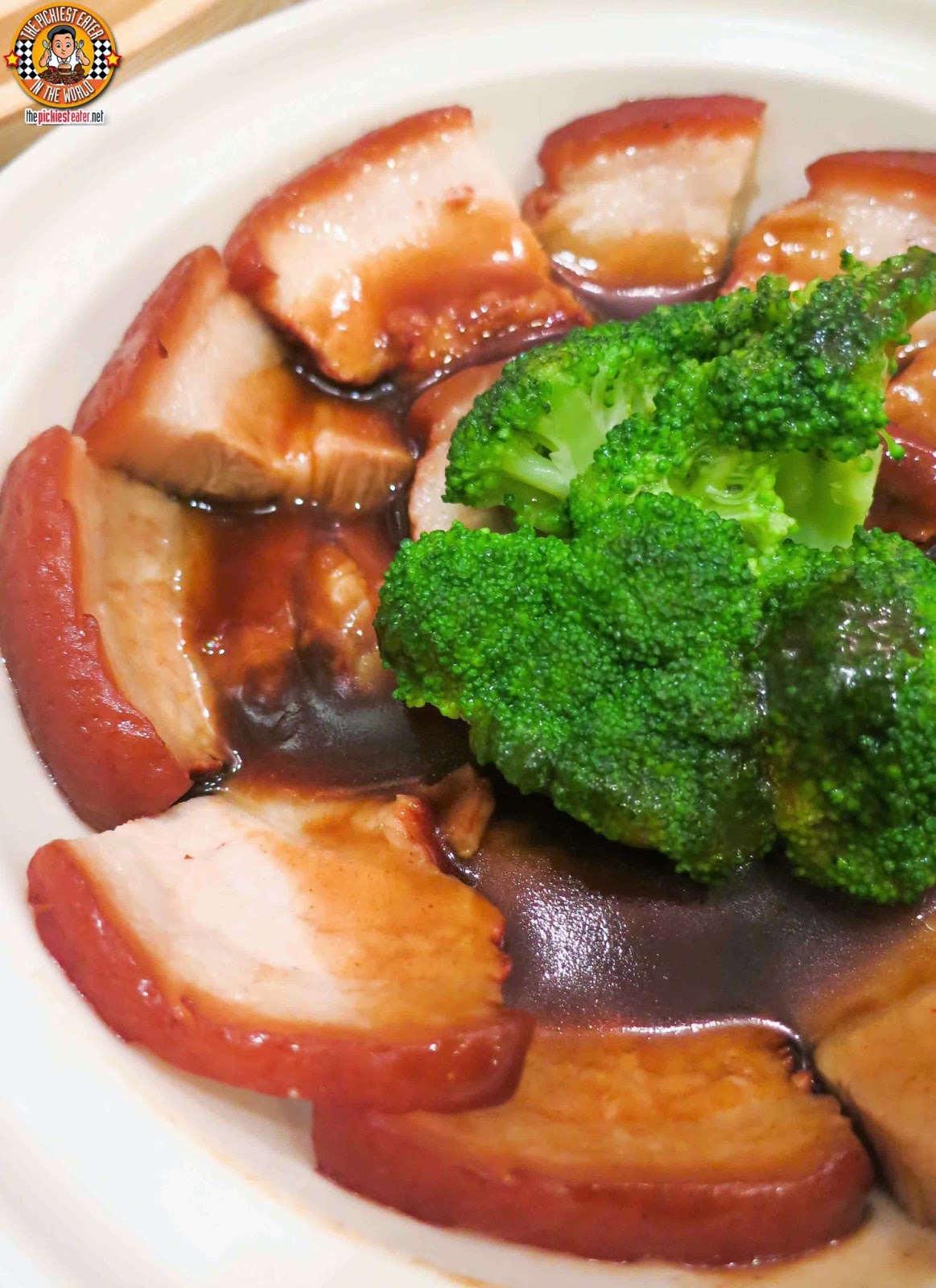 The gorgeous slices of stunning pork belly are doused in a dark, lightly sweet sauce, and you place it in between the freshly steamed pork buns, sprinkle a bit of crushed peanuts and wansoy, and you, my friend, have got yourself a kick ass pao. 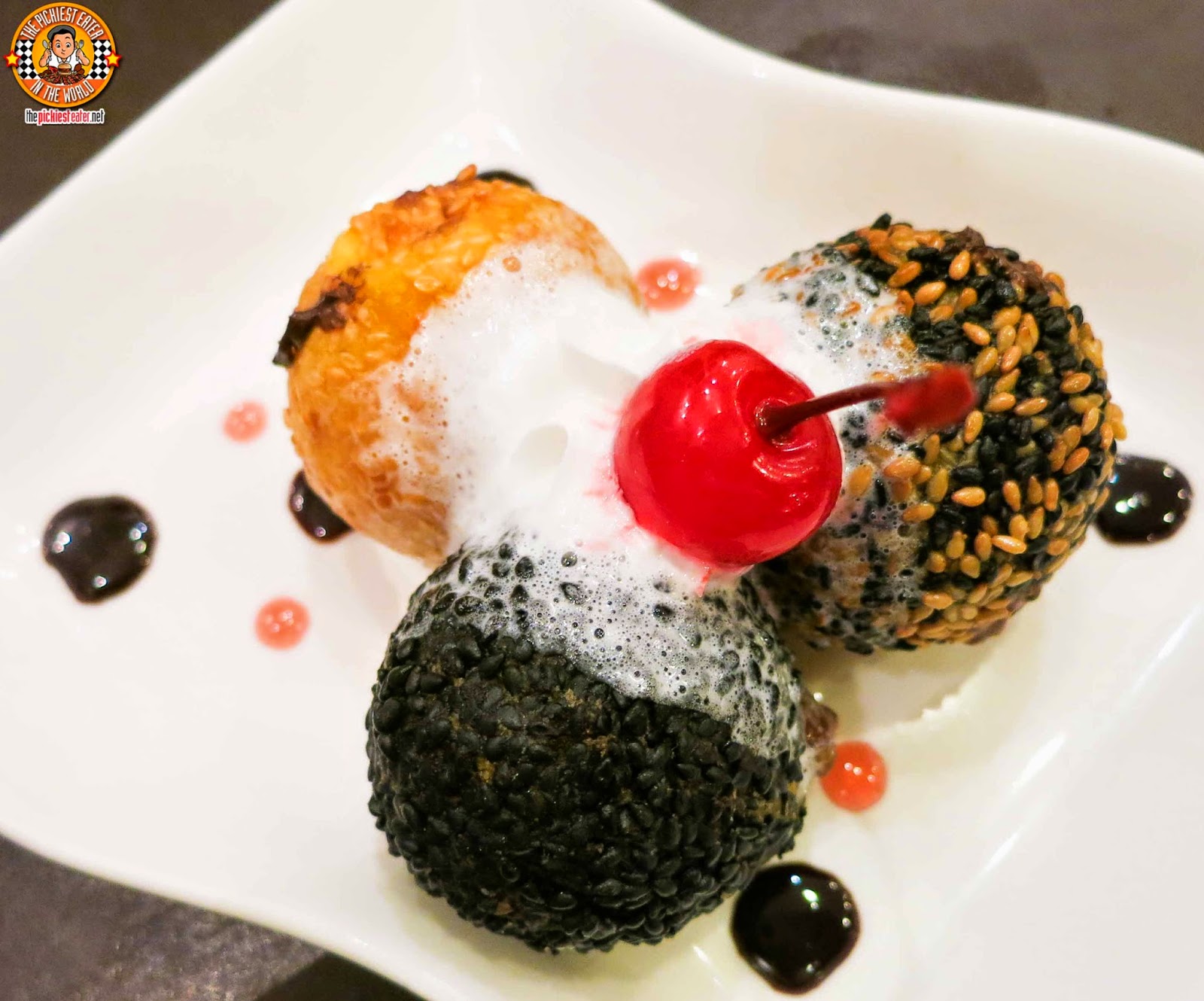 This is not the first time that I had seen Bucchi filled with chocolate, but this was the first time I was served a platter of Buchi with three different chocolate fillings in it, each flavor more amazing than the next.

The Three Flavor Chocolate Truffle Buchi (P128) features a mix of  a Milk Chocolate, Dark Chocolate and White Chocolate all packed within a crisp buchi, just ready to explode. 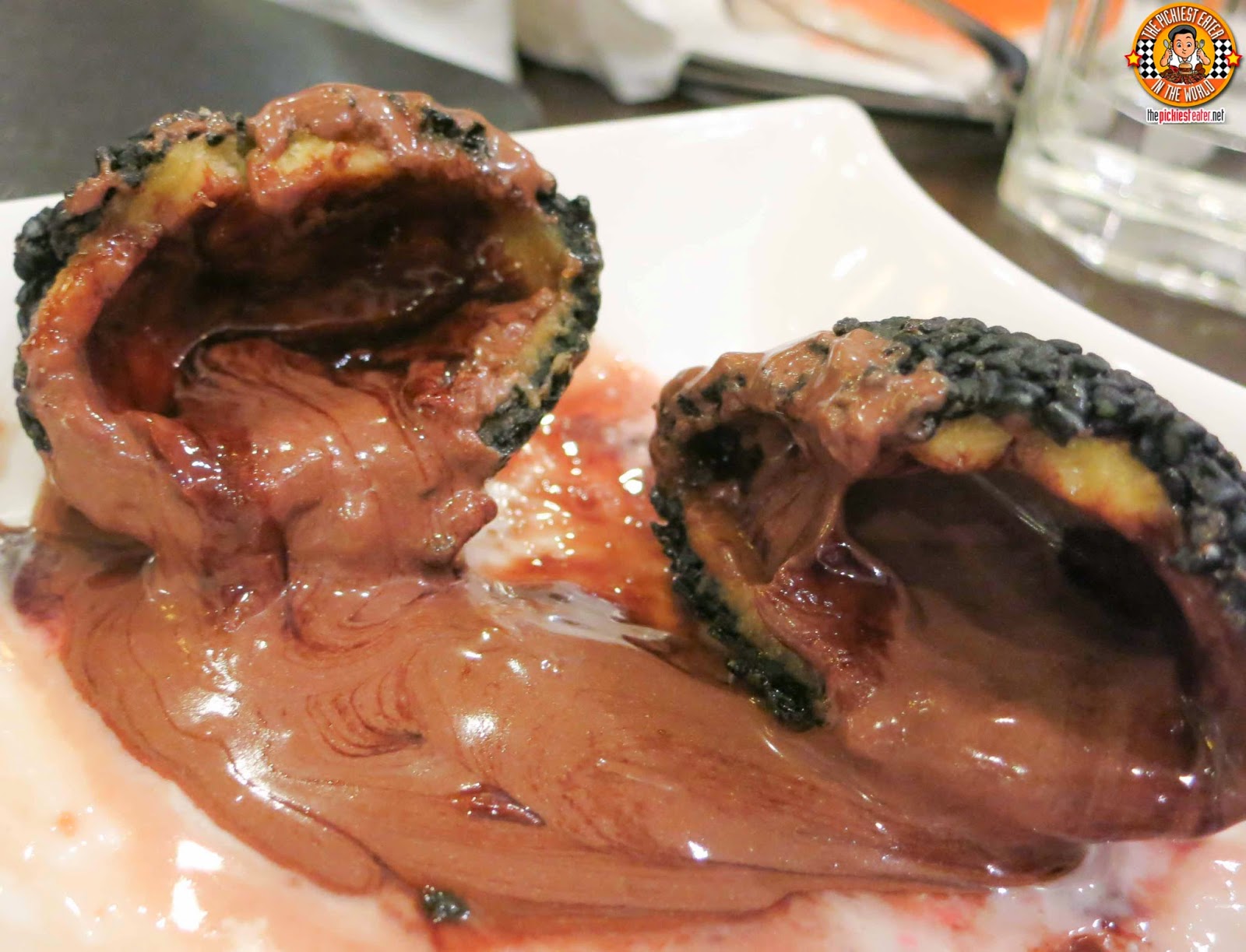 I pierced a Buchi in half, and explode it did. It was like a Chinese version of a Lava cake, as the milk chocolate oozed out, like a stream of hot molten lava. And yes, each flavor was phenomenal. 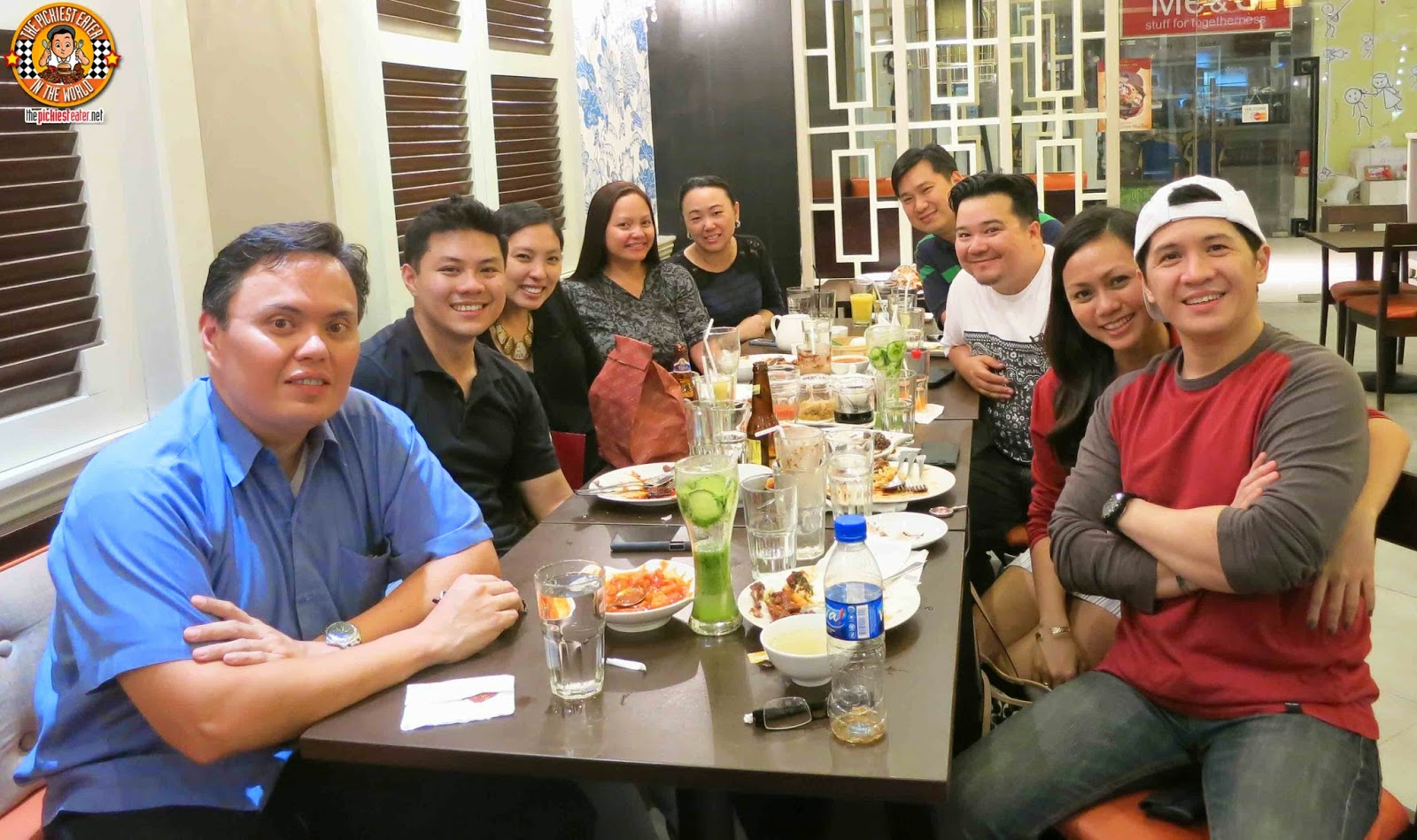 As we got to closer to the end of our dinner, out host, Bob, asked if me and my blogger friends wanted some Hainanese Chicken. My first reaction was, "Oh wow, you have Hainanese Chicken, too?". Rina looked at me quizzically and said, "Umm.. You're at Wee Nam Kee, remember?" I was like.. "Oh Yeah..".

To me, Wee Nam Kee effectively proved that they aren't a one trick pony. The Hainanese Chicken is their signature dish, yes, but they are more than just a Hainanese Chicken Shop. These guys are well versed in the art of cooking delectable dishes.. I believe The Culinary Treasures from Singapore menu is more than enough to erase any doubt.

Posted by The Pickiest Eater at 8:04 PM