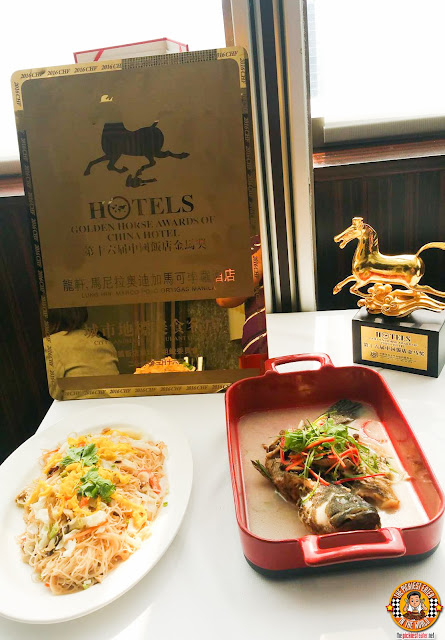 I've mentioned a few times how I was blown away by the quality of food served at Marco Polo Ortigas' Flagship Restaurant, Cocina. However, little did I know, this was just the tip of the iceberg. Housed high up at the 44th floor of the magnificent hotel, is Lung Hin, Marco Polo Ortigas' restaurant that specializes in the culinary wonder that is Chinese Food.

Just last March of this year,, Marco Polo Ortigas Manila was awarded the prestigious China Hotel Industry Golden Horse Award, proving that their excellence in the preparation of Chinese Cuisine is among the best in the world.

Never one to rest on their laurels, Marco Polo Ortigas acquired the services of renowned Chef Leung Chi Kwan, more lovingly known as Chef Ken, to spearhead the Chinese Kitchen of the hotel.

Given all the accolades that has been showered upon Marco Polo and Lung Hin, I would be a total fool to pass up an opportunity to visit this acclaimed restaurant, and try the new dishes of Chef Ken himself! 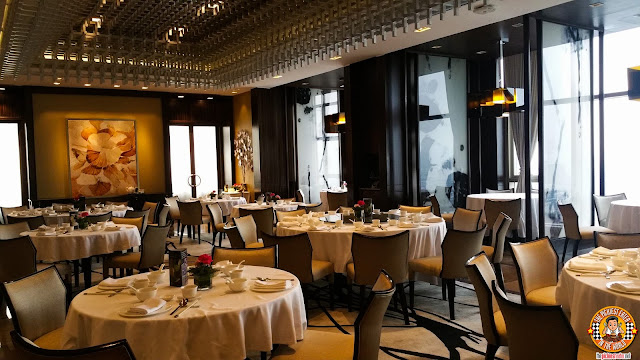 The lavish interiors invokes an air of sophistication that one would expect from a restaurant at a world class hotel, however there still a sense of comfort that you could feel from the spacious surroundings, making you feel right at home. 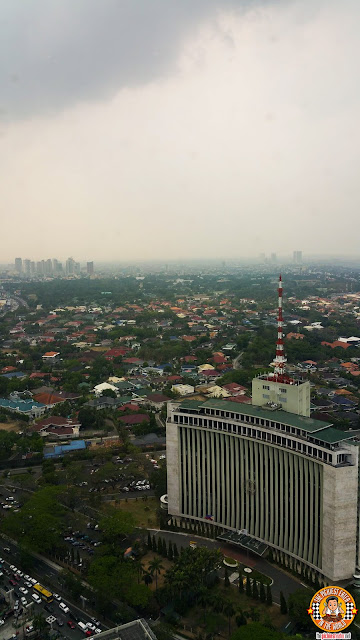 That is of course, if your home was at the 44th floor of a building! We got a stunning view of the Ortigas Center, from the restaurant. 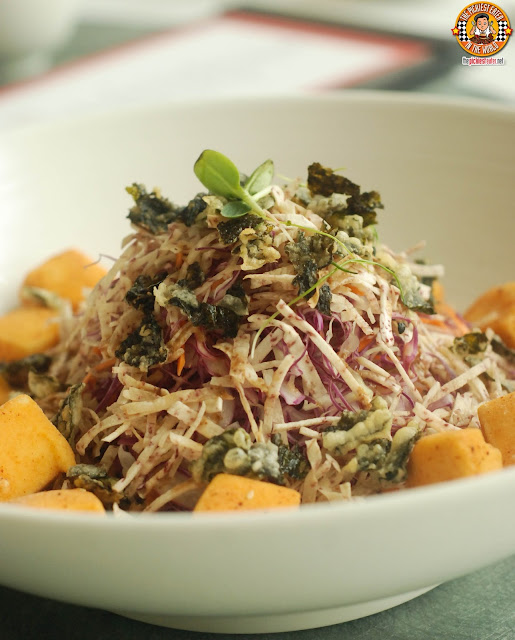 First up on our gastronomic agenda was the Deep Fried Crispy Tofu with Seafood Salad. As you may have guessed, I'm not too big on salads, but my companions were raving about this. The salad is composde of shredded cabbage, carrots and taro, tossed in with thin seaweed strips, and adorned with a crown of deep fried tofu cubes.

My friends were so adamant for me to try it, I ended up having one of the pieces of tofu, which was actually pretty good! But like I said, I'm really not a salad guy, so I graciously gave up my portion for them. In the immortal words of the great Dionne Warwick, "That's What Friends Are For." 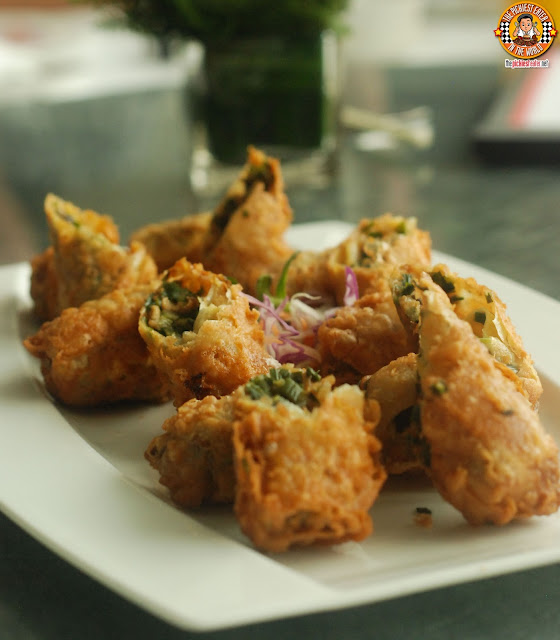 The Deep Fried Beancurd Leek Rolls with XO Chili Sauce was more up my alley. These golden rolls, filled with beancurd and shredded leeks let out a glorious crunch with every bite. The gentle flavors are further enhanced by the complex notes brought on by the dipping into the Chili XO sauce, making it a perfect pairing. Although I must admit, I "accidentally" ate my first piece without any sauce, and it worked for me just fine! 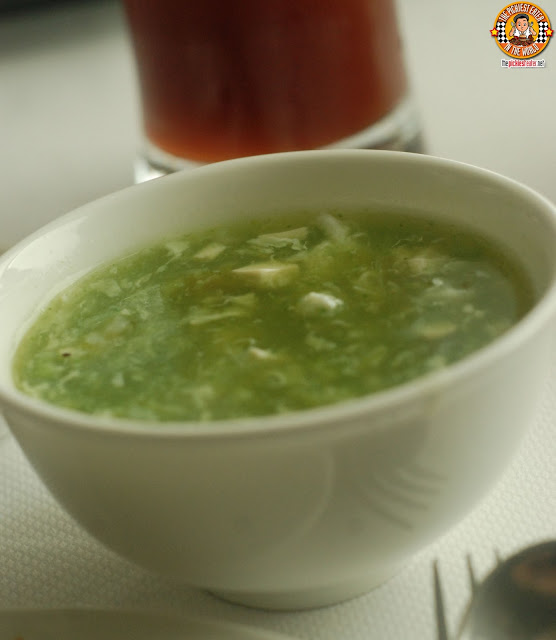 Next up was the Spinach Seafood Soup. It was a thick, gloppy soup, filled bits of minced seafood. Although it was well seasoned and the subdued flavors were deliberate, I saved my stomach space for the meatier fare. 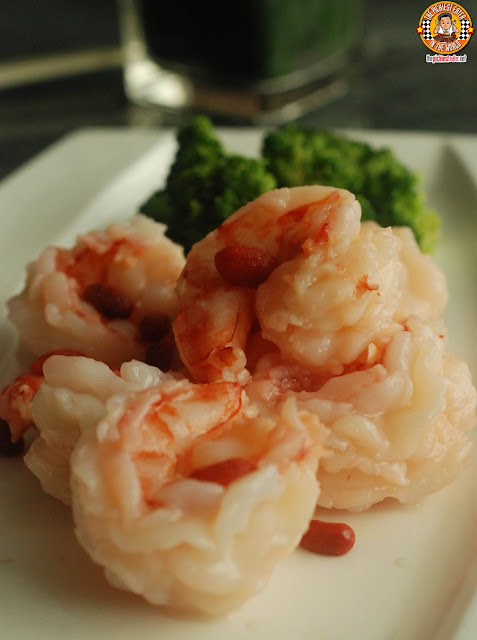 If our meal was patterned after American Idol, then The Stir Fried Crystal Prawns was the clear winner of the peoples's vote. Chef Ken seems to be a master at letting the natural flavors of his ingredients shine through, and it is very apparent in this seemingly simple, yet skillfully executed dish. 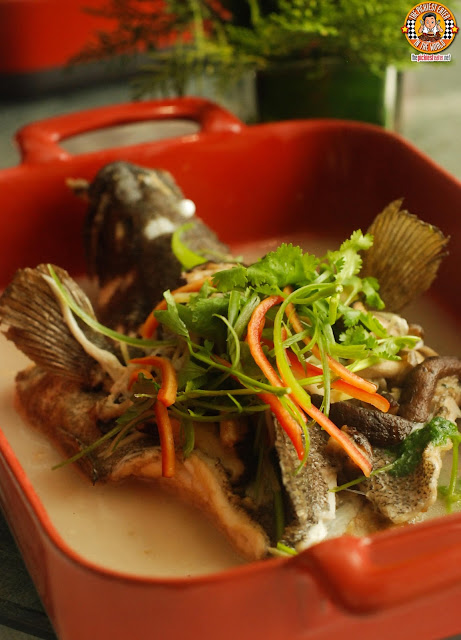 The Poached Live Garoupa with Mushroom was also rather excellent. A plump Garoupa is steamed to a pristine white hue, and laid out on a shallow pool of its flavorful broth. The fish meat is so incredibly soft, when you eat it with rice, you'll have a hard time distinguishing the protein from the carbs with your tongue. 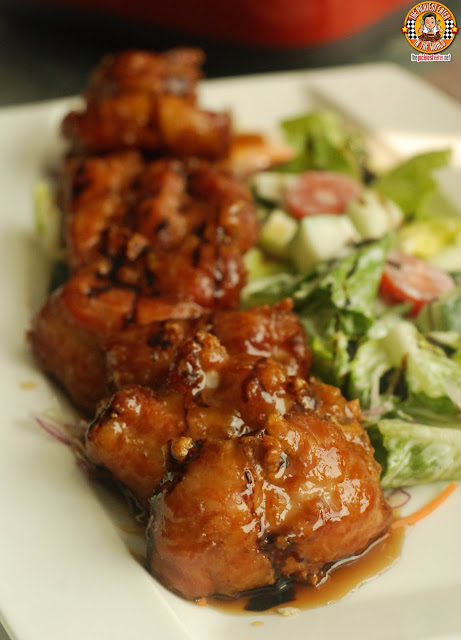 As everyone raved about the shrimps, I quietly worked my magic on the Deep Fried Spare Ribs with Black Vinegar Sauce. I had nearly gone through the entire plate before the other bloggers noticed that it was there, so it was a good thing our gracious hosts prepared more than enough for everyone. The tender pork ribs were glazed in a luscious sweet meets sour sauce, that was nothing short of amazing. Definitely something you must try at Lung Hin! 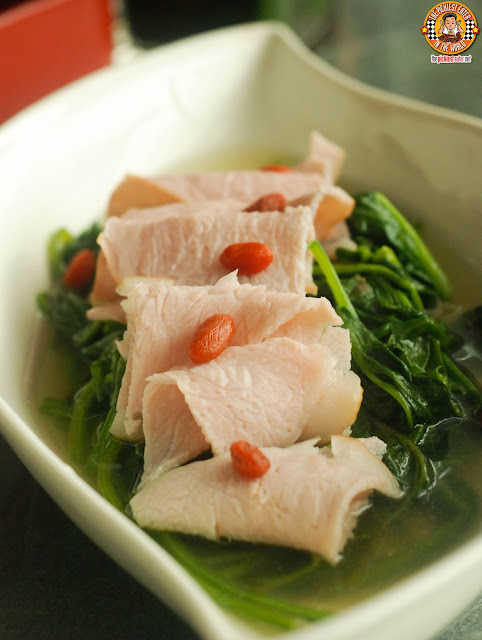 To me, the start of the Ham and Vegetables in Superior Broth dish, was naturally, the ham itself. it had a delicate smokiness, that added a whole new dimension to its flavor, making me totally forget to even try the fresh vegetables swimming in its superior broth. 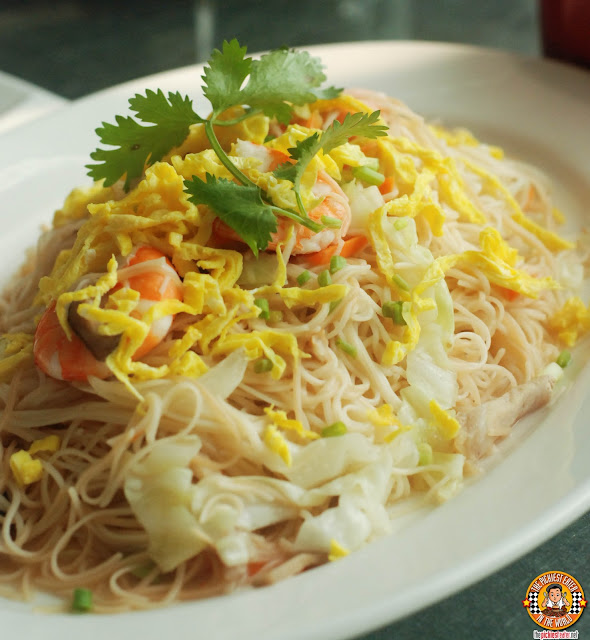 Whenever I dine at a Chinese Restaurant, I always look forward to a noodle dish, and Chef Ken greatly obliged with his Fookian Misua. These thin, springy noodles topped with strips of shredded scrambled egg, chunks of Shrimp and Mushrooms, stir fried in a light soy sauce, were quite a delight to the palate. 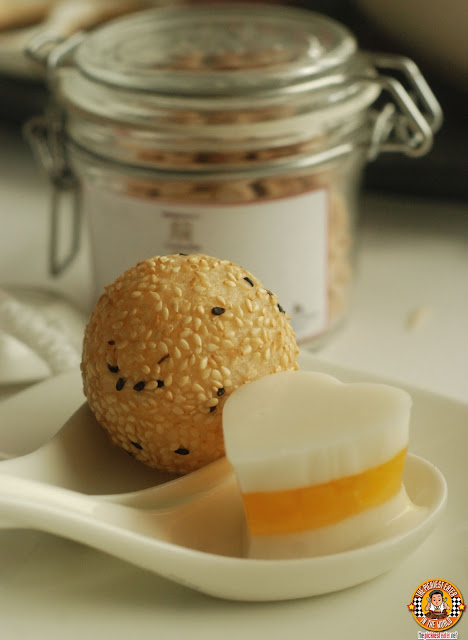 For the finishing touches, we had the Coconut Mango Jelly and Chef Ken's Classic Buchi. I'm glad I didn't have to choose just one of these, because both were awesome, and the fitting end to a stellar meal. 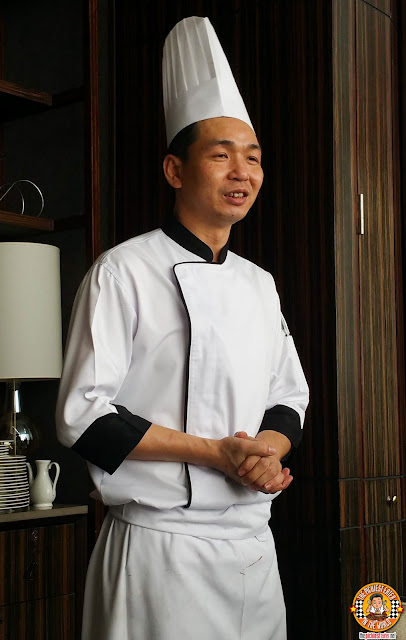 Chef Ken has taken his global experience, and placed a definitive stamp on Marco Polo's menu and I'm looking forward to more of his offerings in the future! It was truly an honor to sample his amazing food!

Posted by The Pickiest Eater at 11:37 PM