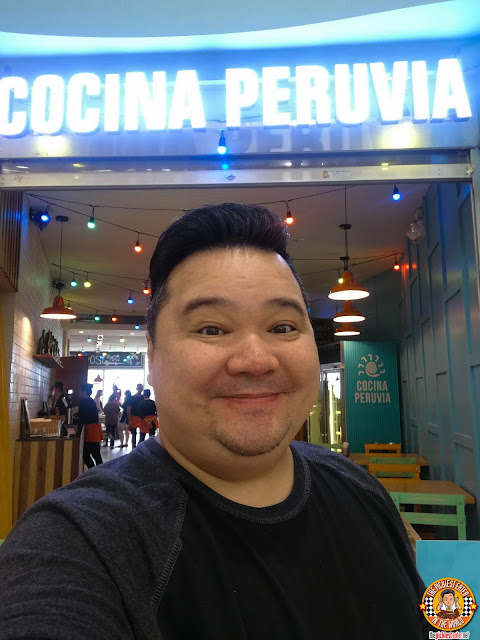 From the moment I tried Cocina Peruvia three years ago, I was absolutely blown away by Peruvian food. This was my first foray into the cuisine that for the past few years, seems to have taken the world by storm, and I instantly became a fan.

It was nice to see that others seemed to have taken to Peruvian cuisine as well, as Cocina Peruvia opened two more branches since, including one at Vertis North and most recently, The Podium Mall. 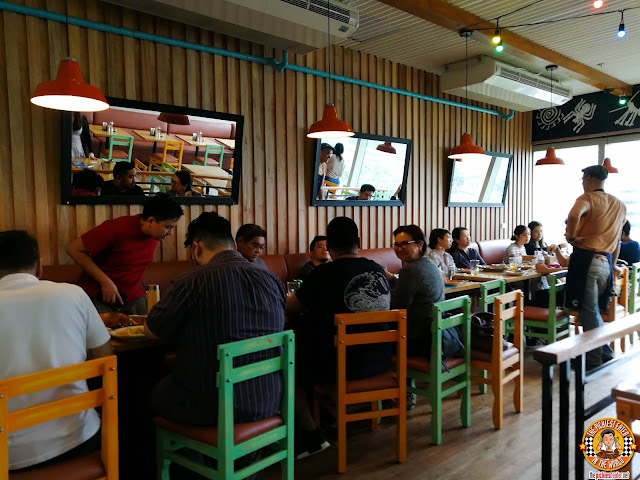 I was elated to find out that Cocina Peruvia would be opening in The Podium Mall, because it's just a couple of blocks away from my office. The Podium branch maintains the festive Latin American feel, with scintillating colors and wooden interiors.

It was incredibly excited to see what Cocina Peruvia's Executive Chef, Him Uy De Baron, had in store for us when me and my KTG buddies visited the newly opened branch! 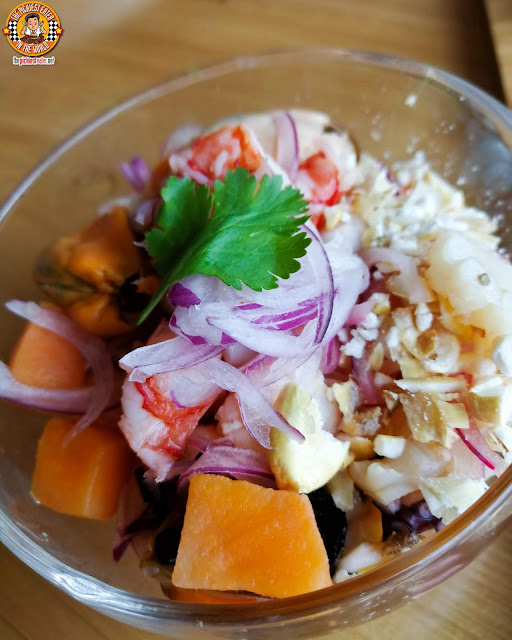 The first dish Chef Him brought out was the Ceviche Mixto, which was made with a medley of seafood, including Octopus, Squid, Shrimp, and Mussels, speckled with fiery Aji Rocoto peppers, and bathed in a zesty Citrus Juice 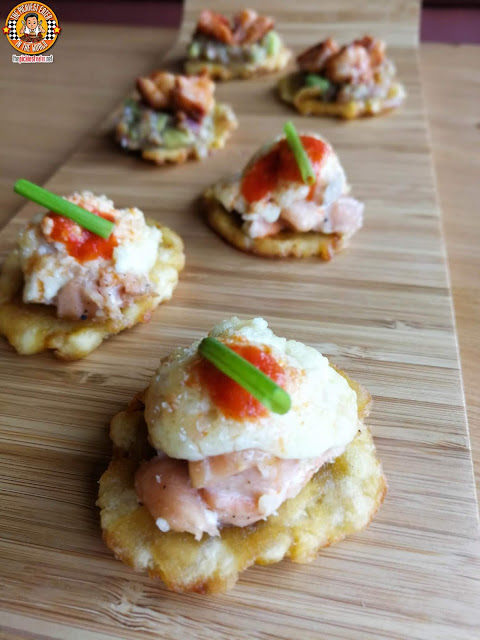 Next, we tried the Mixto Patacones, which came in two variants. The first was a Shrimp based one, mixed with Avacado Salsa and Cocina Peruvia's signature Sofrito Sauce, laid over a delicately Fried Plantain (Patacones). I preferred the Salmon, which was made with a Mayo Mix, Parmesan Cheese and Sofrito Sauce, topped on a beautifully fried Patacones. 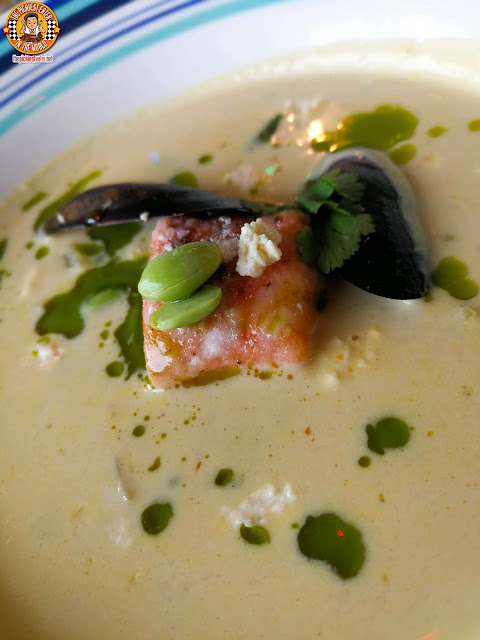 For our soup entree, we tried the Chupe De Pescado. This is essentially a Fish Chowder infused with Mussels and Edamame then topped with shavings of Ricotta Cheese. A drizzling of Cilantro Oil finishes up the job, giving you a very hearty and flavorful soup. 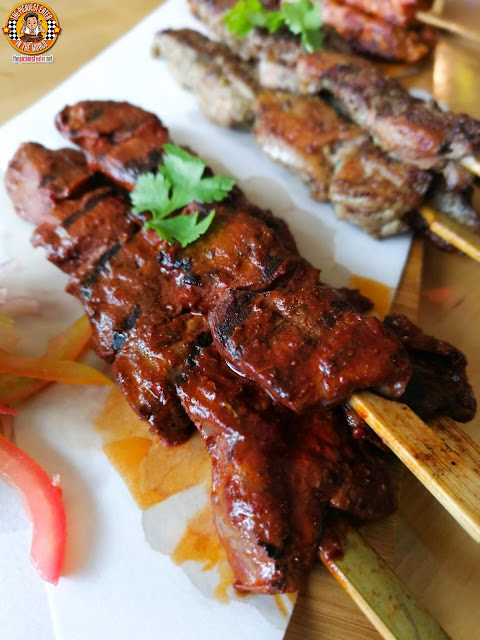 Things got serious when they served the Mixto Anticuchos, which was composed of three types of skewers.. Grilled Beef Heart, Salmon Belly and Chicken Thigh. I was a little surprised to discover that Beef Heart tastes quite similar to... believe it or not... Beef. The Chicken thigh was incredibly juicy, and paired nicely with the Chimichurri and Aji Anticucho Sauce on the side. However my unexpected favorite turned out to be the Salmon Belly. The slab of fish belly virtually melted in my mouth when I took a bite, and was absolutely delicious. 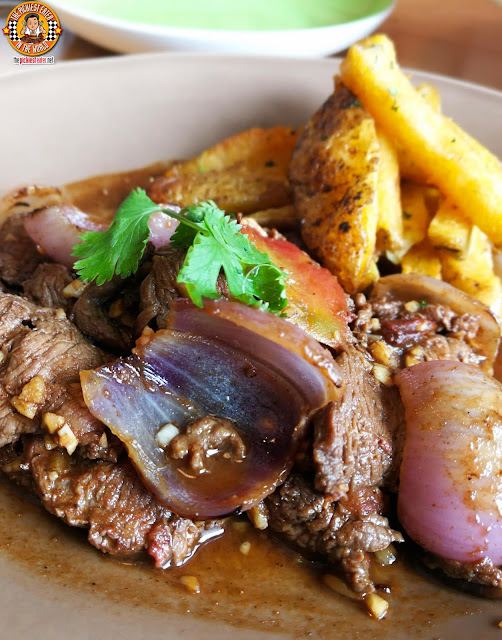 The Lomo Saltado is similiar to our home grown Bistek, but spiced up with a more latin flair. Fork tender Marinated Beef Tenderloin strips are sautéed in Garlic, Onions and Tomatoes, then doused in a savory Lomo sauce. This was amazing, and the sauce soaked beef DEMANDS extra servings of rice, although admittedly the fried potatoes are a tasty compliment. 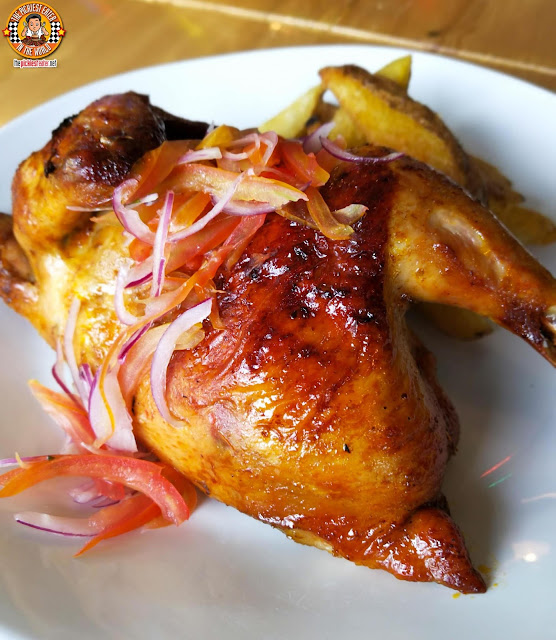 The Pollo A La Brasa was a thing of beauty. A glorious piece of chicken is marinated for 24 hours, then roasted to a golden perfection, then basted in a succulent Aji Panca and Lomo Sauce. The flavor was robust, with the herbs and spices imbuing the meat with fragrant notes. Easily one of the finest chicken dishes you'll have in the metro. 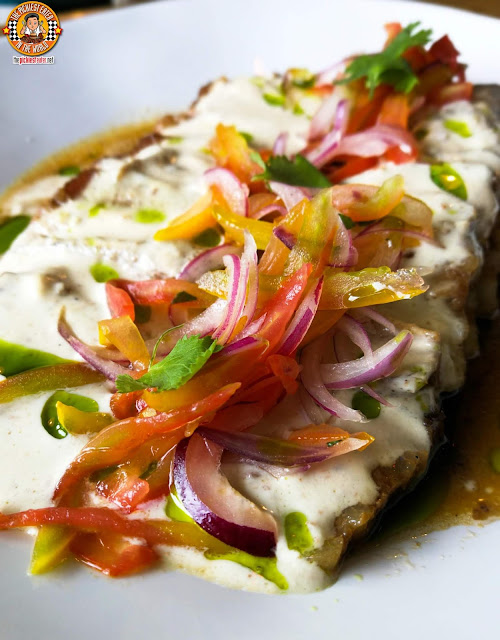 In my opinion, the Adobo Peruvia is the star of the Cocina Peruvia show. This amazing platter of Slow Cooked Pork Belly slices draped in a luscious Cream sauce, then topped with Salsa Creole. The cream sauce melds flawlessly with the savoriness of the beautifully seasoned pork, creating a mouthful of euphoria with every bite you take. 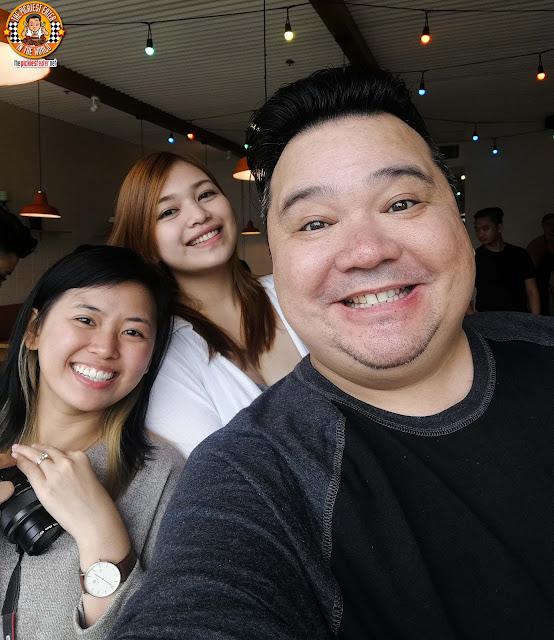 It was another fun lunch with my KTG buddies, as we enjoyed our journey into Peruvian cuisine, courtesy of Chef Him Uy De Baron and Cocina Peruvia!