THE BORACAY CHRONICLES: PANIC AT LEMON I CAFE 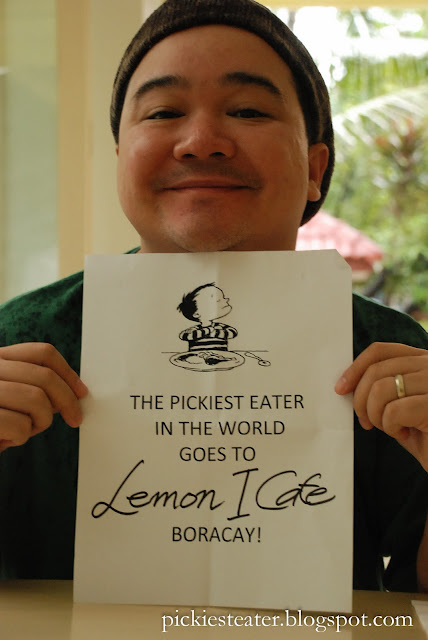 After our Zorb Experience, Rina and I needed to grab a bite to eat for brunch. We passed by Lemon I Cafe quite a few times the day before and we noticed it was always packed, so it intrigued me. I had read about it before during my research, but I couldn't recall what was the "must try" of the house. Before we went in, we took a glance at the menu, and I was a little bit surprised by with the prices, which I found to be a bit high - and not just for a cafe in Boracay.

The desserts in the display looked good and the items on the menu were very interesting, so it was a no-brainer that we would be going there. My only problem though, was I couldn't remember what the review I read said to try. 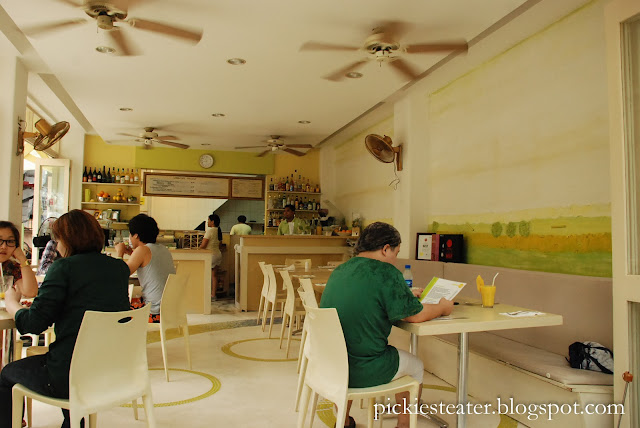 This is like going to the Spa for me..

Much like most of the restaurants in D'Mall, Lemon I Cafe was an open air restaurant in which one could easily settle down into. The soothing green hues were very easy on the eyes, and it felt like you could easily get lost in a good book there. Of course we had the benefit of a light rain shower and winds to keep us cool.

It was already past ten when we got there, so Rina and I were looking for something heavy, but not too heavy that we couldn't walk on the beach afterwards. (After the Sea Breeze Experience, she actually had to roll me back to our hotel) 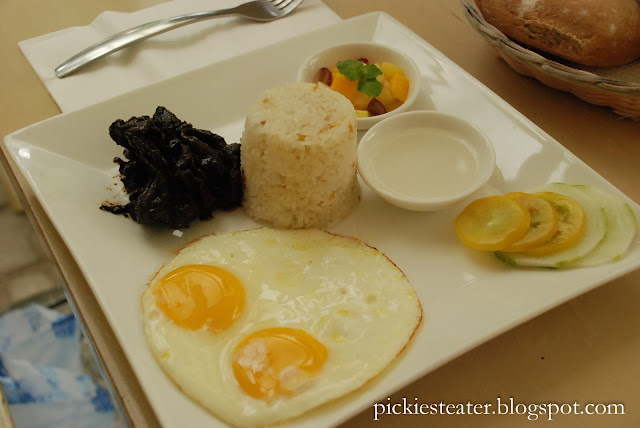 Rina's Tapa. No offense, but because blogger downsized the resolution,
It now looks like a turd on a plate.

Even based on this picture, the portioning of their Pinoy Tapa (P240) looks very sparse. Rina took a look at it and really wasn't impressed. The presentation was fairly decent though, with the tapa, two fried eggs, and the fruit cocktail all coming together to form a pretty little plate of food. The tomatoes and cucumbers were totally unnecessary and a waste of plate space. 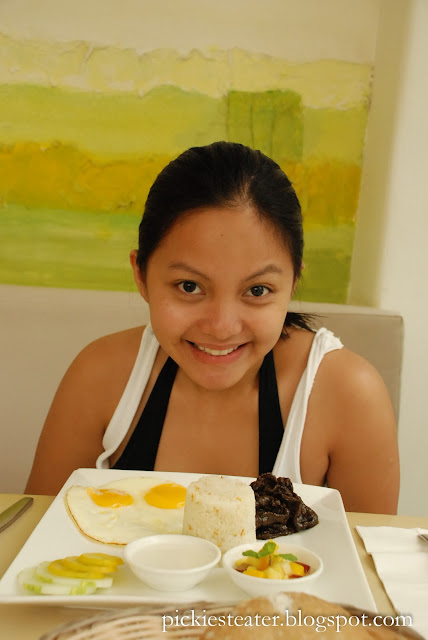 Always smiling even though she thinks she got gypped.

In a classic case of judging the book by it's cover, Rina was pleasantly surprised to find that the Tapa, though it seemed little in serving size, was actually rather filling - not to mention delicious. The thin slices of meat was surprisingly soft and flavorful, without being too salty. The eggs were done just the way I like Sunny side up.. with the yolk still wet but the edges lightly burnt so it's crispy. I was really taken aback when Rina, was about halfway through her meal, and she was saying how full she was. 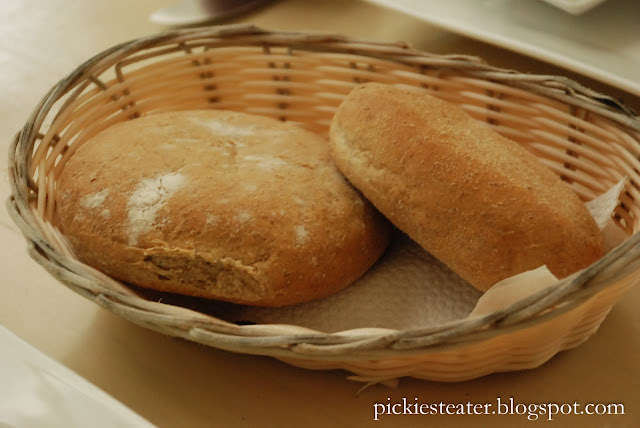 Nice effort, but Not quite there..

My order came with bread - which seemed to be whole wheat Pan De Sal, but a bit bigger. I honestly found it a little bit dry, even after spreading butter on it.

So, what did I order?

The first thing on the menu that I saw had "Bacon" on it. 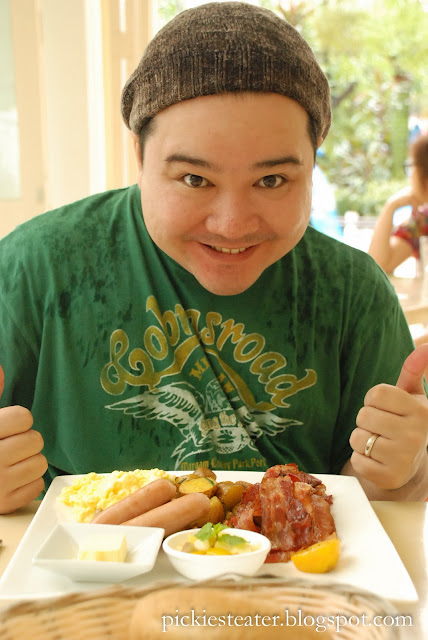 Of course now, I really regret ordering it, because I should have tried something that would've challenged Lemon I Cafe alot more, but I was so distracted by the two half-french girls in the other table that I panicked and ordered the first thing that felt comfortable.. The Big Breakfast (P320). (Seriously though, after the altar of bacon, you'd think I'd have had enough bacon to last me throughout the whole trip.) 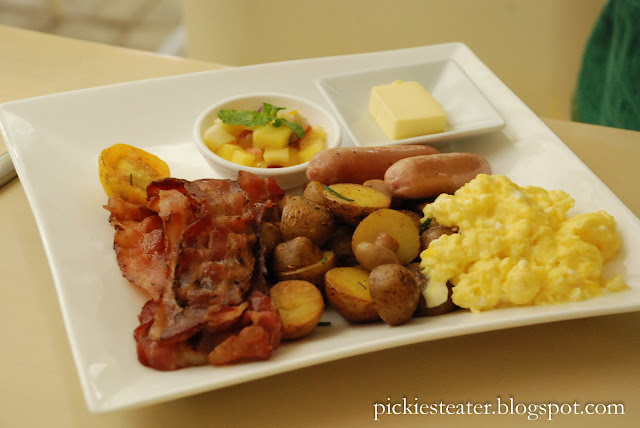 The Big Breakfast consisted of Bacon, Sausages, Marble Potatoes and Scrambled Eggs. Except for the Bacon, (which no matter  the circumstances are, is always awesome) there wasn't anything that really stood out in this plate. The sausages were more like little frankfurters, and the eggs needed a tad bit of salt, although I did like the consistency of it. The Potatoes were a bit uneven, wherein some pieces were actually softer and tastier than the others. What I did like (obviously), was the abundance of Bacon. Usually when you order a plate of bacon from a restaurant, you're lucky to get 3 strips. This had to have around 5-6 big pieces. (It didn't last long enough on my plate for me to count).


Looking back, I really do wish I ordered something else, because I don't feel my order really gave me an accurate taste of what Lemon I Cafe is all about. Maybe When I go back to Boracay, I'll try what I should've tried in the first place - The Steak Sandwich with Maui Onions on Swedish Dill bread (P275) as well as their chocolate mousses and Cheesecakes!

Posted by The Pickiest Eater at 6:22 PM