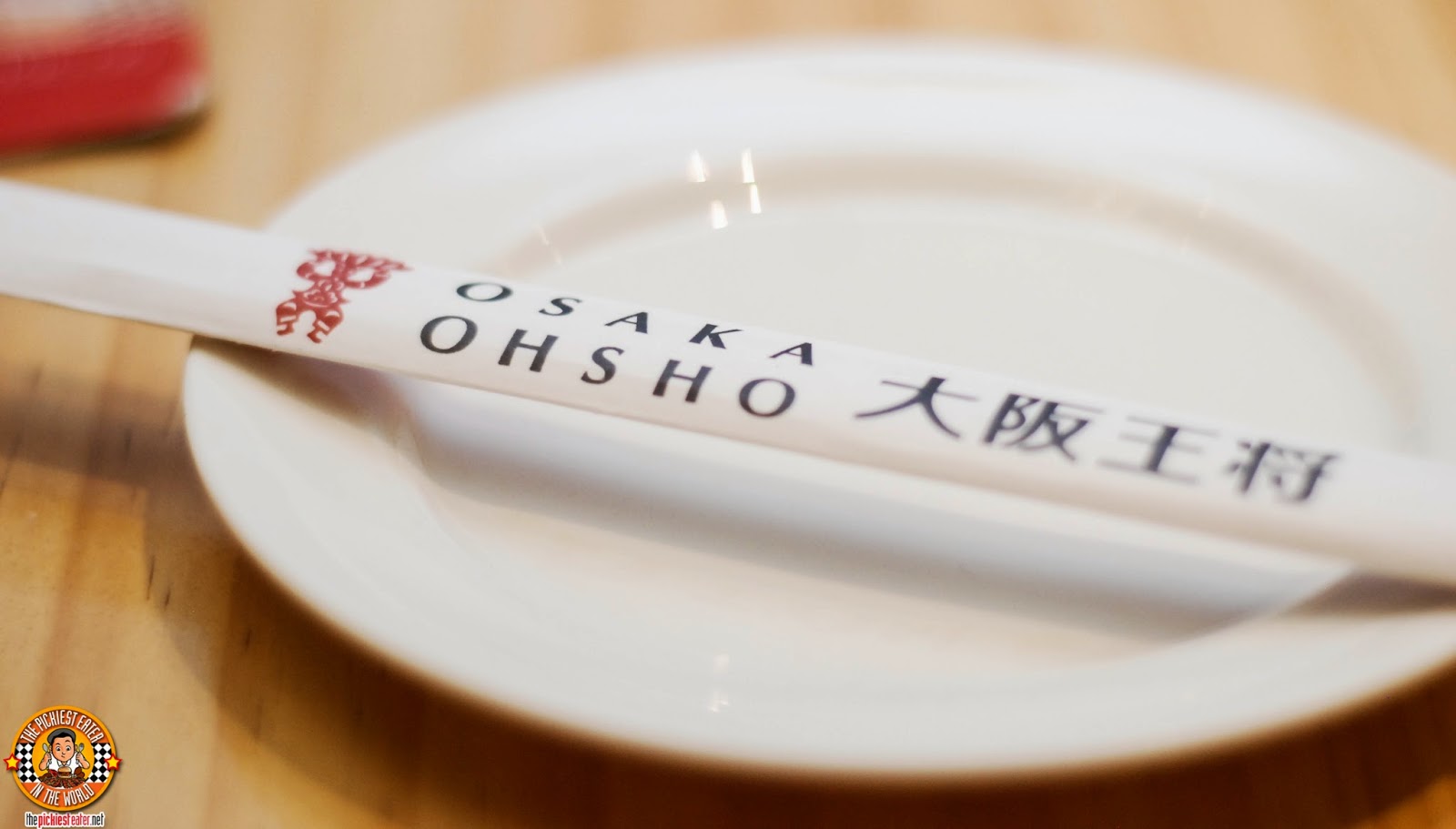 Although I maintain that I'm normally not a fan of Japanese food, that notion gets thrown out the window every time I visit Osaka Ohsho. Though the dishes are undoubtedly imbued with the amazing flair that makes Japanese food so popular, it also has a bit of a Western touch that makes its dishes friendly to even the Pickiest of Eaters.

Another nice thing about Osaka Ohsho is how they constantly keep their menu fresh with new dishes bring out the best of Japanese food, such as Teppanyaki.

Of course, Osaka Ohsho gives their own little spin to the classic Japanese way of cooking, and reveals the new items to their Teppanyaki Festival! 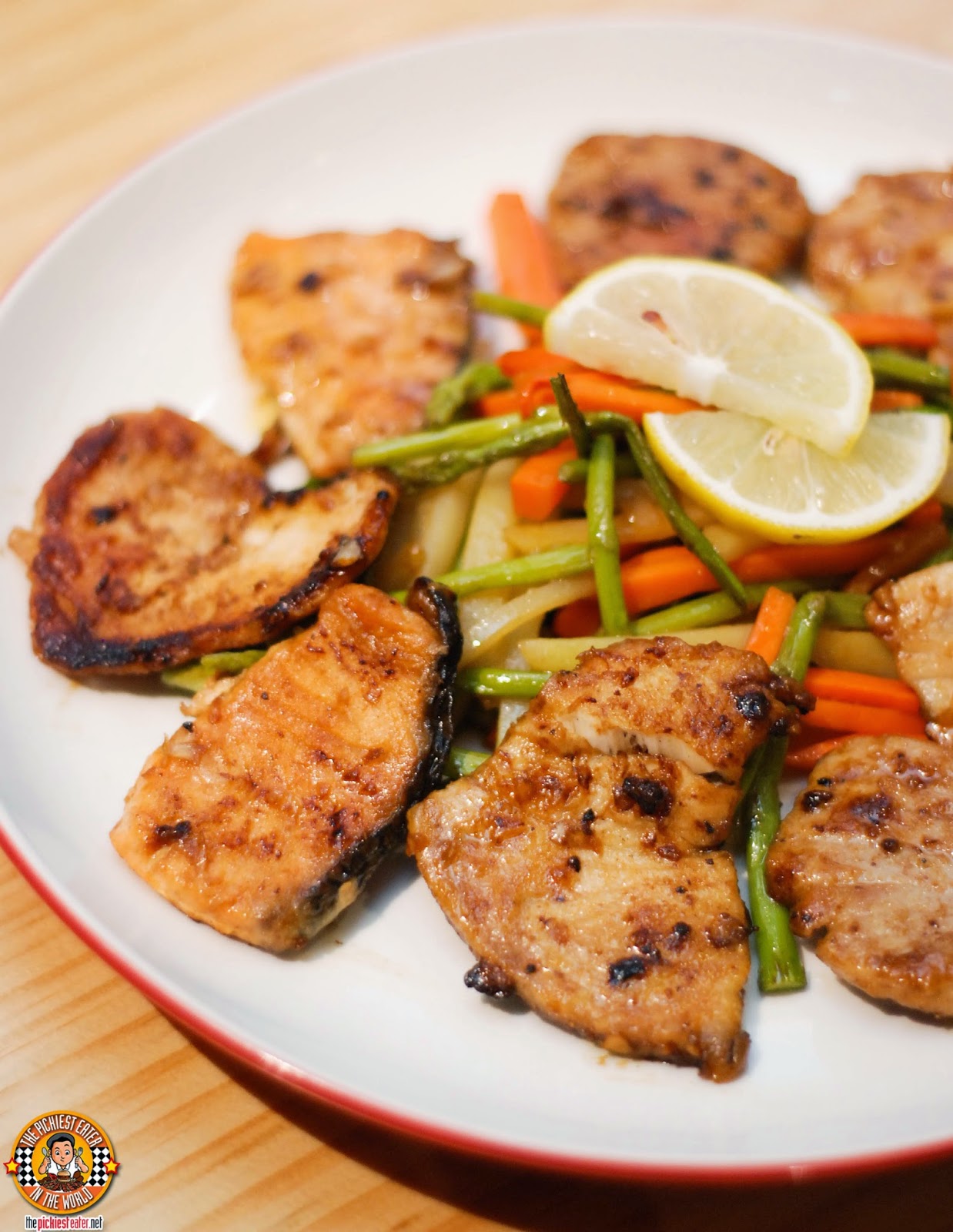 The festivities began with the Sakana Matsuri (P420), better known as The Fish Festival Platter. A medley of three different fishes, Pink Salmon, Blue Marlin, and Tuna, sauteed the Japanese way, and served with Mixed Vegetables. The savoriness of the fresh fish is evident, providing a great alternative to those who want to take a break from red meat. 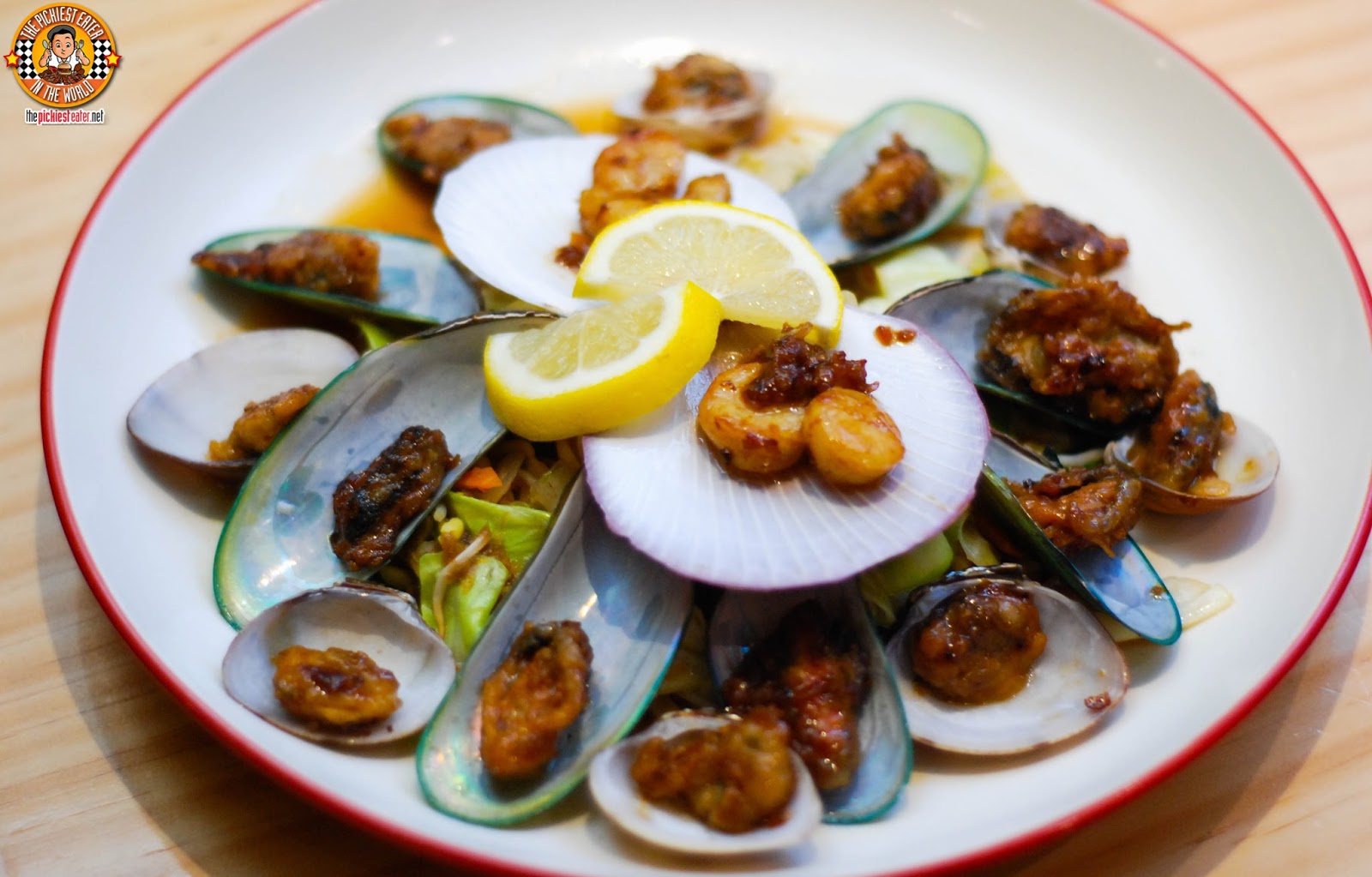 Rina let out a little squeal of delight when they brought out the Mixed Shellfish (P325) platter. She's a huge fan of seafood, especially shellfish, and she sadly doesn't get to eat much when dining with me. The Mussels, Clams, and Scallops, are sauteed in a vibrant onion sauce, giving the perfect accentuation to the natural flavors of the varied shellfish. 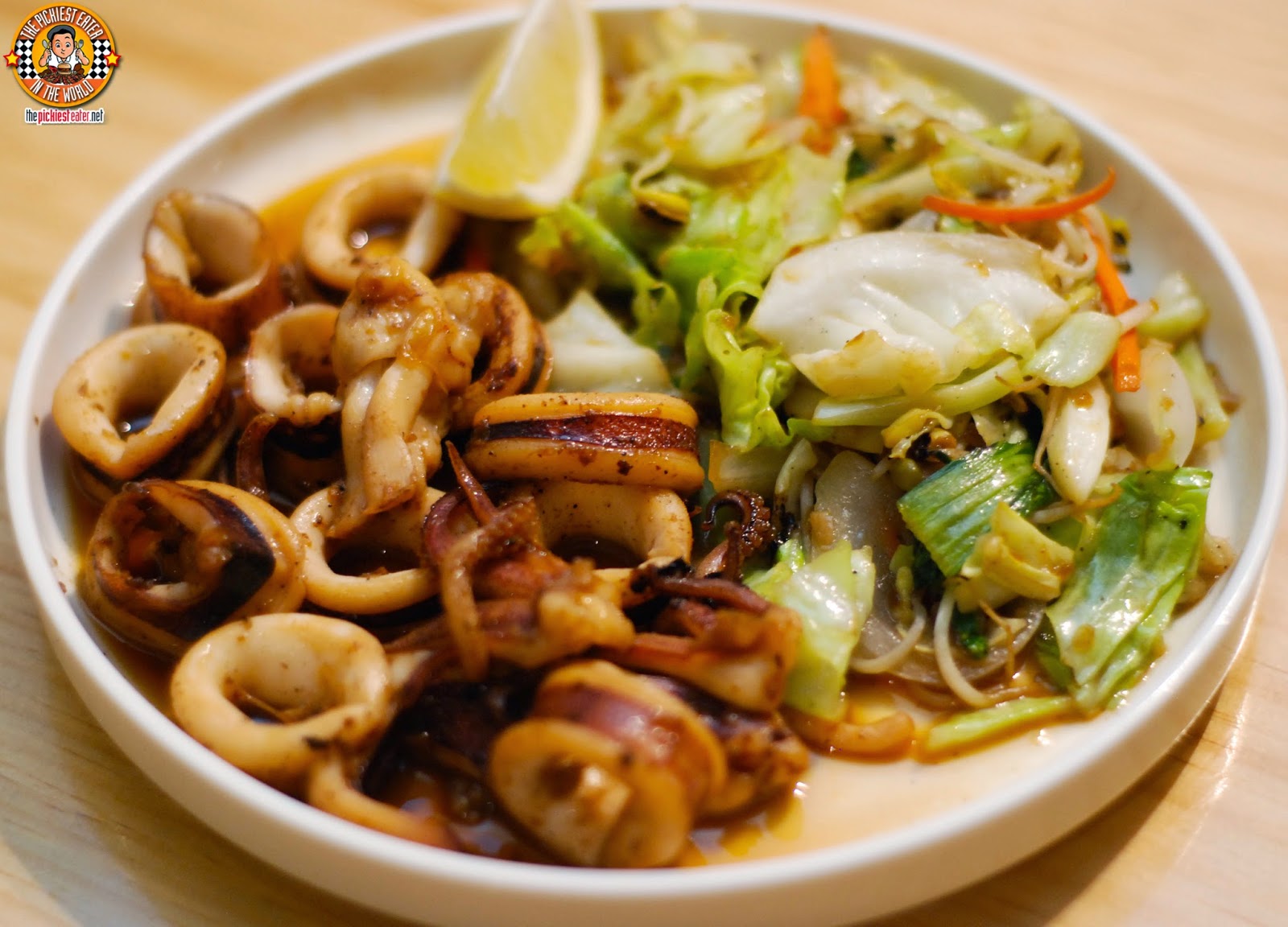 I'm not a fan of squid, so I didn't try the Ika Sugataki (P250), which was sauteed squid in a lightly spicy sauce. Rina said that the squid was deliciously seasoned, and the sauce had just the tiniest hint of heat that complimented the squid. 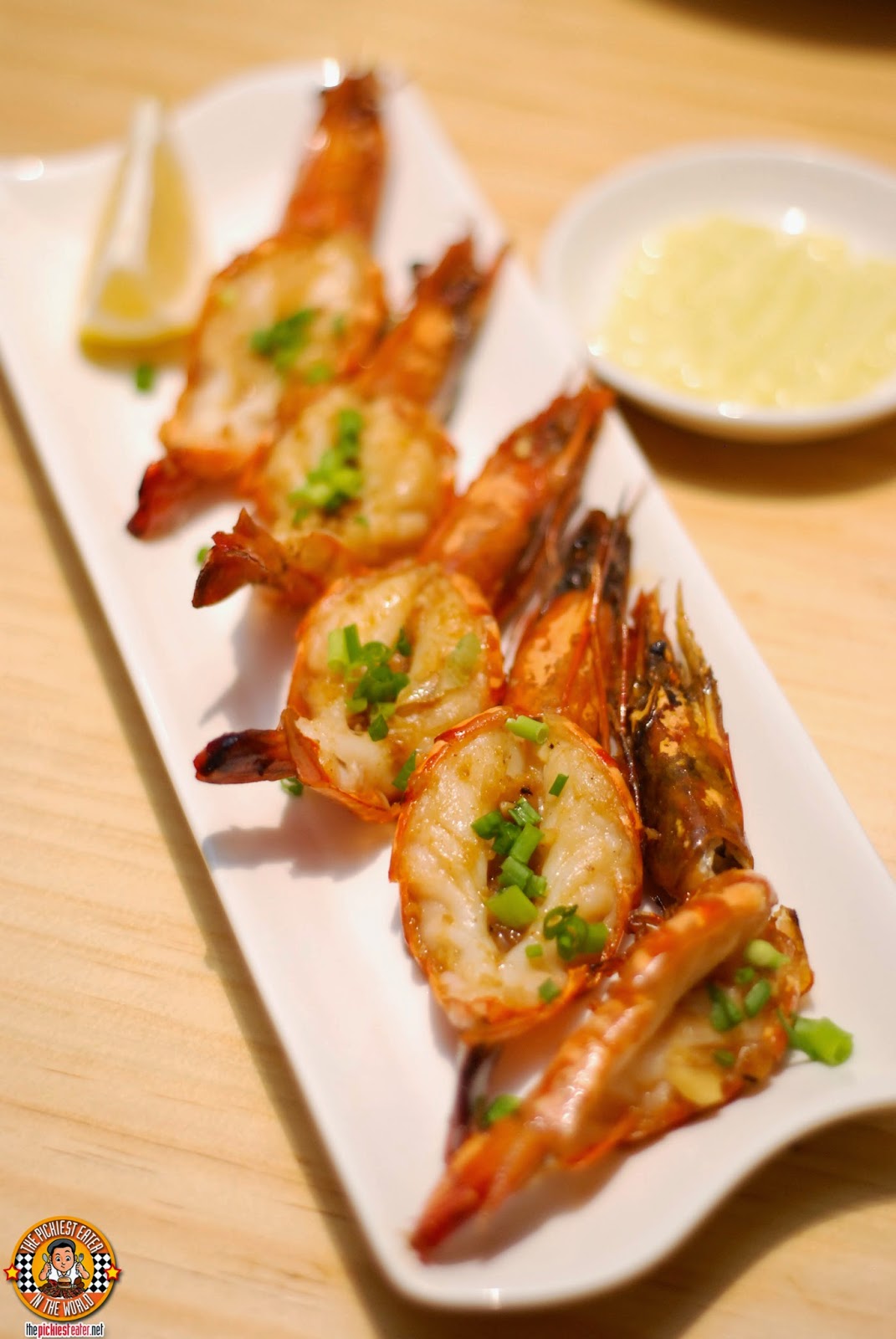 When I think of Prawns, I think of Rina. And like the Shellfish, she she doesn't always get to eat the stuff whens he's with me. Which is why it was actually quite sexy to watch her go to town on the plate of the Prawn Teppanyaki (P495).

Plump prawns are butterflied and seasoned in creamy butter and garlic, then sauteed the old school Japanese way. After a squeeze of lime and a quick dip into the Japanese Mayo, Rina was good to go! 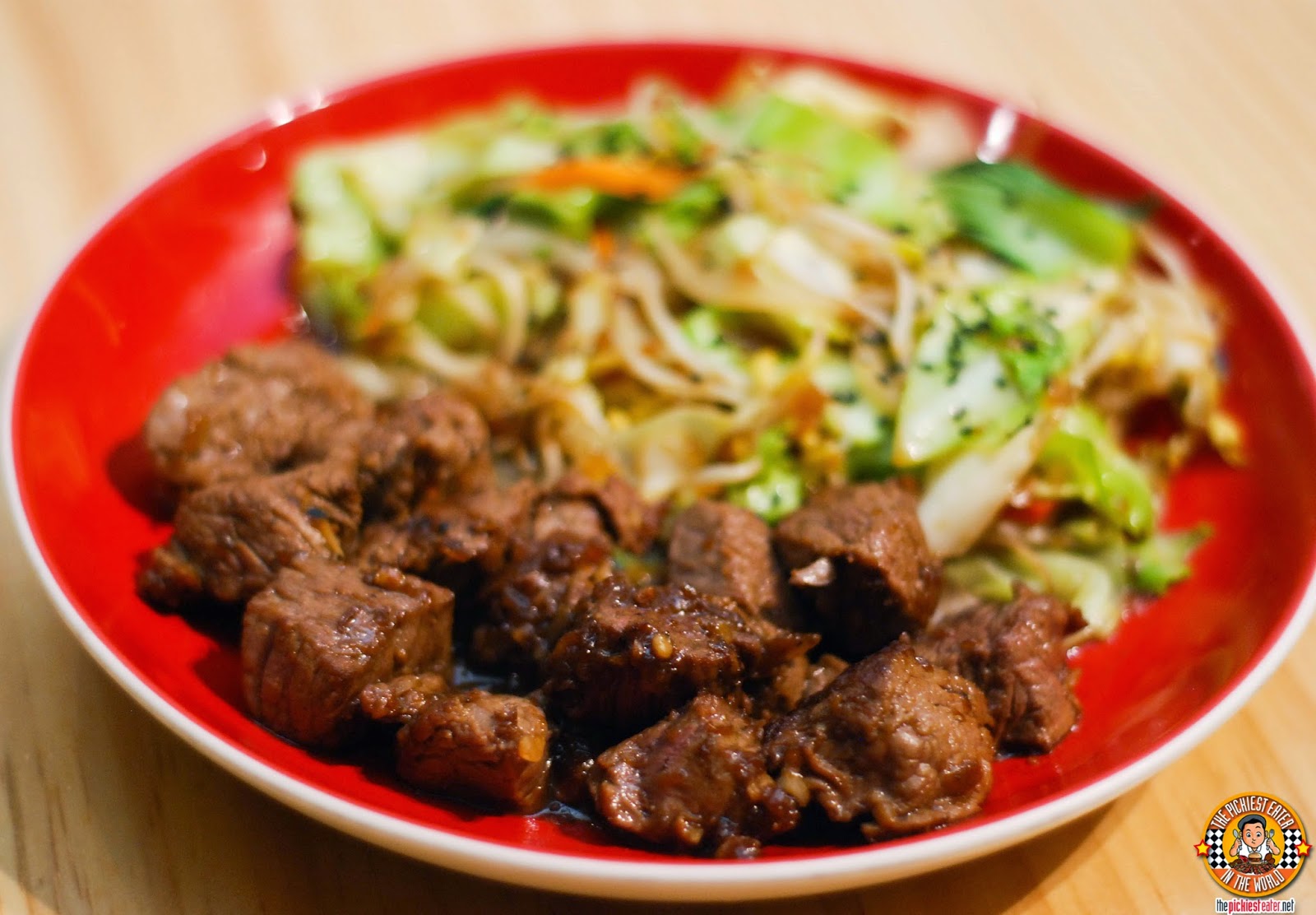 The Sake Beef, is made with thinner strips of beef that is sauteed in sake, and garlic and butter, and served with Coleslaw. Looking forward to trying this! 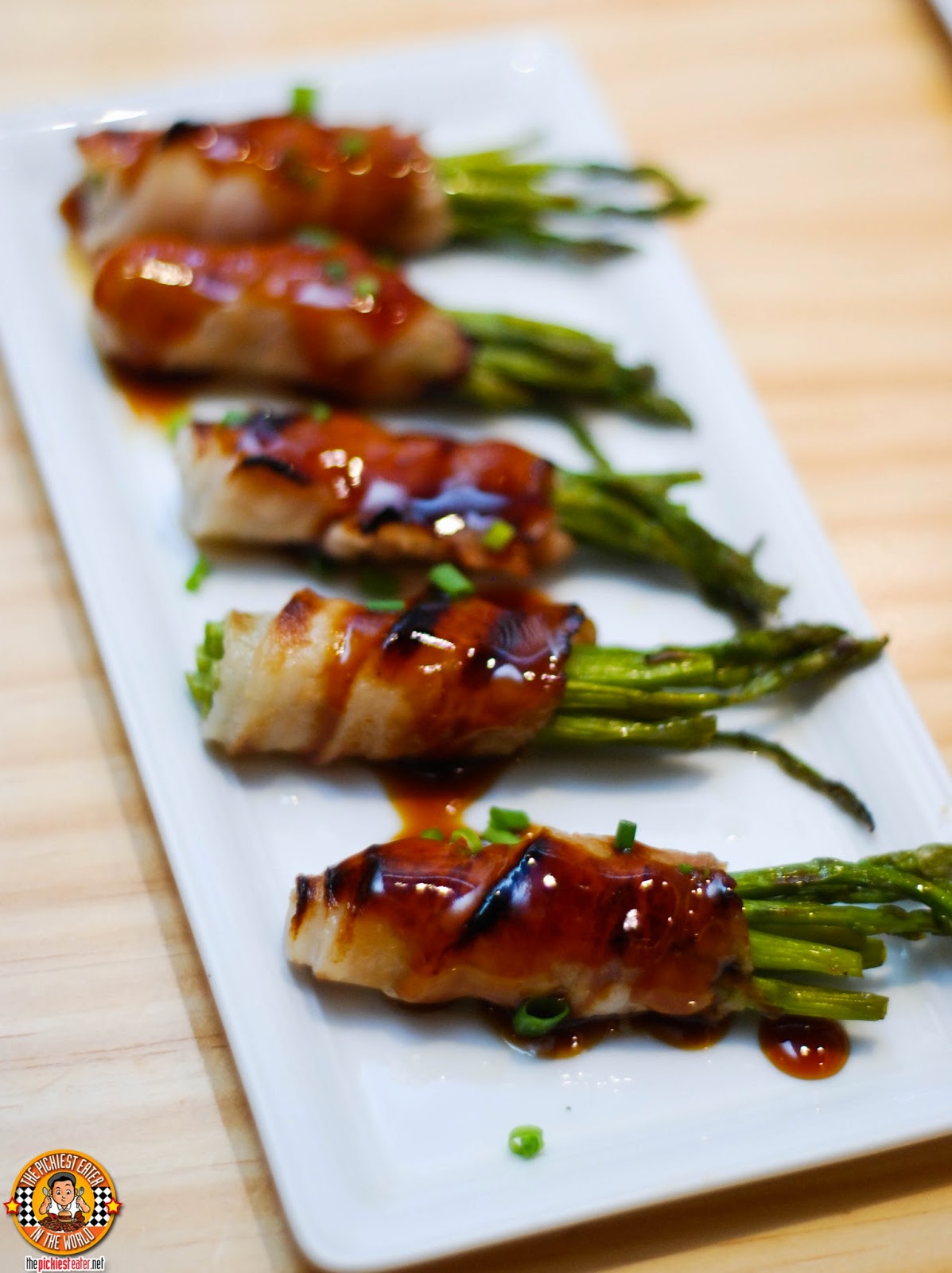 Osaka Ohsho's Bacon Cut Pork Belly Asparagus (P250) Teppanyaki proved that I will eat anything with Bacon in it. To my knowledge, this is the first time in my life that I willing ate Asparagus, and guess what? It wasn't all that bad. More than anything, it was that bacon glazed in a lightly sweet Teriyaki sauce that made me forget that there was green stuff wrapped inside it. 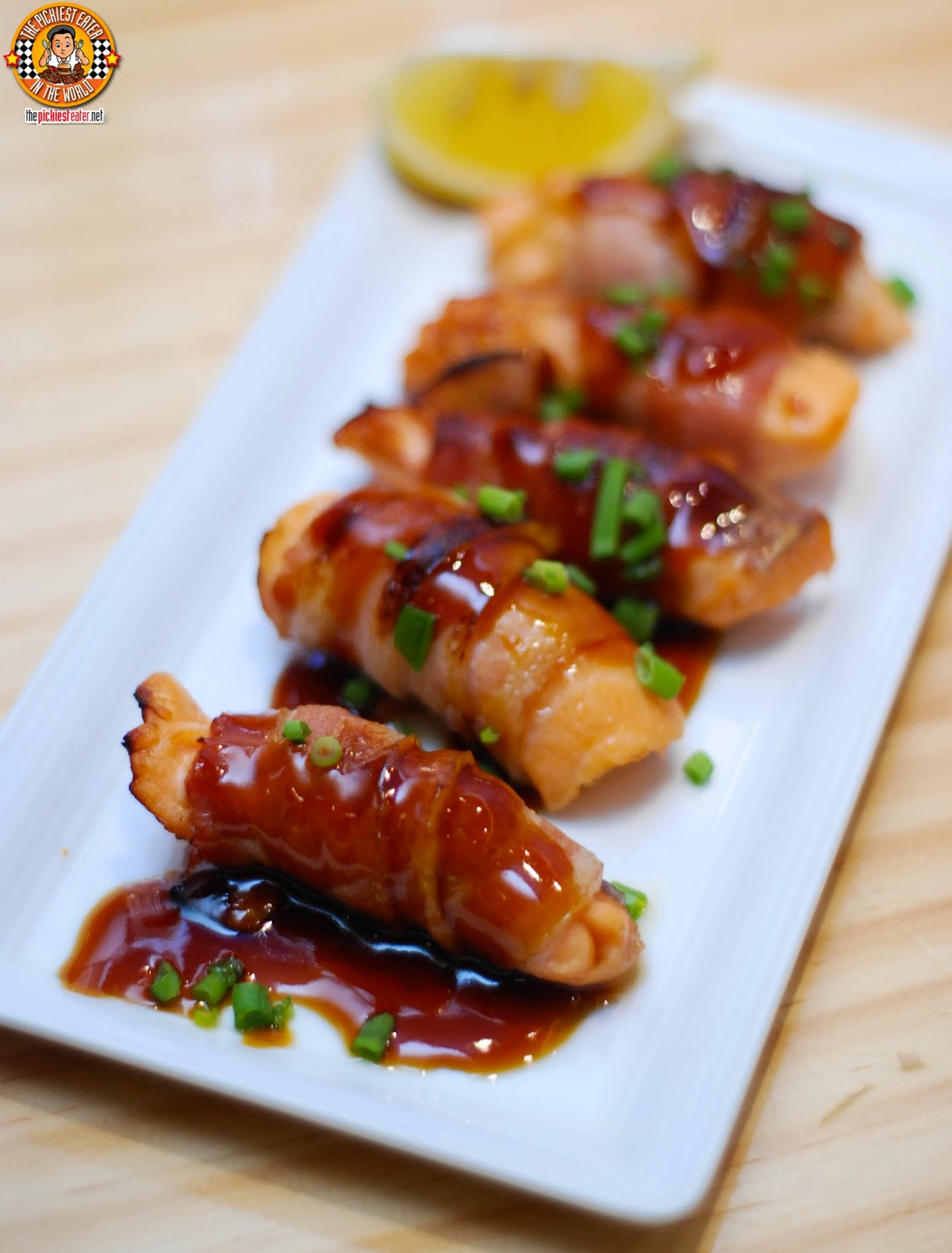 The hits kept coming with the Salmon Bacon (P370). A tasty cut of fresh Salmon is wrapped in that Teriyaki sauce coated strip of bacon, and awesomeness promptly ensues. The sweet-smokiness on the bacon melds perfectly with the natural saltiness of the fish, 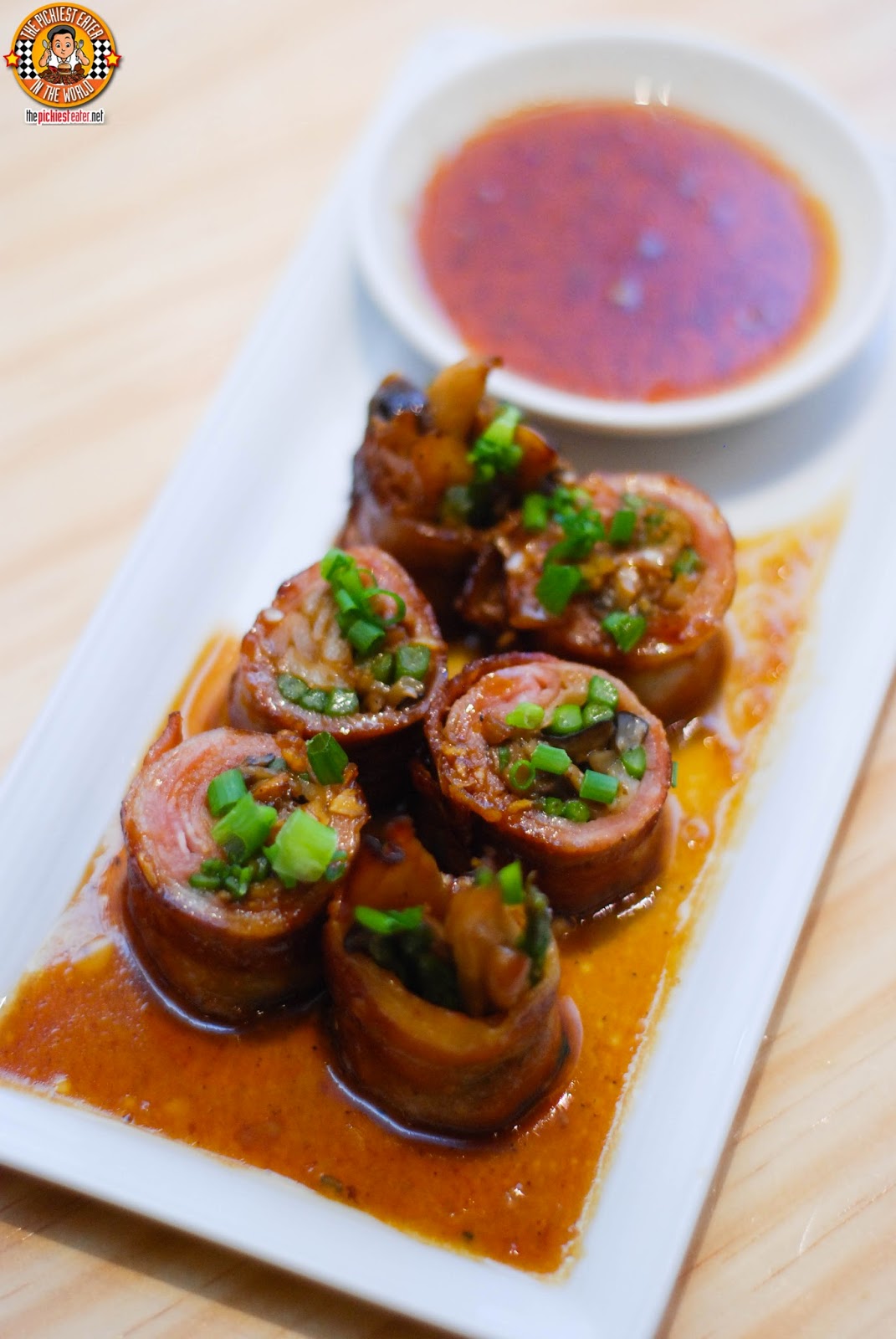 My favorite of the meal was the Mixed Mushroom and Bacon (P310), mainly because it was the one where the bacon was most prominent. The Mushrooms gave the bacon a delicate earthiness to go with the sweet-smoky flavor. It was so good, I was planning on swiping the entire plate and eating this with a fried egg and garlic rice..

Unfortunately, Big Bob of Osaka Ohsho caught me in action.. and made me march back to the table and demanding that I do that thing with the bacon.. umm.. that thing.. what's it called again? 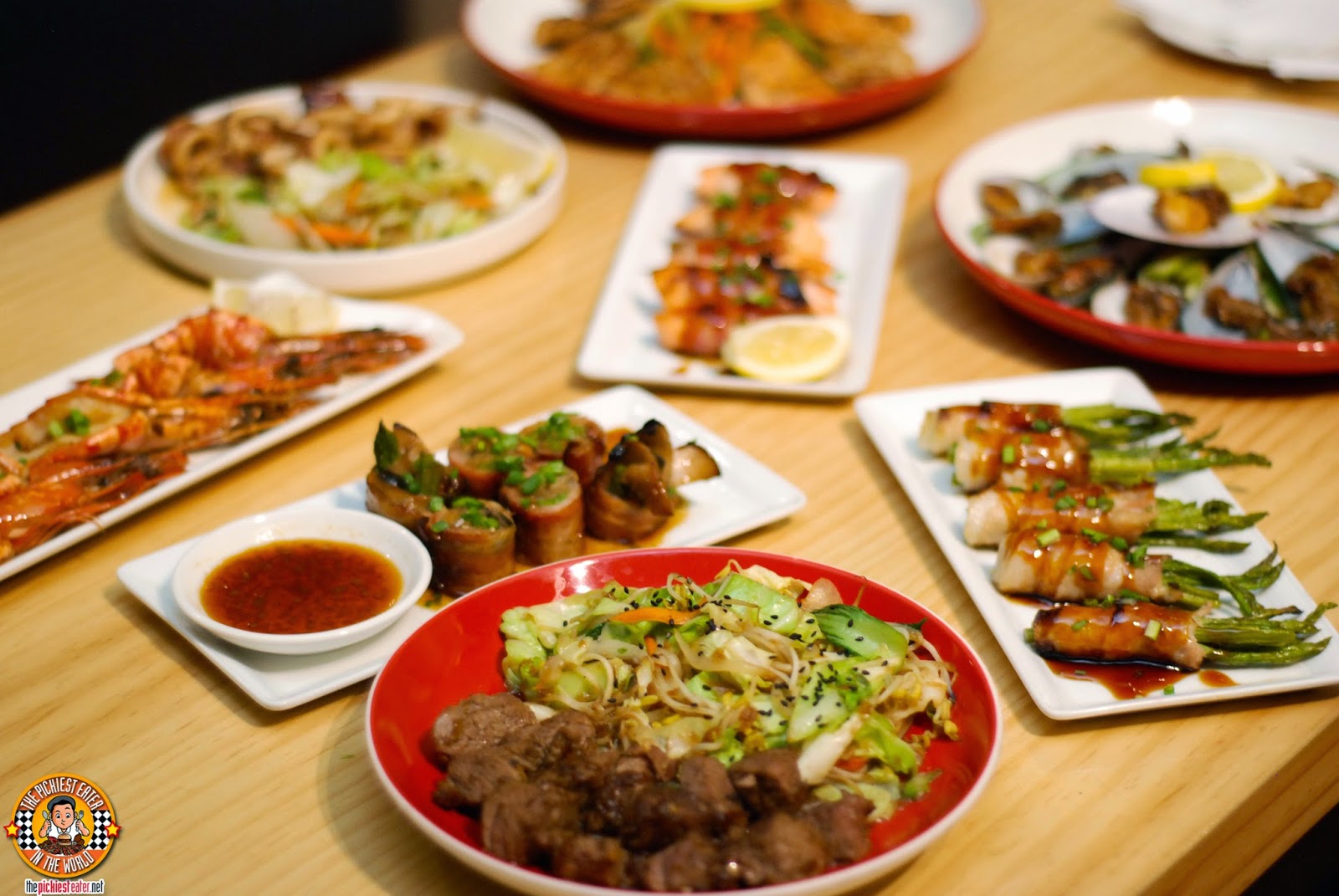 With the wide array of dishes to choose from, you should really be excited about Osaka Ohsho's Teppanyaki Festival! All the dishes pairs perfectly with their famous gyozas (Especially the bacon and cheese!), and are very reasonably priced!

The Teppanyaki Festival will be ongoing for a limited time only, and trust me, you don't want to miss out on those bacon rolls, so head on over to Osaka Ohsho (before I finish em all)!! 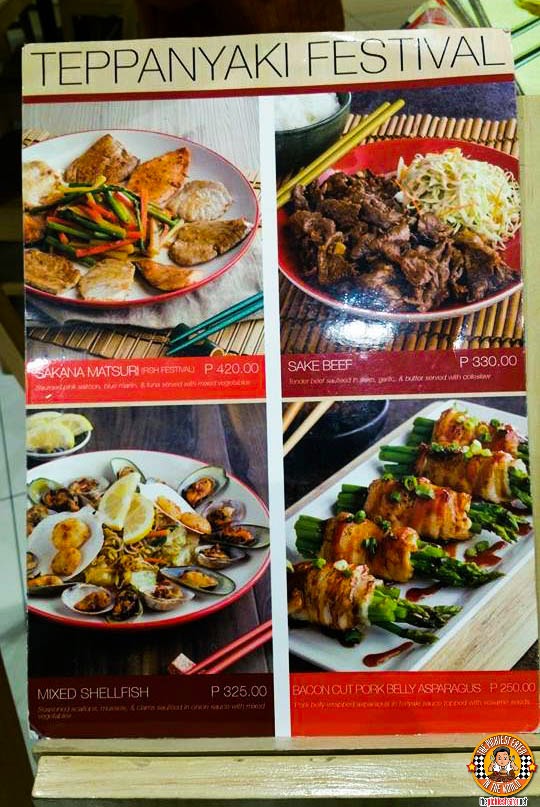 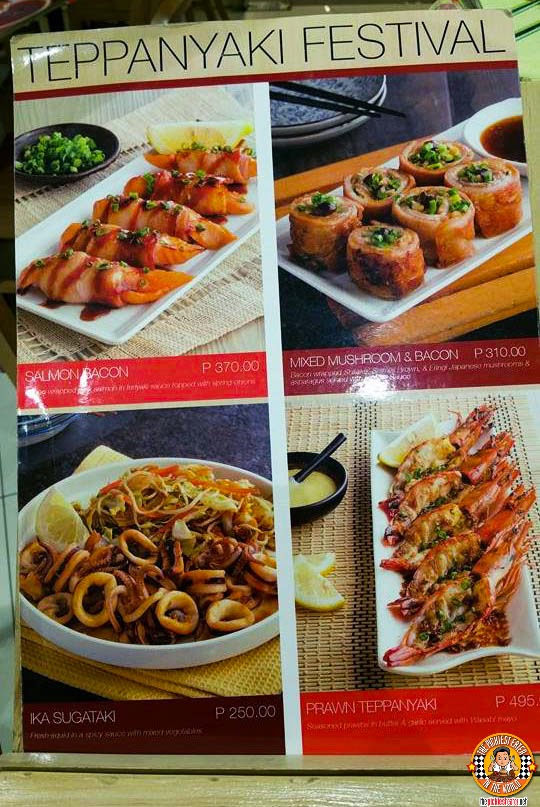