FROM PALETTE TO PALATE: RAMON ANTONIO AT MARCO POLO ORTIGAS 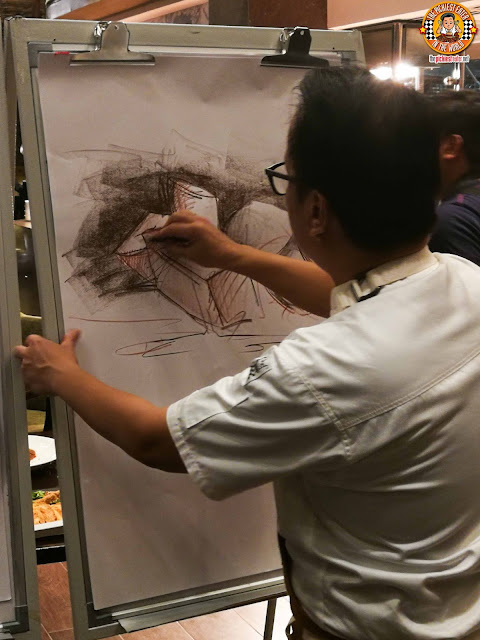 I first heard of Chef Ramon Antonio a few years ago when he developed the menu of the Da.u.de Tea Lounge, where he managed to infused different kinds of teas into several dishes, including one of the best burgers I've ever tried in my life.

Knowing his extensive experience and skill, I was thrilled to see that the latest food festival of Marco Polo, dubbed "Palette to Palate", featured Chef Ramon taking the reins of the kitchen of this prestigious hotel. Having prepared for Royalty and several Celebrities in the past, I knew this was no skin off Chef Ramon's back, but I knew this was an opportunity to see the maestro in action once again.

And once again, I left the restaurant completely in awe of this man's talent. 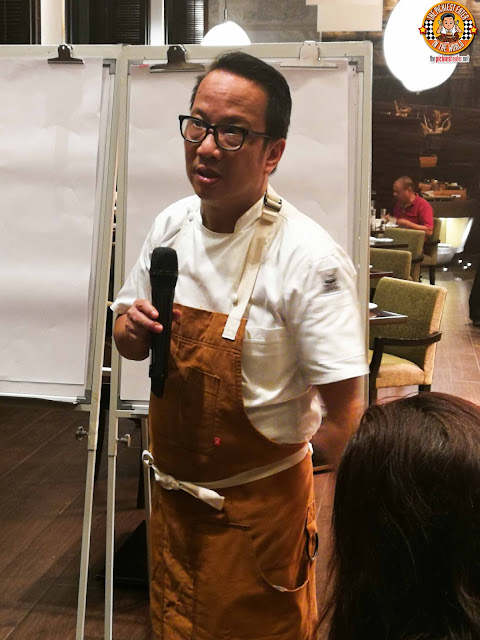 Chef Ramon is a true artist in every sense of the word. I'm not using that as a metaphor either. Not only is he an artist in the kitchen, but his dishes begin with him taking to a pen and visualizing on paper how his dishes would look, and what ingredients would go into it to give it an added vibrance and flair.

And from the paper, Chef Ramon gives it life in his kitchen.

Here is a glimpse of some of the items you'll find at the Palette to Palate Food Festival, happening from August 22-31: 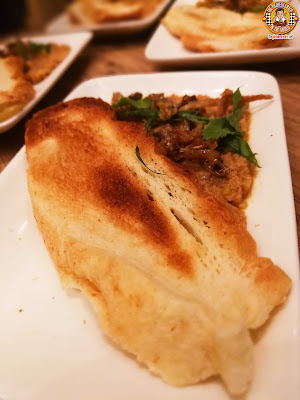 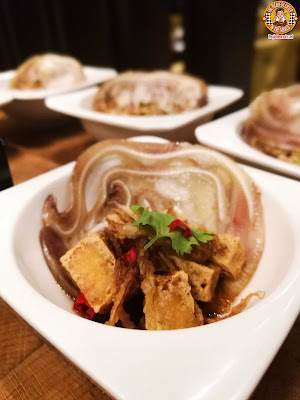 For starters, Chef Ramon warmed up our palates with Ginataang Santol (Bicol Santol in a coconut dip, served with crisp Camote Chips and Crostini), and the  Cavitenong Kulao, a distant cousin of Tokwa't Baboy. 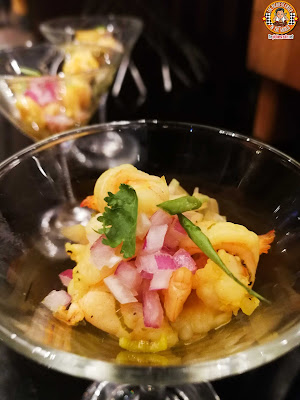 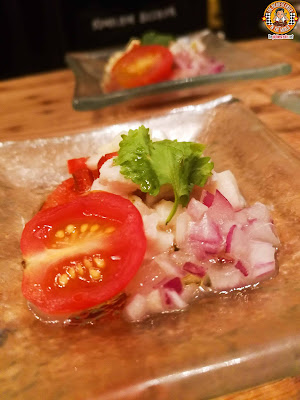 Also part of his line up was Biyaring, which is a Marinaw Style Shrimp Ceviche, and the Kinilaw Bisaya (Mackarel Ceviche done the Cebuano way). Both were crowd favorites. 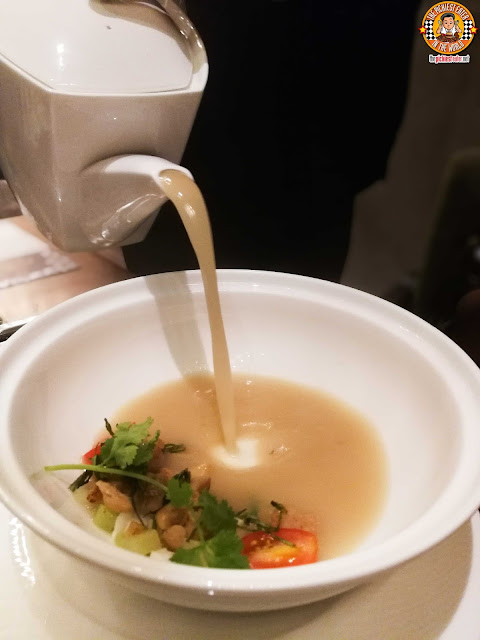 One of my favorite types of Soups is Chicken Binakol. Chef Ramon's style is done "Deconstructed", with the chicken and vegetables laid out on the bowl, and the broth poured separately. Truly one of the best I've had. 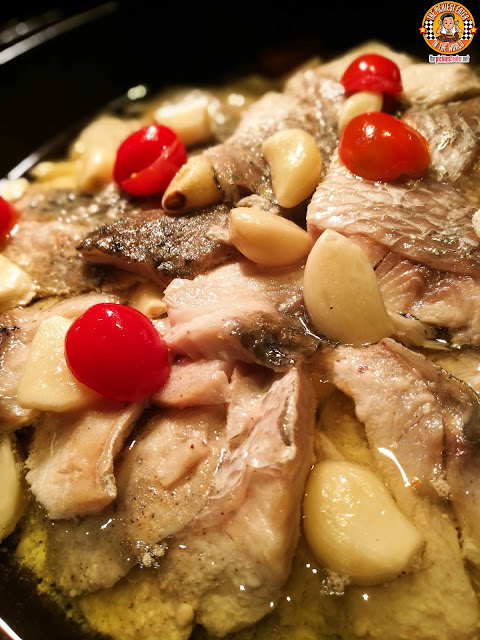 Chef Ramon then flexed his Pinoy cuisine muscles by preparing dishes from different regions, such as the Inun-Inun Nga Apahap, which was reminiscent of Paksiw na Isda, but given the twist that the chef is known for. 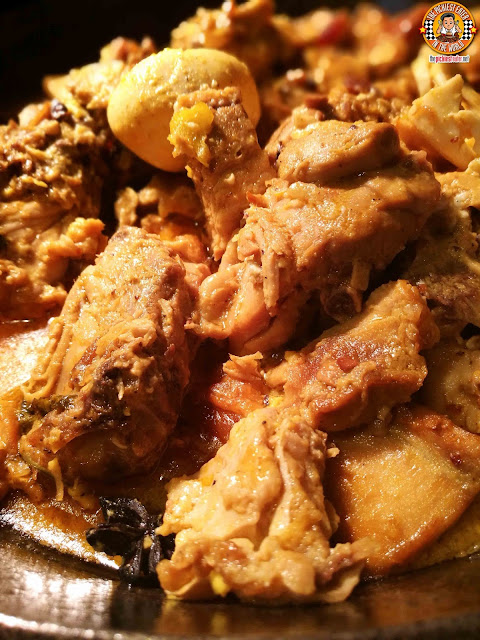 The Adobong Imus was a flavorful version of the Pinoy classic. 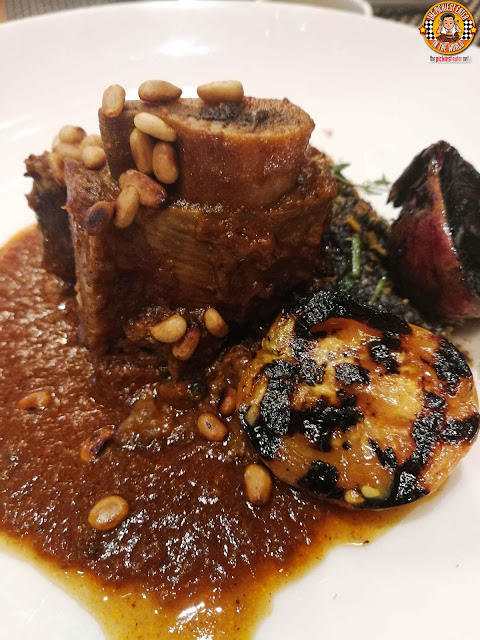 One of the highlights of the evening was the Kalderetang' Baka. At the risk of sounding morbid, this is one of those meals that you ask for when you're on death row. A slow cooked beef shank is braised in a Foie Gras infused liver sauce. The dish is served with Chef Ramons Squid Ink Bugas Mais creation, which pairs perfectly with the beef. 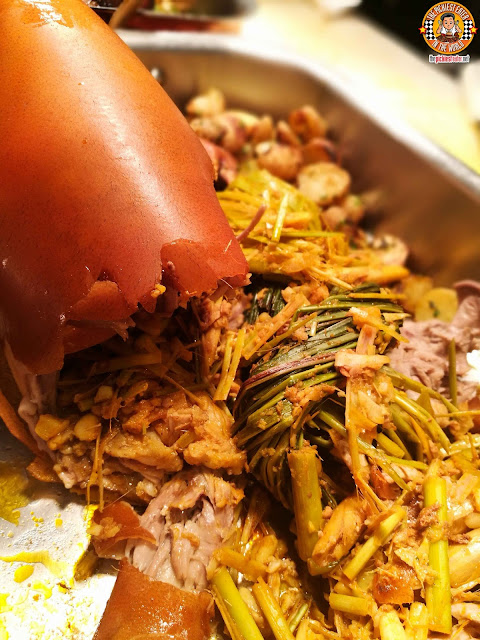 The Cochinillo was a sight to behold. A small roasted suckling pig was stuffed with lemongrass and other herbs for an added dimension of flavor. The crackling skin was absolutely magnificent, and I must have gone back for some three more times (conservative count hehe). 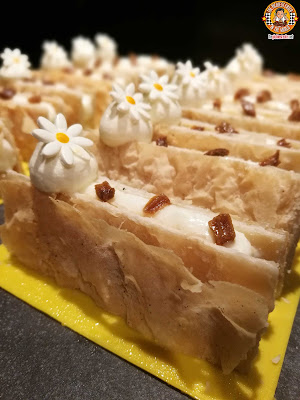 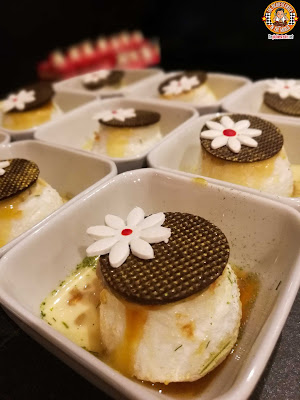 The Napoleones sa Pandan was a great version of the Bacolod native staple, imbued with the delicious flavoring of pandan. The Canonigo, a tasty caramel meringue, paired with a zesty orange custard, was nothing short of amazing. 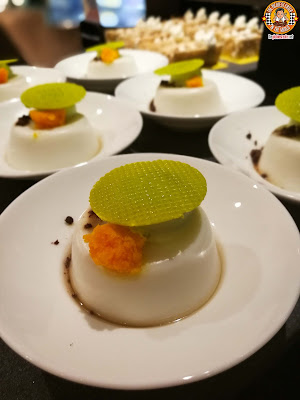 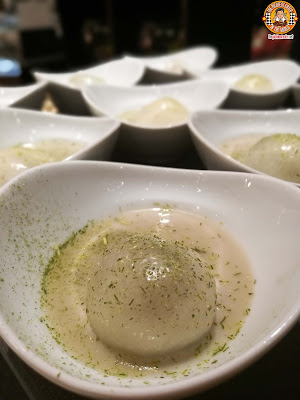 I wasn't expecting to enjoy the Tibok-Tibok, a buffalo milk Bavarois with pandan glaze, as much as I did, but its subtle flavors seemed to appeal to my palate. While the Masi, a Rice "Mochi Ball" filled with Peanuts and Palm Sugar, was unlike any i've had before. 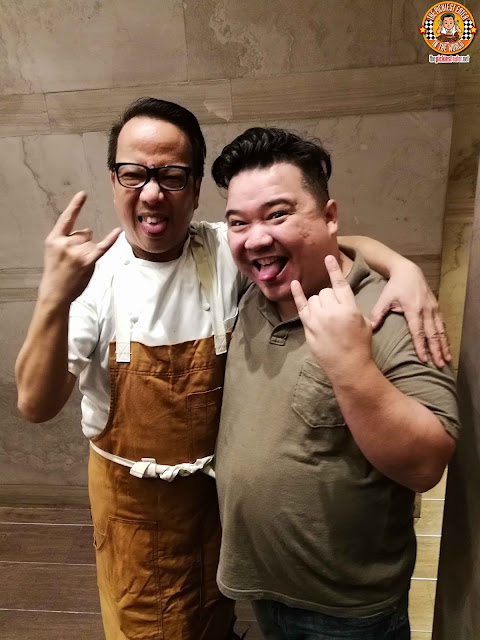 I knew Chef Ramon was a Rockstar chef, however this "From Palette to Palate" dinner, only reinforced that notion to me. Make no mistake about it, Chef Ramon Antonio is one of the most brilliant culinary minds that the Philippines has to offer, and I'm confident we'll be hearing a lot more from him in the near future. 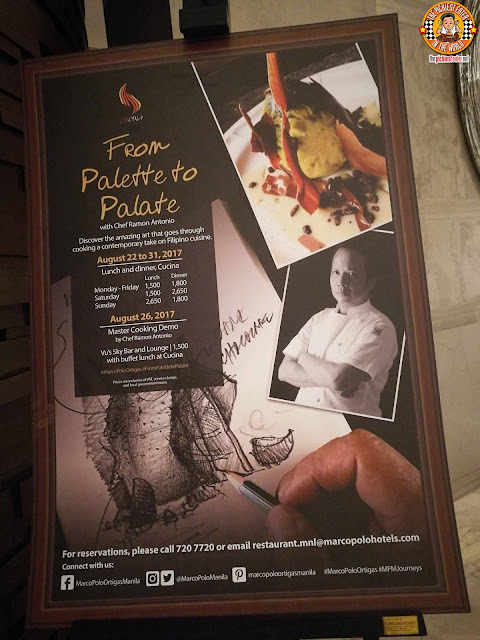 Immerse in a culinary art experience as Chef Ramon Antonio transforms each masterpiece from canvas to plate, such as Kalderetang Karnero, Sugpo sa Aligue, Filipino-favorite Cochinillo, and Napoleones sa Pandan.

Savour these contemporary Filipino favourites from different regions of the country at Cucina, from August 22 to 31, for lunch and dinner buffet.

Learn how he does his expert culinary skills for a cooking demo on August 26, at Vu’s Sky Bar and Lounge, at 10AM, for Php 1,500, inclusive of lunch buffet.