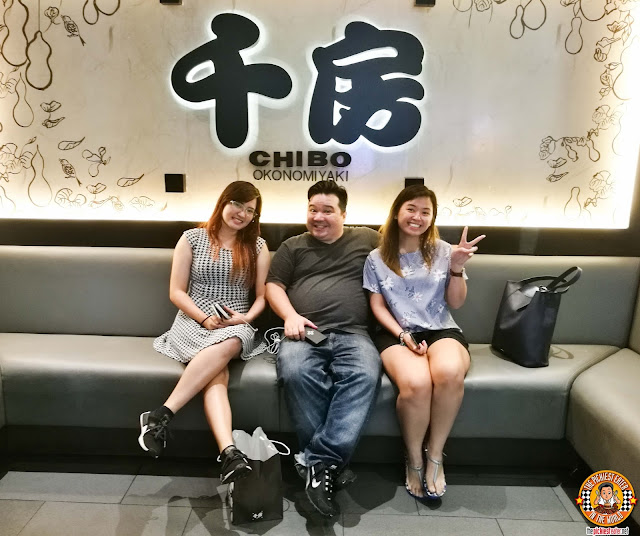 Japan sure has a way of coming up with food trends that we Filipinos seem to love. From Katsu, Ramen, Soba,Tempura, Teppanyaki and so much more, the demand for these incredible Japanese dishes have become so strong, that stand alone restaurants featuring them have been thriving. The next dish that seems to be catching fire is Okonomiyaki, with more and more restaurants setting up in the Philippines, giving us Pinoys a closer look at the delicious Japanese delicacy.

One such restaurant is Chibo Okonomiyaki, which opened earlier this year at S Maison Mall at Conrad Hotel. 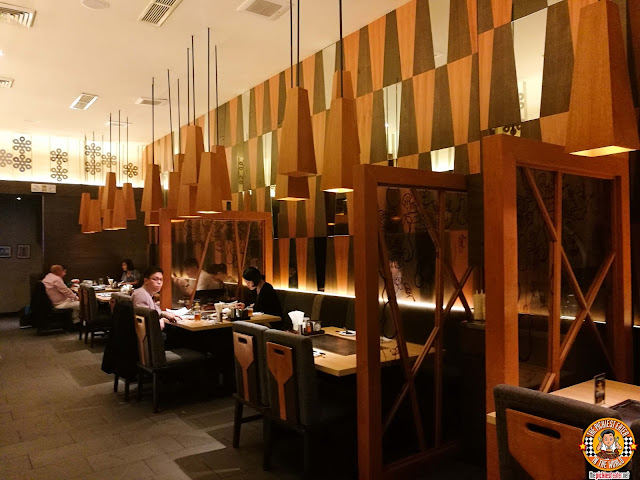 An Okonomiyaki is a savory Japanese Pancake, with the variety of ingredients that you can put making it part of your delicious experience. Chibo has developed a menu that offers a little something for everyone, ranging from Seafood heavy Okonomiyakis, to All Meat marvels.

The Pancakes are cooked on the teppanyaki hotplate at the center of your table by the attendant, right before your eyes. 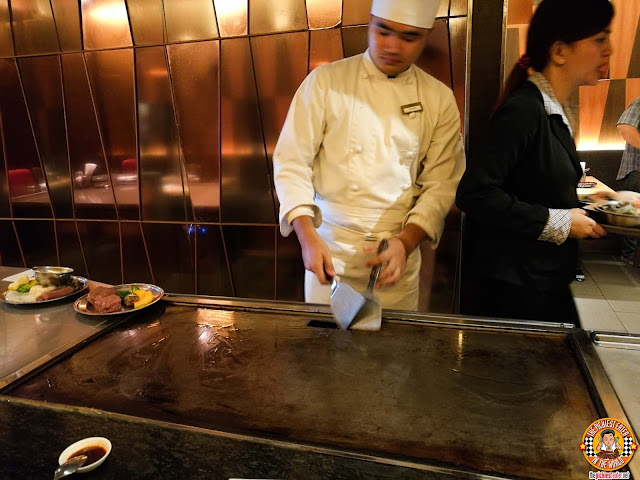 Chibo Okonomiyaki's branch at S Maison has a function room for groups, where a large Teppanayaki table is installed, allowing you to watch the chefs in action, as the whip up more than just Okonomiyaki dishes. If you're lucky, Chibo's Executive Chef from Osaka himself will man the teppanyaki table, however the Filipino Chefs are also excellent. 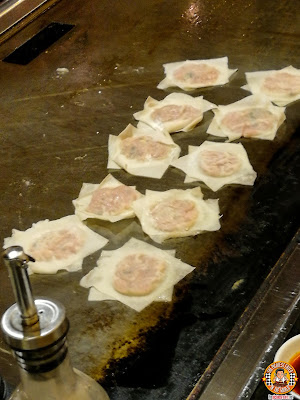 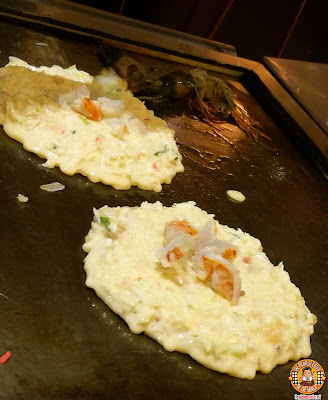 Watching the dishes being fried right in front of us was more than enough to get my tummy growling! 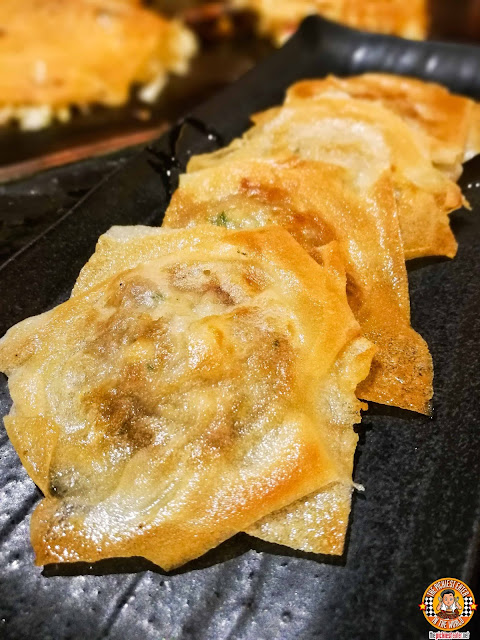 You've got to start your meal at Chibo with the Gyoza Teppan (P168). It's actually closer to a "Pinsik Frito" than it is to the traditional gyoya, being pan fried to a delicate crisp. My daughter and I absolutely love this, and two orders aren't enough for the both of us. 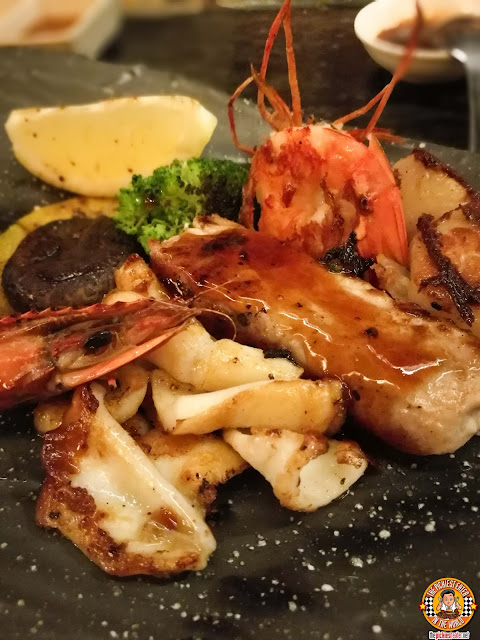 If you want to get in on dishes freshly cooked on the Teppanyaki table, you can start with the Assorted Seafood (P688), which consists of a medley of prawns, scallops, salmon, squid, and assorted vegetables, cooked right in front of you. 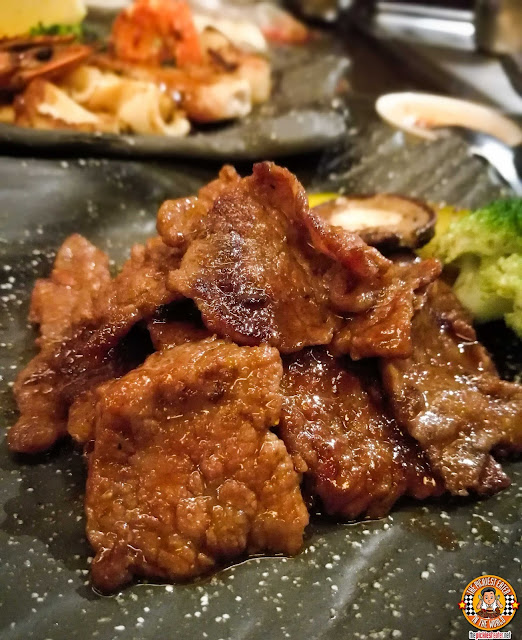 Being a carnivore, I was more particular to the US Angus Beef Short Rib (P788 for 120g), which was cooked exquisitely, with the natural flavor of the beef dazzling your taste buds. 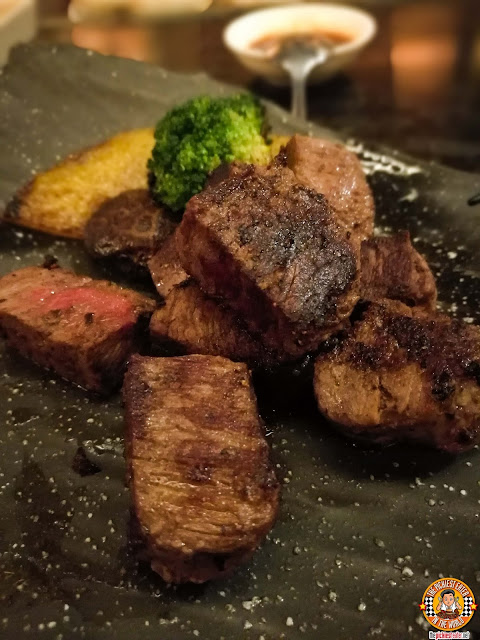 And despite the fact that the Tenderloin is easily my least favorite cut of steak, I have to admit that the (US Beef Tenderloin Steak P988 for 120g), was absolutely delicious. 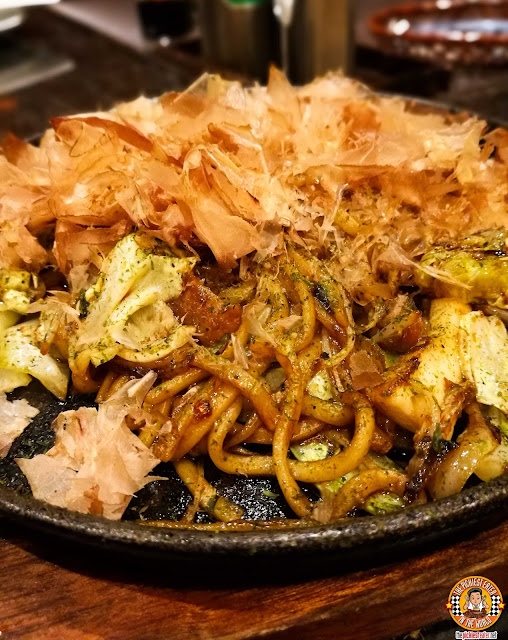 The Buta Yakisoba (P238) was also something that I enjoyed immensely. Delicious stir fried noodles with strips of pork in it, blended harmoniously with that tangy Yakisoba Sauce really hit the spot. 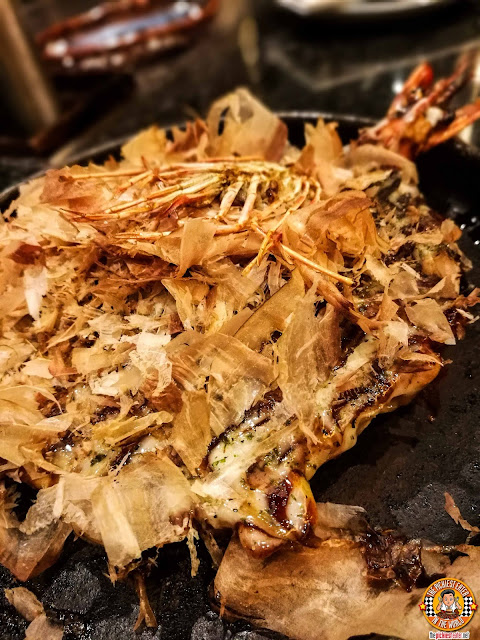 As delightful as the Teppanyaki entrees were, Chibo doesn't have the word "Okonomiyaki" in it for no reason. We were encouraged to start with the the signature Chibo Okonomiyaki (P488) itself, which was a medley of prawn, scallop. beef, and pork, cooked into a soft, fluffy pancake, and heavily drizzled with delicious Okonomiyaki Sauce and Japanese Mayo, then topped with Bonito flakes. 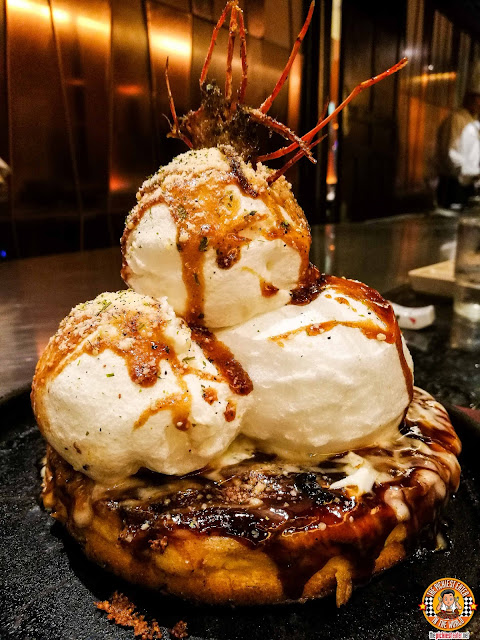 One unique dish that you must not miss when dining at Chibo Okonomiyaki is the Shirayukihime (P588). This is elite level Okonomiyaki, with the texture of the pancake done extra soft and thick, and filled with prawn, bacon, pork, tomato, avocado, cheese, then topped with a creamy meringue. 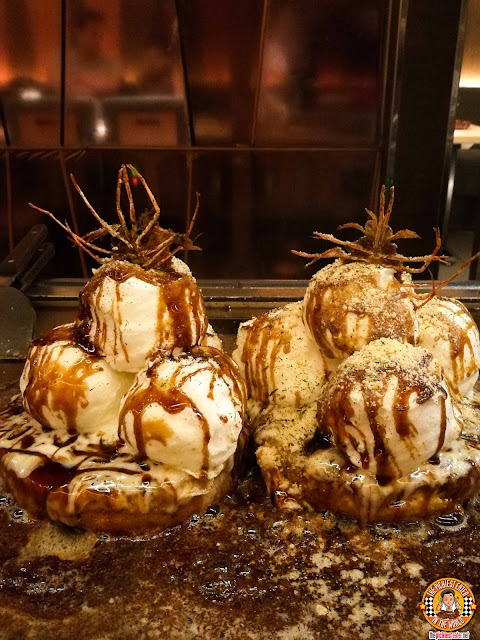 I'll admit, the pairing sounds rather odd but it's absolutely delicious! A definite MUST TRY when you're at Chibo Okonomiyaki! 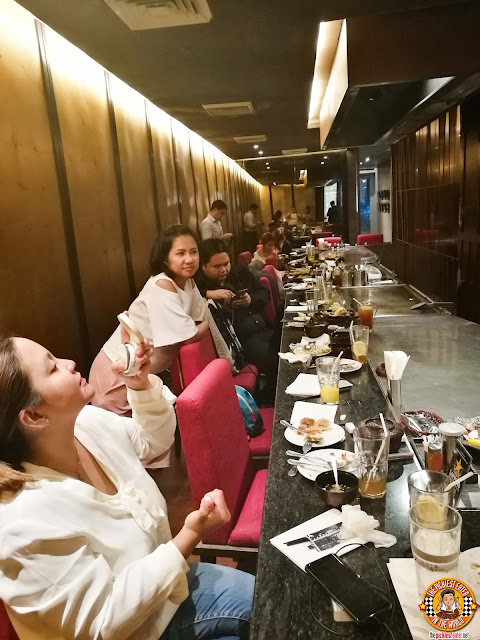 Chibo had a wide array of Okonomiyaki dishes for me to choose from, helping me expand my horizons as I continued my foray into Japanese cuisine!