THE LOBSTER BUFFET OF CORNICHE AT DIAMOND HOTEL - RinaZ 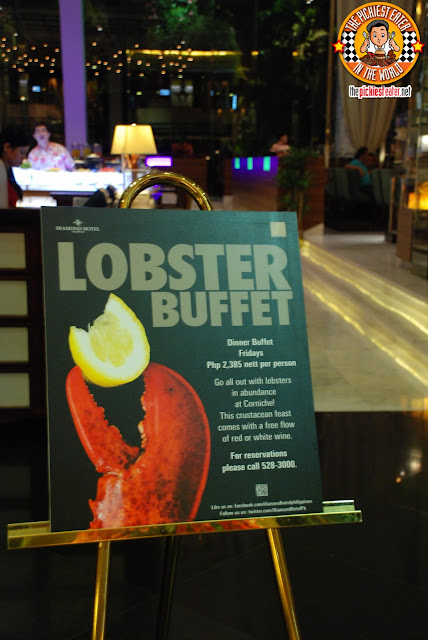 Flashback: It was a humid night, and Richie and I were walking by the beach of Boracay somewhere in station 3 looking for a fun place to have dinner. And I spotted some lobsters. Honestly I totally forgot the details but somehow I thought the lobster was not that expensive and I insisted on getting one. And before we knew it, we were staring at a bill that says "Lobster - P1,200" ha ha ha ha ha (sweat + nervous laughter).

So when we were asked to join a dinner at Diamond Hotel for a Lobster Buffet, I was more than willing. Lobsters, it's payback time!

This display will be the first thing that you will see when you enter the Corniche. Isn't it beautiful? As soon as I saw it, I think I heard angels singing. In this beautiful display, 2 elements are clearly the stars. 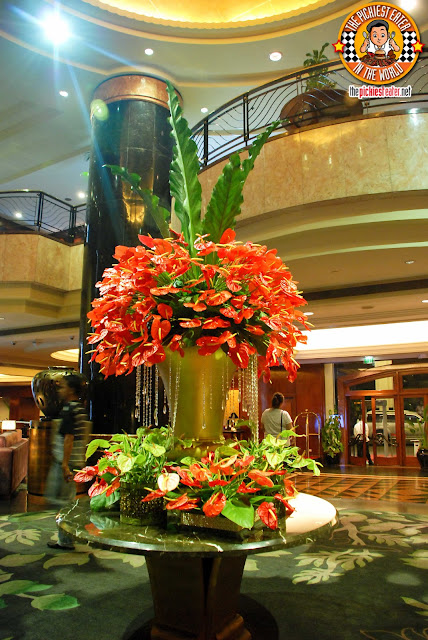 It was my first time at Diamond hotel and it was actually quite nice! 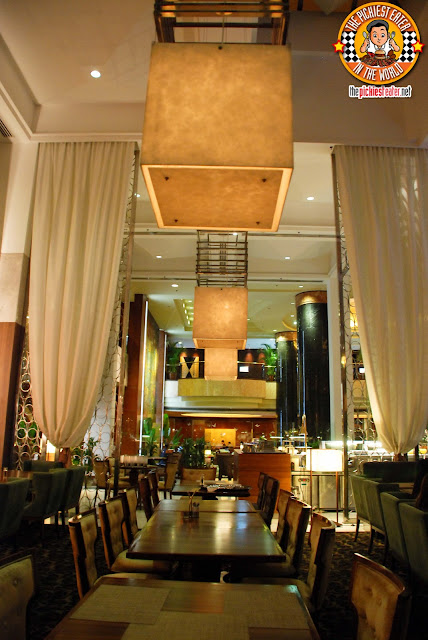 Their buffet restaurant, The Corniche, is a big space with really high ceiling and chandeliers giving it a grand effect. 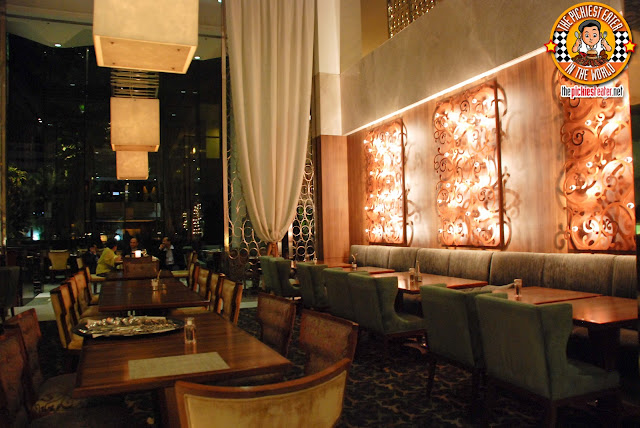 The Lobster Buffet poster will greet you by the entrance of The Corniche. This buffet is every Fridays starting at about 6PM onwards. 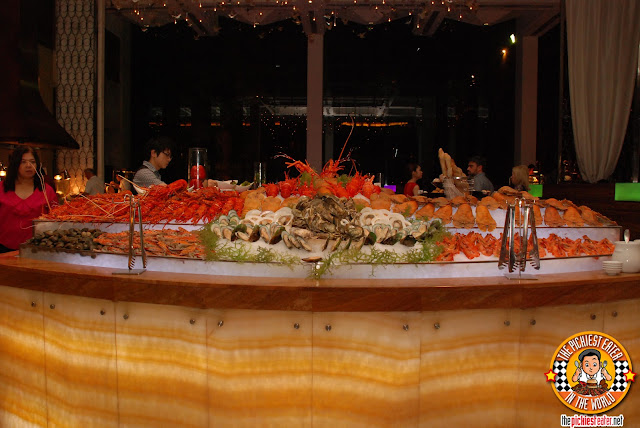 The spiny lobster (top left)and the slipper lobster (top right).The best supporting crustaceans cab be seen at the bottom are some crabs and different clams. You can pick whatever you want and then ask them to cook it how you want it.

Below are some of their special lobster dishes:

I got 3 pieces of the spiny and 1 piece of the slipper. I asked them to cook it with butter and garlic. But when it was served to me, I wasn't sure if it really was buttered garlic because I didn't see any butter.


No matter, I didn't even bother to double check and just ate it anyway and it was good. My taste buds were just looking for some type of sauce to go with it.  So I asked the waiter if he could give me melted butter and garlic. That's right!


By the time that I only had one spiny lobster left, I had to stop because I was starting to get a headache and I didn't want to push it. Now I regret not touching my last lobster.

I accompanied my lobster with the lobster fried rice which I really loved.


They even had lobster sushi, for crying out loud.

Here are some photos of other food that I took but unfortunately didn’t get to try, and didn't get to ask the name. I was just so hungry I started taking photos (stupid traffic!): 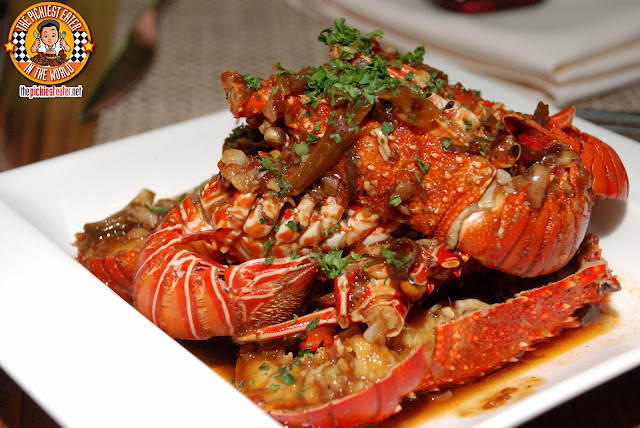 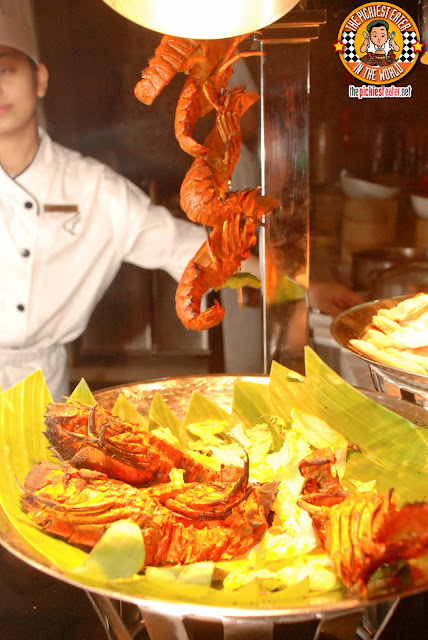 There were a lot of other cuisines available but I was just too full and a second away from exploding. So I just headed over to the desserts and washed my taste buds with yummy sweets. And then enjoyed some coffee with a dollop of funny stories from the group.

So just imagine all of these scrumptious food, plus a glass of red wine or white wine, all for P2,385 nett per person! Totally worth it!!!

I also found out that Diamond has all kinds of buffet, one of which is the Late Night Dinner Buffet. Its every Fridays to Saturdays starting at 10:00 PM to 2:00AM. It's P888 per head, with free flow glass of lemonade, sodas or local beers and accompanied by good music by a live band!

This was a really fun evening not only because of all the lobsters but I really had a great time with our blogger friends. I would love to go back here with Richie :-)
Posted by Unknown at 12:01 AM

Email ThisBlogThis!Share to TwitterShare to FacebookShare to Pinterest
Labels: Buffet, Diamond Hotel, Manila, Seafood, Where to eat in Manila