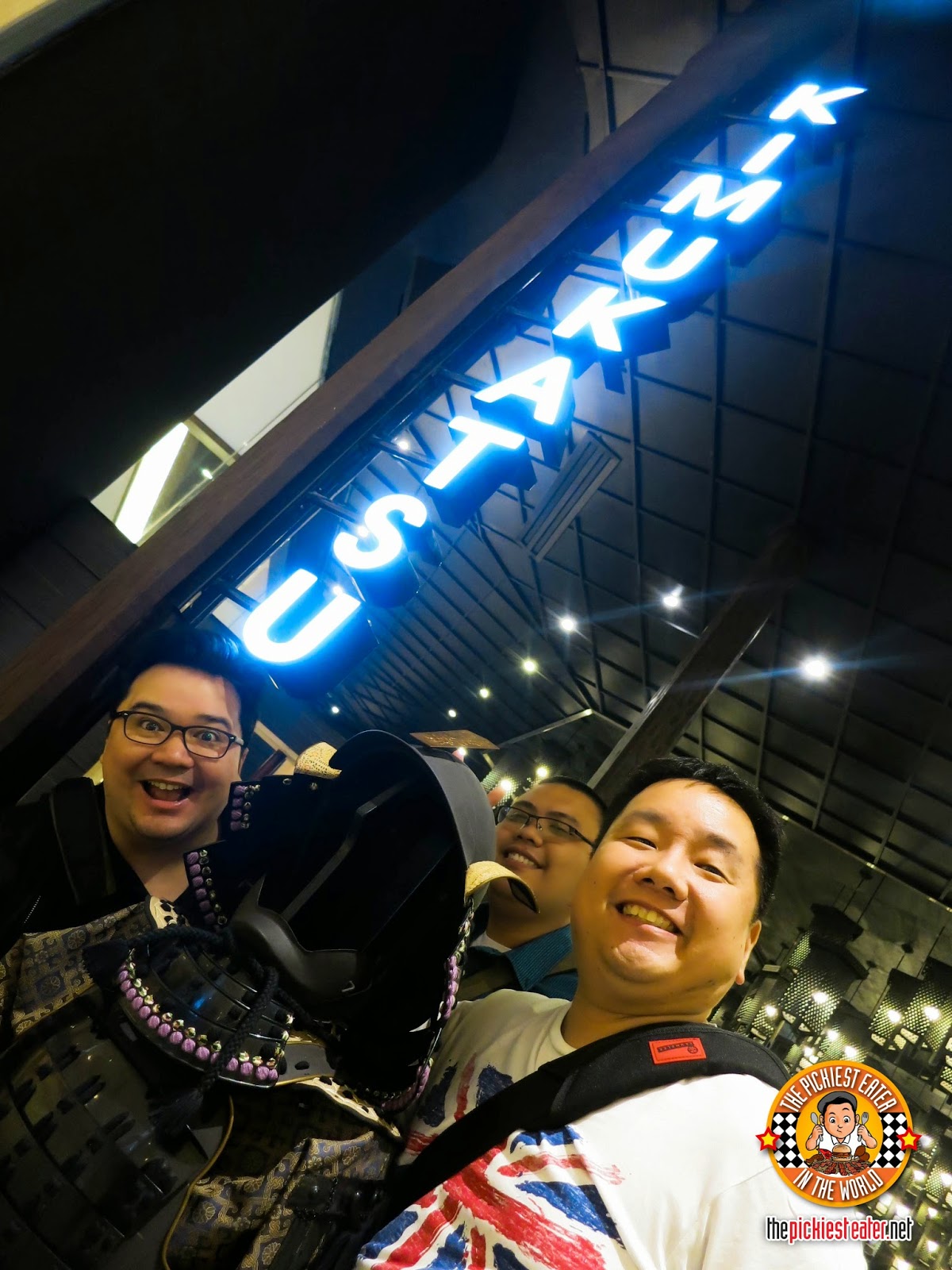 There have been are some very good tonkatsu places that have sprouted in Manila, each having their own fans. And they have been battling neckand neck, but just when you thought the tonkatsu wars could not be settled, in comes another very good one!

Kimukatsu is a famous tonkatsu place in Japan that has now reached the Philippine shores. Famous for its 25 layers of thinly sliced pork cutlet stacked and pampered up with their special bread crumbs, and 7 amazing flavors of tonkatsu, Kimukatsu has been making a buzz in the tonkatsu world 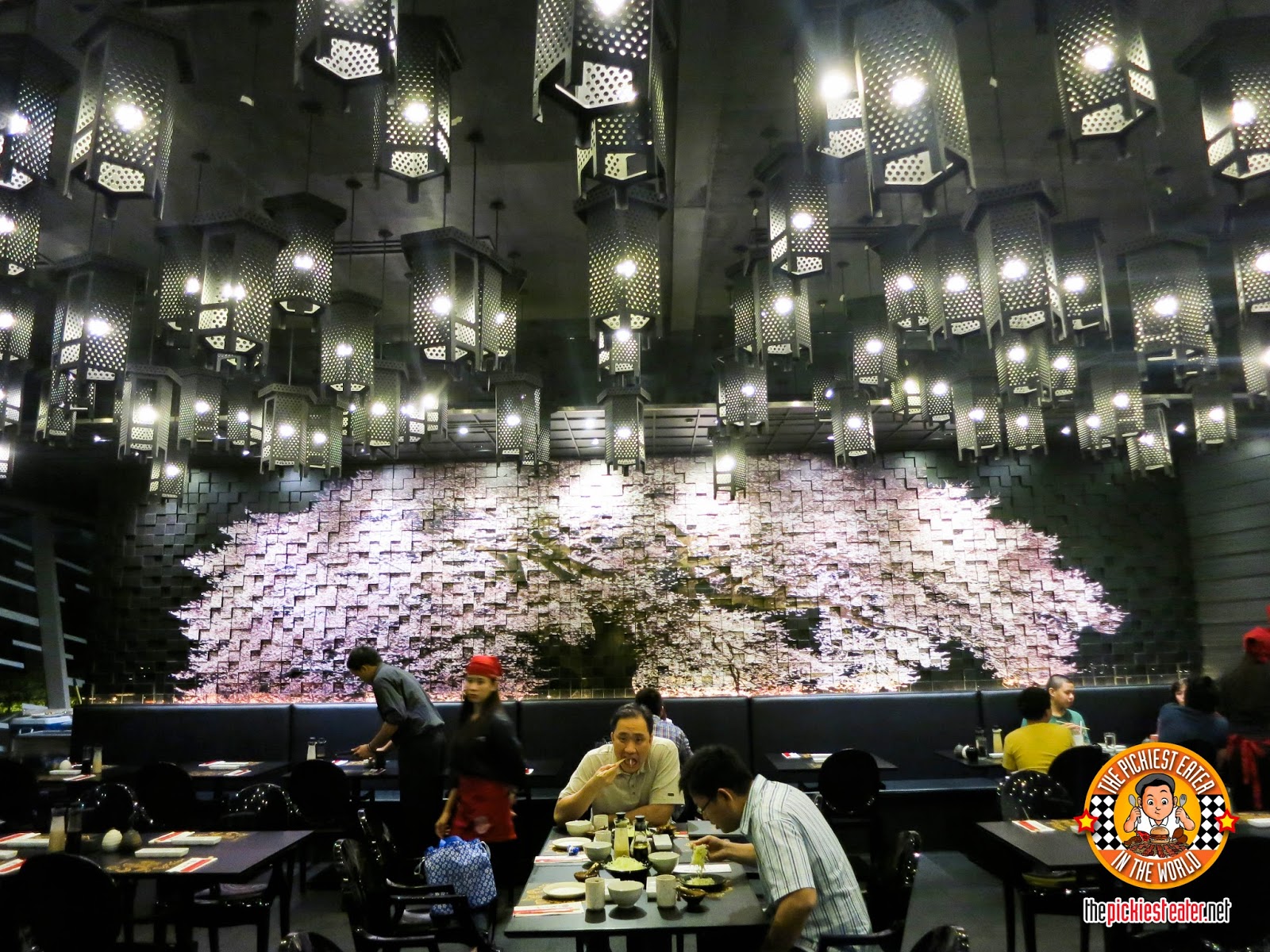 The interior is like a magical zen world. Don't the ceiling lights look like fireflies hovering near that magical cherry blossom tree? I just love it! 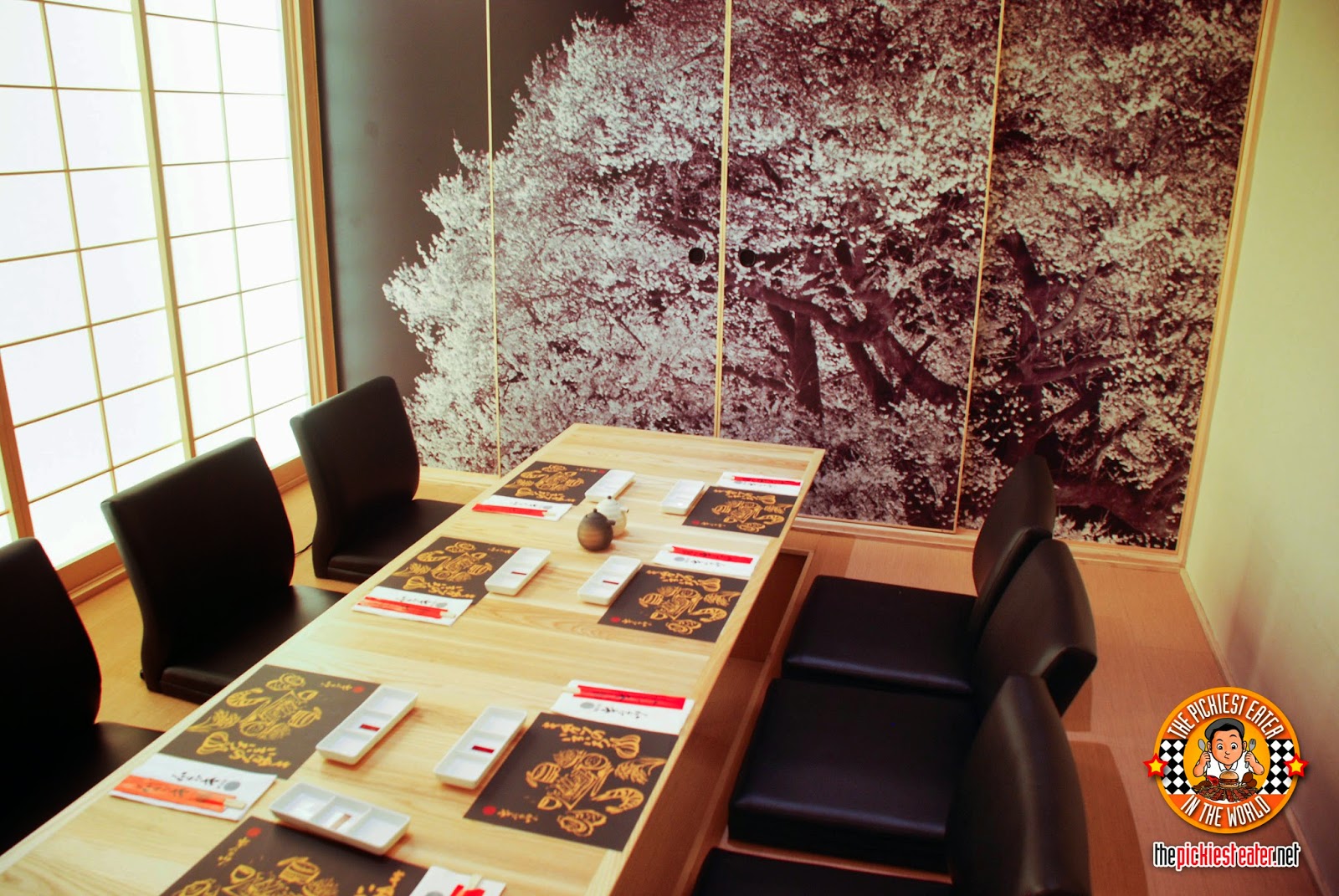 They also have 2 small private rooms for private functions 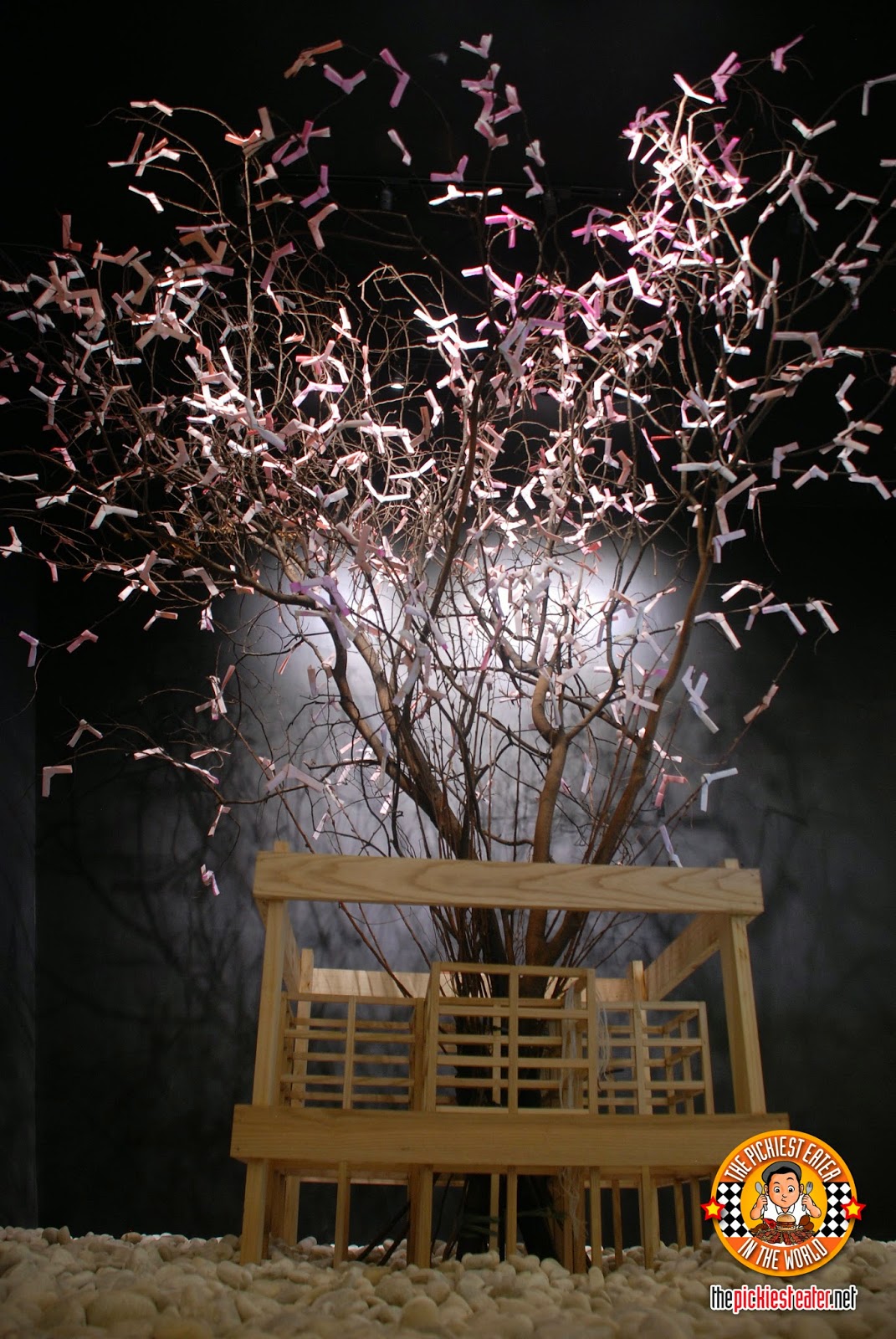 Walk further to the back and you will come across this secluded zen garden with pebbles and a beautiful tree in the middle (Well it's not actually secluded because the people from the restaurant can see you through the glass walls haha! 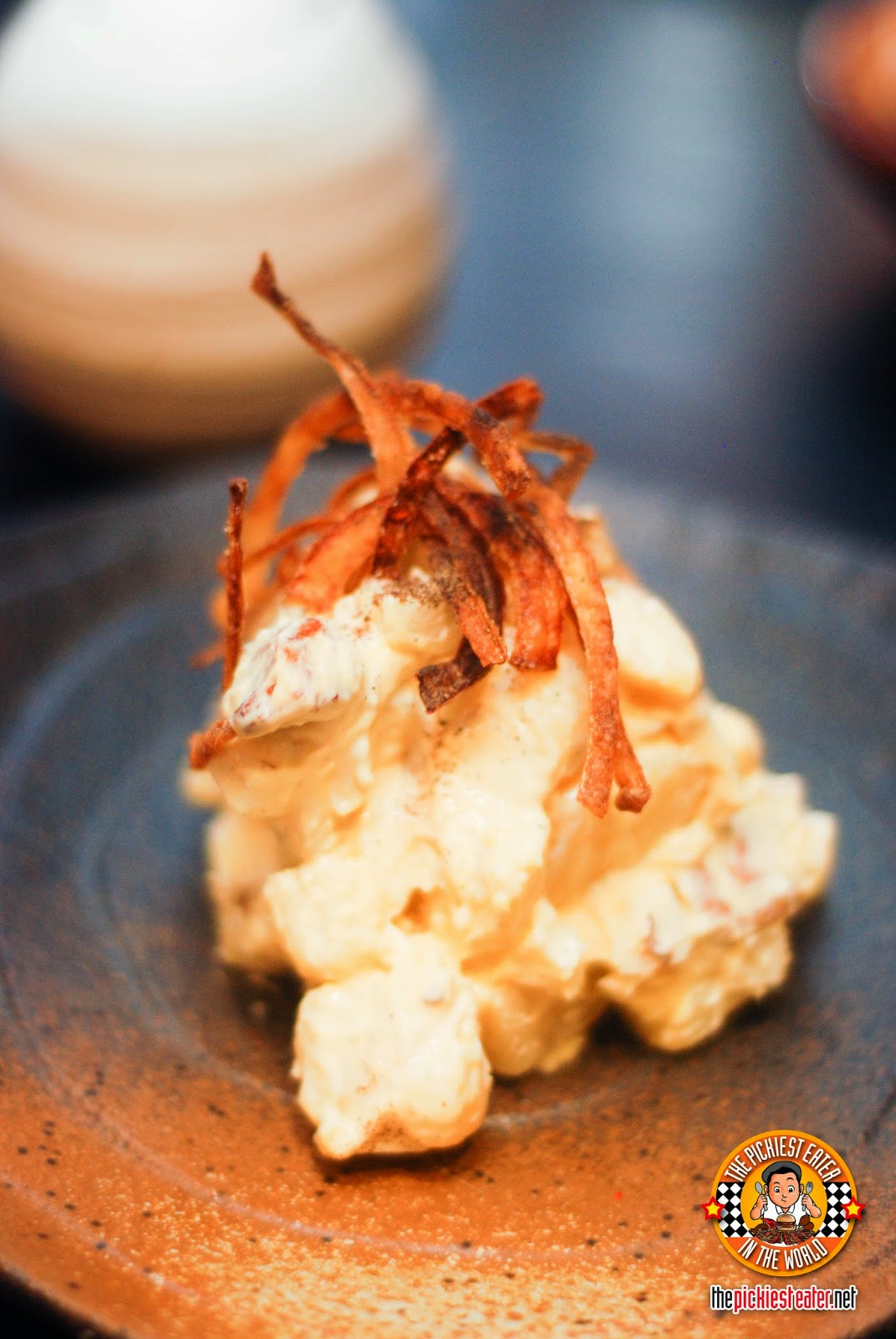 We started with a variety of appetizers. Richie liked this this potato salad (P130). Seasoned just right and  refreshing at the same time. 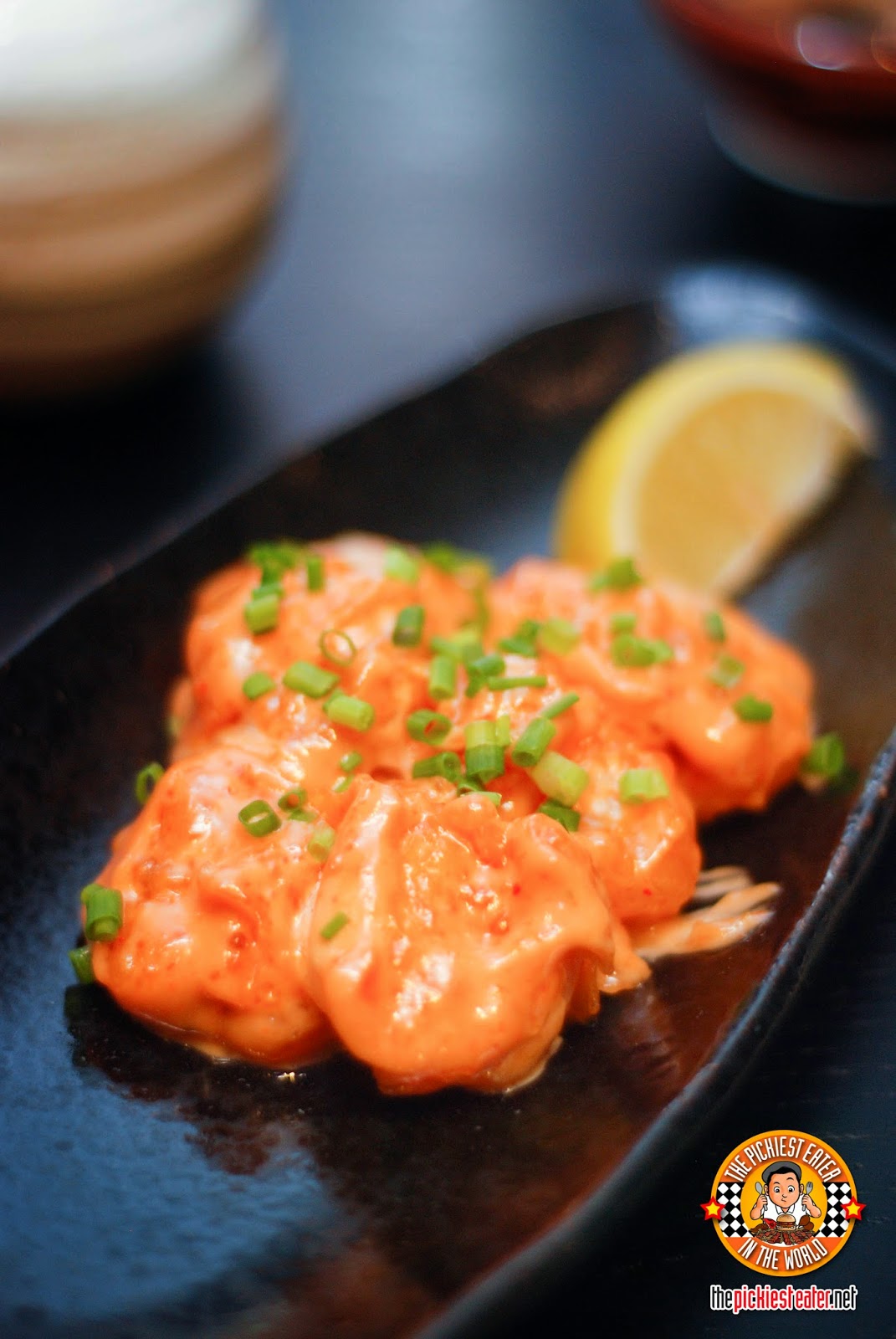 The Ebi Mayo (P210) was my favorite Anything with mayo, I like (so far). Really soft and creamy. 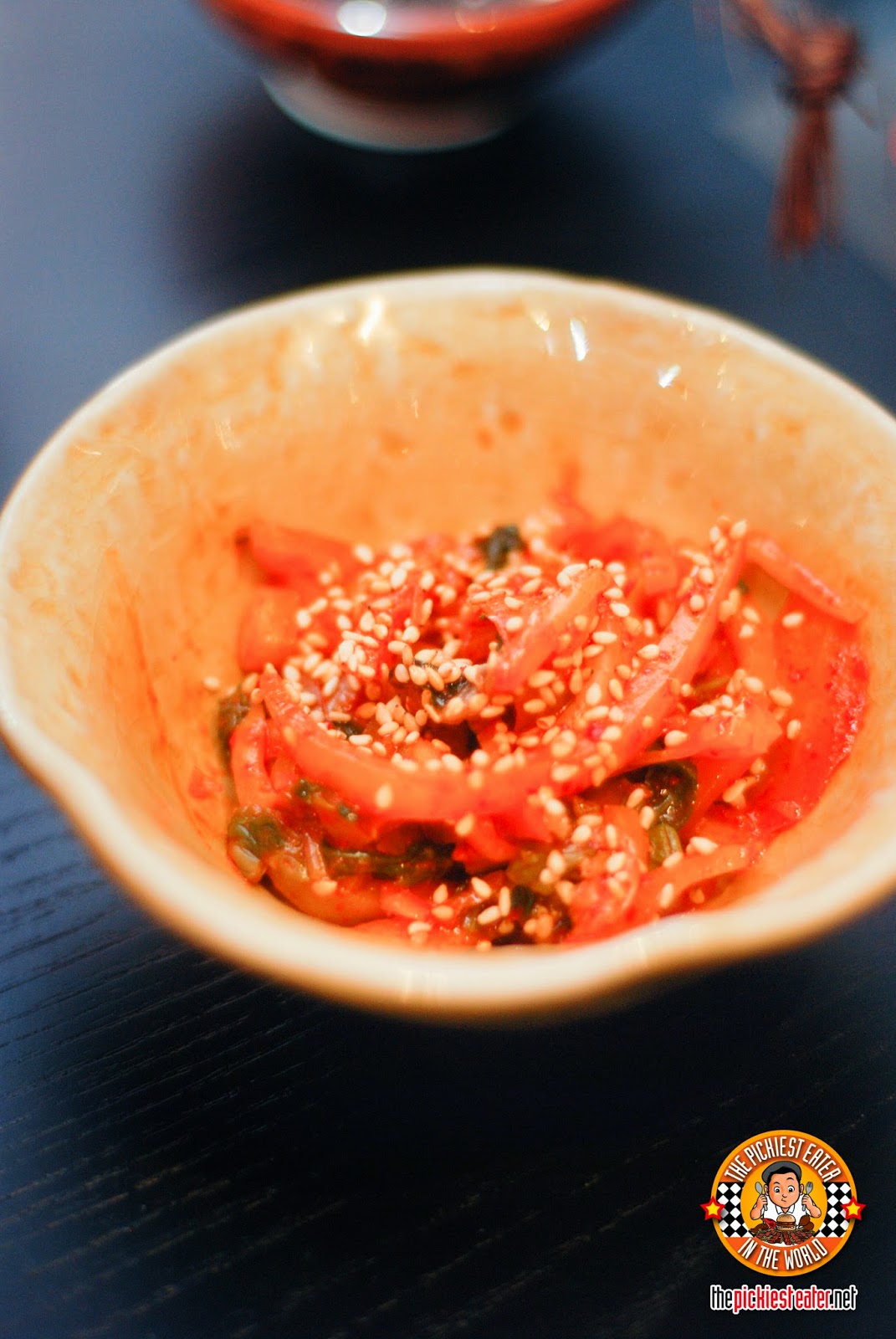 The Kimutaku (P110) looked like some sort of kimchi.  I only tried a pinch and I found it already spicy. Glad I didn't get a mouthful! 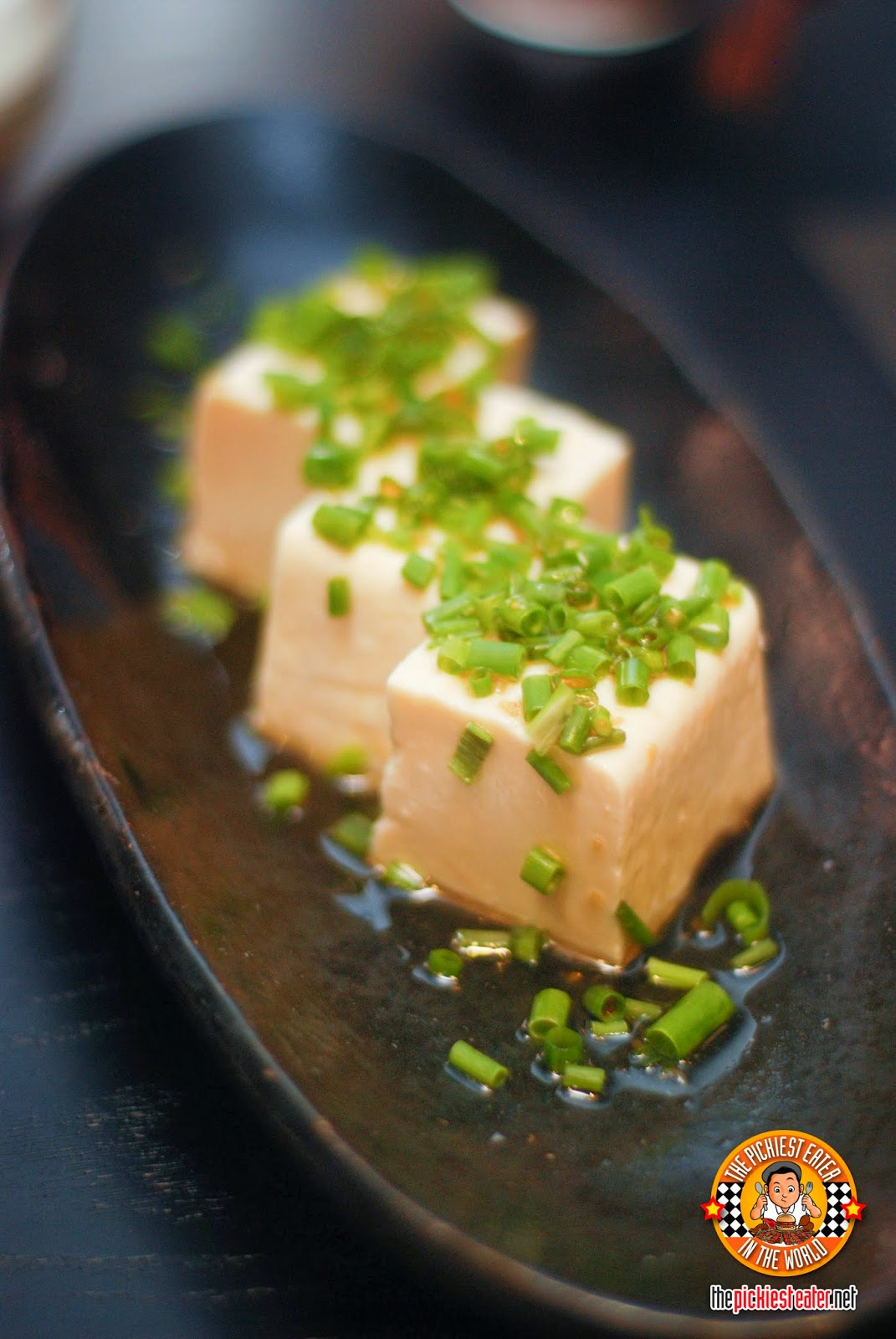 The Plain Tofu was... well... plain. Really not my thing. 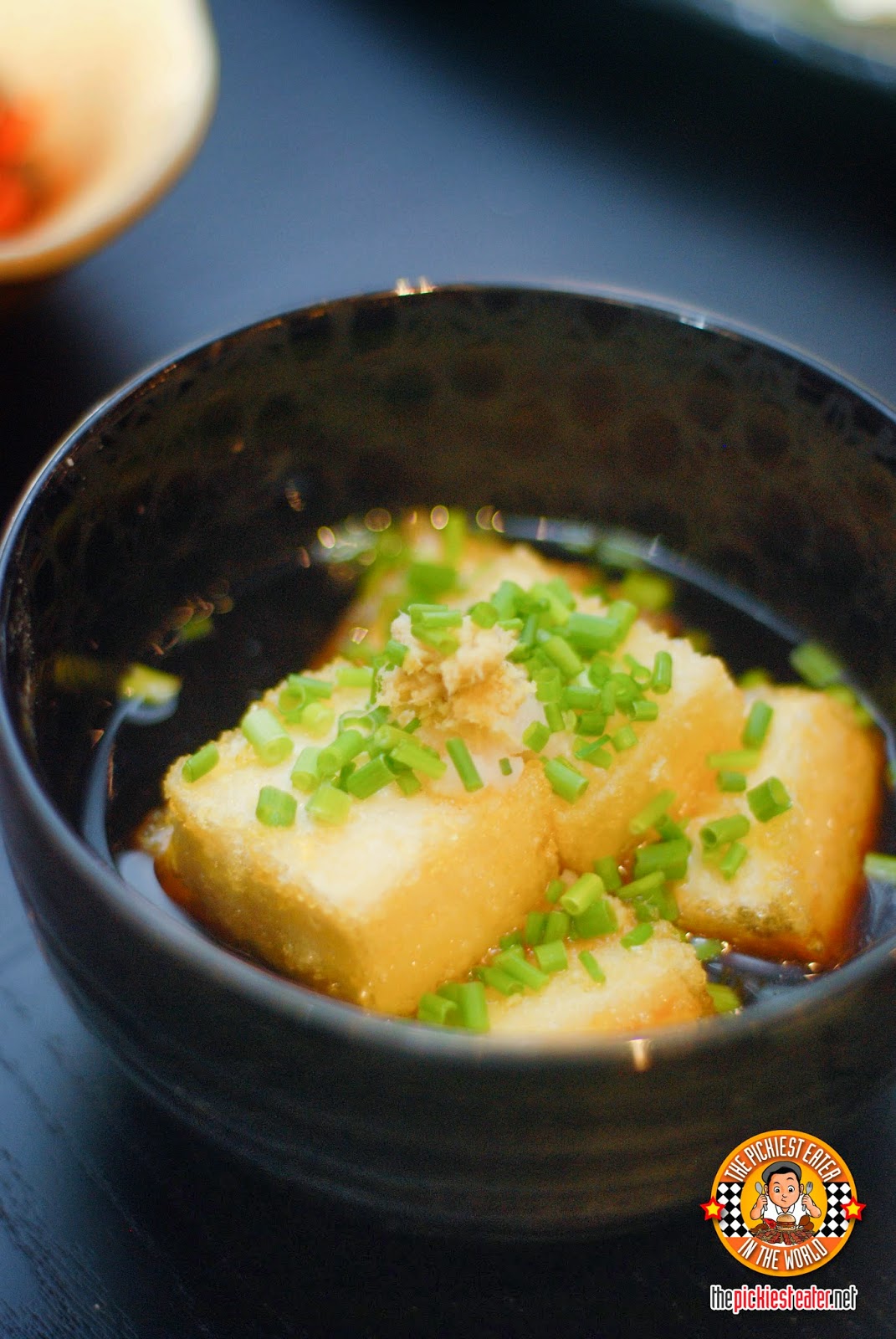 But the Agedashi Tofu (P180) on the other hand was one of the group's favorite appetizer. It was lightly breaded on the outside, and then soaked in some type of sauce that to me tasted a bit like tempura sauce. Salty and sweet. 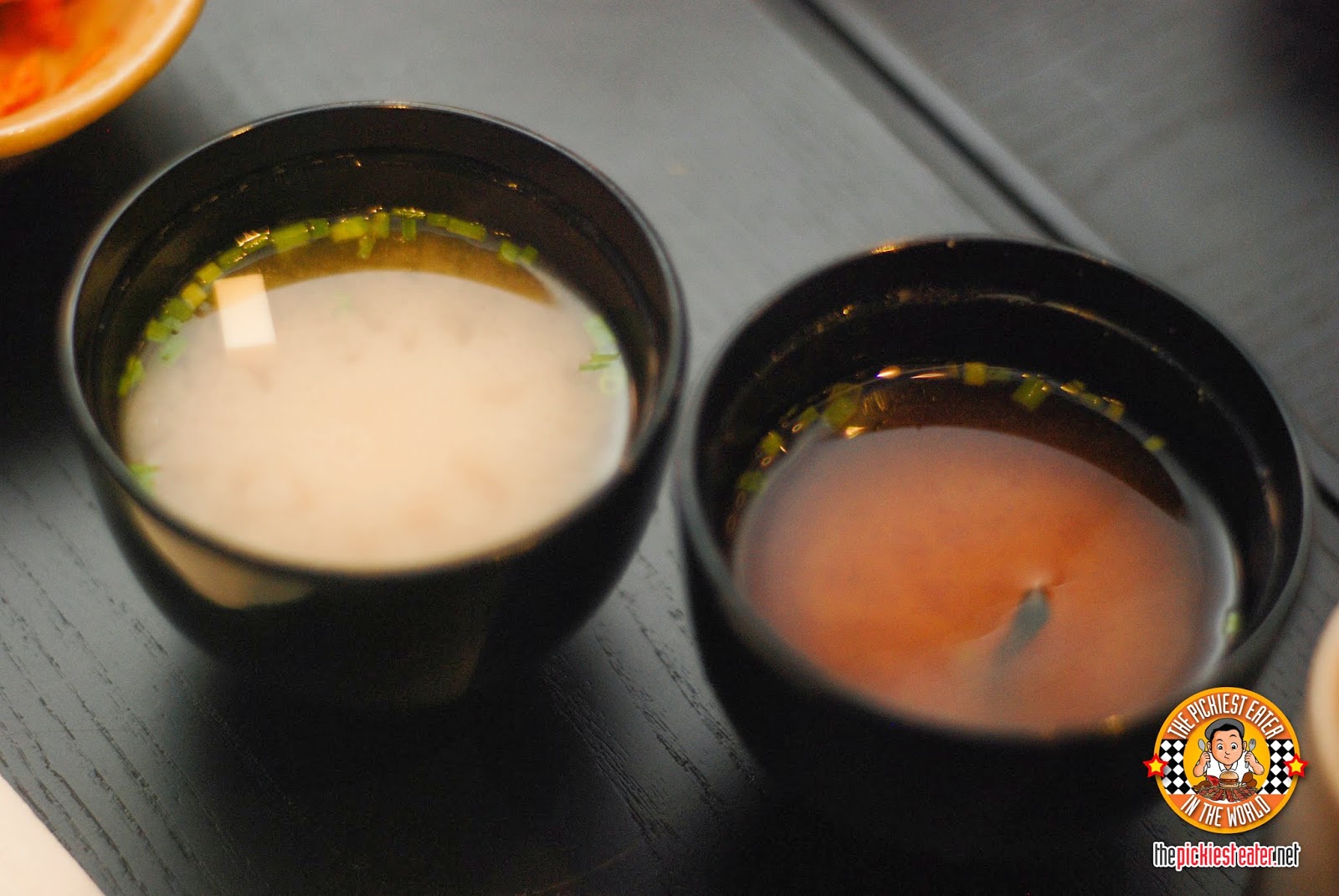 Two kinds of miso soup are served in Kimukatsu which both has its charms. The white one tastes more brothy. And the red one is saltier but in a good way. 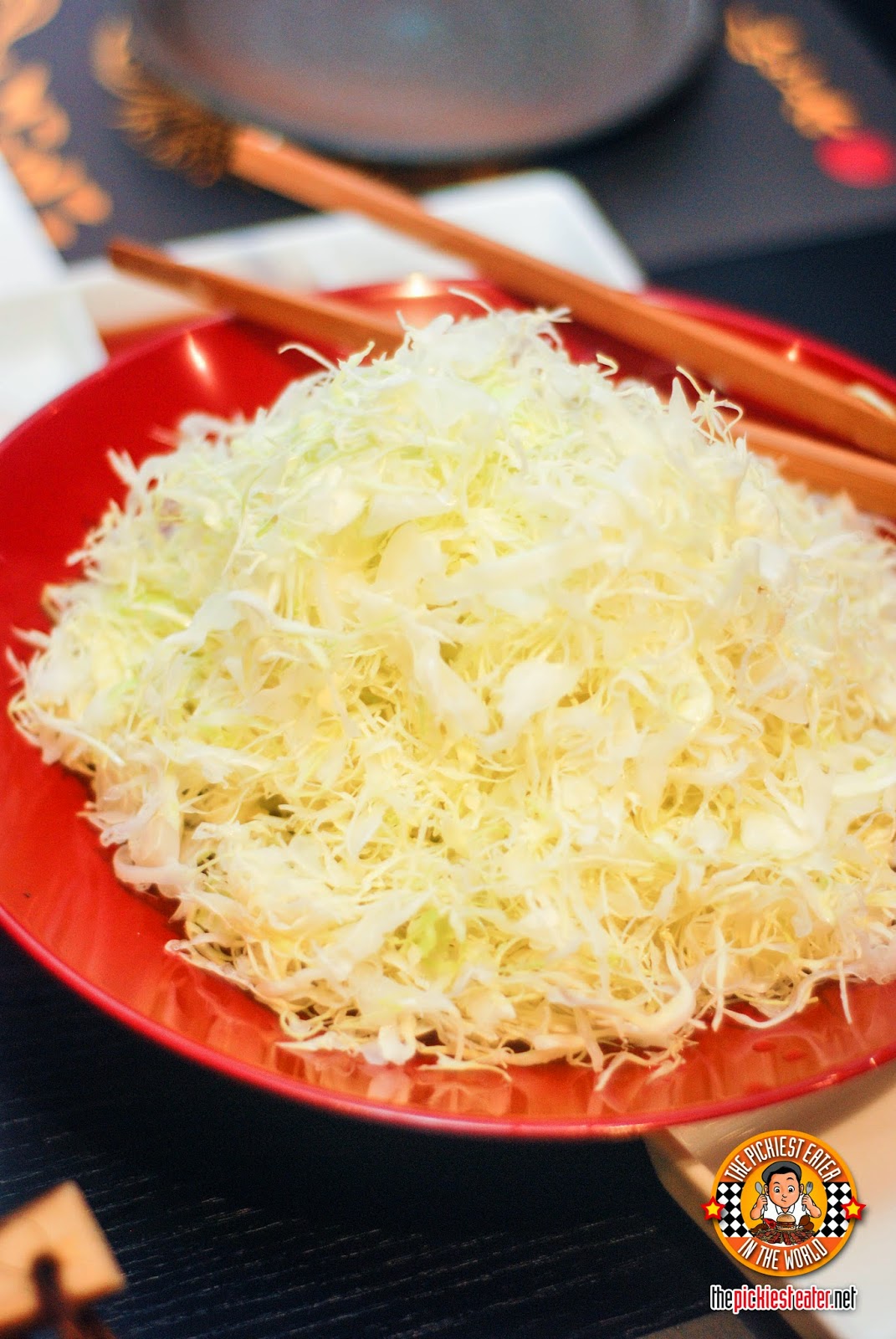 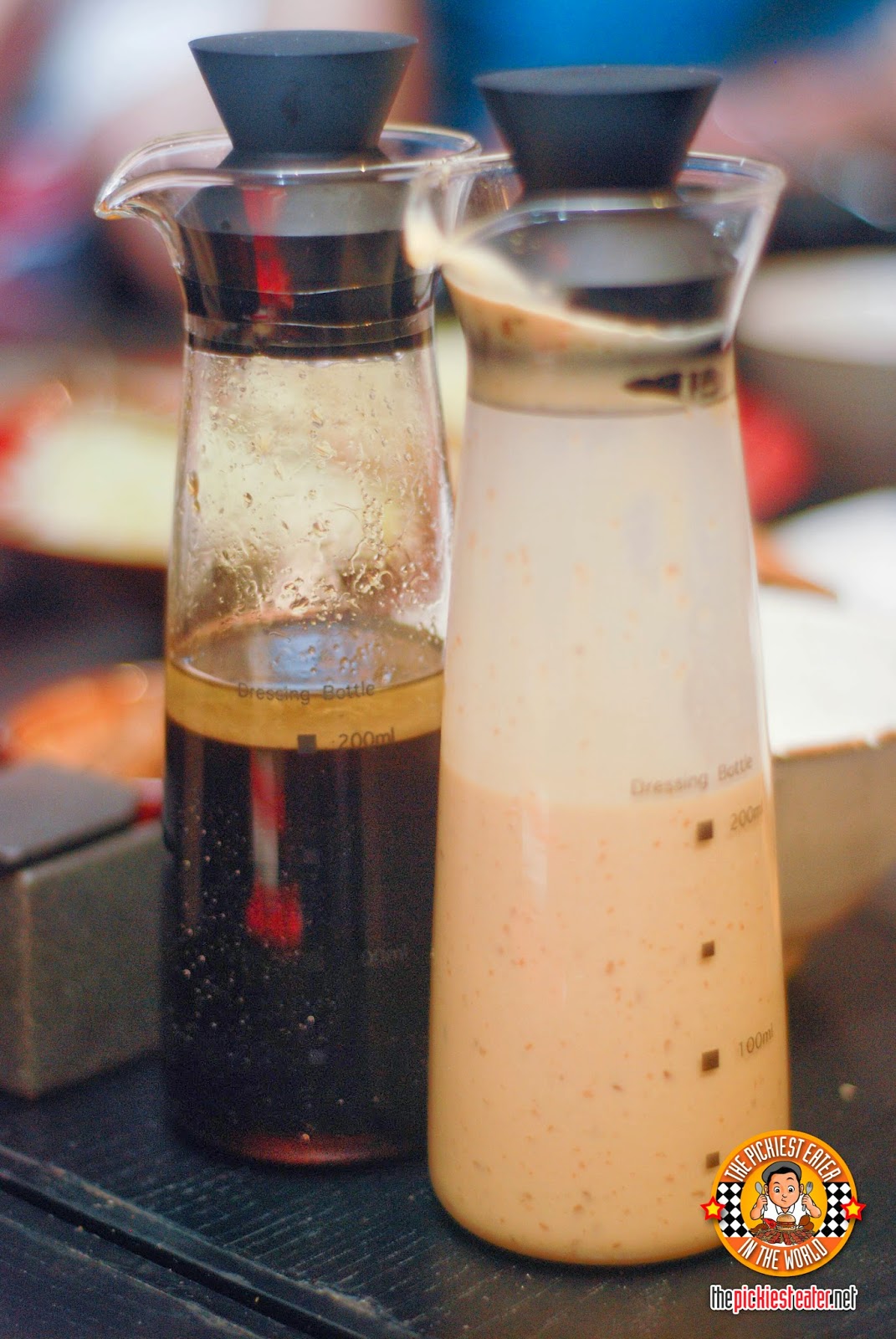 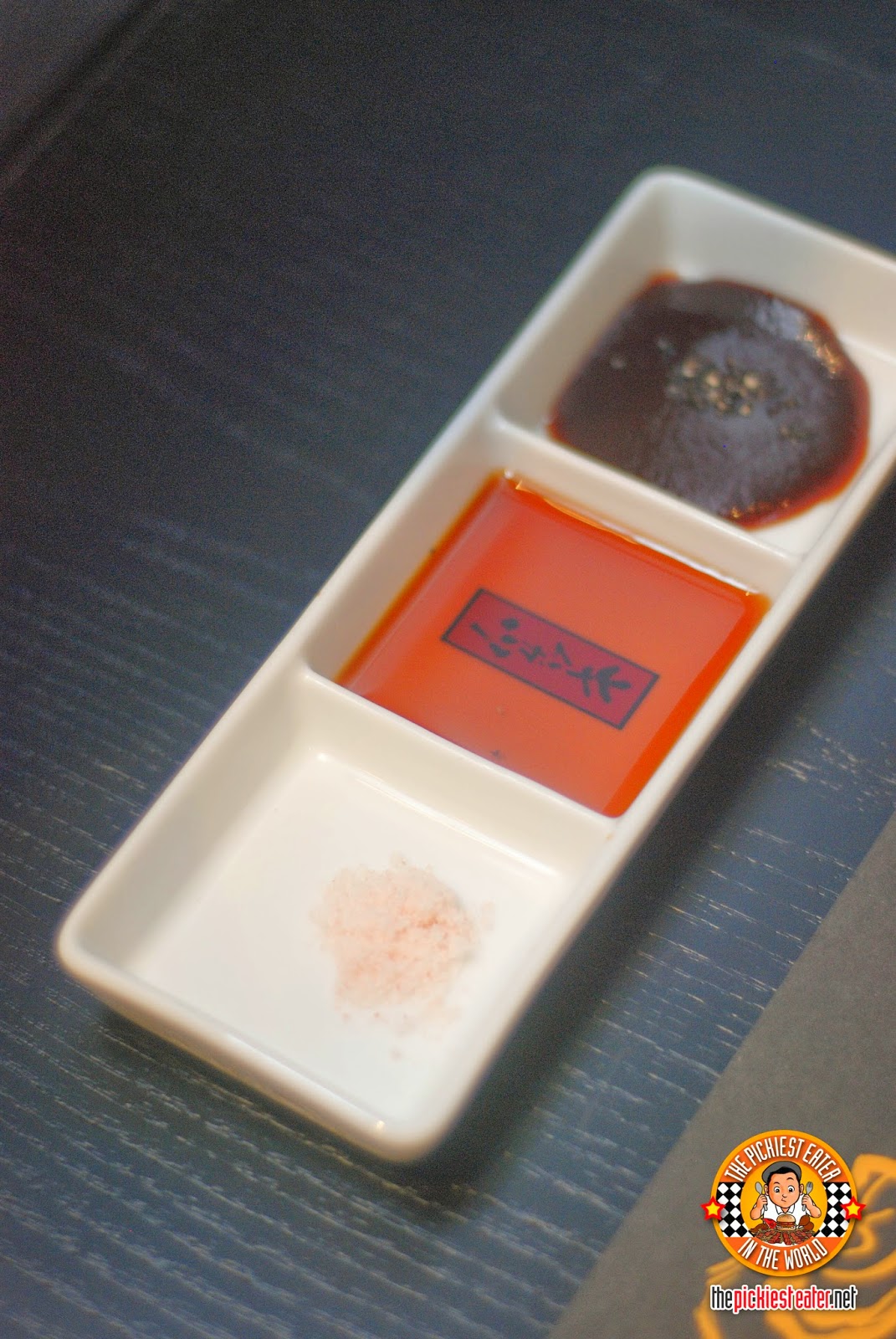 I quite enjoyed their 3 dipping sauces which contains ponzu sauce (my fave!), pink salt (another fave!) and the sesame seed sauce. 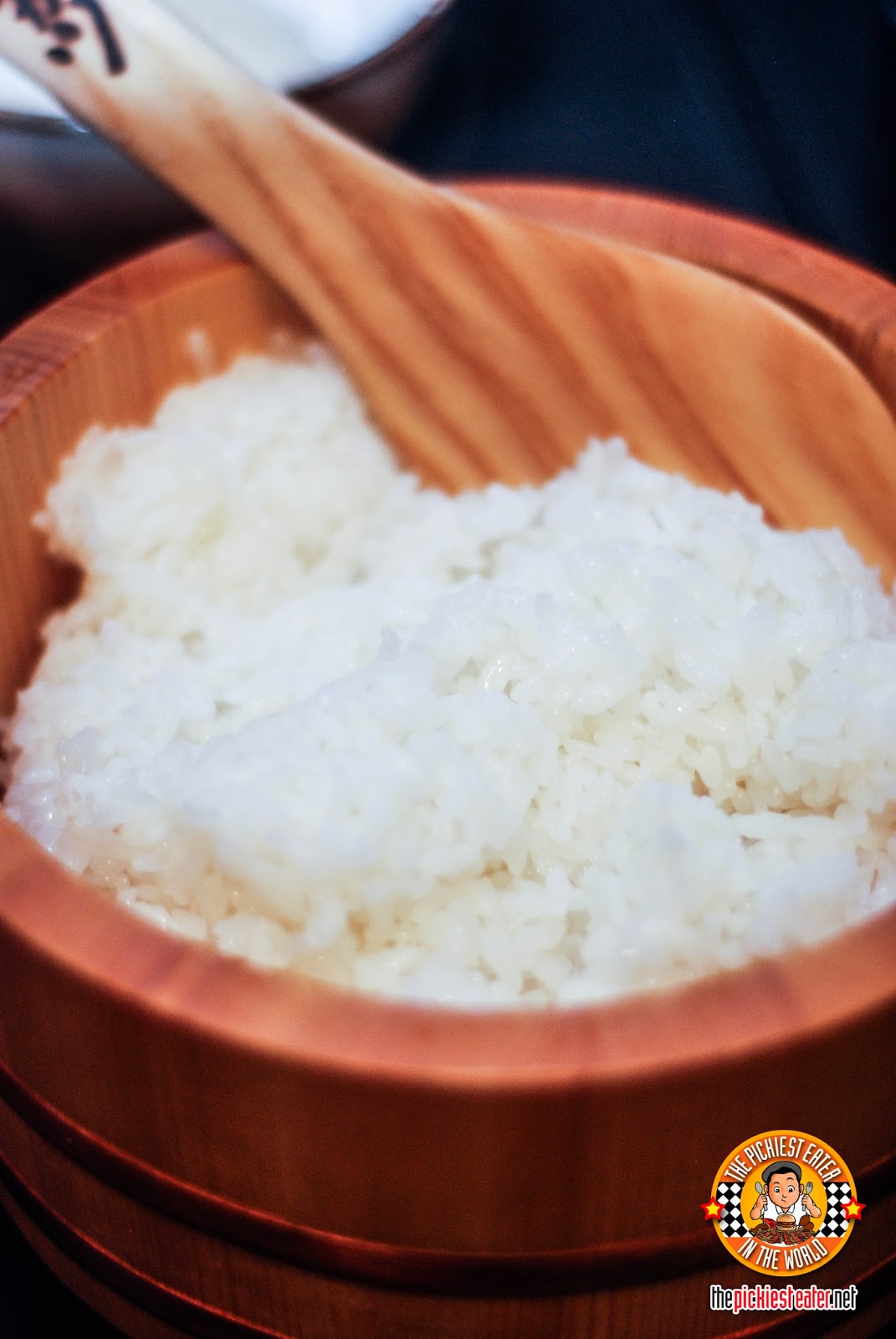 It's hard not to eat rice here. Kimukatsu's Kohishikari rice is imported from Japan and undergoes a special process before cooking it that makes the rice shinier and fluffier. It's cooked in a special cooker as well. Yes. everything about this rice is very special haha! 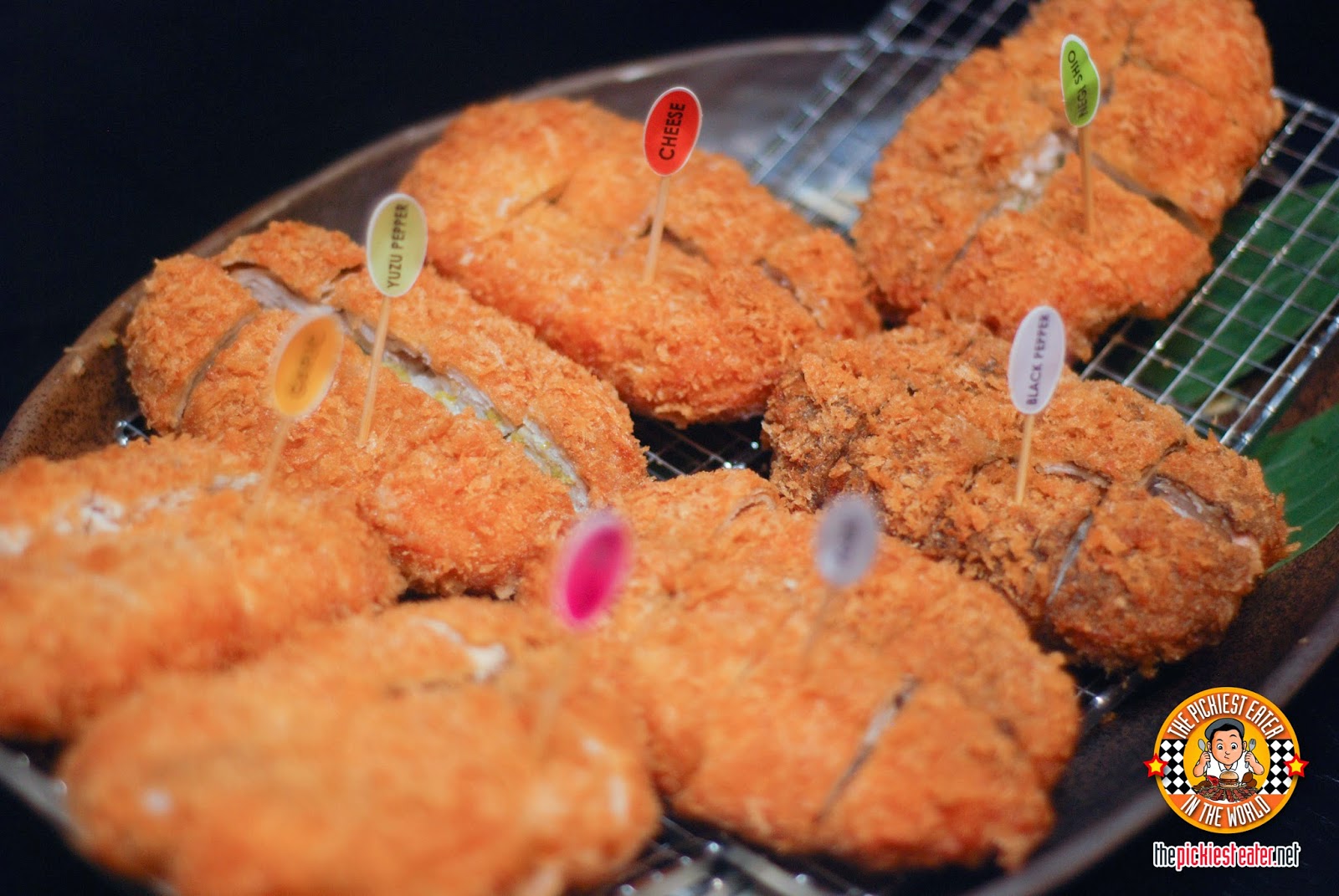 Finally we come to the star of the evening! We had the 7 flavor Kimukatsu Set (P2,400 which includes six rice sets already. Not bad. 'eh?) You can pick any flavor you want for all 7 pieces. We had one of each so we could taste all the flavors. (Plus P200 per piece for Kimukatsu Kurobota)

Kimukatsu has a total of 7 flavors. Plain, garlic, black pepper, cheese, yuzu kosho (yuzu fruits and green chili pepper), negi shio (marinated spring onion), and ume shiso (Japanese sour plum and shiso leaf katsu) which turns out to be my favorite among the seven. It goes really well with the ponzu sauce. A burst of flavors in your mouth! 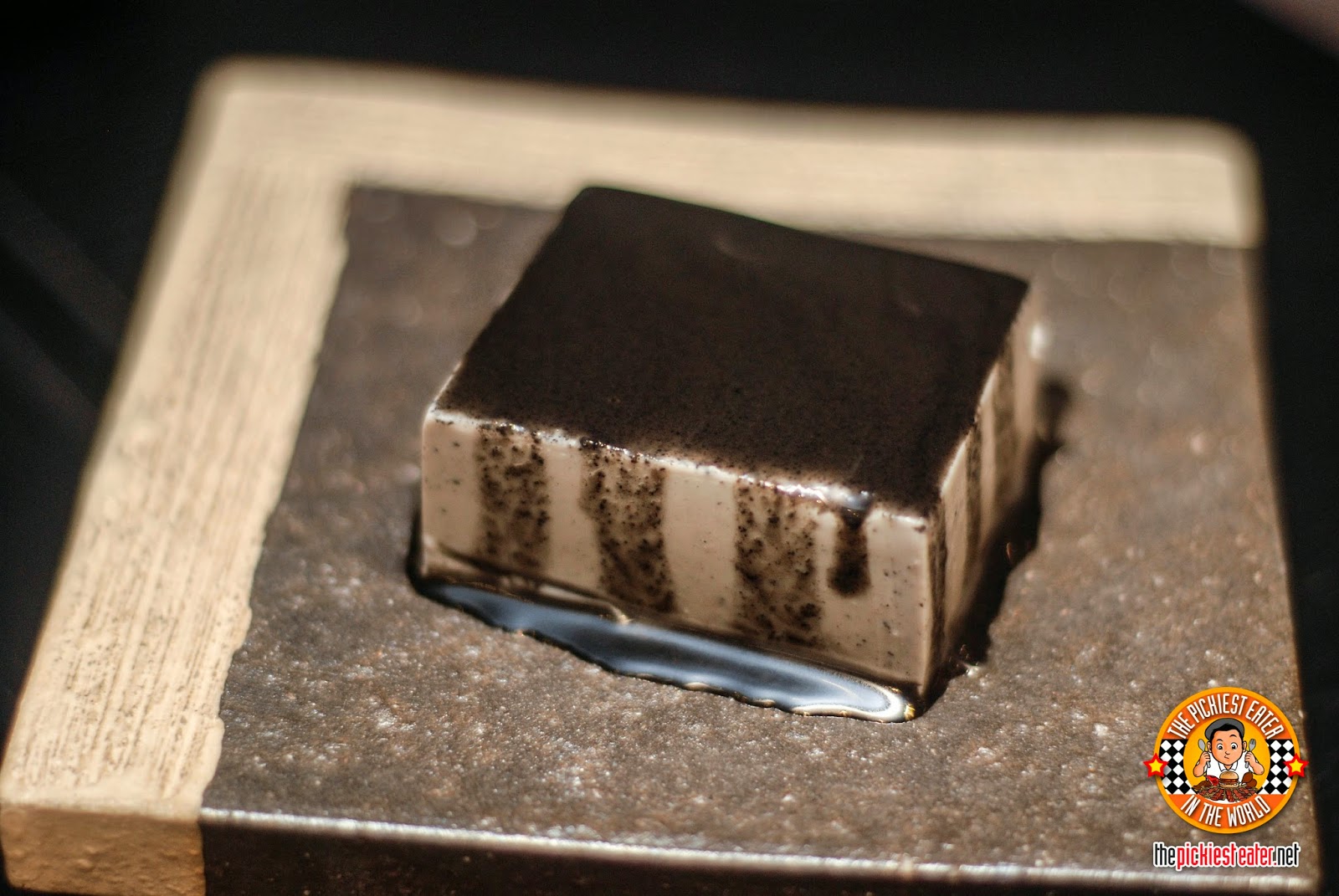 For dessert we had some cool looking pudding called the Kurogoma Pudding (P110). It had a subtle sweetness and a tiny bit of bitterness. It was okay but it looked really cool especially on top of the stone plate. 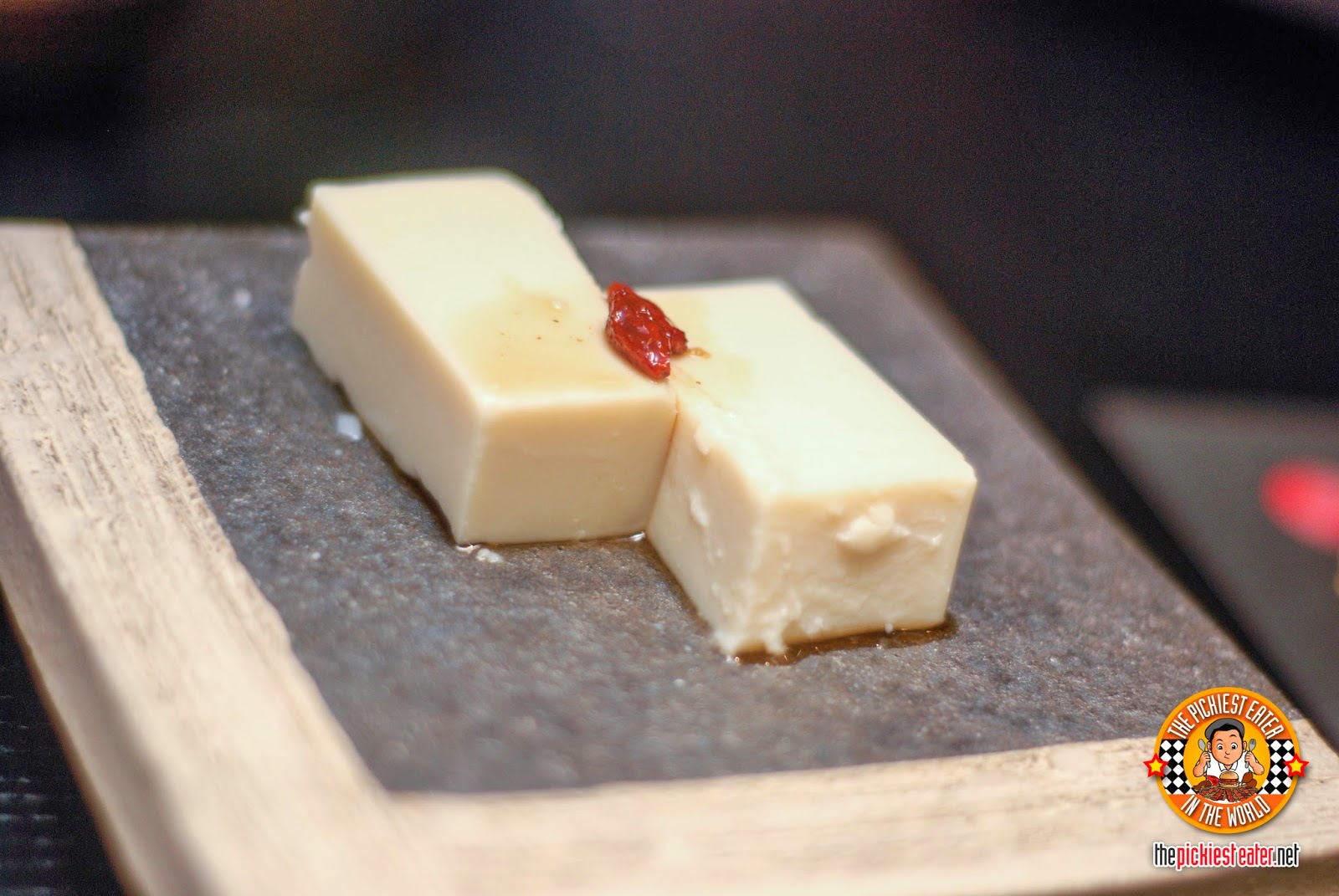 The Soy Cotta (P180) was also a play on subtle flavors, that touched on creaminess and light sweetness. 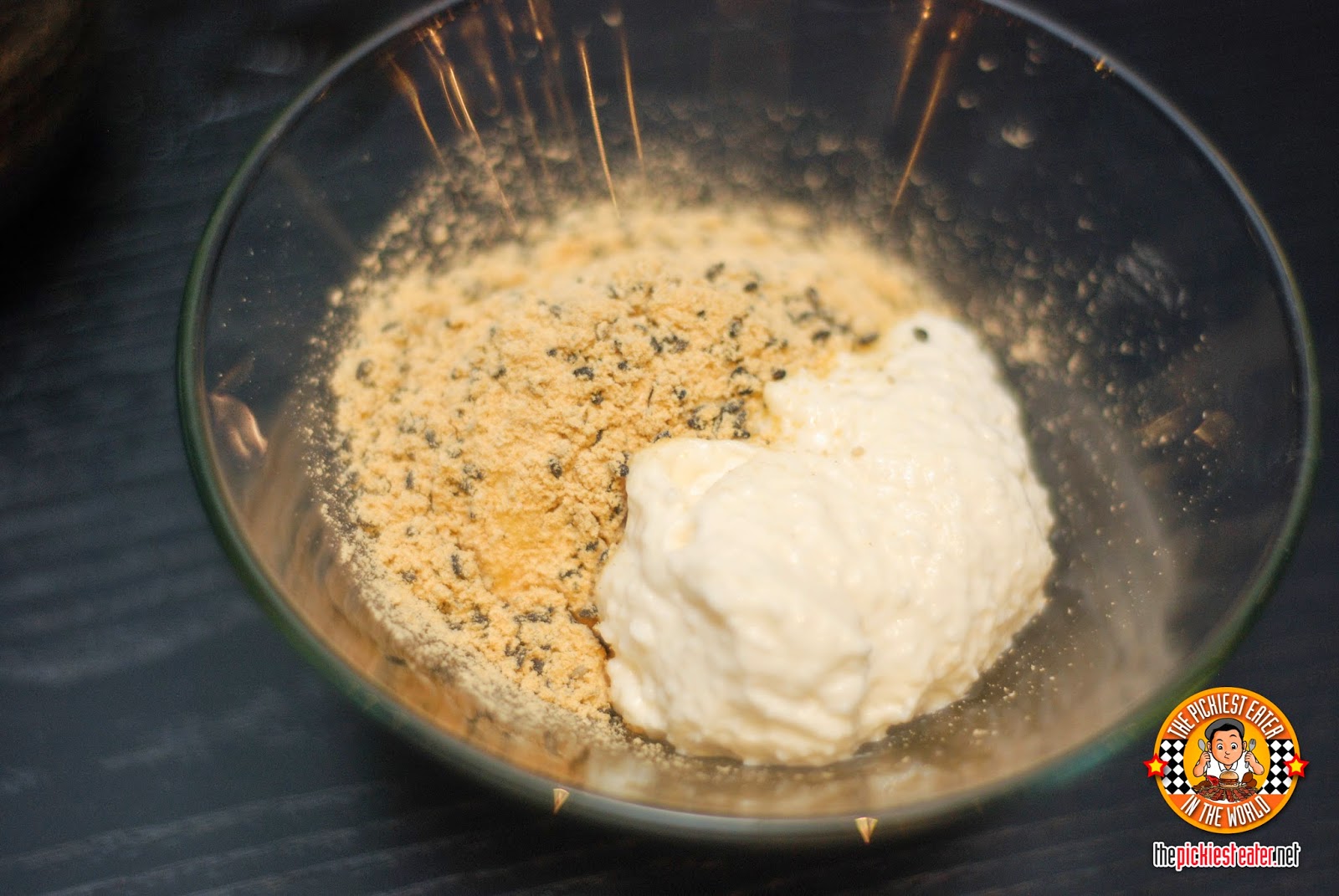 But the Japanese Panacotta (P110) was everyone's favorite dessert that night. A sesame seed dessert that really cleanses the pallette with its subtle sweetness from the smooth tapioca and then the powdery texture of the roasted soy bean flour. 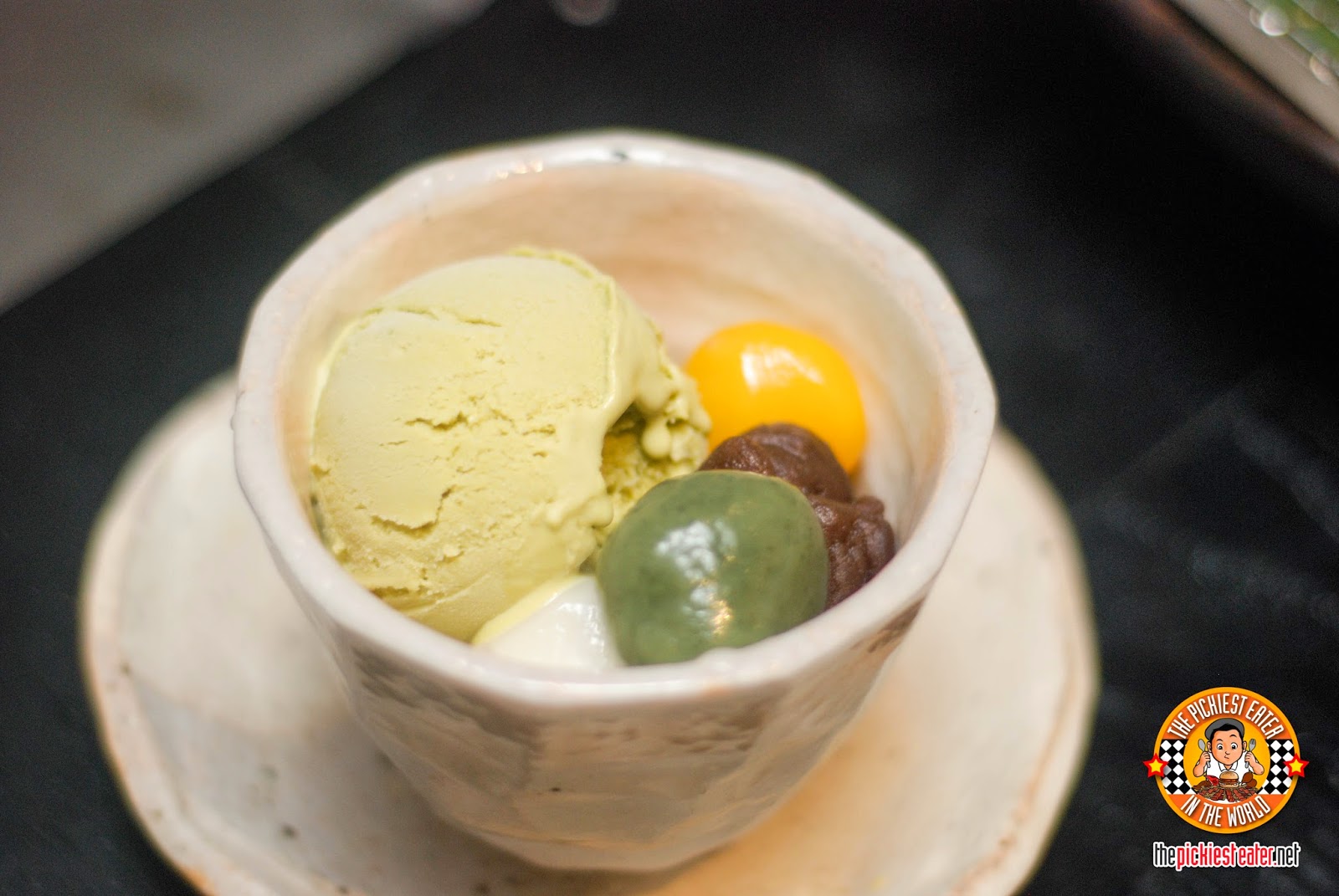 They also have a Matcha Parfait (P235) which looks similar to their sister restaurant's Ikkoryu Fukuoka. I still think ice cream is the best palate cleanser after a good savory feast! 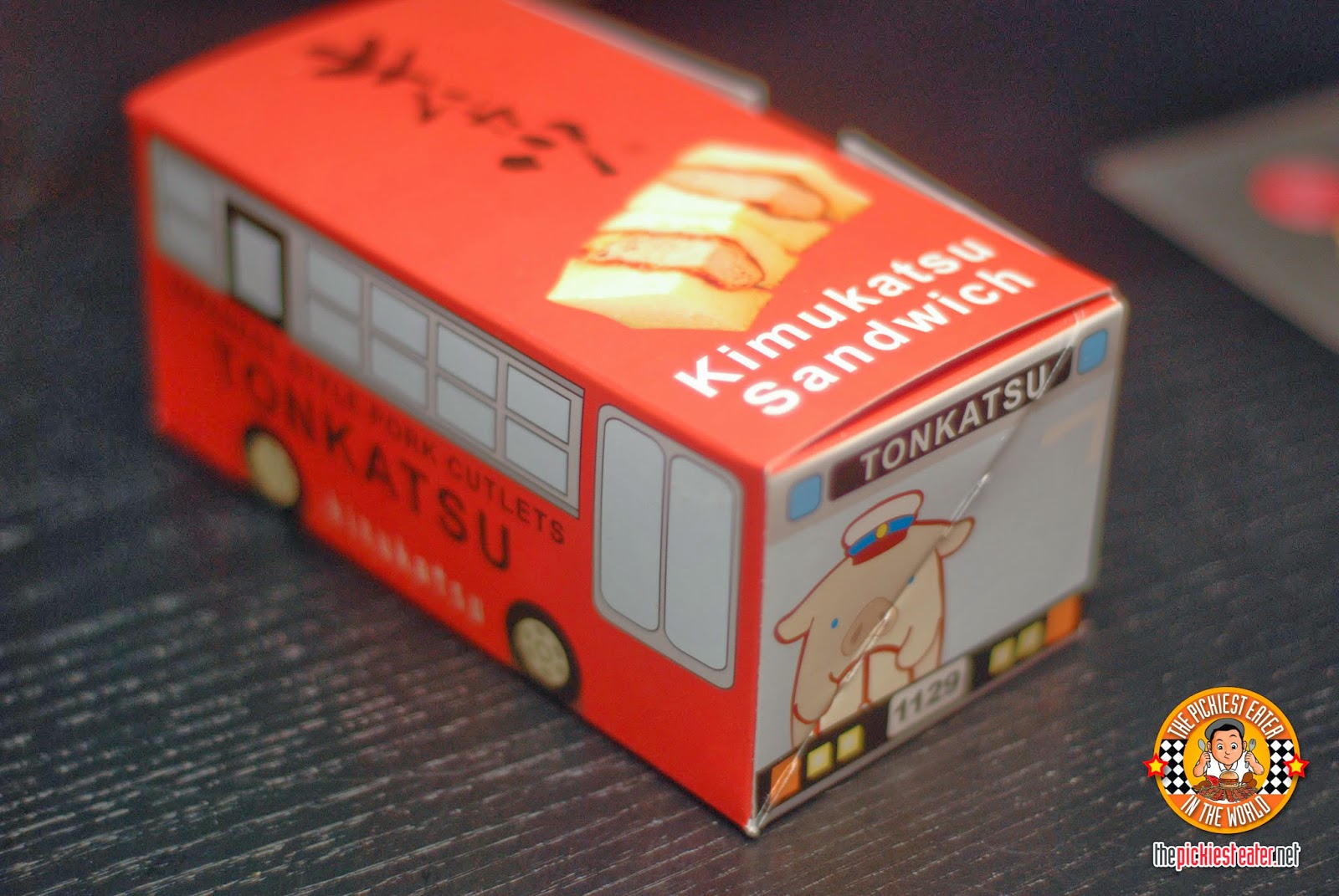 And when we were all too full to even move, they gave us a little box that looked like a bus. So cute! 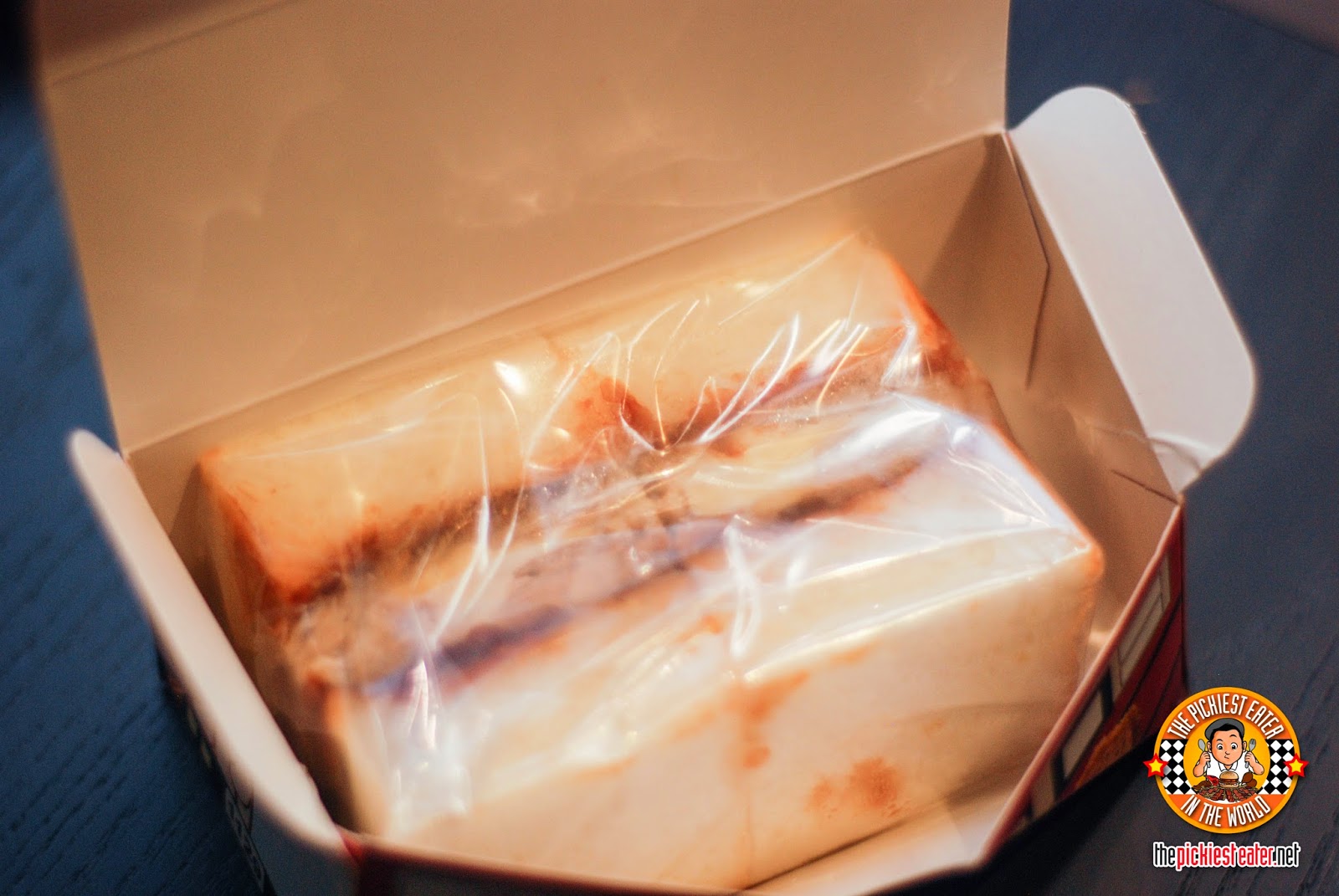 And inside is the Kimukatsu Sandwich! They have it in plain (P210) and in cheese (P230) 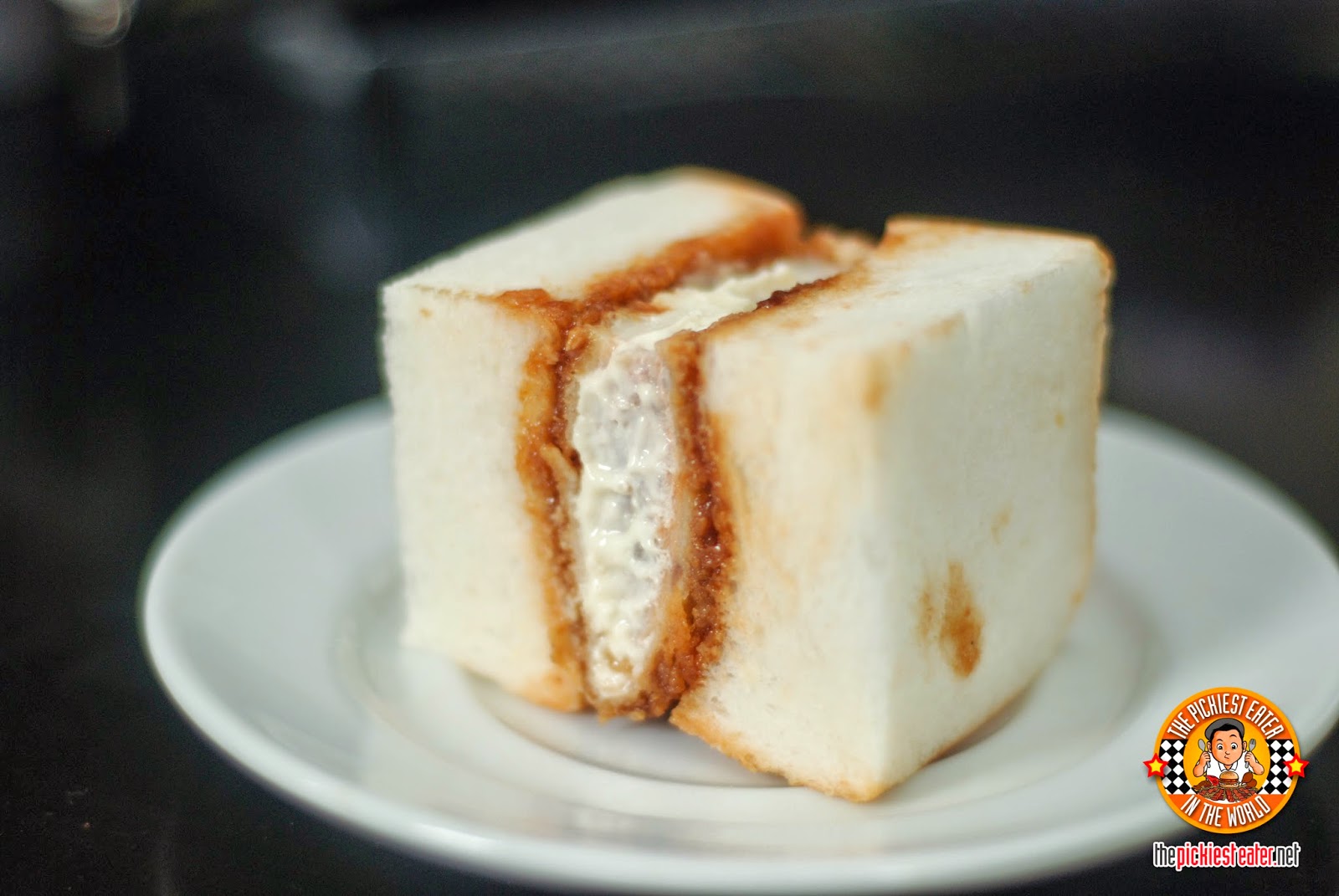 We had the cheese one and it was really delicious! The bread is not your usual bread. It's thick and sort of aldente. That's the best word I could think of to describe it.

Overall, we enjoyed our experience at Kimukatsu. And I'd definitely want to go back!

Kimukatsu  is located at the 5th level of Shangri-la Plaza Mall, East Wing. Follow them on Facebook: Kimukatsuph

Email ThisBlogThis!Share to TwitterShare to FacebookShare to Pinterest
Labels: 25 layers tonkatsu, authentic japanese, imukatsu manila, Japanese, japanese take out box, kimukatsu philippines, Where to eat at Edsa Shangrila, Where to Eat at Ortigas