El Chupacabra is often identified as the pioneer of the popular Poblacion restaurant Scene, turning a once quiet neighborhood into a burgeoning food Mecca.  El Chupacabra's die hard fans have been clamoring for the little cantina to expand and open new locations, but it was only in 2018 when El Chupacabra finally opened a "Little Sister" branch at The Corner Market, bringing their phenomenal Street Tacos to an even wider range of customers! 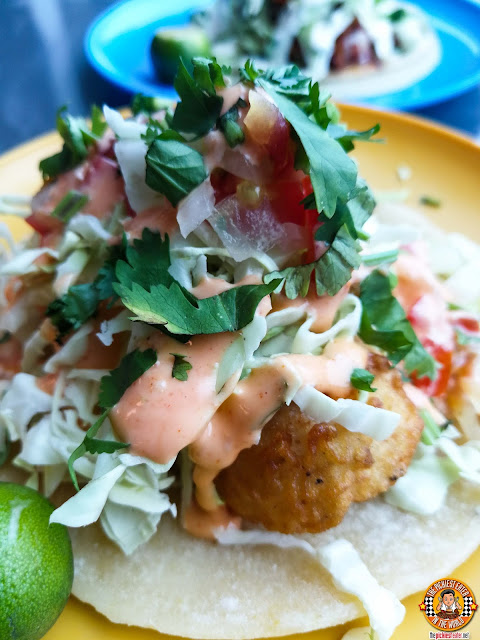 A delicious option is the Baja California Fish Taco (P145). A Deep Fried White Fish Fillet is topped with Shredded Cabbage, Minced Tomatoes, and El Chupacabra's secret Sauce. It's light, fresh, and filling all at the same time. 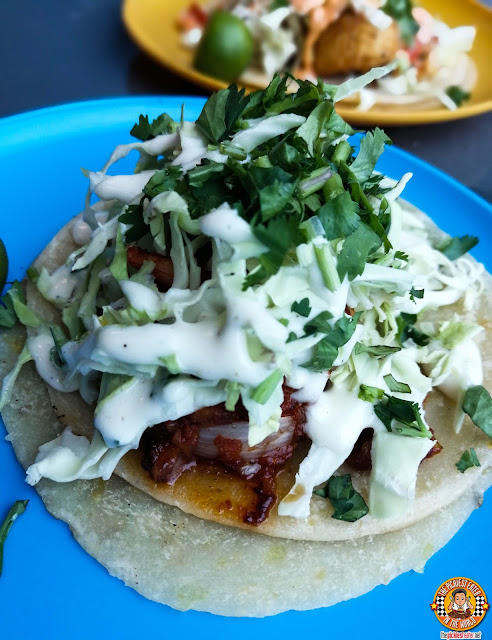 But the must try dish, has to be the popular Carnitas Street Taco (P110). Delicious Mexican Style Roasted Pork, is laid over a home made tortilla, and topped with the classic street taco condiments, including Chupacabra's famous special sauce. the vibrance of the Carnitas is outstanding and I imagine I could eat at least five of these bad boys in one sitting.

I normally take a rain check when it comes to Mexican Food, but I've been to La Taqueria Del Chupacabra twice since my first visit! Yes, those Street Tacos are THAT good! 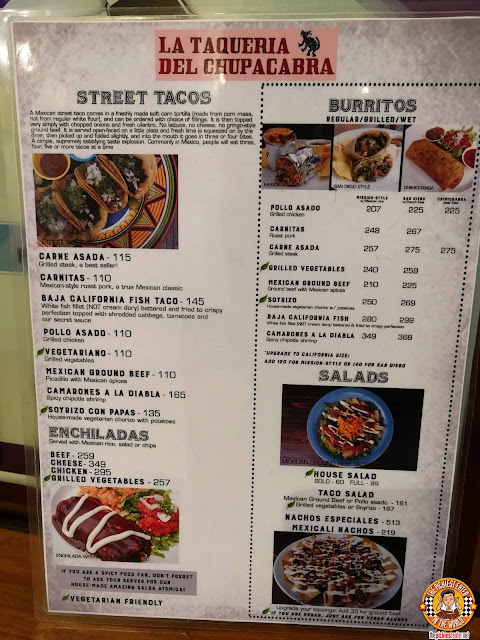 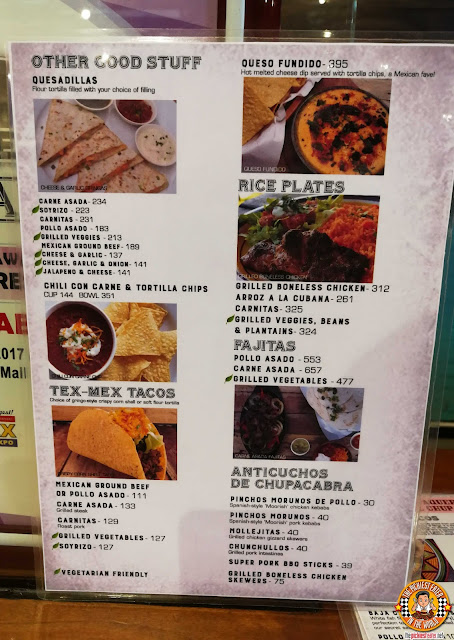 Posted by The Pickiest Eater at 10:22 AM