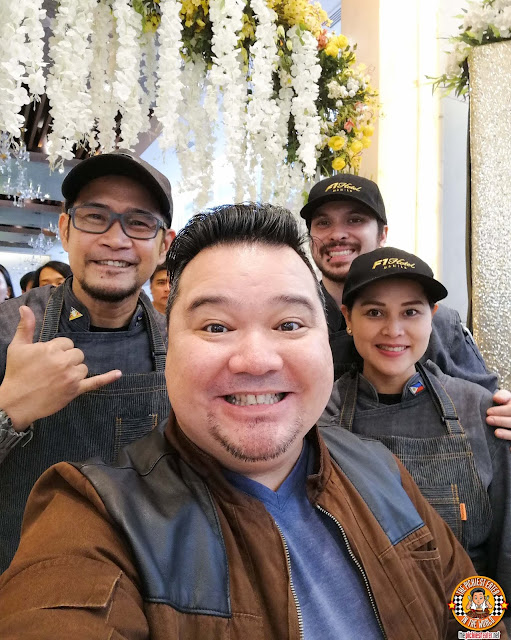 When Independence Day rolls in here in the Philippines, the foodie world is always abuzz in anticipation of an event that never fails to captivate our taste buds.. I'm talking about F1 Hotel Manila's LuzViMinda Festival!  With the theme of the 2018 incarnation "Timeless Flavors", we knew we were in for a treat, as this year's set of chefs pushed the envelope when it came to culinary innovation of beloved Filipino dishes! 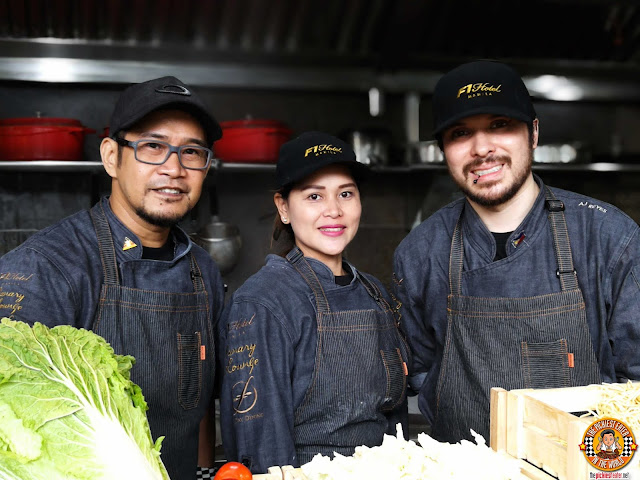 As per the tradition, F1 teams their Executive Chef with two other Chefs, who then collaborate on a menu that represents Luzon, Visayas and Mindanao. This year, F1's Executive Chef Chubby Timban joined forces with Celebrity Chef Zhe Jacinto and AJ Reyes of Privatus to conceptualize one of the most impressive LuzViMinda Menus every presented by F1 Hotel in the festival!

Here are just a taste of the highlights from the spread we sampled: 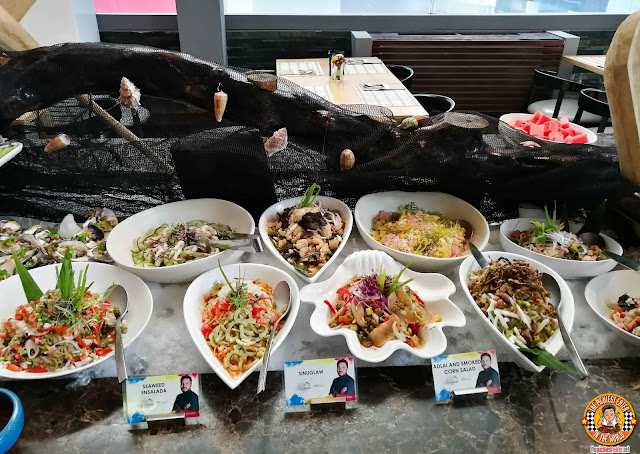 Chef AJ Reyes sets the pace with his Cold appetizers that includes his take on Seaweed Ensalada, Sinuglaw, and Adlai and Smoked Corn Salad. 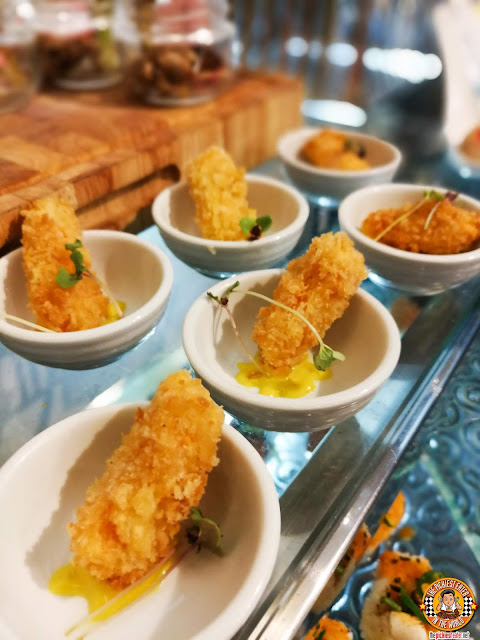 Chef Zhe's Sweet Potato Croquettes knocks it out of the park. This was absolutely fantastic. 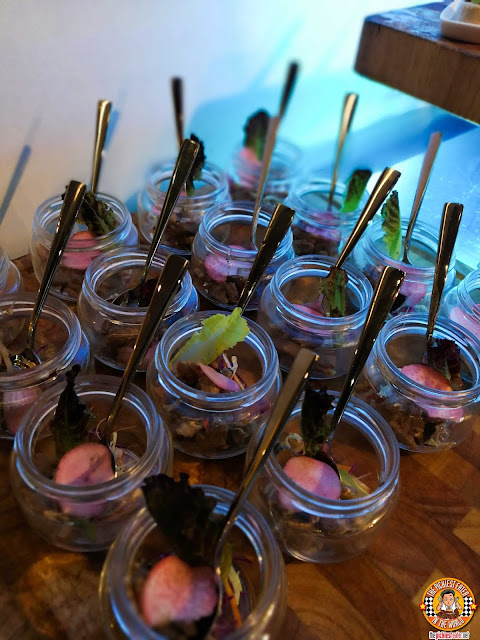 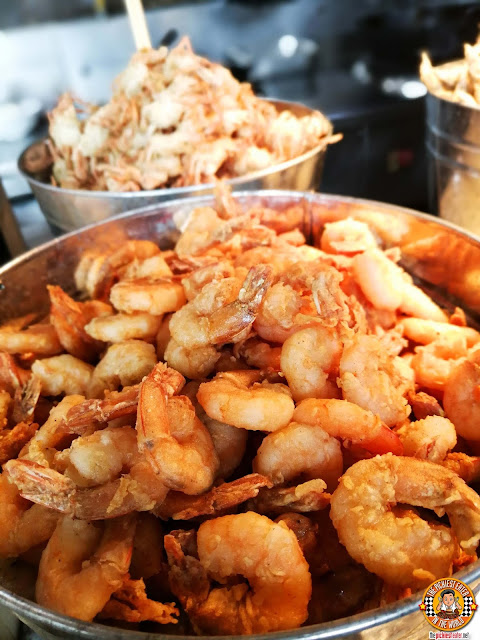 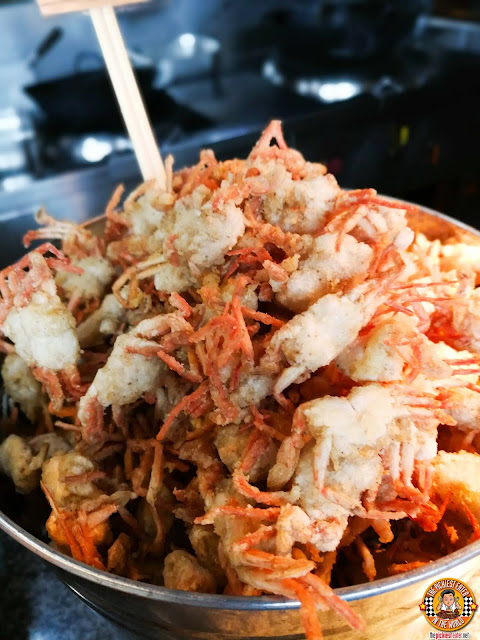 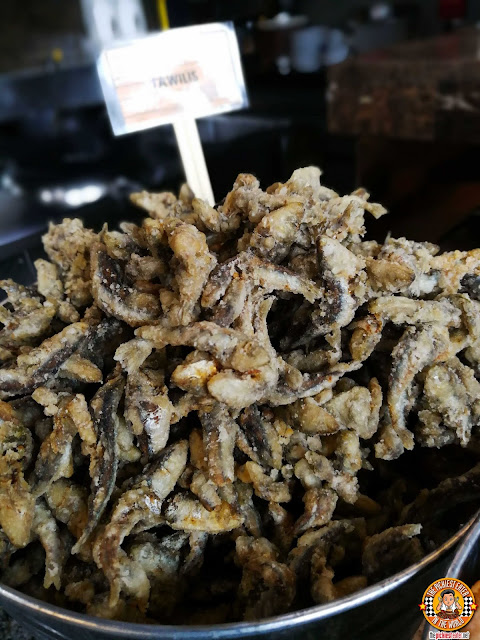 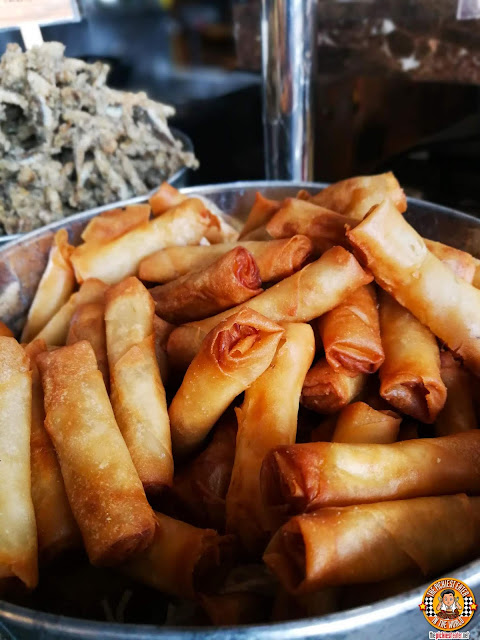 And my fave... Lumpia Shanghai! 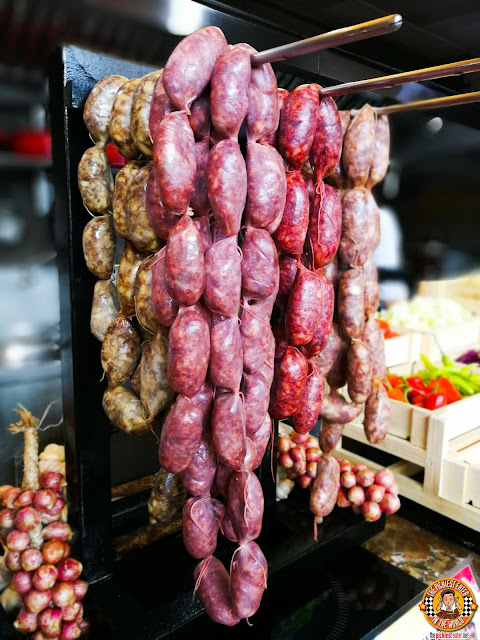 A nice addition to the Buffet, was the selection of Longganizas from all over the country. From Lucban, Vigan, Batangas and much more! 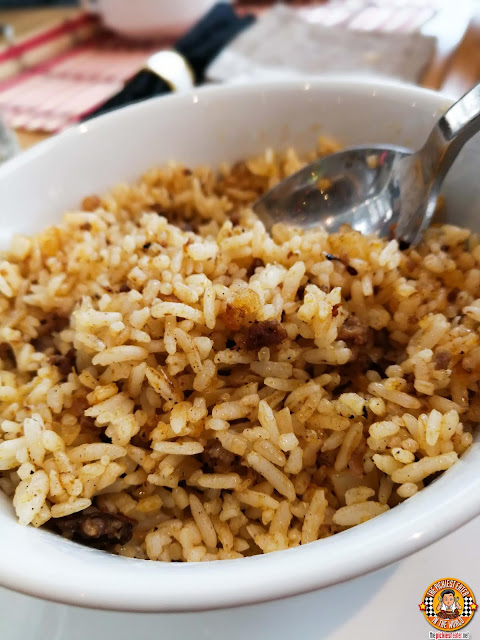 Chef Chubby grabbed some Batangas Longganizas, crumbled it up and mixed it into a delicious Fried Rice! Apart from that, Sisig Rice & Bagoong Rice is available upon request! 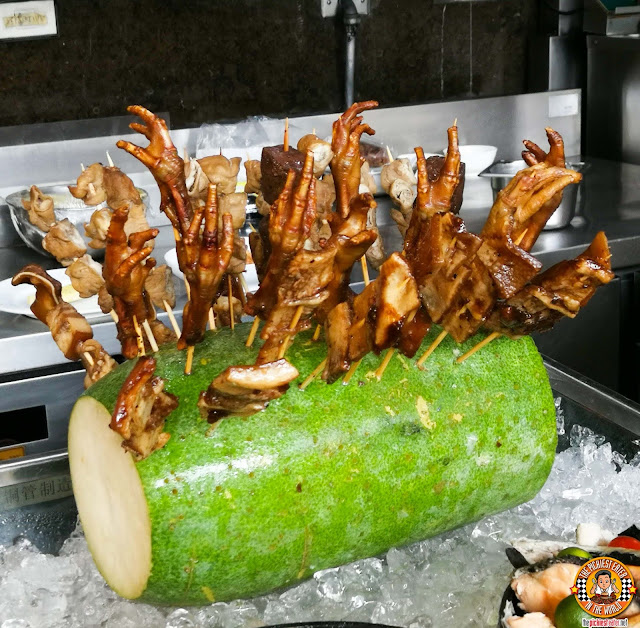 F1's LuzViMinda Festival also offers you the Pinoy street food experience! Street food favorites "Adidas", Tenga, Betamax and much more, are ready to be slapped on to the grill at your whim! 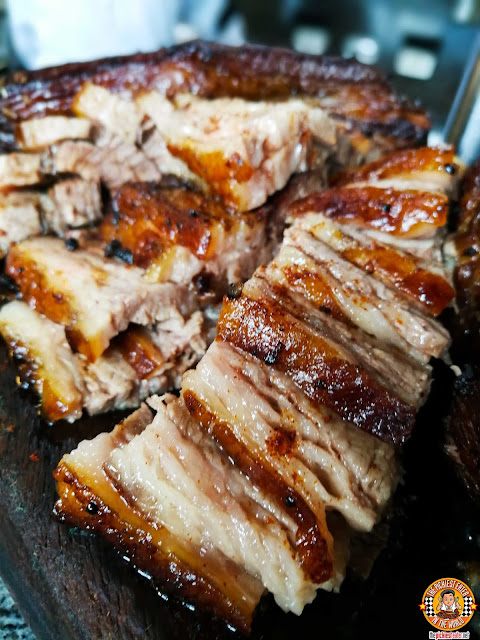 Chef AJ Reyes kicks off the impressive list of entrees, with his mouth-watering Beef Belly Tapa. The stunning Beef Belly slab is imbued with the comforting flavor of Tapa that we all know and love. I loved the fat-to-meat ratio to it, making it a little bit more sinful than your average Tapa, but believe you me, it's totally worth the calories! 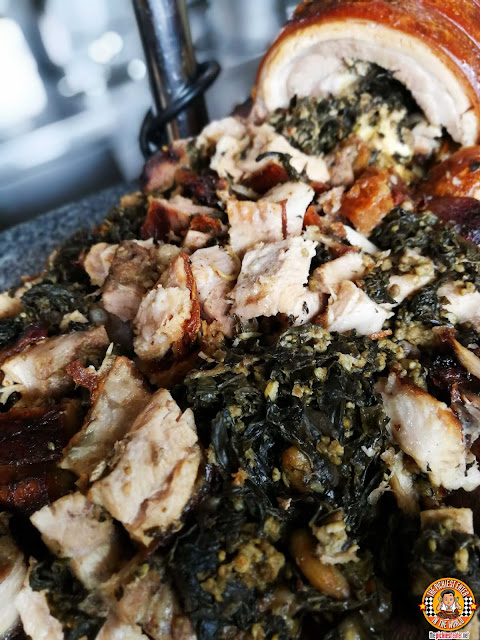 Not to be outdone, Chef Chubby unveiled his Litson Liempo Tinomok. A Lechon Belly is stuffed with Taro leaves, allowing its natural fragrance to spread throughout the meat. 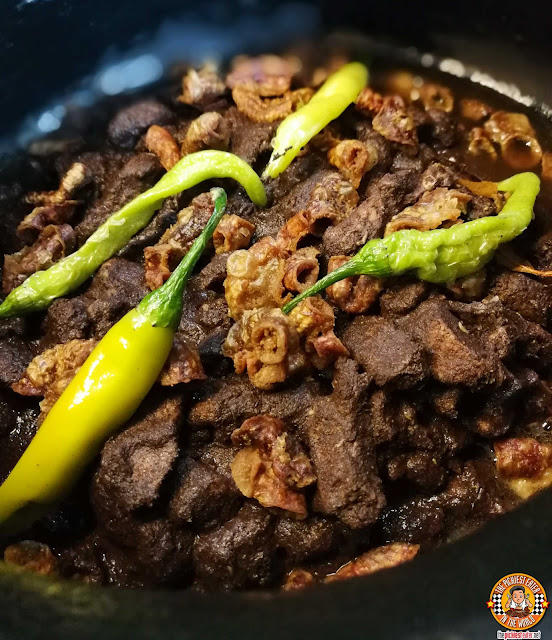 Other entrees include Dinuguang Baboy Ramo, with Chef Chubby using Wild Pig instead of the traditional pig. 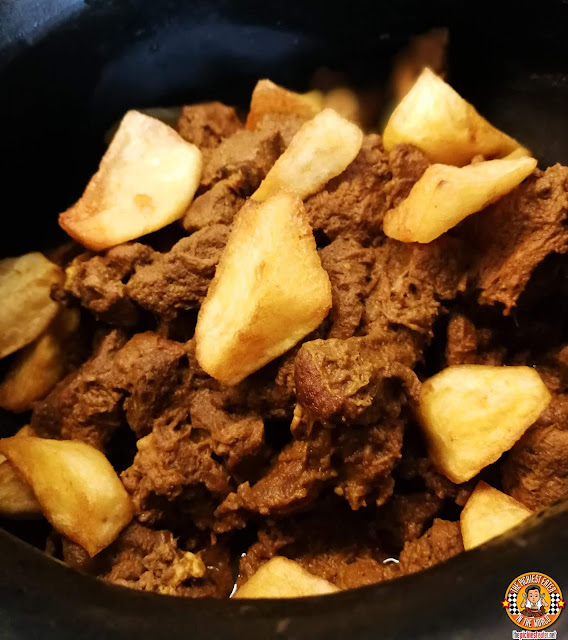 Chef Chubby also included his version of Bulcachong, a delicacy from Davao which is eschews the traditional use of beef and instead uses Carabao Meat. I was pleasantly surprised to find that it wasn't as tough as I expected it to be, and the flavor wasn't actually too far from beef! 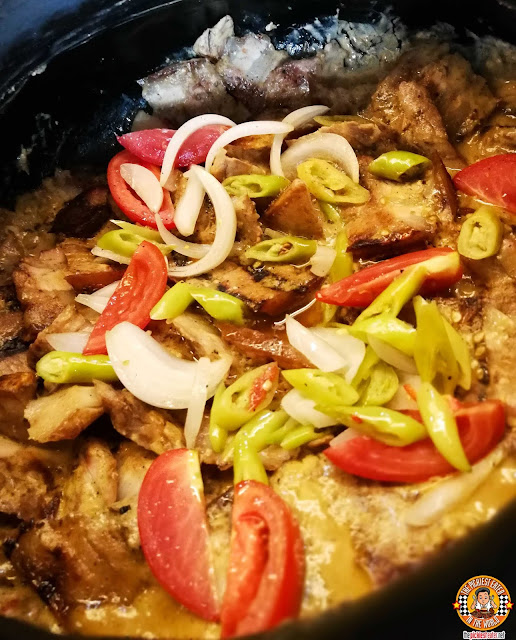 Whenever I eat Bicol Express, I can't help but want for more meat in it. Well, Chef Zhe's Grilled Bicol Express solves that problem by adding more grilled pork belly into it, making it more of a meat dish than vegetabes.. Just the way I like it! 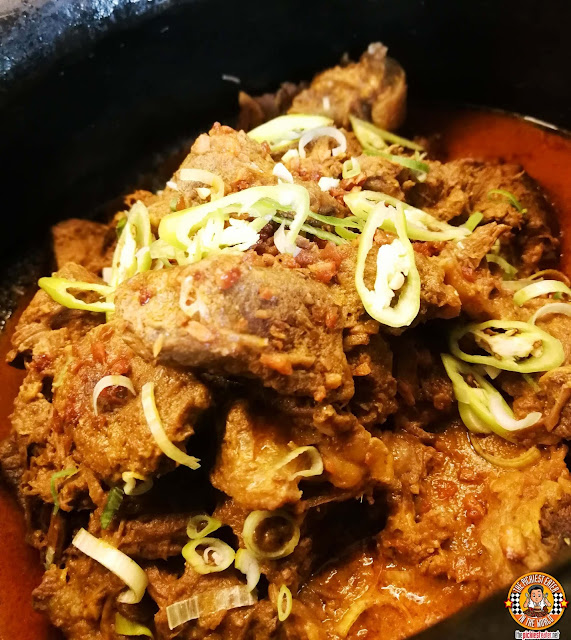 Chef Zhe also let us try her Beef Korma, which was a play on different curries.. The beef, mixed with the sauce was so good, it demanded multiple scoops of rice! 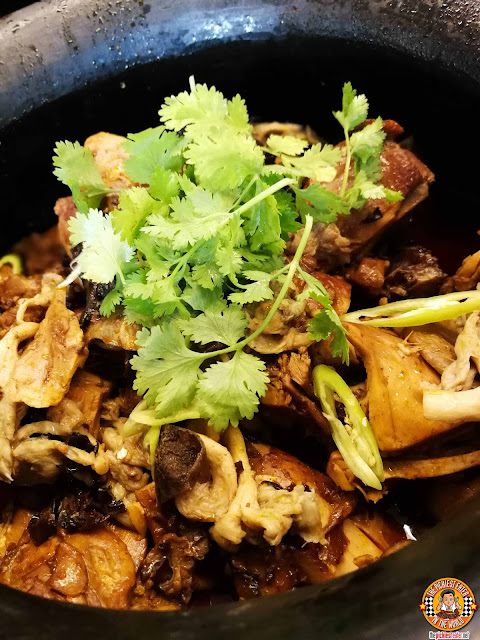 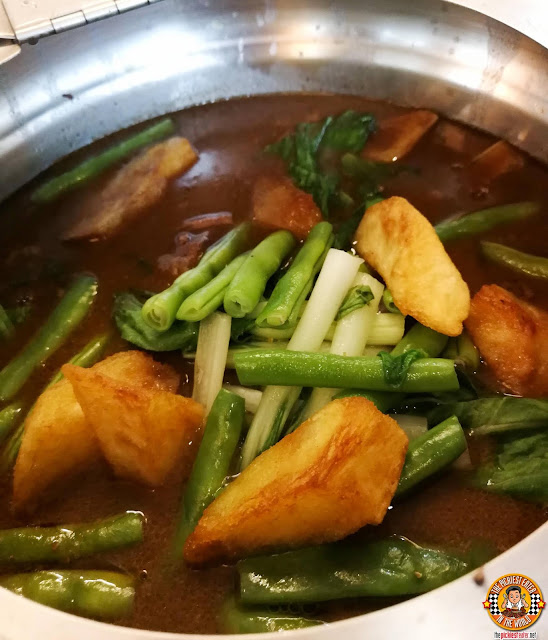 
One of my favorite dishes of the spread, had to be the Adobong Bone Marrow by Chef AJ. The flavorful Adobo Sauce draped over rich Bone Marrows, giving it more flavor was amazing. Unfortunately they were also incredibly decadent, so I chose to eat moderately hehe... (Matanda na Tito Richie niyo) 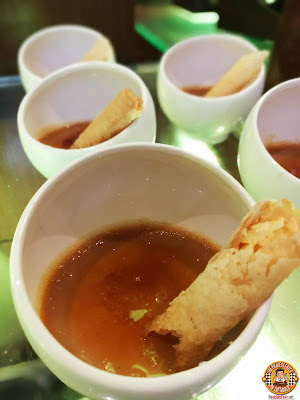 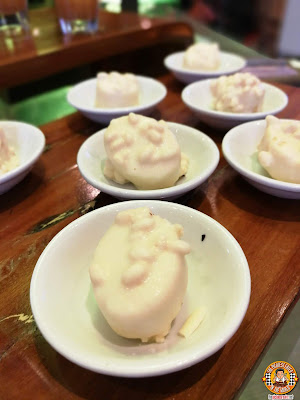 Dessert selections included native items from throughout the country, with the standouts being the Guave Panna Cotta, and the White Chocolate Polvoron Squares. 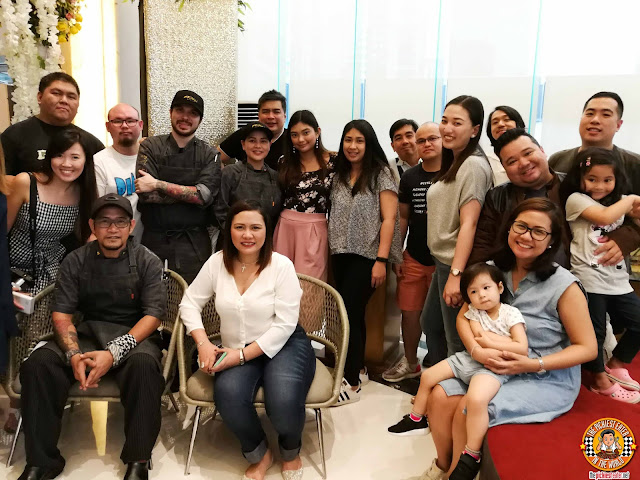 This is the sixth year of F1's LuzViMinda Festival, and I must commend the chefs for always finding a way to raise their games to elevate Filipino cuisine to new heights! Congratulations to Chef Chubby, Chef Aj and Chef Zhe for collaborating on such an excellent spread, with the major regions of the country, very well represented!