FAREWELL TO KFC'S DOUBLE DOWN! #GOODBYEDOUBLEDOWN 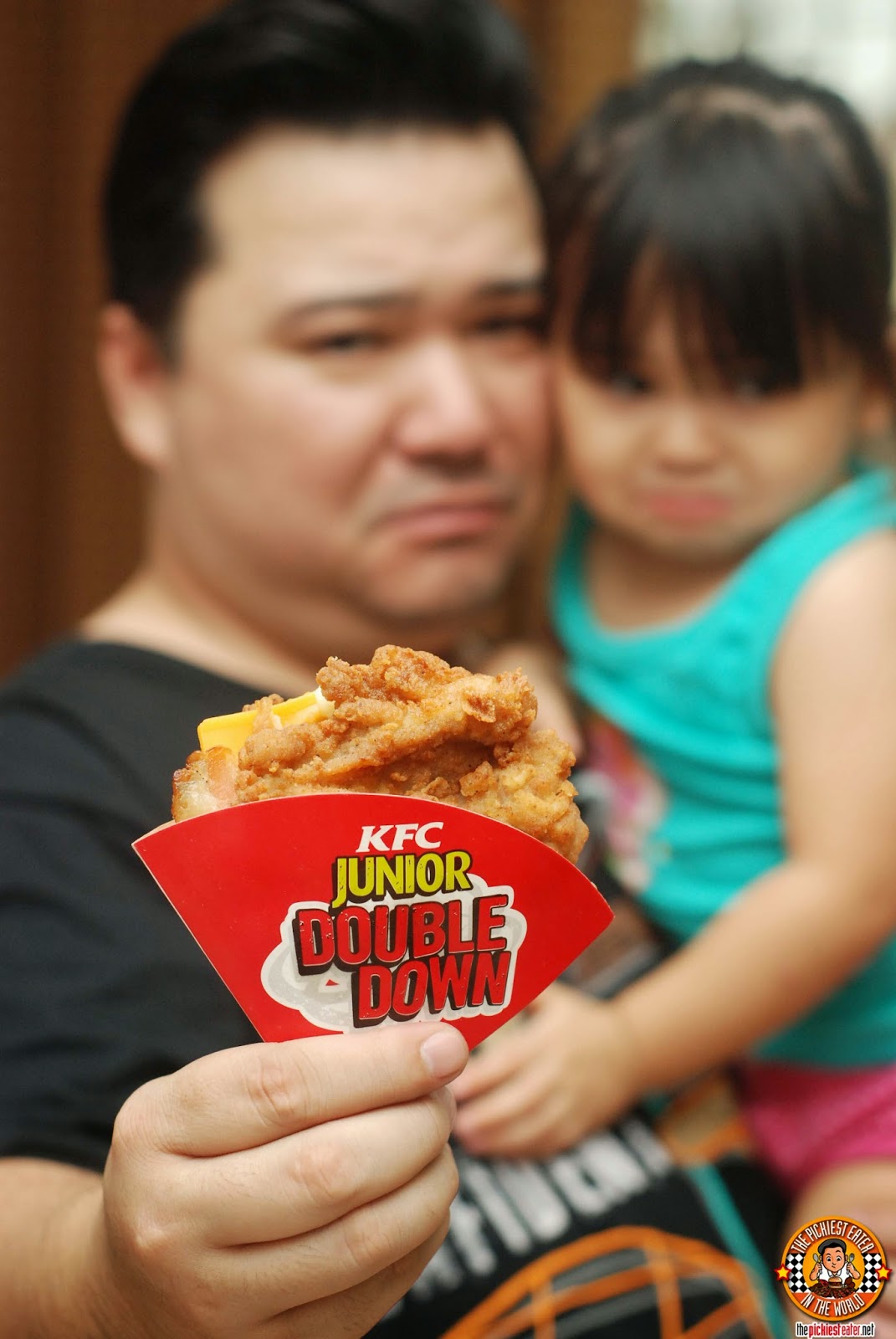 I'm not very good at saying Goodbye. When I left my job a few months back, I decided to step out of the office incognito and skip the tears, and instead sent out a farewell email to my friends at work the following morning.
Which is why when I found out that KFC was bidding goodbye to the Double Down and the Junior Double Down, I didn't take it very well. 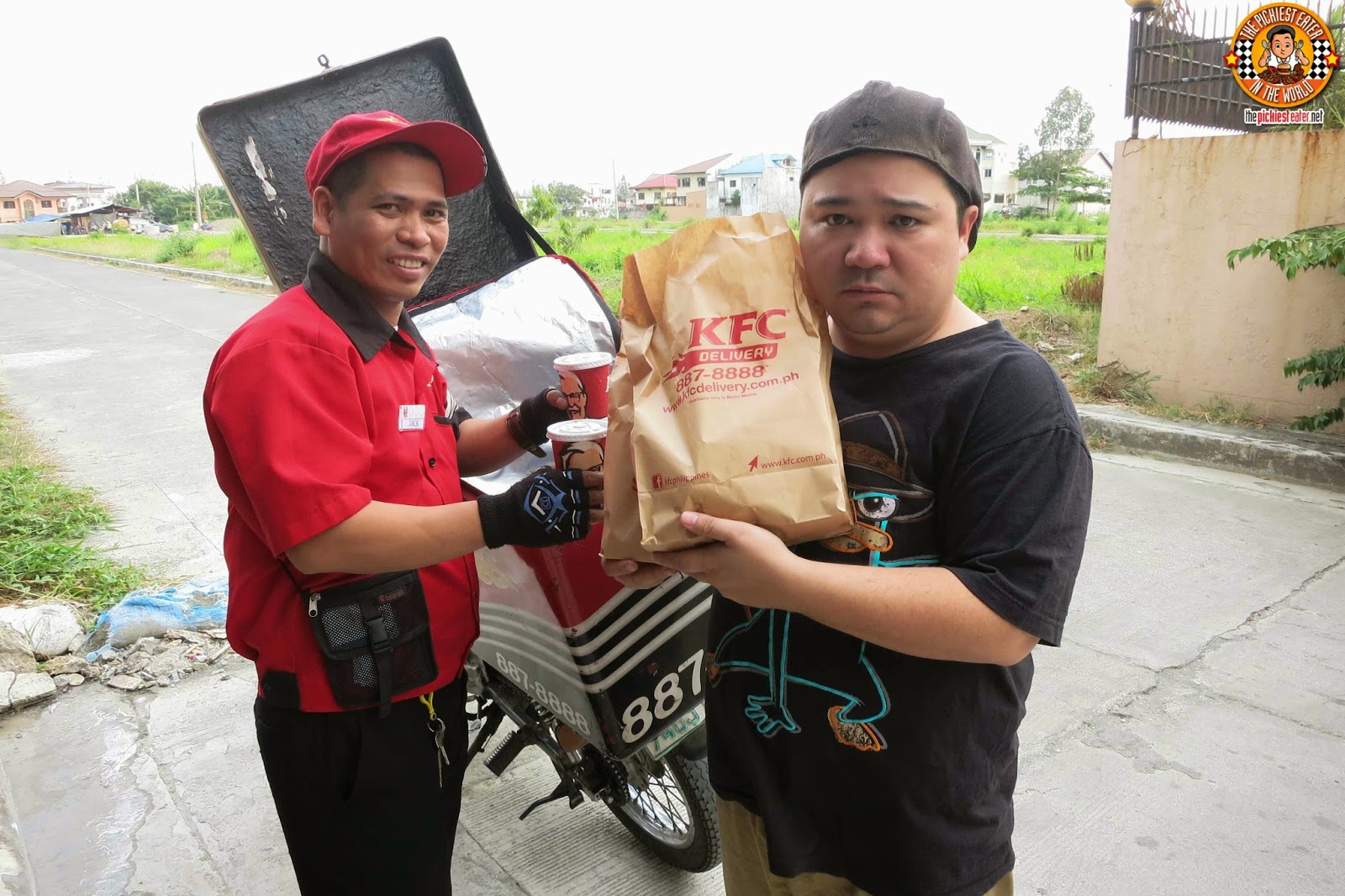 Can you blame me though? How else would you expect me to react to the news of a menu item- nay, a menu treasure - such as "Two MASSIVE KFC Original Recipes fillets used as sandwich buns, sandwiching bacon and cheese, with a slathering of mayonnaise", being removed from the menu?

After the Double Down and the Junior Double Down were delivered to my home for what could possibly be the very last time, I asked Manong Driver if the news was indeed true... Maybe this was just some horrible nightmare. I would wake up in the morning in a world where the existence of The Double Down was not in Jeopardy. 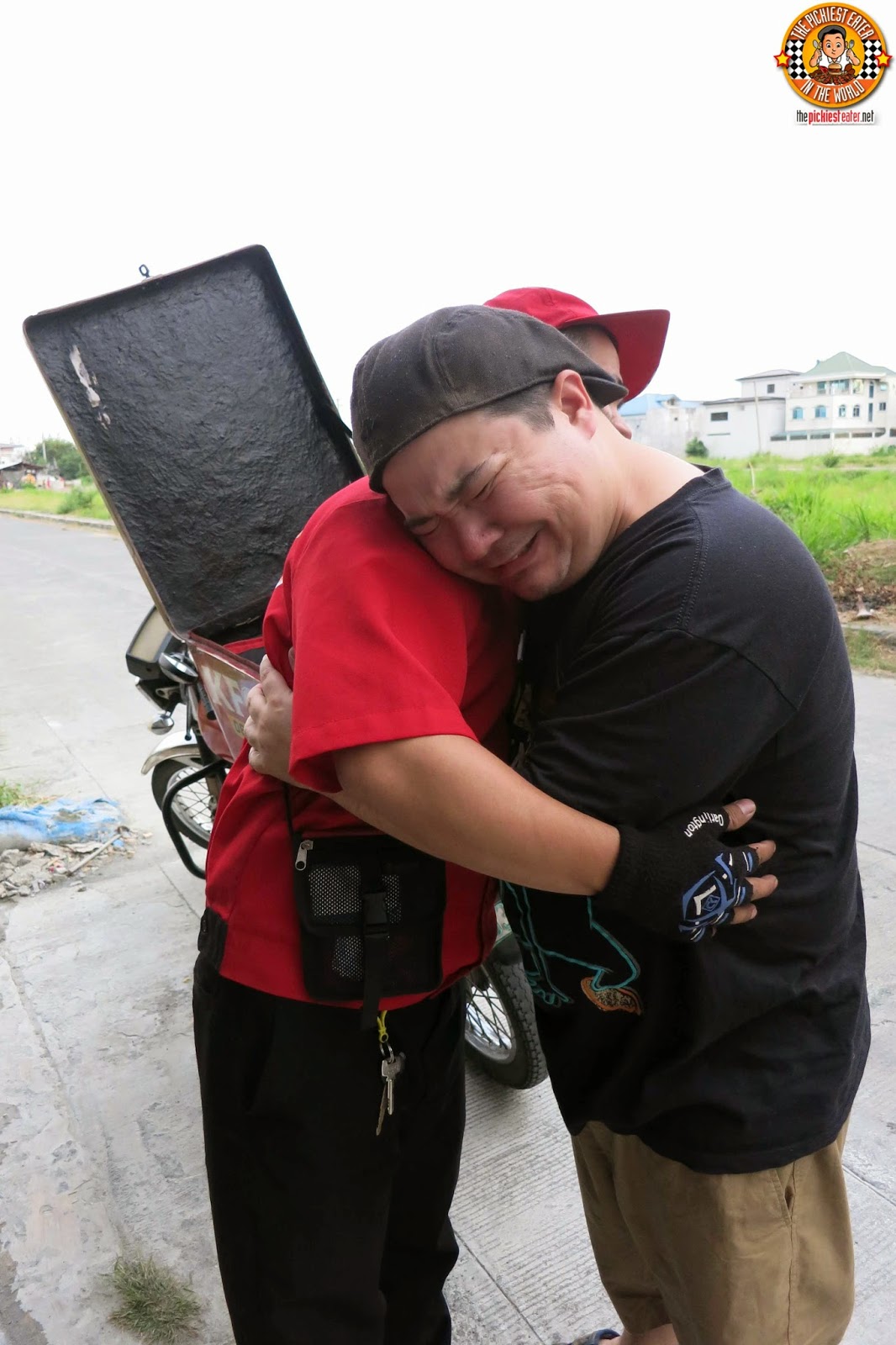 Alas, Manong Driver could not offer me such news. All he could do was offer me a consolitory hug, as he too seemed like he was losing an old friend. 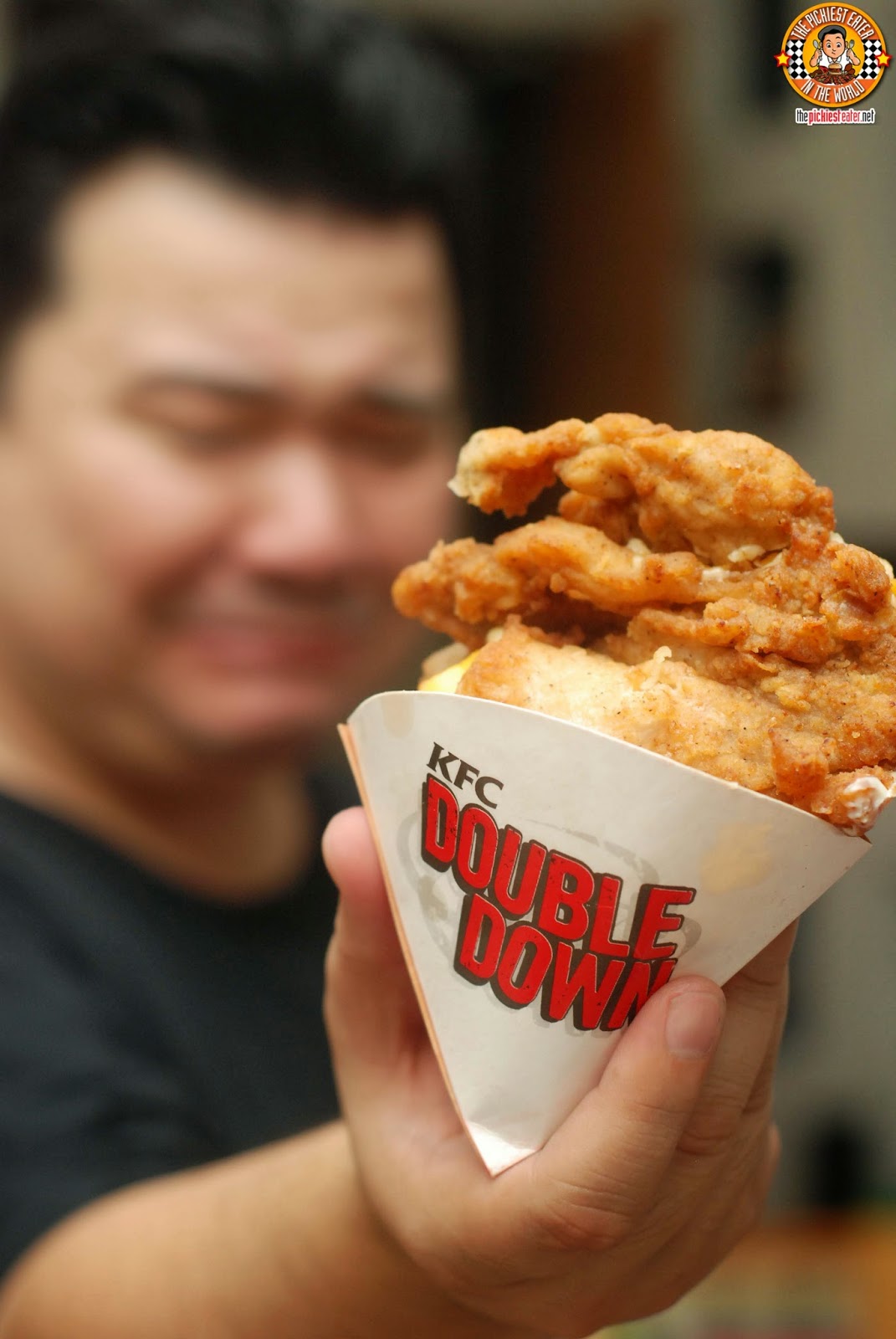 As painful as this parting of ways was, I felt that this isn't the way the Double Down would have wanted things to end. Why go out on a somber note, right? Why not celebrate the life of the Double Down while it is still with us, instead of focusing on its heartbreaking departure?

So here's what you can do to give the Double Down the farewell it deserves:

1) Head on over to KFC and buy the Double Down and/or the Double Down
Junior. (the more, the merrier.. Remember, this could be the last time
you`ll be able to order it in God knows how long).
2) Take a creative Photo of you and your Double Down(s)
3) Post the photo on your Twitter and/or Instagram using the hash tag
#GoodByeDoubleDown
4) In the caption, share what you`ll miss most about the Double Down.

KFC Philippines will be choosing the most creative entries, and awarding the winner with a "Double Down Party" for his/her barkada! 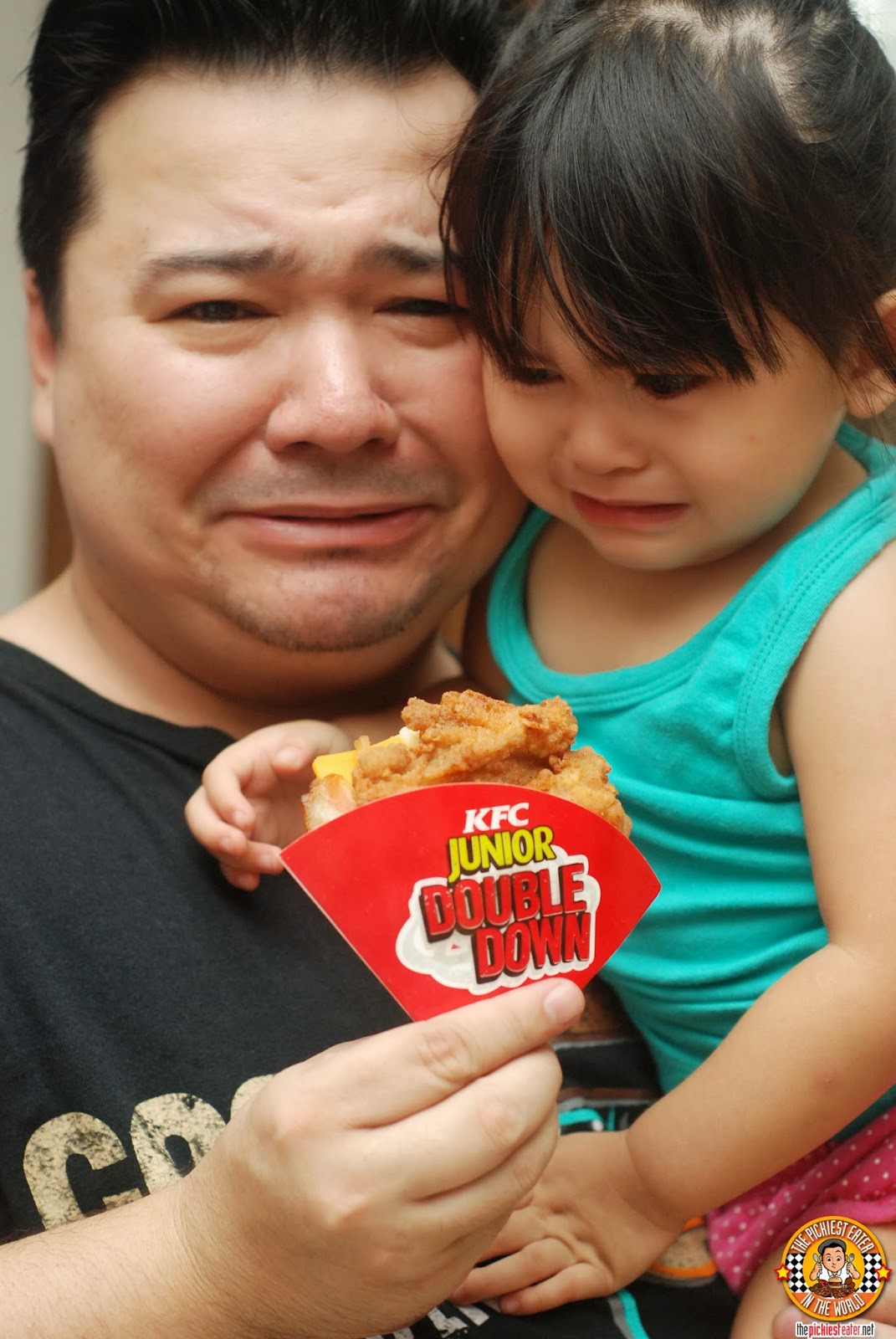 So if you want that Double Down party, I strongly suggest you get started on your entries right away, because the KFC Double Down and the Junior Double Down won`t be around for very much longer.

FYI.. KFC encourages "Happy" entries, but Baby Rain and I really Didn't take the news of the Junior Double Down`s departure very well, and we were totally unable to hold it together. :(

Posted by The Pickiest Eater at 7:16 AM