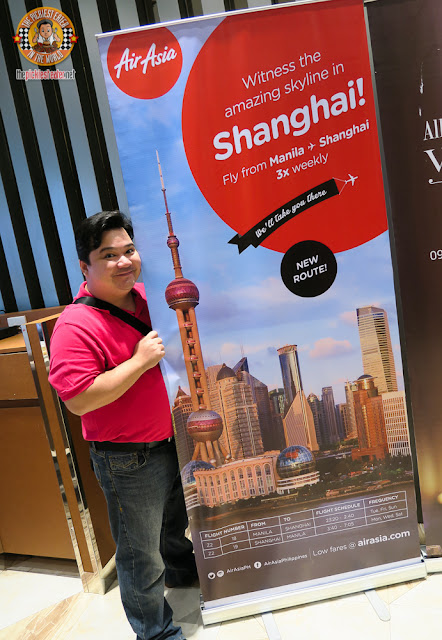 I've traveled Air Asia numerous times for both domestic and international trips, and I've never had a problem with my book or the flight itself. Though they are known as a "Low Cost Carrier", you wouldn't feel it from the quality of service.

Like many people in our country bitten by the wanderlust bug, I'm always on the lookout for a great travel deals, and the Air Asia website is usually my first stop! It's awesome to see that an Airline with the vast reach of Air Asia isn't content with the lineup of destinations on their roster, and is always looking to expand further for their passengers in the Philippines.

True to form, just few days ago, Air Asia unveiled their newest route.. And it's a pretty awesome one!

Starting June 10, Air Asia is going to be flying out to Shanghai!!!

And guess what? One lucky reader is going to win a free ticket to Shanghai!! 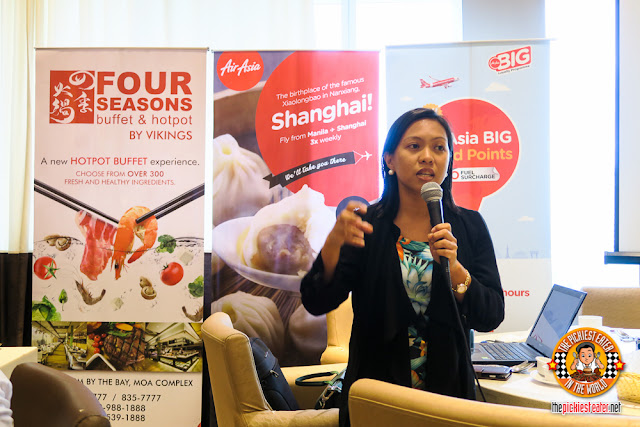 The intimate event held at Niu by Vikings at SM Aura, and was opened by Len Caccam, Philippines AirAsia Marketing Manager, who presented some videos that highlighted the beauty of the city of Shanghai, and why it has become a must see tourist destination. 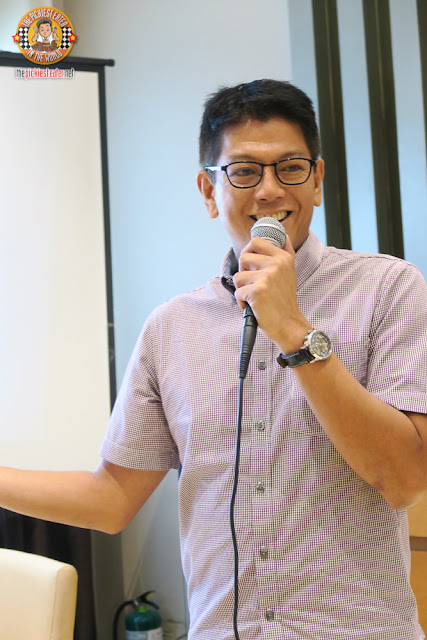 Philippines AirAsia’s Commercial Head Gerard Peñaflor was then called to take the floor, where he explained, “We are thrilled to re-connect Manila-Shanghai to boost tourism and trade between both countries and in anticipation of the formal opening of Shanghai Disneyland in June, we are offering exciting promo fares for Filipinos to fully enjoy this magical place that so many people have been raving about.”

So in connection with this, AirAsia is introducing its Manila-Shanghai route with all-in promotional fares available for booking at www.airasia.com starting May 30 until June 12, 2016! Guests who will avail of this promo will be able to travel from June 10, 2016 to October 29, 2016. This promo is also available on AirAsia’s mobile site mobile.airasia.com.

Flights between Manila and Shanghai will be operated by Philippines AirAsia with the following schedule: 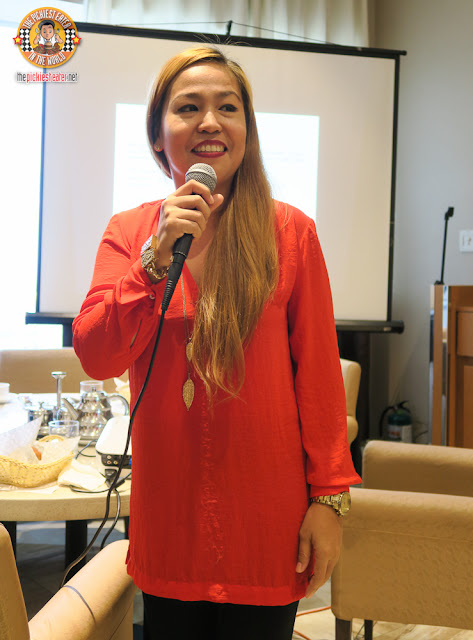 Afterwards, we were treated to the musical stylings of sultry singer, Raquel Bartolome, best known for her gravity defying splits and costumes that would make Lady Gaga look like Mother Superior!

I'm kidding, my dear friend Raquel Bartolome is head of marketing for the Vikings Group, in which Niu is under. Niu served exceptional Chinese dishes, keeping everyone anxious to experience Shanghai first hand! 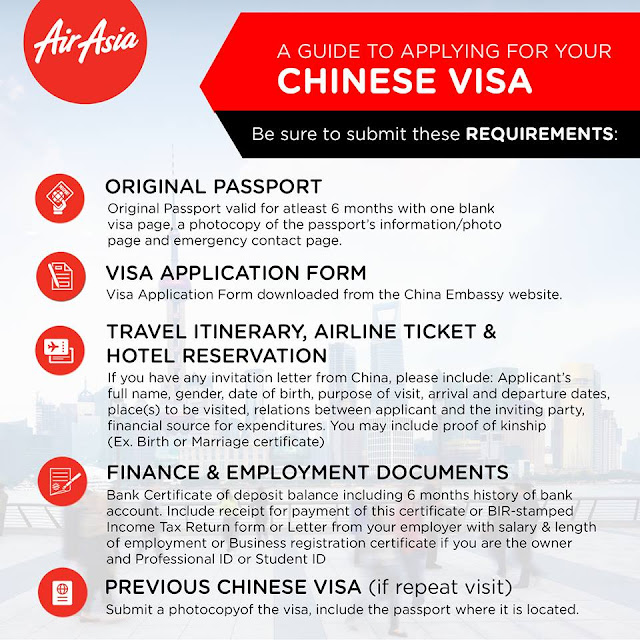 I know what you're thinking.. "But I don't have a Chinese Visa"! Well, don't let that intimidate you, because getting one isn't as difficult as you would think! First off, make sure you have the following requirements ready. (See above)

HOW TO APPLY FOR A CHINESE VISA IN THE PHILIPPINES 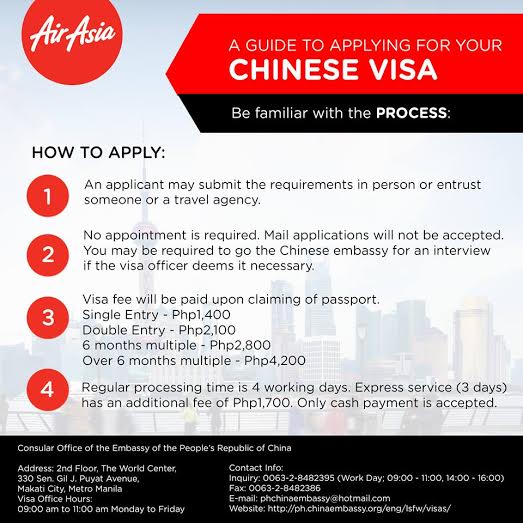 Once you have all your requirements ready, just follow these steps! The price for the processing fees aren't as daunting as one would think! 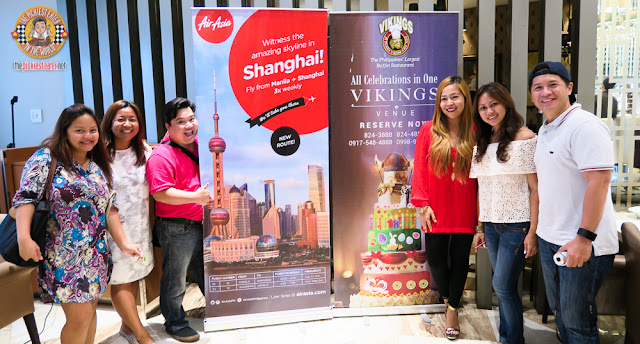 Thank you to my friends at Air Asia and Niu by Vikings for an amazing time!

As a special treat to my readers for my Anniversary Month (We're turning 6, can you believe it?), I'm giving away a free trip to Shanghai to One of you!

VISIT MY INSTAGRAM PAGE FOR THE MECHANICS ON HOW TO JOIN THE CONTEST AND WIN A FREE ROUND TRIP TICKET TO SHANGHAI!!

Exciting news! Air Asia now flies from Manila to Shanghai 3x a week!! Want to win a free ticket to Shanghai? STEP 1: Like @thepickiesteater and @airasiaph on IG! STEP 2: Regram this picture, OR post a picture of your own, telling me why you want to go to Shanghai, tagging/mentioning 5 of your friends, and using the hashtags #WhereInShanghai and #AirAsiaInShanghai Make sure to tag @PickiestEater and @AirAsiaPH as well! STEP 3: Make sure you leave a comment on the comment section when you're done, so your entry counts! Entry period Is from June 3 to 9. GOOD LUCK!! For more info on Air Asia in Shanghai, visit www.thepickiesteater.net
A photo posted by RichieZ (@pickiesteater) on Jun 3, 2016 at 12:35am PDT