MAMA LOU'S: THE LOVE SPREADS TO AYALA MALLS AT THE 30TH! 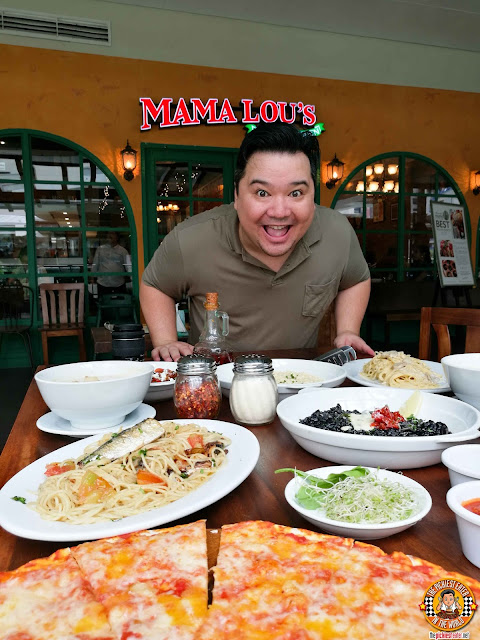 One of my favorite success stories, is that of Mama Lou's. From a humble eatery running out of a family household, to one of the most popular Italian restaurant chains in the country today. I was quite relieved that they opened a branch at UP Town Center, since I'm rarely down South. But my friends at Mama Lou's ended up doing me one better. Just a couple of months ago, Mama Lou's opened yet another branch, this time just a few minutes away from my office, at the recently opened Ayala Malls at the 30th in Pasig! 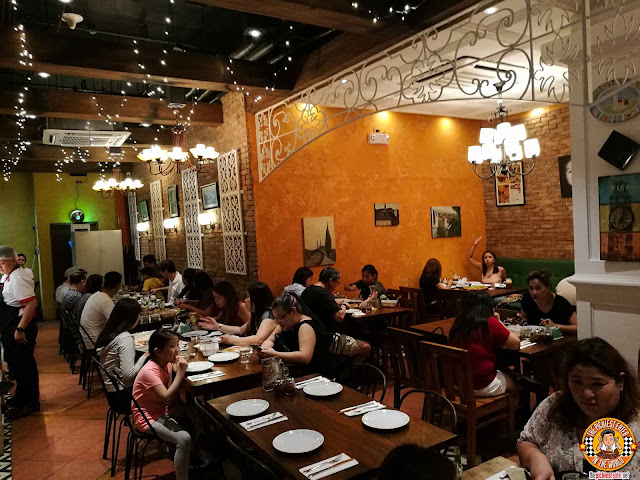 The Pasig branch has the same homey, rustic Italian feel that Mama Lou's has been known for. We arrived a little before noon, and it was clear that the denizens of Pasig have taken to the incredible food that Mama Lou's the emerging Italian restaurant powerhouse it is today. 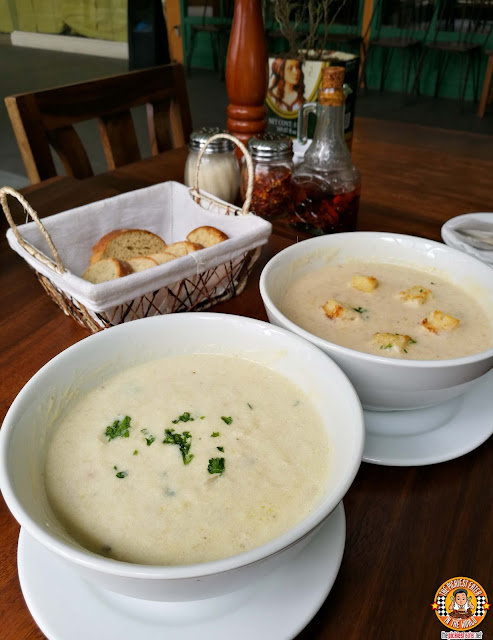 Our meal began with some of Mama Lou's amazing soups, namely the Clam Chowder (P185) and Roasted Garlic Soup. The Chowder was filled with plump bits of clam, swimming in a thick, creamy bath, while the Roasted Garlic Soup had the right amount of zing, without overdoing the 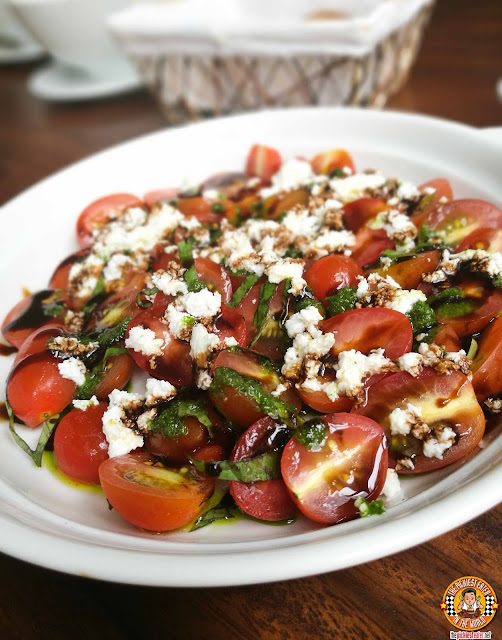 My friends enjoyed the Insalata Caprese (P250), which was a salad made with Cherry Tomatoes, Kesong Puti, Basil, drizzled in Extra Virgin Olive Oil, and finished with a balsamic glaze. 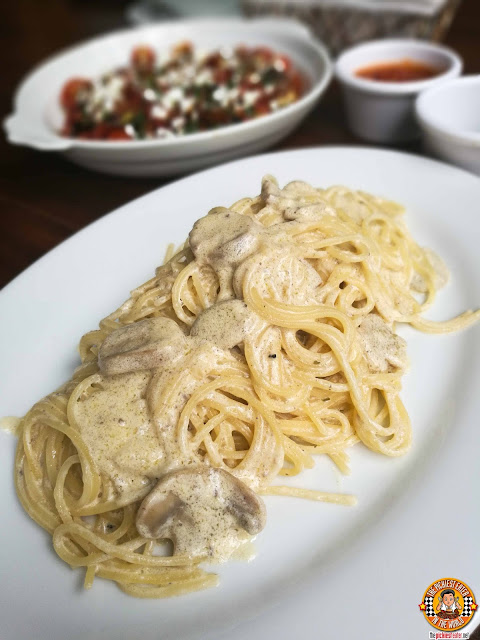 I won't lie, Being a blogger sure does have it's perks, and our friends at Mama Lou's chose us to try an item that wasn't on the menu yet.. Truffle Cream Mushroom Pasta. Friends, I gotta say, this was nothing short of spectacular. The creaminess is given an added fragrance by the truffle oil, with the mushrooms serving as a wonderful compliment to it all. 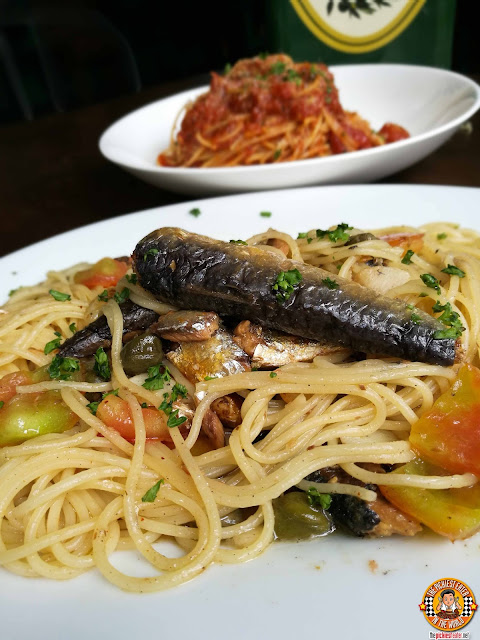 I was surprised that I enjoyed the Italian Sardine Pasta (P275) as much as I did. Although I do eat sardines, I was just taken aback at how flavorful this was. The medley of the olive oil, garlic and basil was enough to stand on its own, but was further punctuated by the delicious wild caught sardines. 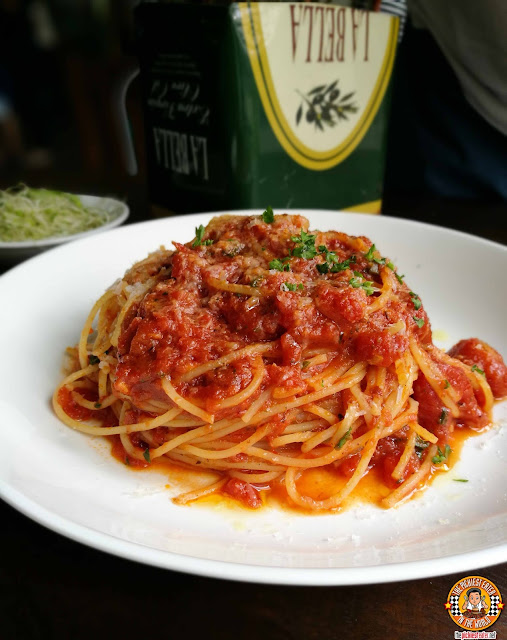 The robust flavors of the Arrabbiata (P295) really kicked our taste buds into high gear. The vibrance of the luscious tomato sauce was spiked by a bit of chili for some heat, with the fragrance of oregano bringing the dish together. 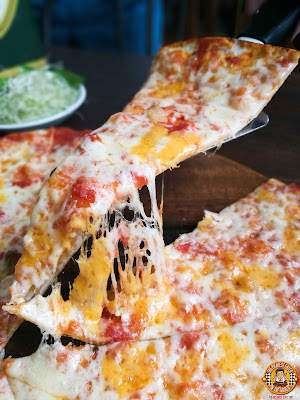 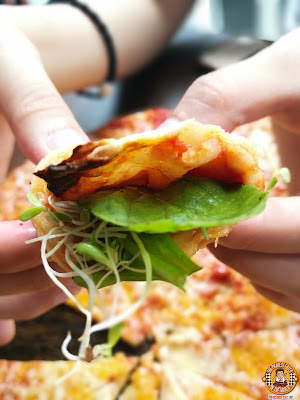 It's absolutely critical for an Italian restaurant to have excellent Pizza, and Mama Lou's Garlic and Cheese Pizza (12' inch P275/ 14' inch P375) knocks it out of the park. It's so simple yet bursts with flavor, and the combination of Mozzarella, Garlic, and Parmesan worked well when rolled with Arugula and Alfalfa sprouts. 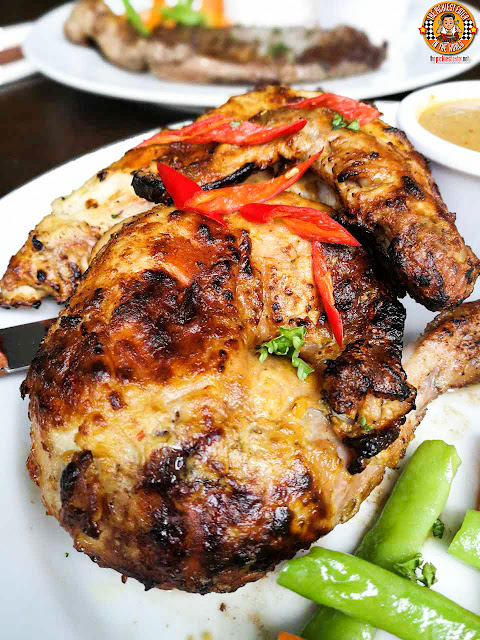 Another must try dish is the Chicken Fra Diavalo (P390). this is a gorgeous piece of chicken oven roasted to perfection, rubbed in Rosemary, Oregano and Garlic, then brushed with chili infused Extra Virgin Olive Oil for an added kick of heat. 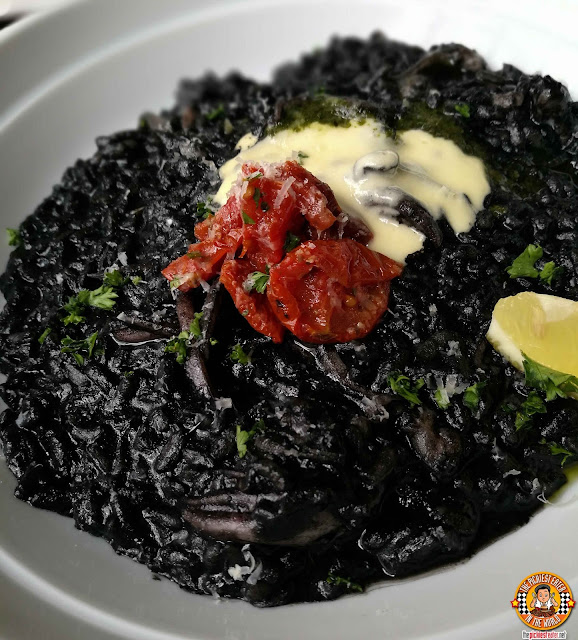 Perhaps by now, the Risotto al Nero is on the menu, but when it was served to us, it was still off the menu. This creamy risotto uses Squid Ink and plump pieces of squid, as its feature, and its brought together by a dollop of Aioli in the center. 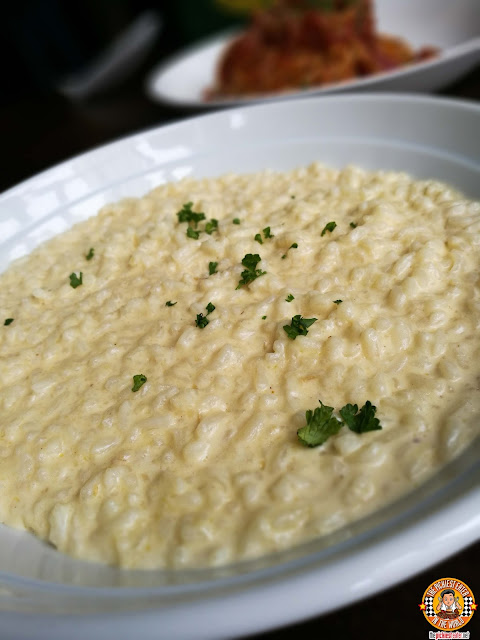 Ok I'm telling you this right now, and i've said it time and time again. I know Mama Lou's Mushroom Risotto gets all the press, but you absolutely MUST try the Buttered Risotto (P295). It's creamy and buttery and make-your-eyes-roll-to-the-back-of-your-head-DELICIOUS. The Marbled Ribeye Steak (P695) was served as the grand finale among the mains, and wow was it amazing, especially when you consider the price. For less than a thousand pesos you get an incredibly tender Australian Ribeye steak, cooked to your liking. 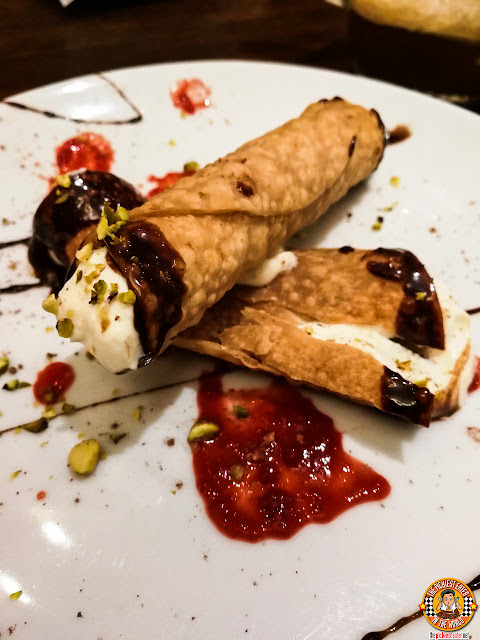 For dessert, Mama Lou's brought out their Cannoli, which was so delicious, even the baddest wise guy would say "Fugget About It!". 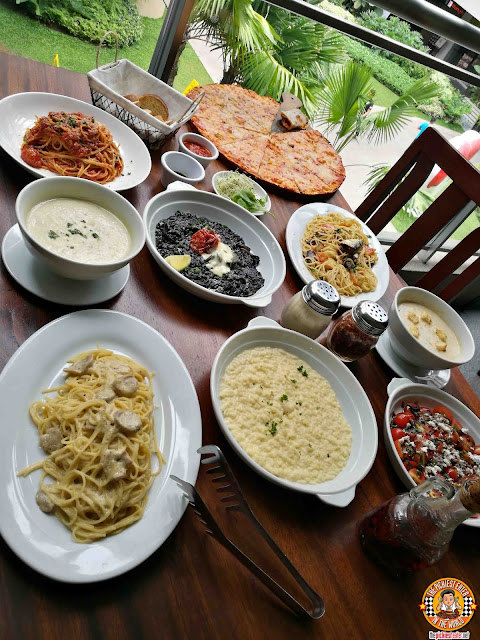 We had quite an amazing feast at Mama Lou's Ayala Malls At The 30th branch, and it's clear that the people of Pasig have welcomed their wonderful food with open arms! 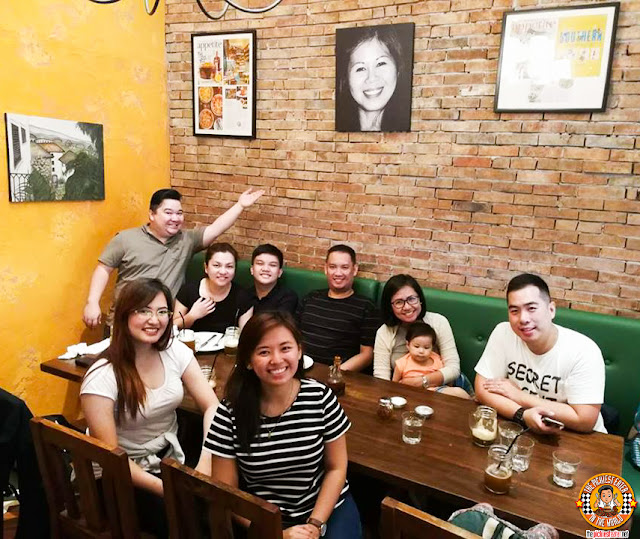 The members of The KTG and I had a phenomenal time, and we can safely say that the heartfelt tradition of preparing food with love that Mama Lou herself began, continues today with every dish that comes out of her kitchen. 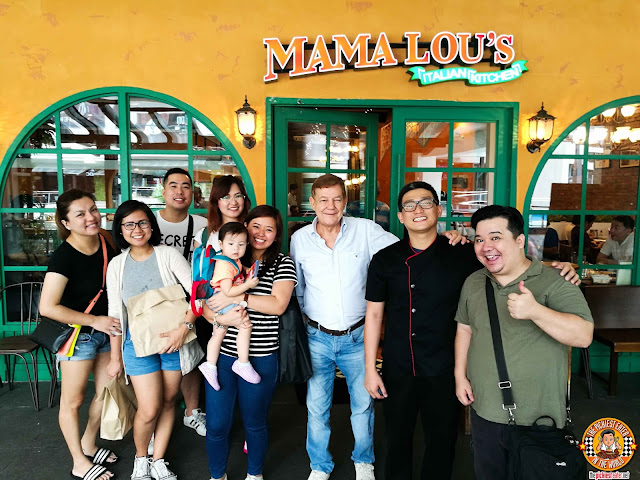 We were honored that Mama Lou's co-owner my Tremblay himself dropped by to make sure the food served to all his customers were nothing short of excellent.