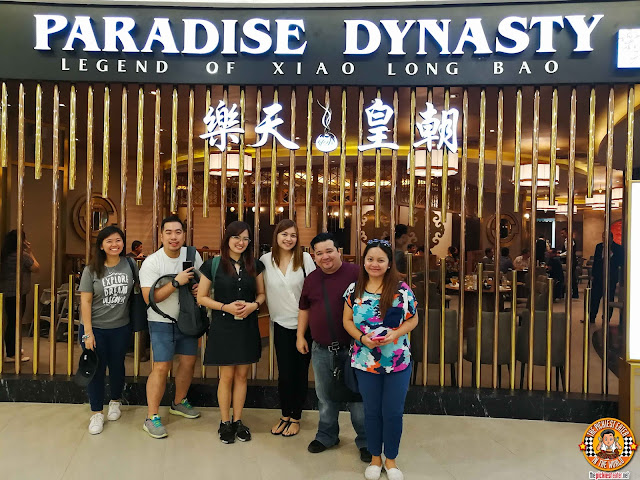 I'm never ashamed to admit that I can never get enough of Chinese Food, especially dimsum dishes like Xiao Long Bao. Paradise Dynasty has become known for being one of the country's best places to get your Xiao Long Bao fix, especially since they offer a medley of flavors to choose from.

My biggest qualm with Paradise Dynasty, however, was the distance. Being a resident of Pasig, it's not easy for me to get to S Maison Mall in Pasay for my XLB cravings. Just a couple of months ago, the Food Gods once again answered my prayers, as Paradise Dynasty opened a branch a few blocks away from my office... At the newly renovated Podium Mall! 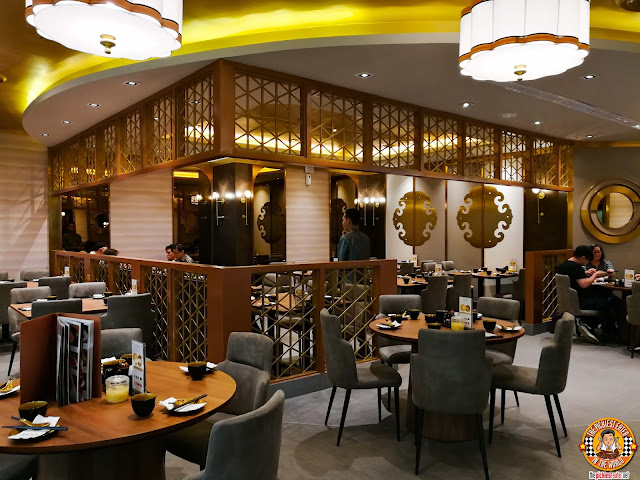 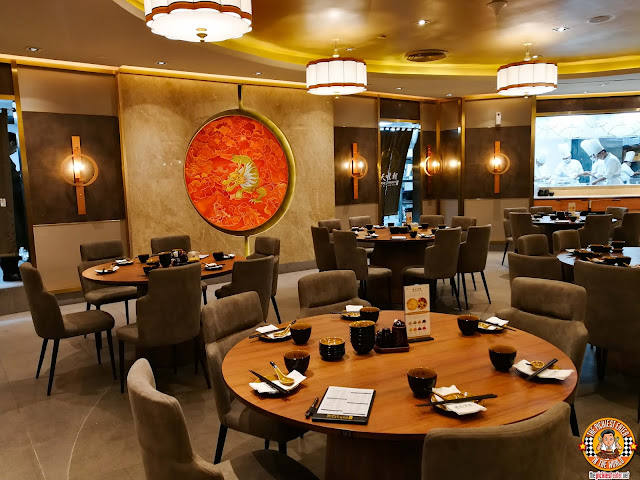 Not exactly sure of the measurements, but I can say that the Podium branch does feel a whole lot more spacious than the original S Maison Branch. In fact, the Podium Branch features Two Function Rooms that can seat around 12 people comfortable, which you may reserve (With a minimum guarantee order I believe, best to inquire directly). 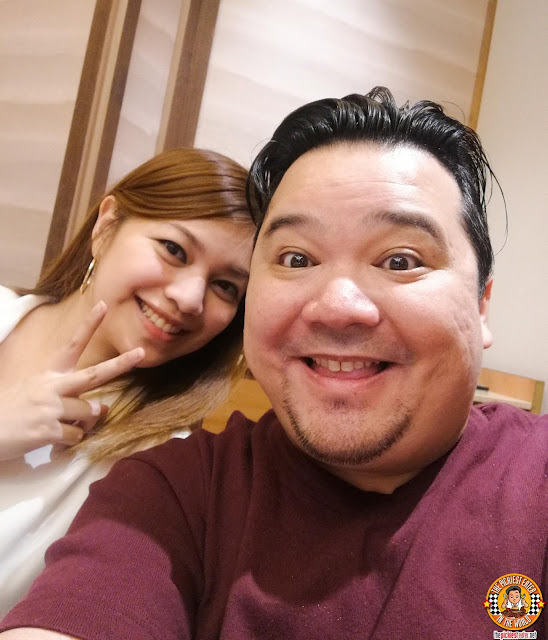 I was also excited to finally be dining with my friend and rising Food-Photographer-turned-Food-Blogger, Mars Guisala for the first time! I met Mars a couple of years ago at Edsa Shangri-la, where she impressed me with her eye for photography design skills. I always knew it was just a matter of time for her to build her own blog, www.marsguisala.com.. Check it out when you have a chance!

Here's a quick rundown of some of the dishes they served that I didn't really try.. Well.. Some not more than a bite, but some not at all.. hehe.. (I'm a terrible food blogger, I know, but in my defense, I DID mention that I'm terribly picky 😂). 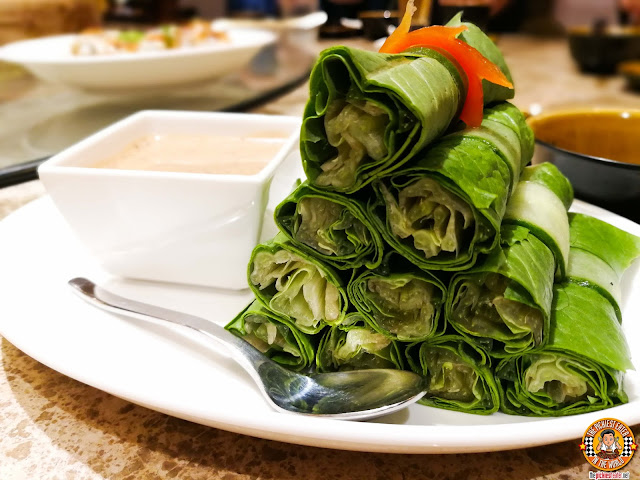 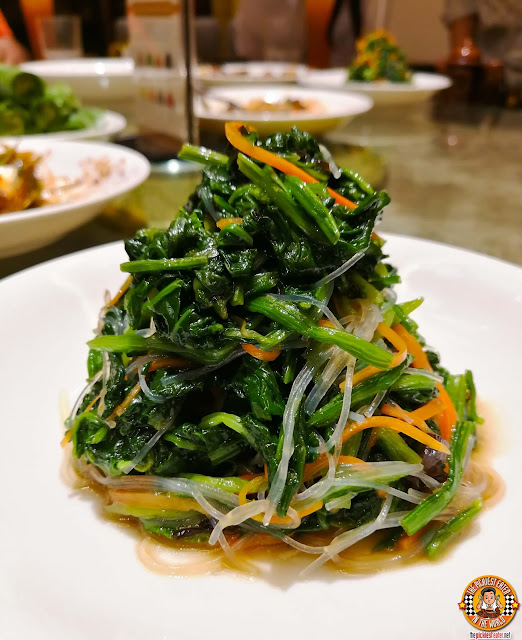 I wasn't really interested in trying the Chilled Baby Spinach with Vermicelli (P288), though my companions did and they seemed to enjoy it. 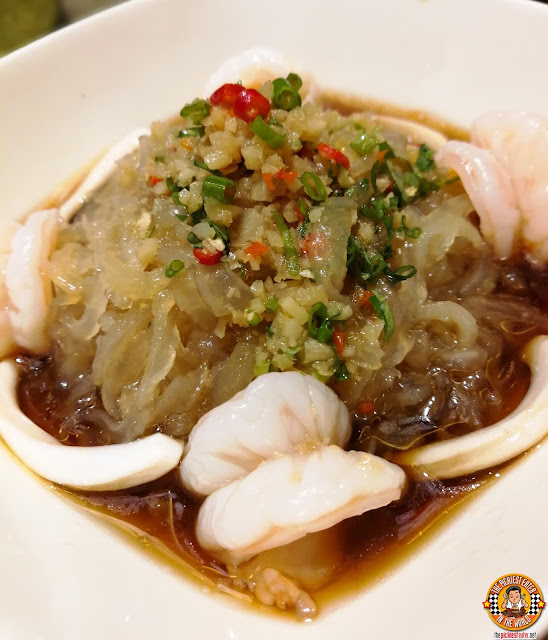 The Chilled Jellyfish and Seafood in Vinaigrette (P328) wasn't something that really interested me, much to the delight of my seatmates, since it meant more for them hehe.. 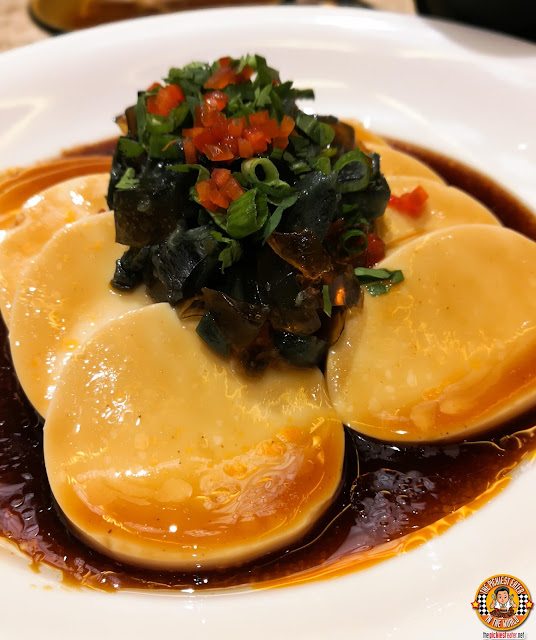 Truthfully, I wasn't too fond of the Chilled Tofu with Century Egg (P188), however the sauce that it was doused in was actually quite flavorful. Not a fan of cold, savory dishes though, unless it's cold cuts hehe. 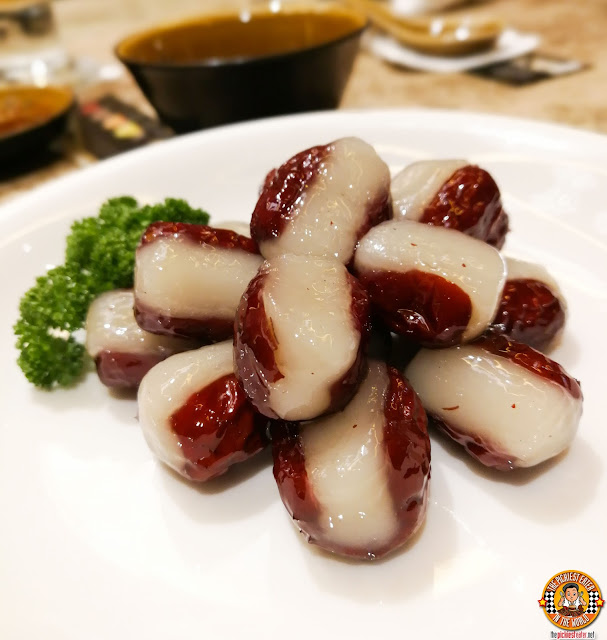 If you like raisins, there's a good chance you'd enjoy the Steamed Glutinous Rice Stuffed in Dates (P238). Not my thing. 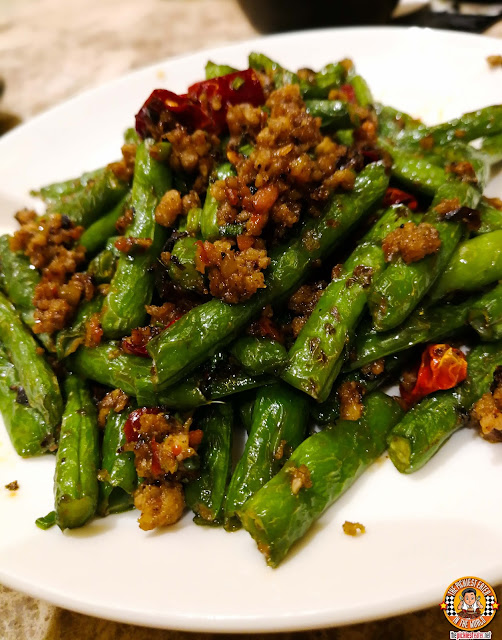 And perhaps the strangest thing you're going to read in this blog post is.. The Stir-fried French Bean with Minced Pork (P238) was actually really good. I imagine this would be even better if you eat it with fried rice! 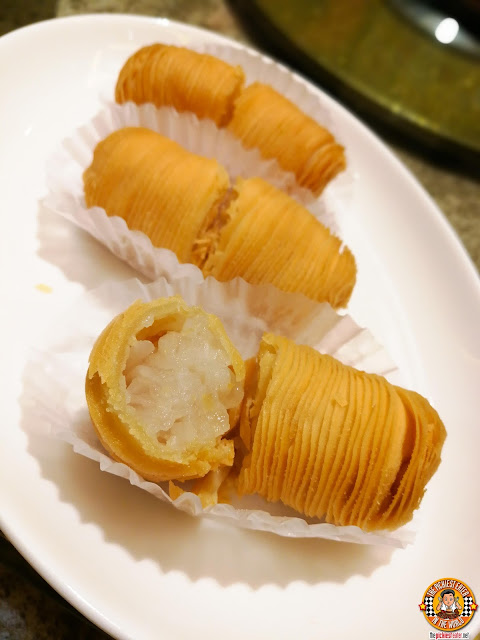 So, enough with the stuff that I didn't eat so much and let's get into the dishes that I absolutely annihilated, such as the Radish Pastry (P138). If for some reason I couldn't eat any form of meat, I would probably stock up on these bad boys. With its buttery flakiness, the pastry itself is the star of this show, with the radish strands masterfully playing a supporting role. 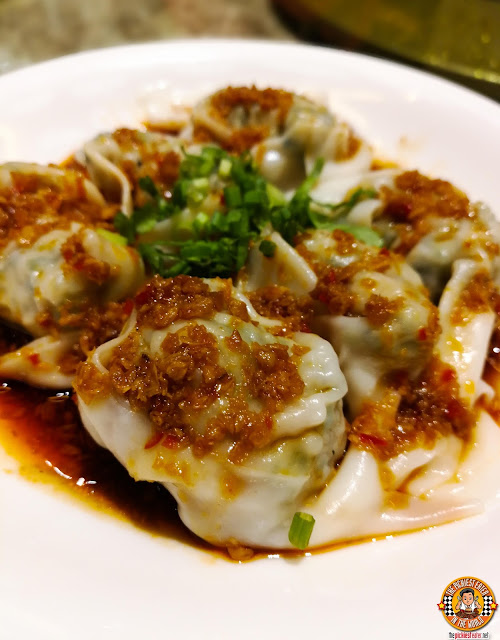 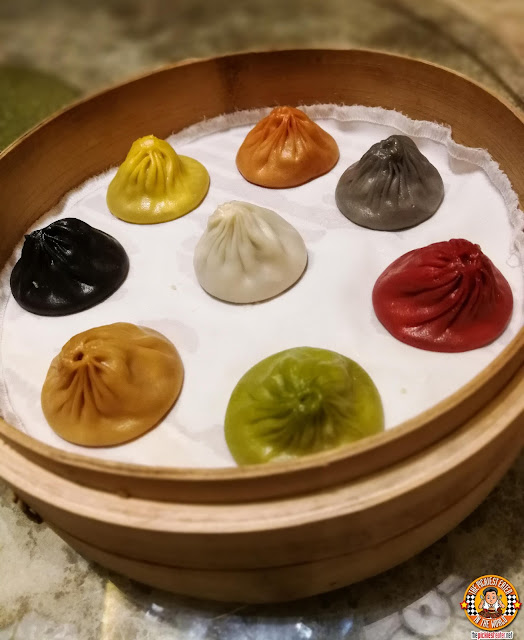 You can't talk about Paradise Dynasty without bringing up their Xiao Long Baos. Paradise Dynasty offers 8 different flavors for you to try. In case you can't choose which one you want to try, then you may opt to get the Specialty Dynasty Xiao Long Bao Basket (P388), which includes all 8 flavors, namely Original, Garlic, Ginseng, Foie Gras, Szechuan, Cheese, Crab Roe, and Black Truffle. 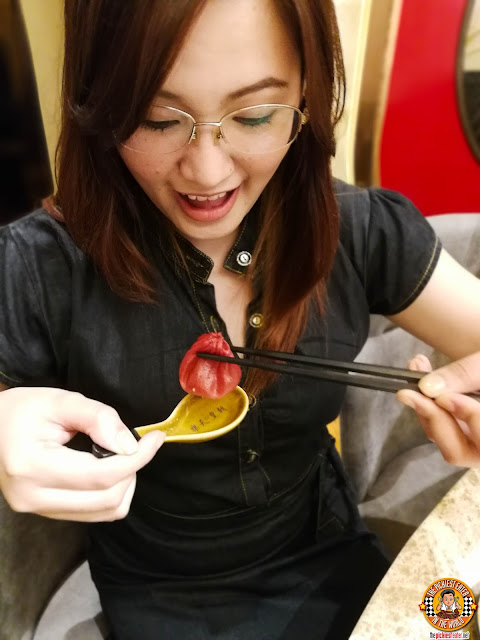 The Szechuan Xia Long Bao seems to be approved by Phantasm Darkstar! 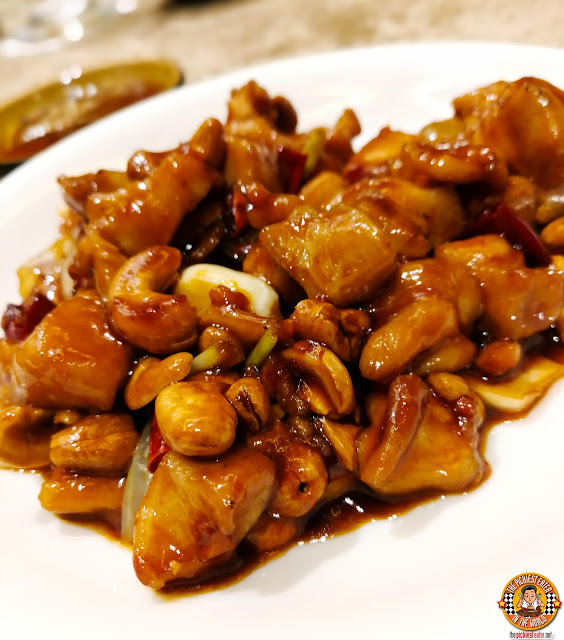 The Kung Pao Chicken (P298) was vibrant and flavorful, with chunks of tasty chicken stir fried in a spicy sauce, mixed with nuts and other spices. 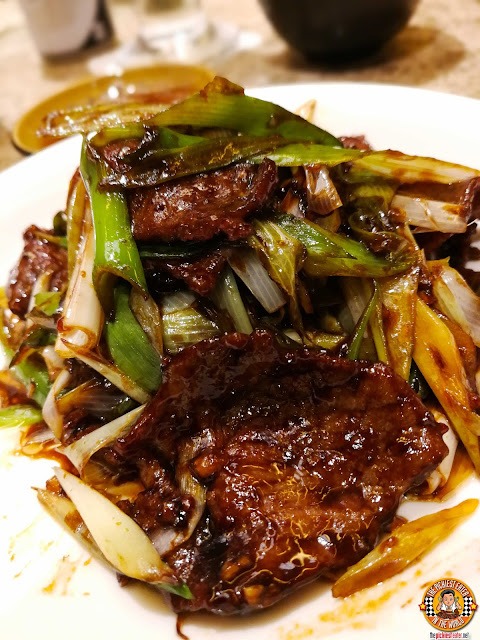 The Stir-fried Beef with Scallion (P388) was fantastic. The tender morsels of beef were melt in your mouth soft, and the sliced scallions gave the meat an extra body of flavor. 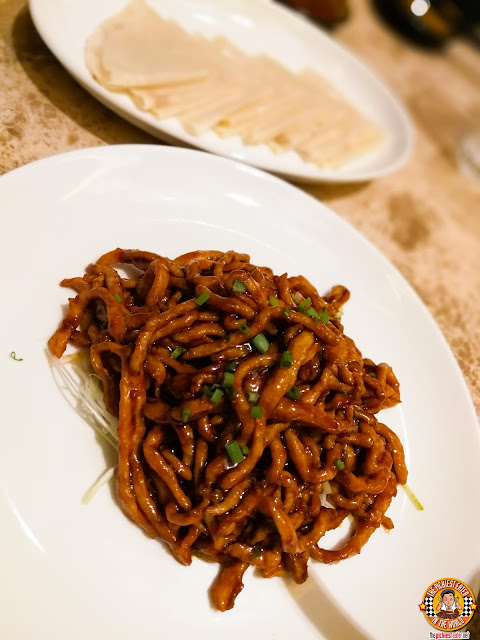 A dish I really enjoy from Paradise Dynasty. is the Stir-Fried Shredded Pork in Black Bean Sauce served with Chinese Crepes (P388). It's rather unique, because the strands of shredded pork is often mistaken for noodles, but when wrapped into the warm Chinese Crepe, the savory flavor of pork, bathed in a fragrant black bean sauce is undeniable. 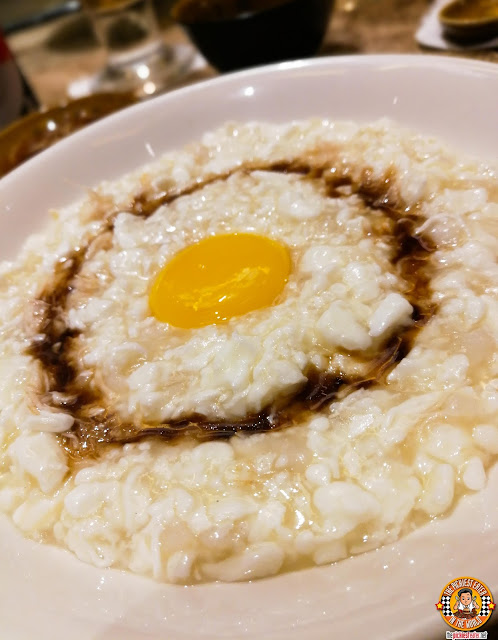 The Scrambled Egg White with Fish and Conpoy (P328) is a great partner to the more robust flavored dishes of Paradise Dynasty. The creaminess of the egg end fish, mixed with the minced scallops often balances the fiery entrees that Paradise Dynasty offers. 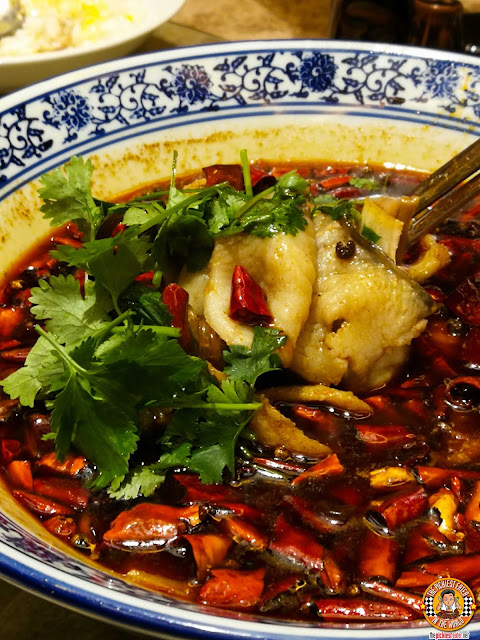 One such dish is the Poached Sliced Fish in Szechuan Chili Oil (P788). The fish itself is immaculately soft, and the Szechuan Chili Oil Bath its swimming in infuses it with a bold profile that will undoubtedly appeal to your taste buds. 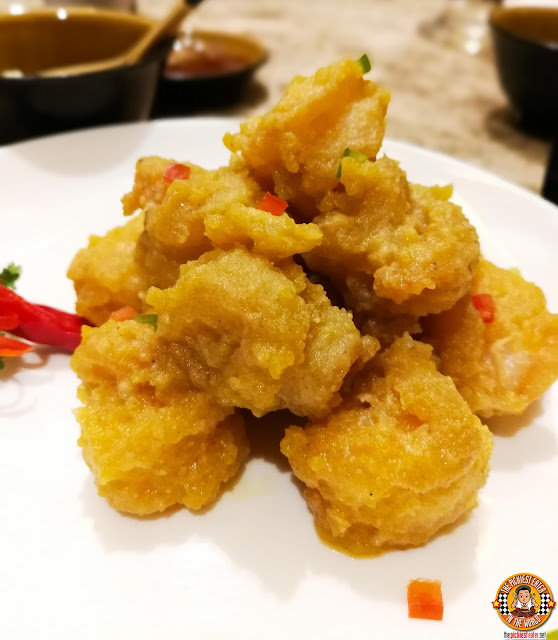 Ok I'm going to tell you this from a guy that doesn't really each prawns... Paradise Dynasty's Crispy-Fried Crystal Prawns tossed with Salted Egg Yolk (P588) is nothing short of AMAZING. From the delicate salted egg infused coating, to the innate sweetness of prawn itself, I can safely say that this is easily among my favorite prawn dishes... EVER. 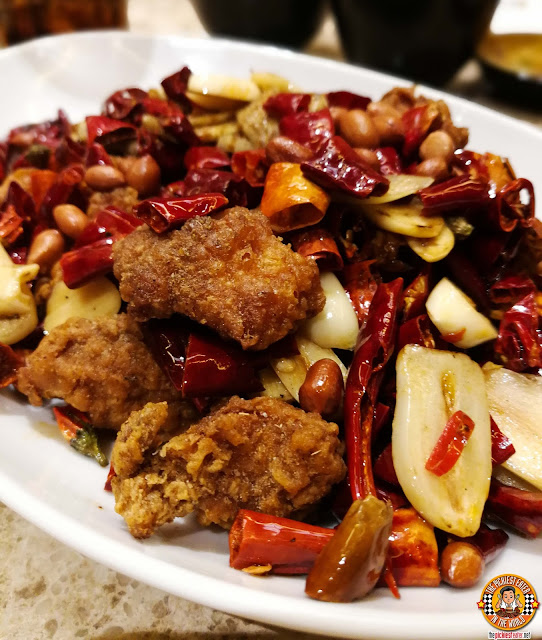 The Spicy Szechuan Crispy Chicken may seem daunting on the onset for people who can't handle the heat, but I found that if you carefully evade the whole slices of chilis, you'll find a well seasoned, crispy, juicy plate of Chicken cutlets. 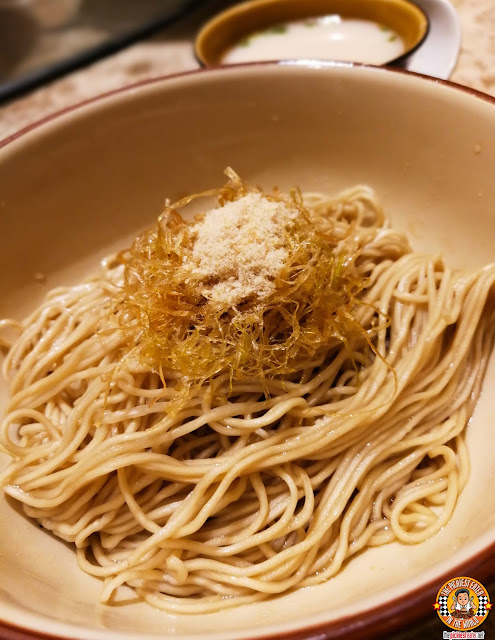 The La Mian with Scallion (Dry, P200) was one of my favorite dishes of the night. Its beauty emanated from it's simplicity. Hand pulled noodles are topped with dried deep fried scallions..

Then a light, yet creamy broth is poured over it, added another layer of flavor to it. 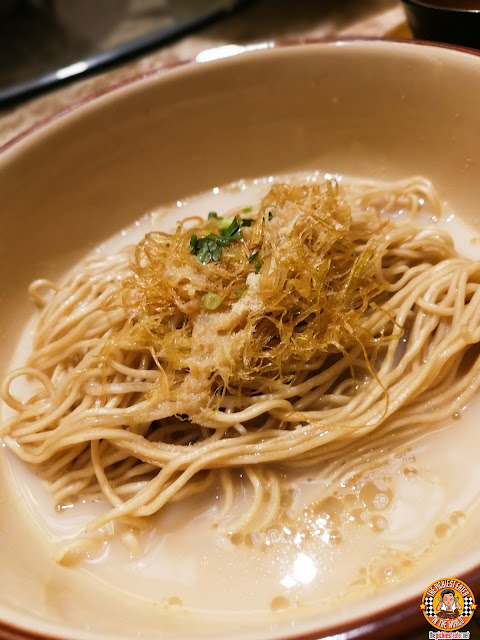 The integrity of the noodles was never compromised by the creamy broth, as it maintained a notable springiness that reaffirmed the high level of quality we were getting from Paradise Dynasty. 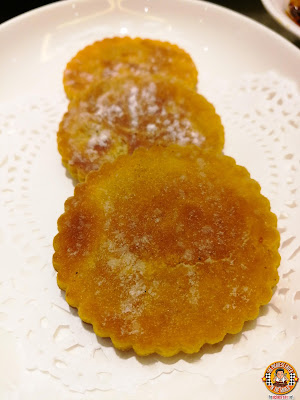 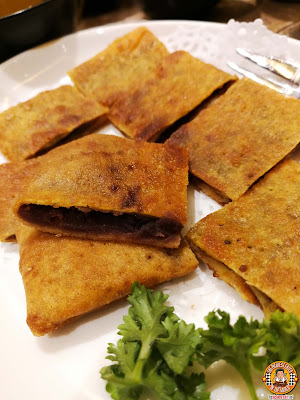 I'll be the first to admit, desserts aren't Paradise Dynasty's stronger suits. The Pan-fried Pumpkin Pastry (P138) and the Pan-fried Pancake with Red Bean Paste (P168) were no doubt delicious in their own right, but nothing that would really knock your socks off. 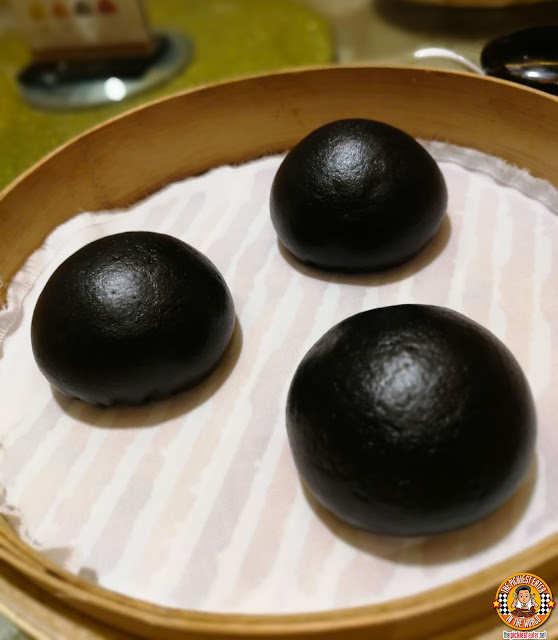 What I recommend you do instead, is order the Charcoal Custard Lava Bun (P188) for dessert.

For some reason it's listed in the menu as "Dimsum". But when you tear in the soft charcoal steamed bun apart and the golden custard oozes out, you know you're in for a treat. Trust me, THIS is how you want to end your meal. 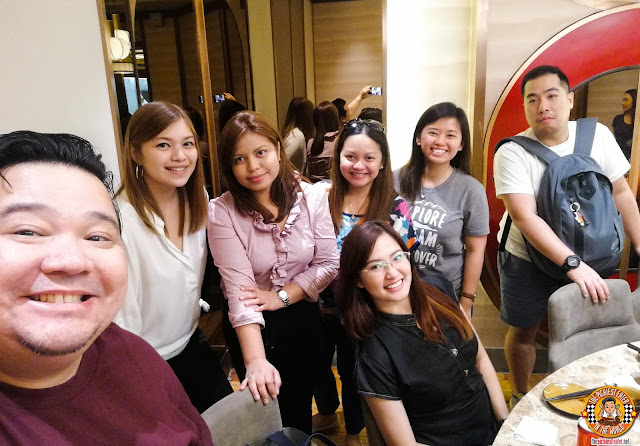 What made this evening particularly special for me was that my wife Rina, who used to be my inseparable partner in blogging before he work made it difficult for her to attend events, was able to join me even for a short time (Good thing there was still some of those salted egg shrimps hehe).

Paradise Dynasty ranks very much up there as one of my favorite restaurants. Yes, their Xiao Long Bao is the crown jewel of their menu, but truth be told, they are so much more than just a Xiao Long Bao joint. I am ecstatic that they opened a new branch in Podium!!