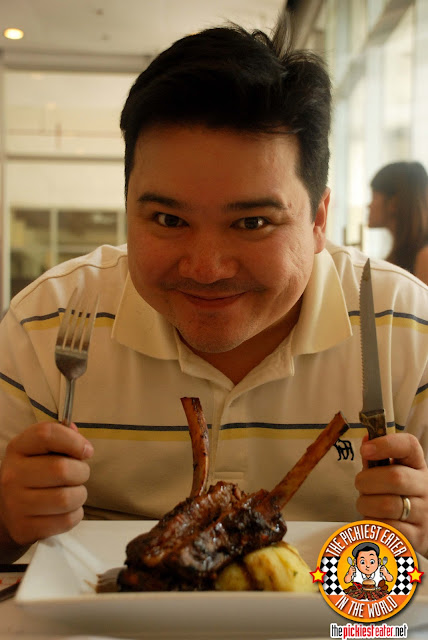 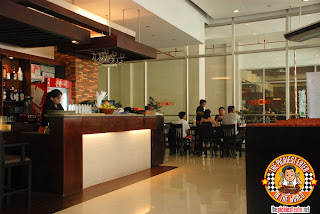 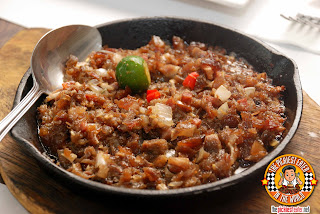 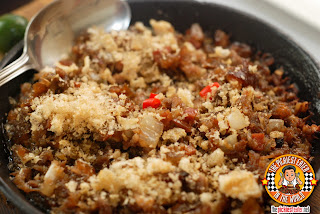 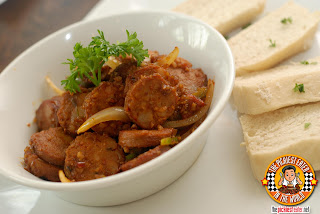 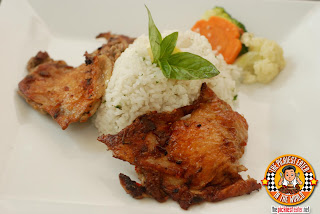 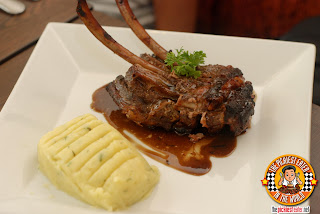 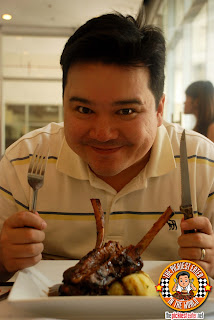 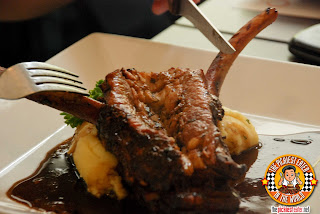 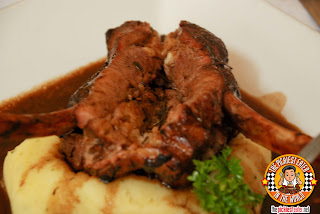 After getting the gender results from our trip to the doctor, Rina and I were so happy about hearing that our baby was healthy that we decided to treat our companions, Chaikka, Don, and my sister Raquel (Same people from our Yellow Cab breakfast) to lunch out at Eastwood. Since I had my trusty Voucher from Groupon Philippines for O'Sonho (I only paid P200 bucks for P400 worth of food!), that was pretty much the default choice (Hey we were paying so no complaining). A work friend of mine, Osh, had also mentioned this place to me in the past, as a suggestion for my next destination. Since she is also a notoriously Picky Eater herself, I instantly knew that there weren't going to be any vegetables involved in this food trip (which was totally fine by me).

I still remember the first time I noticed O'Sonho. Its right beside Cookbook Kitchen, and I didn't think twice when I passed by it at first, because I thought, for some reason, it was a Japanese Restaurant (I could imagine a Japanese man shouting out, "OSONHO!", like it meant "Delicious!" or something). A closer look revealed that it was actually a Portugese Fusion restaurant.

Since Spanish food is a family tradition, I have a high standard for it, and I imagined that Portuguese food wouldn't be very different, so I didn't feel any urgency to try O'Sonho out.

Then on my way back, I passed by the place once again, and I saw their huge menu outside. There was one dish that totally caught my attention: Coffee Marinated Roast Pork. 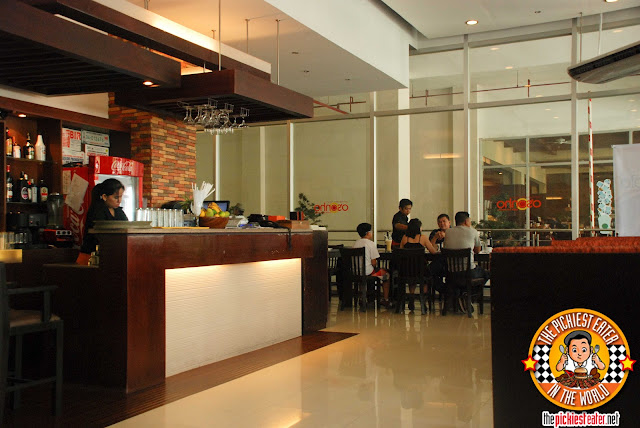 As it turns out, O'Sonho actually means "Dream" in Portuguese.. As since we were still in cloud nine after the doctor's appointment, I think our visit there was very appropriate. Although they dub themselves as a "Restobar", t he place did feel more like a bar to me than it did a restaurant. I don't drink at all, but for as long as they had food, I was good to go. The restaurant, surrounded by glass picture windows and equipped with comfortable booths, apart from the usual tables, seemed cozy enough for a relaxing lunch.

But who cares about the interior design, right? Let's talk about the food. 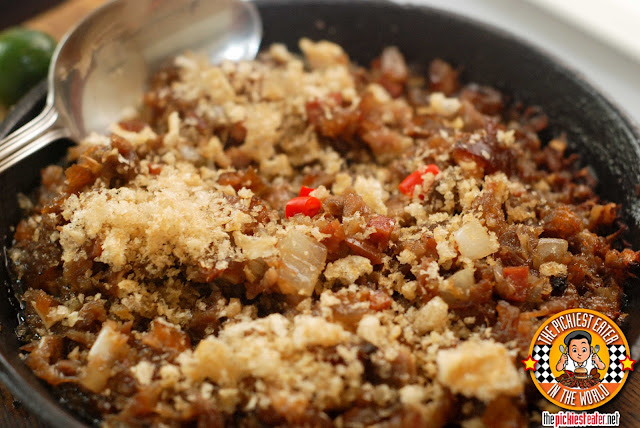 Sisig + Chorizo. Now that's math I can get on board with.
Since Raquel graciously agreed to take us to her doctor at such an early hour in the morning, Rina had one instruction to me: Give the woman ANYTHING she wants. She's quite fond of sisig, so it comes to no surprise that Raqs was intrigued by their Chourico Sisig (P210). Rina, on the other hand, was more than "Intrigued" by it. It's still basically the good old fashioned Sisig that we all know and love, but they instead added an Chorizos to the mix - and it was pretty damn good. I stayed away from the Chilis just to make sure that I could eat a lot of it. It's sisig, so expect it to be oily (If a little oil scares you, then trust me - you're reading the wrong blog) and they even serve it with the chicharon on the side for those of you that don't want to overdo it (yeah good luck with that).

This appetizer was a meal in itself. Rina took one bite out of it and refused to eat anymore, because she felt it would be a travesty against humanity to eat this amazing dish without accompanying it with rice. 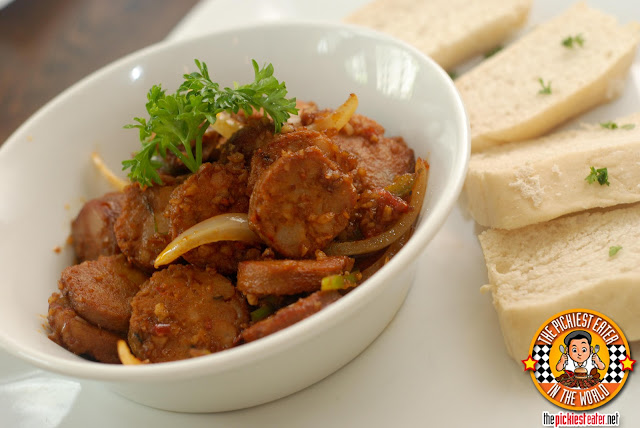 Since we were at a Portuguese place, I thought it would be fitting to order the Portuguese Chorizos  (P260). Because the sisig we were eating was already made of Chorizos, you would think that this would be a little redundant, but it was completely different. This had the tangy flavor of tomato with a slight spice to it. It was sauteed in onions and an assortment of chilis and peppers, but nothing too overpowering. I found it to be quite good, but I decided not to eat too much, for fear of my hyper acidity getting the better of me. On a side note, I think they could have, at the very least, toasted the bread slices it came with. 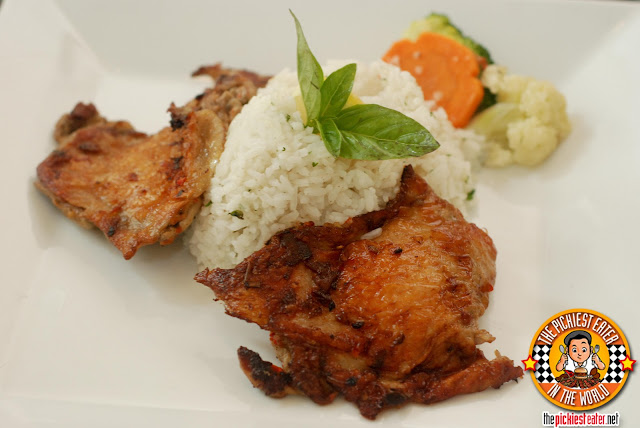 Not exactly easy on the eyes, is it?

When Raquel asked what Chicken Dish she might suggest, our waitress was quick to reply with "The Peri-Peri Chicken". I've tried the Peri Peri Chicken restaurant in Greenhills, and I thought it was pretty good. This one though wasn't actually anything to crow about, especially if you're not into spicy food. It does have some heat to it, and as you can see from the picture, it might have been overdone just a tad. Rina ordered the same thing, and wasn't interested in finishing it (Richie to the rescue), but that's mainly because she was too focused in devouring the rest of the sisig. 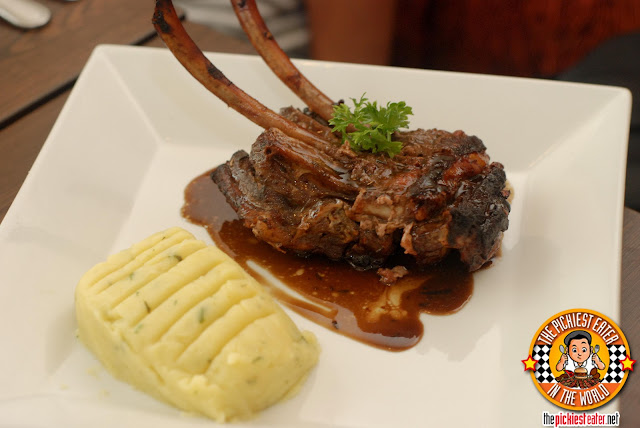 I'm not a coffee drinker at all, yet this Roast Pork has caught my attention from the moment I heard about it. After an agonizing 30 minute wait, my Coffee Marinated Roasted Pork (P420) finally arrived, and I was about to see what all the hype was about. In fairness to the staff, the moment you order this, they do make it a point to make sure that you are aware that it takes long to cook this behemoth - but they guarantee you that its worth the wait (Good thing I ordered a lot of appetizers). 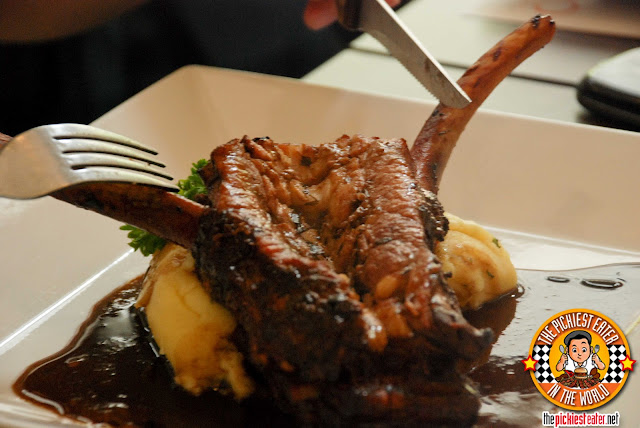 The meat was cooked just right

The sheer sight of it is enough to bring tears to your eyes. Two beautifully roasted bone-in Ribs, with just the right amount of charring and caramelization around it.

Was it worth the wait?

Yes because it tasted phenomenal. The meat had a light touch of bitterness that coffee has to it, and as well as a tinge of sweetness that enveloped the meat. But no, because, considering the amount of time I was made to wait, I was expecting the meat to be as soft as cotton candy or something to that effect. But it wasn't. To be fair, by no means was the meat tough either. Perhaps I was expecting to much? The Herbed Mashed Potatoes that the dish came with was quite smooth and tasty, and it blended very well with the coffee sauce.

By the end of the meal though, everyone was too stuffed to go for dessert. (As the one paying for the bill, I only lightly protested.. "Aww.. you sure?WAITERCHECKPLEASE!") 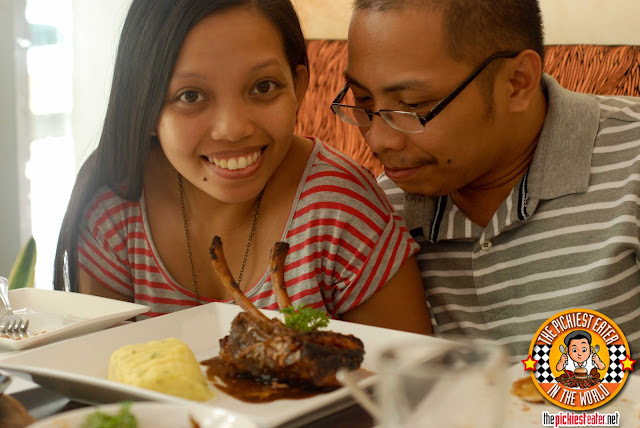 Don is hypnotized by the Roast Pork

One thing thing I noticed about O'Sonho was that their service was rather uneven. The layout of the place is a bit of an "L" shape, so it's hard for the staff to keep their eyes out on both sides. However that doesn't excuse Don's being made to wait 15 minutes for an extra cup of rice. In fact, it wasn't until my tone became rather firm that they hauled ass to bring him his rice. Being made to wait 30 minutes for Roasted Pork? THAT I can understand. But 15 minutes for a cup of rice? That's inexcusable. You're a restaurant in the Philippines.. It was the height of lunch hour.. You SHOULD have enough rice for your customers.


I honestly am not sure if it was because they were out of rice, or the staff was just simply negligent. Apart from that hiccup and a few minor things here and there, the service was decent. 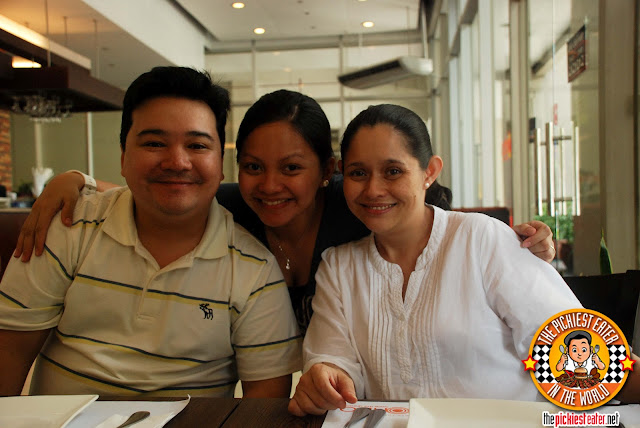 On the whole, I would describe my O'Sonho experience as rather average. As good as the Coffee Marinated Roast Pork was, I can't say with certainty that it was worth the wait, although price wise, it was definitely worth it. The Peri Peri Chicken didn't impress me at all, but I loved the sisig and liked the Chorizo. (See? Now I'm confused) Perhaps I should go back and try the wraps of their other lamb dishes for a tie breaker? I would, but definitely without any urgency.

Also another thing I hope they worked out by now: I asked for the receipt, and they gave me one of those generic ones that you can buy in National Book Store. When I asked for an official receipt, they said they don't have it yet.  Isn't that.. Umm.. What's the word.. Oh I don't know.. ILLEGAL? (I submit receipts to my office so, I found this to be a bit of a waste) This branch of O'Sonho isn't a new one.. So you'd THINK that that's something they would have worked out a long time ago.


BTW, please forgive me for the cheesy Title. You guys have no idea how long I sat in front of the screen, trying to come up with something, and pfft.. nothing.