NESTLE LETS YOU CREATE WITH CREAM! 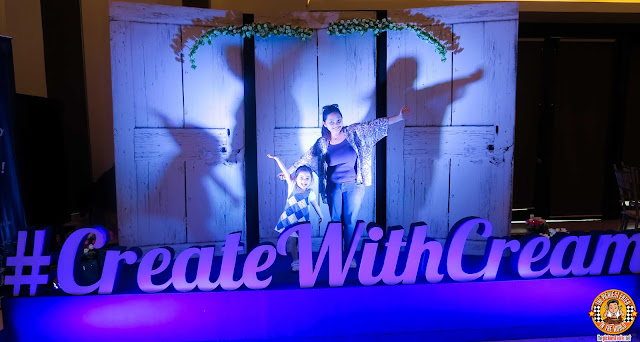 Being hyper acidic, I would say that I have an aversion to tomato based dishes. When it comes to popular Italian staples dishes such as pasta and pizza, I will always go for the white sauce over the red.

But truth be told, even without my hyper-acidity, my taste preference would most likely lead me to dishes that are cream based. There’s just something about food with cream in it that makes it irresistible to me.

Surfing the internet helped me find several cream based dishes for me to try, however, it was a morning with the people from Nestle that really opened my eyes about all the delectable possibilities with Nestle Cream! 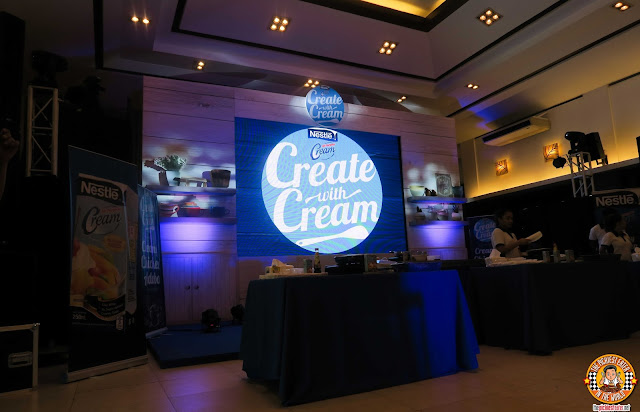 It was a rainy Saturday Morning when we made our way to Blue Leaf Pavillion at Bonifacio Global City to attend the “Create With Cream” event, held by Nestle Philippines. Entering the Pavillion, I knew we were in for quite a treat because the grand set up of the stage, which was equipped with a cooking station in the center, and three other cooking stations in the front (More on that later!). 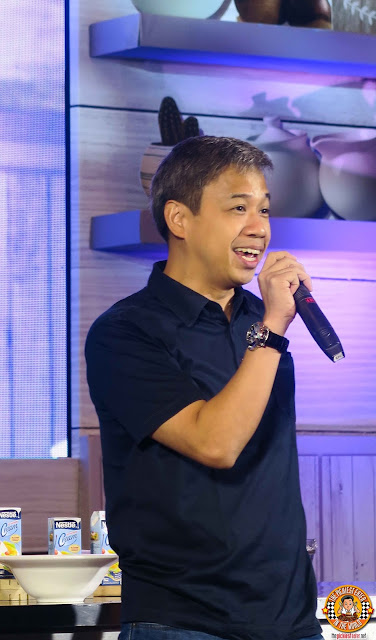 The show opened up with opening remarks from Sir Joey of Nestle Philippines, where he revealed to us a little bit of what the world’s largest food company had in store for us that morning.

Much to the delight of the foodies in the audience (and sadly, yes, even my overzealous wife), none other than Celebrity Chef Rob Pengson emerged from behind the stage! Our lovely host then let us know that he would be doing a cooking demo for us.. A spin on a classic Pinoy dish, however this time, infused with Nestle Cream. 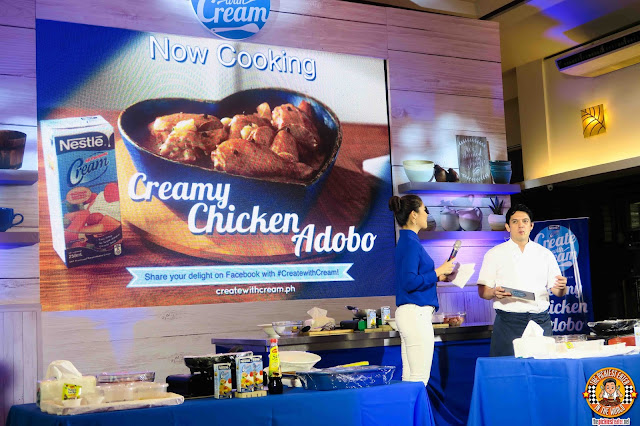 Considering that it differs from family to family and even from region to region, Chef Rob decided to show us a new way to enjoy the staple in every Filipino Family’s menu, Chicken Adobo, by adding Nestle’s Cream! It may sound a little unorthodox, but believe me, your taste buds will thank you for it later! 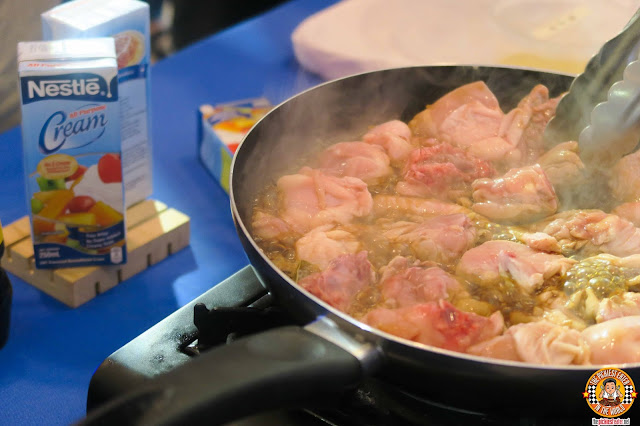 Chef Rob used his own personal Adobo recipe, and that already smelled absolutely amazing. The recipe had all the traditional ingredients that you would expect from an amazing Adobo dish, such as Soy Sauce, Vinegar and Bay Leaves. 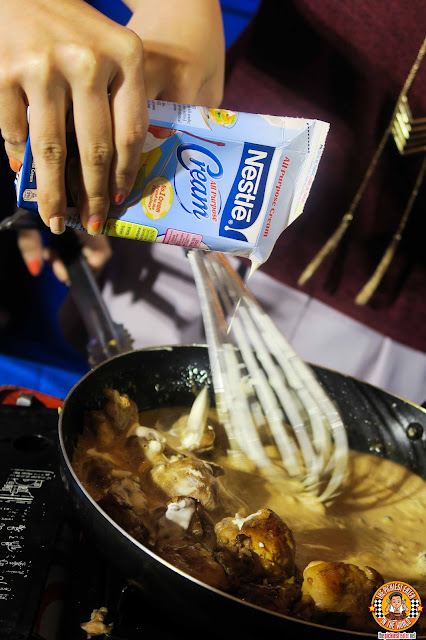 This time, however, he added a new element to the dish, by means of Nestle Cream, which he continued to whisk as he poured into the pan. The cream gave the Chicken Adobo a whole different texture, and added a dimension of creaminess that will leave you craving for more! 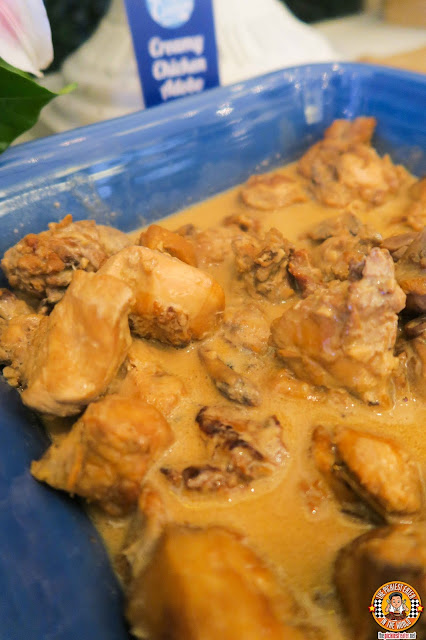 The result was a delicious comforting, Chicken Adobo dish that was comforting, yet new at the same time! It had the same familiar flavors that made the Adobo such an iconic Filipino dish, but it was unlike any other Adobo I ever had before! 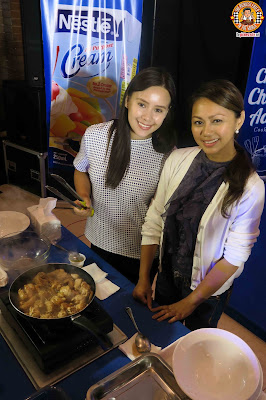 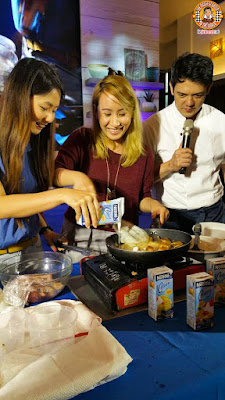 Chef Rob then revealed what the other cooking stations were for! He asked for some volunteers from the audience to join a quick Contest where the contestants try making their own version of Creamy Chicken Adobo! And forming two of the three groups vying for the prize were four of my blogger friends, Jill of The Foof Scout, Yen of The Tummy Traveler formed one time, while Sumi of The Purple Doll and Berylle of  Its Beryllicious formed another, while Helen of Lucky Cintrine and her Boyfriend compromised the third team. 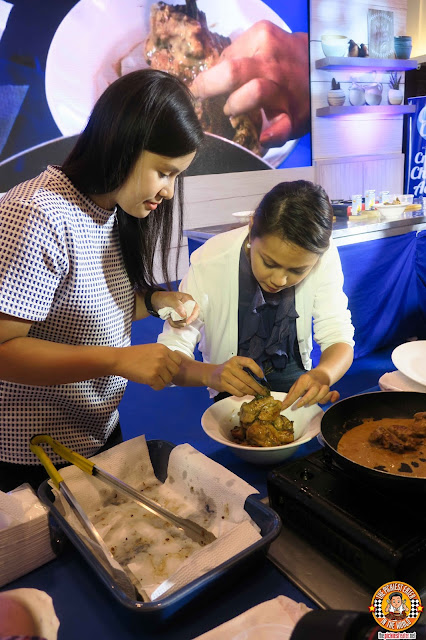 Since they were under time pressure, the teams were quick to get to work. Thankfully they all seemed to have their own family recipes to use, not to mention a modicum of experience in the kitchen. 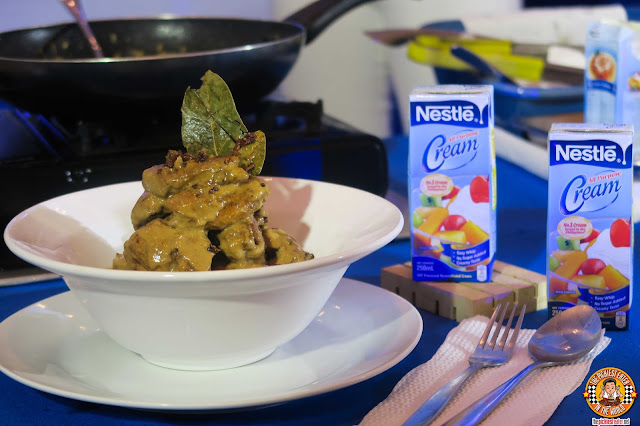 All of the teams seemed to be pleasantly surprised with the the results of their efforts, with the infusion of Nestle cream opening their eyes to endless possibilities with other popular dishes! Create with Cream, indeed! 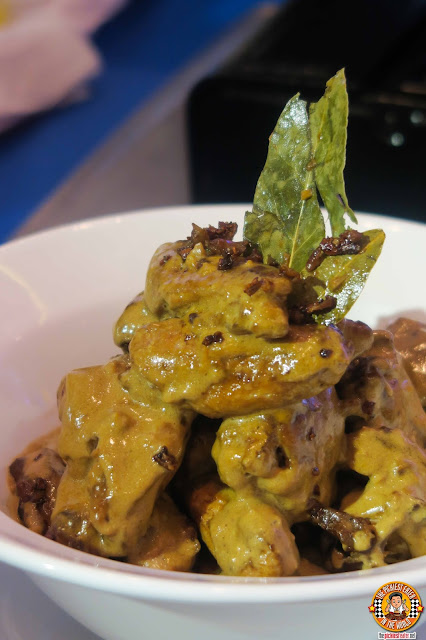 Chef Rob explained that that was part of the beauty of Adobo.. It’s not uncommon for someone’s favorite version of the dish is the one that they grew up with, even though it might be different from the others. 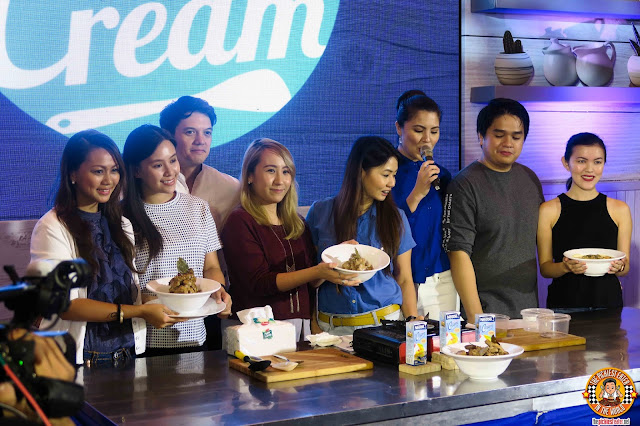 The competition was quite intense, with the three teams coming up with different versions of Creamy Chicken Adobo without them knowing, each with it’s own distinct flavors.

But because all three versions were absolutely delicious, Chef Rob decided to give all three teams a prize 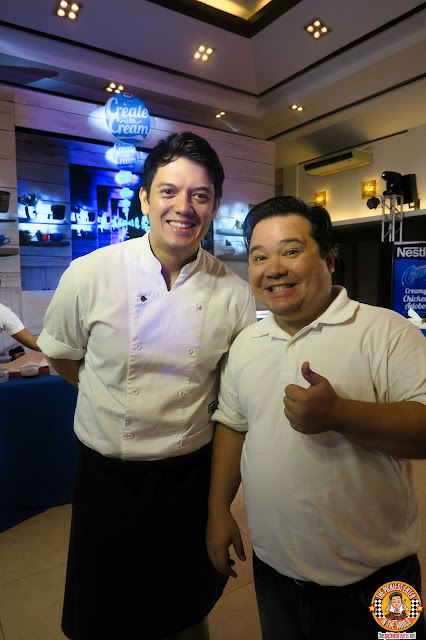 It was truly a memorable experience to witness a Chef in the caliber of Chef Rob elevate what is often considered a simple dish, into a whole new gastronomic experience. This eye opener has inspired all of us to Create With Cream, using the finest All Purpose Cream in the market, Nestle Cream!
Posted by The Pickiest Eater at 12:03 AM