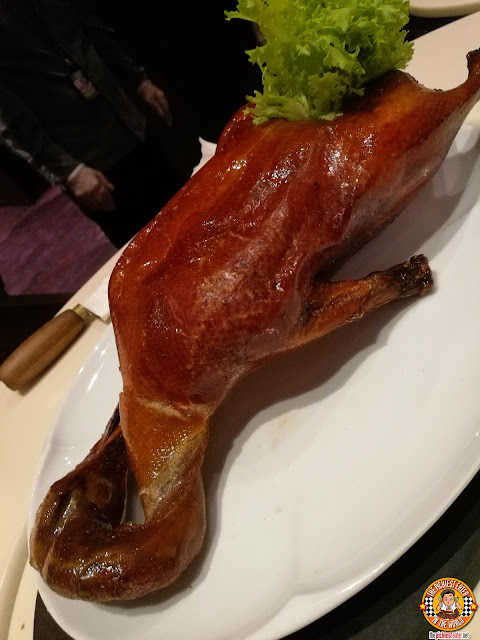 I've never been much of a gambler, but City of Dreams Manila never ceases to amaze me whenever I drop by. Whether it was to dine at Hyatt or take the family to Dream Play, the whole spectacle of the complex always lives up to its name with every visit. I've had the pleasure of dining at The Cafe a few times, but I had yet to even set foot in the Crown Towers. let alone try any of their restaurants. 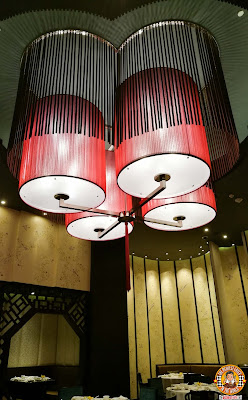 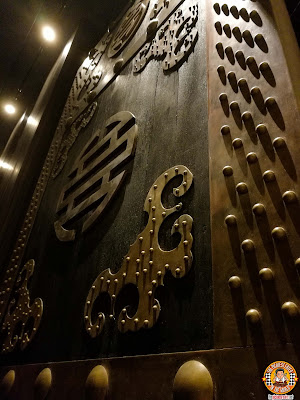 Awarded as one of the Philippines’ Top 20 Best Restaurants of 2016 by luxury lifestyle magazine Philippine Tatler, Crystal Dragon  welcomes guests with interiors that evoke a contemporary Oriental ambience, replete with exquisite regional dishes prepared with a modern flair. 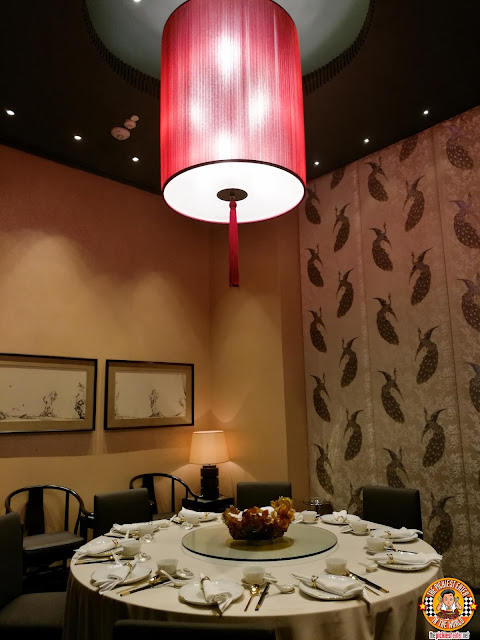 Apart from the dining area, Crystal Dragon also has two different function rooms that guests may avail of, which is perfect for business meetings, or family dinners.

Chinese Executive Chef Bong Jun Choi heads operations at Crystal Dragon, ensuring unparalleled Oriental dining for all its guests. In celebration of the Mid-Autumn Festival, City of Dreams Manila presents a special menu offering at Crystal Dragon until September 15. Ushering in luck, good harvest, harmony and unity, with a finely curated selection of exotic and succulent dishes by Chef Bong.

I am a huge fan of Peking Duck, and I found the Roasted US Farm Peking Duck quite exceptional. For the "First Way" of our Peking Duck, we had it wrapped the classic style, with a dabbing of hoisin sauce and a spring onion. Watching the Chef carve up the duck meat and skin was like watching poetry in motion. 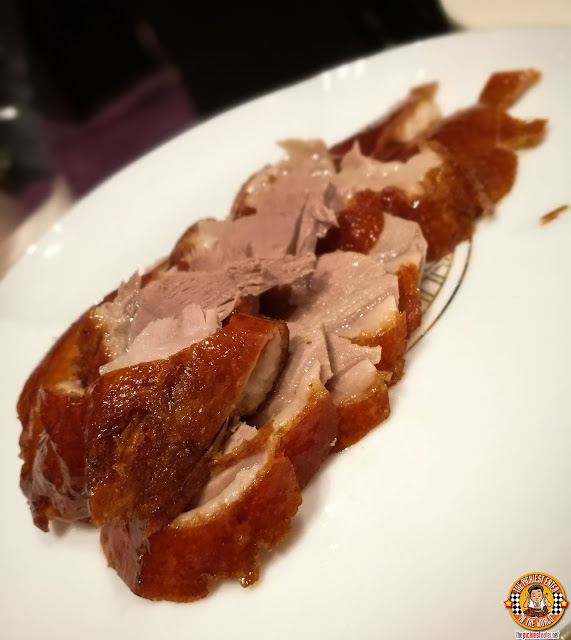 The Duck Meat was leaner than what i'm used to, but the meatiness was more pronounced, and it didn't give me that heavy feeling that usually comes with eating fatty duck. 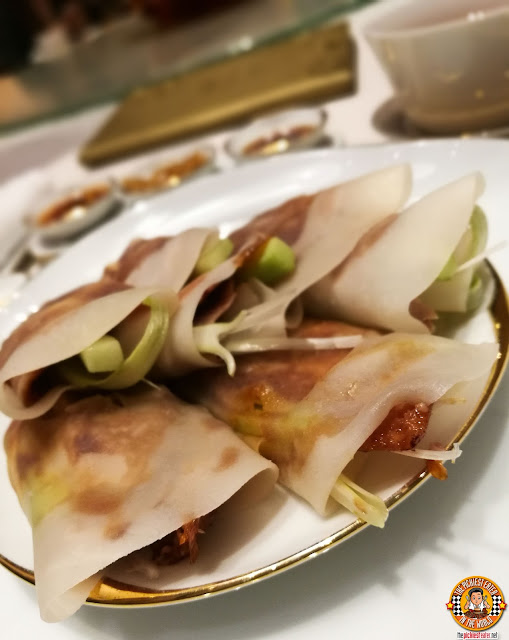 I think I must have eaten around 4 or 5 of these bad boys. I'm not even sorry. 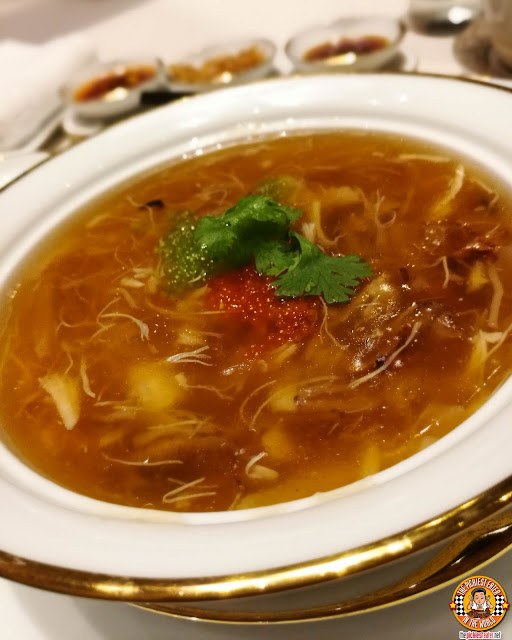 The Picky Eater in me debated whether to try the Sea Treasure Broth with Fish Roe or not, but since this was my first time in Crystal Dragon, I decided what the hell. The soup had a thick consistency, and the medley of seafood bits within it packed a punch, flavor-wise. A little bit out of my comfort zone, but still something I'm glad I tried. 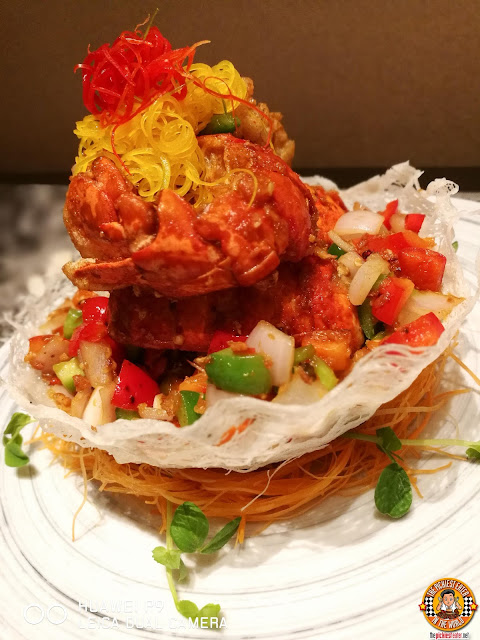 With one glimpse of the Fried Boston Lobster Tail with Spices and Salt & Pepper, I felt Rina would scream at me if I passed on trying it. I've mentioned before that I got an allergic attack after tasting lobster for the first time as a child, but I've had small bites since then and I was fine, but I still try to avoid it as much as possible. However, as I was taking a picture of this dish, I got a whiff of the aroma it emitted, and holy crap did it smell good!

I was able to take around three bites from the plump, juicy tail, and those spices they added just made the natural flavor of the Lobster explode in your mouth.

The Lobster is known as the "Dragon of the Sea", and it's presence in the festival symbolizes unity. 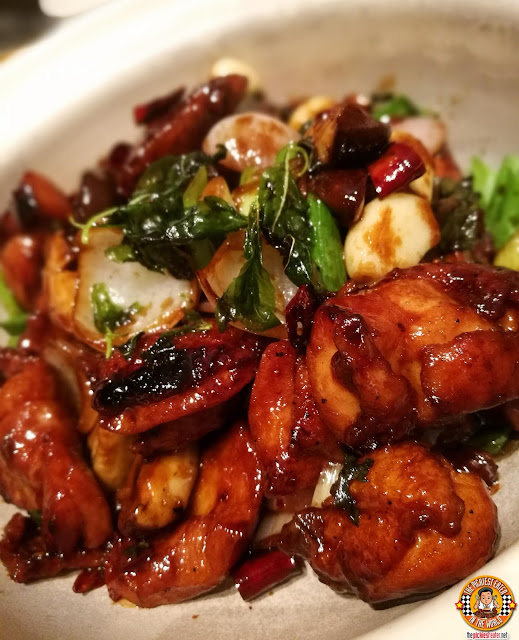 The dish Symbolizes Prosperity and Togetherness. 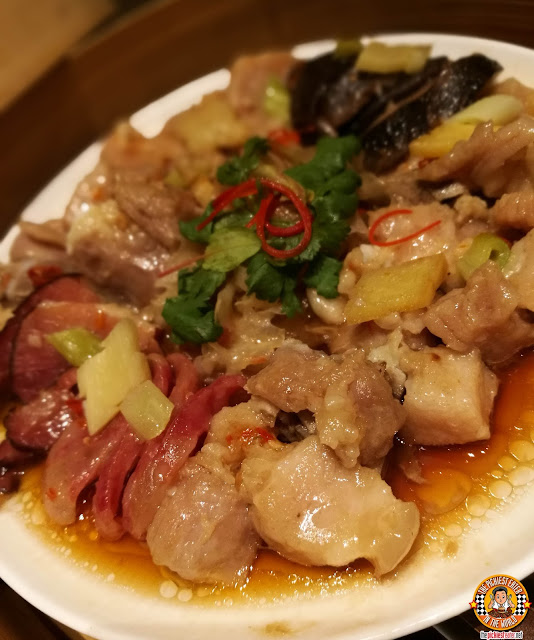 To the surprise of no one, my favorite dish of the day turned out to be the Steamed Marinated Pork Ribs with Pork Sausage and Mushrooms. A cousin to the Spare Ribs with Tausi that I know and love, these pork ribs were so soft they virtually melted in my mouth, and the infusion of the Taiwanese Sausage gave it an added dimension of sweetness that wasn't there before. 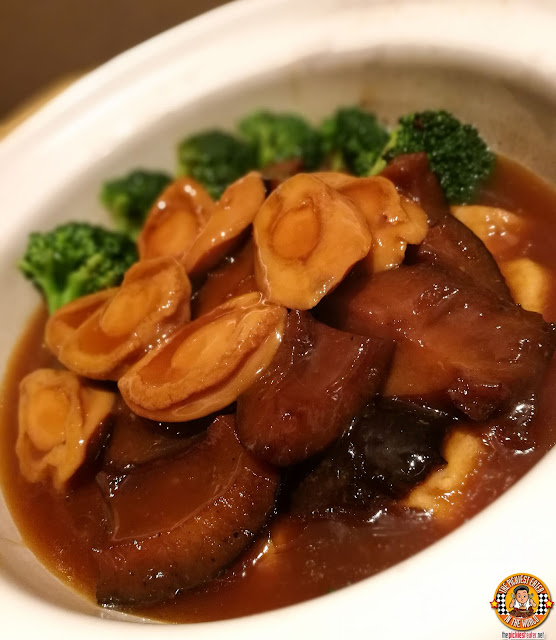 Though my companions raved about the Braised Sea Cucumber and Baby Abalone with Bean Curd in a Clay Pot, this was a little bit way outside my element, so I decided to go for an extra helping of Pork Ribs instead hehe.. The dish represents good fortune, and the Sea Cucumber, dubbed as the "Ginseng of the Sea", is known for its healing and therapeutic properties. 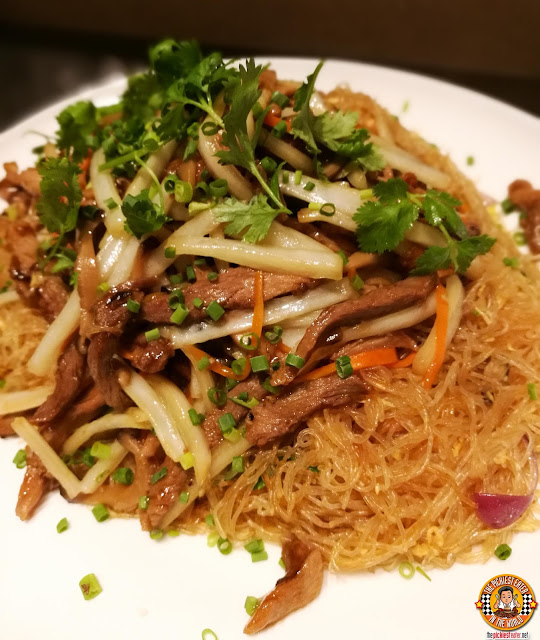 The second way of the Duck arrived, and Chef Bong entreated us to something new. I was expecting minced duck meat in lettuce cups, but instead, he whipped up Braised Shredded Duck Meat with Rice Vermicelli, and it was spectacular. You can taste the savoriness in every bite! 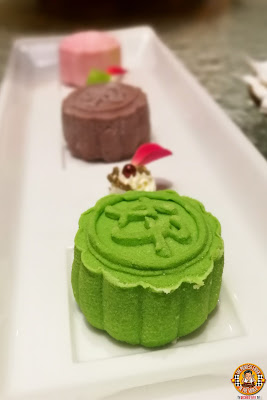 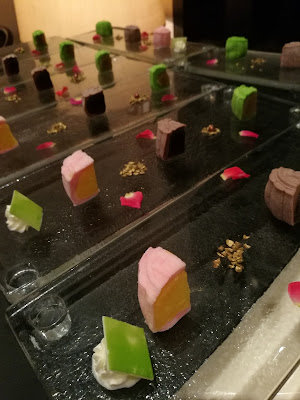 Of course, The Mid-Autumn Festival would not be complete without mooncake, Chef Bong made sure we had a moon cake experience we would never forget! He prepared  a platter of homemade Three Flavor Snow Skin Moon Cake, using Lotus, Red Bean and my favorite, CUSTARD!

A wonderful way to end our meal in celebration of the Mid-Autumn Festival!

Crystal Dragon offers a special mooncake, beautifully packaged and imported from Macau. A traditional delicacy served during the Mid-Autumn festival, the mooncake is filled with white lotus paste and double egg yolk and is priced at P2,980++ each for a box of four and P2,780++ each for orders of ten boxes or more.

Interested parties may book a reservation at Crystal Dragon online through City of Dreams Manila’s website www.cityofdreams.com.ph and click the “Make a Reservation” tab on the upper right of the page. They may also call 800 8080 or e-mail guestservices@cod-manila.com.

Posted by The Pickiest Eater at 12:26 AM