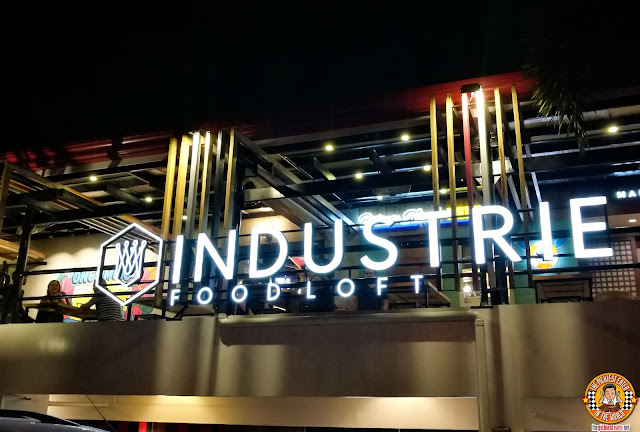 Glancing at the menu of The Broken Oven made me think that this was a menu specifically developed for The Pickiest Eater In The World. As my eyes darted around the menu board on their stall, everything sounded more awesome than the next. Delicious sounding comfort food, given innovative culinary twists that make it even more mouthwatering. 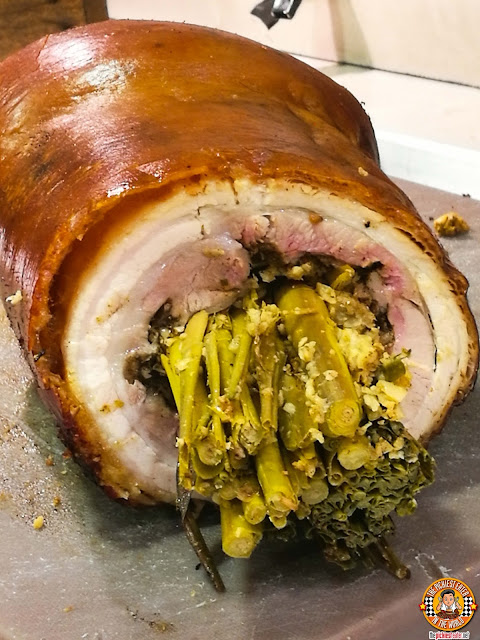 Just looking at the Slow roasted Pork Belly Roll on the slab was more than enough to bring butterflies to my stomach. I could see how it was stuffed with lemongrass, that this was going to be a remarkably flavorful dish. 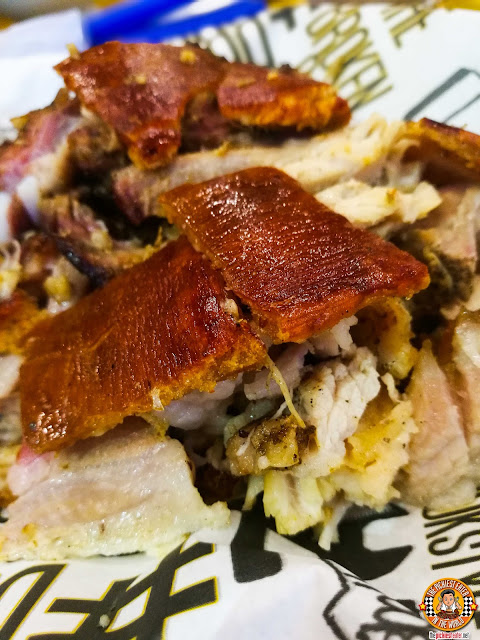 The 250 Grams order of Roasted Pork Belly (P250) was incredibly filling. As expected, the meat was just full of that fragrance from the lemongrass, and the skin had a glorious crunch with every bite I took. It came with Chimichurri and Vinegar as the dipping sauces, but truth be told, it was delicious the way it was. 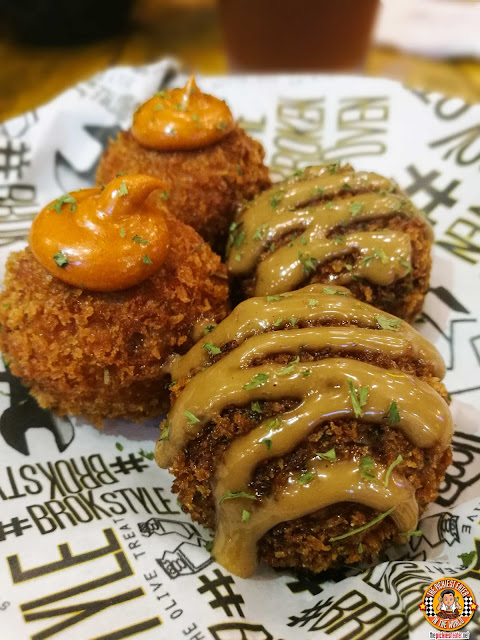 Another item that intrigued me from Broken Oven's Menu were the Kanin Balls. I have a fondness for the Italian Arancini, and this was a Filipino version of it, but of course, mixed with the trademark Pinoy creativity. 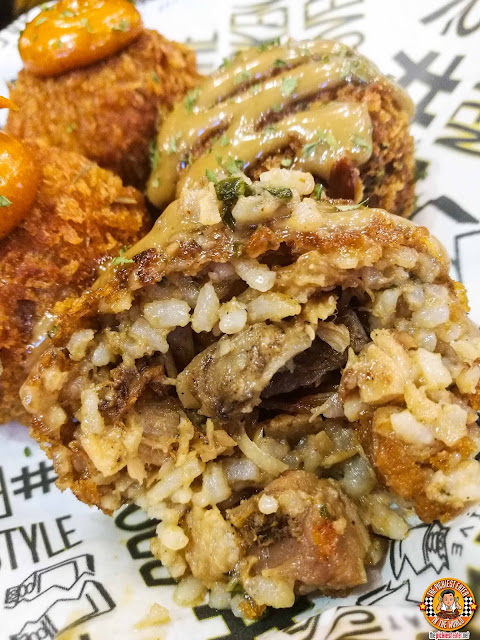 The Lechon Truffle Kanin Balls (3pcs for P180) were nothing short of AMAZING. It was packed with Roasted Pork bits and rice, rolled into a ball and covered in an herb breading before being deep fried. All you need is one bite to discover that the delicious infusion of truffle was unmistakable. 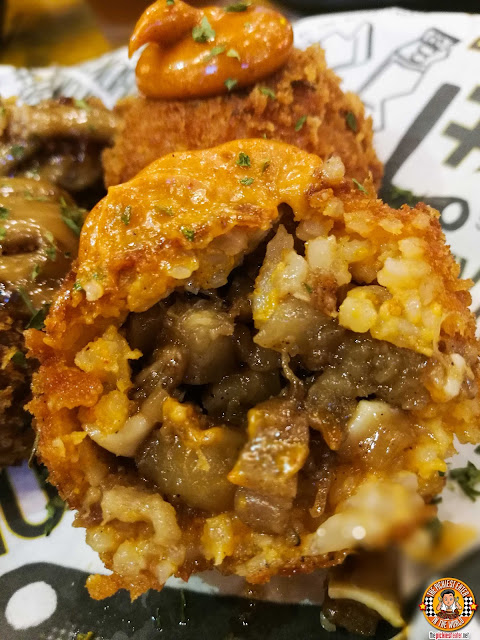 The Sisig Kaninballs (P100 for 2/P160 for 4) are deadly delicious. The sisig was a mixture of meat and bits of juicy fat, cooked in their signature sisig sauce that offers a nice kick of heat. Yet another dish you must not miss out on.

Posted by The Pickiest Eater at 9:16 PM