WELCOMING THE YEAR OF THE DOG AT LUNG HIN, MARCO POLO MANILA 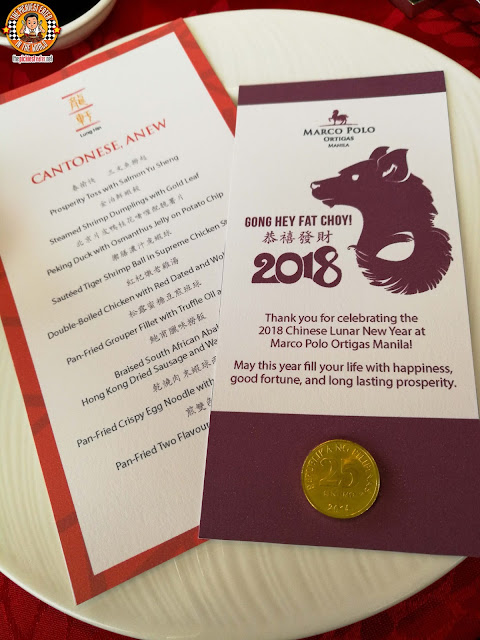 If you read my previous post on Marco Polo Hotel at Ortigas, then you'll know that I find Lung Hin to be among the finest restaurants in the country today, regardless of the cuisine. Chef Terry Lai is indeed one of the best in the business, and this 2018 Chinese New Year media event was a wonderful way to  sample some of his new dishes, while ushering in the Year of the Dog. 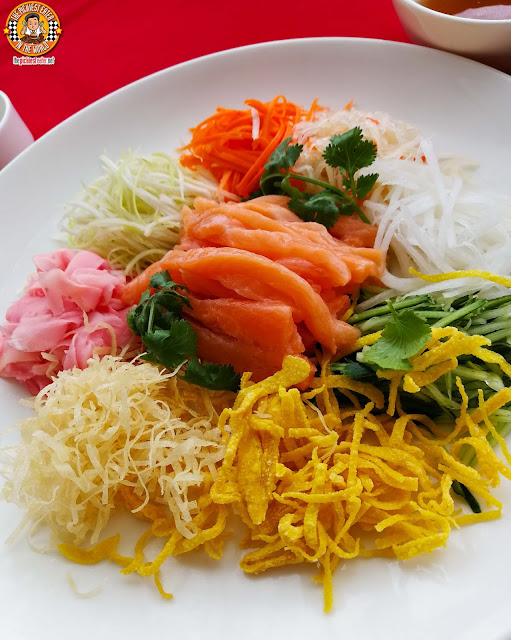 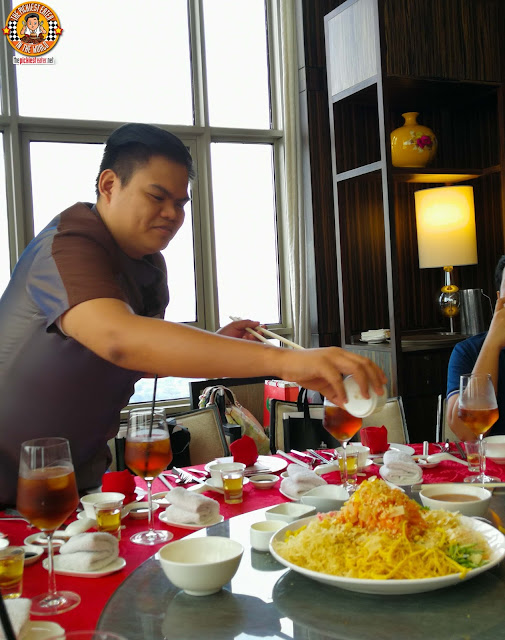 One by one, our server, Alvin, poured the ingredients on the platter, explaining to his the symbolism of every ingredient, which is all aimed to bringing, love, peace, happiness and prosperity to our lives this coming New Year.

Once all the ingredients were poured in, guests grab their chopsticks, and literally toss the contents in the air while screaming, "Lo Hei!" (Which roughly translates to "Spreading Good Fortune").  The food on the platter though, consisting of vegetables and Salmon Slices, are actually quite delicious! 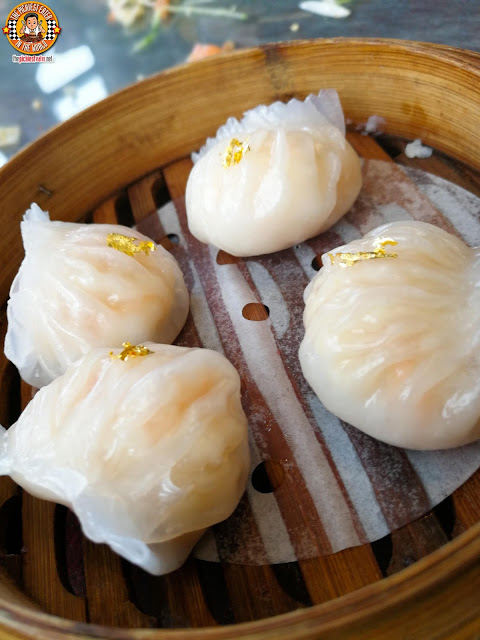 We've had the Steamed Shrimp Dumplings with Gold Leaf from the original menu during our previous visit to Lung Hin, and Rina absolutely loved it. 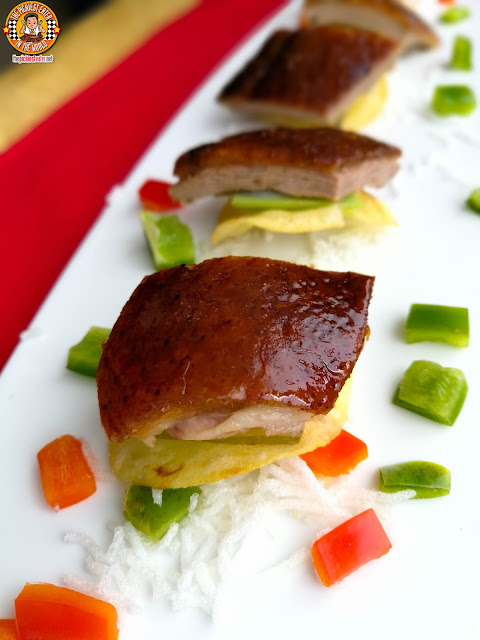 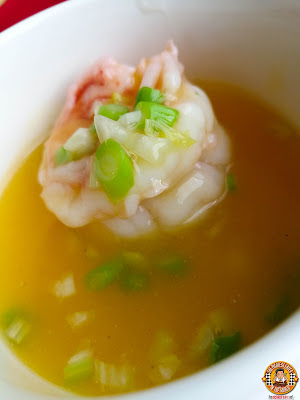 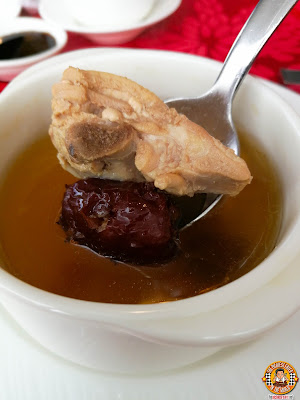 Once I saw the bowl of Sauteed Tiger Ball Shrimp Ball in Supreme Chicken Stock placed in front of me, the first thing that I thought of is how Rina would have gone crazy over how plump the shrimp was, and how flavorful the Chicken broth was, bringing truth to the "Supreme" tag that it boasts in its name.

The Double Boiled Chicken with Red Dates and Wolfberry Soup offered a lighter fare, with the thin broth still giving a tasty tickles to your palate, while the sweet notes of the red dates and wolfberry plays off it well, with the chicken meat making the soup more hearty. 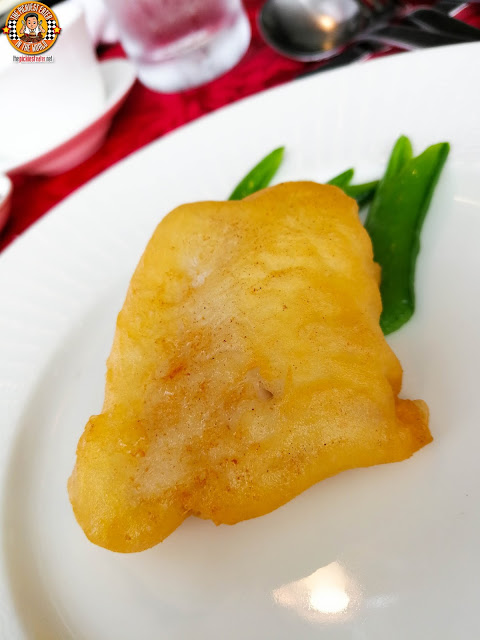 I can categorically say that the The Pan Fried Grouper Fillet with Truffle Oil and Sugar Peas is among the best I've tried in my entire life. The coating created a puffy yet light shield over it, that revealed the delicated and moist fish fillet, whose flavor was further enhanced by the truffle oil. . 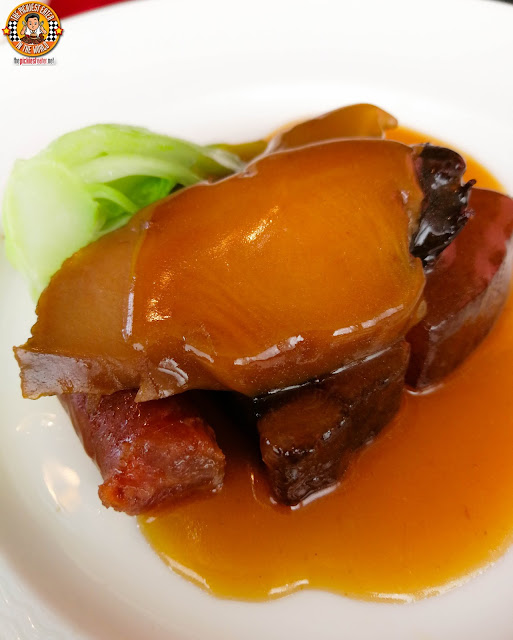 An interesting dish that was served to us, was the Braised South African Abalone with Hong Kong Dried Sausage and Waxed Meat Fried Rice. I've never been a fan of Abalone, as I usually end up giving it to Rina, and I have no doubt she would go crazy over this, while I feasted on the Sausage and Waxed Meat Fried Rice, which had a subtle sweetness to go with its meatiness. 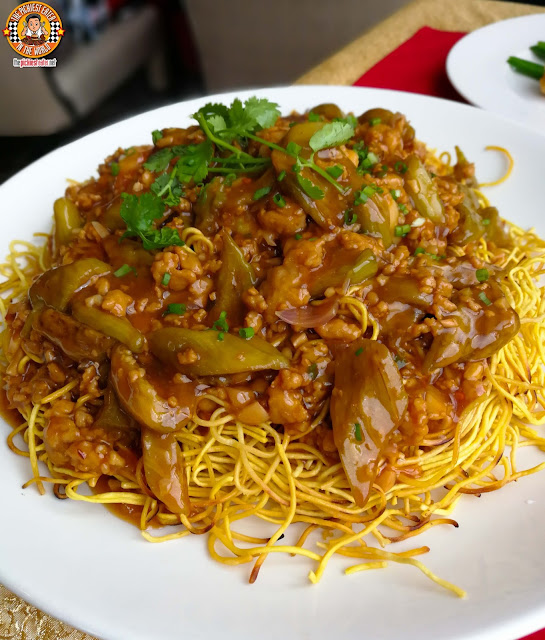 I love me some noodles, so I could swear I must have had  two bowls of the Pan Fried Crispy Egg Noodle with Prawn Ball and Minced Pork. With the crispy noodles slowly softening upon being drench in the thick sauce, with the meatiness of the Minced Pork and Prawn Balls, giving the dish a more savory touch. 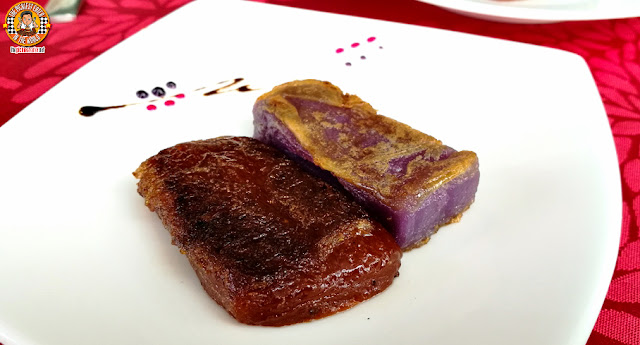 No Chinese New Year celebration is complete with tikoy, which was essentially the fancily named Pan Fried Two Flavored Chinese New Year Cake. I believe the purple variant was ube while the brown one was the classic Tikoy flavor, and both were excellent. 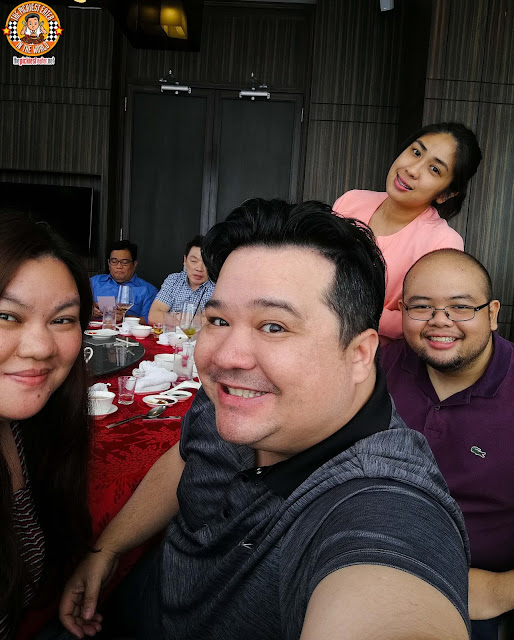 Since my own family couldn't make it, I can't think of a better way than to celebrate the coming of The Year of the Dog, than with my KTG Family by my side. Here's hoping that they Year of the Dog brings to you more peace, love, happiness and prosperity! 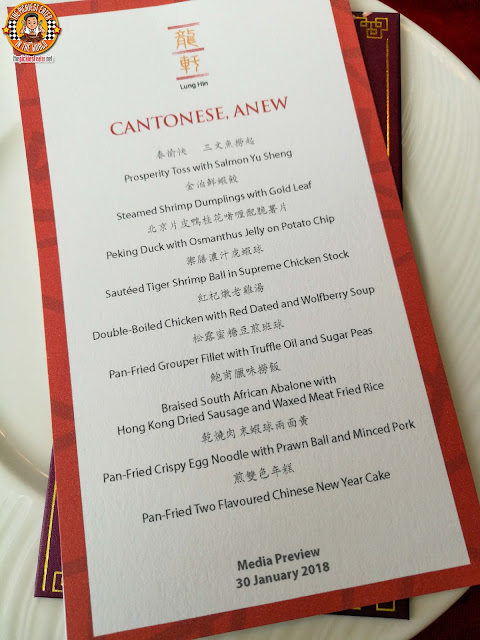