A "Quick Pick" is a post about specific item(s) from an establishment. 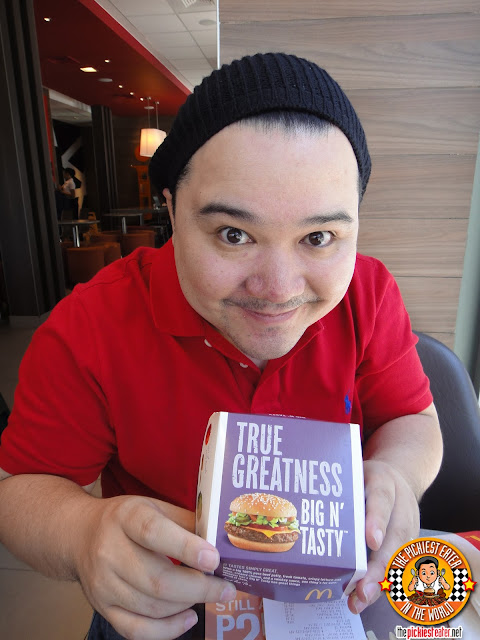 Thats what she said.


I'm a McDonald's addict. I'm not going to deny it. There was a time that I would eat Mcdonald's at least once a day for around two weeks. I honestly wouldn't recommend anyone else to do that, but when you live on your own and have no culinary skills whatsoever, desperate times call for desperate measures.


Those were the days that I came up with the RichieZ Quarter Pounder and my Sausage McMuffin Breakfast Quirk.

The surprising thing is that after all these years, I would still easily choose McDonald's as my go-to meal. My work friends have already stopped asking me where I wanna go for lunch because they know what I'm going to answer.


A ritual I have when eating Mcdonald's is that I cannot eat ANY of their burgers WITHOUT pouring in some of the BBQ Sauce of the Chicken Nuggets. It was to the point where in I would stash some extra BBQ Sauce in my ref, in the even that I end up forgetting to order it during delivery.


The other night, during a McDonald's dinner run with some of my officemates, I saw a sign that caught my attention. 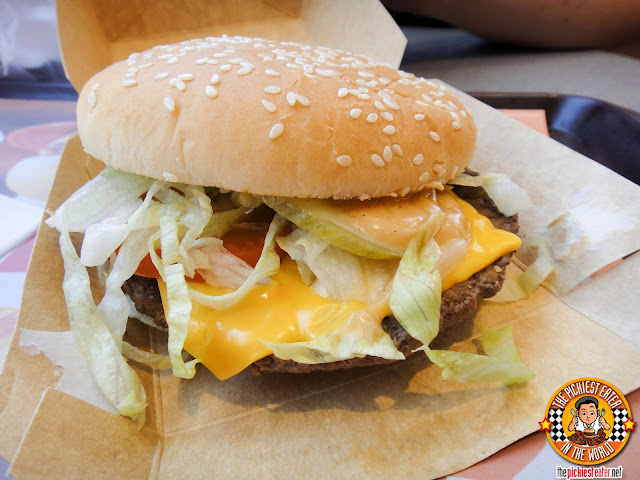 How McDonald's having a new burger slipped by me, I do not know. But not having tasted it is something that I knew I must rectify IMMEDIATELY.


I couldn't live with myself if I didn't.

The McDonald's Big N' Tasty Burger starts off with the same patty they use for the Quarter Pounder. Which means, you're off to a great start. After that you've got shredded iceberg lettuce, Dill pickles, tomato, and a slice of American Cheese. 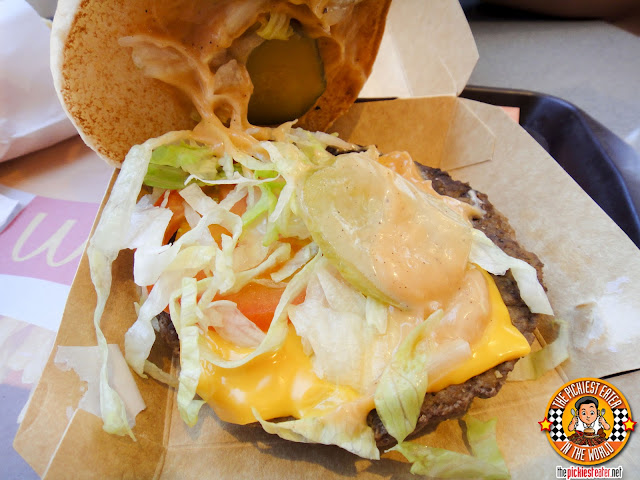 The magic begins when you get a whiff of their "Smokey Sauce". At first glance, I assumed it was either the mayo/ketchen combo of the Burger Mcdo, or the famous "Special Sauce" of the Big Mac, but upon tasting it, both theories were immediately debunked.


The Smokey sauce is made exclusively for the Big N' Tasty, and is really quite delicious. It does have a certain smokiness to it, blended with a bit of sweetness and pepperiness that melds wonderfully with the burger.


Though I had one on hand, this was the first time IN YEARS that I ate a McDonald's burger WITHOUT drowning it in my favorite BBQ Sauce first. 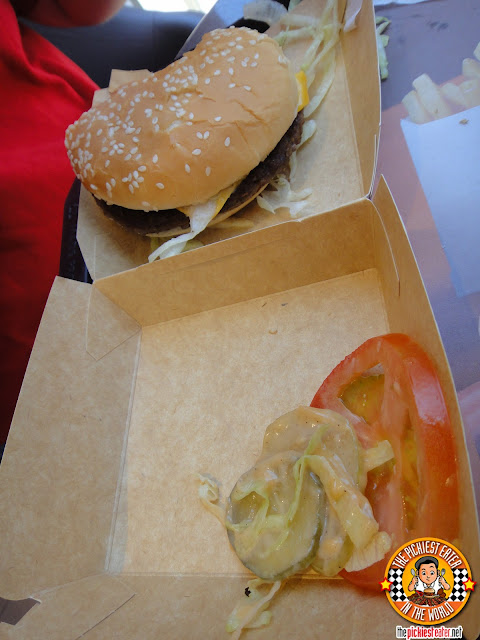 As you can imagine, I had to remove the Tomatoes and Pickles,
they'd remove it for me had I told them when I ordered it. 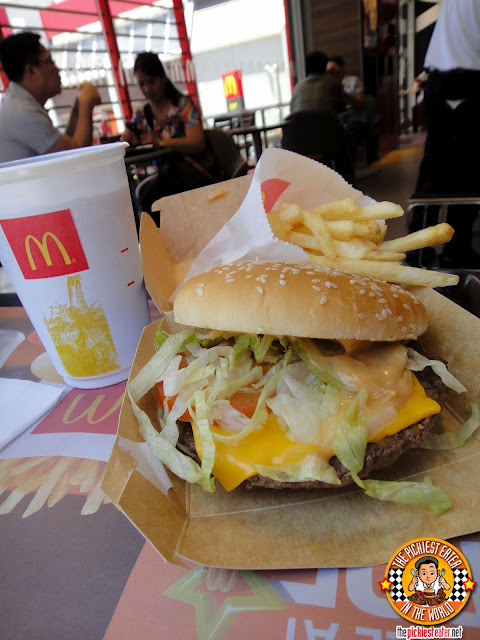 "Thou shalt not eat McDonald's without a side of Fries" was supposed to be the "Eleventh commandment" but there was no more room in that tablet. 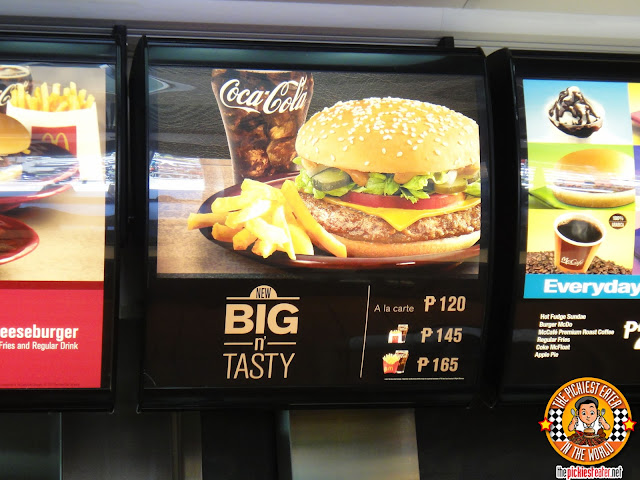 Give it a try and hit the comment box with your feedback!

I'd love to know what ya'll think about the Big N' Tasty!
Posted by The Pickiest Eater at 12:56 PM