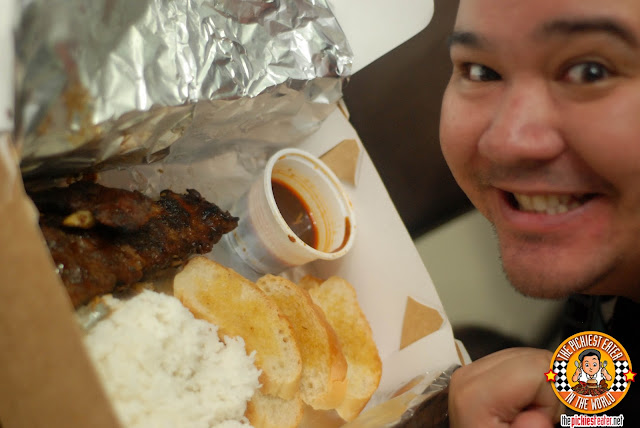 Perhaps the best compliment I could get as a Food blogger is, “Your blog made me hungry!”.That’s exactly what a food blog is supposed to do, so that means I did my job right. I love it even more when they say, “I hate you! Now i’m hungry!”. I know you don’t really hate me (wait.. do you?), but the
mere fact that the hunger my blog caused was so severe, it transformed itself into hatred, is a testament to my it being effective. However, even though I may have made your tummy growl and mouth water with the tantalizing pictures and tempting descriptions of the food, one thing you readers must
understand as well is.. If you think reading my blog is difficult.. Imagine how hard it is to write it?

I’ll tell you this.. I’m most comfortable writing at home.. that’s where I feel most of my creative juices flow.. but.. At home, we don’t have a cook. No Joke.. our helper almost burned soup. Rina, bless her soul, is still in the process of learning simple recipes, but she’s been going to so many events she hasn’t really had the time to practice yet. So what I’m saying is, more often than not, after a session of writing, I don’t exactly have a gourmet meal waiting for me.

Sure, it’s easy to call a food delivery service, but you’re often relegated to the major ones with hotlines. Nothing wrong with that, but as a blogger, obviously, I’m on the net a lot. Since I’m already online, I found it to be much easier to have food delivered with establishments that allow you to order
online. I stumbled onto Foodie.ph, a online delivery service that has an impressive selection of restaurants in its roster.

While I was contemplating whether to try it or not, I checked out what restaurants were available in my area, and the only one was the popular Rub Ribs in Kapitolyo.. Which worked perfectly for me, because everyone knows I love me some good ribs. Not to mention, I’ve been wanting to visit Rub for the longest time but never got around to doing so (#FoodBloggerProblems).

After a quick sign up, I went to the Rub menu to check out what Rina and I wanted before we placed our order. Once we were ready, we just hit the “Order Now” button.

The site then took us to a screen wherein we may select the delivery time. This is actually quite helpful for advance orders.

When you select your item for the menu, you get the option of putting any special instructions (medium well, no tomato, no veggies.. etc) and not Who the item is for.

Since my order of ribs came with a choice of side orders, a window was also readily available for me to select which one I wanted

When we were done, Foodie.ph gave us a recap of our orders, and gave us an option to edit and add orders if needed. The page also included the running bill, and an option to tip your driver (Nice option).

Once the order was placed, I was taken to the status window, where it confirmed that my order was indeed in the foodie.ph system

A minute or so later, I got an email from foodie.ph, confirming that my order was placed.

The brilliant thing about foodie.ph is that every step that your order goes through.. from your driver arriving at the restaurant.. enroute to your house.. you will be notified of its status. As a customer, that’s very important. The wait won’t seem so long, when you’re getting constant updates of
what’s happening with your order.

Another couple of minutes later, I got a call from the Foodie.ph operator, who confirmed my delivery details. Although everything was already listed in the website and email, this step is necessary because it provides the human element that gives customers that needed assurance that their order is
being attended to. 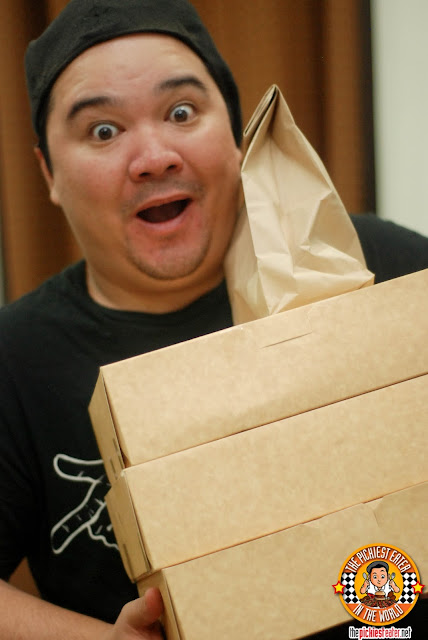 The food arrived after around an hour, which was more or less the estimated time that they had stated. I really liked the huge boxes the food was packed in which environmentally, was much better than packaging it in Styrofoam. If you weren’t at home and no utensils available, these boxes would be ideal. Something that disappointed me though, was that the boxes weren’t labelled “For Richie”, for Baby Rain, etc.. making that entire exercise of them asking who its for pretty much useless.

I won’t lie to you.. The Rub Ribs Solo wasn’t my first choice. I was honestly contemplating ordering the Beef Fingers or the grilled pork belly, before I came to my senses and realized you can’t order from “Rub” without trying their Ribs. 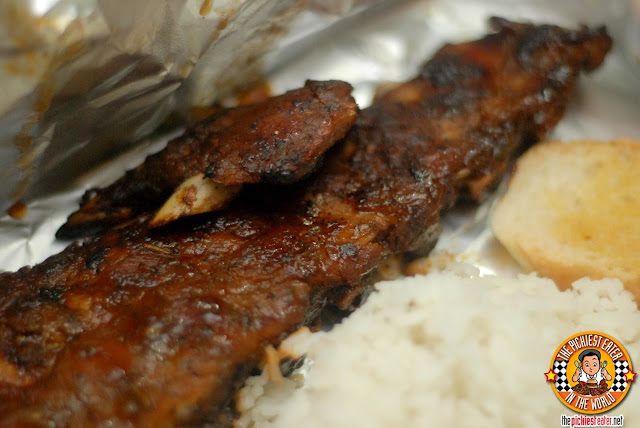 Funnily enough, the ribs was actually the dish I liked least. Don’t get me wrong.. Im not saying it was bad.. Because it was actually quite tasty and packed with so much flavor, I didn’t need the extra side of sauce that it came with. What Im saying is, it wasn’t anything mind blowingly different from the others I’ve tried. What makes Rub stand out more than anything is its price, which is extremely reasonable. I’ve got to hand it to them though.. the meat tore cleanly off the bone, and like I said, it was very flavourful. On the whole, it’s great value for money. 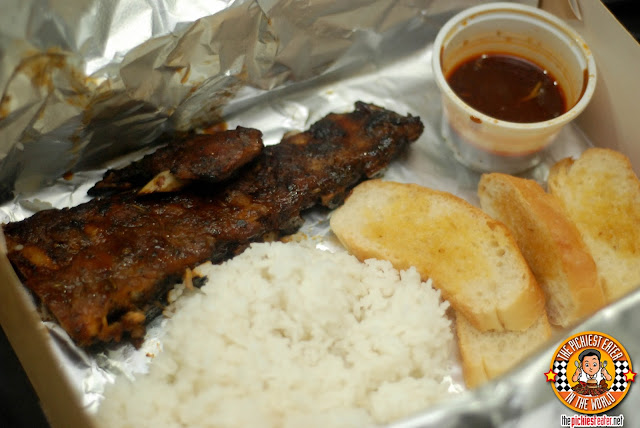 One thing I was very disappointed with, was the “Texas Toast”, mainly because.. well.. It wasn’t Texas toast. It was slices of French bread with butter on it. So it was “buttered toast”. If they said that from the start, I wouldn’t have ordered it. From the thickness of the bread alone, it’s clear that this wasn’t Texas toast wasn't Texas as Toast at all. I wouldn’t recommend it as a side. 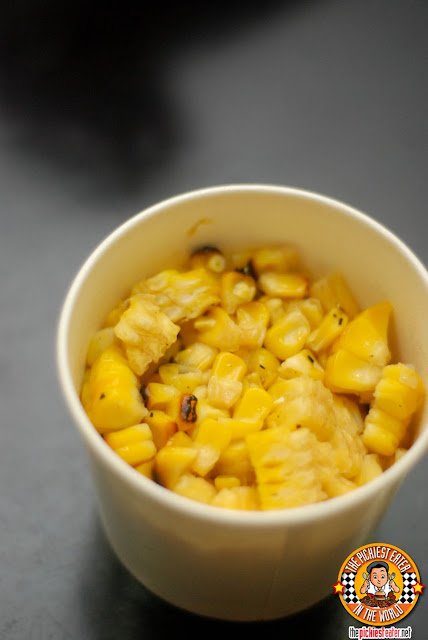 Go for the Grilled Corn instead :) 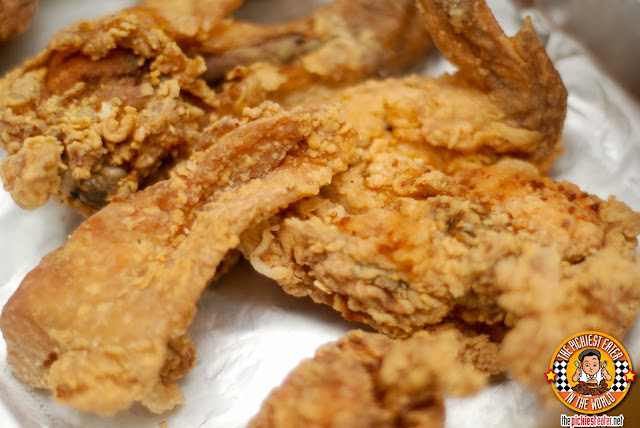 I actually enjoyed the fried chicken much more than the ribs. It was coated in a light batter with a touch of spices into it, and fried nicely, giving the skin a beautiful crunch, but keeping the meat juicy. The gravy needed a tad bit of salt, but had a lovely creaminess to it. 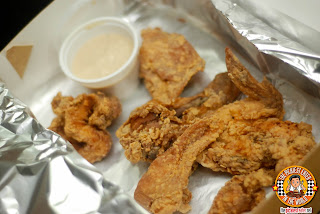 Not to mention, the order seemed close to a “bucket meal” than an order for one person. 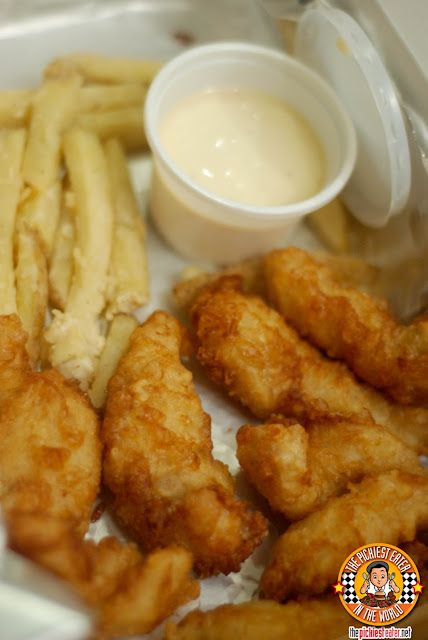 The Fish and Chips was ordered as an afterthought by Rina. She wanted a fish dish that we could order for Rain, that we could eat ourselves afterwards since she probably won’t finish it by herself.

It turned out to be the best thing we ordered that day. The fries had some sort of coating on it that gave it a little bit of texture, but needed to be cooked a little bit more so it would be crispy. A shame, because flavour wise, it was delicious. The fish was amazing. The coating was a bit on the heavy
side, but it was fried to a gorgeous crisp that gave way to an immaculate white fish meat that felt like it was melting in your mouth. The fish went perfectly with the creamy aioli sauce that offered a bit of a garlicky kick. After my first bite, I was actually contemplating telling Baby Rain I’ll buy her a pony when she’s eight years old in exchange for letting me have the last few pieces of fish.

Foodie.ph provides an easy and convenient alternative to ordering food delivery, in a manner so efficient, you can’t wait to plan your next order!

Thanks to Foodie.ph, delicious food delivery is just a few mouse clicks away!
Posted by The Pickiest Eater at 12:02 AM