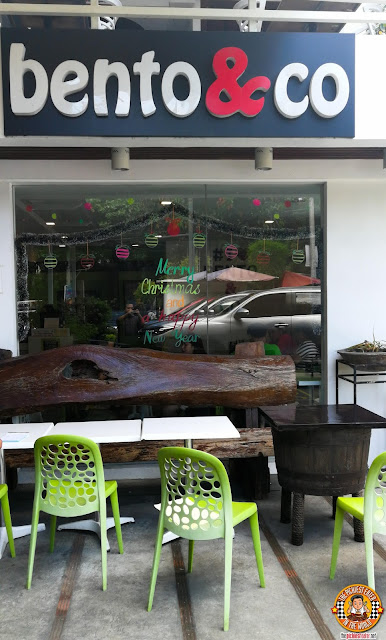 As I mentioned in my previous about about Two Lazcano Place, the QC Food hub houses several restaurants, and I had the pleasure of sampling a few during my visit. Much like the popular "Ketchup Food Community" in Baguio, the Two Lazcano complex allows cross ordering from all the restaurants, giving you a diverse selection to choose from, ranging from Japanese Food, American Food, Mouth-watering Pastries and of course, home grown Filipino food.

The next establishment that offered me a taste of their wares, was Bento & Co., a charming little restaurant that serves Japanese food, including delicious, yet affordable bento meals. 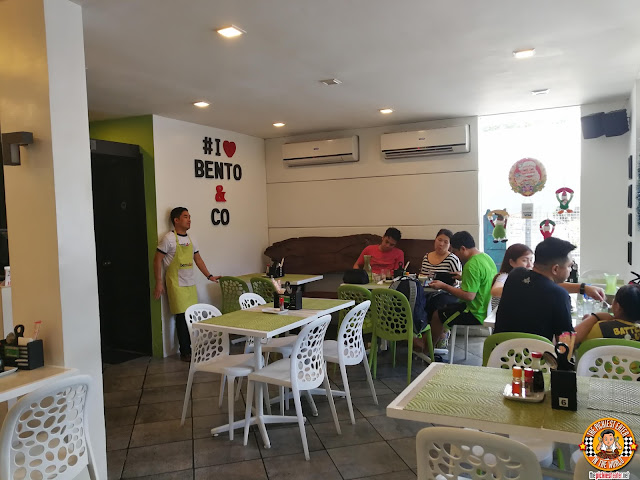 Located on the ground floor of 2 Lazcano Place, Bento & Co has a relaxed, chill vibe that makes it a nice spot for dining with friends over some drinks. Again, with the freedom to order from the establishments around the building, you can easily pair youe bento with some wine or cocktails, and even some desserts! 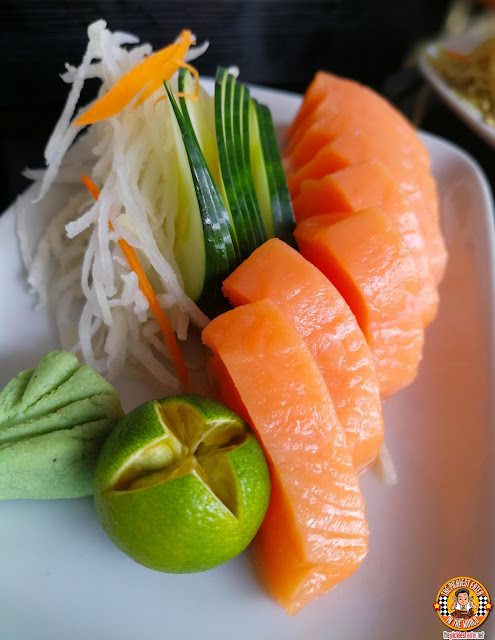 I don't eat Sashimi, but my friends were very impressed with the Salmon Sashimi (PHP220), and I'm sure Rina would have enjoyed this as well. 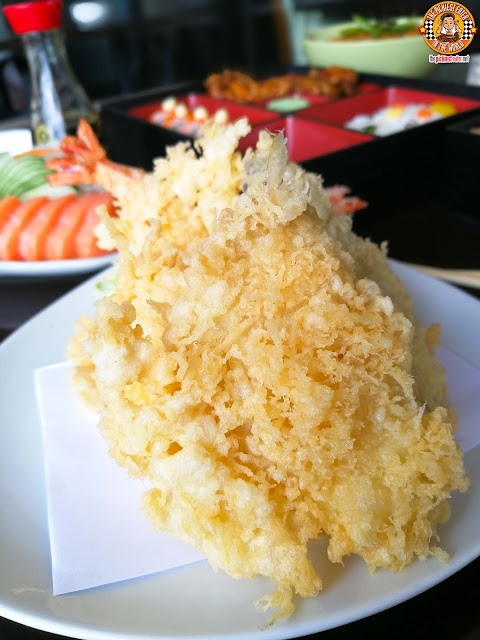 Rain, on the other hand, would be more than satisfied with their Ebi Tempura (PHP280), which had a delicately light yet crisp coating. that revealed a plump, juicy prawn inside.

CREATE YOUR OWN BENTO BOX

Bento & Co. offers the flexibility of turning your meal into different types of Bento meals, simply by adding certain amounts to the price of your Teriyaki/Teppanyaki/Tempura and Yakiniku orders. 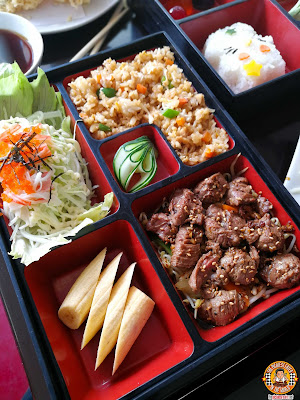 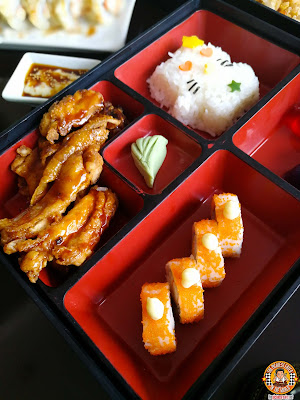 Some delicious variants we tried were the Beef Teppanyaki, which featured incredibly tender chunks of stir fried meat, peppered in garlic and soy sauce. The second one we tried was the Chicken Teriyaki, which was coating in a delicious sweet meets soy glaze, and a light crisp on the skin. 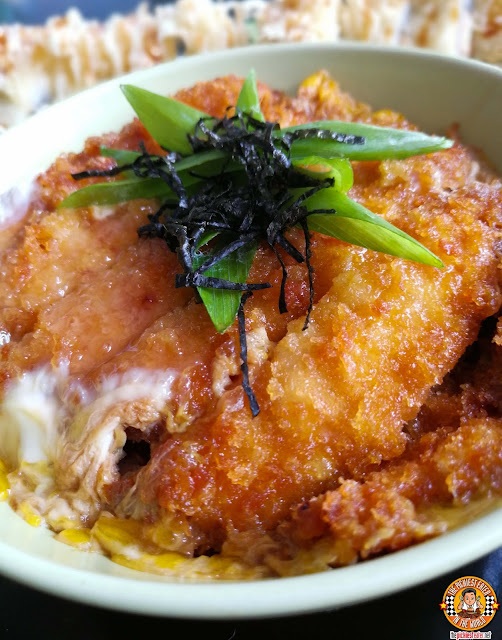 When I'm at a Japanese restaurant and I'm not in the mood to try anything too risky is Katsudon. I've had quite a few in my time, and Bento & Co.'s version of Katsudon (P180) is a great value for money dish. The breaded Pork was seasoned very well, and the way it blended with the egg over the steamed white rice was very enjoyable.

Posted by The Pickiest Eater at 7:16 PM