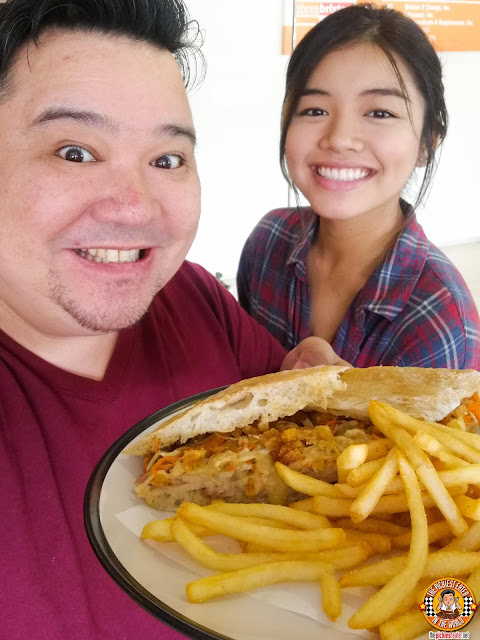 I've never been one to go for fine dining. I really much prefer, simple, homey comfort food, especially when done right. I recently discovered one such restaurant that epitomizes everything I love about comfort food, almost to the point where I felt the menu was developed specifically for me in mind.

Guys, I'm really excited to tell you all about one of my favorite new restaurants of 2017, Bakere Cafe! 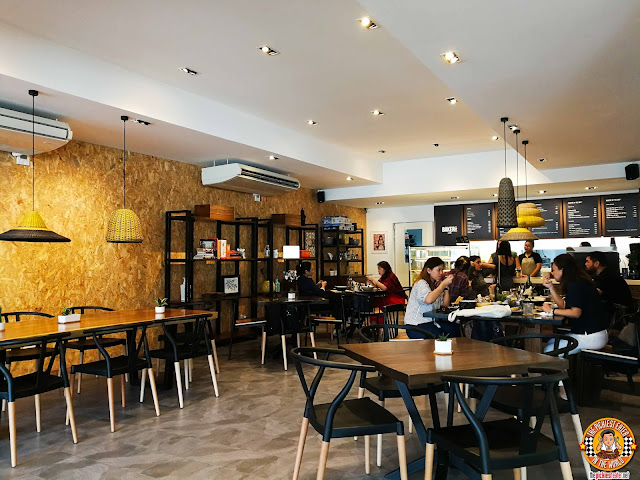 Bakere is the brainchild of Ad man turned restaurateur, RJ Galang and his cousin, Chef Miko Calo. The concept was rather simple.. Come up with a restaurant that features some of the delicious recipes that they grew up with, as well as develop their own concoctions that they felt would be approved by RJ's mother, Eleanor Calo Galang, a baking legend to those in the know.

Apart from that, Mrs. Galang's wide array of pastries and baked goods are available at Bakere, including her highly touted, life changing, CHEESE CUPCAKE. 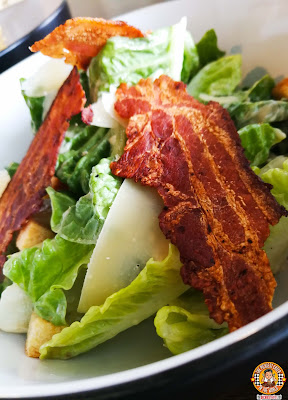 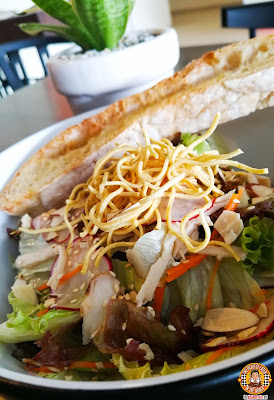 The meal began with a pair of salads, Casesar (P220) & Asian Chicken (P195). As I've famously declared quite often, I'm not a fan of salads but I do have to give props to Bakere's Caesar Salad for having gorgeous strips of crispy Bacon laid on top of it. My blogger companions loved the freshness of the Asian Chicken Salad. 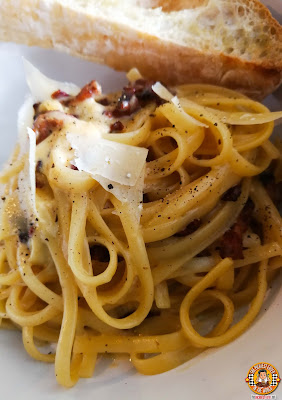 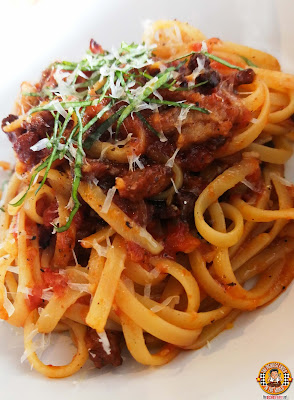 No disrespect to the salads, but it was Bakere's pastas that got the party started for me, starting with the Carbonara (P245). What made me go bonkers over this, was how it wasn't merely drowned in Campbell's Cream of Mushroom soup or some other short cut, but instead the sauce done the traditional way, with egg yolks. My acids told me to stay away from the Amatriciana (P255), due to it's evident high acid content due to the tomato based sauce, but the aroma was simple too irresistible, I ended up succumbing to temptation. 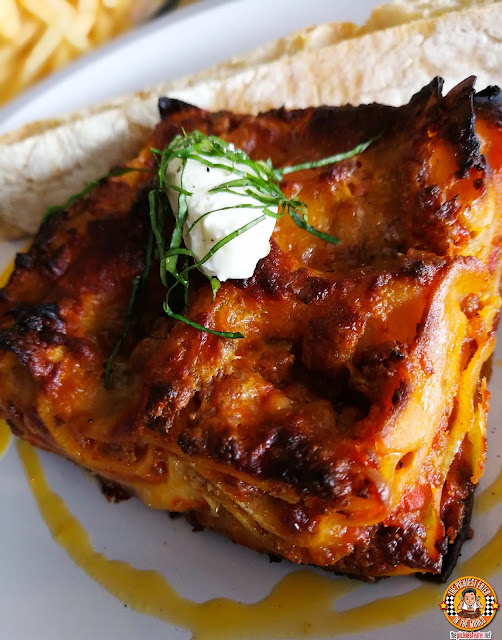 The Lasagna (P375) was yet another winner. Have you ever had to fight for the corner slice of Lasagna because you want the part with the most crispy edges of burnt cheese? Using that experience growing up, RJ made sure to use Lasagna pans that accomodate two servings, ensuring maximum burnt cheesiness per order! The man is a genius in my book. 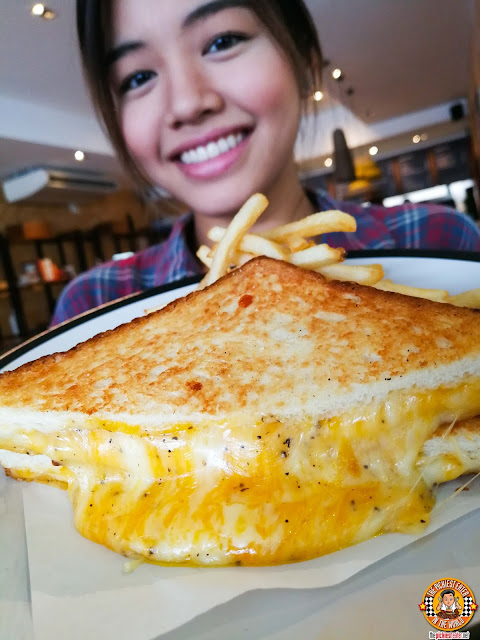 Since they specialize in comfort food, it would be remiss of Bakere to not add a grilled cheese sandwich, perhaps the quintessential comfort food, to their menu. Bakere's Grilled Cheese Sandwich (P250), made with a medley of Cheese Such as Mozzarella, Cheddar and Quick Melt, is absolutely phenomenal. 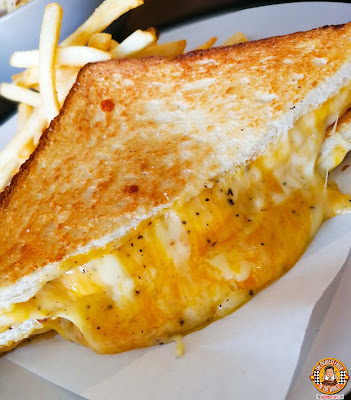 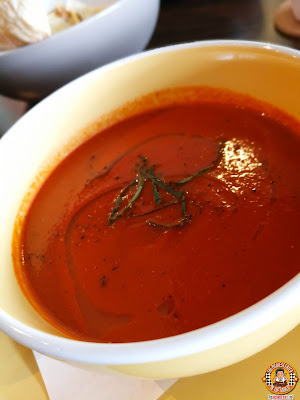 Even I had to concede that there are few things in this world that pairs more perfectly than the Grilled Cheese and Bakere's luscious Tomato Soup. 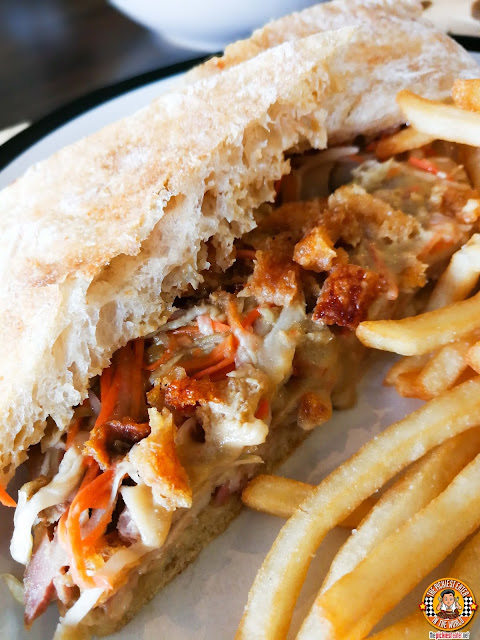 The BXU (P335) is pretty much the flagship dish of Bakere. Given that most of the items on the menu were heirloom dishes, The BXU represented RJ and his generation that is continuing his family's tradition of creating amazing dishes for their loved ones. In fact, RJ took developing this sandwich so seriously that he was adamant that Bakere would not open its doors unless the BXU was perfected to his liking.

The beauty of the BXU begins with the immensely flavorful Butuan Lechon, which is given added texture by virtue of its crispy skin. The meat and skin are tucked between a perfectly toasted Ciabatta bun, and topped with a shredded vegetable concoction doused in Coconut Vinegar that seemed like a mix of atchara and coleslaw.

This was absolutely magnificent and something you must try when visiting Bakere. 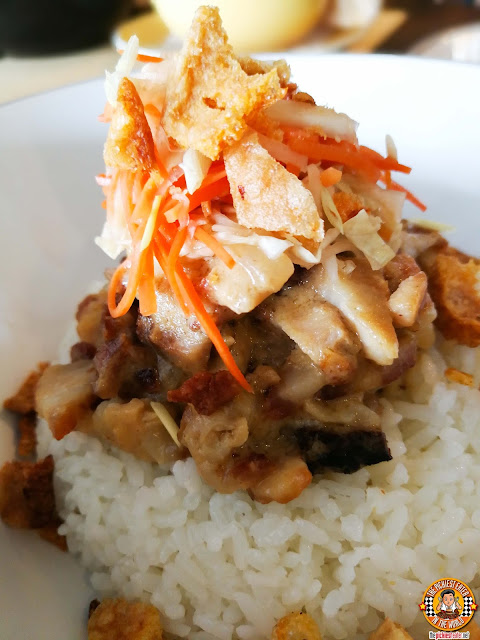 I know what you're thinking. The way I described the BXU sandwich would sound perfect over a bowl of steaming rice, right? Well, don't worry, Bakere is well aware of that, so they came up with the BXU Rice Bowl (P290) as well! Truthfully, I can't decide what I like more.. The sandwich or the rice bowl, because bother are equally awesome. 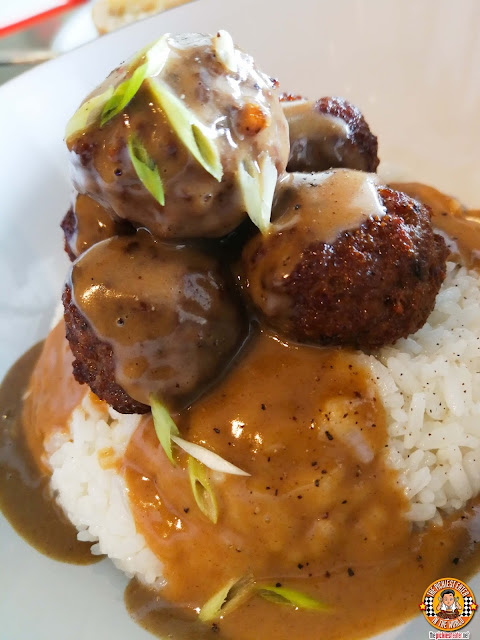 Another dish with the home cooked flair is the No frills Meatballs with Gravy (P260). Just straight up delicious, plump, juicy, meatballs are topped over a bowl of steaming white rice, and slathered in a rich, creamy gravy sauce. The gravy is so good, it should have its own food group. 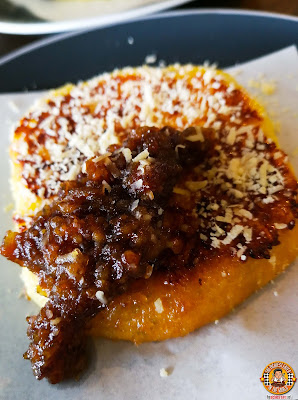 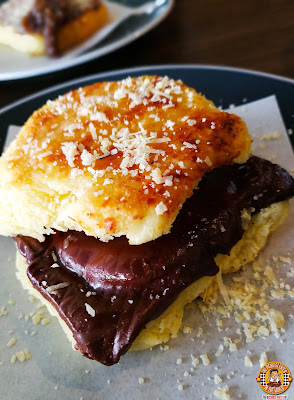 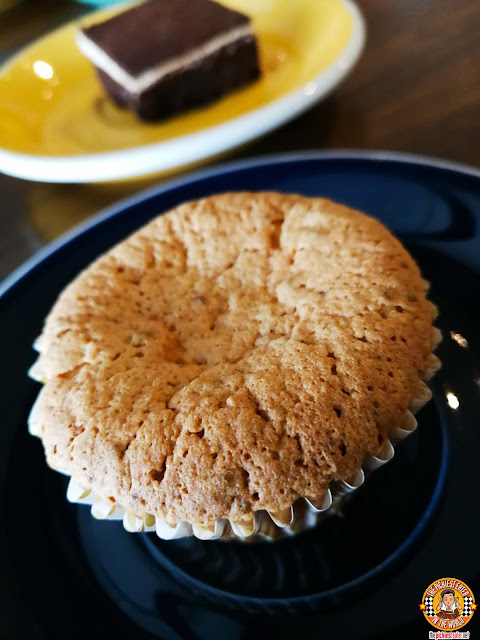 The Cheese Cupcake is one of the best things that you will ever put into your mouth, I kid you not.

Yes, it looks and sounds mundane, perhaps even a bit boring, but I promise you, this is unlike any other cheese cupcake.. or any cupcake for that matter- that you've had before. The texture is gooey yet firm.. The flavor is salty yet lightly sweet.. it's hard to describe... My first bite of this glorious piece of baked good was a near religious experience for me, and I promise you, it will blow your mind. 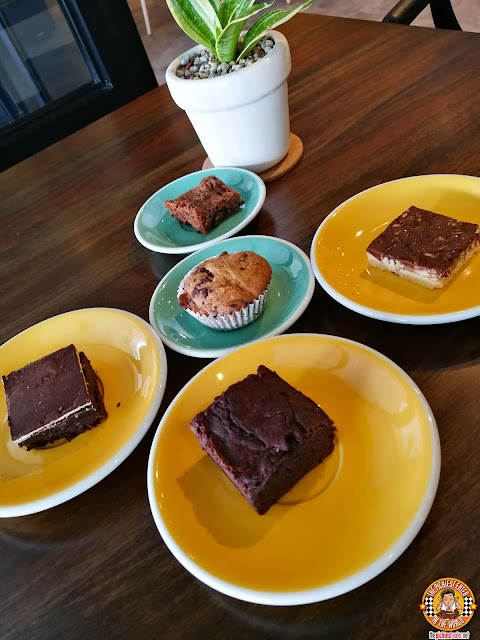 Though the Cheese Cupcake is undoubtedly the star of Bakere's roster of Pastries,  you must try the other items as well, such as the Food For The Gods, Brookies, Brownies, Turtle Bars and so much more, all prepared by Mrs. Galang! Perfect for gifts this Holiday Season! 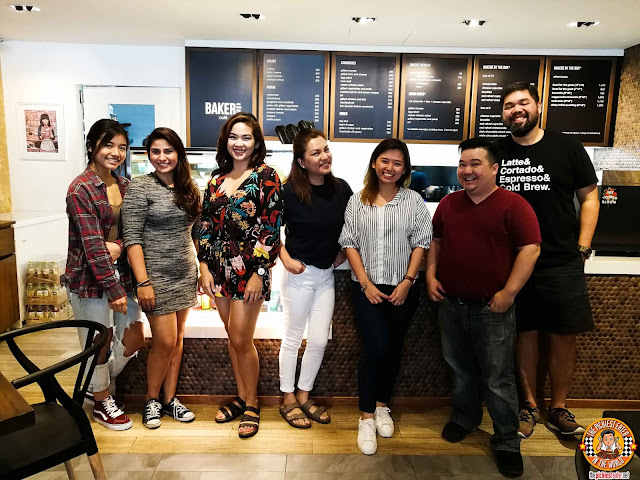 Thank you RJ!
(For the amazing food and making me look even shorter!)

With no singular order on the menu above P400, I would say that Bakere is incredibly reasonable in terms of price, especially when considering the delicious food you get in return. I wish I could choose just one dish on the menu that I loved most, but I just can't. Everything I had really knocked it out of the park, easily making it one of the best restaurants I've tried in 2017. 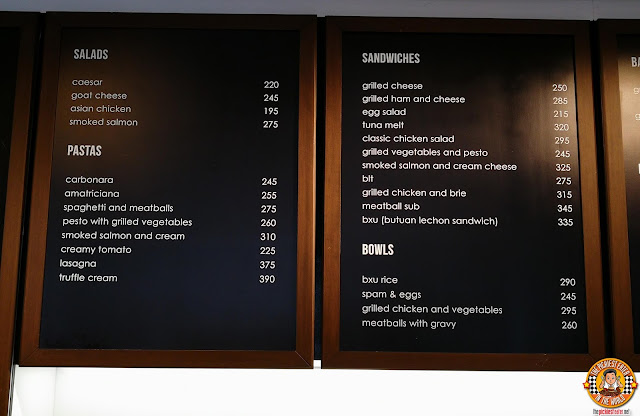 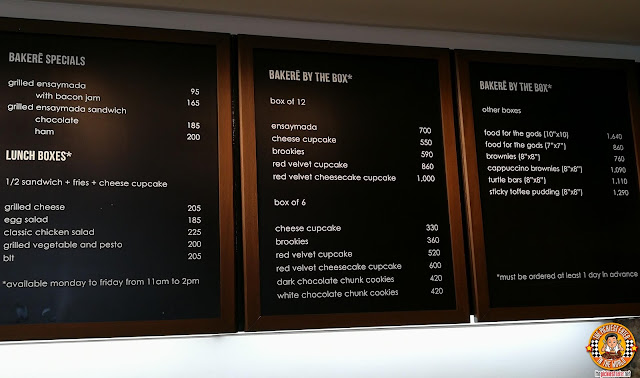 Posted by The Pickiest Eater at 4:20 PM

Email ThisBlogThis!Share to TwitterShare to FacebookShare to Pinterest
Labels: Bakere Cafe, Brixton Street, Kapitolyo, Sandwiches, where to eat in Kapitolyo