A BEAUTIFUL MEAL AT BIJIN NABE BY TSUKADA NOJO 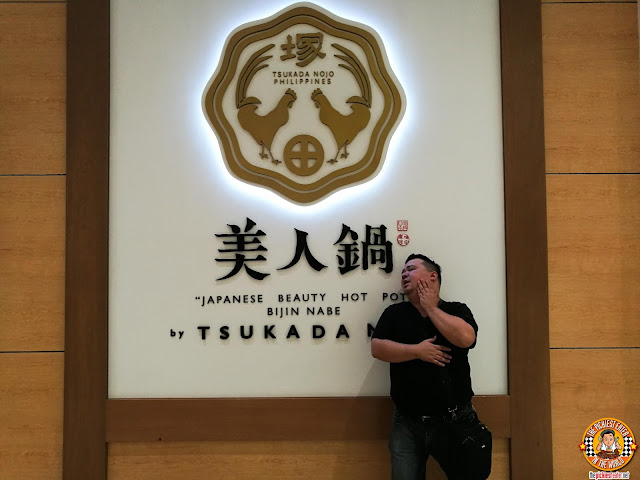 As a man married to a woman with a new found obsession with skin care products, I have come to be more aware of the importance of creating a youthful glow in your appearance. Nothing wrong with aging, however if we can help do it more gracefully, then why not, right?

Japanese restaurant chain Tsukada Nojo brings to the Philippines it's high quality collagen rich Bijin Nabe, also known as the "Beauty Hotpot", that not only has healthy benefits such as helps rebuild dead cells, but makes for a quite tasty meal as well! 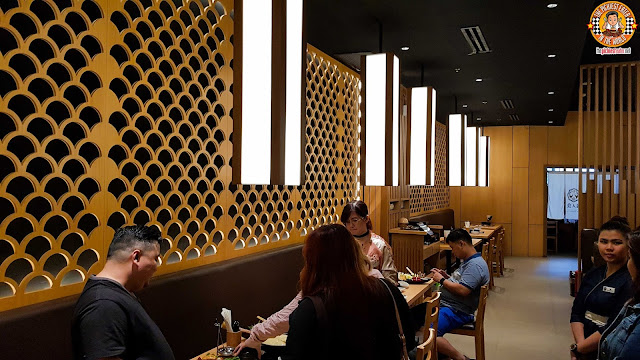 Located at the 2nd floor of S Maison Mall at Conrad Hotel, Tsukuda Nojo also offers other dishes that makes it an intriguing place to try, when dining at the bay area. 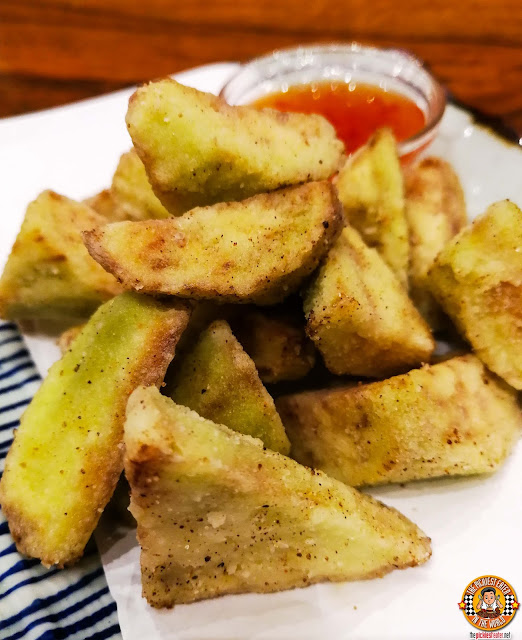 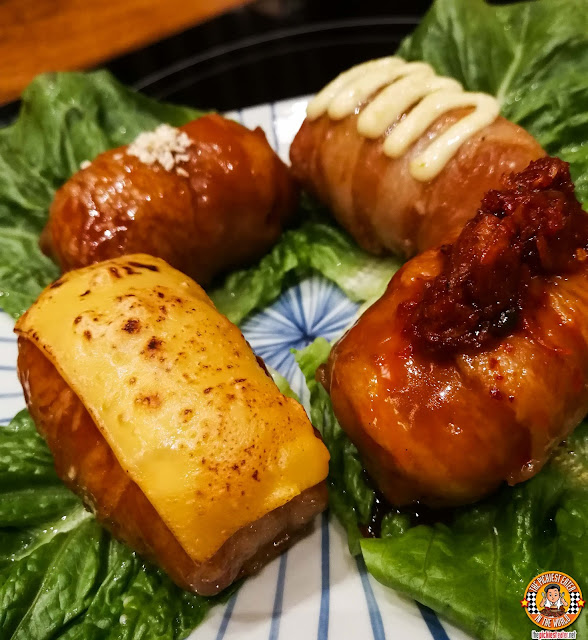 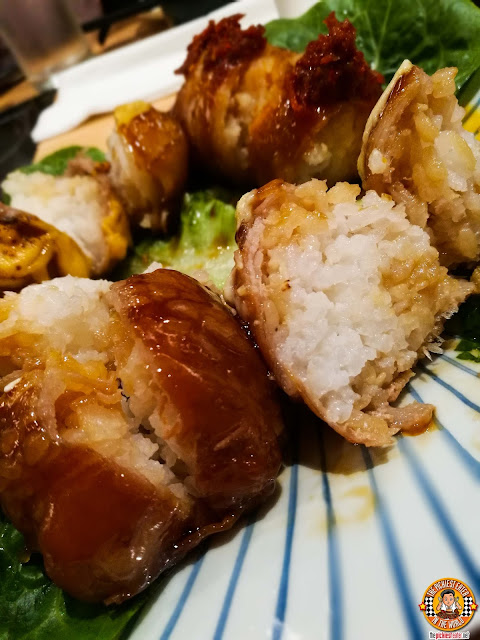 Of course I love anything and everything that is essentially wrapped in bacon, so I couldn't resist this. My favorite was the cheese, but the Yuzu Mayo and even the Original was amazing. 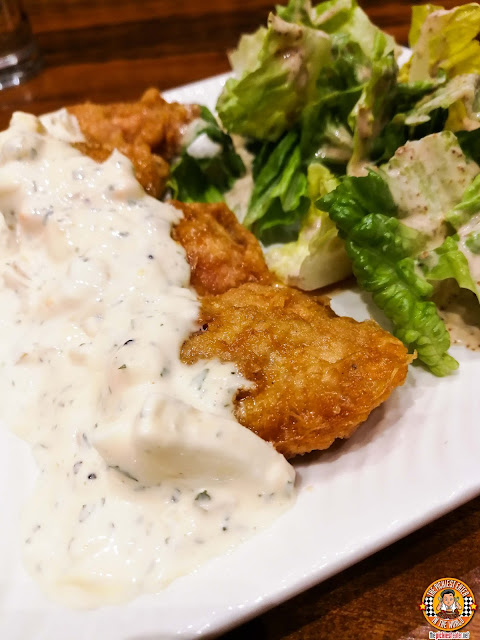 The Chicken Nanban (P295) was a delicious comforting dish. A golden Fried Chicken Fillet, is draped in a creamy Tartar Sauce, and served with fresh greens. 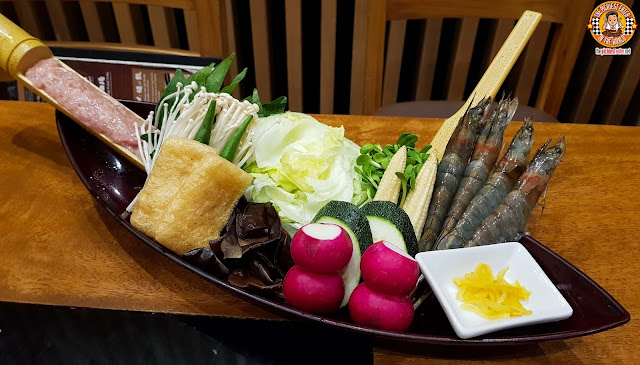 The star of Tsukada Nojo's menu is the Bijin Nabe (P750), which consists of a menagerie of Chicken, Seafood, and Vegetables, all cooked in their trademark Golden Jidori Chicken Stock. Jidori is perhaps the "Wagyu" of the chicken world, so you know you're getting the good stuff. 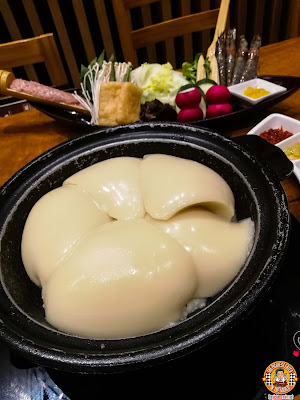 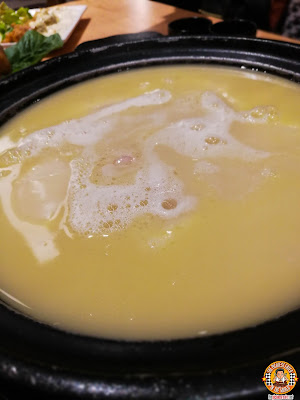 Tsukada Nojo proudly uses only the finest quality of Golden Collagen Chicken Stock, that is transported all the way from their farms in Japan. The stock is stewed for more than eight hours until the chicken bones are fully dissolved, and eventually the chicken stock consistency becomes reminscent of silky pudding. 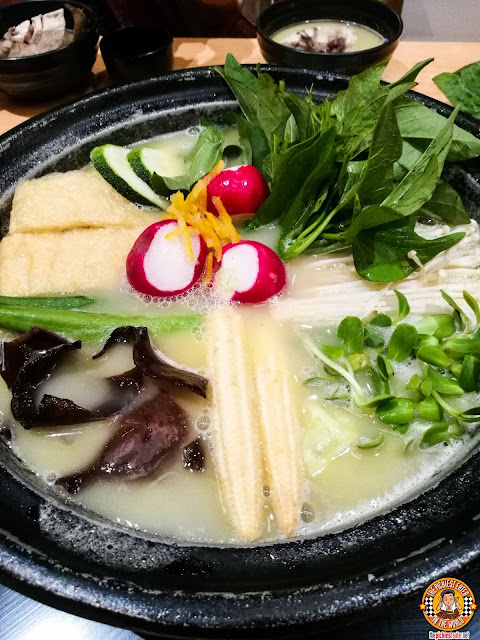 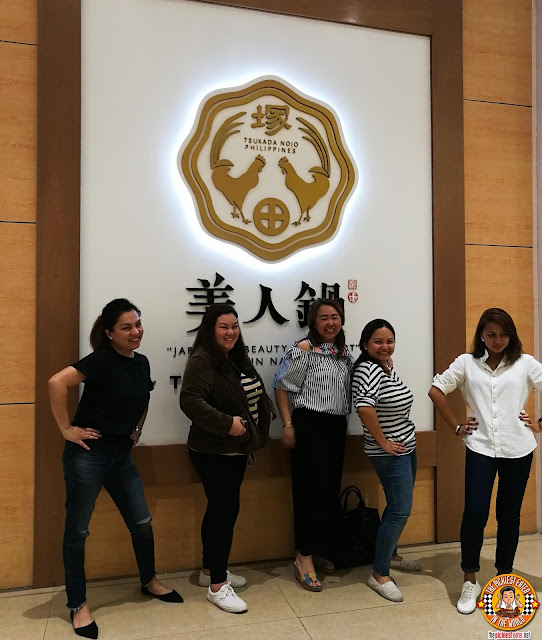 Who said healthy can't be delicious? The lovely ladies of The KTG Feeling fresh and sexy after a bowl of collagen filled Bijin Nabe!

Posted by The Pickiest Eater at 9:12 AM