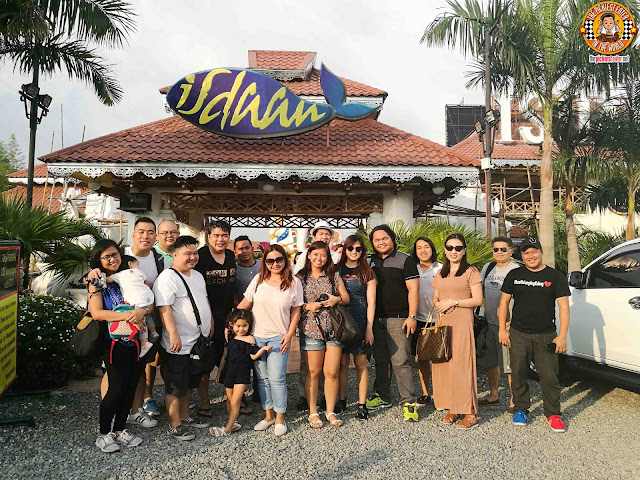 If you're going on a road trip up North, and you happen to find yourself in the vicinity of Tarlac and/or Nueva Ecija, there is one pitstop that you MUST make, especially when travelling with a large group of family or friends. 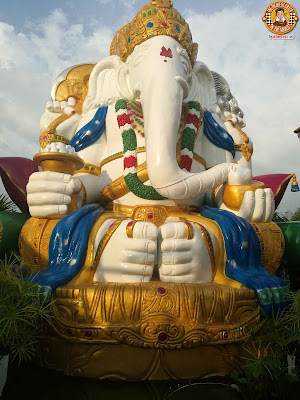 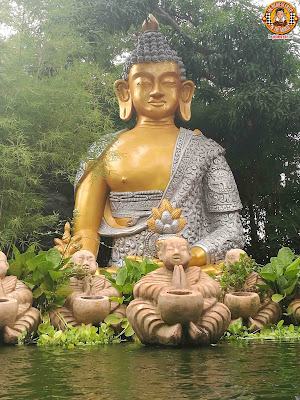 Isdaan floating restaurant has a total of three branches, including two in the North. During our trip to Tarlac, we stopped over the newest branch at Nueva Ecija first, and was dazzled by the Food Theme Park concept that it seemed to invoke. 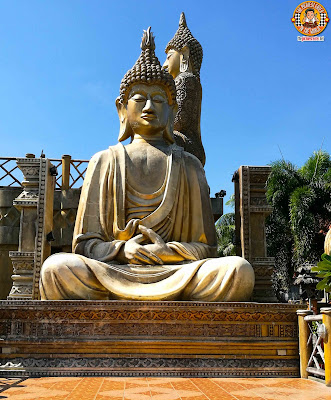 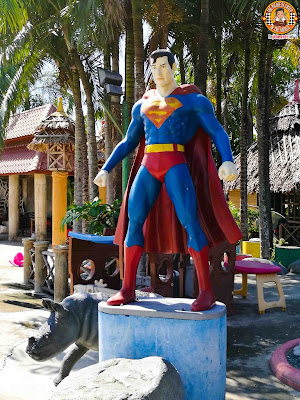 The towering statues scattered all around the property were majestic and awe-inspiring.. Although I couldn't really work out a theme for it. Buddha in one corner, Superman in another, Ninoy Aquino at the Hallway.. It's like a mishmash of pop culture and historical figures, making it a wonderland of fun! 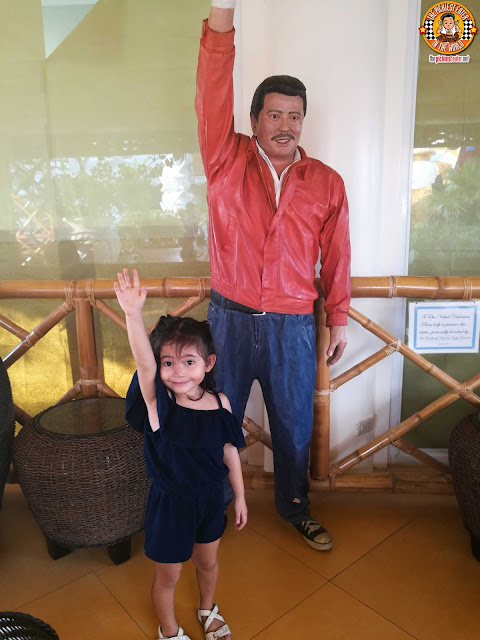 Rain decided to hang out with Erap for some reason. 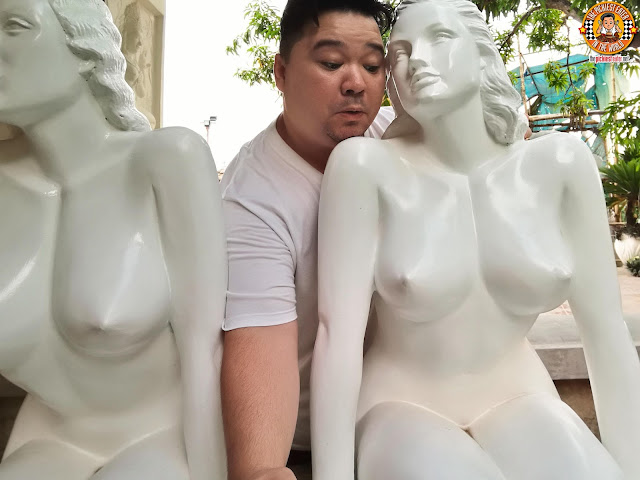 I decided to hang out with the ladies, who didn't give me the time of day.
Story of my life. 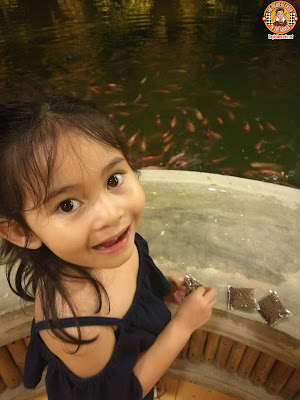 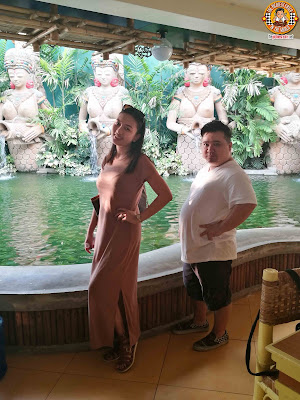 Every nook and cranny is Instagram worthy, and as you go around, you'll see a slew of different activities that you may partake in. Rain did a little bit of fish feeding, while daddy did a bit of photo-bombing. 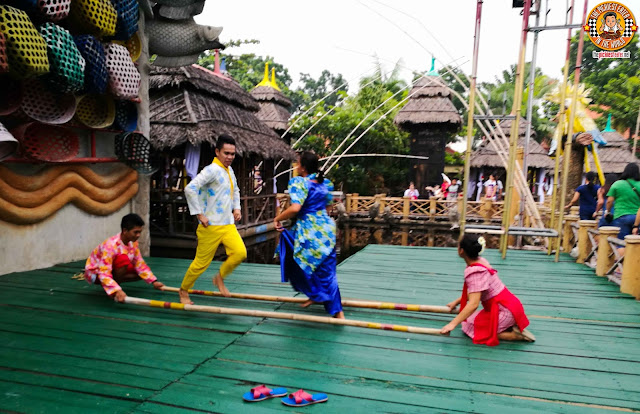 If you're able to time it properly, you may catch some of the cultural dances that they perform at certain times! 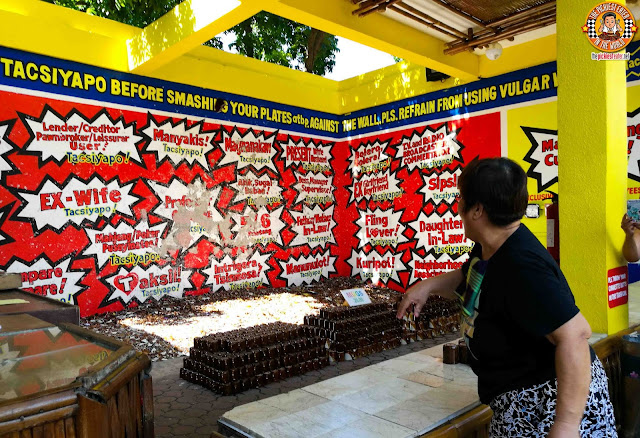 But perhaps the most popular activity is the "Tacsiyapo Wall", where you may vent out your frustrations by paying to break stuff, by throwing it at a concrete wall! You may choose from the different items available for throwing, with a mug the cheapest (P20), and an actual Television Set the most expensive (P2,500.. i think?). Once you've made your choice, you throw the item at the wall with all your might, while yelling out the word, "Tacsiyapo!!!", which sort of translates to "Shame on you!".

Got a problem with your unreasonable boss? Ex-lover made a fool of you? Someone stole the last chicken thigh in the bucket?? TACSYAPO!!!!!

There are several other fun activities as well, such as the underwater bridge where you can feed the fishes. 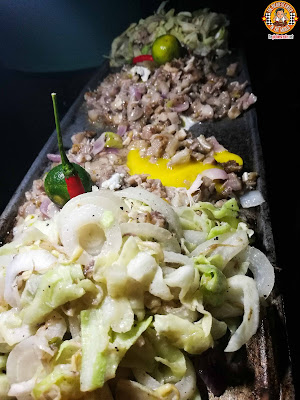 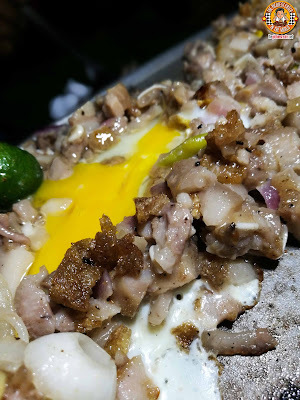 If you're in a big group, I suggest you start with the Bangkang Sisig (P735). As name suggests, this boatload of sisig is sizzled by your tableside. Watch as they top it with a raw egg so you can watch it cook into the pork. There is a side of vegetables as well that works as a counter to the heat from the Chili.. On the whole, a phenomenal dish. 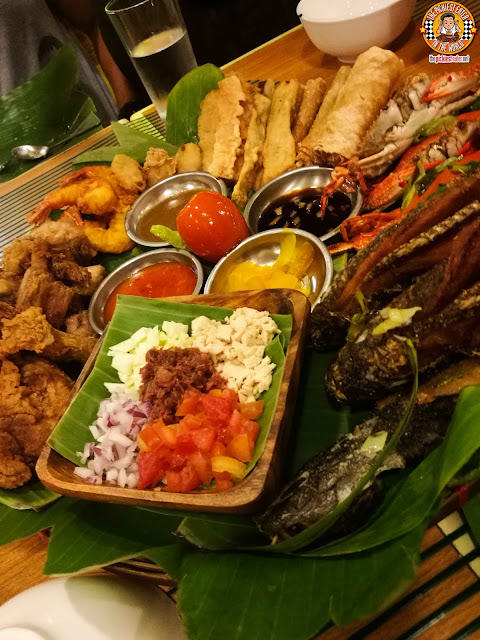 Being a sister company of Pamana, Isdaan also serves the Mama Chit's Special (P898). However I noticed a slight difference in the lumpia, because Pamana served theirs as a fried ubod, while Isdaan's version used Shanghai Lumpia, which was one of the most addicting things I've ever eaten. With its medley of fried dishes, including Fried Tilapia, Breaded Vegetables, Fried Prawns, Fried Spring Rolls, and a beautiful slab of Pork Belly, this is perfect when dining with large groups! 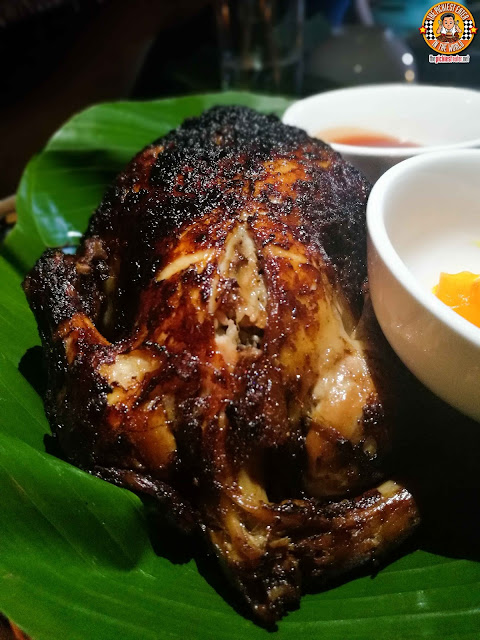 You'll realize that everything you know about Lechon Manok is wrong, once you try the Lechon Tinupig Manok. This is the brainchild of master restauranteur, Rod Ongpauco.

Imagine a whole chicken, slow cooked in a coconut milk bath for hours, then intricately wrapped in banana leaves, and then grilled to utter perfection. The coconut milk bath imbues the chicken meat with a light sweetness that enhances its natural flavor.

My only warning to you is that once you try this, you'll never look at Lechon Manok the same way ever again. 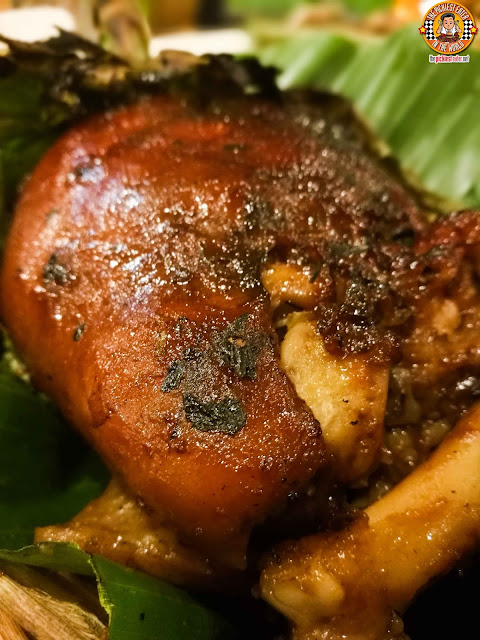 After changing the Pinoy Food game decades ago with his Crispy Pata, Rod Ongpauco decided to do it once again with his Patang Tinupig (P690). Using the pork hock once again, Rod realized that if he simmered it in coconut milk the way he did the chicken, he could come up with something truly wonderful.

And that he did.

Boiling the hock in coconut milk infused the meat with an unreal creamy sweetness that melds with the savoriness, while turning it melt in your mouth tender. This is THE must try dish when dining at Isdaan. 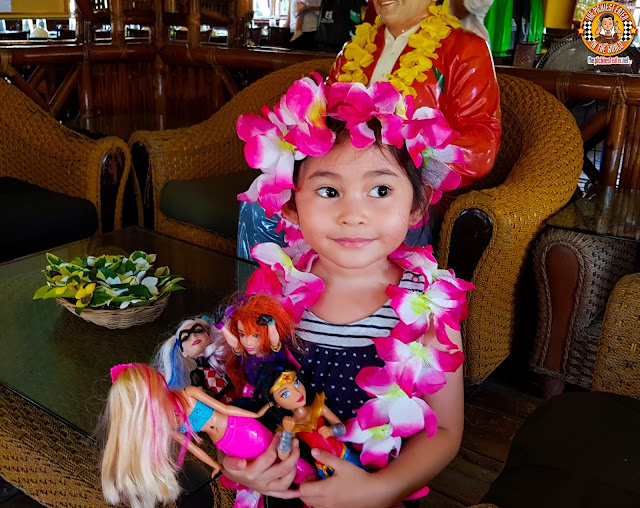 Before heading back to Manila, we stopped at Isdaan's original branch at Tarlac, for a meal that would make us want to rethink about going back to home too soon! 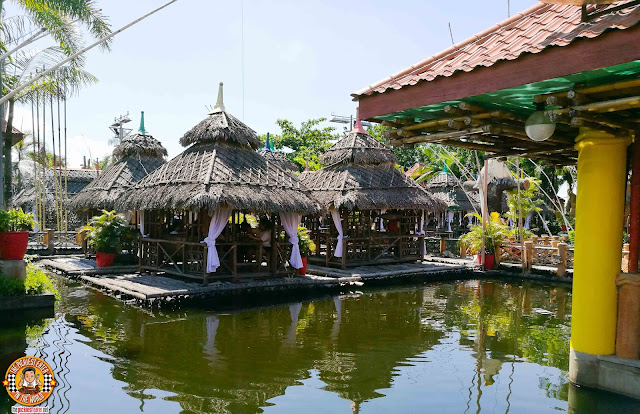 The Tarlac branch also has the floating restaurant theme, with the tables of guests situated on little huts perched on rafts, adrift on the man made lagoons. 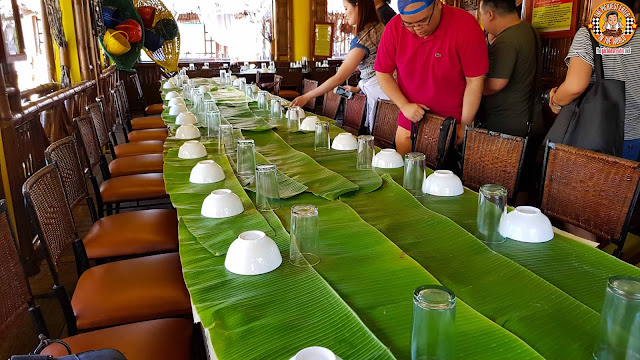 We settled in to one of the huts, and saw that they were setting it up for our meal.. The KTG was about to get into one epic BOODLE FIGHT!!!!!! 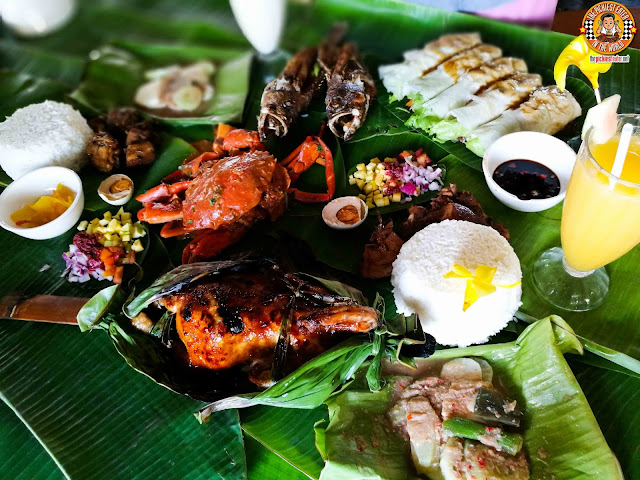 Our gracious hosts brought out the Championship Round Set Menu (P3,169 for 4 pax/P6,476 for 8 pax/P8,963 for 10 pax/P12,856 for 15 pax). The spread is outstanding, consisting of some of Isdaan's best sellers, such as Bulalo Soup, Chicken and Pork Adobo, Fried Lapu-Lapu, Spicy Crab, Lumpiang Bukid, and my favorite Lechon Tinupig Manok.

You are also provided with Fresh Steamed White Rice served fresh from the pot, and native condiments such as Tadtad Mangga, Sliced Tomatoes and Onions, Salted Egg and Bagoong.

Meals at Isdaan are incredibly fun, as guests are often serenaded by their roaming minstrels, often getting the audience to participate in the shenanigans! Perhaps the most iconic tune in their in-house repertoire is the ridiculously catchy, "Bring Home A Friend", which is a hit with tourists and balik-bayans.

(In case you were wondering, the KTG Boys were dancing to Hagibis' "Katawan" 😂) 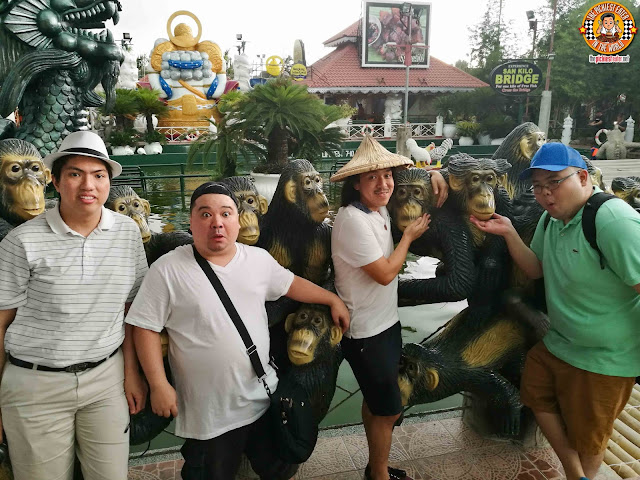 After our spectacular meal, the boys of The KTG went monkeying around the property. 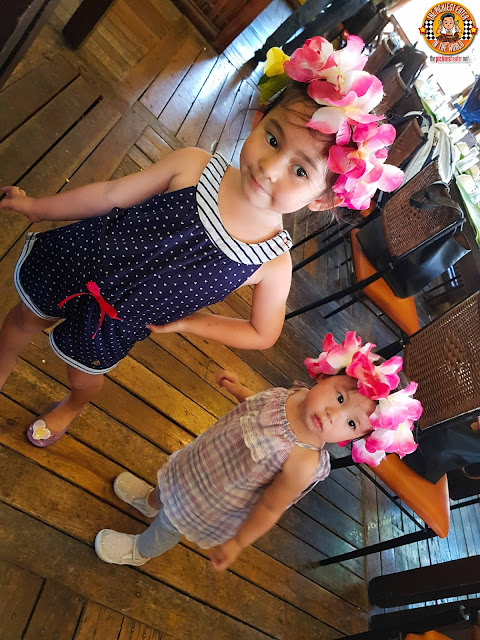 While Rain and bestie Beanie, aka Little Miss EATSplorations,
also had such a fun time! 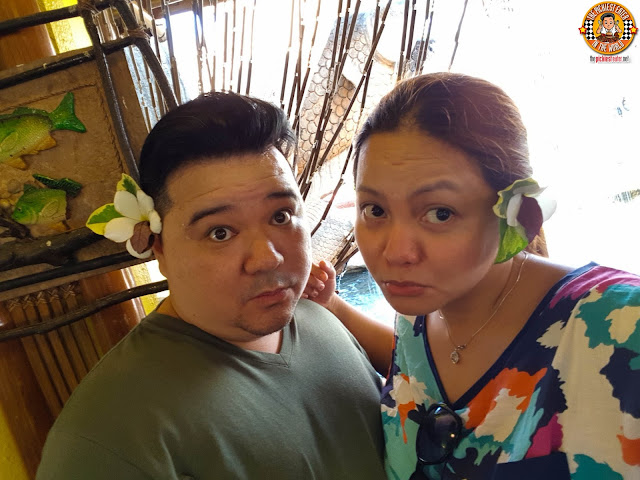 Who did it better?

Yes, Isdaan is called a "Floating Restaurant", but it's so much more than that. Even calling it a "Food Theme Park" doesn't seem to give justice to it either. Isdaan is an experience that brings together friends and family, making them remember beautiful memories by creating new ones through different activities, or simply with delicious food. 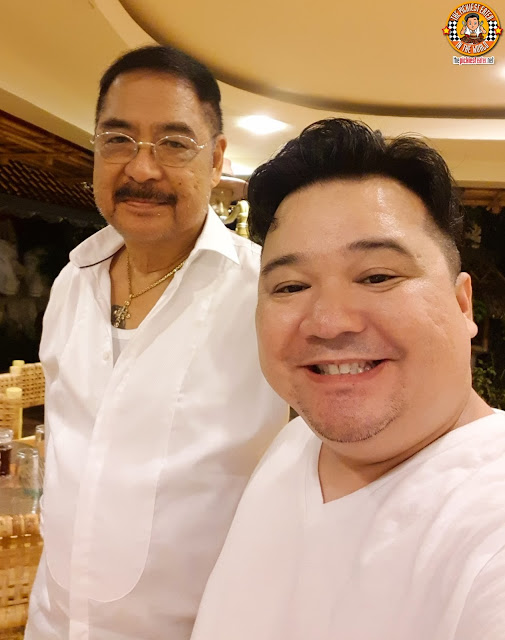 It was indeed an honor to meet the man who helped change the landscape of Philippine cuisine...  Mr. Rod Ongpauco!

We are looking for more Isdaan concepts popping up in the outskirts of the metro, making out of town trips even more fun!