THE HOLIDAYS COMES ALIVE AT SAMBA: SHANGRI-LA AT THE FORT 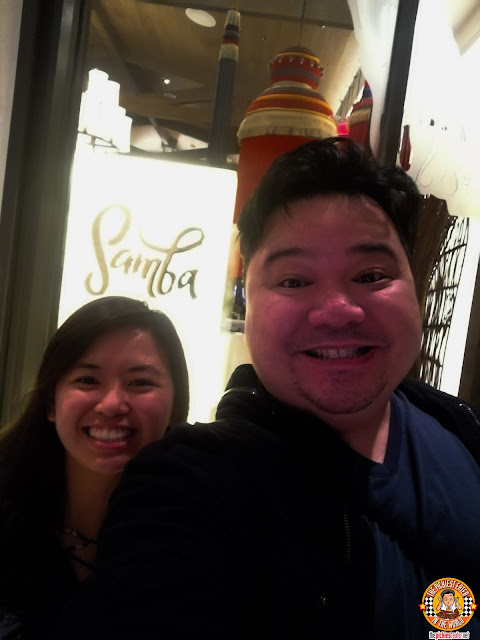 With it's bold flavors and intricate use of rather obscure herbs and other ingredients, Peruvian cuisine has steadily garnered worldwide attention. Samba, the premiere Peruvian restaurant located at Shangri-la at The Fort, takes that cuisine to a whole new level, by incorporating influences from The Philippines, Spain and other countries in South America.

This Christmas Eve, Samba has come up an amazing set menu that gives you a taste of Peru that will undoubtedly fascinate your taste buds. 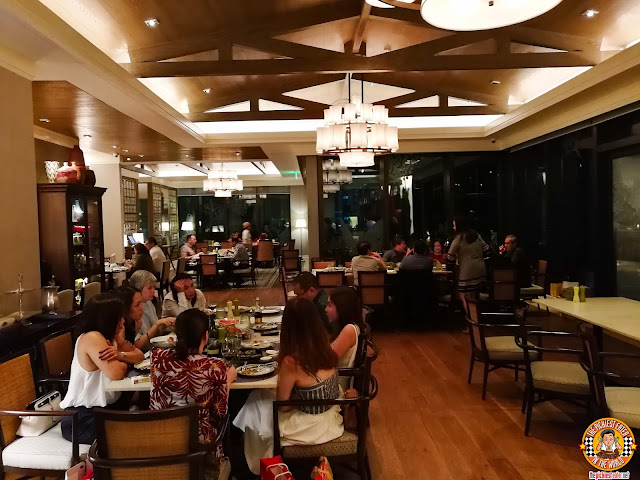 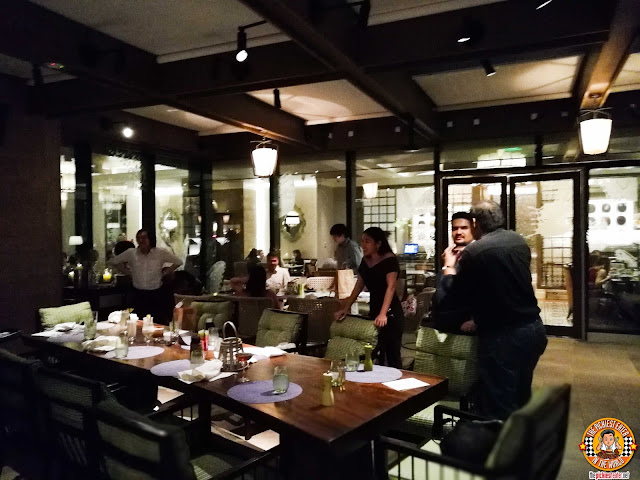 Samba is located at the 8th floor of Shangri-la At The Fort, near the Hotel Swimming Pool. In fact, you can opt to stay inside in the air-conditioned area, or at the Al Fresco area which gives you a nice view of the stunning swimming pool.

Manning the reins of Samba's kitchen is Chef Carlo Huerta Echegaray, a native of Peru whose culinary journey has taken him to many parts of the globe before settling in at the Philippines. 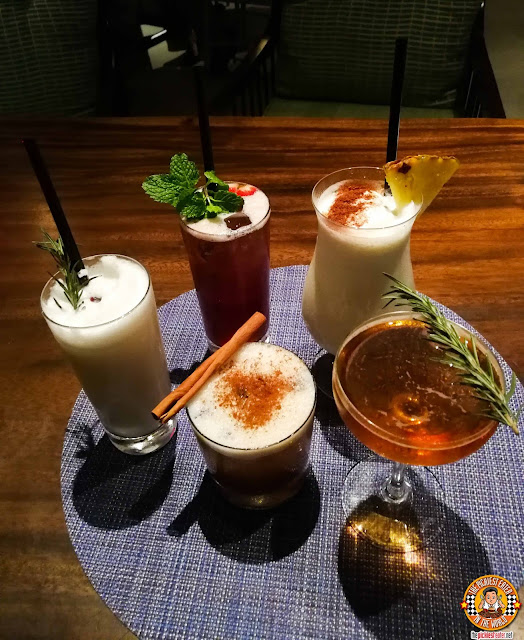 The Christmas Flip, a classic eggnog but with a touch with cognac, The Pinay Colada, Shangri-la's take on the Pina Colada; and the Sparkles, a holiday cocktail made with a blend of whisky, honey, rosemary, and liquid gold prosecco. Since I don't drink, I stuck to the Santa Claus Iced Tea, a blend of redberry puree, Moroccan mint syrup, rosehip and hibiscus tea;

The holiday-themed cocktails are available in all restaurants at Shangri-La at The Fort from November 30, 2017 to January 1, 2018 for only  P450. 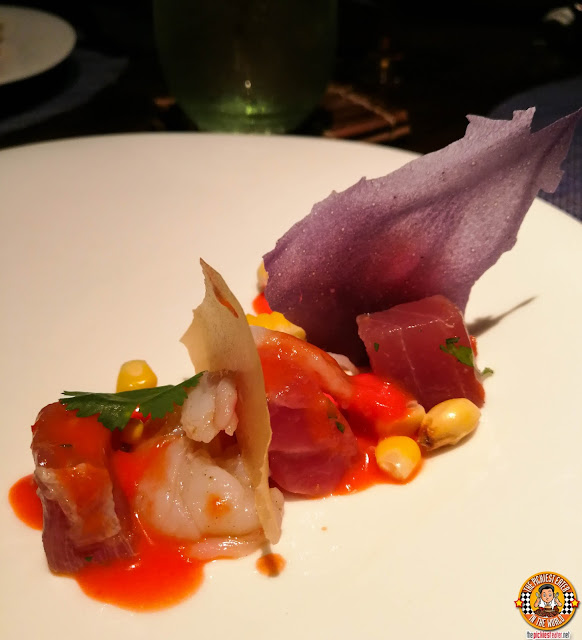 The first course of the meal was the Ceviche de Atun Y Crema De Rocoto.  This consisted of Yellow Fin Tuna Loin, Prawn tails, Rocoto Leche De Tigre Foam, Glazed Sweet Potato, Cancha Corn, Cold Press Extra Virgin Olive Oil. From the plating to the explosion of flavors on one plate, this was definitely an impressive start to your meal. 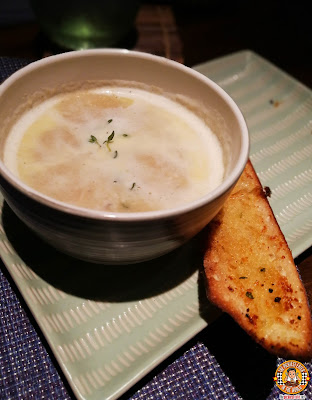 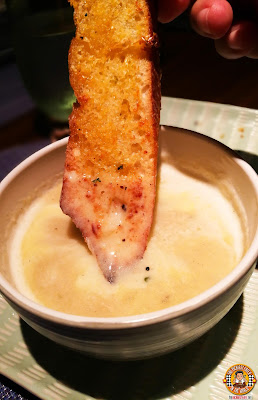 The next course offers a smoother flavor to your palate, in the form of the Cappuccino De Ave Al Aji. This was Chef  Carlo's take on a creamy chicken soup, infused with Cinnamon, and served with a deliciously buttered Crostini. You wouldn't think that the combination of Cinnamon and Chicken would work so harmoniously, but the marriage of both turned out to be immaculate. 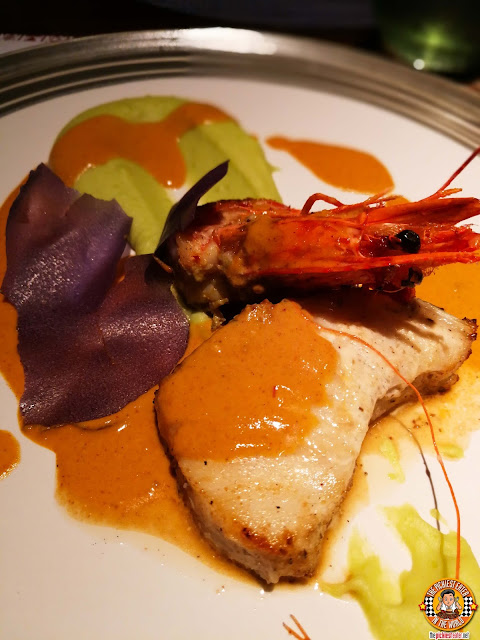 The Corvina En Reduction De Chupe, was yet another show stopper. The plating was outstanding, with a meticulously braised black cod laid over a creamy fava bean puree, and a masterfully grilled prawn perched on top of it, then drizzled with coral butter sauce. The dish, which is served with a side of micro greens, is every seafood lover's dream. 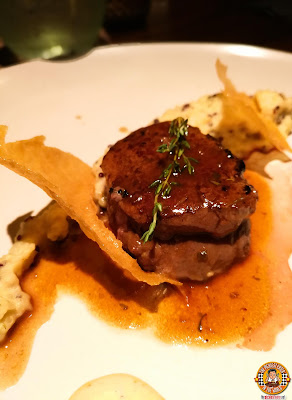 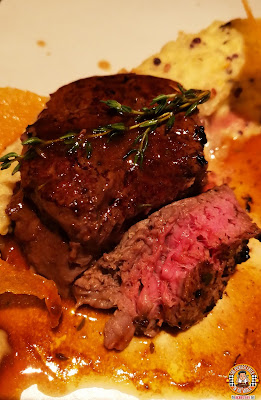 The Lomo Al Wok Con Quinua Andina, Chef Carlo's take on a Peruvian steak dish, simply knocked it out of the park. Made with a US Beef Tenderloin Medallion on top of a potato canchan and organic black and white quinoa, then served with Peruvian panca pepper and flavored crisps, This is clearly unlike any steak dish I had ever had before. The effort made in bringing out the natural flavor of the beef was exceptional, making it an incredible dining experience. 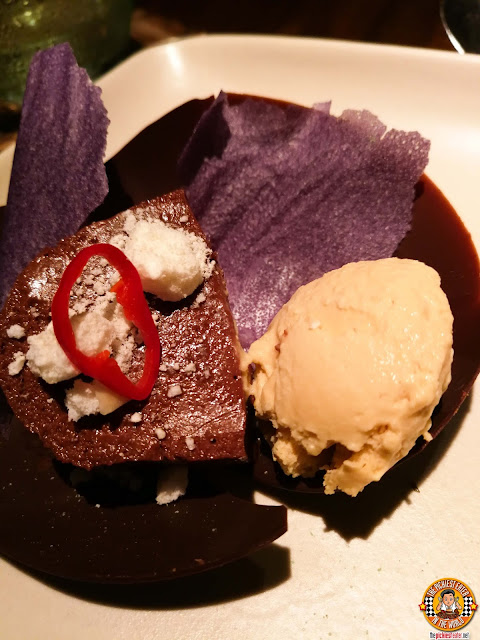 The knock out blow Chef Carlo delivered was the Trufon De Chocolate Y Lucuma, a rather complex dessert that plays on several flavors that take your taste buds for a wild ride. I let my spoon take a dip of the scoop of 70% Peruvian chocolate mousse that was topped with crispy almond flakes, a slice of red chili, and, I kid you not, one of the best ice cream flavors I've ever had.. "Lucuma". This was actually the first time I had heard of the fruit, "Lacuma", which is native in the Andean Valleys and grown in Peru. The silky consistency of the creamy ice cream was a nice counter to the dark bitterness of the rich chocolate, with the crisps adding texture to the dish.

It was so darn good, I even ended up eating the chocolate bowl it came in. 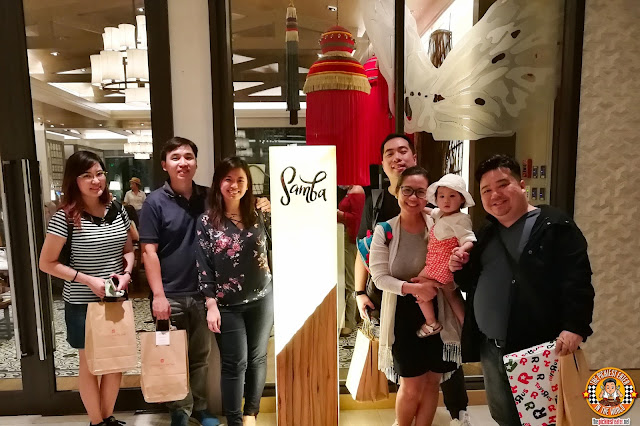 Samba's December 24th menu is absolutely exquisite, making it the perfect way to celebrate the Yuletide season with your family. The dishes were executed to near flawlessness, and you can see from the quality of the ingredients that Samba has taken the cudgels in the leading the country's exploration into Peruvian Cuisine.

With Chef Carlo Huerta at the helm, It looks like Peruvian food truly is the next big thing, and we expect Samba to be at the forefront. 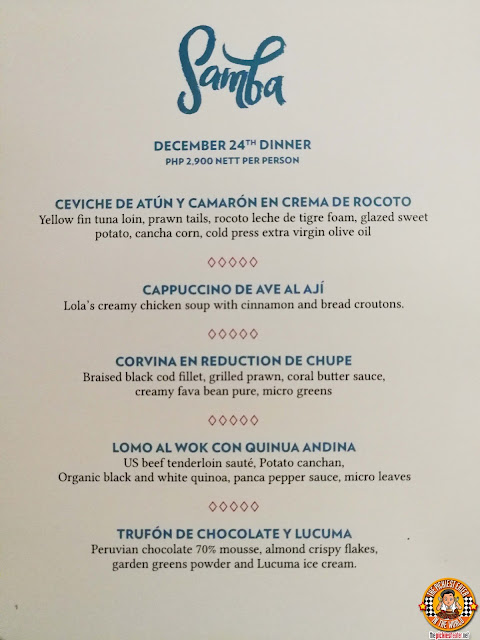 Email ThisBlogThis!Share to TwitterShare to FacebookShare to Pinterest
Labels: Peruvian Cuisine in Manila, Restaurants at Shangri-la The Fort, Samba, Shangri-la at The Fort