I ATE FUGU AT KITSHO JAPANESE RESTAURANT AND SAKE BAR 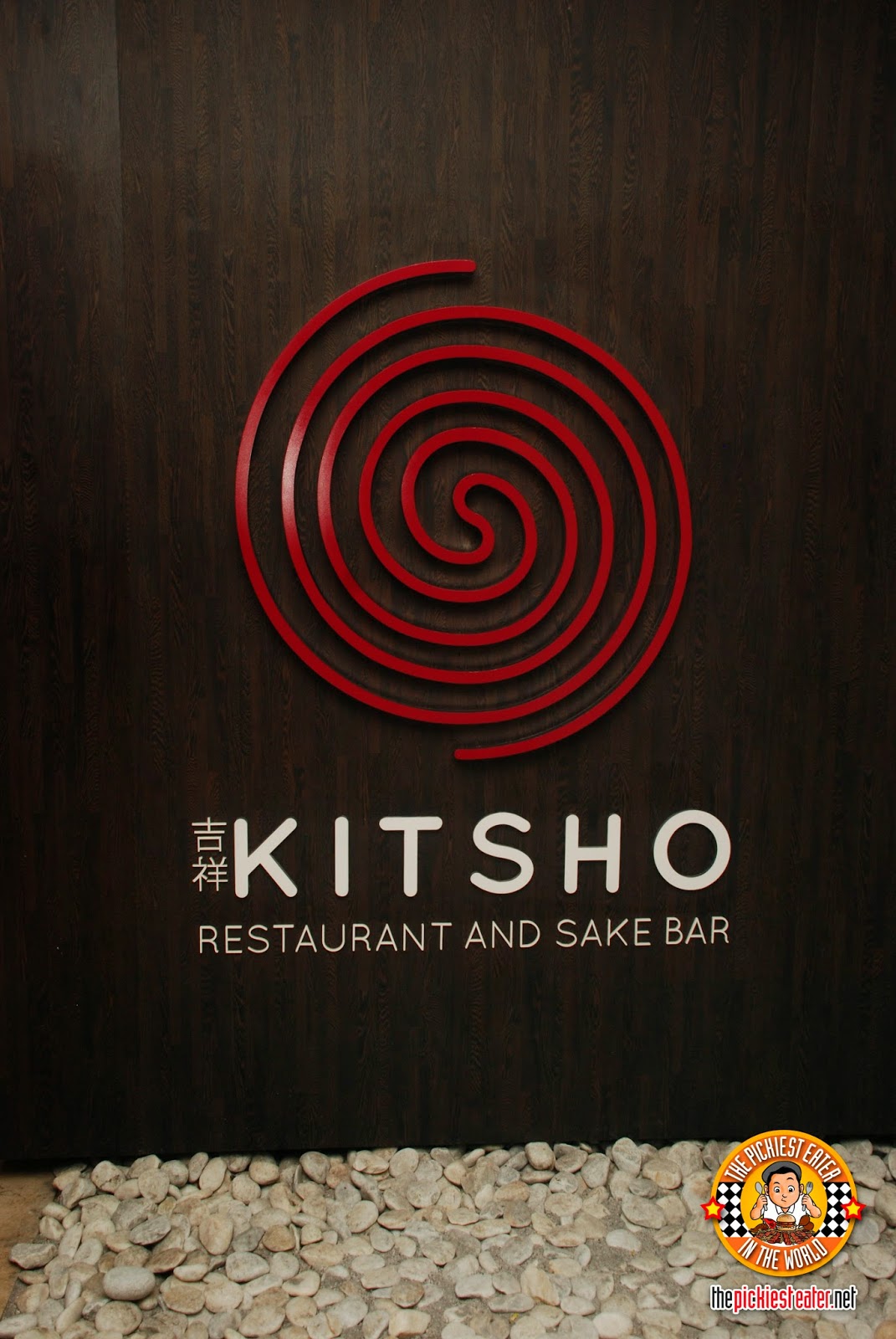 Due to my lack of knowledge in the culinary world, I never knew that Blow Fish or Puffer Fish can be eaten. But if you don't know how to prepare it, it could be poisonous. Amazingly, I got a chance to try eating one, and I'm obviously still alive! The place is called Kitsho Japanese Restaurant and Sake Bar at Trader's Hotel located at 3001 Roxas Blvd, Pasay 1305. 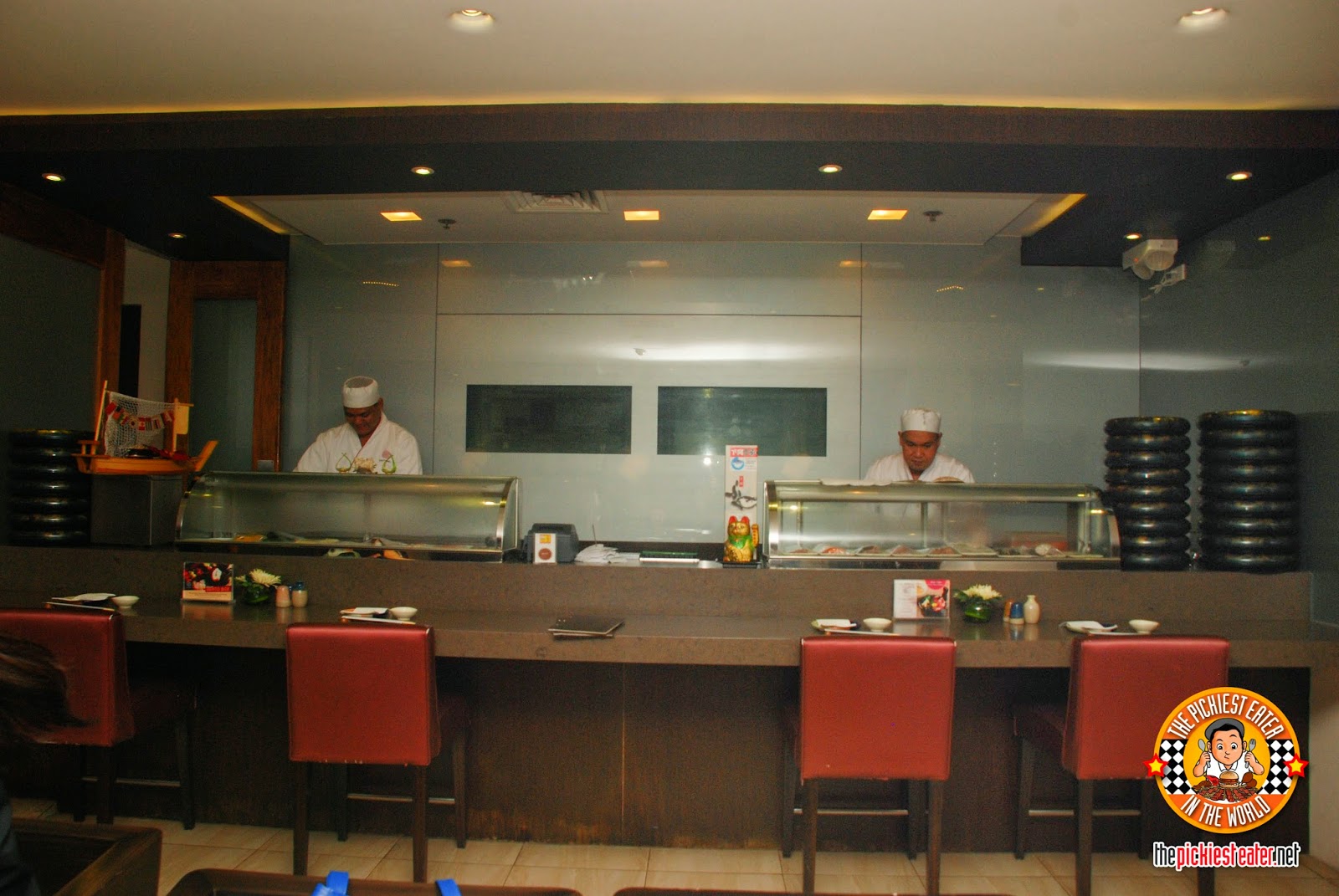 It's a simple Japanese restaurant that serves authentic Japanese food. The place is quite spacious, it has a zen feel, lighting is a bit dim, but not too dim. Ideal for business, intimate dates, but of course can still be for family lunches and dinners. 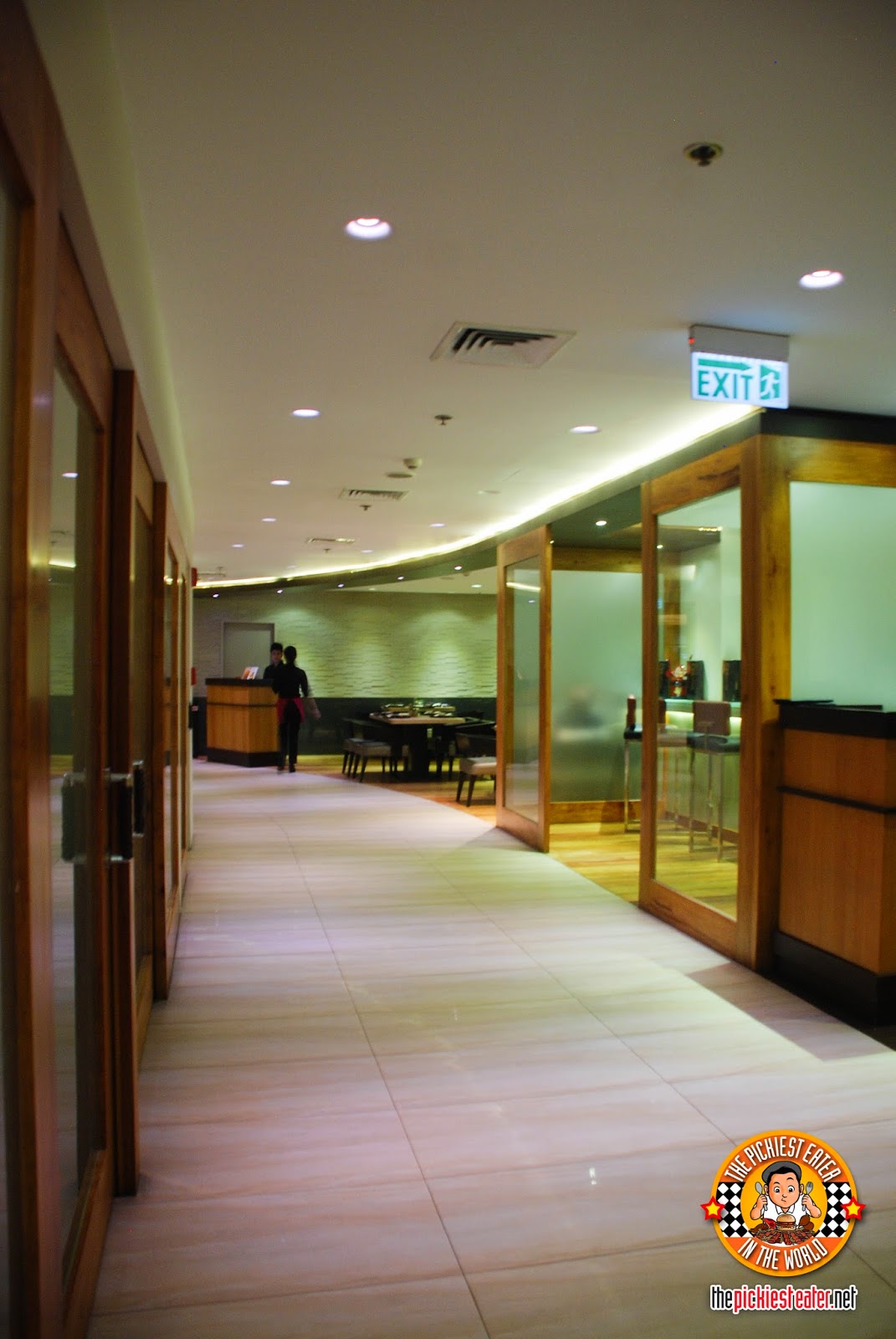 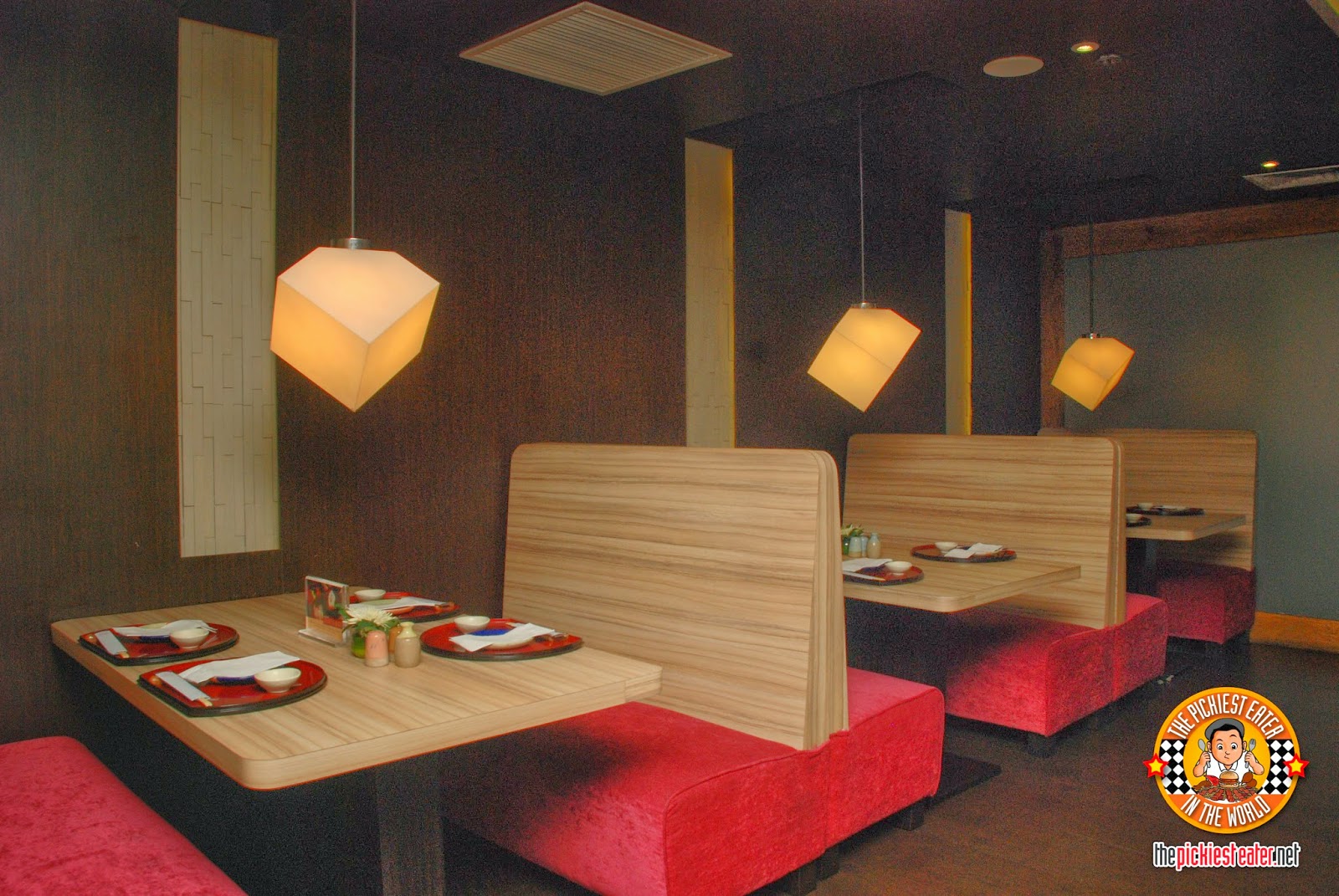 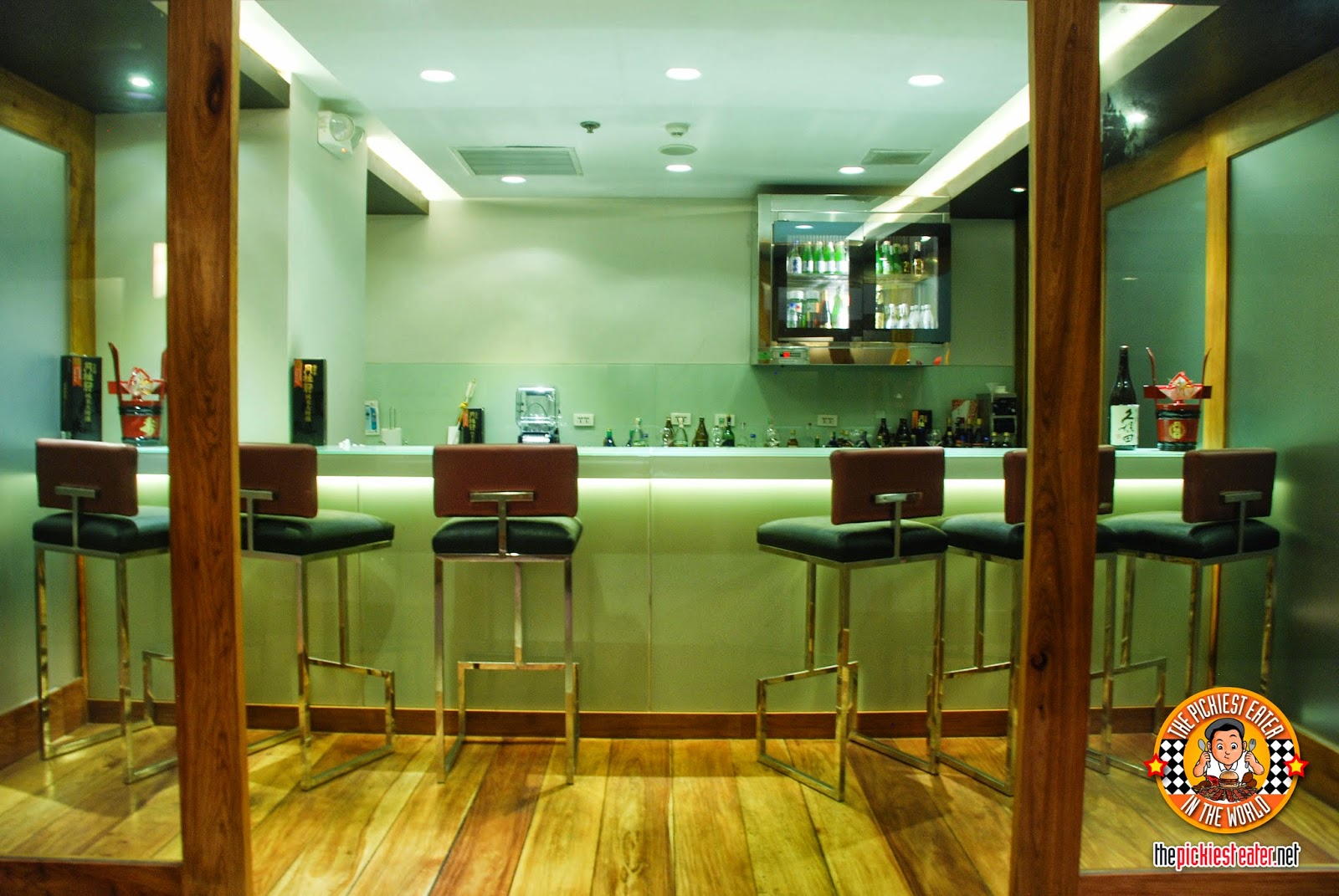 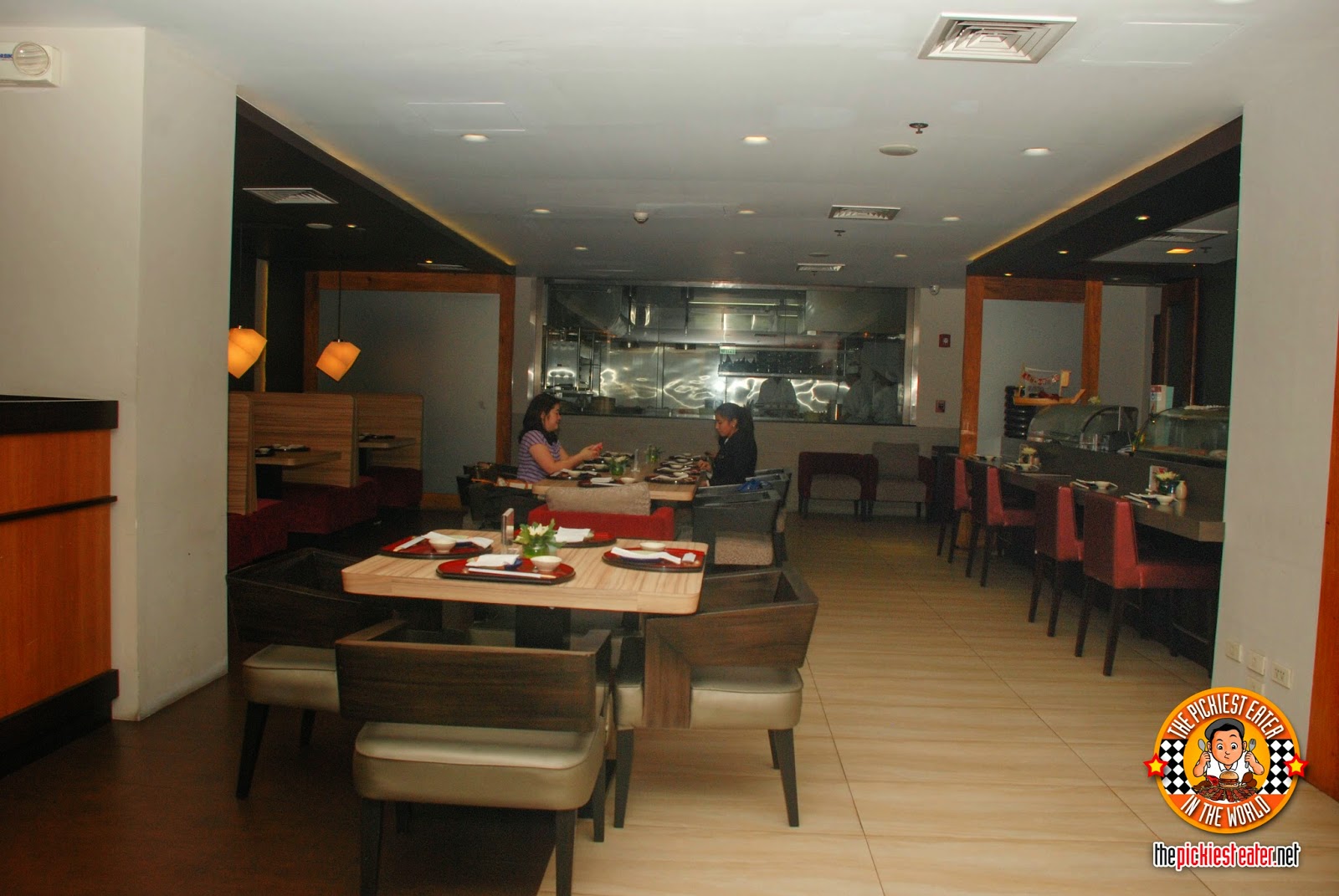 Then an open kitchen at the far end 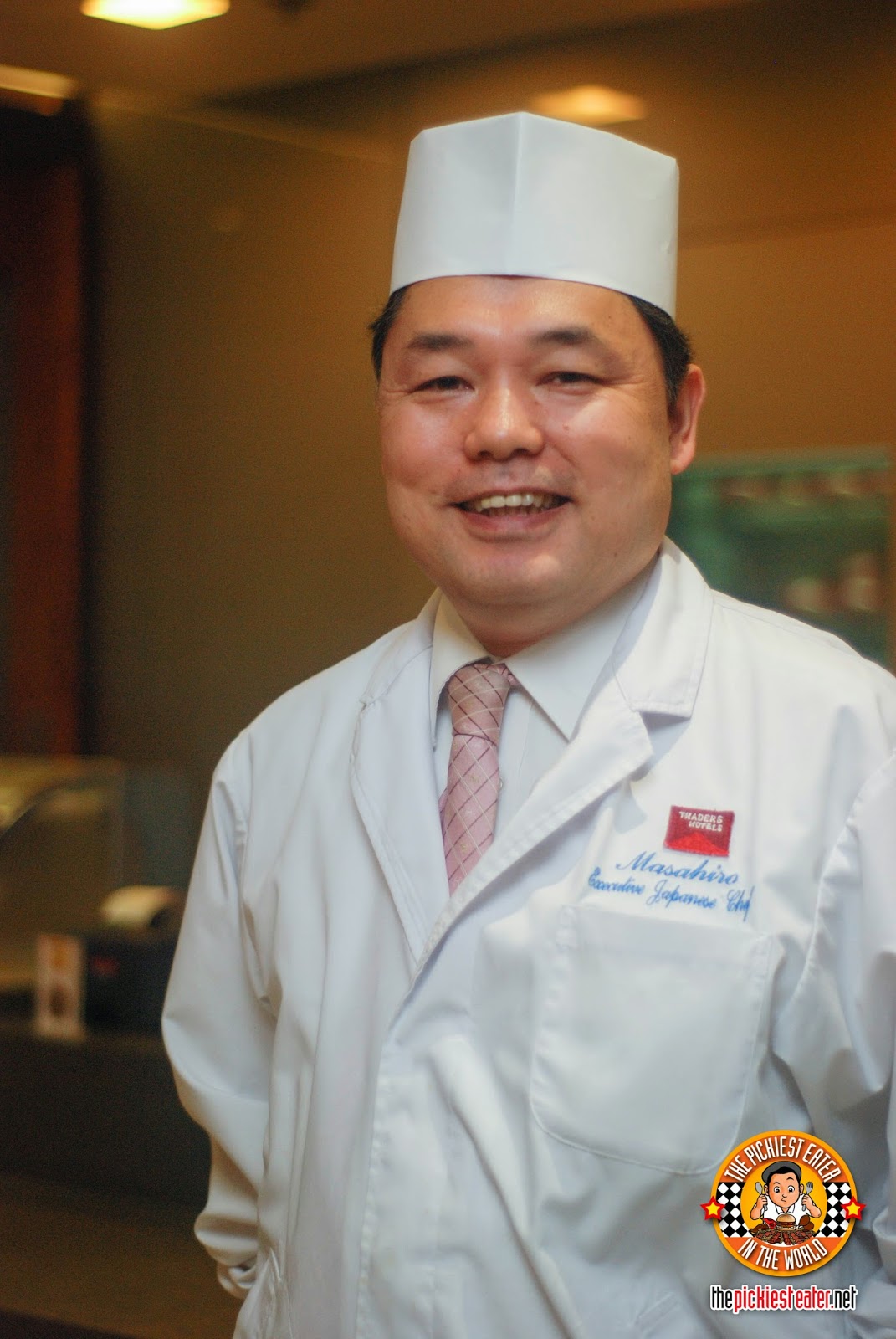 Speaking of authentic, if you ever plan on eating puffer fish, you might as well triple check that the Chef has a license to serve Fugu (that's puffer fish in Japanese), just like their Executive Japanese Chef, Masahiro Mizumoto. You're sure to be in good hands when eating Fugu prepared by him!

We were able to experience Fugu in 4 ways. I had no idea puffer fish could be served in more ways than one! 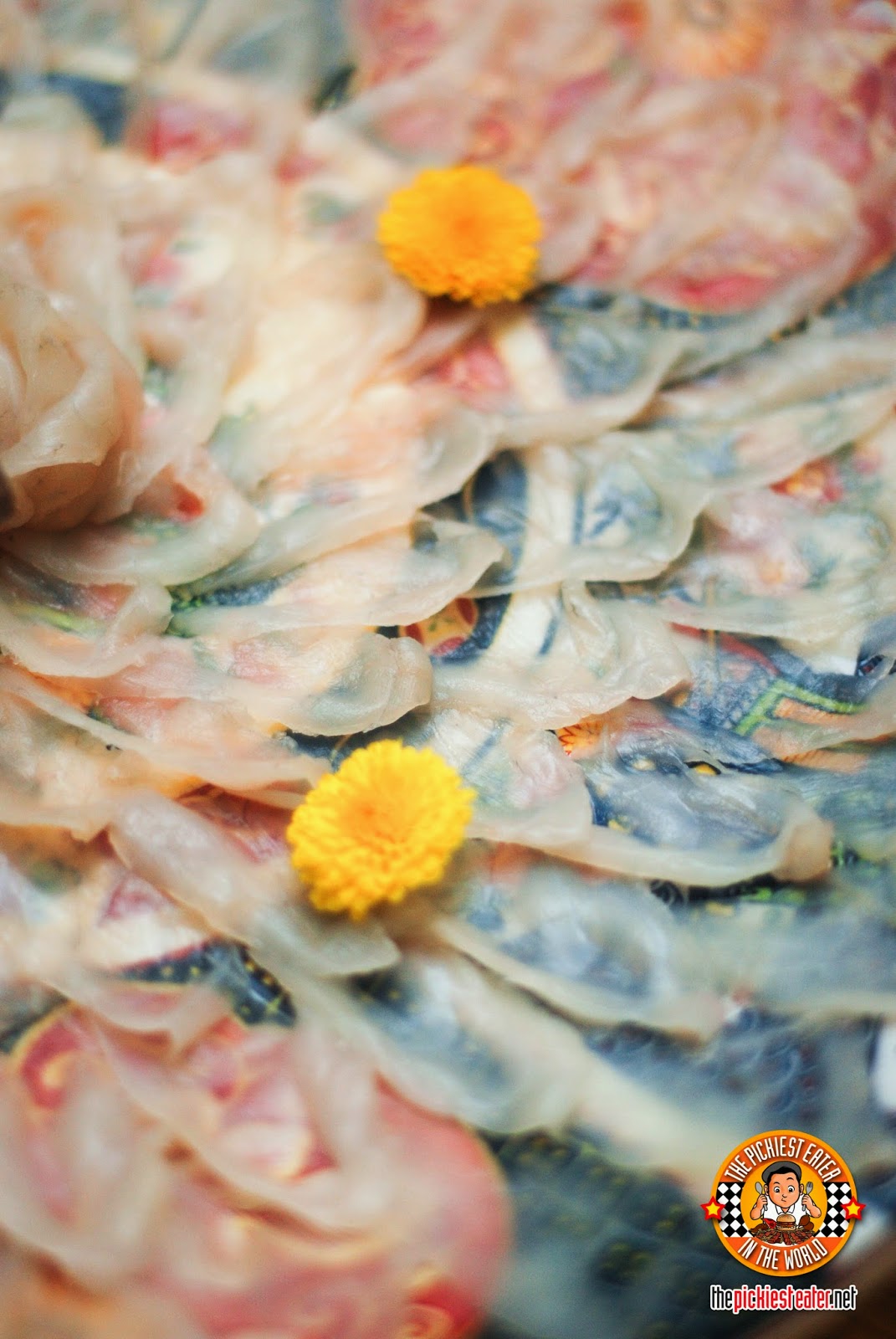 First we were served this beautifully presented, almost see-through slices of Fugu. 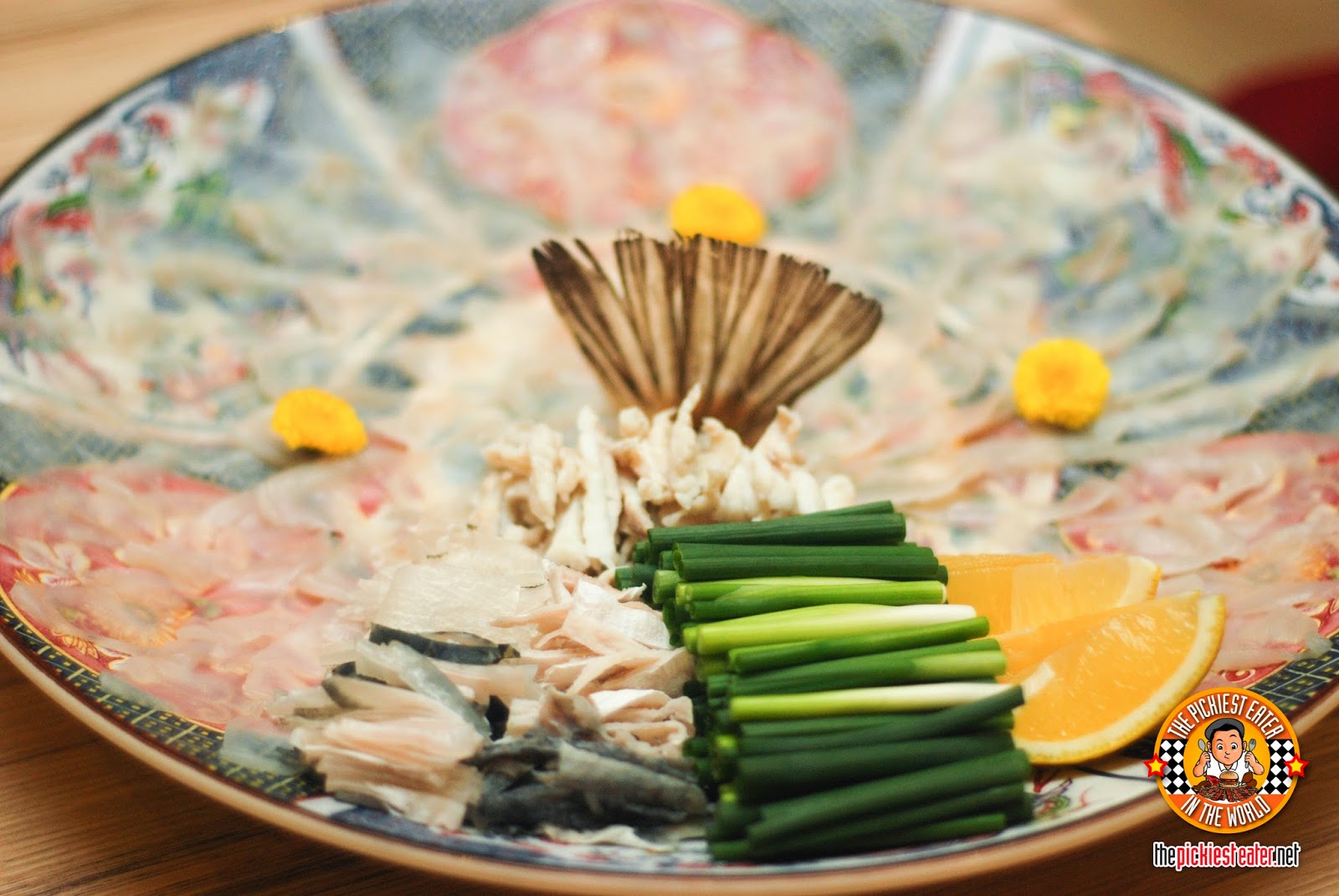 A huge plate filled with Fugu, and then some sticks of spring onions, slices of lemon, and also slices of the other parts of the Fugu such as its tendons, skin, and belly (which by the way are all supposedly good for the skin and making you glow. Hence, we ate a lot of it! Haha!) 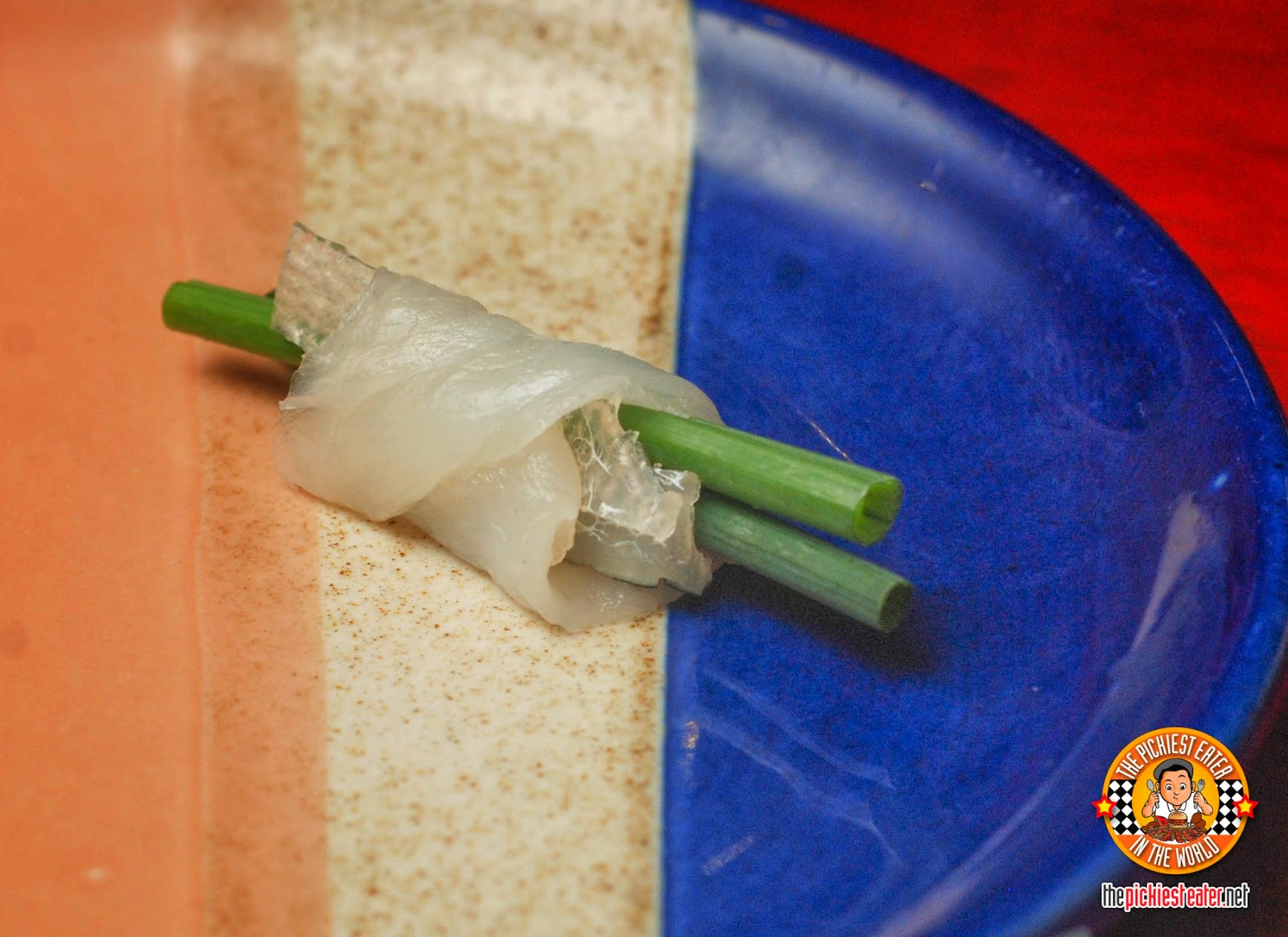 Just get a slice of fugu, put all the other elements inside, then roll. I love the taste of Fugu. It doesn't have that strong fishy taste. And the texture is somewhat gummy but in a good way. 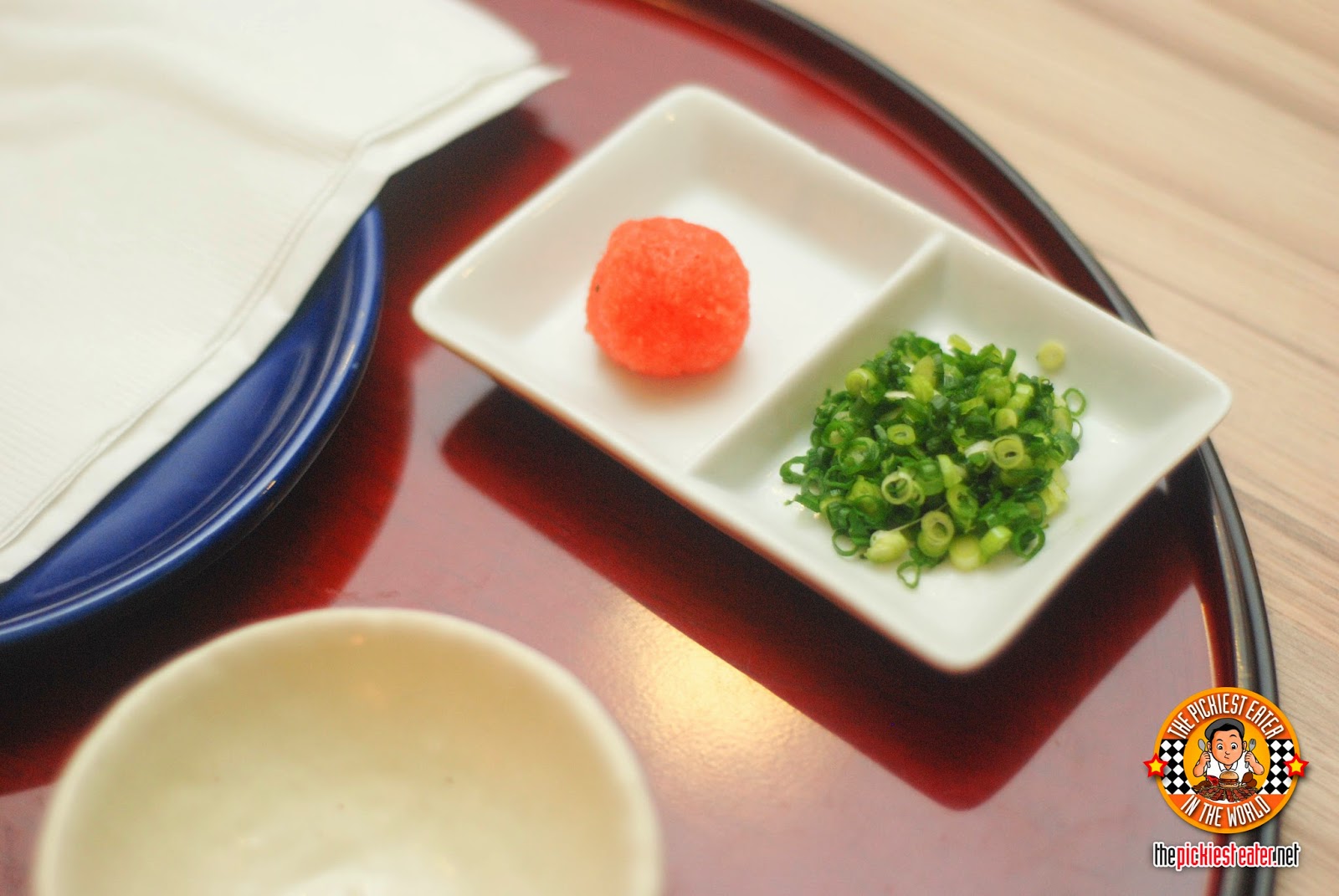 Then mix these chilli radish and green onions together with the ponzu sauce and dip your fugu roll. Heaven! 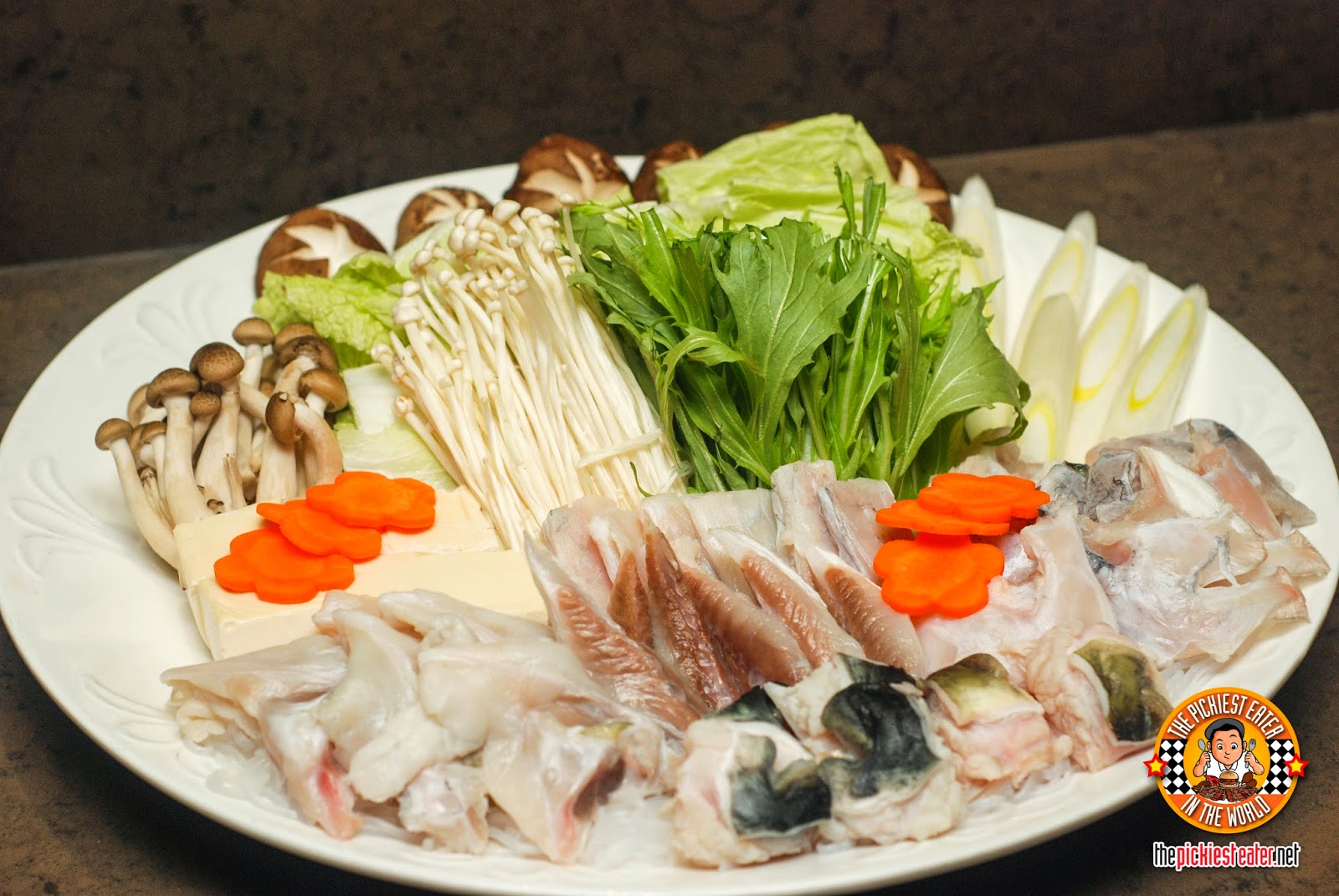 The second dish is a hot pot treat. The remains of the other parts of the fish are then brought out along with some fresh veggies and mushrooms, and glass noodles. 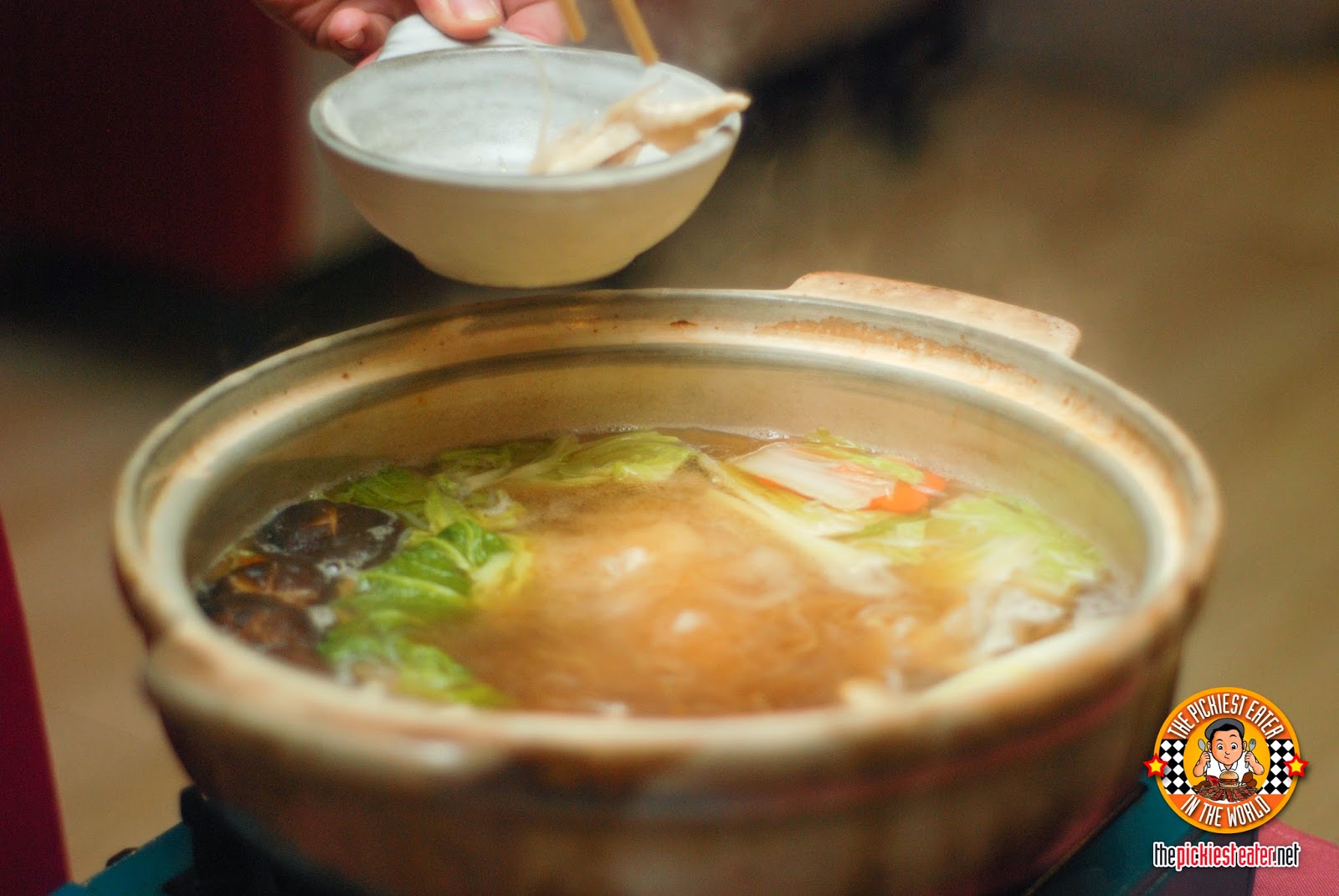 The hot pot is prepared table-side... 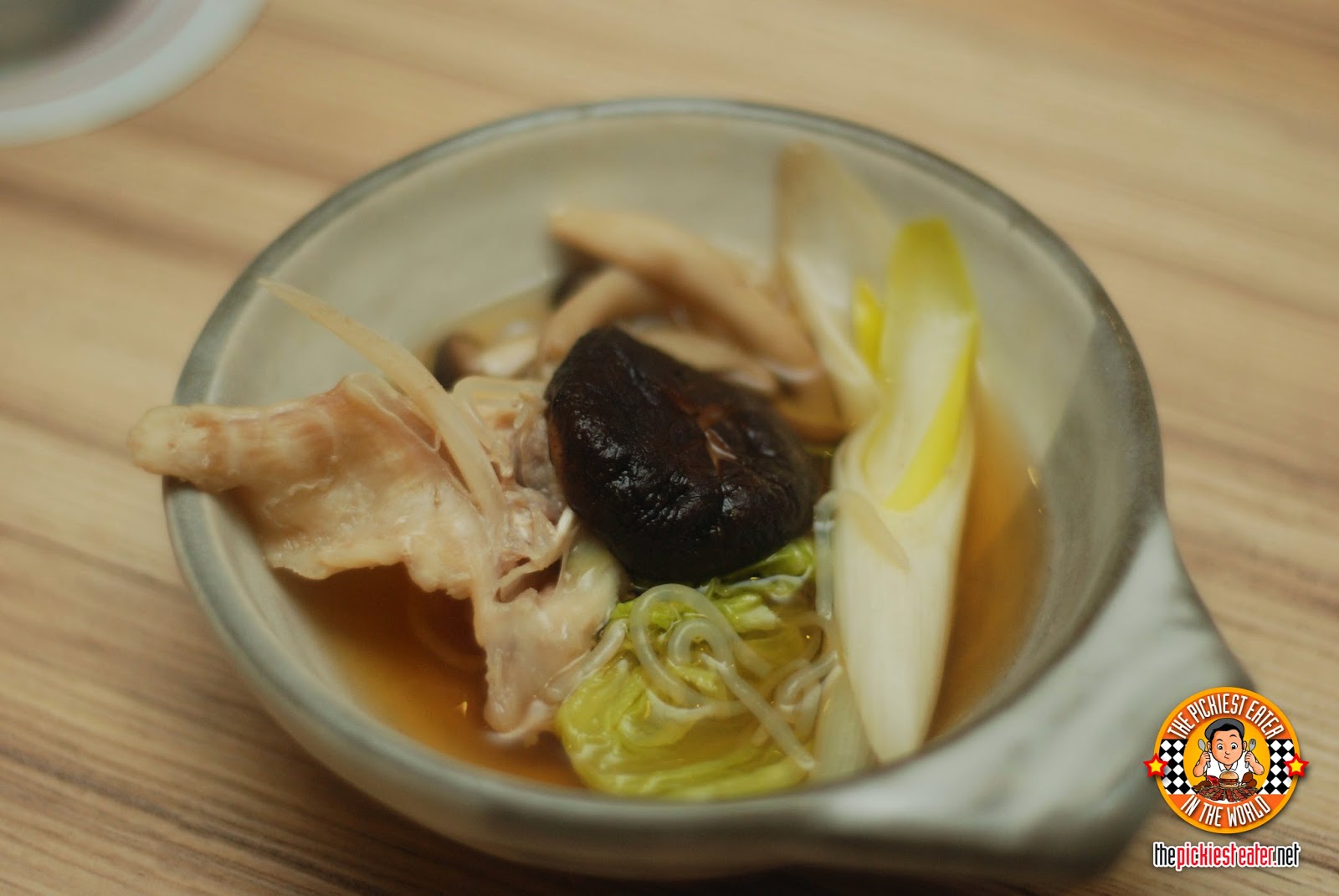 ...and ta-daaa! It's ready! The soup and the fugu has a subtle sweetness to it making it a very hearty and comforting soup dish. 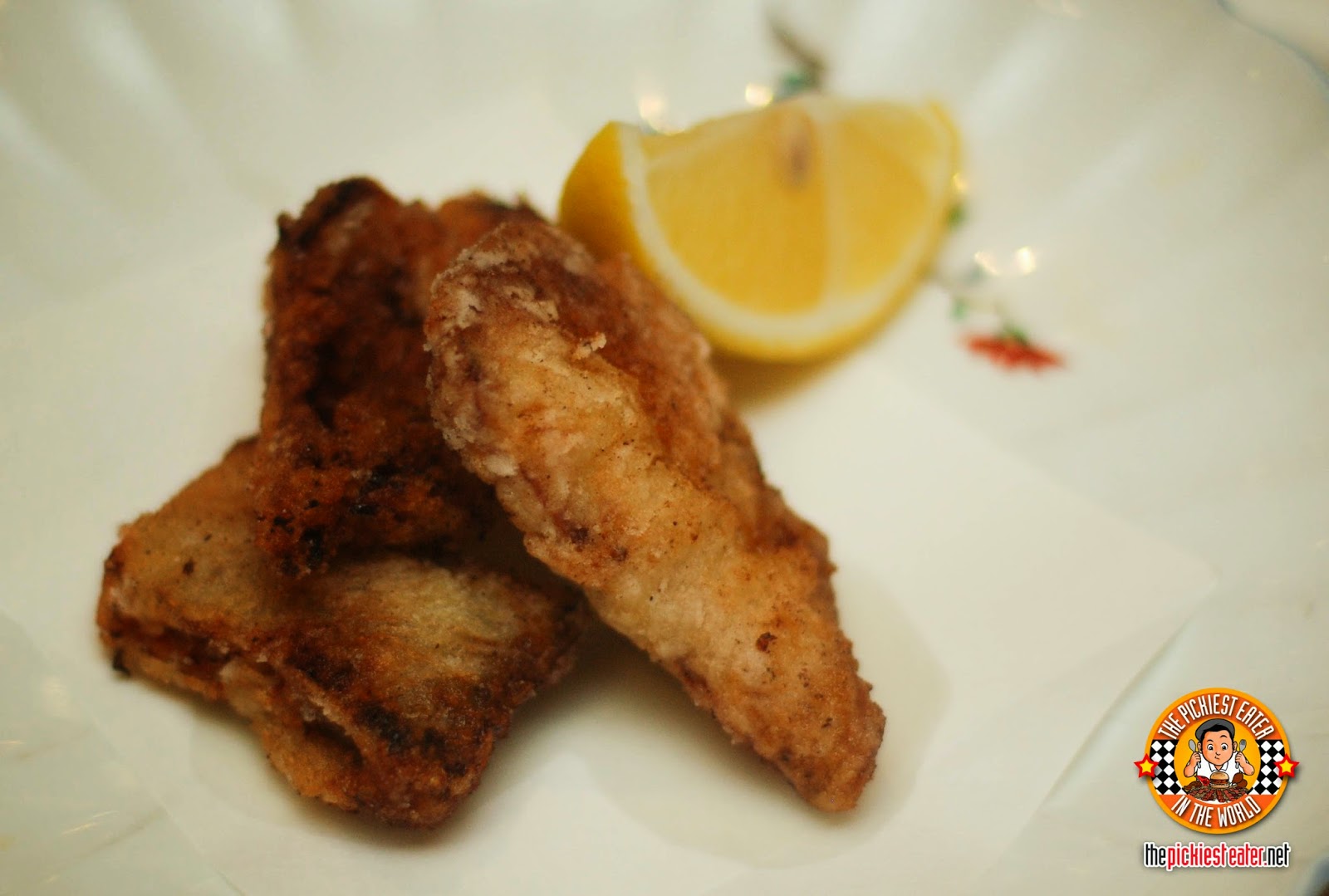 Next up, a karaage dish! Some of the parts of the fugu breaded and deep-fried into a golden piece of beauty. I love how this dish doesn't seem to be too oily. And again it's not very fishy. This is also good with the ponzu sauce. So far, everything is! I love that ponzu sauce! 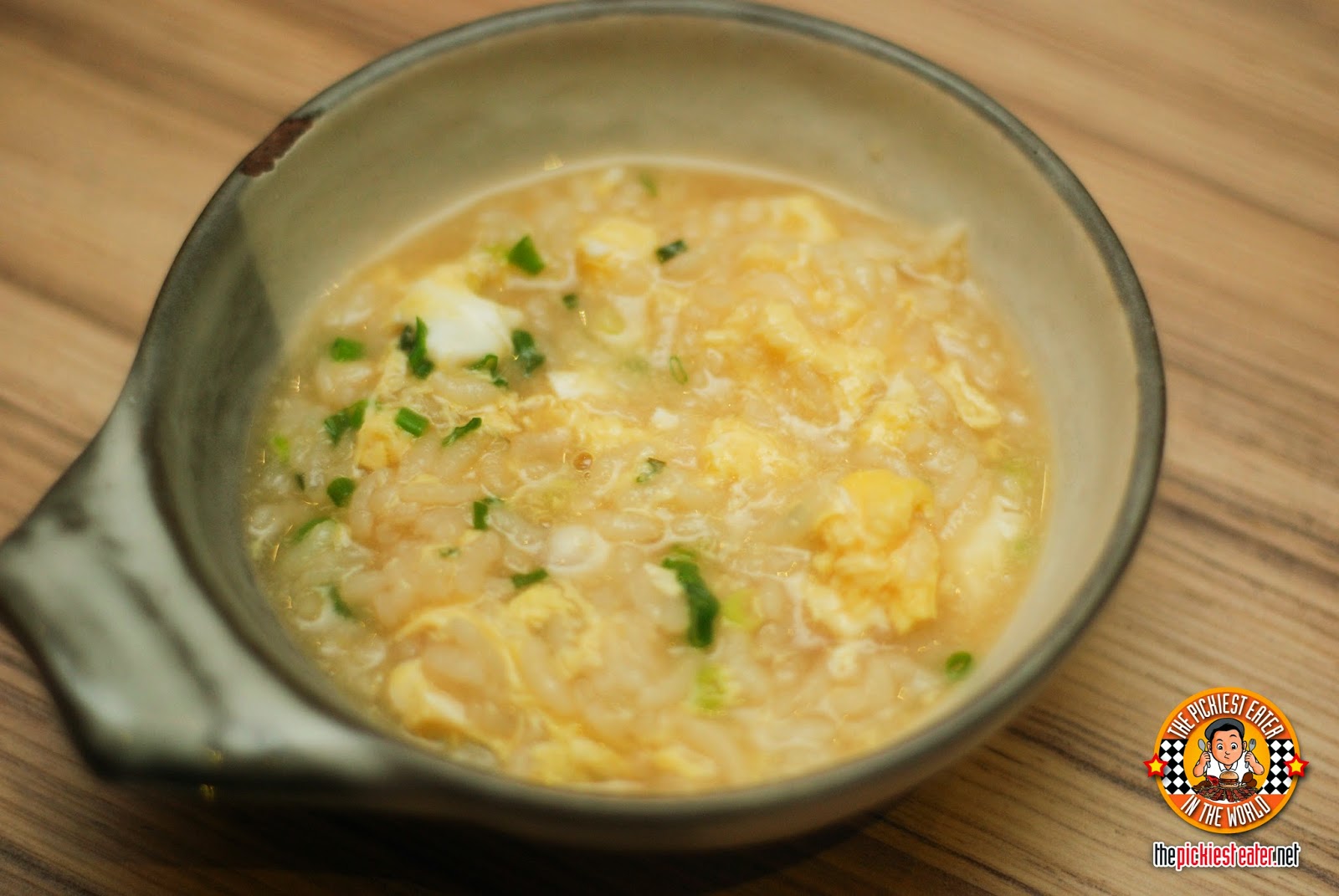 And lastly, congee fugu style! Using the remaining broth from the fugu hot pot, they combined some rice and eggs into one pot and stir it all together.  A perfect way to end the meal!

*Corrected* This Blowfish / Fugu Set is P3,800++ Per Person, with a group minimum of 3 to 4 people, inclusive of sashimi and hotpot. Since the Fugu is ordered from Japan, a minimum of 4 days reservation is required.

But of course, fugu is not the only thing they serve. Here are just some of the other dishes at Kitsho!: 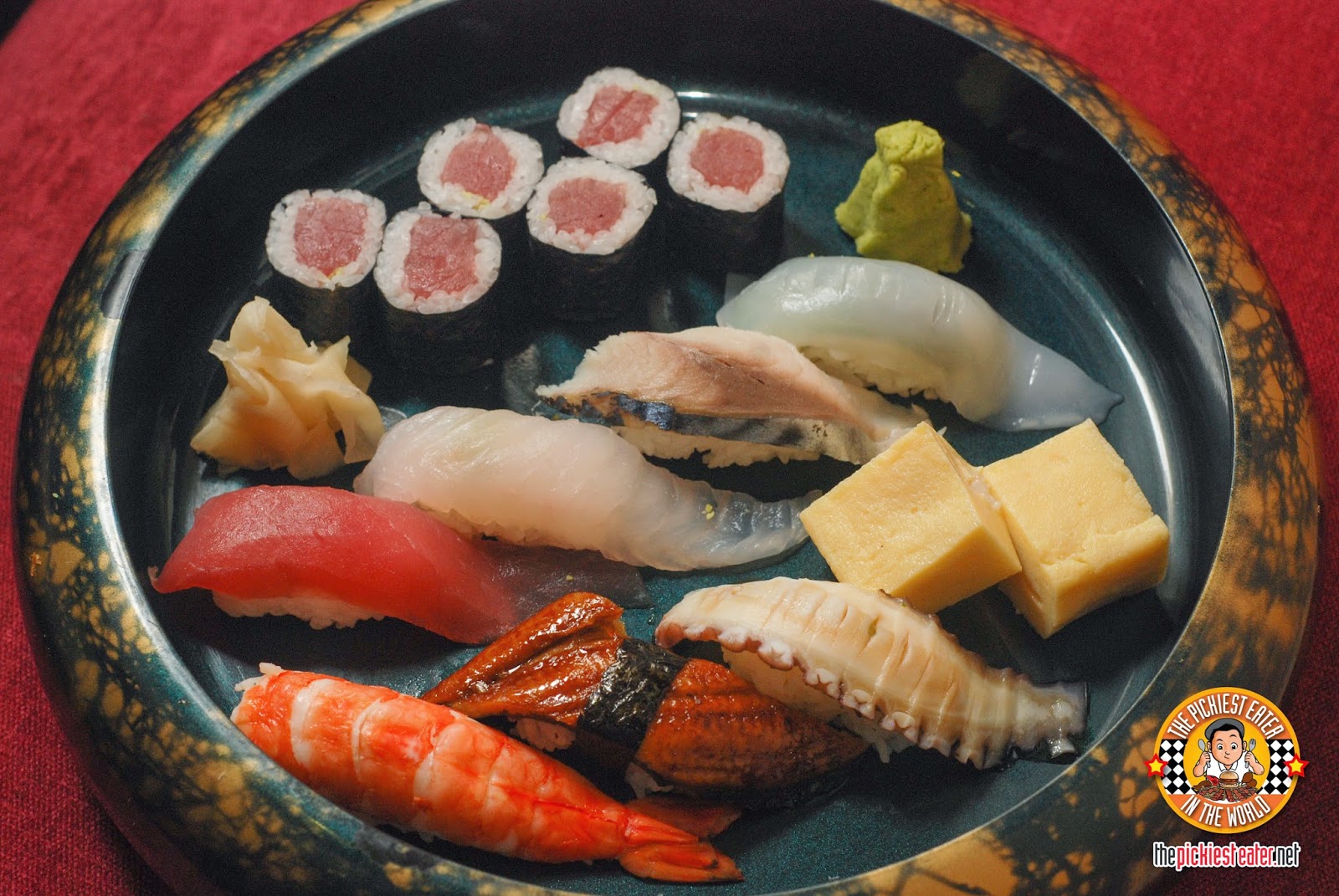 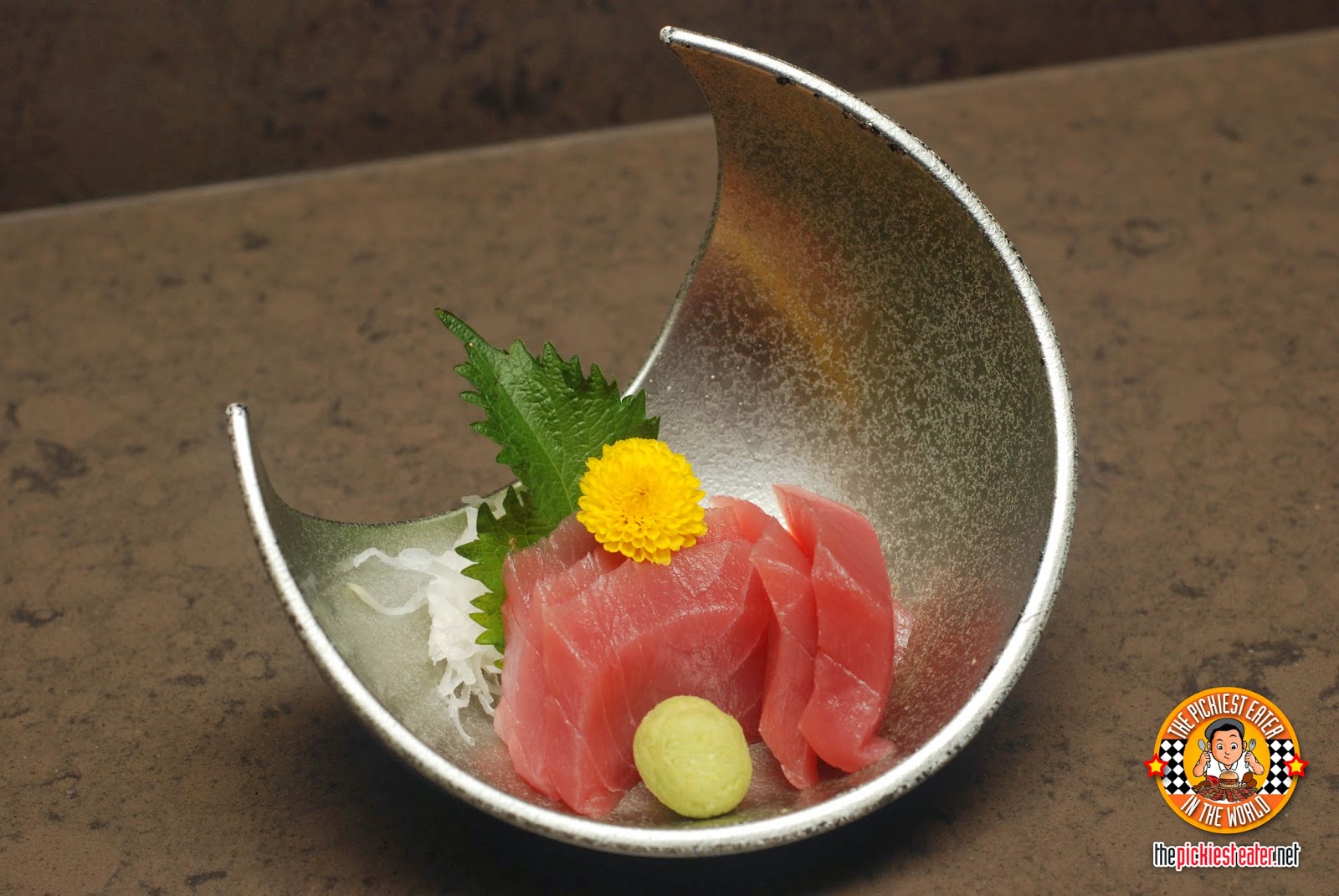 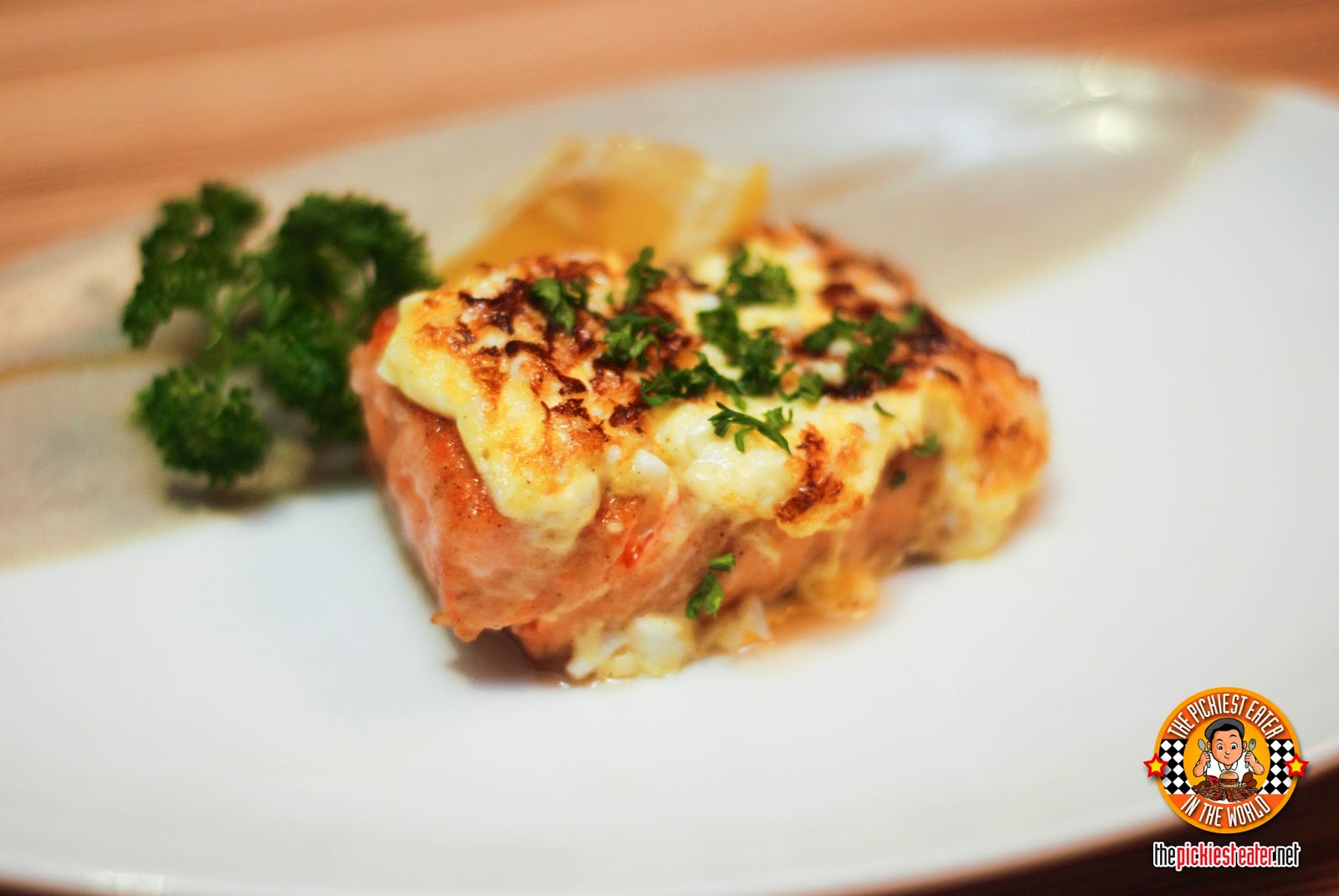 The Salmon Tartaryaki (P480++) is one of the group's favorite. It's salmon covered in some type of creamy thing that tastes like mayo and cheese to me that's why I liked it a lot! It goes well with the tartar sauce! 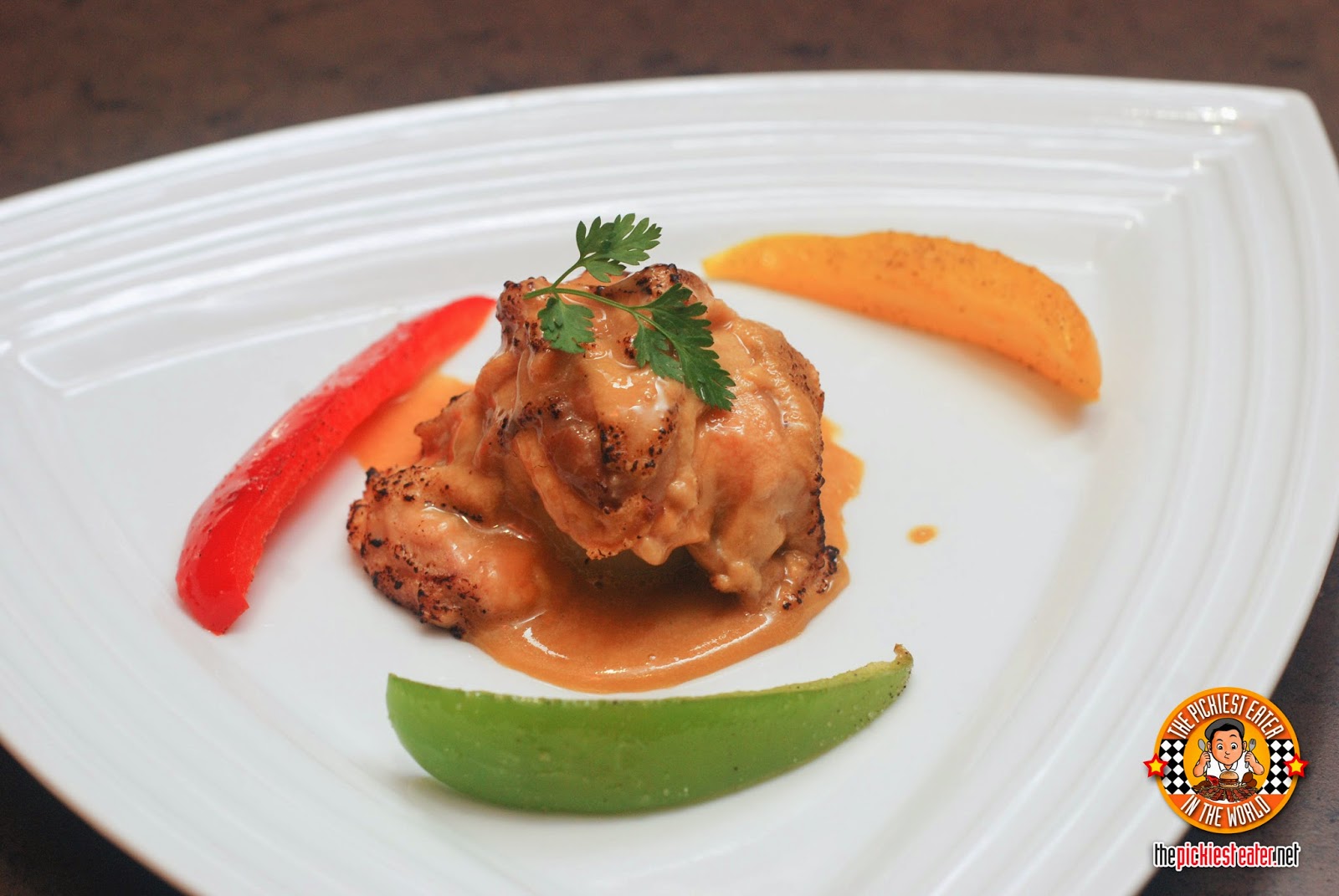 The Kaibashira Butter Shoyuyaki Uni Sauce (P480++) is a good scallop dish. I really enjoyed its creamy sauce. It was savory with a subtle sweetness! 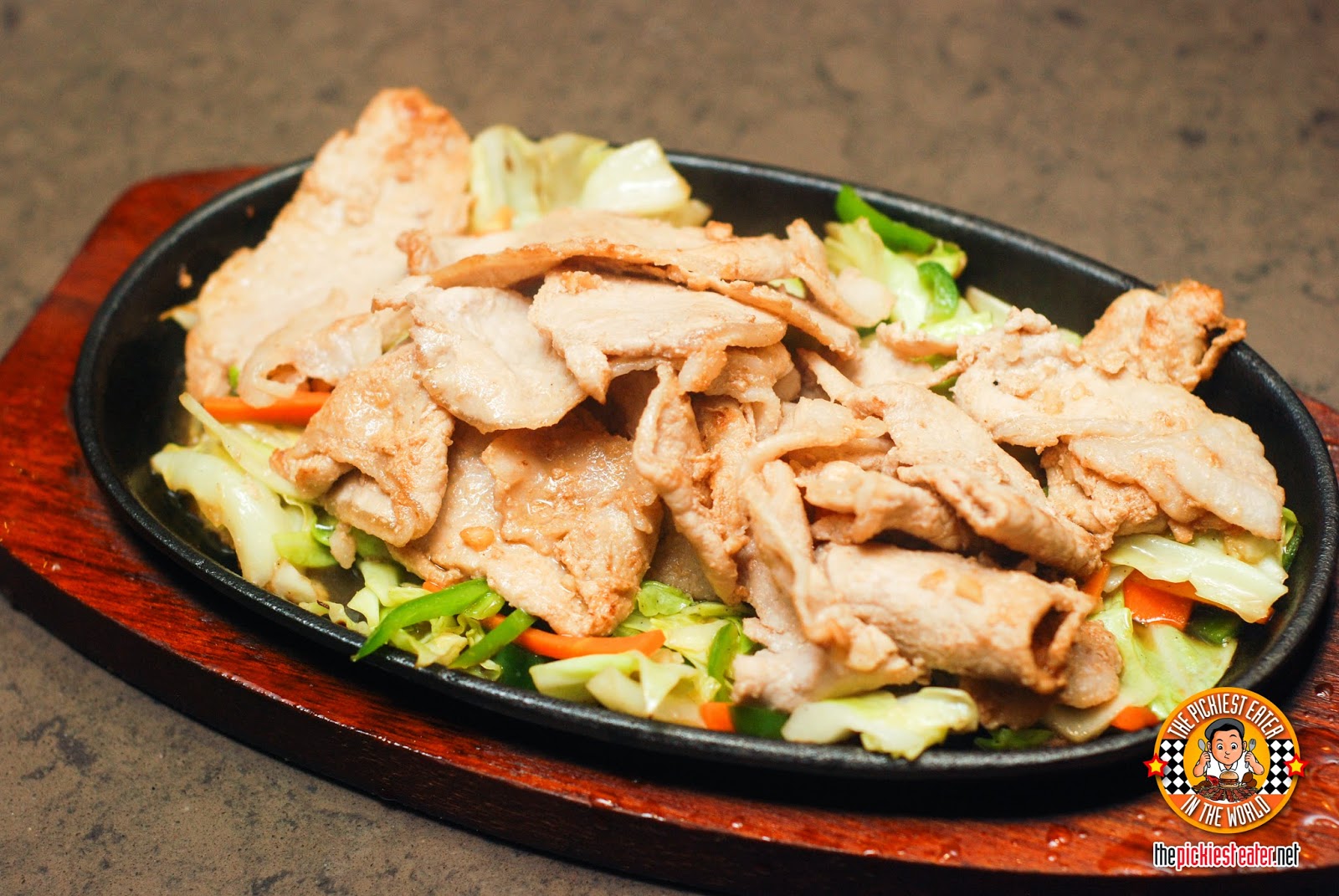 The Wanton Teppan Yaki (P380++) is very good considering it's made of waton organic pork. It's very tasty and I wouldn't have thought that it was organic. 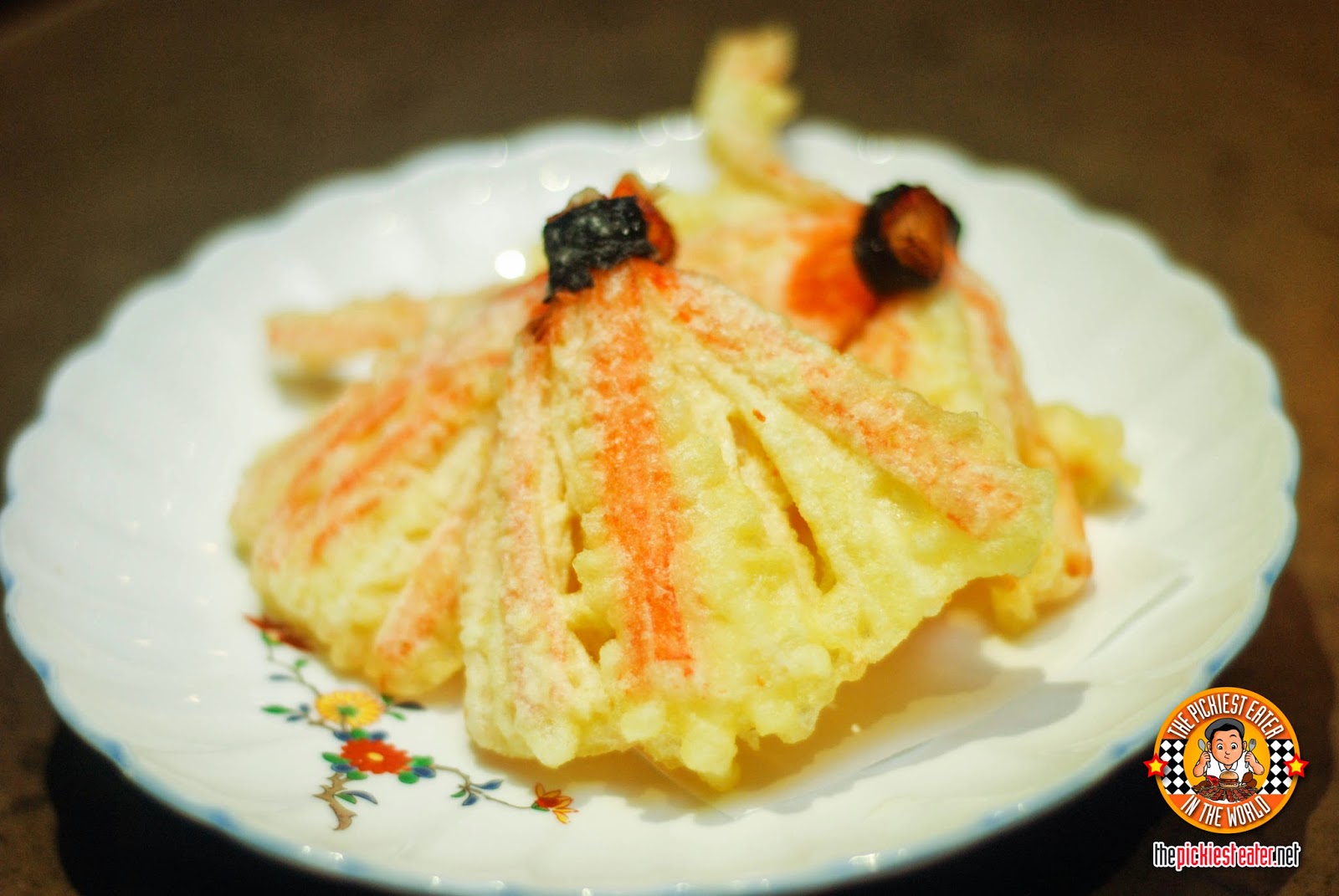 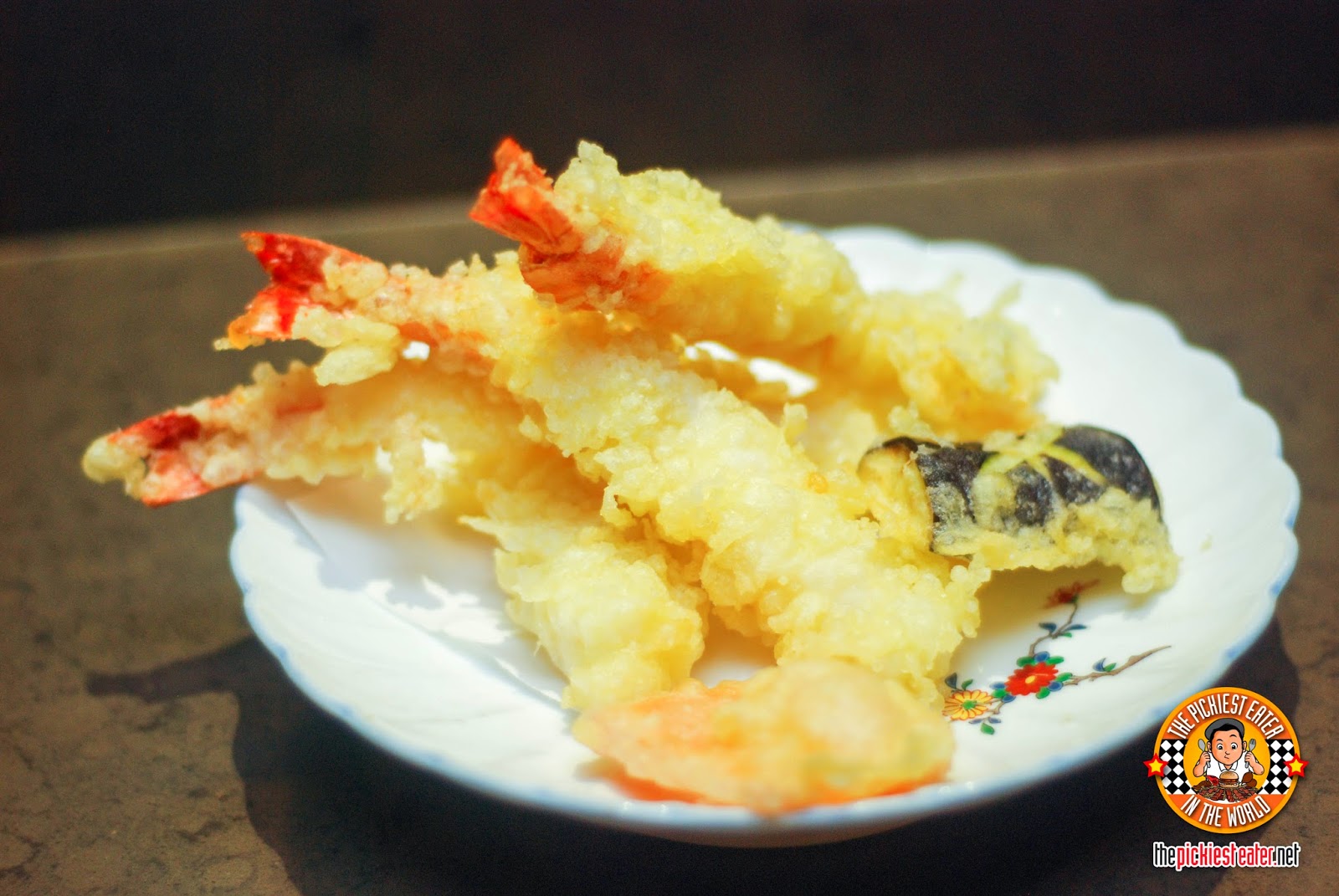 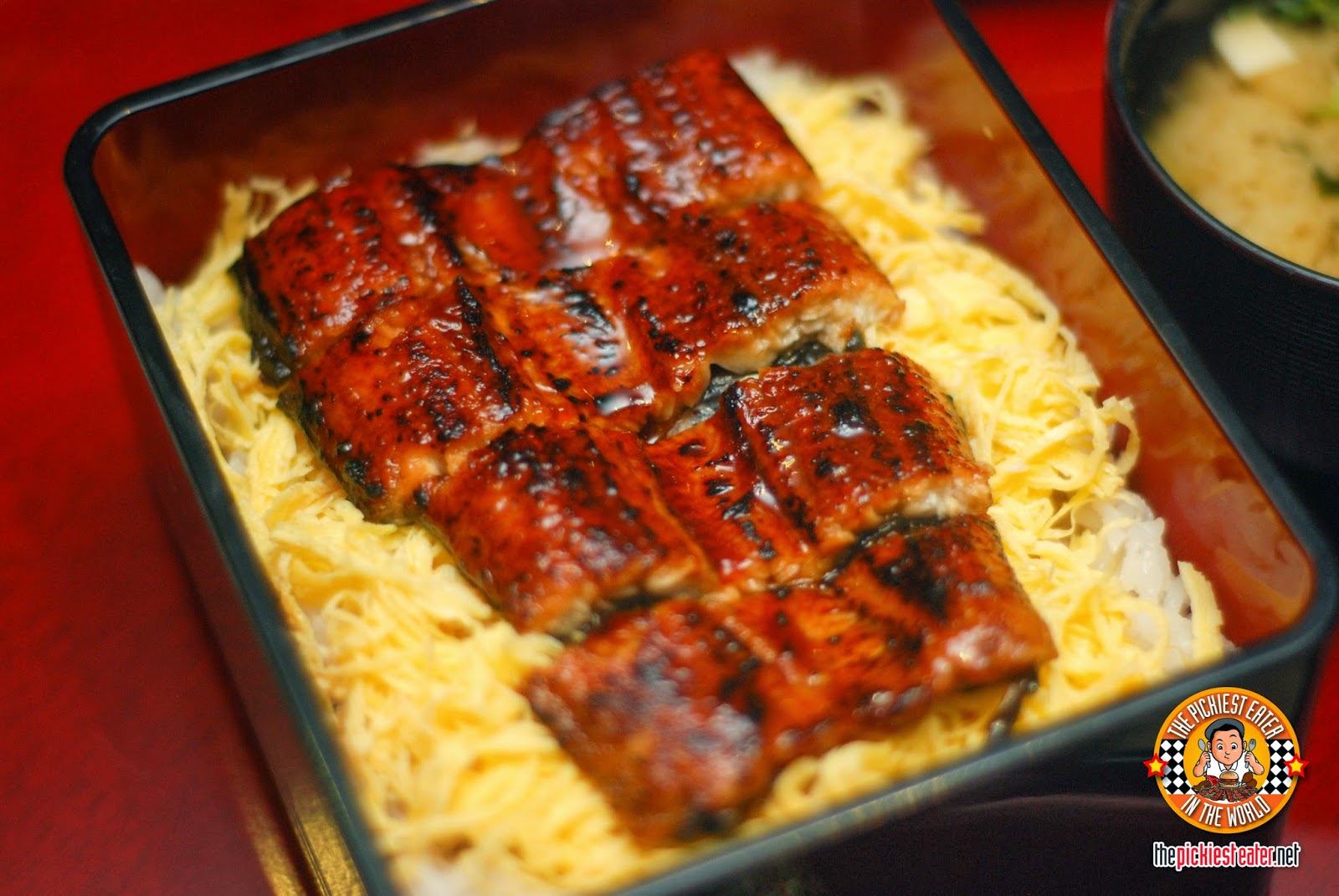 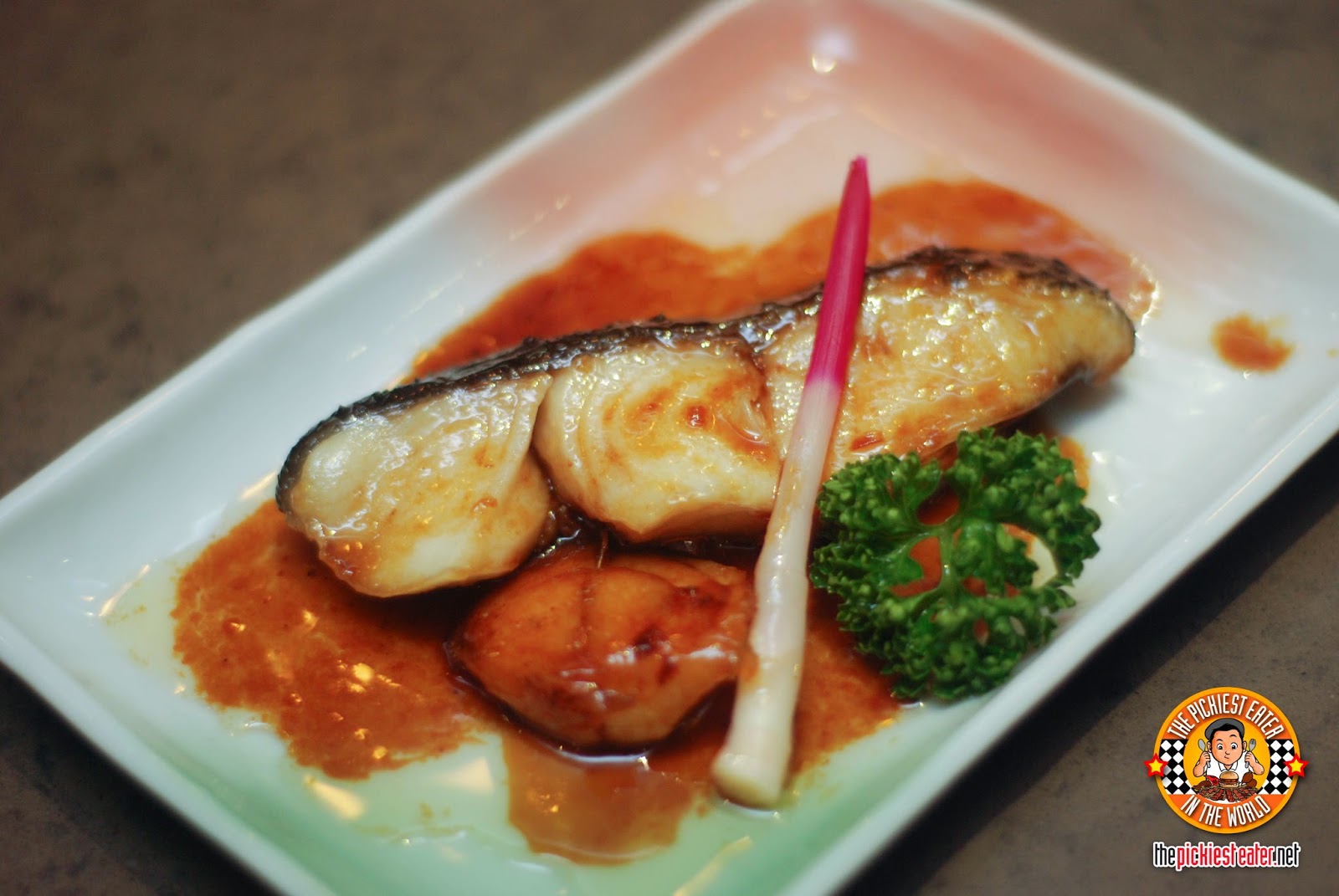 It was my first time to taste a Gindara Teriyaki (P750++) and it was so good! It had a buttery taste even though it wasn't cooked with butter at all. It's just the natural oils of the Gindara. Amazing! 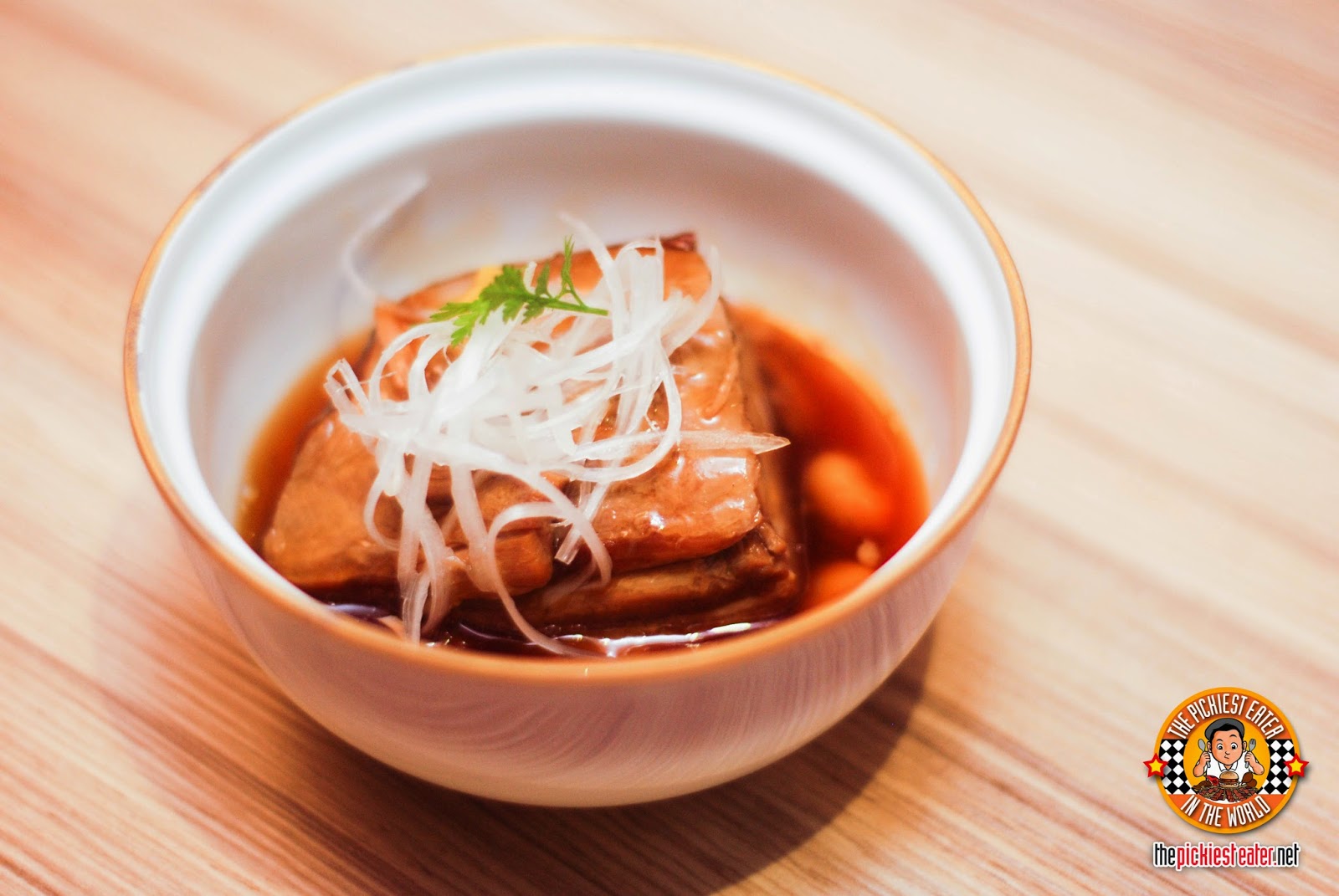 This is the Buta Kakuni (P350++) which is basically braised pork. I enjoyed this because of the fattiness hehe (I know it's not the healthiest but it's good! Fatty and sweet. Most likely something Richie will inhale in a millisecond. 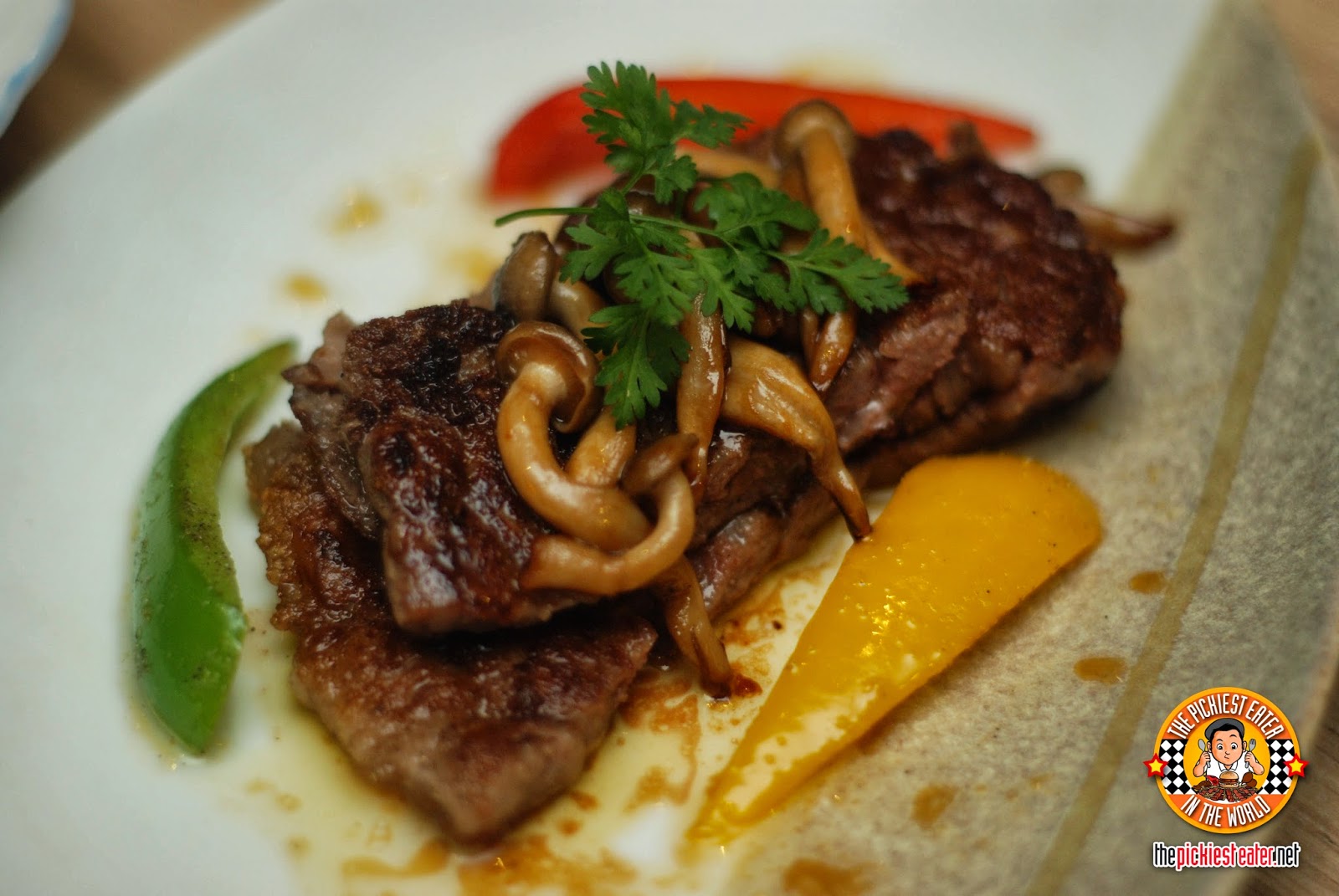 This is the Beef Tongue Misoya (P350++). I didn't get to try it because I was so full but doesn't it look good?


If you're in the area or you happen to check in at Trader's Hotel, Kitsho Japanese Restaurant and Sake Bar is really a must-try. It's not everyday you get to try eating a blowfish!
Posted by Unknown at 12:53 PM

Email ThisBlogThis!Share to TwitterShare to FacebookShare to Pinterest
Labels: authentic japanese, blowfish dishes, kitsho japanese bar and restaurant, traders hotel manila, where to eat blowfish, where to eat fugu, Where to eat in Manila