THE AMAZING FLAVORS OF KOREA AT YOREE KOREAN BBQ 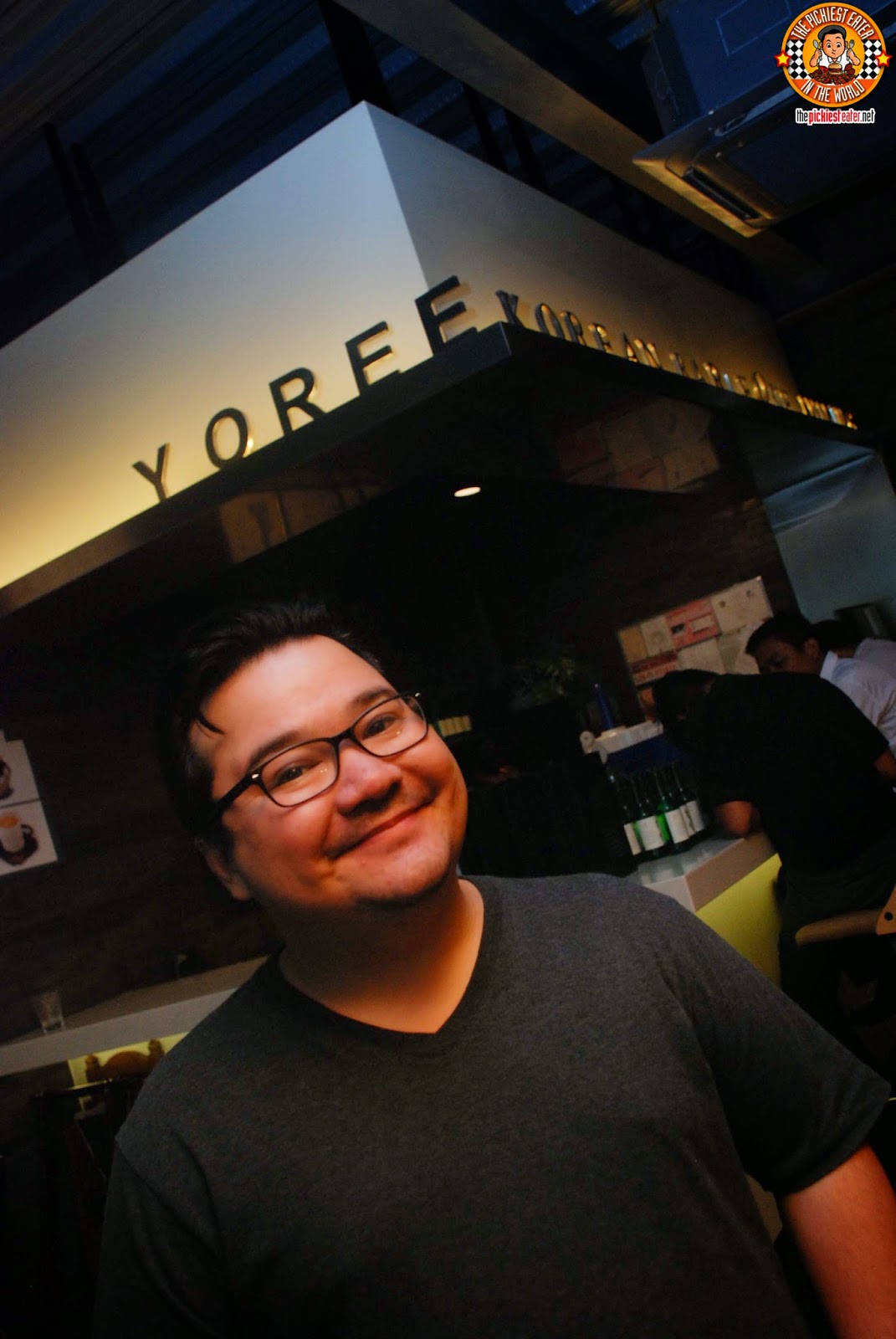 You know, I went to Korea early this year, and I had a wonderful time. It's truly a beautiful country that I would love to visit again in a heartbeat. But perhaps it was the places that we had gone to, but food-wise, none of the restaurants we went to really blew me away. In fact, you may have noticed, I haven't seen anything about it on my blog yet, and I'm actually thinking I might not bother writing it at all.

Not because I didn't enjoy the food there.. But because I think restaurant owners have done a great job of raising the standards of quality of the Korean food in their establishments here in the Philippines.

One such restaurant is one that you may not have heard of just yet, but believe me, once you try their excellent Korean food, you will inevitably be back over and over again. I'm speaking from experience because I've been back twice since. 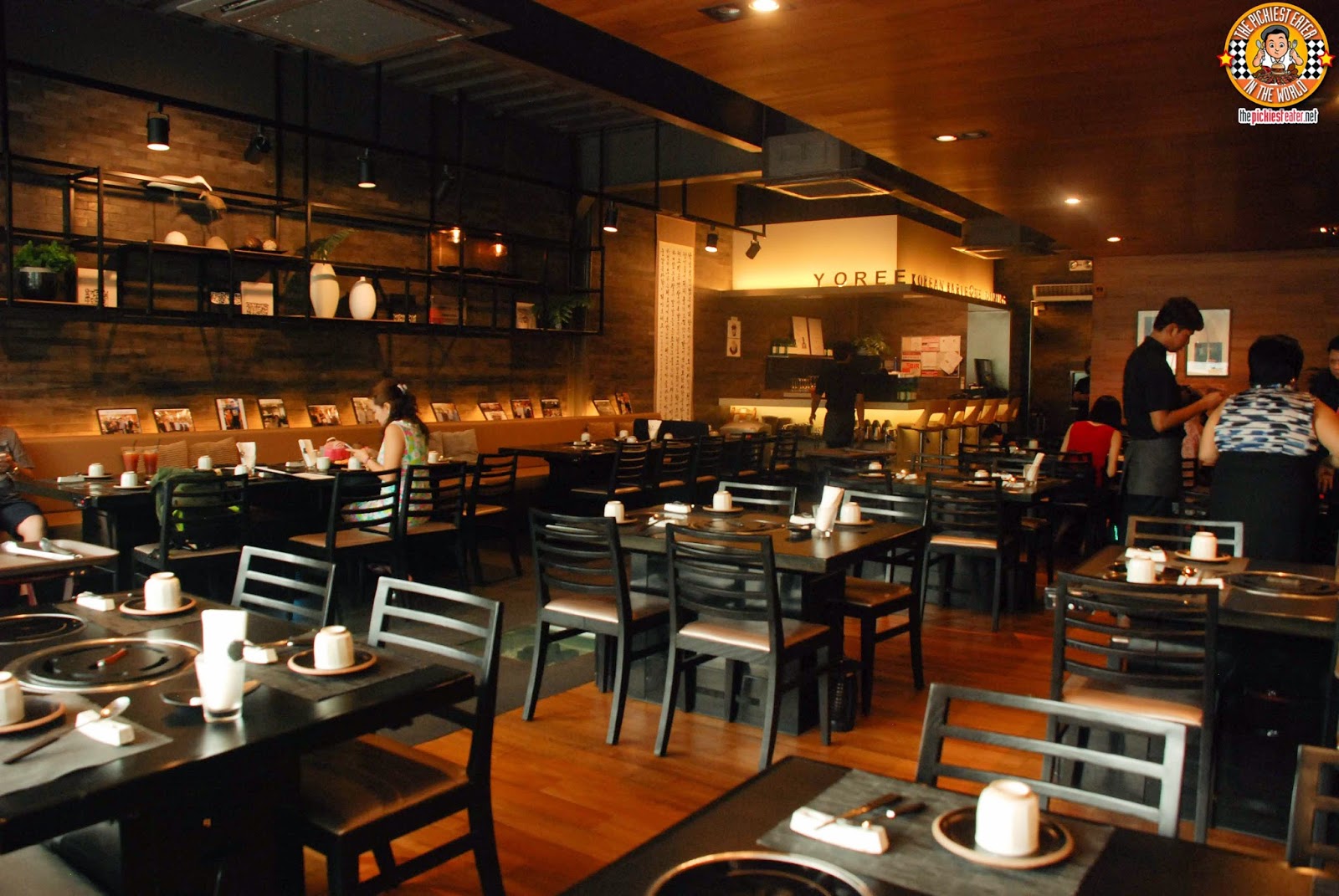 Located at Bonifacio Global City Forum, Yoree Korean Barbeque Dining is the latest restaurant to cater to the Filipino's love for all things Korean. They say the testament to the excellence of a restaurant is if their client base consists of customers from the featured cuisine's native land.

If that's the case, then Yoree knocked it out of the park. I've been there thrice already, and each time, the Korean customers outnumbered the Filipinos. 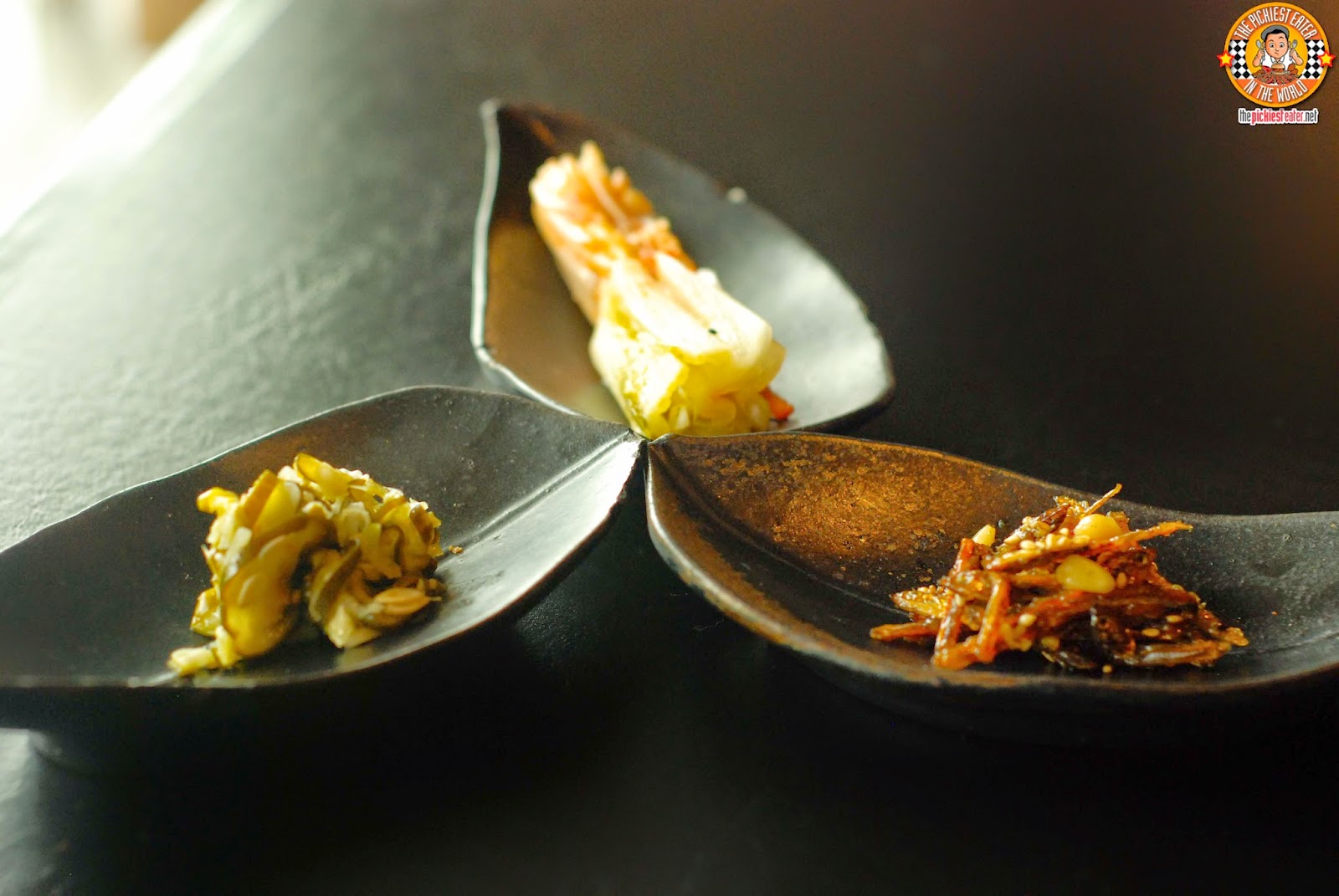 Just like other Korean restaurants in the metro, we were given a bunch of free appetizers, aka "Banchan". They only have three variants available, Kimchi, Pickles and Muchim (Caramelized fish). I was a little disappointed that they didn't have Mashed Squash like in Bulgogi Brothers, but it turned out to be a blessing disguise, because I saved up on much needed stomach space. 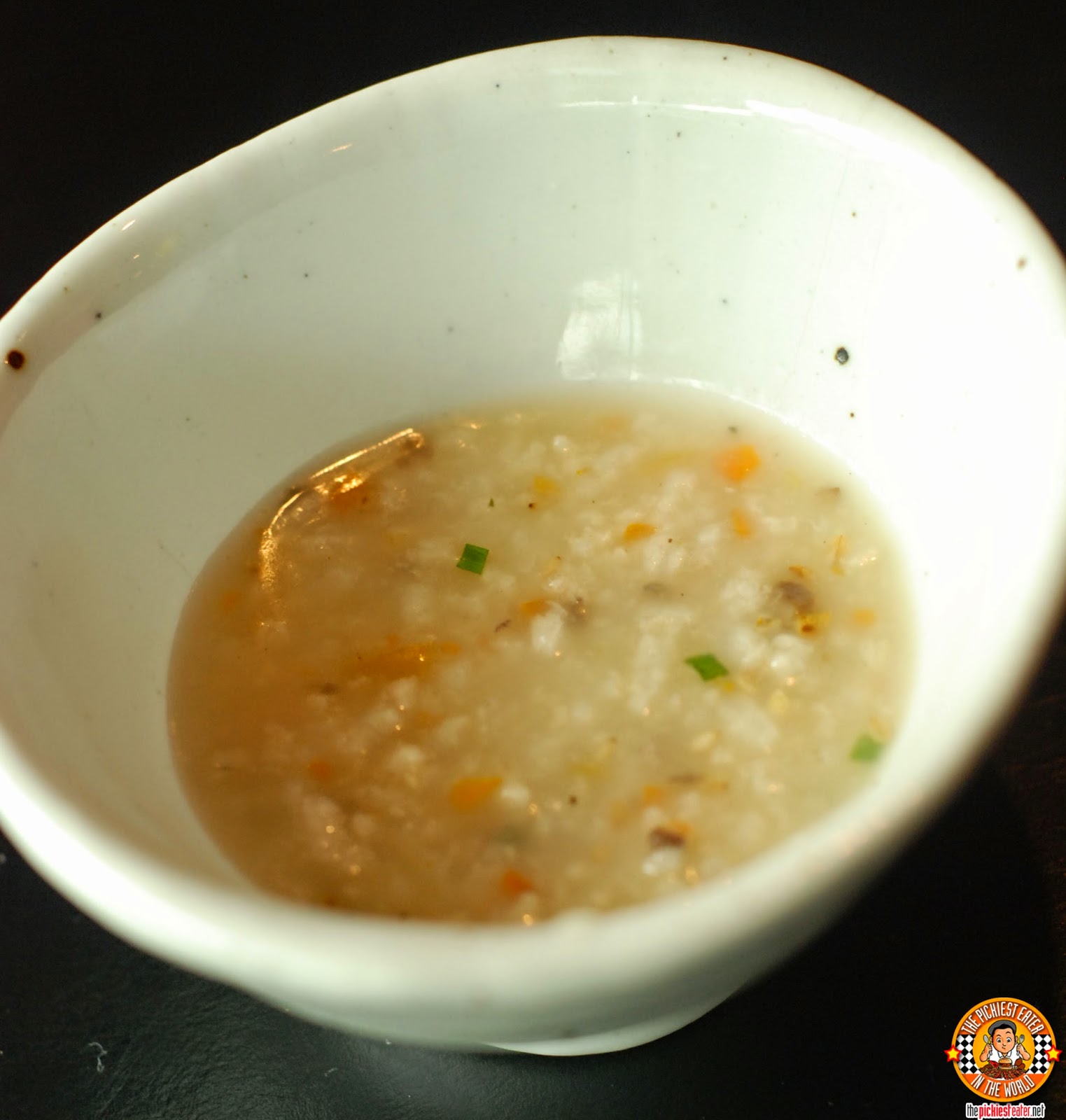 The meal began with a Korean traditional rice porridge called, "Juk". This was very similar to our Arroz Caldoz. It was very flavorful with just the right amount of saltiness to whet your appetite, but without any meat, thus keeping light and not spoiling the meal to come. 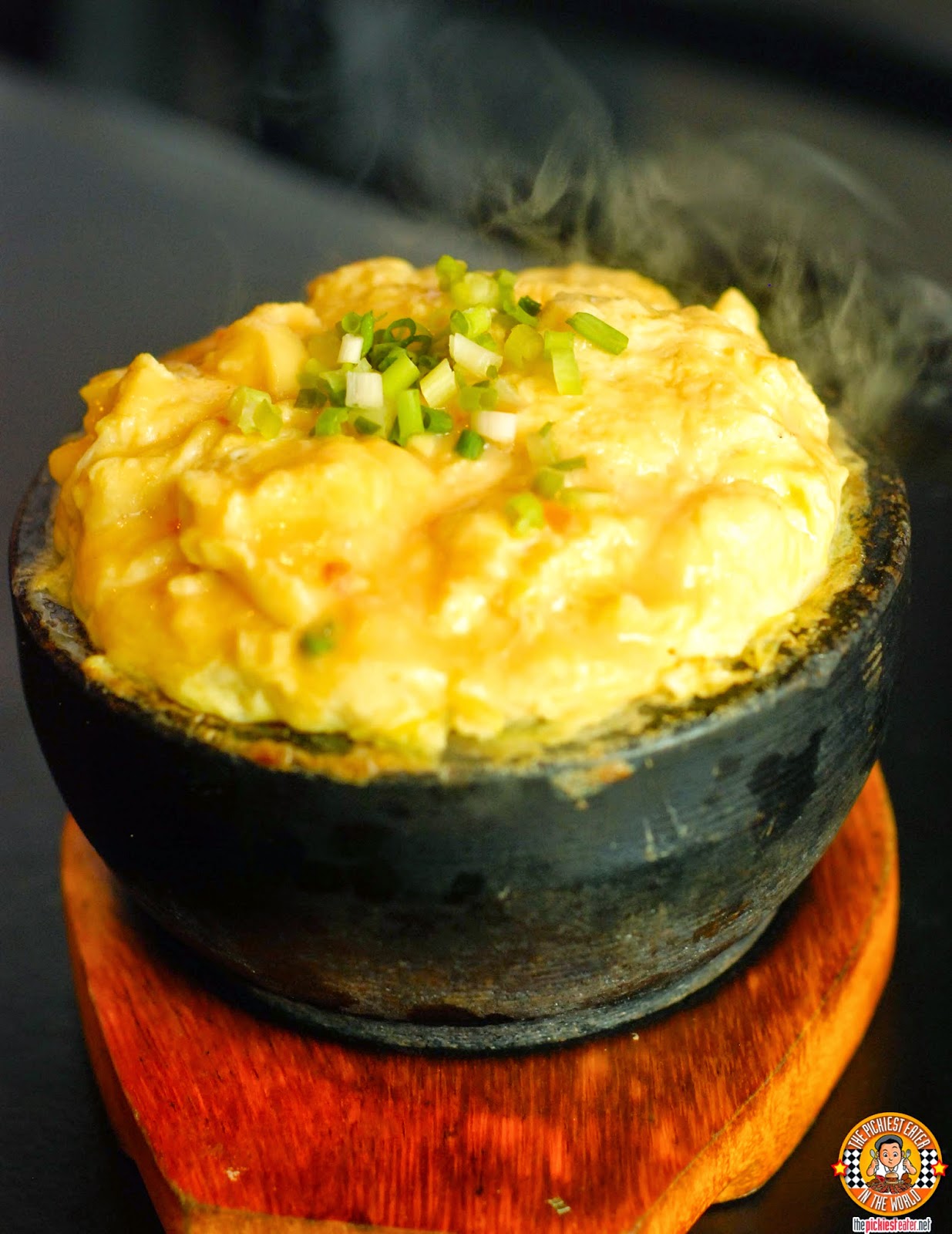 You wouldn't think that you would order scrambled eggs at a Korean restaurant, but if it's anything like Yoree's GYERAN JJIM (P130), trust me, it's going to be a regular choice. This steamed egg on hot stone dish was light, and fluffy, and just about goes with everything that you order. 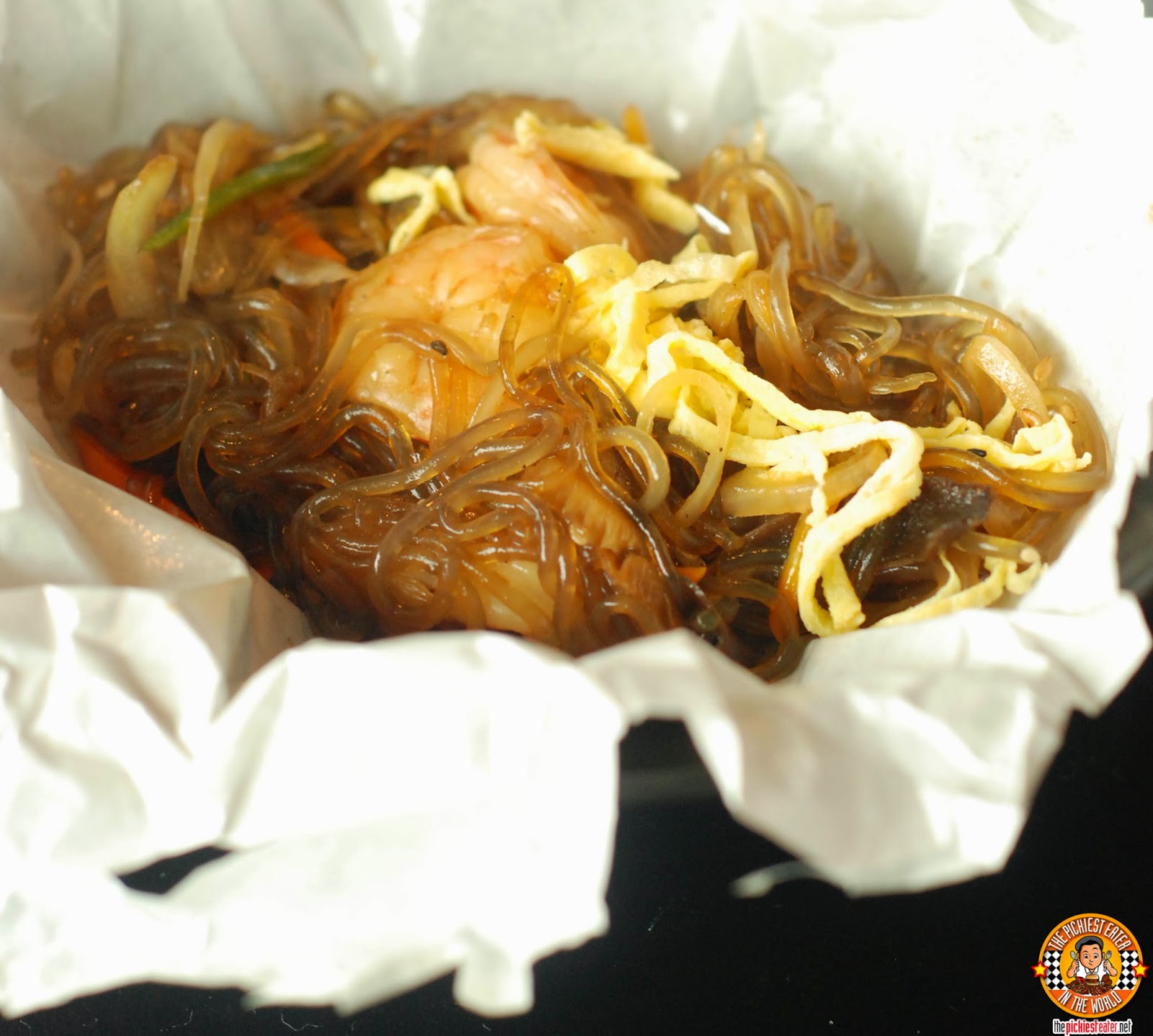 My brother is nowhere as picky as me, but he does have high standards when it comes to food. It took all of five seconds for him to declare, "This is probably the best Jap Chae I've ever had", after only one spoonful.

The springy noodles are wrapped in wax paper bag, which ensures the flavor are kept inside (or as Joey Tribbiani would say, "Nothing sucks up the taste Units"). The Seafood Jap Chae (P250), is peppered with plump shrimps and other seafood. 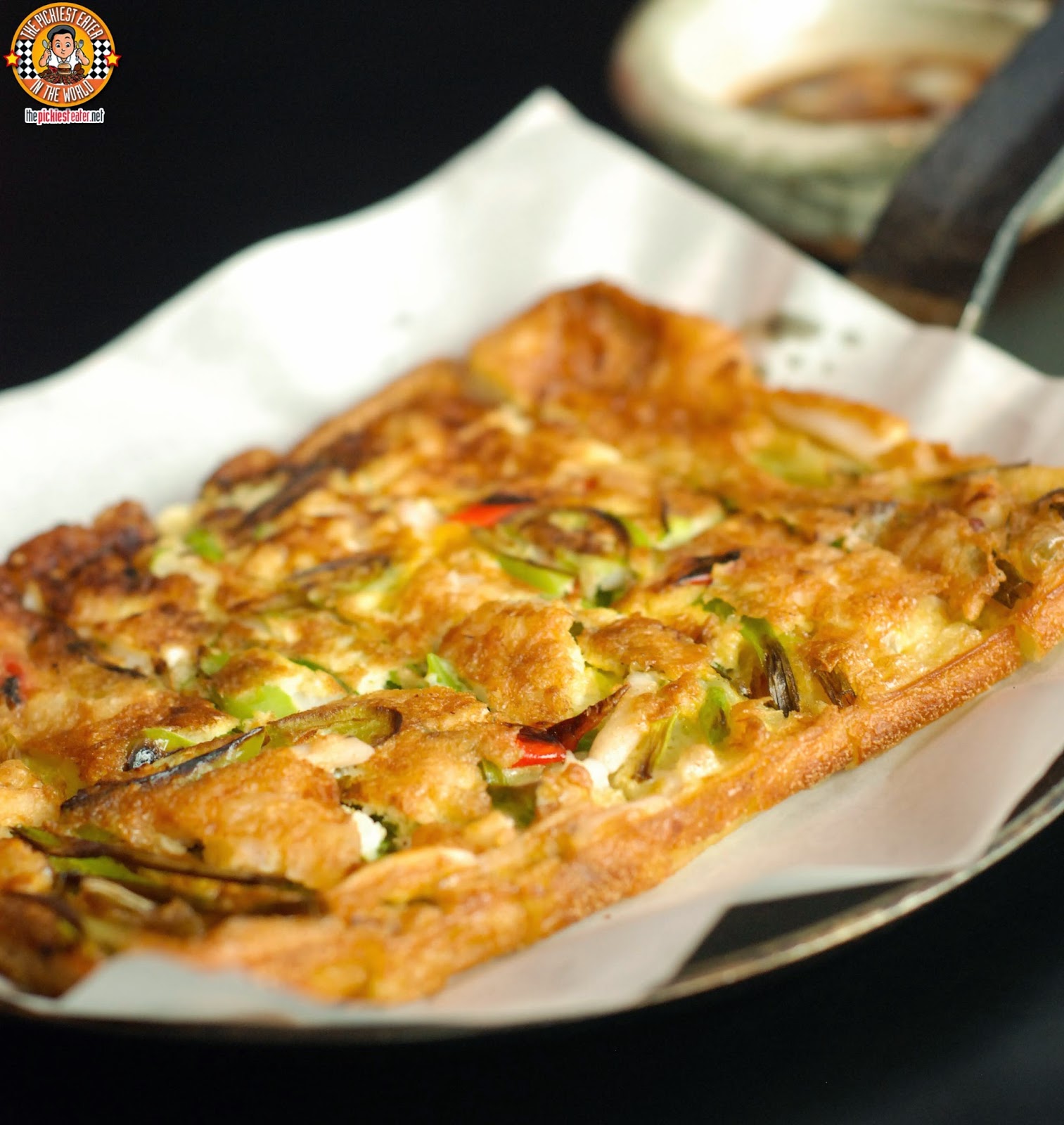 I don't know if you know this, but I'm not too big on seafood. I actually only eat fish. But when I dug into the Hae Mool Pa Jeon (P200) - a seafood pancake, I had complete disregard for the components in it. The pancake was filled with clam meat, octopus, shrimp (See? Ignorance is bliss) and green onion, not to mention bits of chili for an added kick of heat. 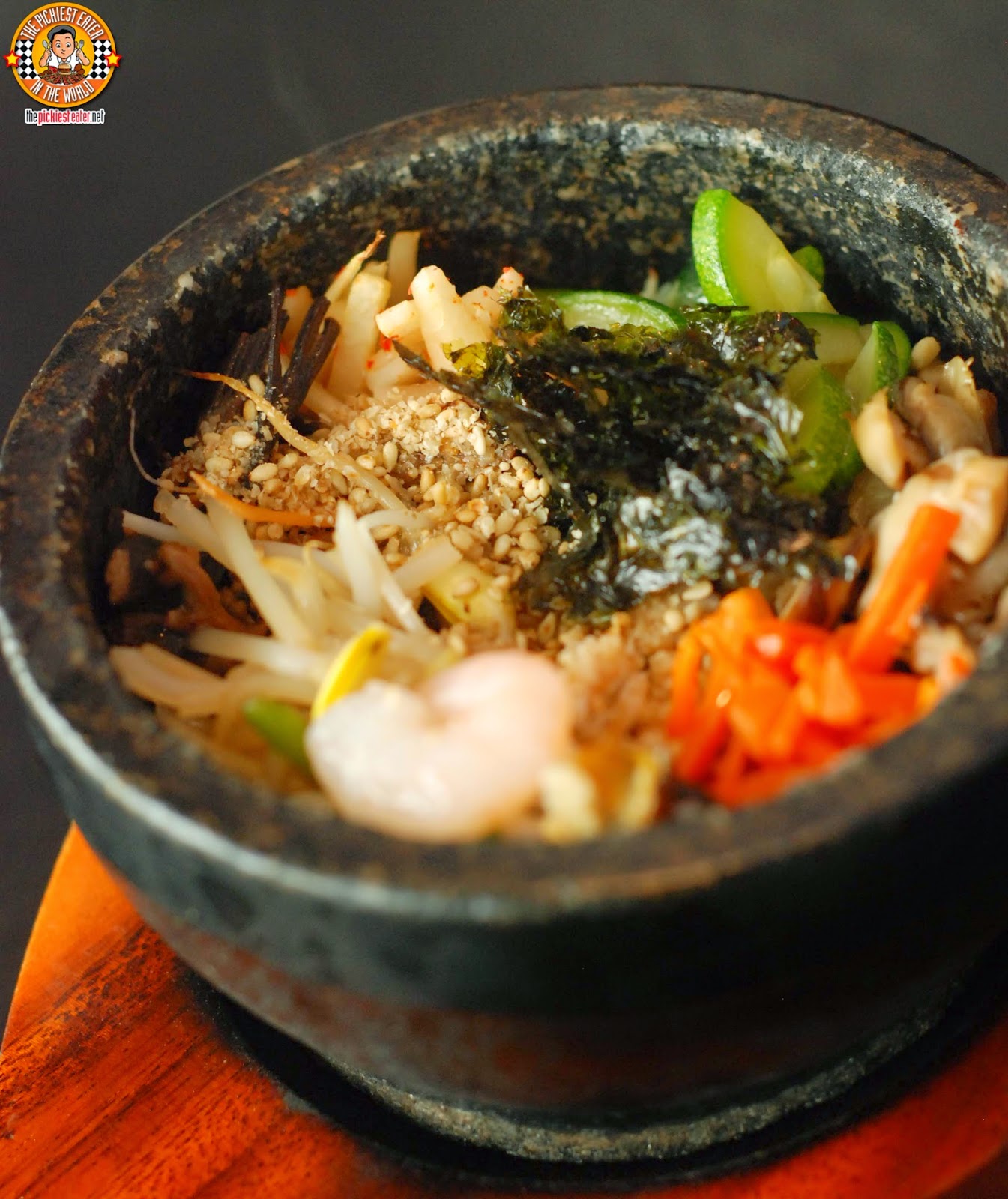 I've never been a big fan of Bibimbap, mainly because I don't usually like anything with cucumbers and seaweed. But I have to admit that Yoree's Jeonju Dol Sot Bibimbap (P380) is definitely among the better ones I've tried. It still had a medley of vegetables in a hot  that would bring a smile to the face of any veggie lover. But it was also infused with a bit of beef and grated cheese to make things interesting. 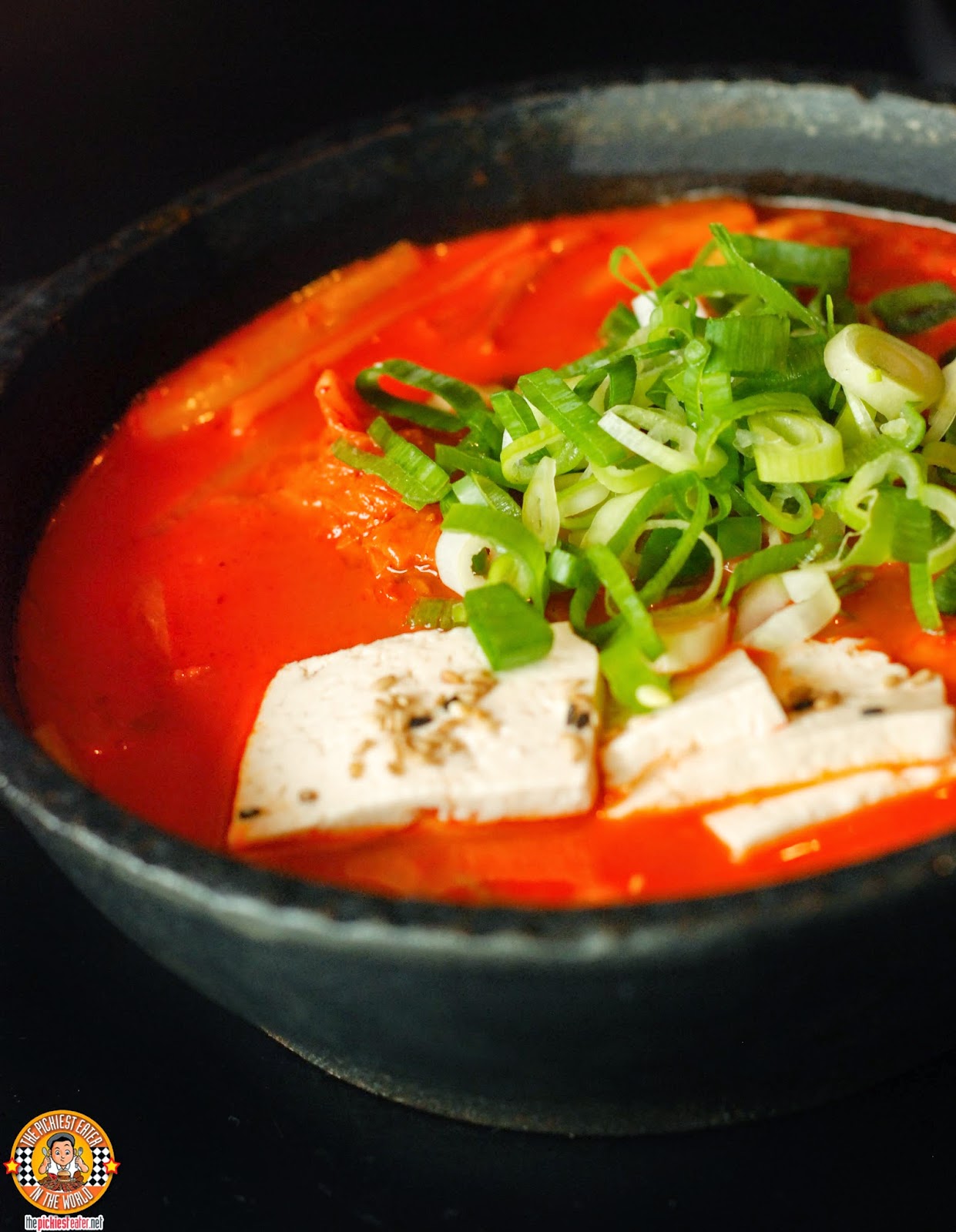 At first glance at the Haemool Soon Tofu (P380), I was expecting a fiery hot soup, but a quick taste of it proved otherwise. This seafood soup had a touch of acidity to it, as well as a punch of heat, without being too overwhelming. The fat cuts of silky tofu adds a little bit of richness to the dish. 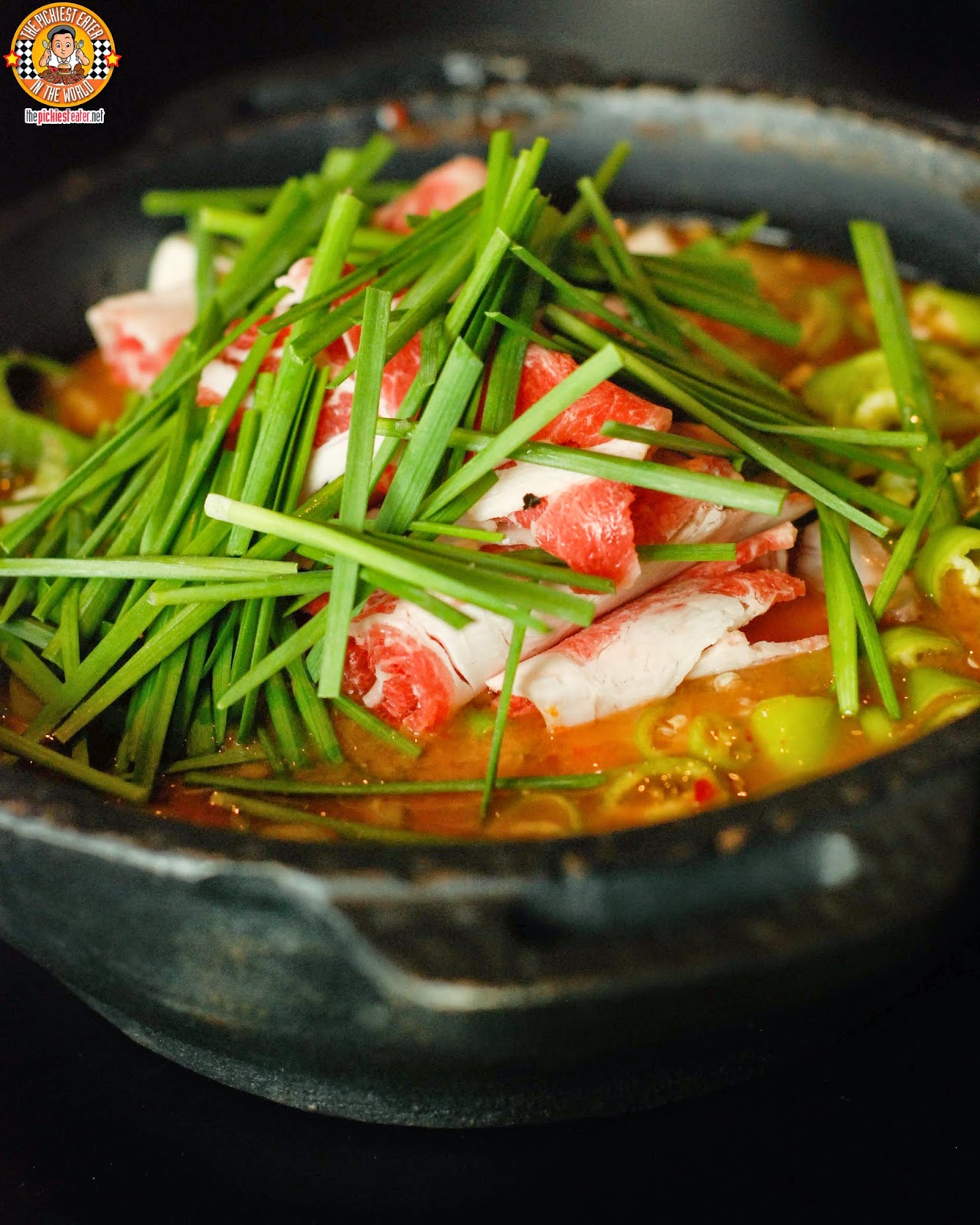 When it came to the soups, I preferred the Chadol Duinjang Jjigae (P380). This had sliced chilis in the soup, giving it a stronger kick of spiciness, and topped with thin slices of premium raw beef that gets cooked while simmering in its own broth. The fat of the beef virtually melts into the soup, giving the soup an added savoriness.

The *bleep* just got real when they brought out the first batch of meats to be Barbecued. 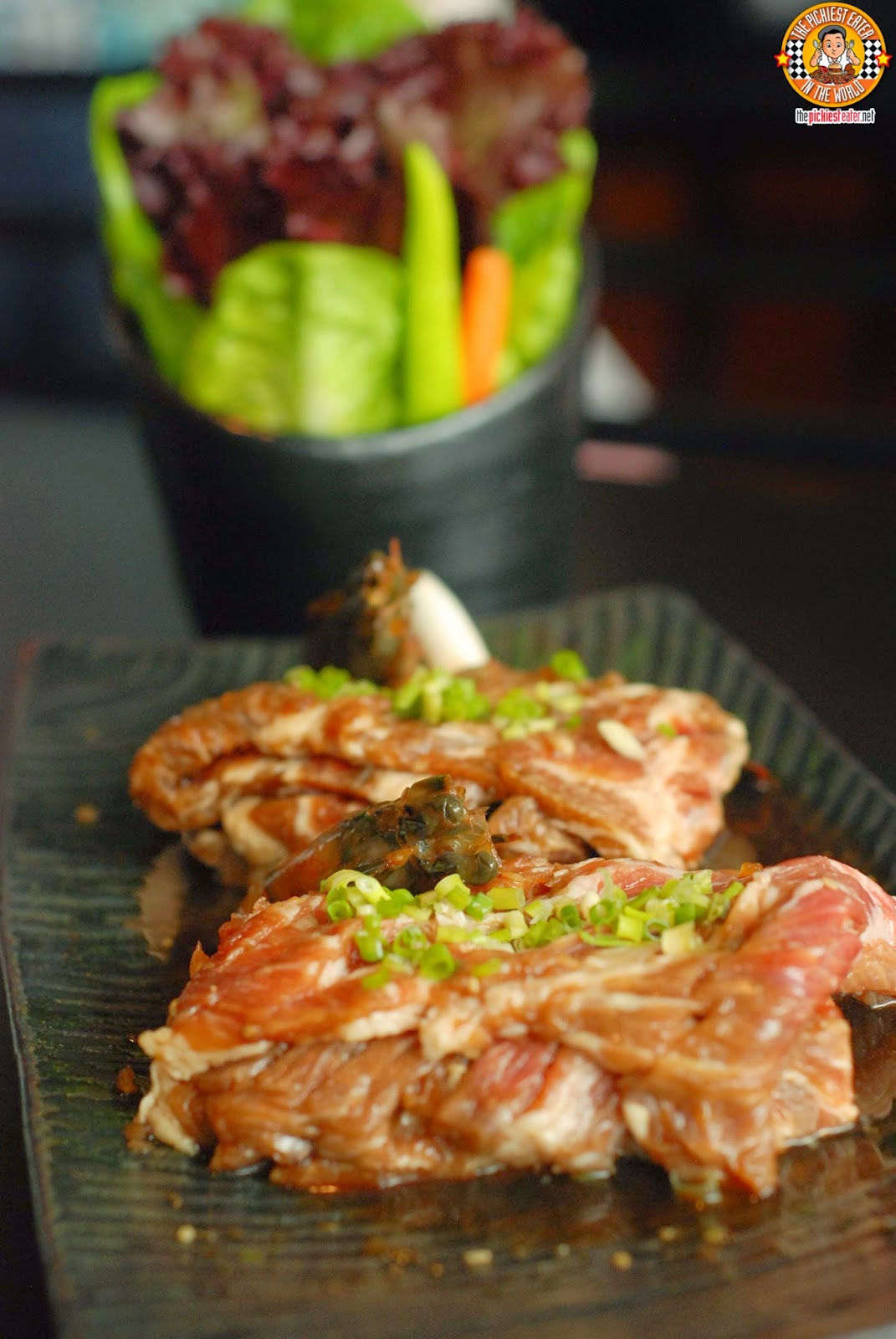 We began with the Yangnyum Galbi (P580 for 280g), which was a Beef short rib platter with a couple of shrimps and a side of vegetables which you may use to turn your Beef into a " Korean Wrap".

The meat is laid out on the grill that is embedded in the center of your table. The grill is specially designed so that the smoke is sucked in downward, making sure you don't leave the restaurant smelling like beef.

The short ribs are immaculately tender, and is marinaded for hours, giving the meat a sweet, almost fruity tinge. 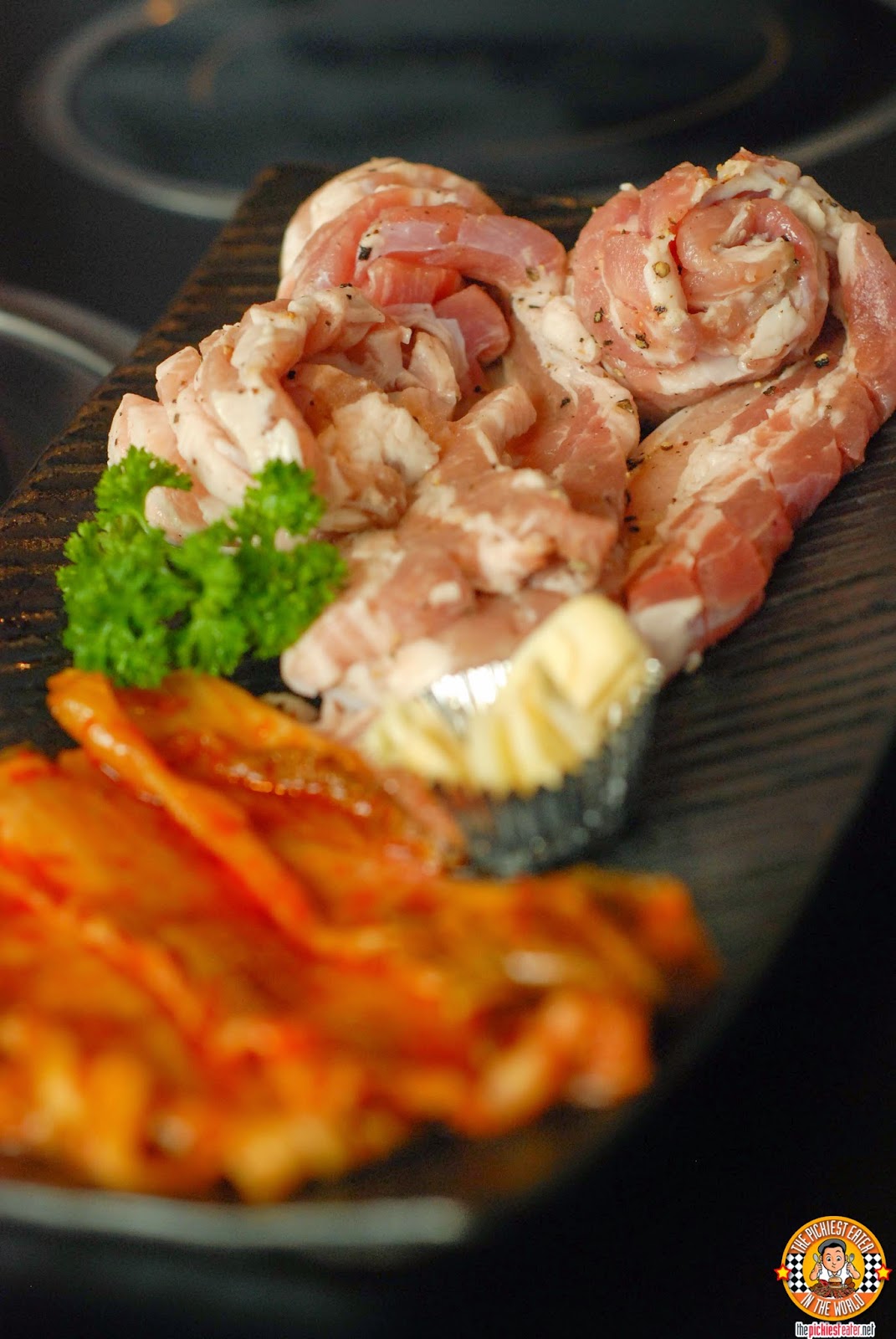 The SAMGYUPSAL (P380 for 150g) is your classic Pork Belly, seasoned with a bit of salt and pepper, and served with Yoree's trademark Kimchi and buttered garlic. 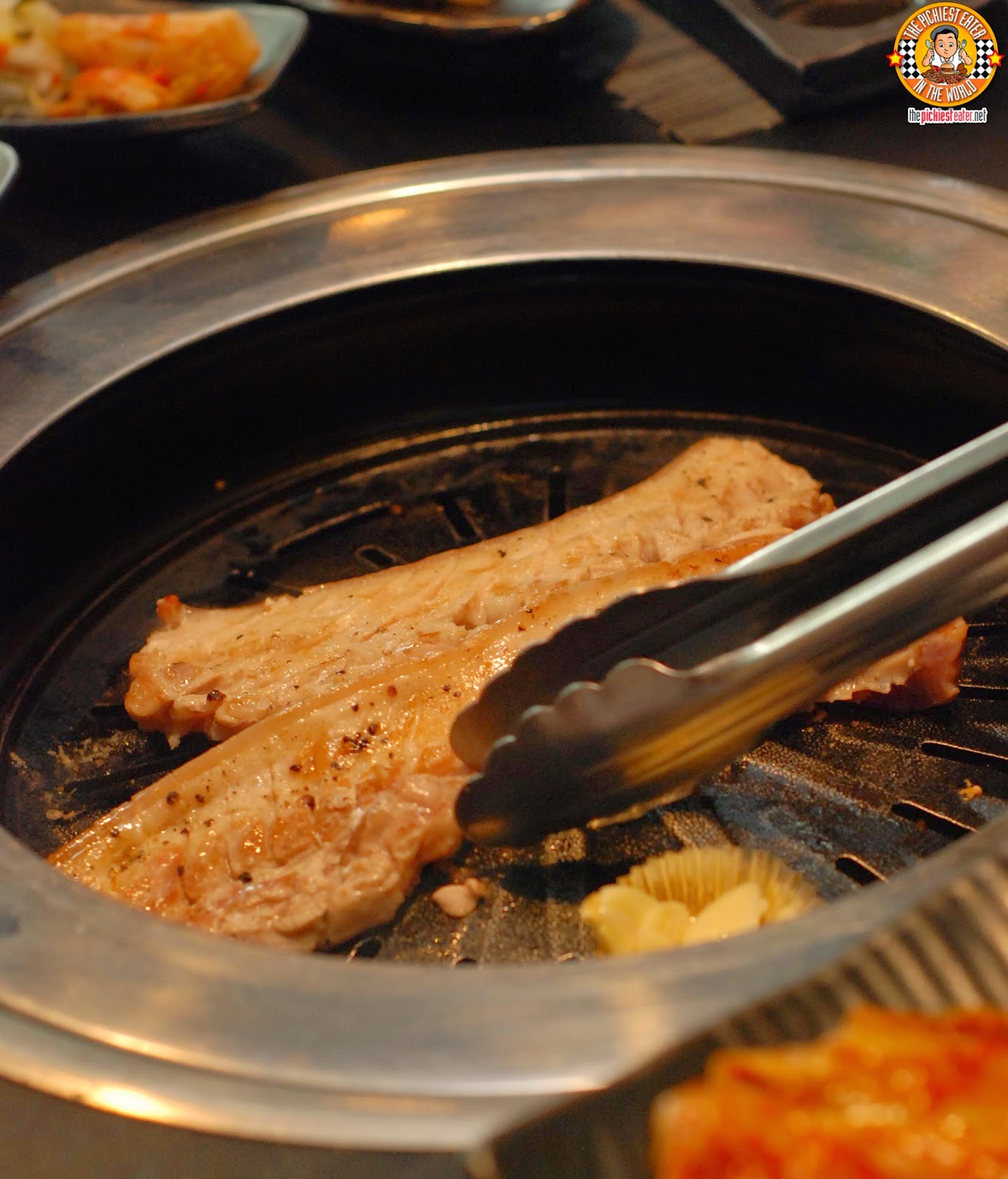 The sound of the pork sizzling on the grill was music to my ears. The buttered bulbs of garlic bubbling in the small silver foil emitted an appetizing fragrance over the meat. 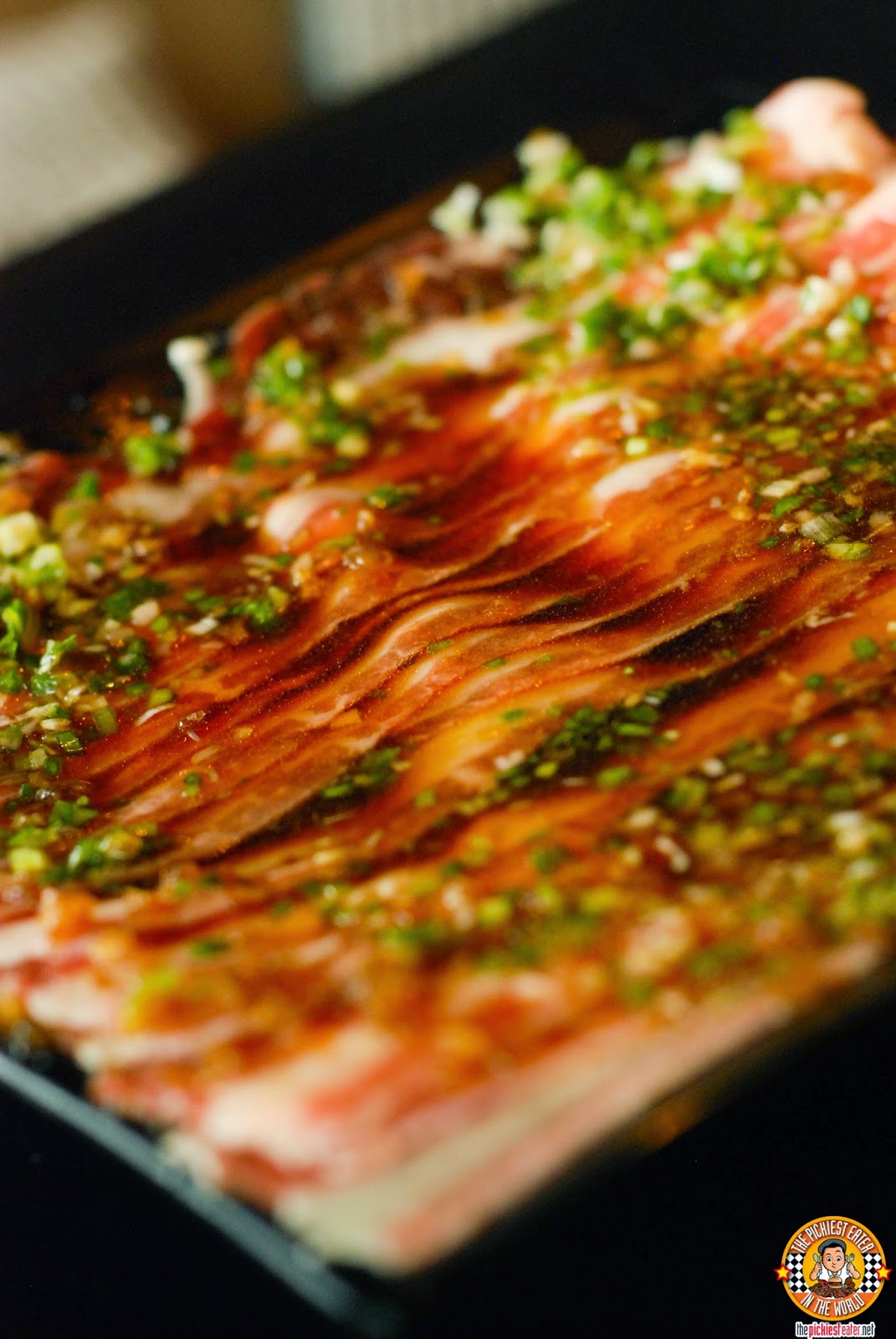 It shocked no one that I absolutely loved the Woo Samgyup (P320 for P150g), especially since it was the closest thing to bacon in Yoree's menu. Thin slices of delectable beef belly that is doused in Yoree's in house marinade. The fine slices allows the meat to be cooked in 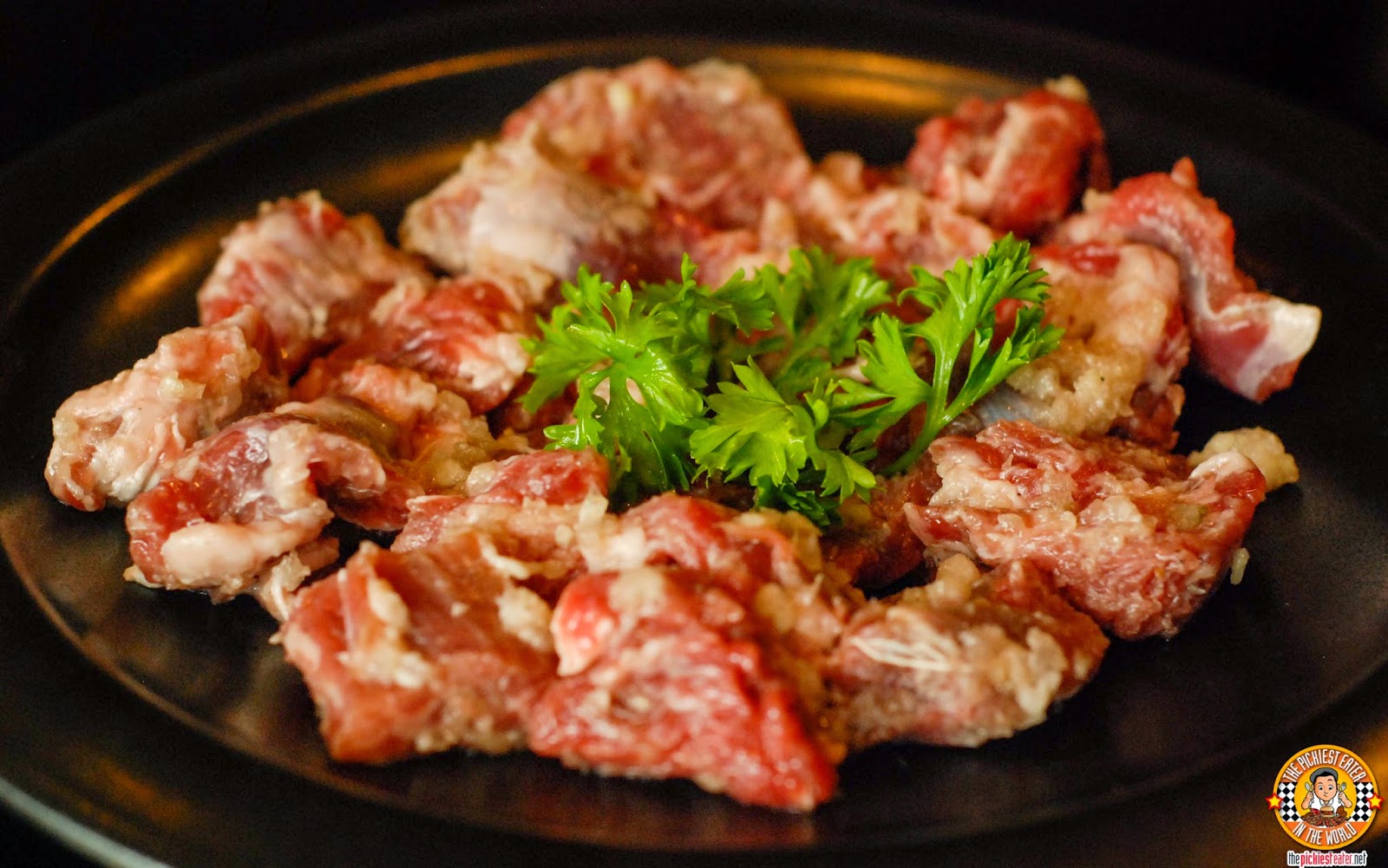 Yoree's Jumellok (P480) is one of the best pieces of meat you will ever eat in your entire life. The beef is massaged for 2 hours (lucky bastard) before being sliced up and rub with salt sugar, and served into a platter (Hmm.. Ok I take that back.. Maybe not so lucky after all). 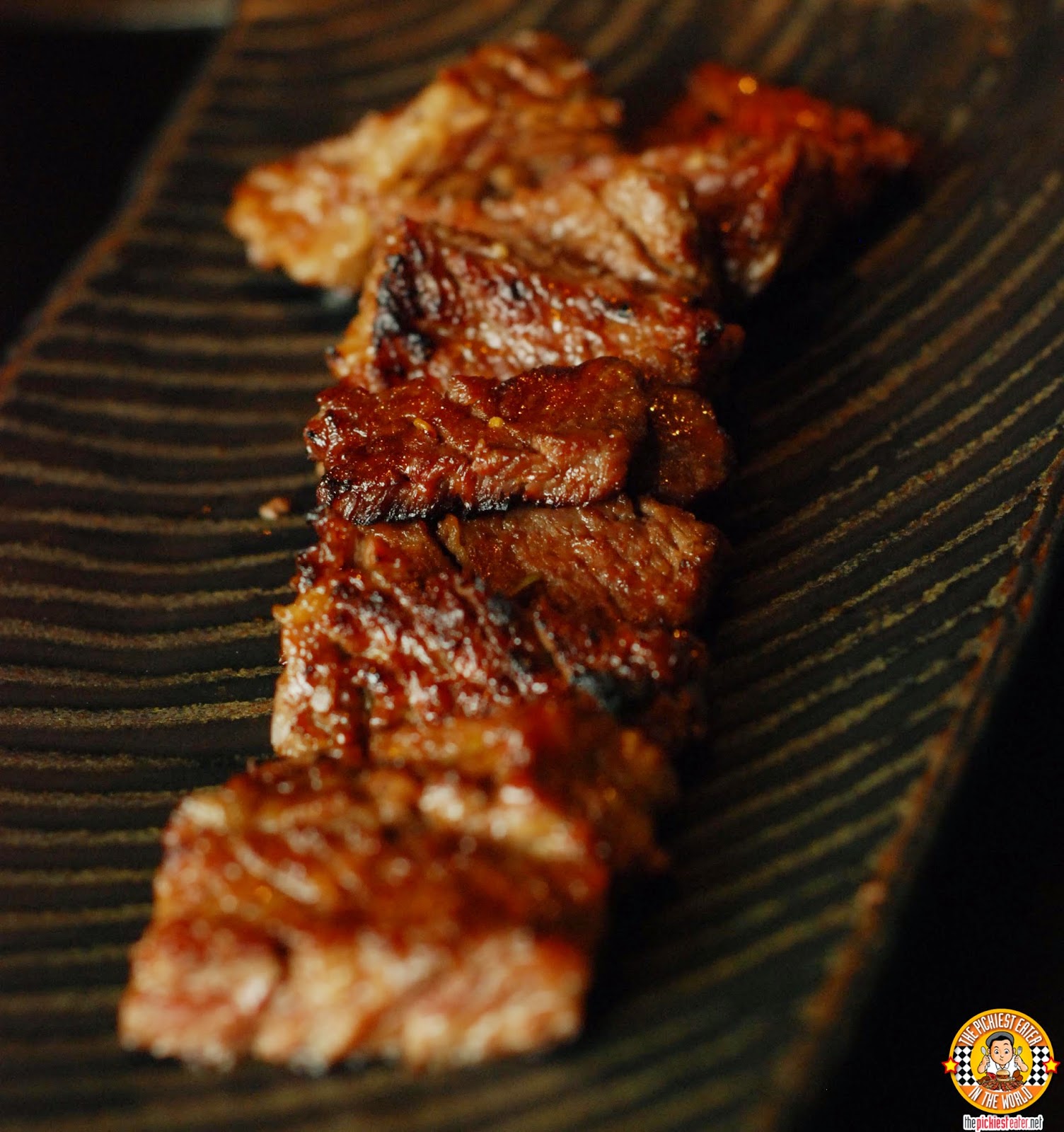 We had four different types of Korean BBQ, each one seemingly better than the next.   Granted, I was only able to try a handful of restaurants during my trip to Korea, but I can safely say that my Yoree Korean Barbecue experience topped any place that I had eaten at during my visit to Seoul. 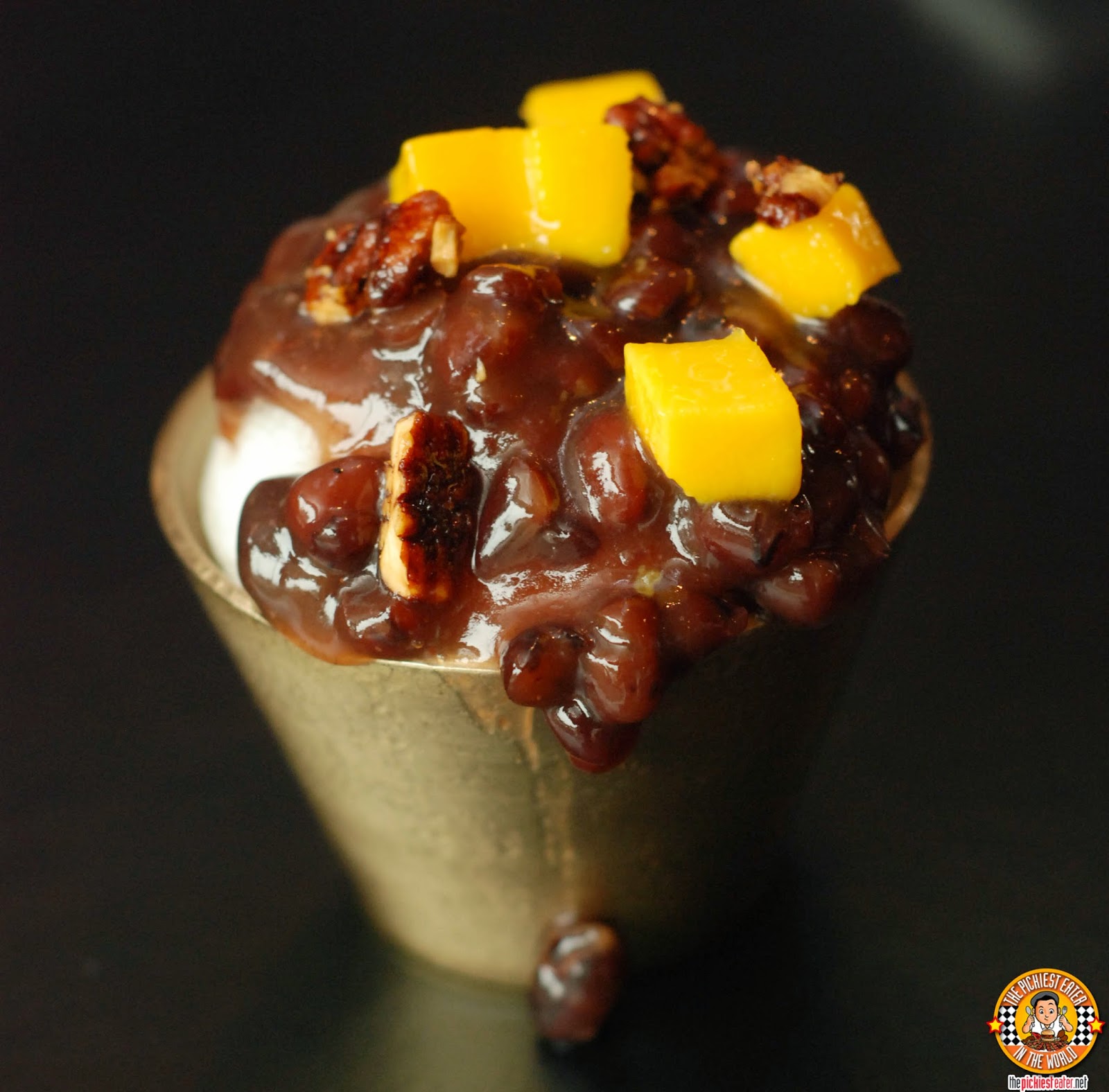 Just when I thought we were just about done, we had the Pat Bing-Su, a refreshing shaved iced dessert. After creamy milk is doused into the ice, it is topped with red beans, candied pecans and bit of sweet mango. Great play on flavors and textures, making it an excellent way to end your epic meal at Yoree. 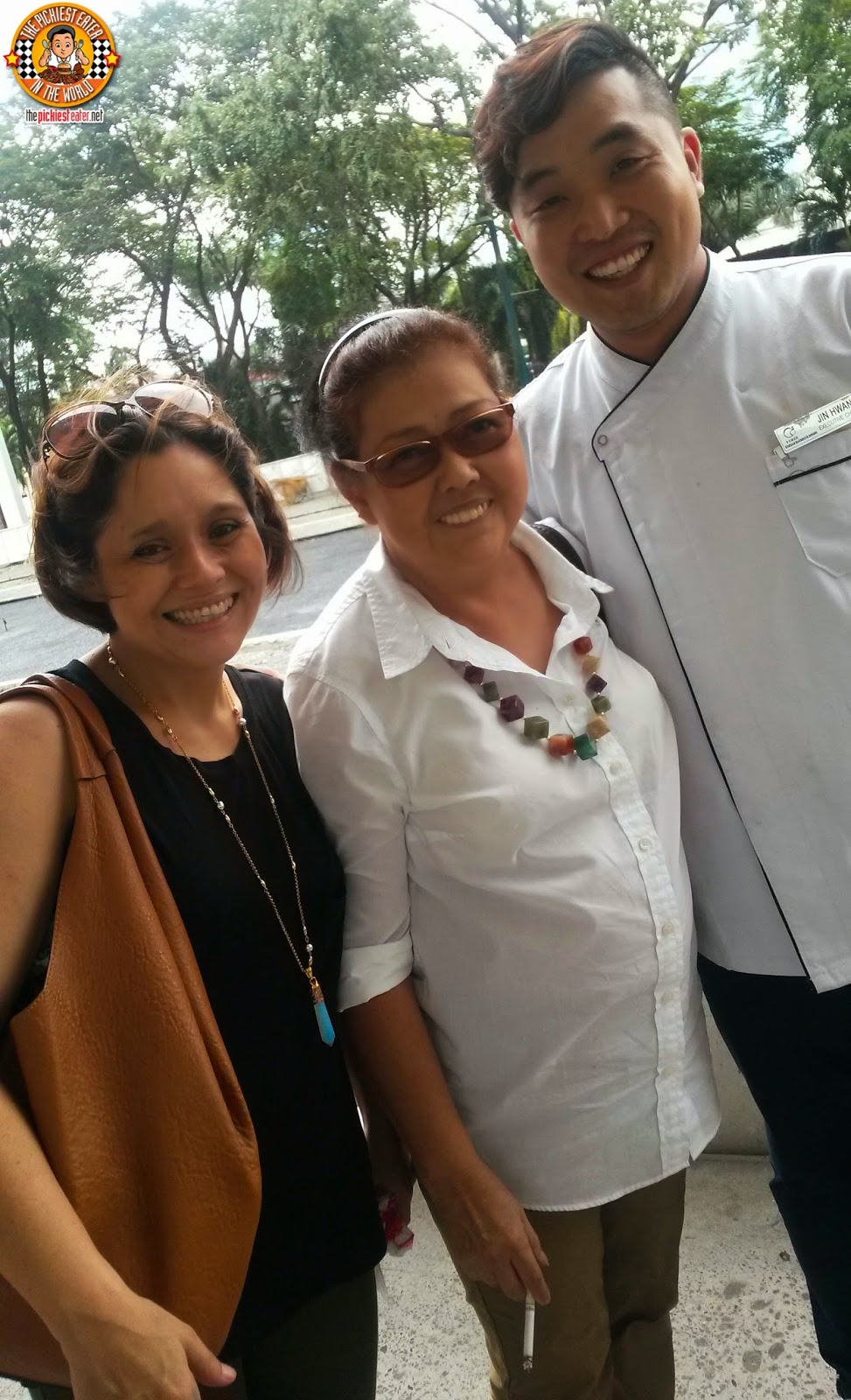 I loved Yoree Korean Barbeque Dining so much, I decided to take my entire family there for my eldest sister Raquel's birthday! My mom, is crazy over anything Korean, gave it her stamp of approval! Afterwards, my mom and Raquel gamely posed with Yoree's Executive Chef, Chef Jin!

I've been to Yoree three times in the span of a month, and truth be told, I would go back again in a heart beat. THIS is the Korean restaurant to beat right now.

Posted by The Pickiest Eater at 12:19 AM