THE MCGRIDDLES ARE NOW IN THE PHILIPPINES! 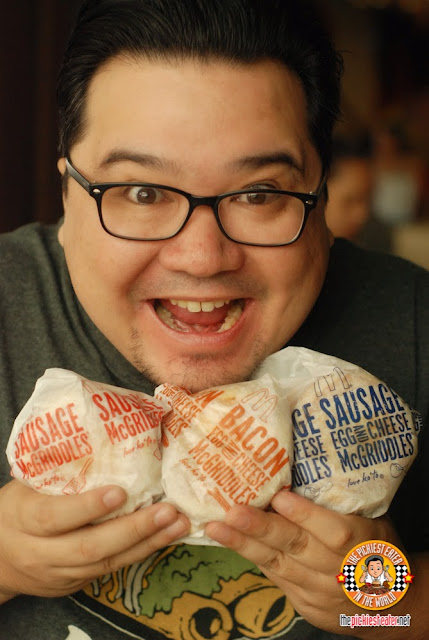 I still remember the morning after I arrived at the United States. I had a whole slew of restaurants that I intended to invade, and I couldn't wait to make my way through that list. A lot of those places were restaurants I found in Man V. Food and other food shows I'm obsessed with but, but for some reason, the first thing I wanted to try was a McGriddle from McDonald's.

Thankfully there was a McDonald's 5 minutes away from my Uncle's place where we were staying at Laguna Niguel, in Southern California, so my brother and I made the quick drive, first thing the following morning of our arrival.

What makes the McGriddle rather unique is the way the "Griddle Cakes"- which serve as the sandwich buns-, have the maple syrup baked into it, giving the cake a tinge of sweetness that goes well with whatever savory filling you choose.

I really enjoyed the McGriddle, and I must have gone back for one at least four or five other times during my 5 weeks in the United States. My mentality was to enjoy it as much as I can, because I highly doubted that the McGriddle would ever be available in the Philippines anytime soon.

I'm proud to announce that the McGriddle is now available for breakfast at selected outlets here in the Philippines! 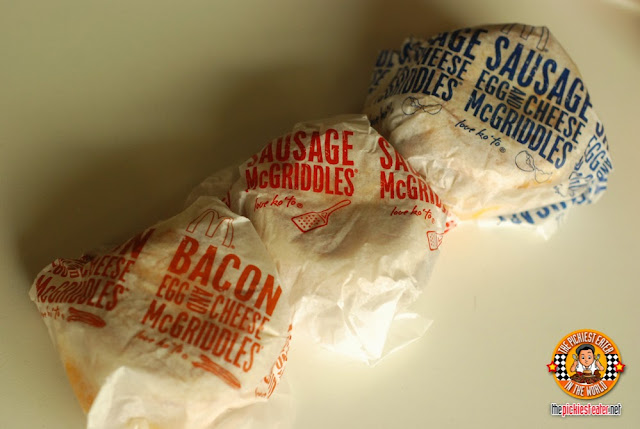 The McGriddle is available in three variants: 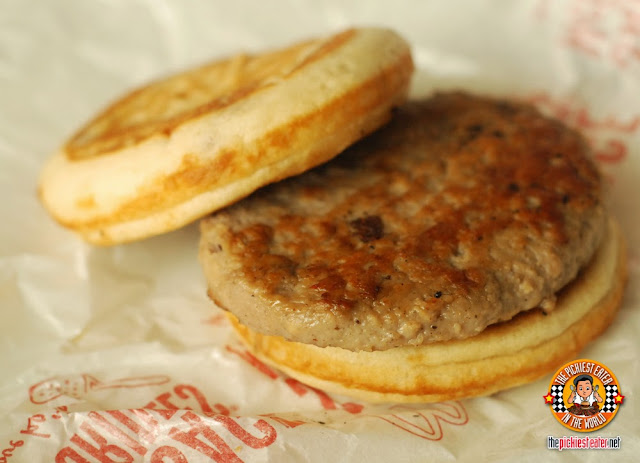 The most basic of the McGriddles is actually my favorite. The innate sweetness of the griddle cake goes perfectly with the savory goodness of the sausage. 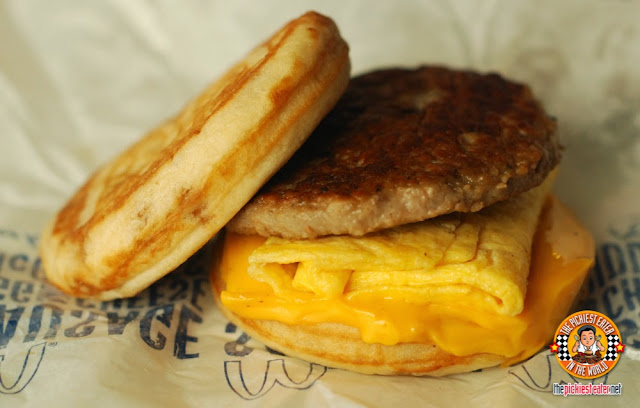 Rina loves having eggs with her breakfast, so she preferred the variant with Scrambled egg. The creaminess of the eggs was a nice touch to the Griddle sandwich. 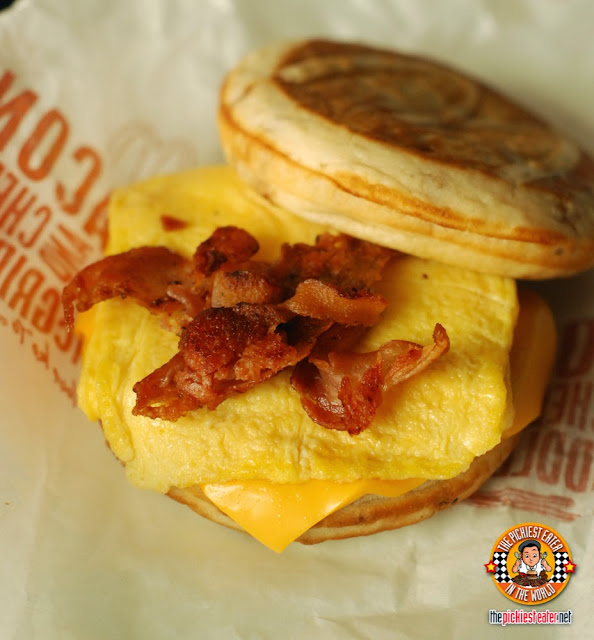 The sweetness of the griddle cakes really goes well with the smokey bacon, and delicate richness of the cheese. And besides, it's bacon, so it's awesome by default. But the reason why I prefer the Sausage McGriddle is because there's nowhere enough bacon in here for me hehe 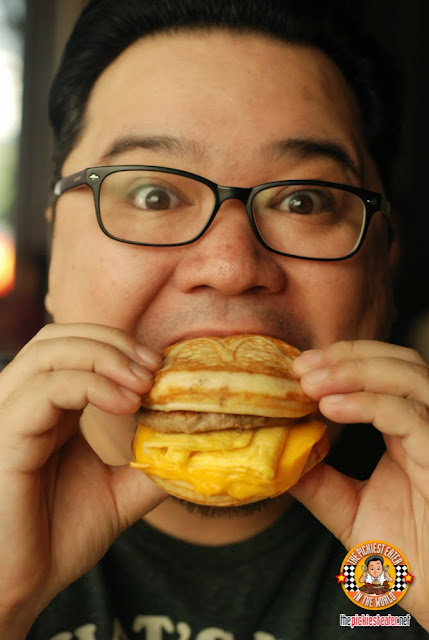 WHERE IS THE MCGRIDDLE AVAILABLE IN THE PHILIPPINES?

Unfortunately, it's still in limited release, with only the following branches carrying it during breakfast hours:

McDonald's Branches in The Philippines with McGriddles:


It's here for a limted time only so I would try it as soon as you can! 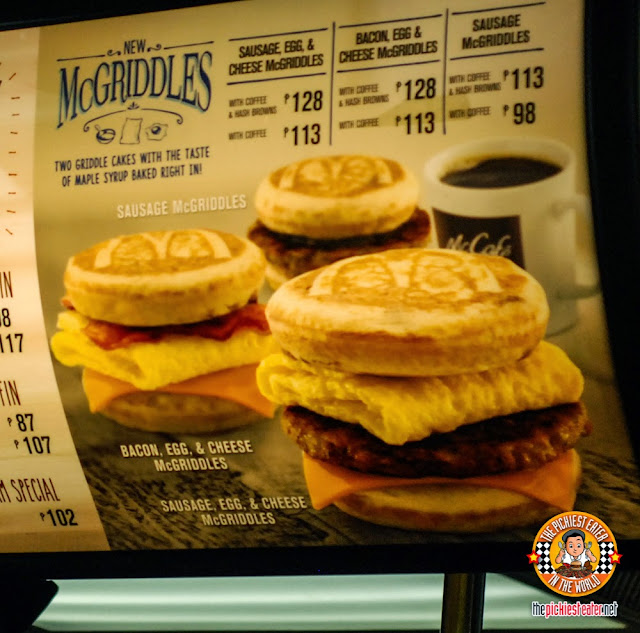 Posted by The Pickiest Eater at 8:38 AM