NO GOODBYES AT SUMMER PALACE 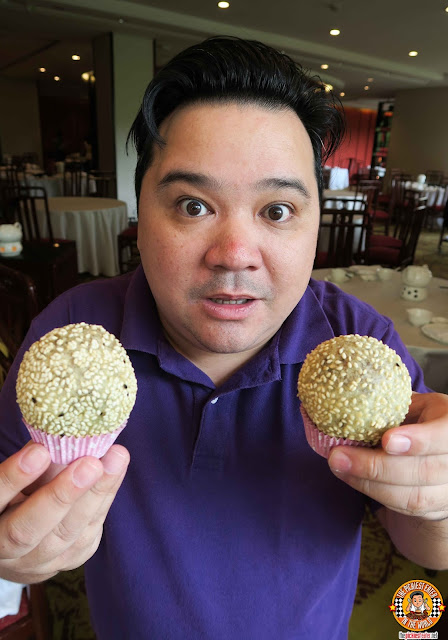 I was asked during my lunch at Summer Palace at Edsa Shangri-la what my favorite cuisine was, and without batting an eyelash I promptly replied, "I can't decide between Chinese or American.". However, as the meal progressed, and my tummy getting filled by the second, yet my mind refusing to hit the brakes, it became clearer and clearer what the true answer was.

Chinese Food is my favorite cuisine, and Summer Palace has one of the best Chinese Cuisine in the metro. 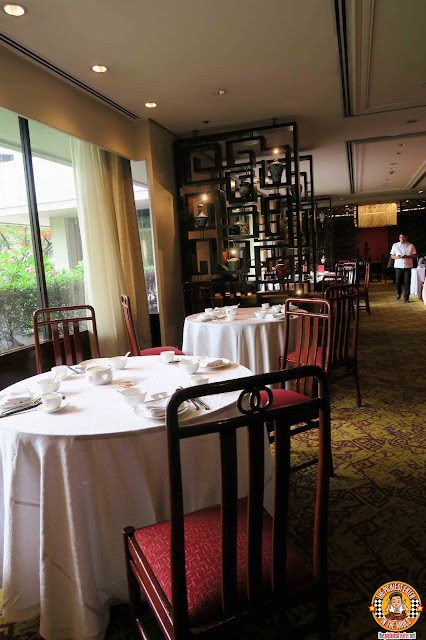 Walking into Summer Palace reminded me of the old grand, Chinese restaurants that I would visit with my family every Sunday after mass. However, I don't want to get too much into detail about Summer Palace, as their original location is currently undergoing an extensive renovation, and they have moved to a make shift area on the same floor. The floor area might not be as big as the original, however the quality of food is still the same. 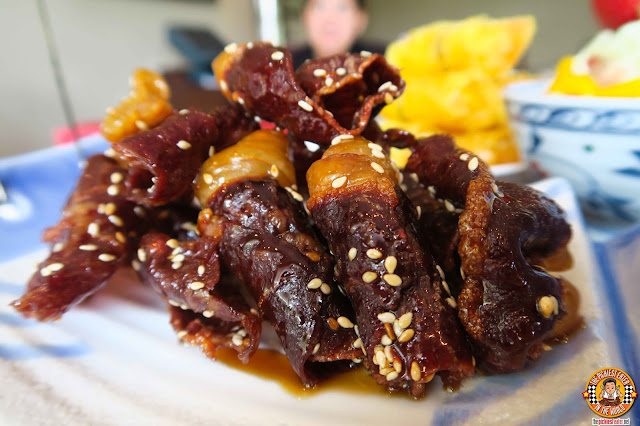 Though the Fried Crispy Beef (P530) is listed as an Appetizer, I honestly have absolutely no problem treating this as an entree. This is one of the best things you'll ever try on the menu of Summer Palace. Paper thin slices of Beef Strips, fried to a delightful crisp and glazed in a golden sweet sauce that offers just the simplest hint of heat, keeping your taste buds curious.

If you can eat only one of these, then you my friend, are a stronger person than I. 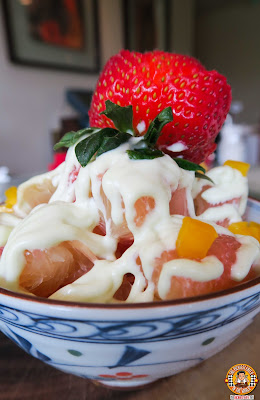 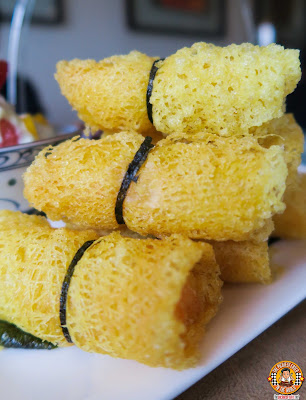 As I munched on Crispy Beef, I almost missed out on the other starters available, such as the Chilled Pomelo Fruits In Wasabi Sauce (P400) and the Fried Crispy Seafood Roll (P220). The fresh tartness of the Pomelo complimented the creamy kick of the Wasabi Sauce, while the Seafood Roll's crunchy exterior gave way to a creamy minced seafood filling. 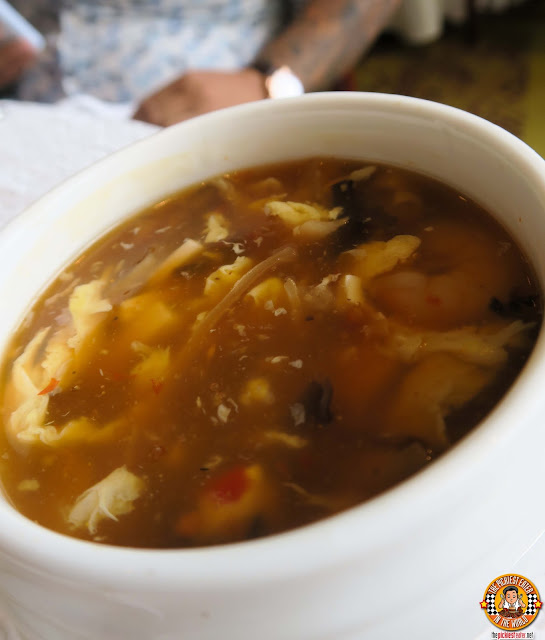 Also served was the Hot and Sour Soup (P390) which I've never been a fan of, however I must admit, Summer Palace's version was among the better ones that I've tried. 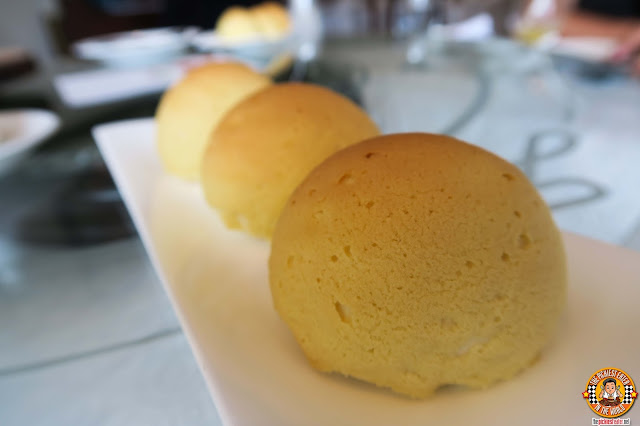 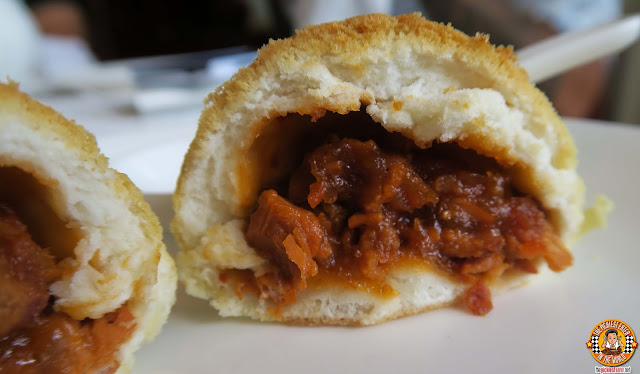 Summer Palace's Baked Barbecue Bun (P190) is good enough to give Tim Ho Wan's iconic version a run for its money. The meat was tender and sweet, parang pwede pang boyfriend material (Kidding). The bun wasn't as flakey as THW's, but it was still quite delicious nonetheless. 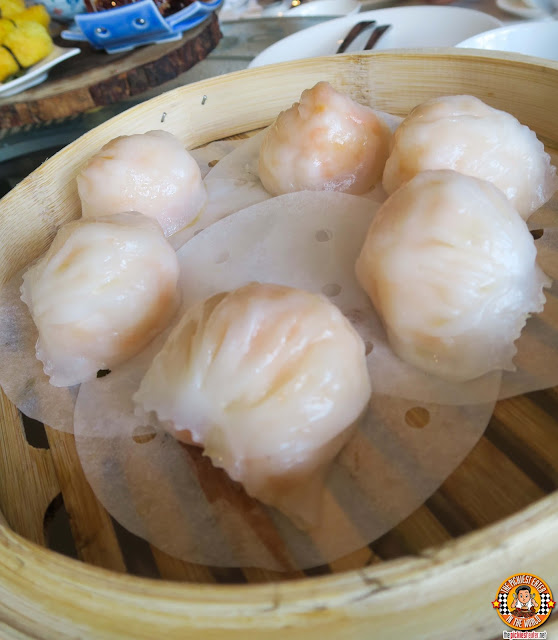 I don't eat Hakao (P220), but I knew Rina would be left in awe at the size of these shrimp dumplings. Plump and packed with pure prawn meat sans the fat or any form of extenders, during our next visit to Summer Palace, Rina made sure to get one order just for herself! 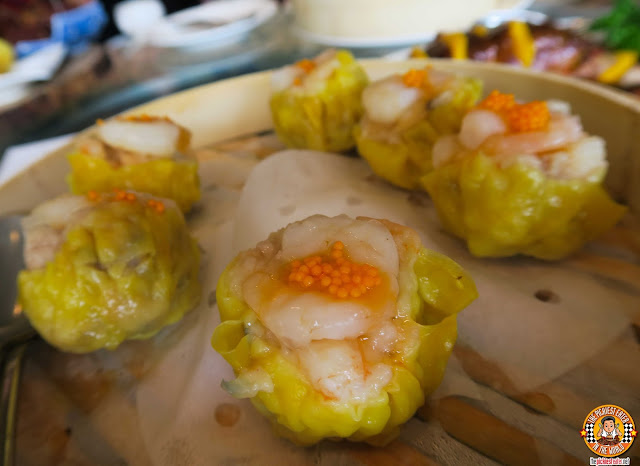 No Joke, Summer Palace's Pork Siomai (P220) is almost as big as my fist. Ground Pork, mushrooms, and other Chinese spices are rolled into a wanton wrapper, and topped with a big piece of shrimp, and steamed to delicious goodness. 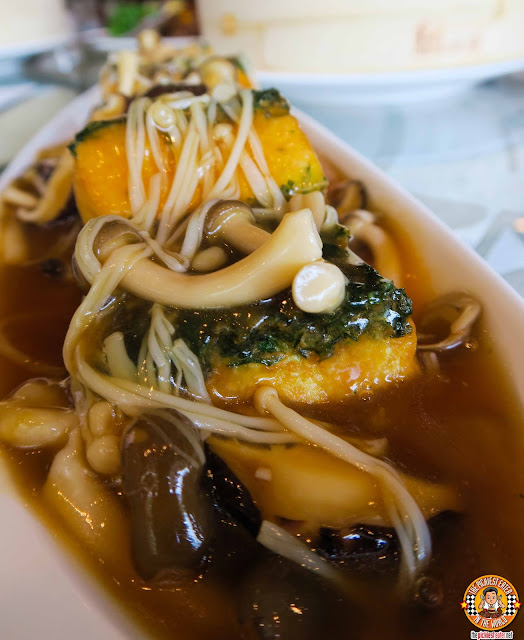 I know I joke a lot about hating Tofu, but the truth is I've actually warmed up to it in recent years, depending on how it is prepared. Summer Palace's Homemade Tofu with Mushroom (P720) is one of those dishes that helped me see that Tofu isn't actually all that bad.

Pillowy slices of Bean Curd are drowned in a thick sauce, and topped with a medley of braised mushrooms, giving it a surprising savoriness. 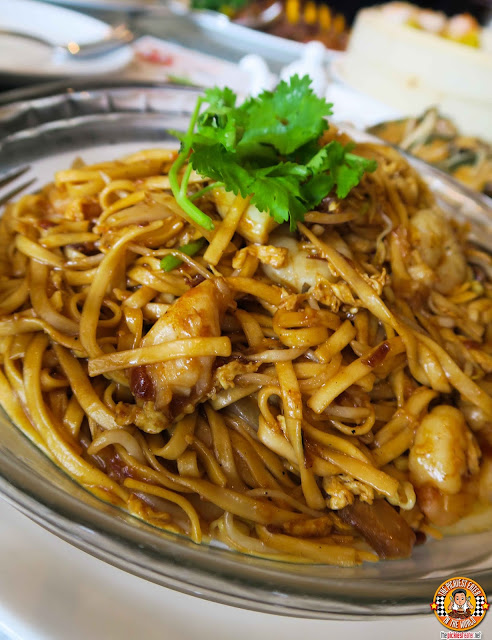 I LOVE Birthday Noodles (P540), and Summer Palace makes one of the best I've ever tried. The noodles were perfectly cooked, and peppered with loads of Chicken chunks, as well as pieces of shrimps. As I write this, it got me craving for noodles so badly, I've decided to have some Lucky Me noodles made (Beggars can't be choosers). 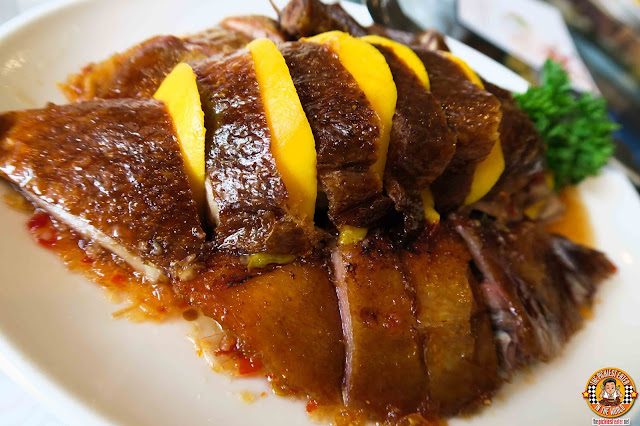 Another revelation for me was the almost Mythical sounding, Roasted Duck with Mango Fruits, “Unicorn Style” (P1,900). This was absolutely amazing. A perfectly roasted Half Duck is sliced and infused with Mango slivers, and doused in a sauce reminiscent of sweet chili. The contrasting flavors melded together perfectly 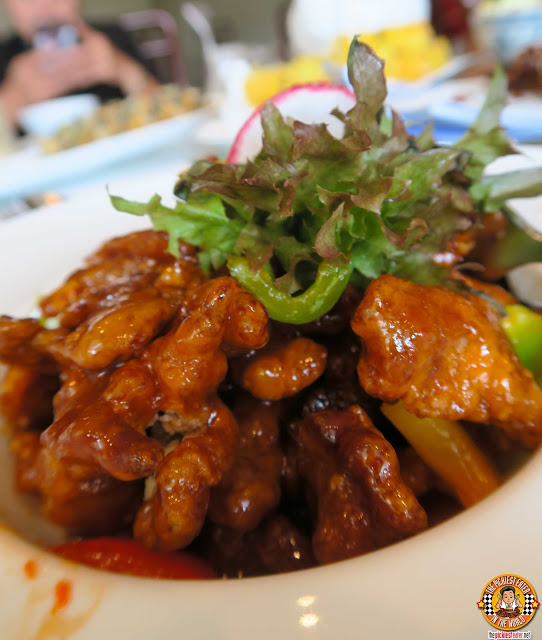 Ok I'm going to say this right now.. And remember, this is my own honest, humble opinion..

Summer Palace's version is everything I look for in Sweet and Sour Pork, and believe me, considering it's been my favorite dish since I was a child, I know my sweet and sour pork.

First off, the meat had a delicate crispiness to its exterior, without becoming too hard or dry. I'm guessing it might be tedious having to nail the timing of the frying, but Summer palace nailed it.

Second, I don't like it when my sweet and sour pork is too heavy on the sauce, to the point that it almost becomes watery. For me, my favorite sweet and sour dishes actually have barely any sauce, with most of the sauce glazing the meat cutlets.

This was the best Sweet and Sour Pork I've had in a while, and if you can find me something better, I would sure love to hear where I could find it! 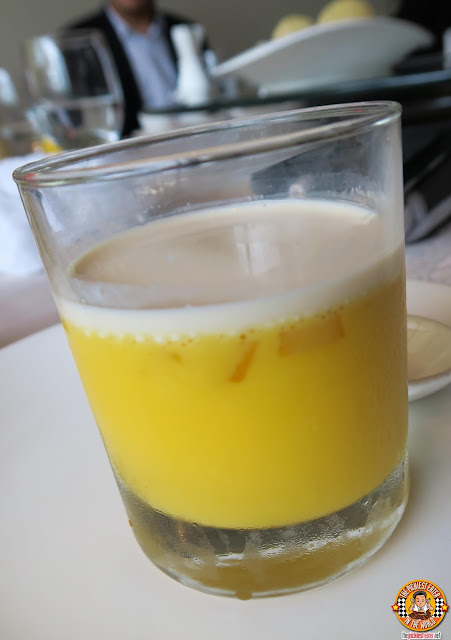 As a refreshing palate cleansing dessert, we were served the Chilled Mango Pudding (P180). The balance between sweet and tart was excellent, with the chunks of mango serving as the perfect balance for the creamy pudding. 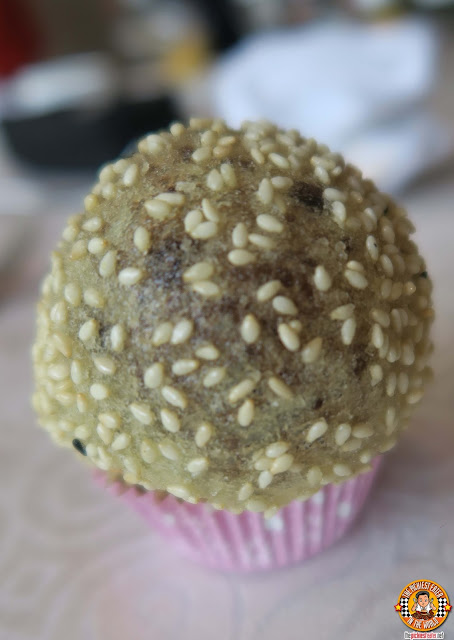 Just like their dimsums, their Buchi (P250) is also quite massive. It's honestly almost tennis ball-esque. Though the sheer size of it can be daunting on the onset, but it's actually quite light and airy, and it kind of deflates after your first bite, so it's really quite easy to devour it. 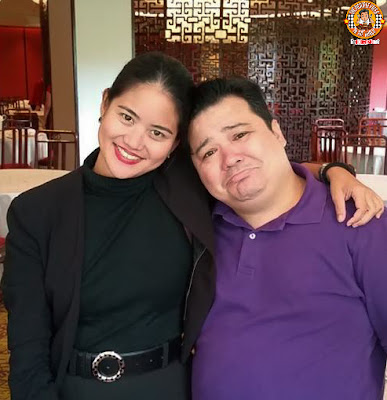 My first time at Summer Palace was a tad bittersweet, because it also marked the last day at work of my dear friend Aimee, from the Edsa Shangri-la Marketing group, who decided to leave to pursue her passions. I know we'll still see each other again, but of course I'll still miss her! 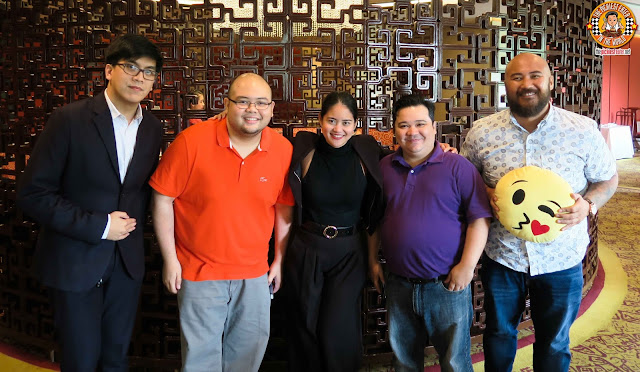 Summer Palace is truly one of the best Chinese Restaurants in the country, and I'm glad I was able to experience it before it goes under renovation. I'm also looking forward to what they have in store for us when they re-open!

During the renovation, Summer Palace will momentarily be relocated at The Marquee on the second level of the Tower Wing and continue to serve its famed dishes and celebrate special moments as it makes way for the reinvention of this classic.